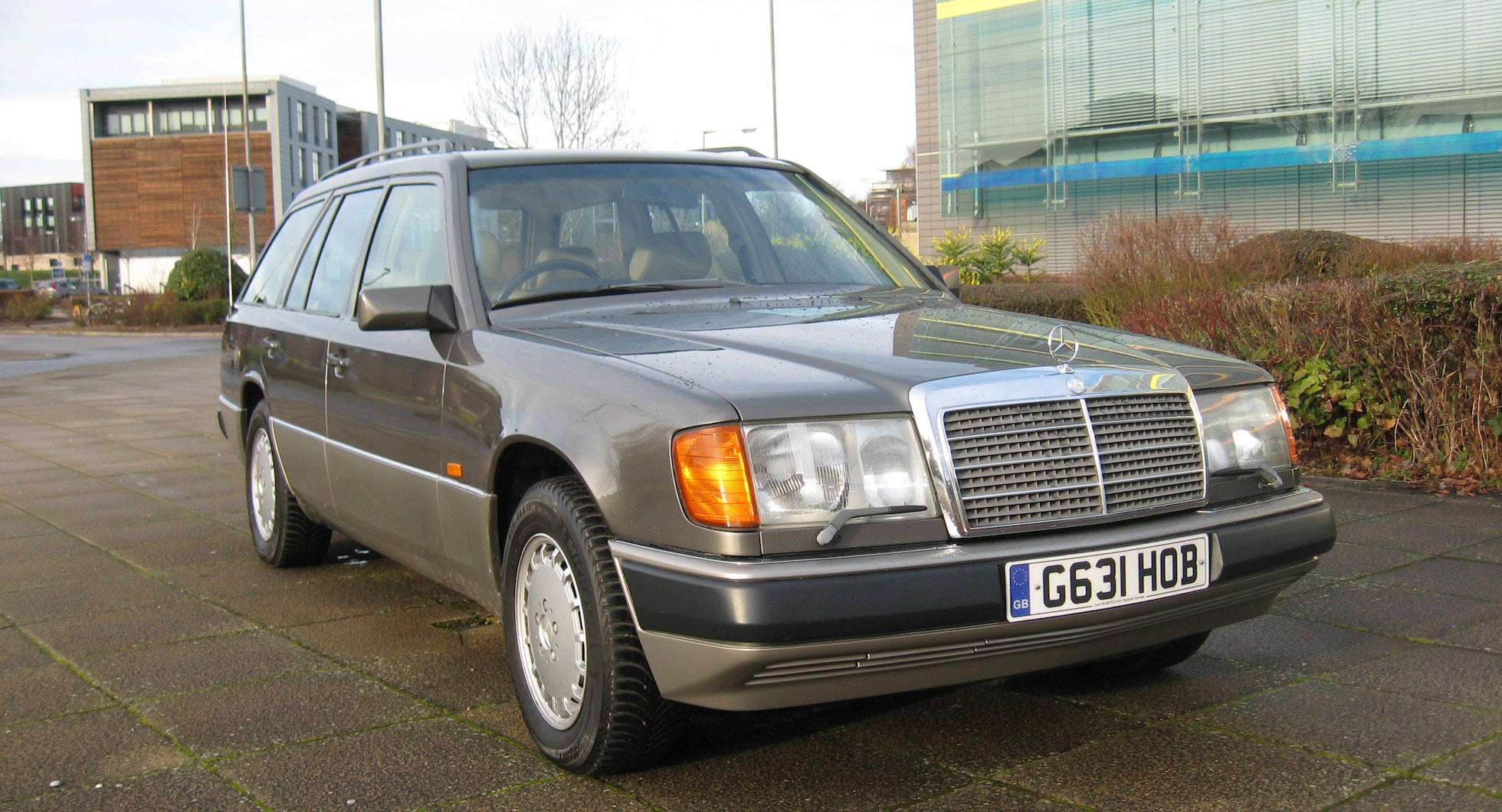 This Mercedes-Benz 300 TE 4Matic is a handsome and practical modern classic estate car, which benefits from a great specification and all-wheel drive. It is powered by the 3.0-litre straight-six M103.985 petrol engine, producing 188bhp, and has on-demand four-wheel-drive via the four-speed automatic transmission. The odometer shows just 87,727 miles from new. 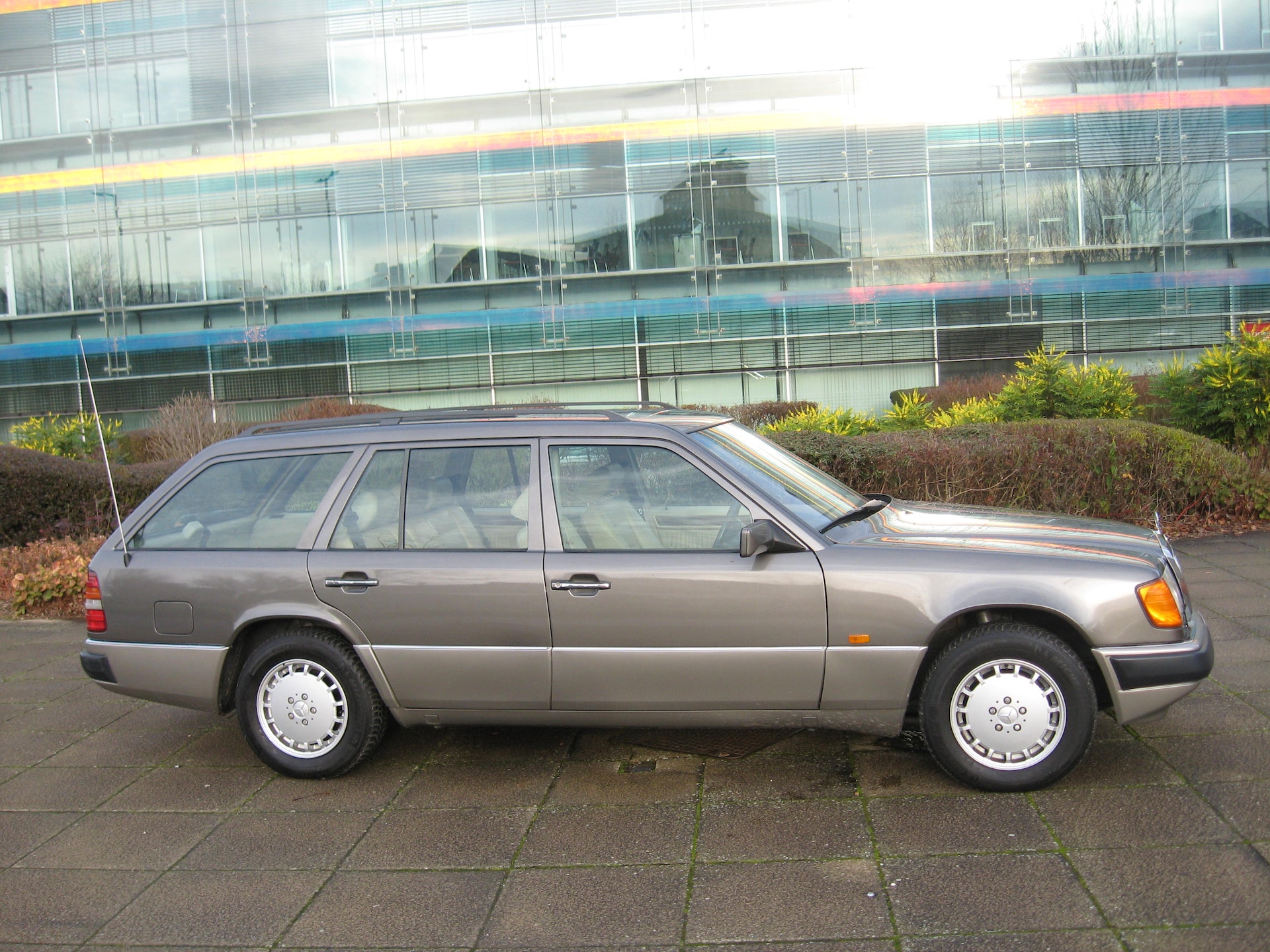 Completed at the factory at the beginning of 1990, it was delivered new in the UK and first registered in February 1990. Almost immediately after this, it is understood that the car was taken down to the then owner’s home in Barcelona, where it remained in use for the next 14 years. After this, it came back to the UK, and it is believed to have been used only sparingly since then. 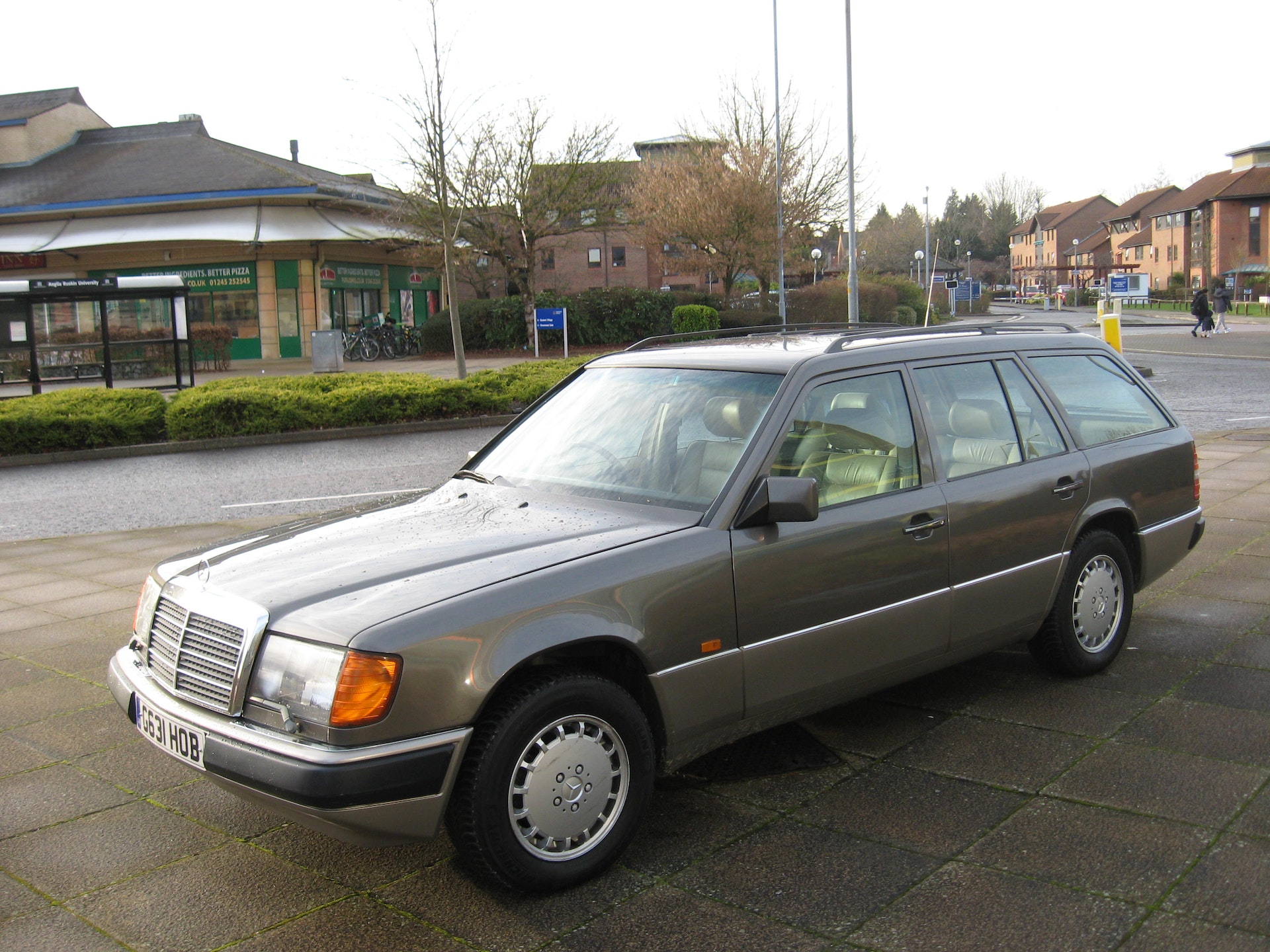 Between 2006 and 2017, the odometer was not functioning, but the total mileage covered during this period was no more than 30,000 miles. Therefore, in 2018, the speedometer was professionally refurbished and the odometer was adjusted to a corrected and honest reading of around 85,000 miles. In total, there are four previous registered keepers, and the owner has covered around 1,000 miles on the road since acquiring the car last year. 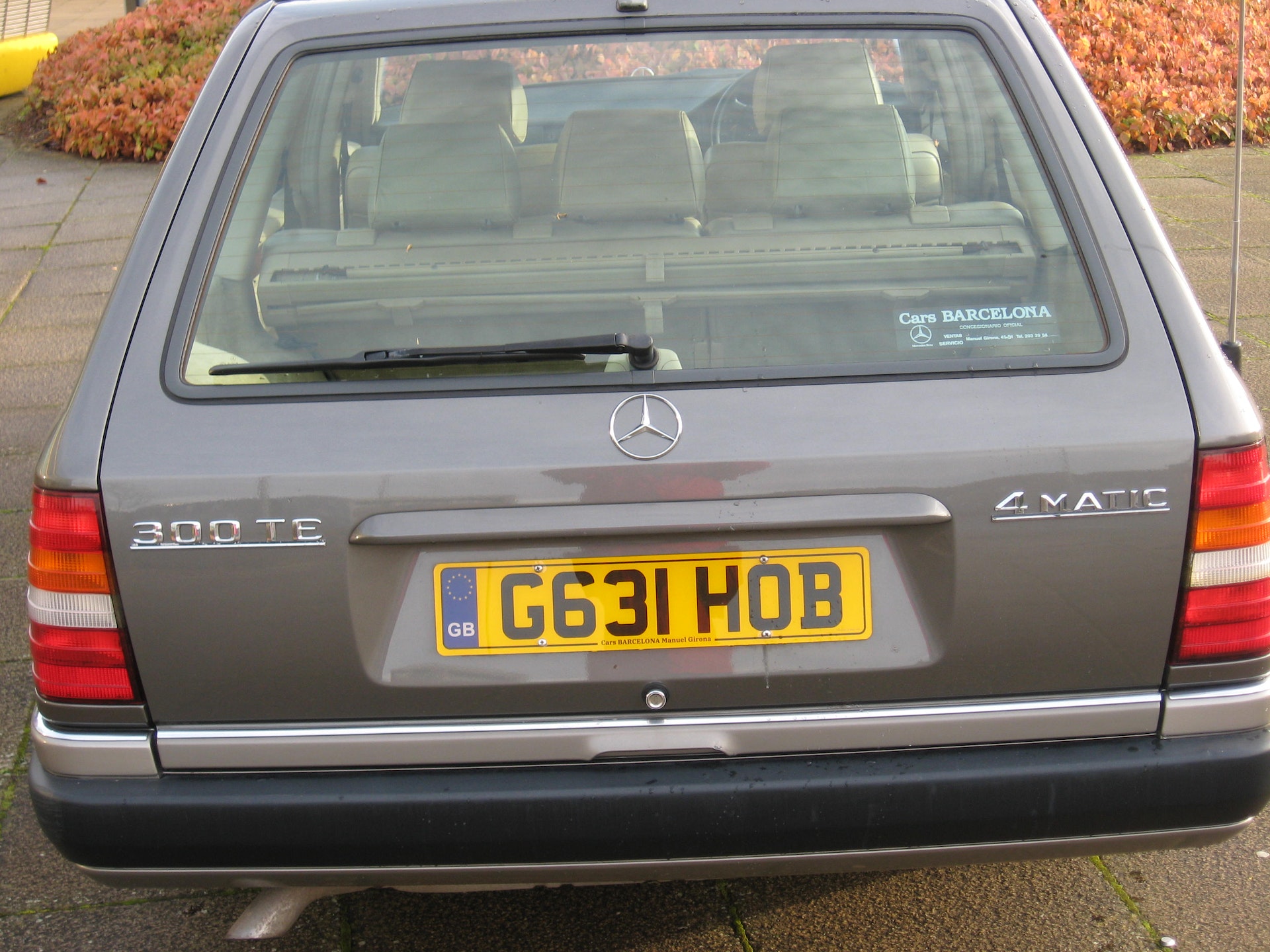 Its bodywork presents in very good condition, straight and solid with no blistering or patches of rust where they are often found on a W124-series model. Given the age and mileage, it’s almost certain that the car has had remedial paintwork to smarten up the exterior at some point, but there is a smooth and even finish all around the body. Some small scuffs on the plastic bumper trims and the odd chip in the paint are the only blemishes noted by the vendor. 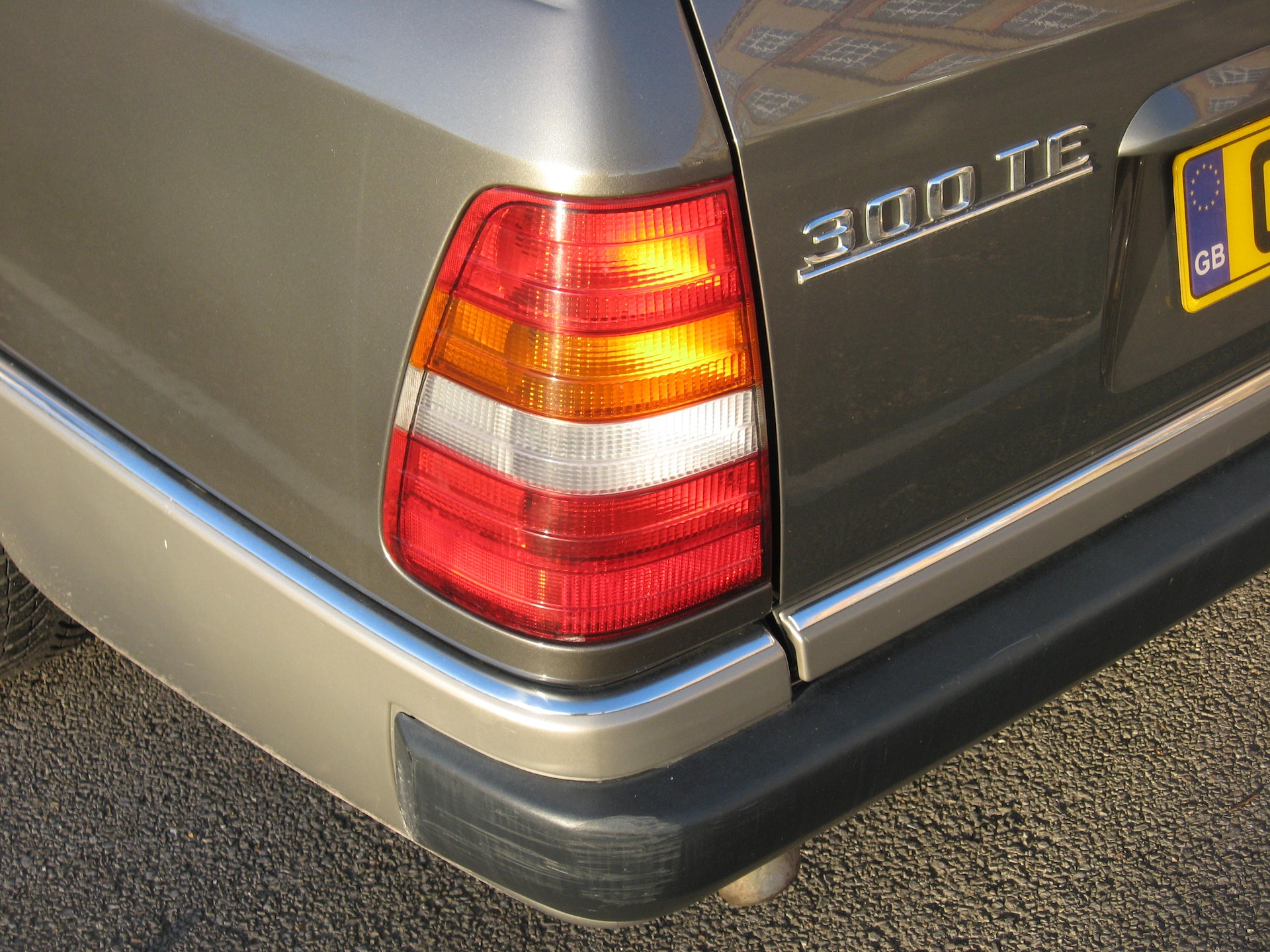 The brightwork is all in very good order, as are the light lenses. Its windows are free of cracks or chips, and the rubber seals all appear to be sound. The car sits on its original set of 15-hole alloys, which have only a few minor kerbing marks and scuffs on two of the wheels. In general, the car presents very smartly, as the full photo set below shows. 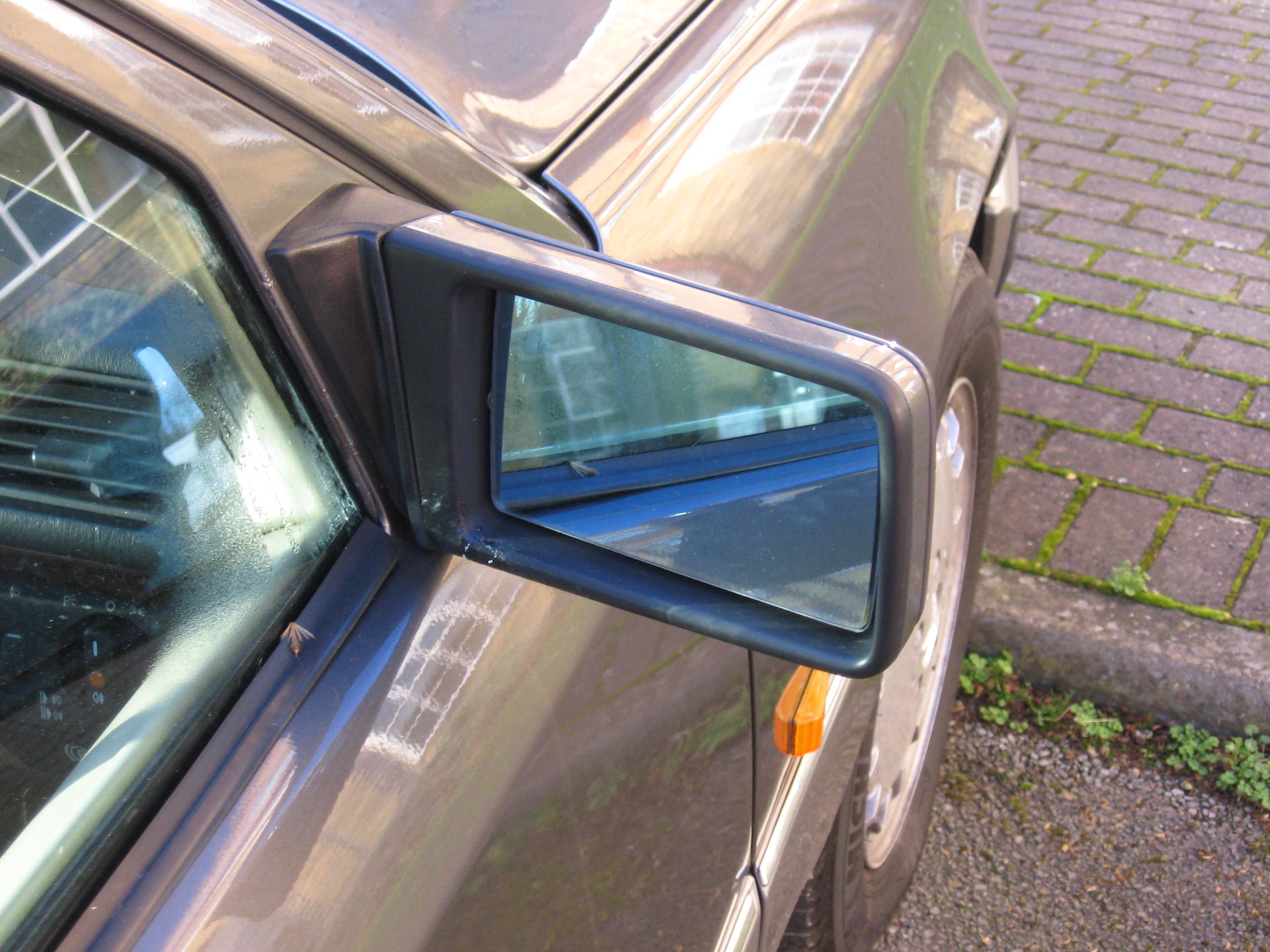 Inside, the beige leather upholstery is in great condition, with only some slight wear and discolouration on the driver’s seat backrest bolster as pictured. The walnut burr wood veneer trims are in good order, and the beige carpets are complemented by a set of tailored floor mats. 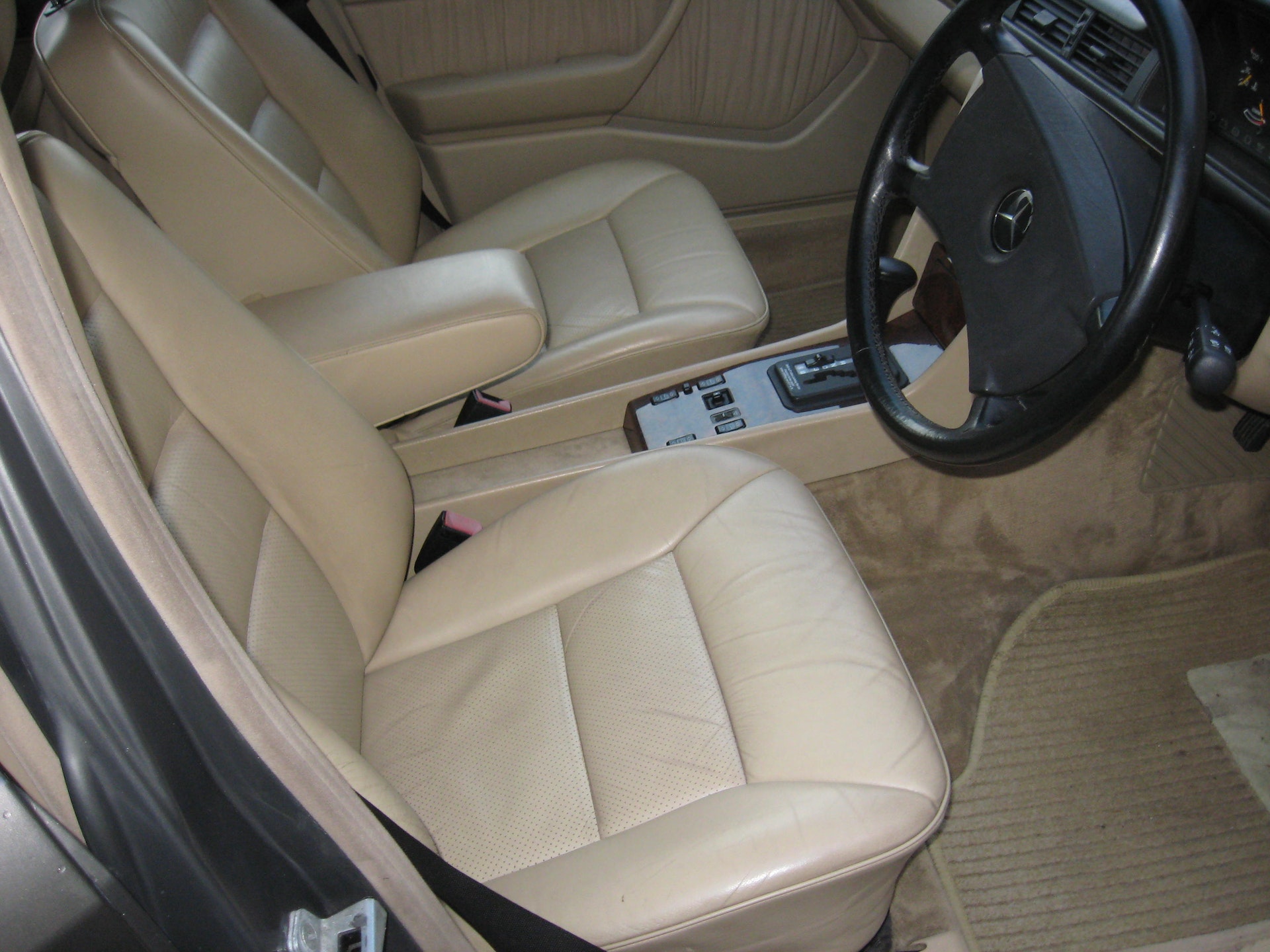 Factory-fitted equipment includes the dual-zone Behr air-conditioning system, an electric sliding sunroof, front and rear electric windows, and a Blaupunkt San Diego DJ31 stereo unit. At the back of the car, the boot is in great shape, retaining the original double roller tonneau cover and load bay separator. There are two large under-floor boot storage areas, and compartments on either side house the full-size spare wheel, warning triangle, jack and even the original first aid kit. 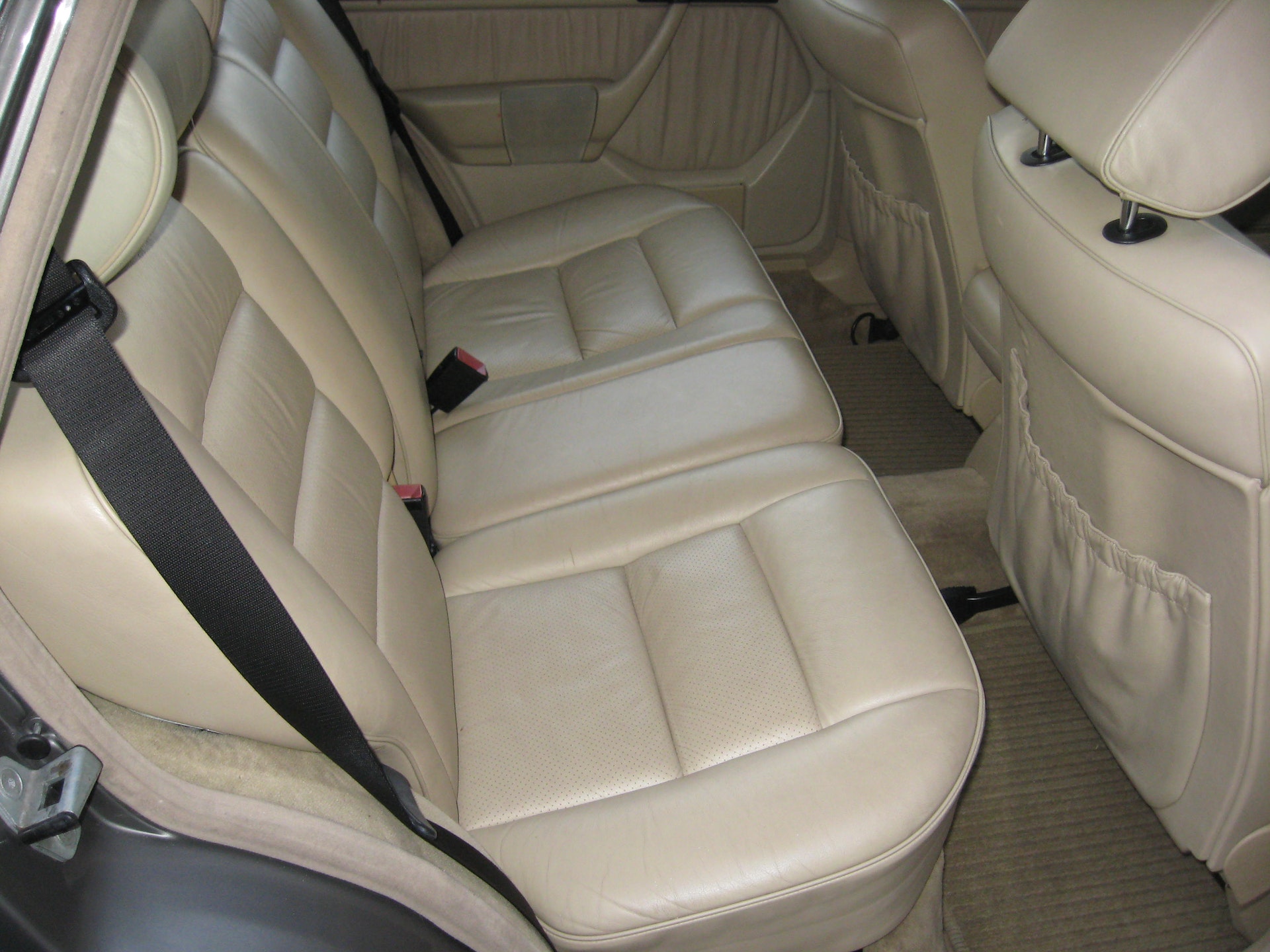 While the original stamped service book was unfortunately misplaced by the servicing dealer in Spain, the car was looked after by the main Mercedes-Benz concessionaires during its time in Barcelona. It remains in good mechanical order today, and should prove to be a reliable and practical classic, even for daily driver duties. 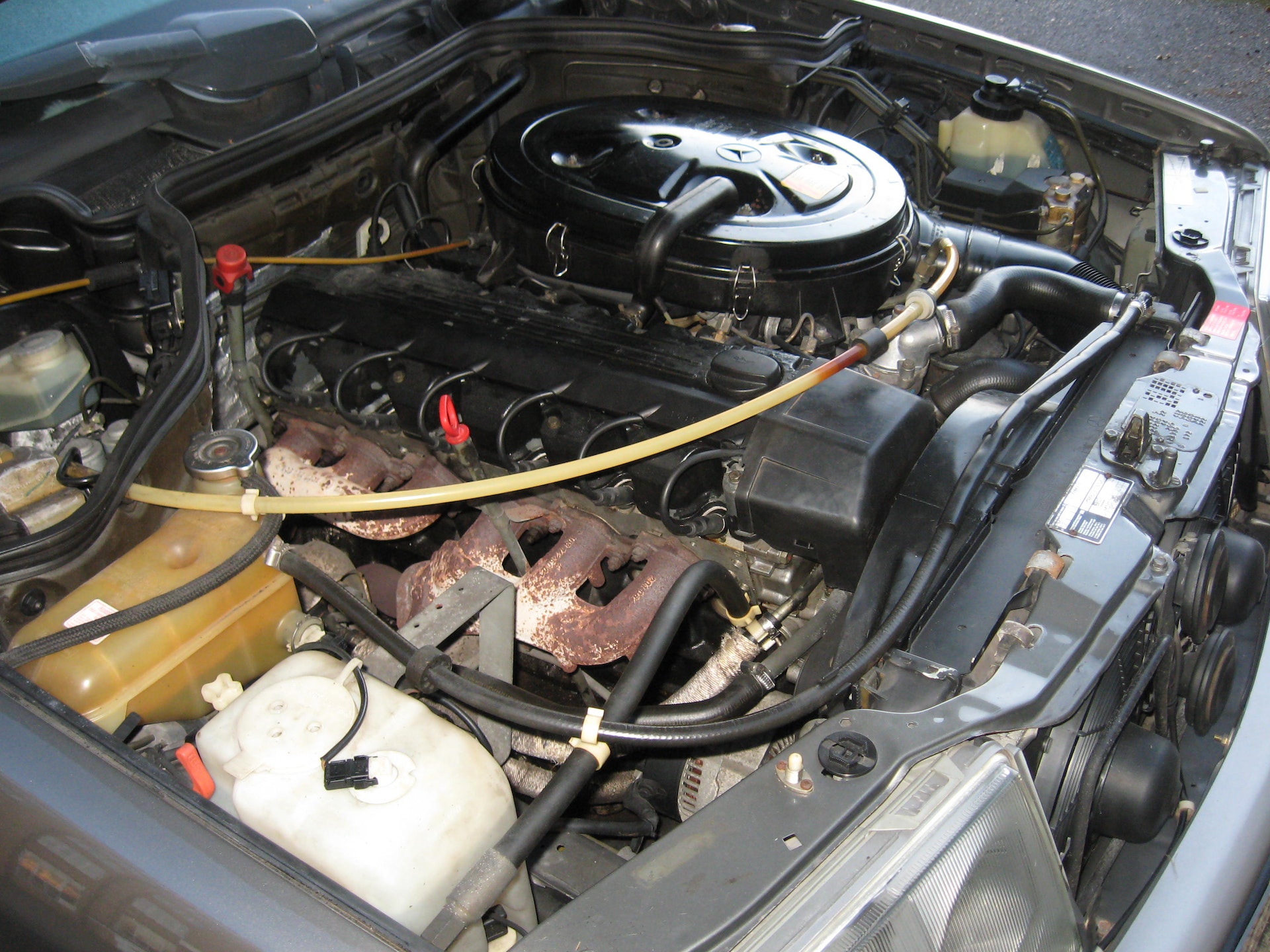 The most recent scheduled maintenance was in April 2019 at independent garage Clark and Ortiz in Chelmsford. This comprised of an engine oil and oil filter service, along with new spark plugs and new engine mounts. 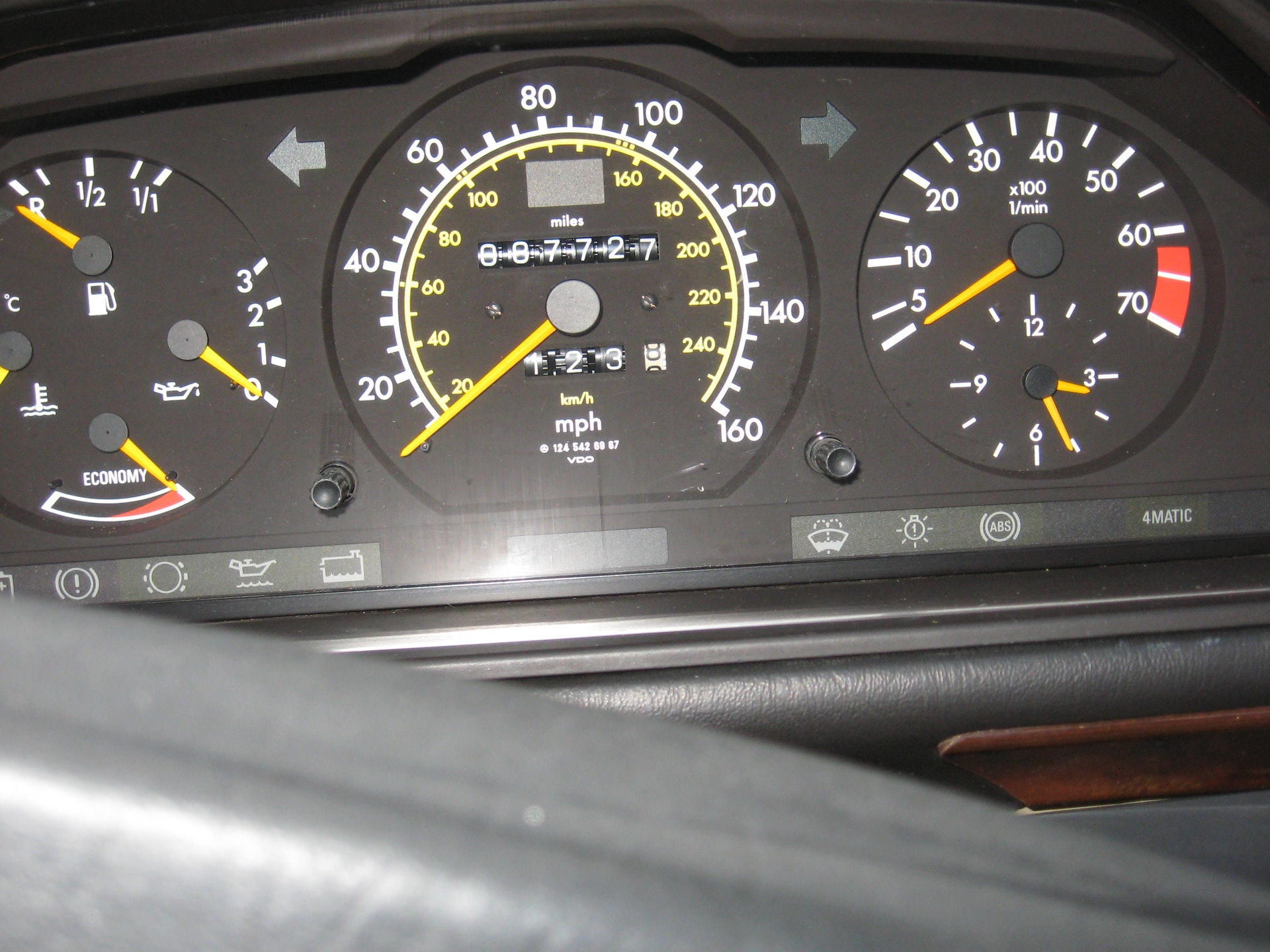 Its last MOT test was on 8 May 2019 at 87,622 miles, which resulted in a first-time pass with only two advisories regarding a deteriorated CV joint gaiter and some cracking in a tyre. Both of these were rectified immediately, with a new rubber gaiter being fitted, and all four tyres being swapped for a fresh set of Michelin Alpin in size 205/65 R15. The tyres remain in good condition with around 6mm of tread. 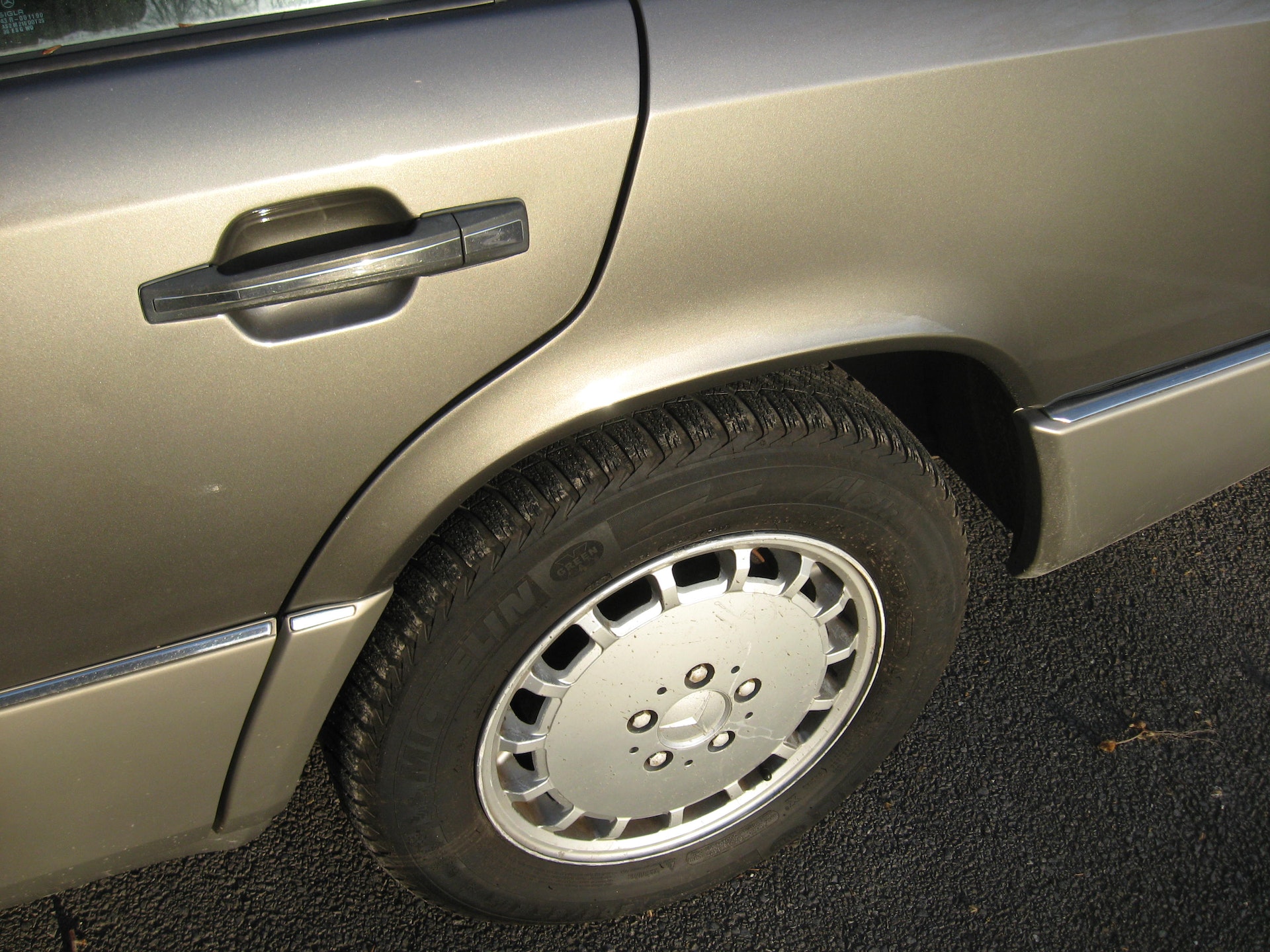 Accompanying the car is the original Mercedes-Benz wallet, along with the owner’s manual and other sales literature. There are also a number of invoices from previous owners in the history file. 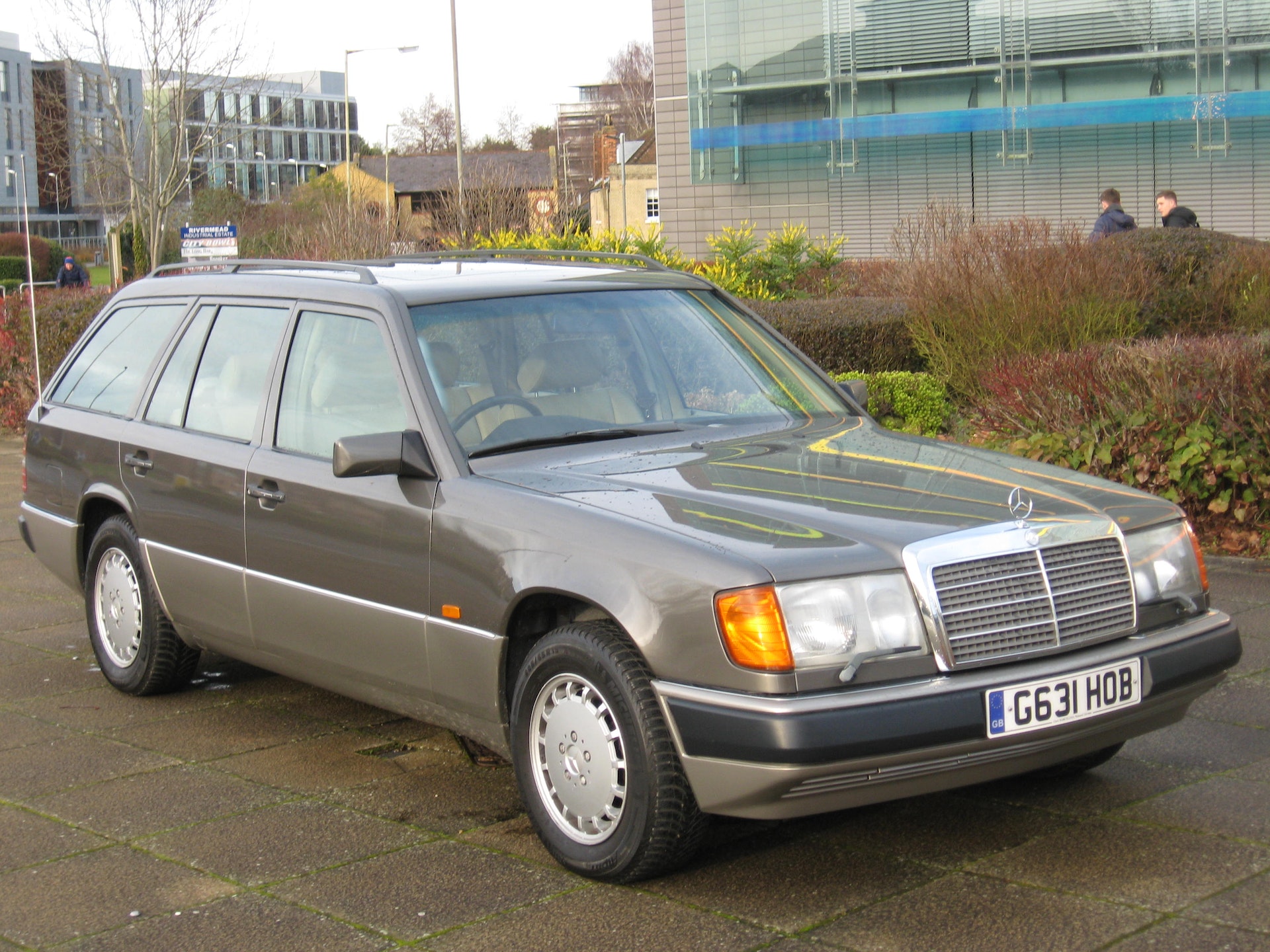 This Mercedes-Benz 300 TE 4Matic is an appealing estate car in a handsome colour combination, and with the added benefit in wintry conditions of the early all-wheel drive system. These cars are often referred to in the context of their robust build quality, and this example still presents very well, with a particularly impressive interior. This is an opportunity not to be missed if you are looking for a smart and usable modern classic.