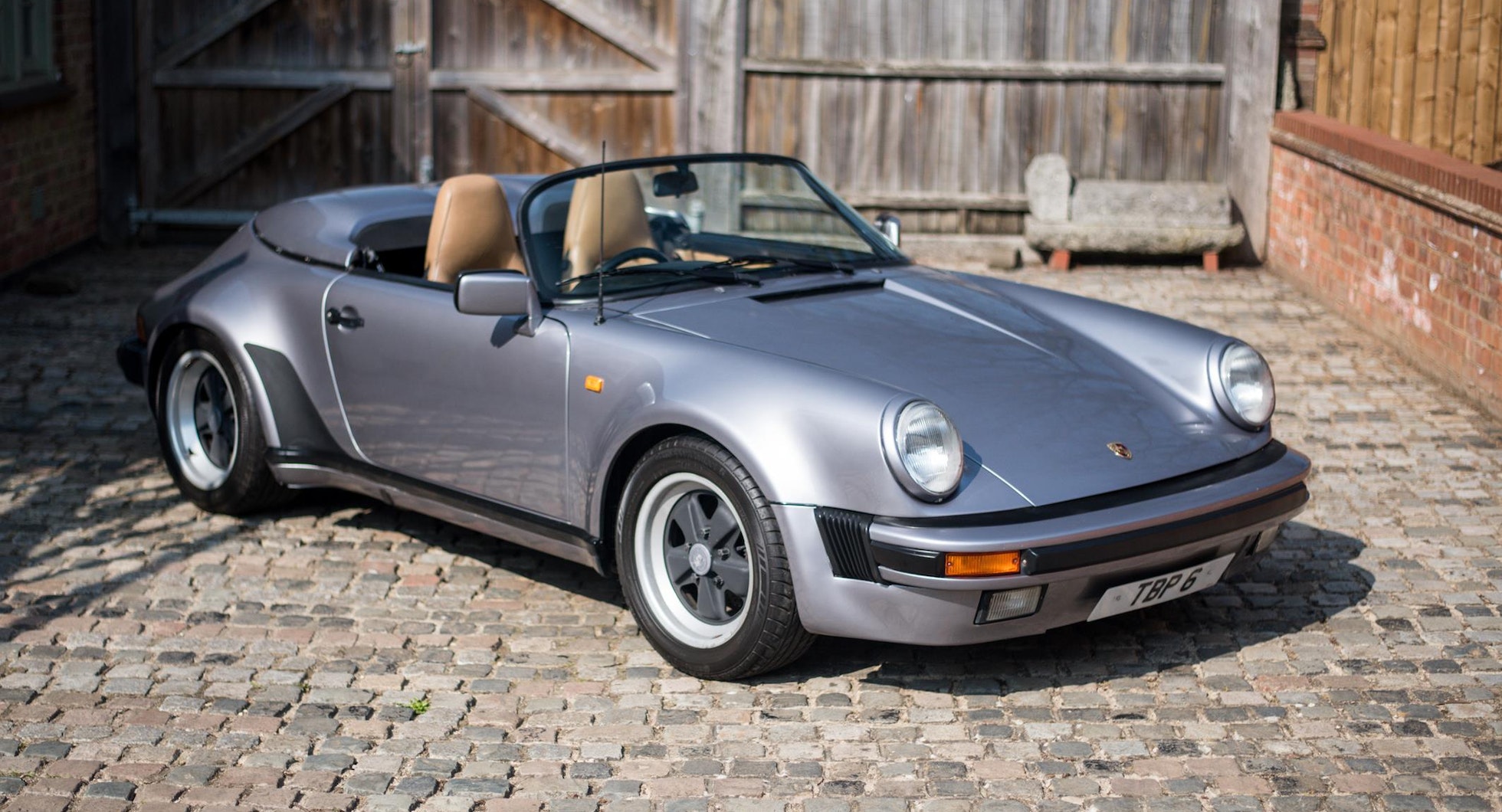 This 1989 Porsche 911 Speedster brings new meaning to the phrase 'used as intended'. Showing a remarkable 283,000 miles (455,000 km) from new, it is surely one of the most-enjoyed 911 Speedsters in the world. Presented in the handsome combination of Diamond Blue paintwork with a Cashmere interior, this Porsche has been lovingly maintained throughout its life and is now ready to find a new owner. 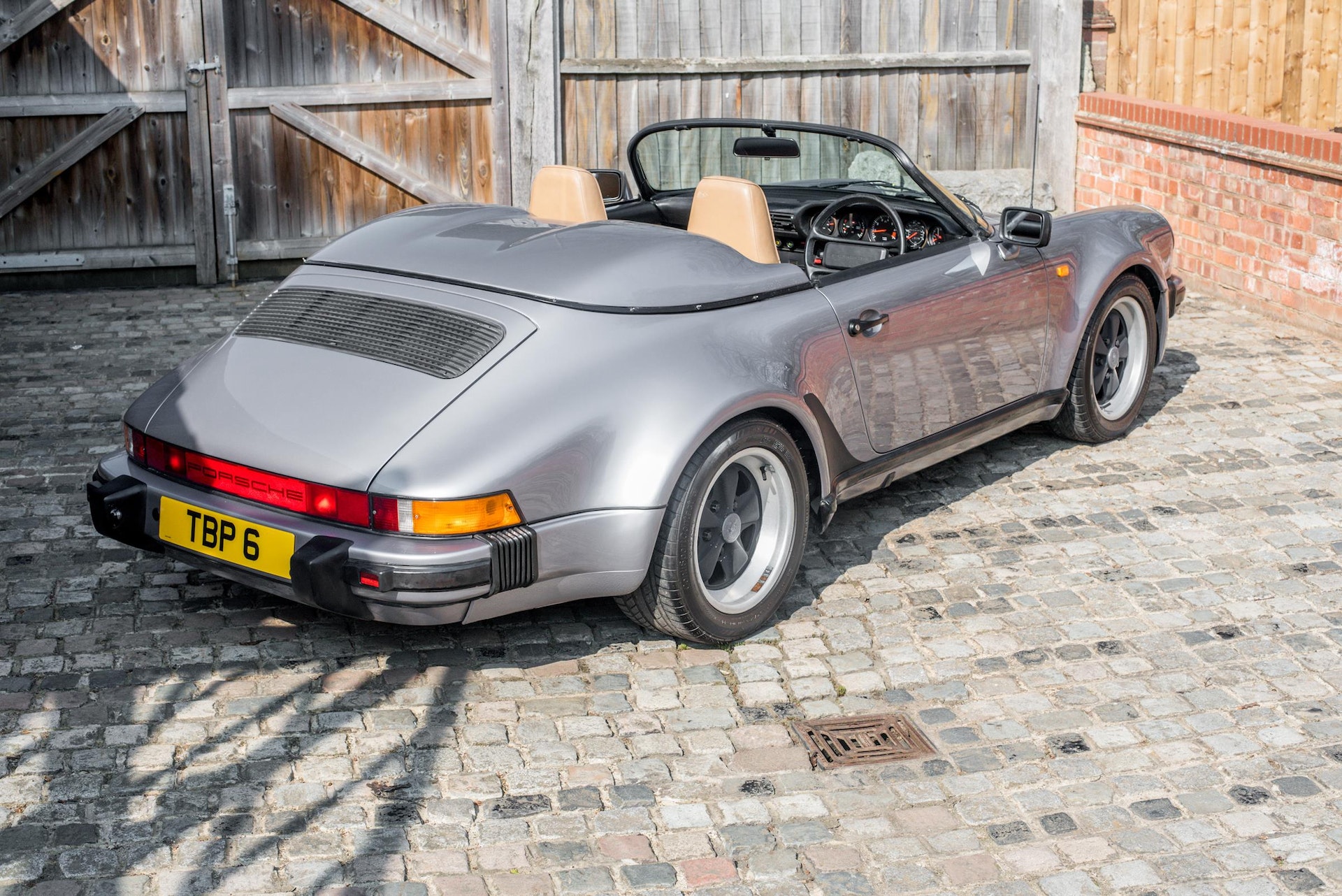 Originally delivered to the UK in 1989, this 911 Speedster was purchased by the second and current owner in 1992 as a used car with just 600 miles from new. For the next 17 years, the Porsche was used as a genuine 'daily driver', racking up more than 270,000 miles (an average of more than 15,000 per year). Used sparingly over the last five years, this 911 is now offered for sale for the first time in 27 years. 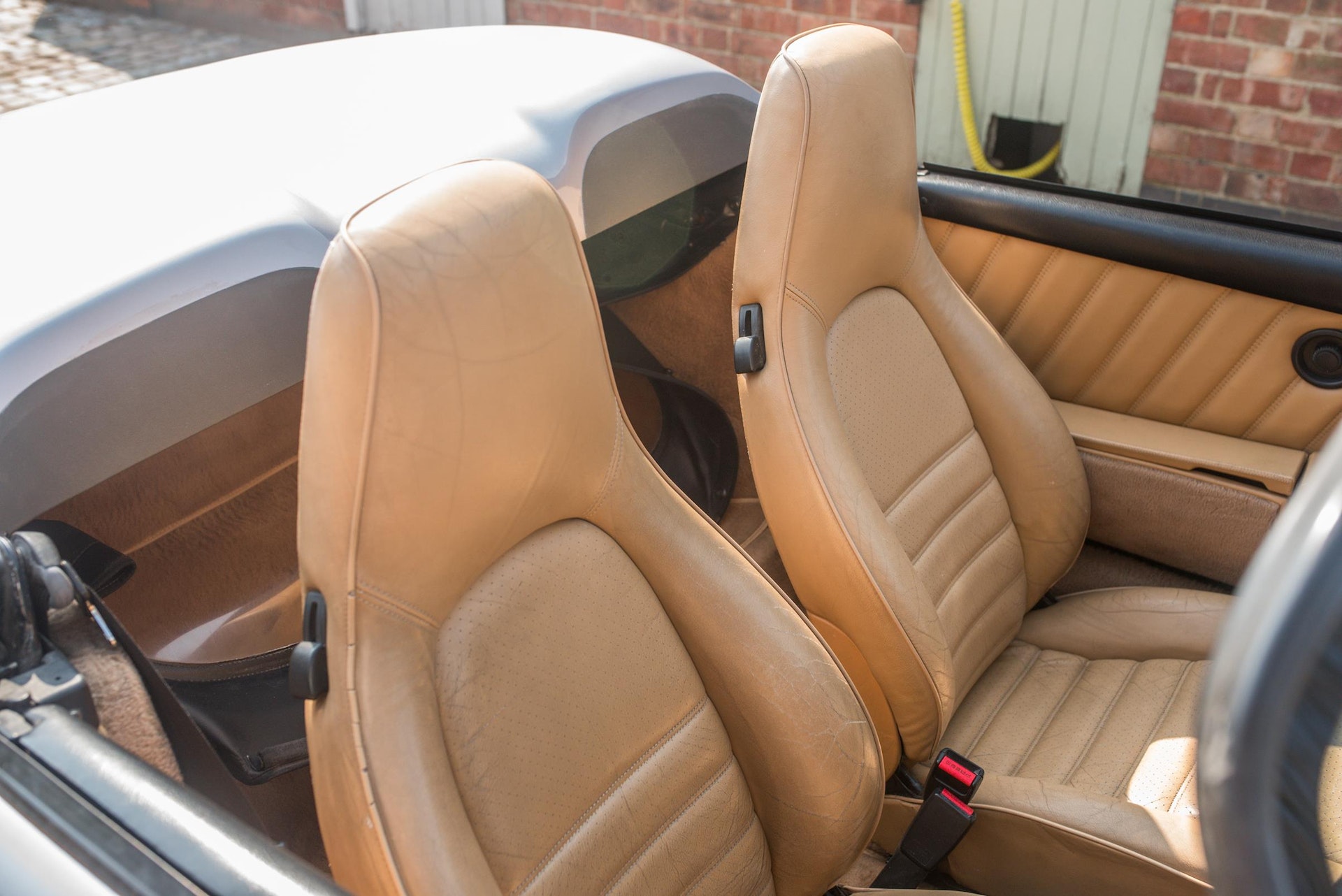 The Diamond Blue Metallic paintwork is described by the vendor to be in excellent condition, and is the result of a repaint during his ownership. Trim elements around the car are also in very good order, while the Fuchs wheels would benefit from some minor refurbishment to match the standard of the bodywork. The underside of the car is also reported to be in very good condition. 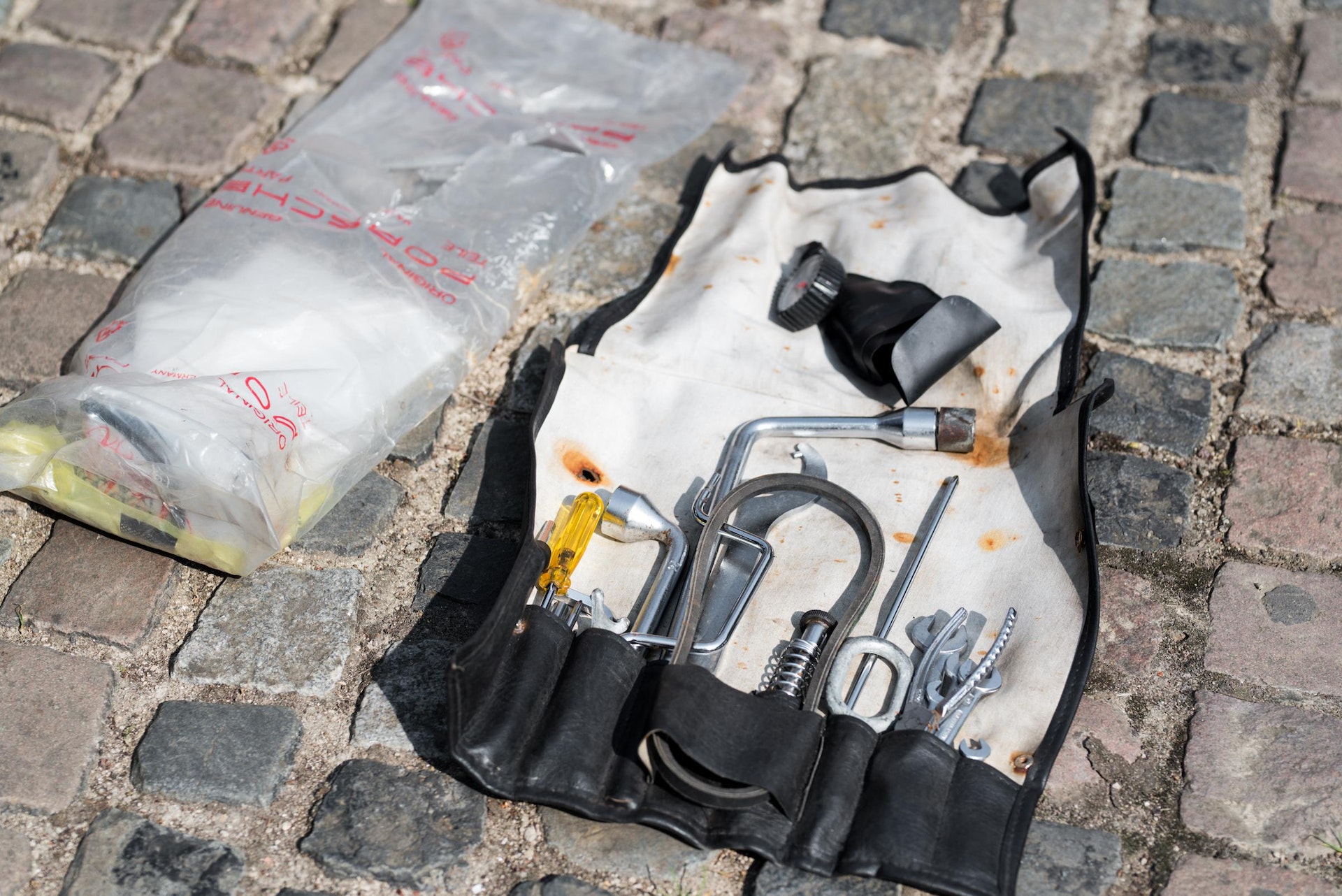 Inside, the leather upholstery and cabin trim is all-original, and it wears its age and mileage very well. Minor defects have received temporary repairs in some cases, and shown in the photo gallery, but the seats are still in good order and the vendor reports that all of the electronic switchgear is functioning correctly. 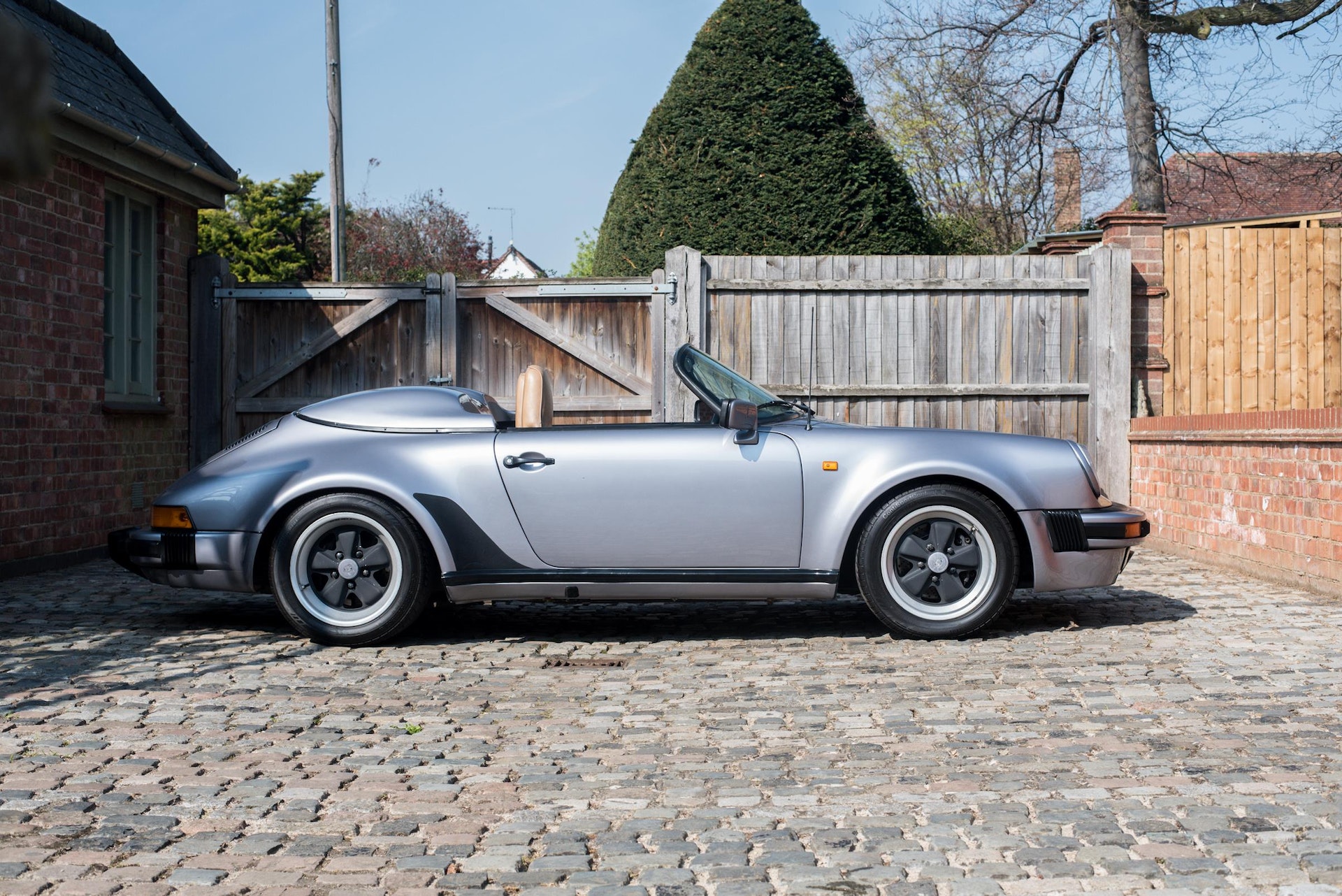 The Porsche has been regularly serviced, and has been used in all seasons: dry weather, rain and snow. Beyond the regular service items, the vendor has also needed to renew wheel bearings (approximately every 60,000 miles), as well as brake discs and the alternator. Astonishingly, the clutch did not needed to be replaced until it was at 206,000 miles. At around the same time, the car received a full engine restoration, with the flat-six completely taken apart and expertly rebuilt to fresh condition. 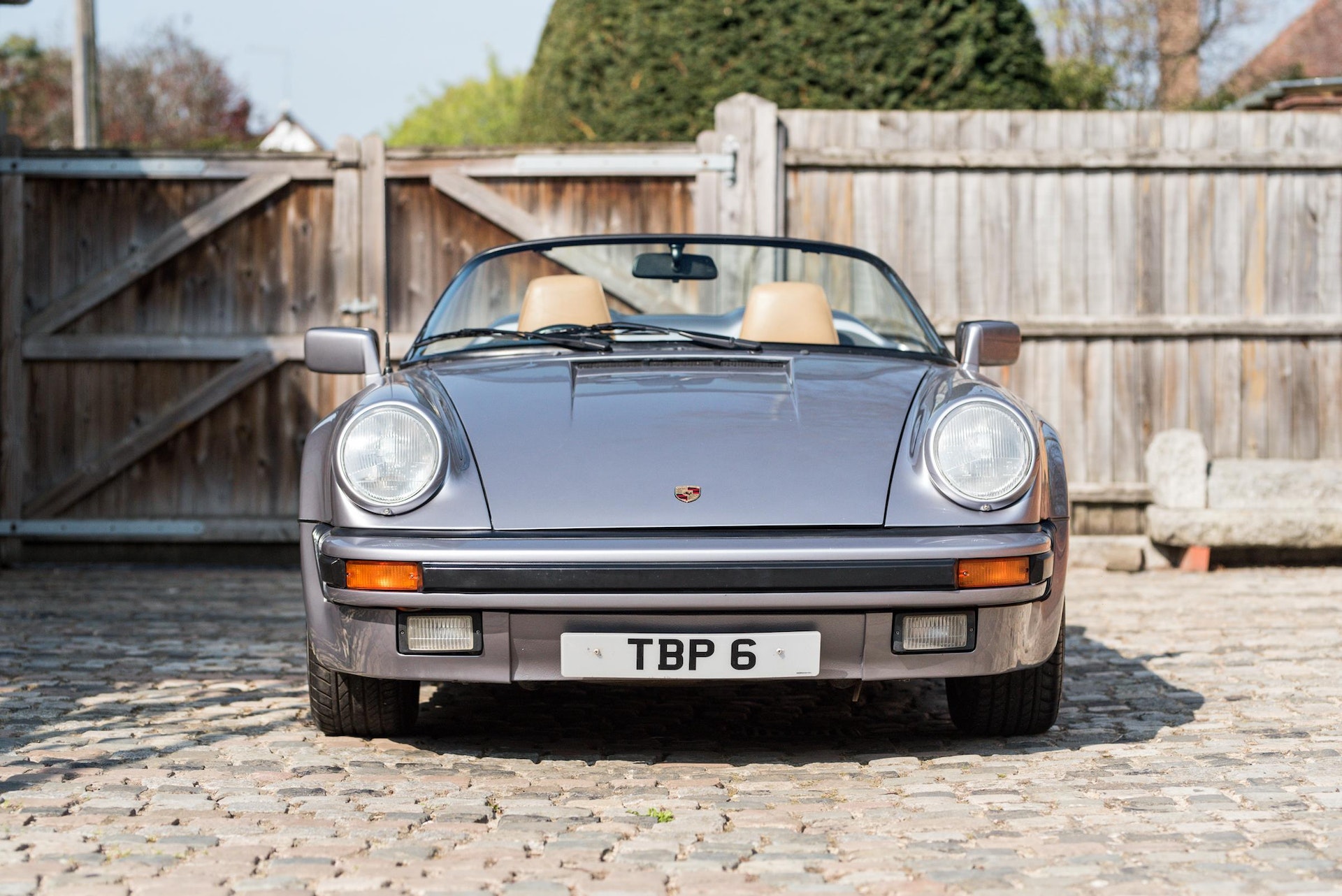 This 911 Speedster is an extraordinary classic car that has proved to be a reliable and enjoyable companion for its long-term keeper. Now covered by a fresh MOT until May 2020, it is ready to be taxed and driven straight away – perhaps by a new owner who will pick up where the current one left off, and take the car over the symbolic 300,000-mile mark!