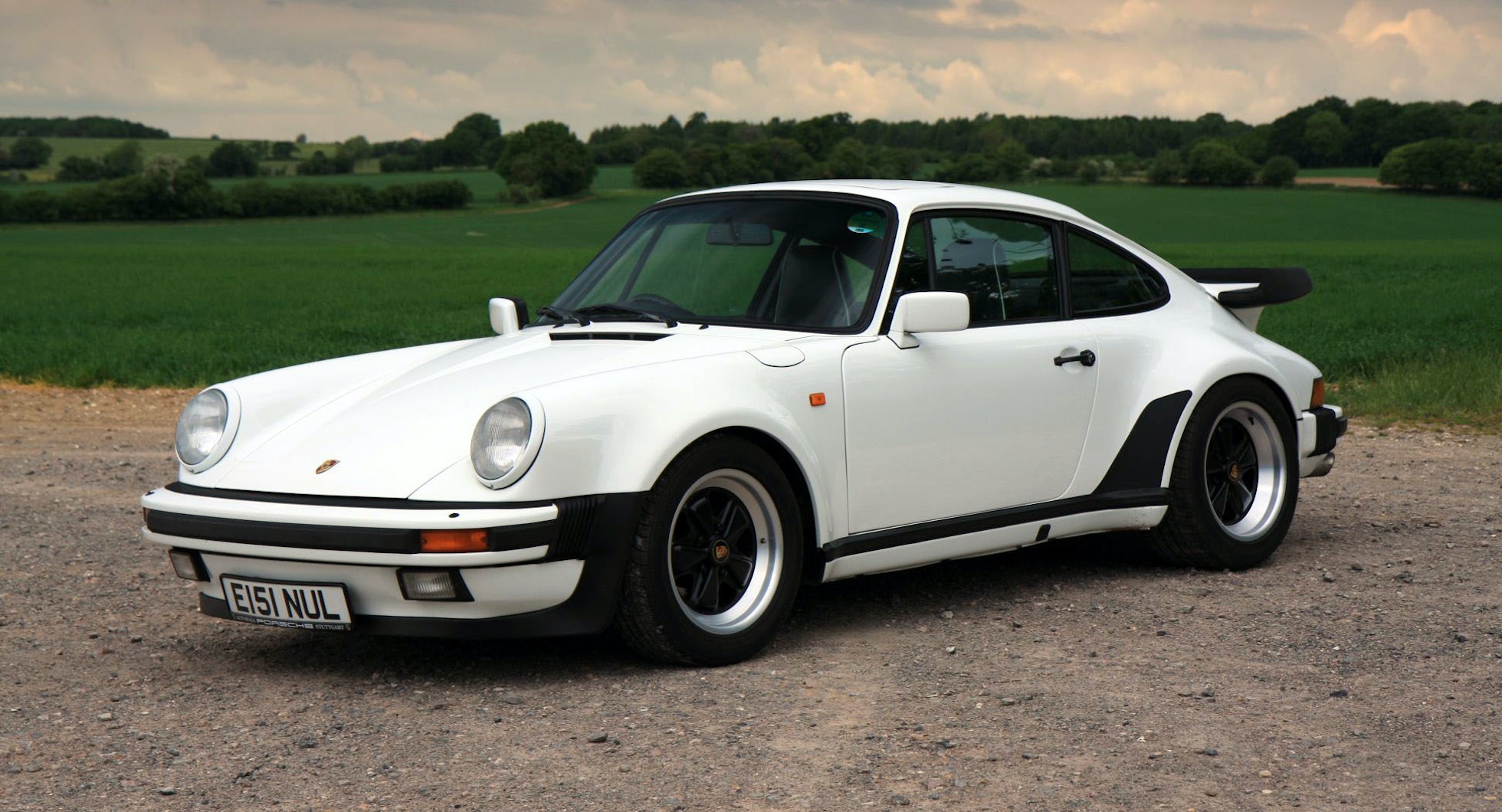 This 1988 Porsche 930 Turbo is a great example of the definitive ‘everyman’ performance car of its decade. It is equipped with the 3.3-litre flat-six engine and four-speed manual transmission, and has covered 130,000 miles from new. In recent years it has received extensive mechanical and cosmetic refurbishment at Porsche specialist Autofarm, and is now presented in superb condition. 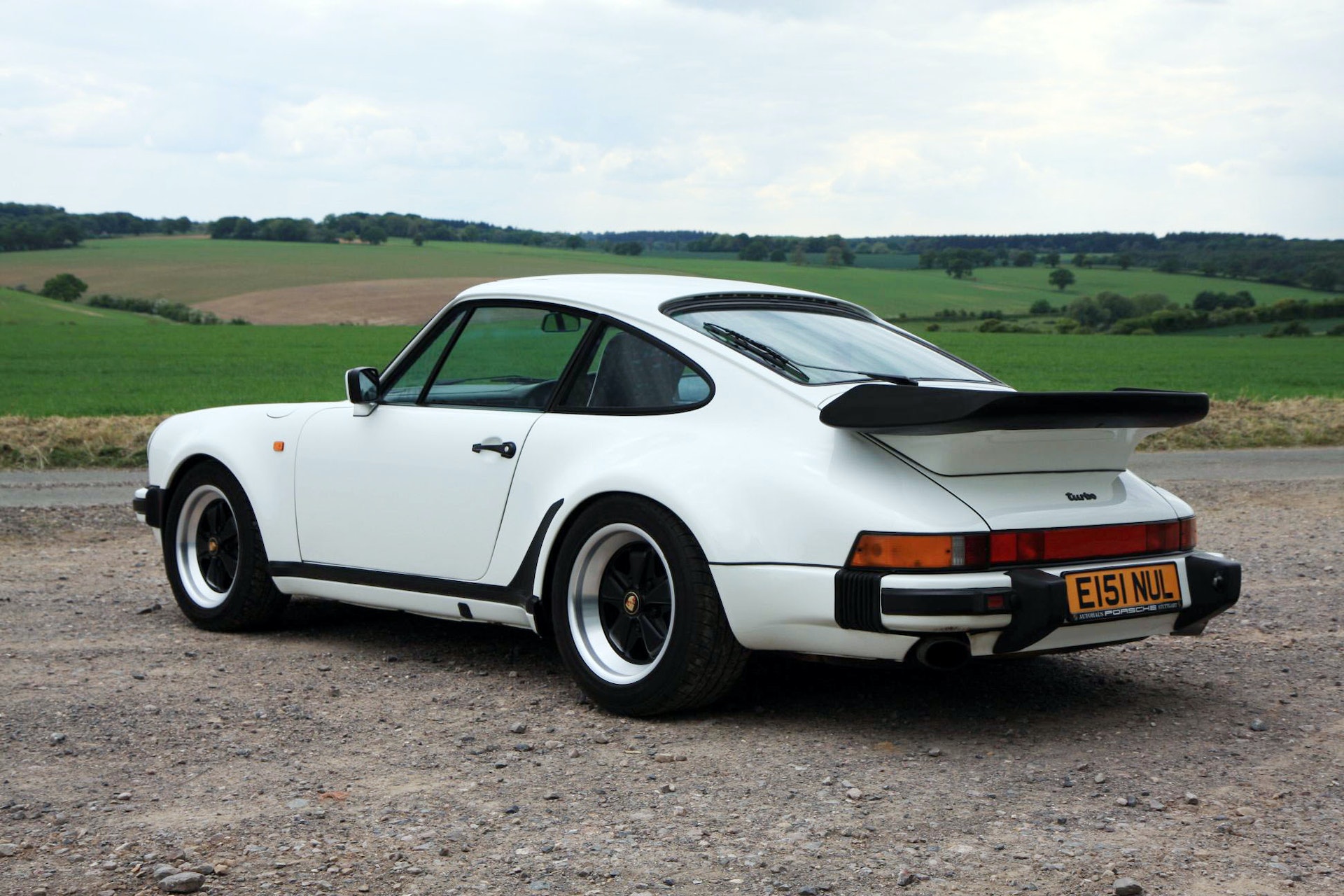 The car is an authentic C16-code UK example with desirable options, confirmed by the original specification sticker that is still affixed to the car. It was first registered in June 1988, has six previous keepers, and has been owned by the vendor for nearly 10 years. 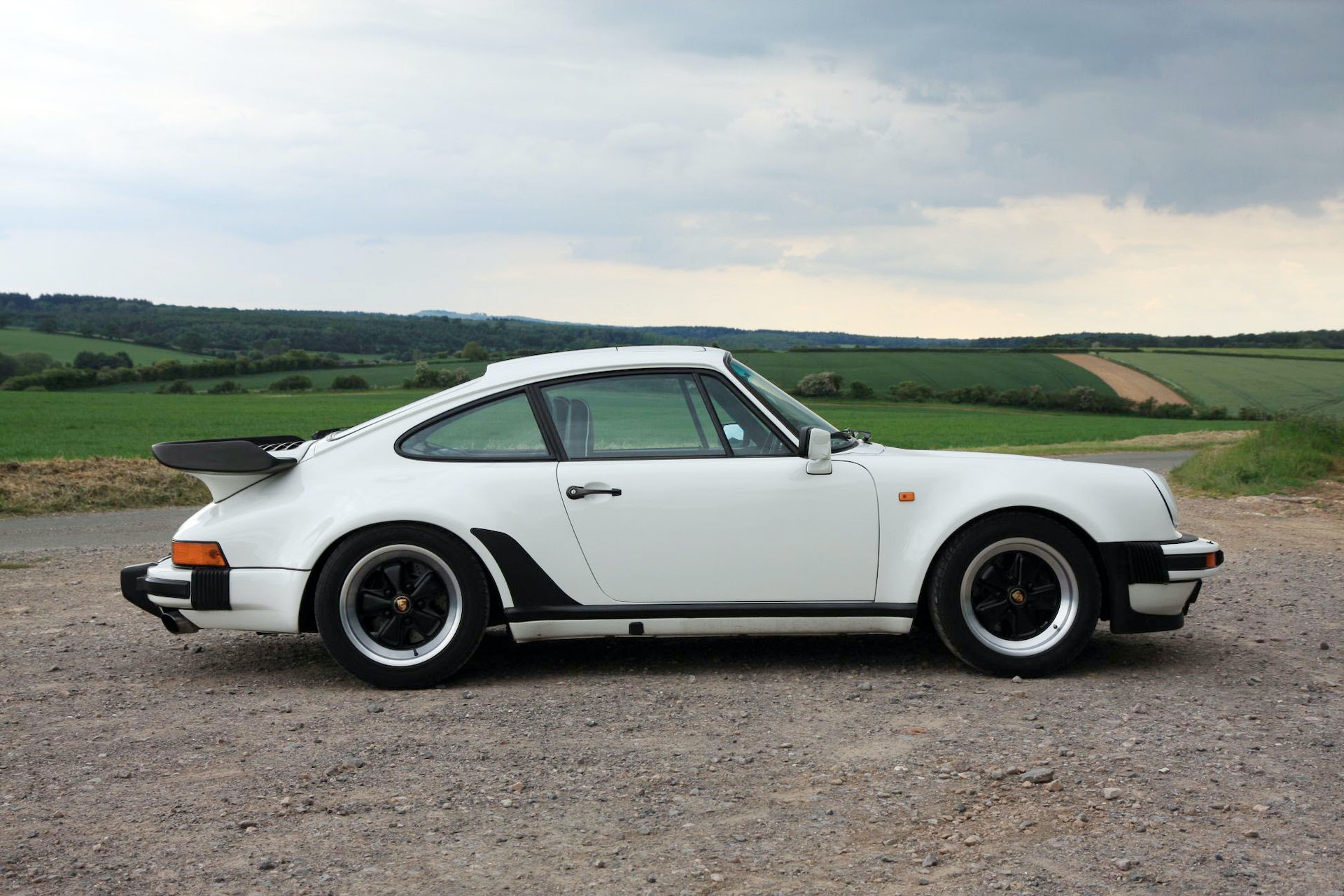 Two years ago, the entire car was repainted at Autofarm in the original Grand Prix White colour. The vendor reports that the attention to detail is absolutely superb, with a deep mirror finish and no ‘orange peel’ imperfections. Shortly after this, the black front splitter was renewed along with re-anodised bolts, and several of the seals were replaced to ensure they were in perfect condition. 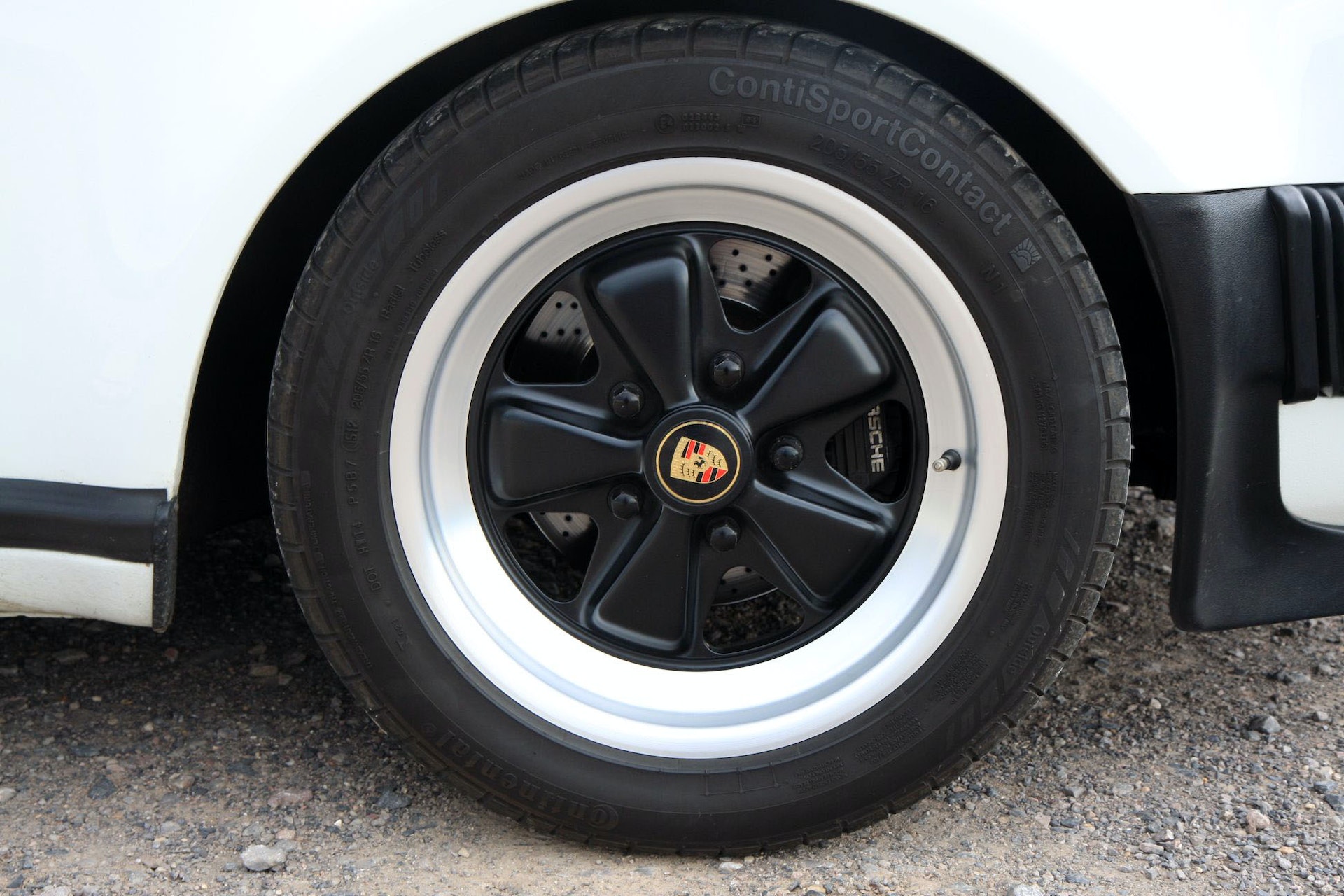 There are some stone chips on and around the ‘shark fin’ wing guards on either side, and there is some blistering of the paint in the door shuts along the sills and the tops of the jambs. At the back, the rear reflector panel is pristine with no cracks or chips, and the ‘whale tail’ spoiler is also in excellent order. As the extensive set of photos shows, the car is in very good cosmetic condition overall. 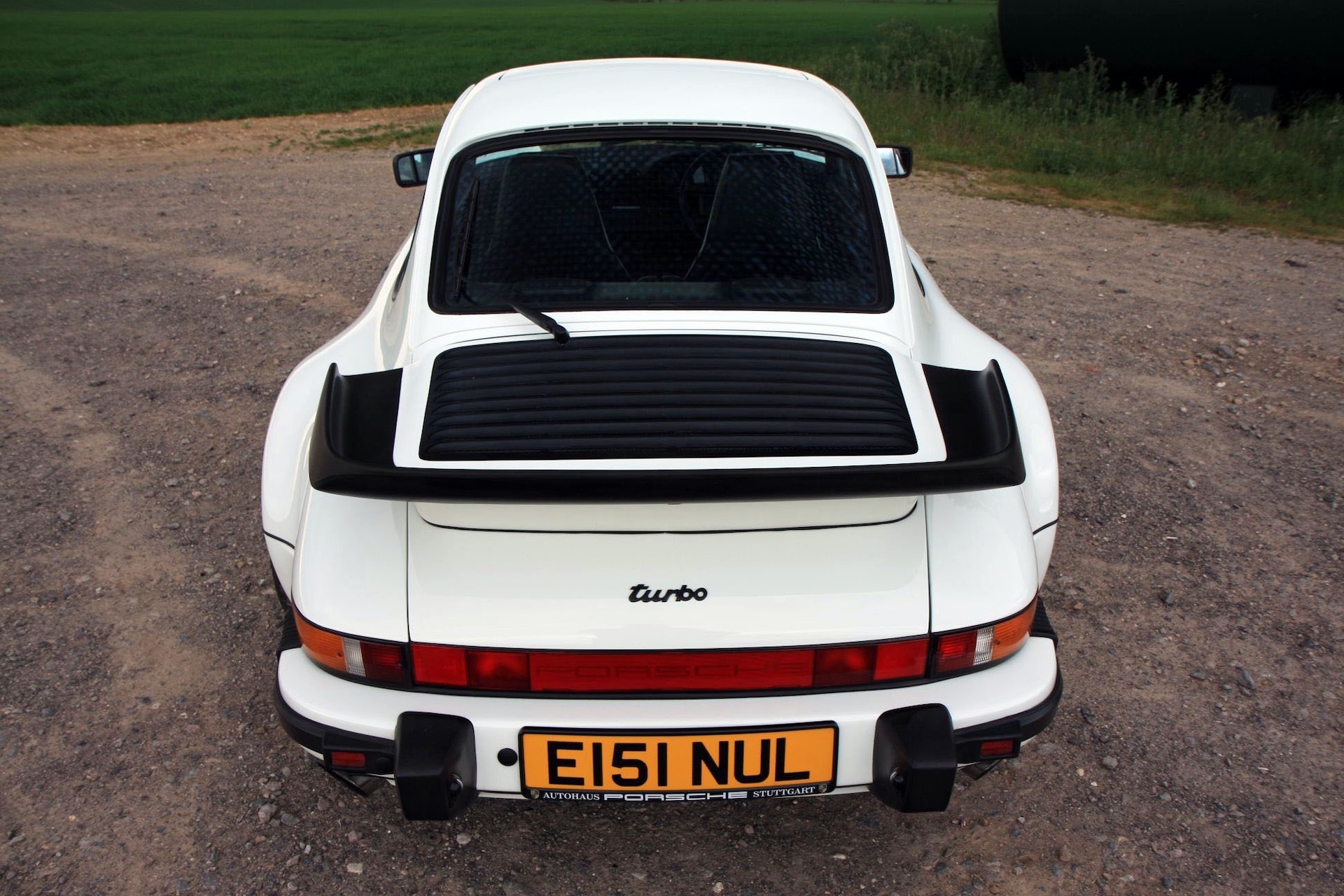 It sits on original Fuchs wheels, with the staggered 7-inch front and 9-inch rear setup. The wheels themselves were fully refurbished less than six years ago. The car sits lower than the factory-standard ride height and currently has spacers that give the car a fantastic stance. Should the next owner desire, the vendor will include a ride height adjustment and full geometry refresh at Warwickshire specialist Center Gravity within the selling price. 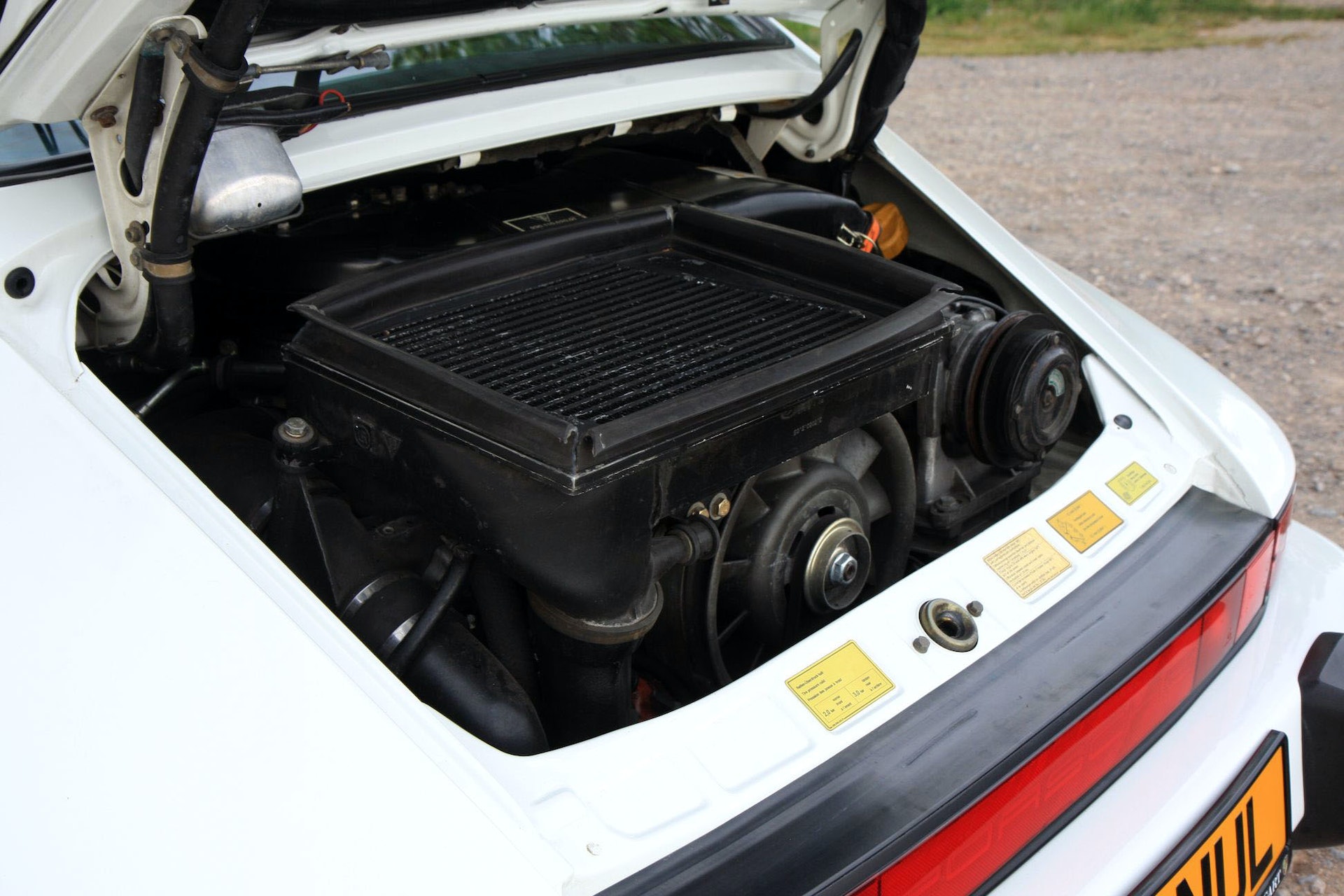 The interior of this 930 Turbo is all original and is in superb condition. It features the high-backed sports cars with seat heating for driver and passenger, as well as full electric adjustment. The leather trim extends to the upper and lower dashboard panels, as well as the padded door cards. With the exception of one small hole on the passenger seat, which is visible in the photos, the trim is in very good order. The headlining is also in great shape. 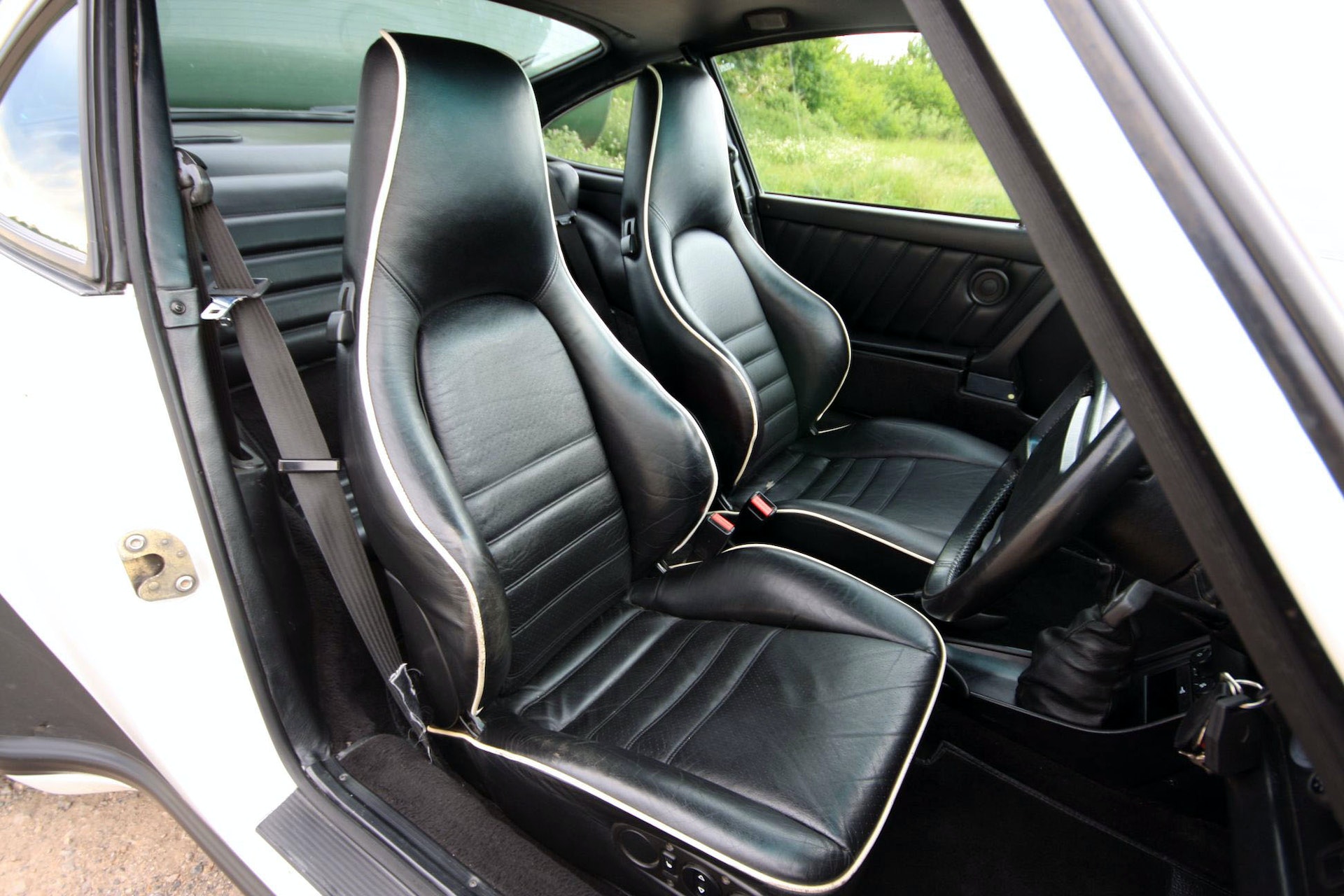 Its original ‘Turbo’ branded rear seats fold down and lock back into place as they should. The two rear shelf speakers are factory-fitted items, along with the amplifier and the Blaupunkt Toronto SQR 46 stereo. The cars also benefits from an opening sunroof, which again is an original feature of the car. All of the interior switchgear functions correctly, though the vendor has advised that while the blower works, the air-conditioning does not. 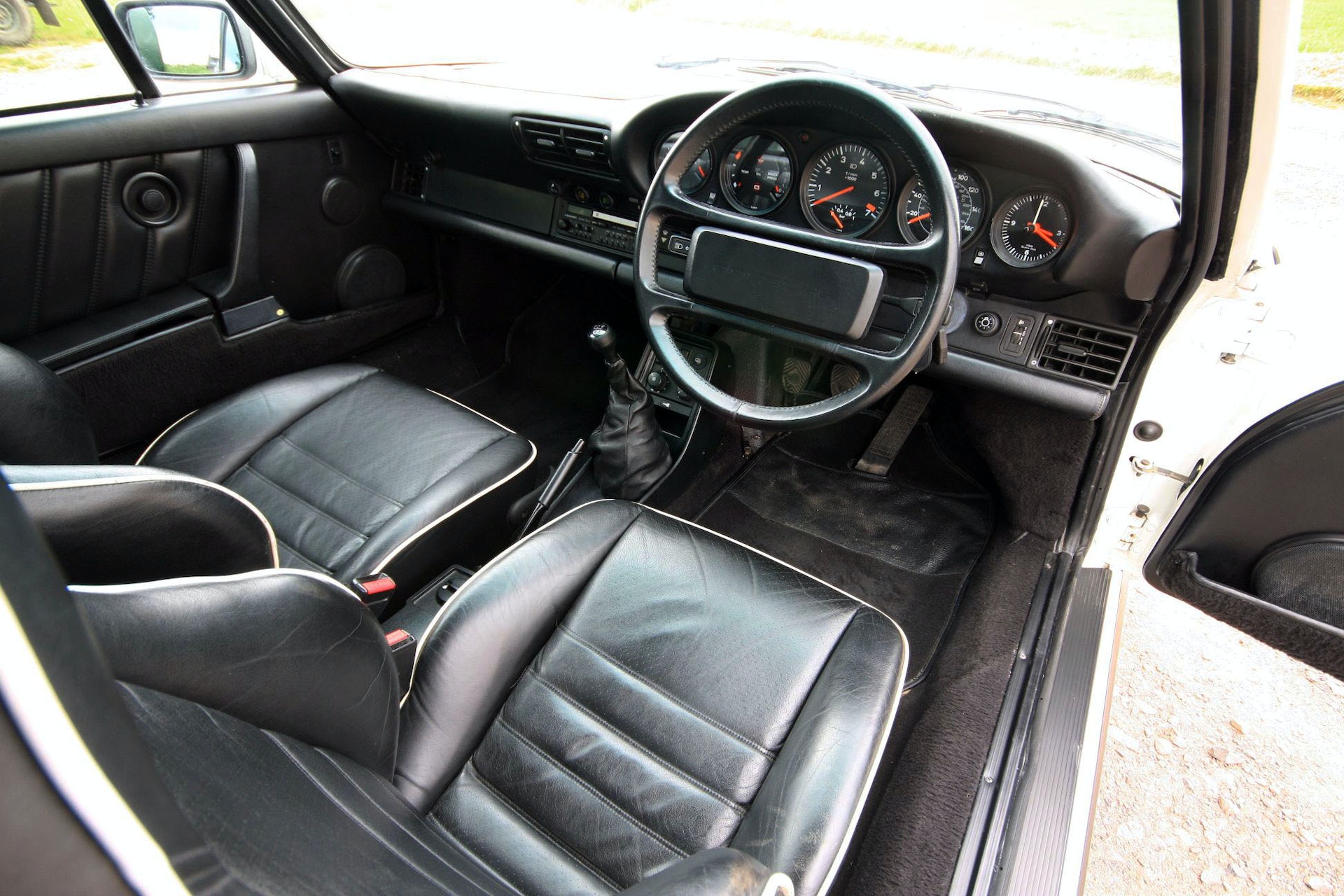 In the front boot, the car has the full velour carpeting (option code 975). The luggage area is in very good order, with a functioning access light, and also houses the factory space-saver spare wheel as well as the original tool kit and tyre compressor. 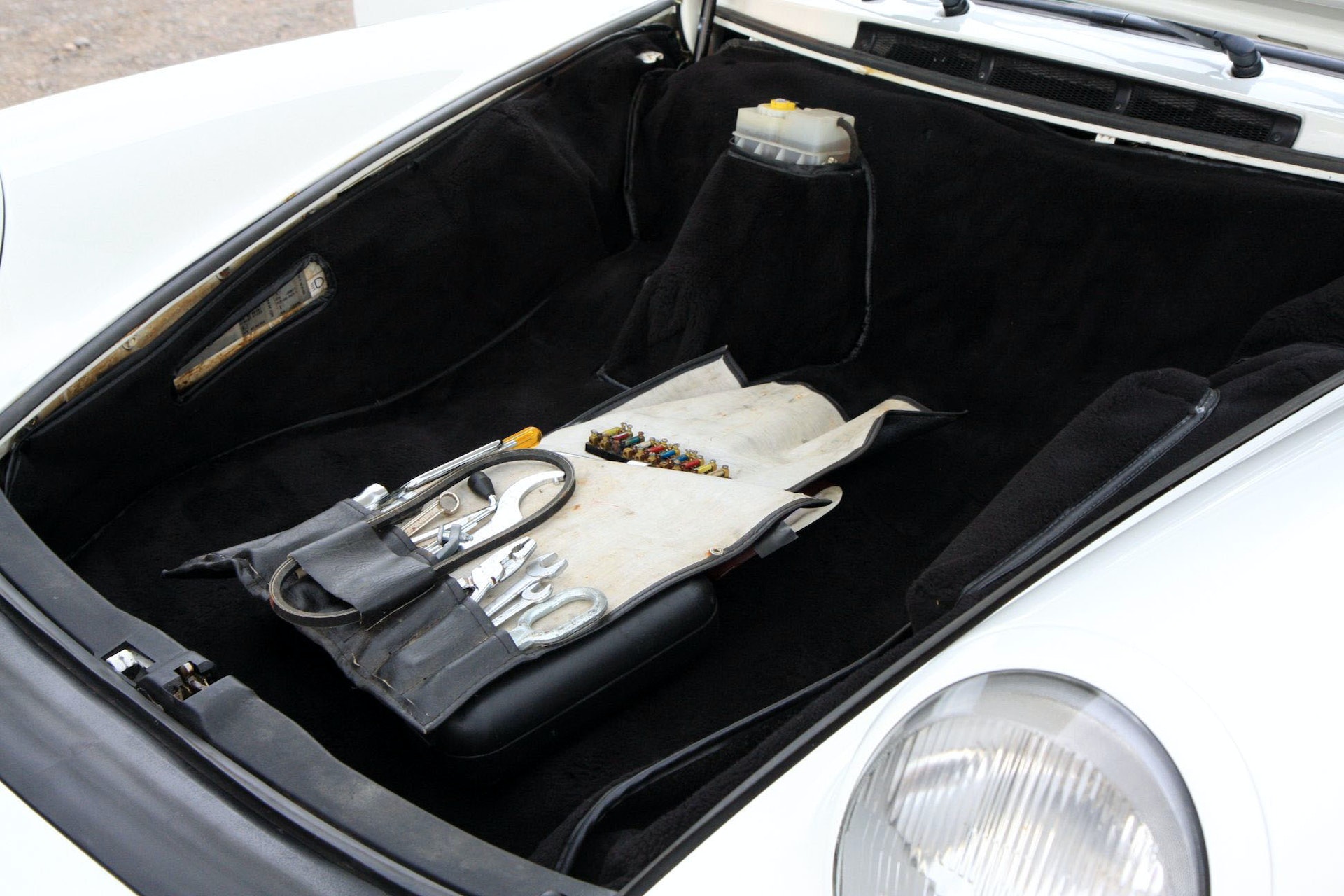 This Porsche has been lovingly maintained throughout its life, with the most recent work having been done by renowned UK specialist Autofarm. The engine had a top-end rebuild approximately eight years ago. At the same time, the fan refurbished and the engine bay was given some cosmetic attention. Components were refinished and re-anodised as needed, and the engine shroud also came out to be painted. All of the original stickers and plaques are in place around the engine bay. 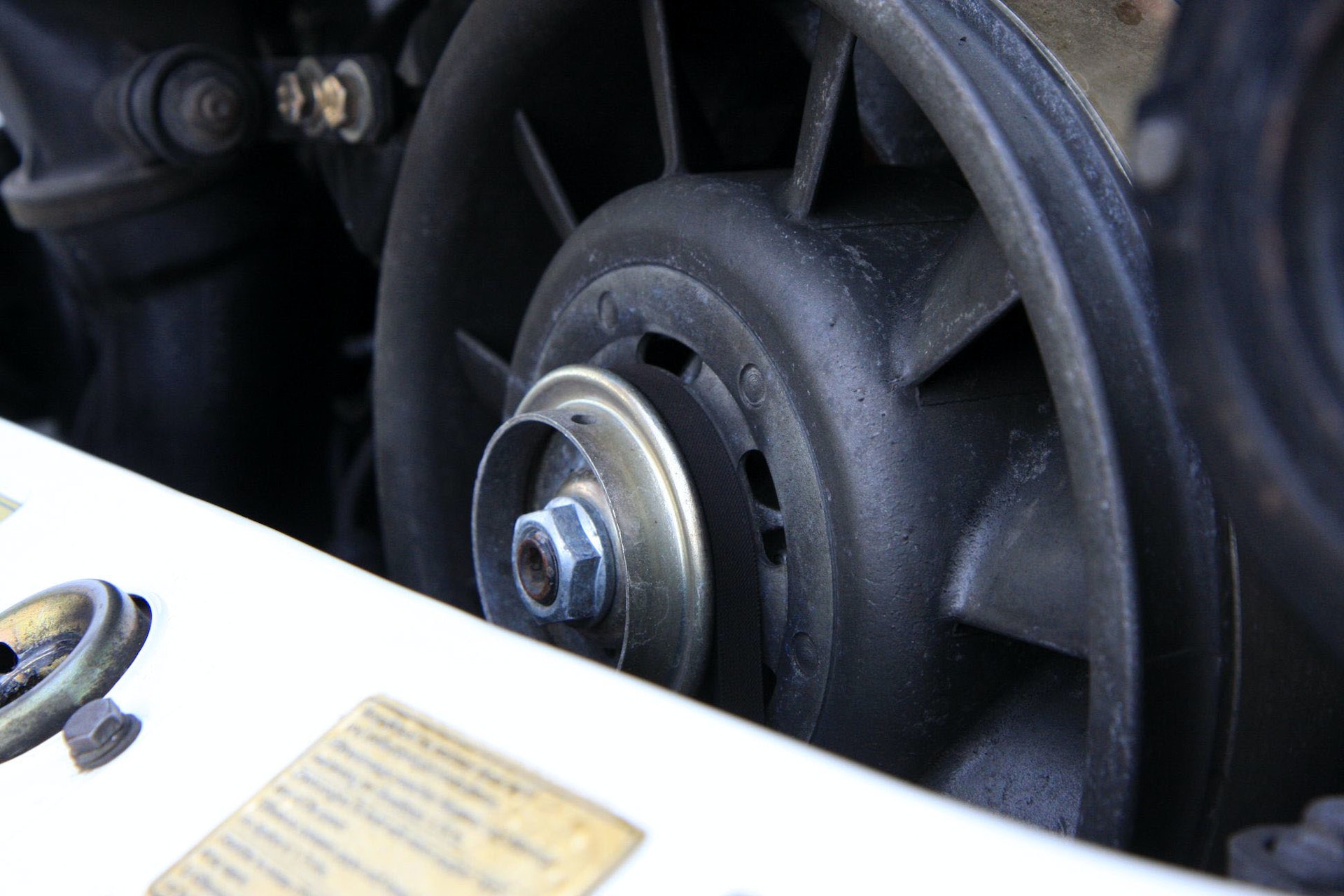 During the vendor’s ownership, the suspension has also been fully refurbished, along with a new clutch and flywheel. The turbocharger was also refurbished approximately six years ago. A set of four new shock absorbers has been ordered and will be fitted in early July, so this is also included in the sale. The underside of the car is reported to be in very good condition, as you would expect given the amount of care lavished on this 930 Turbo. 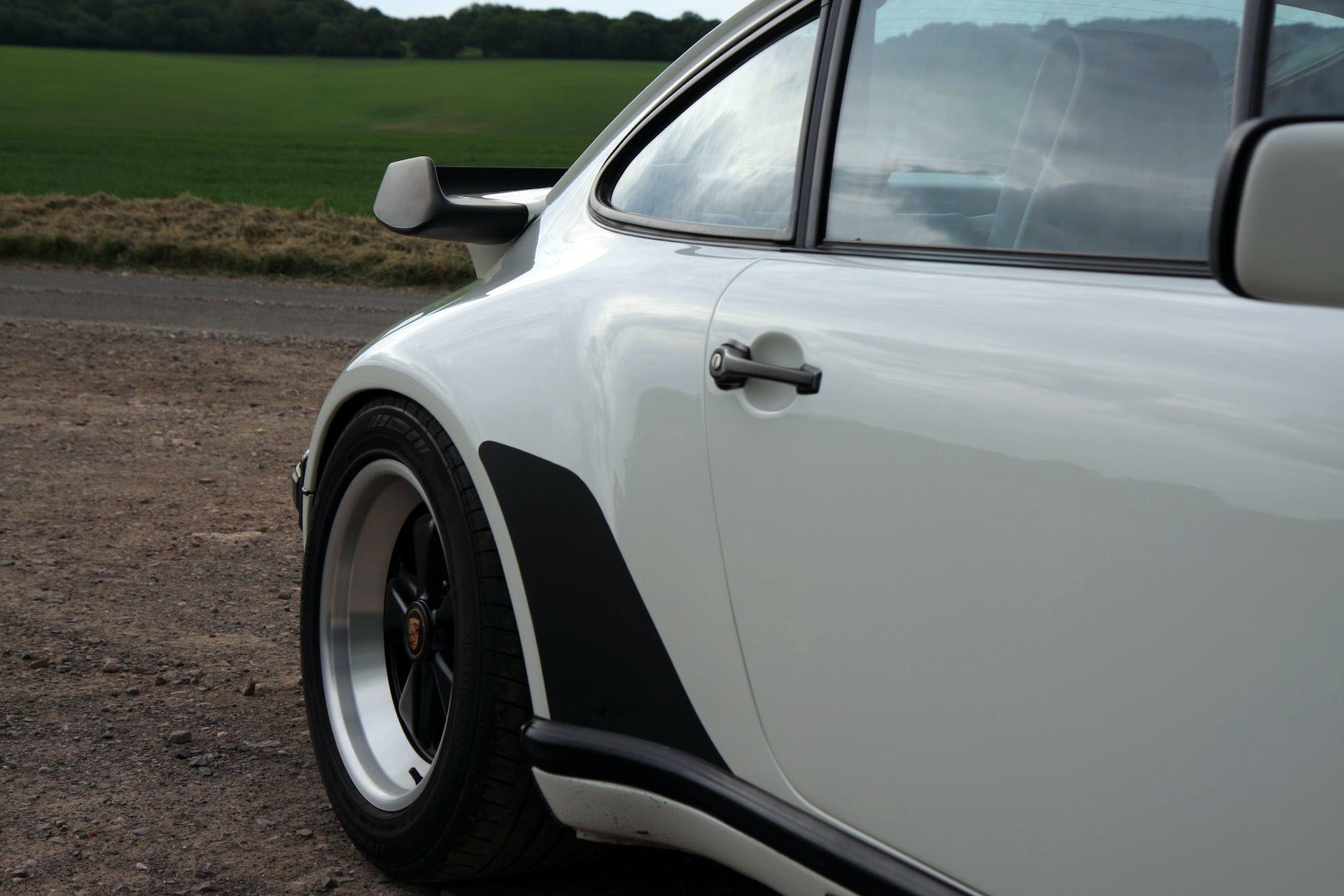 As well as the lower ride height and spacers, one other non-original item on the car is the dual-outlet Fabspeed exhaust, which unlocks a deeper and more characterful rumble. The car has also been fitted with an extra oil cooler, but in all other respects is in factory specification. The vendor has advised that the car will be sold with a full set of new tyres. 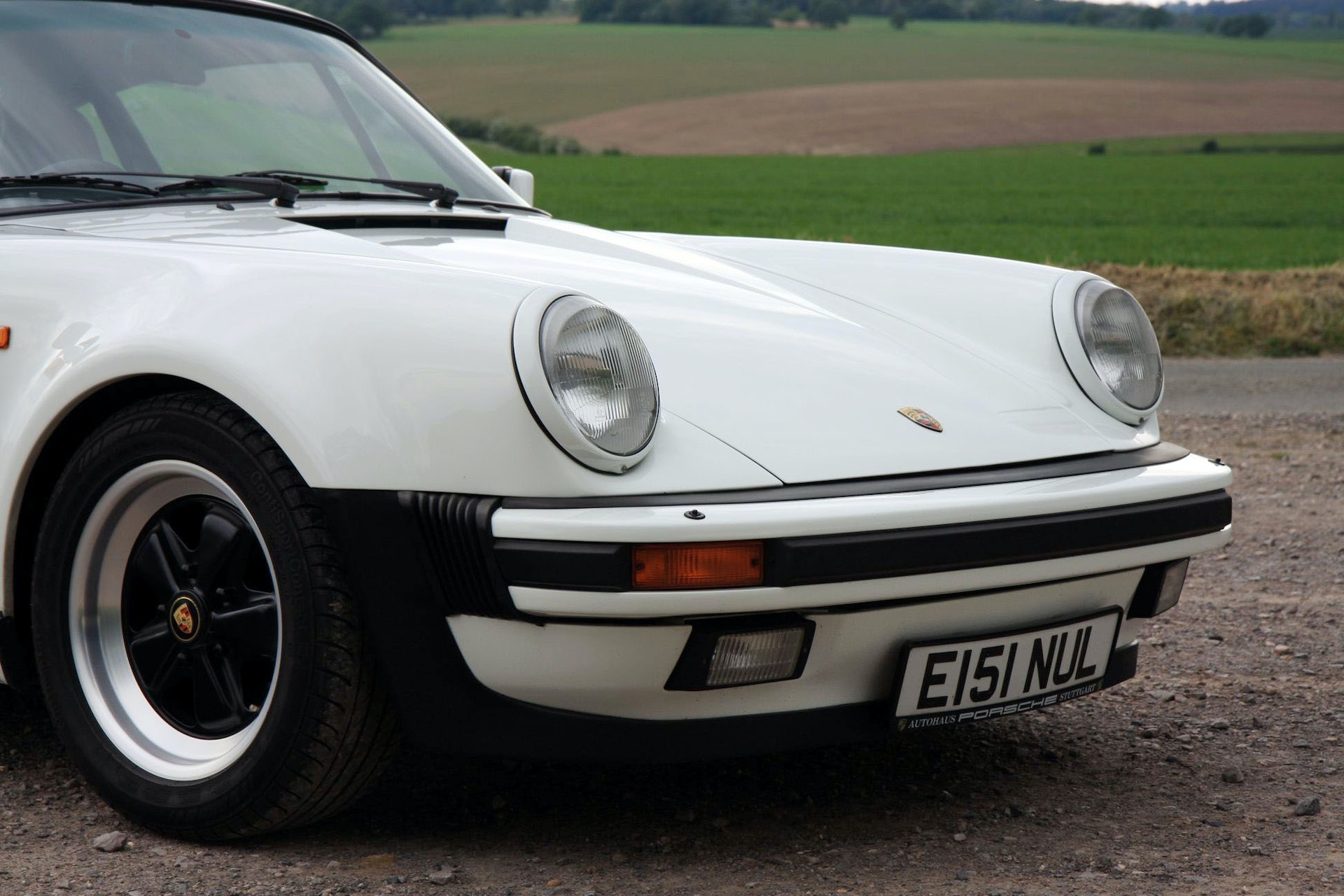 The superb maintenance of this Porsche is reflected in its impressive recent MOT history. In the last nine years and 52,000 miles of driving it has failed only once - due to worn rear tyres - and immediately passed a few days later with a fresh items fitted. Over the last 20,000 miles, it has had a clean pass every time with no advisories whatsoever. Its last service at Autofarm was in January 2019. 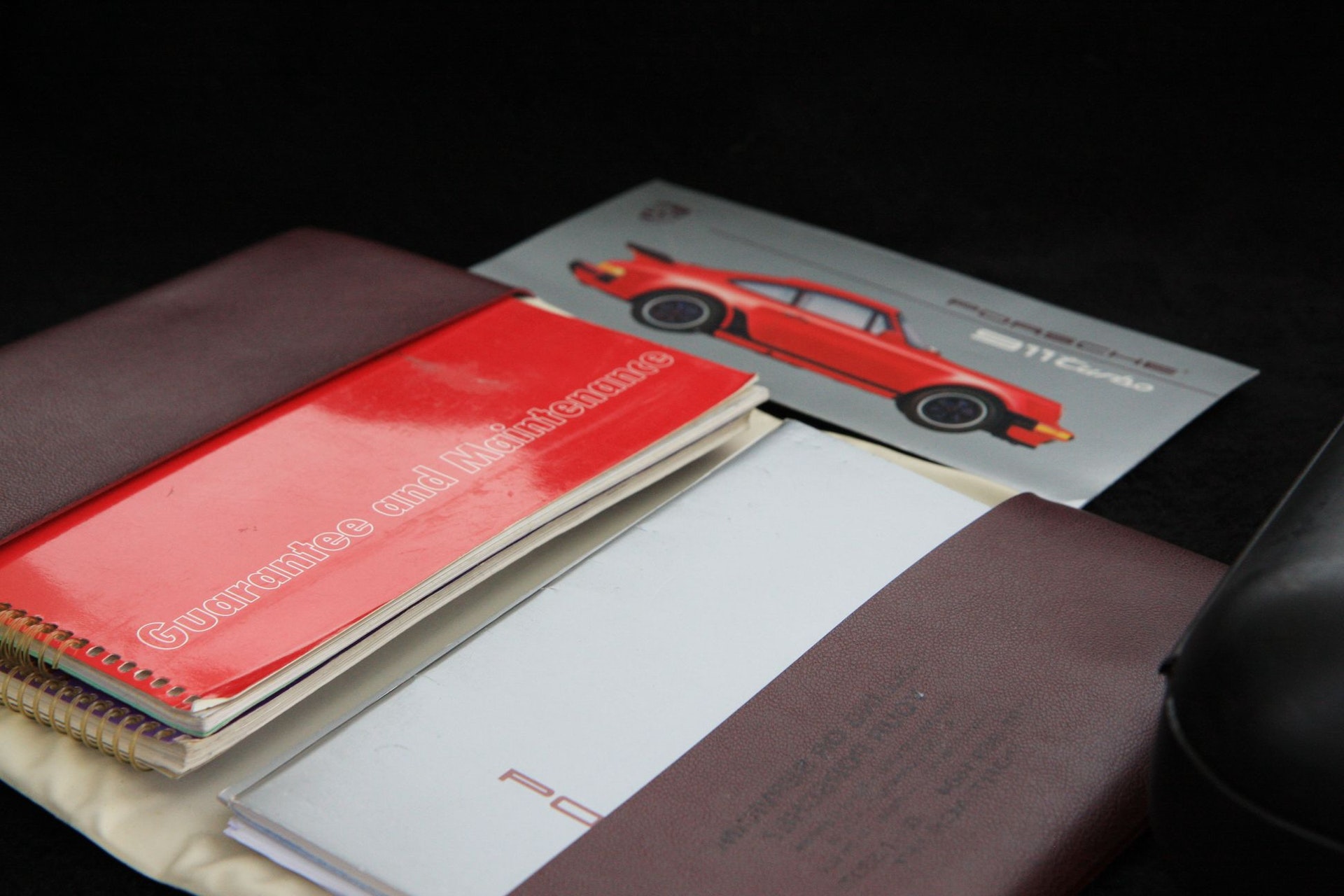 Accompanied by a huge folder of receipts and invoices that fully detail the service history, it is a complete car in every sense of the word. The file also includes the original bill of sale from London supplying dealer Charles Follett, the correct maroon book pouch featuring all of the factory literature, plus the period sales brochure. 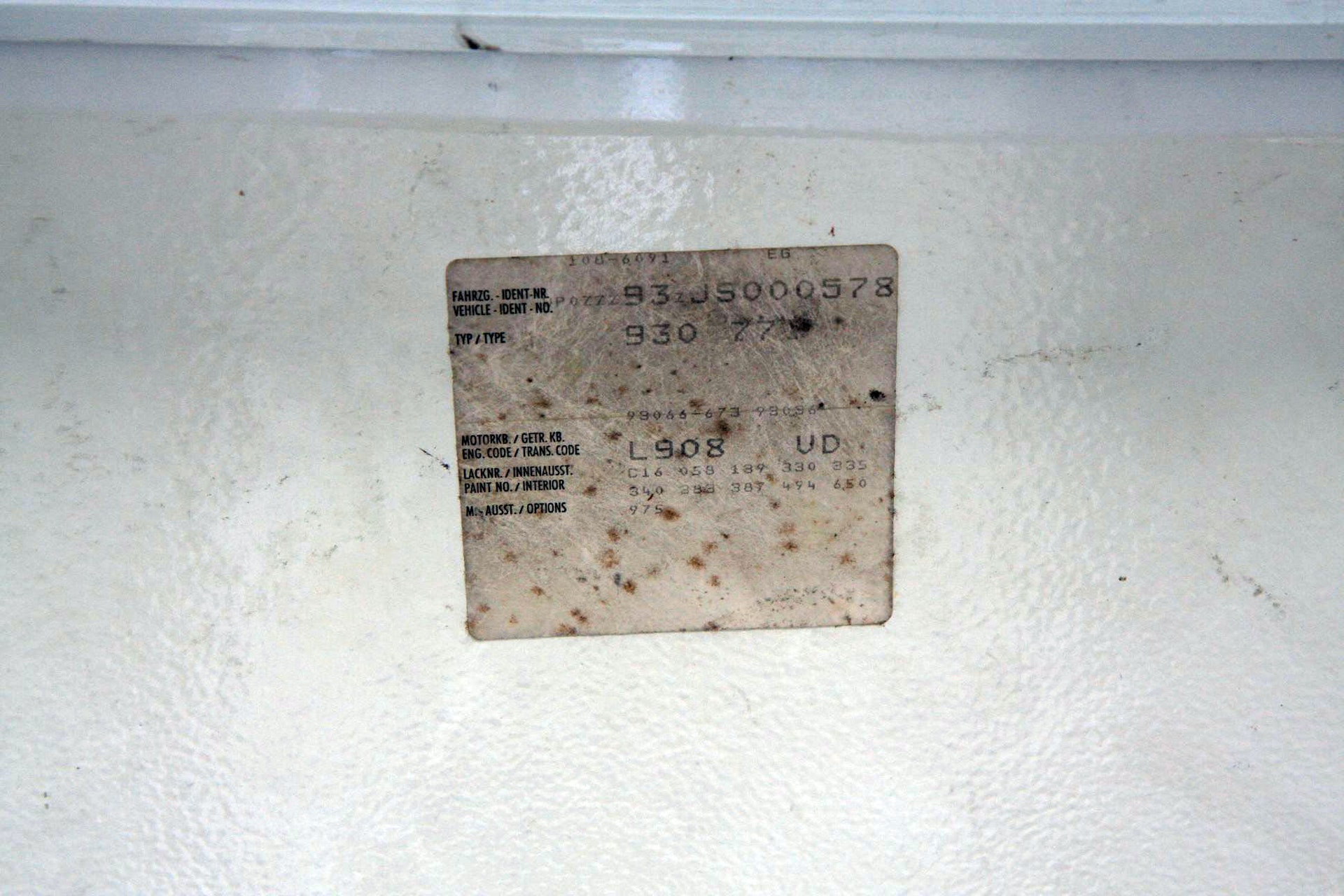 This 1988 Porsche 911 Turbo is a terrific ‘poster car’ classic, which has benefited enormously from a ‘no-expense-spared’ approach to maintenance and improvements by the vendor. As reliable as it has been enjoyable for its current keeper over the last decade, this exciting road-ready sports car is now ready to thrill and delight its next owner. 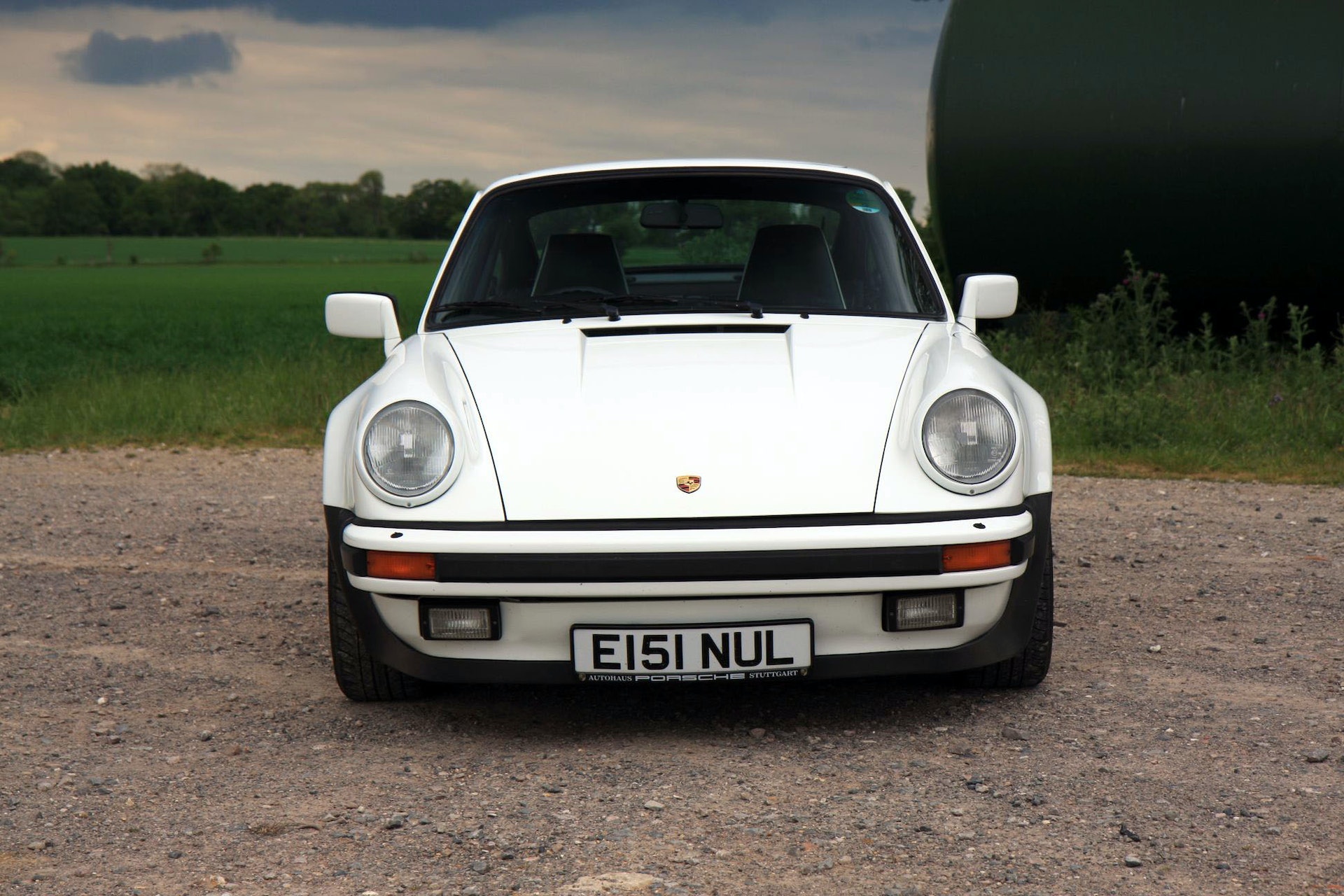 The walkaround video below shows the owner go through the car in detail, including in-motion shots towards the end of the clip, where you can see and hear it on the road.