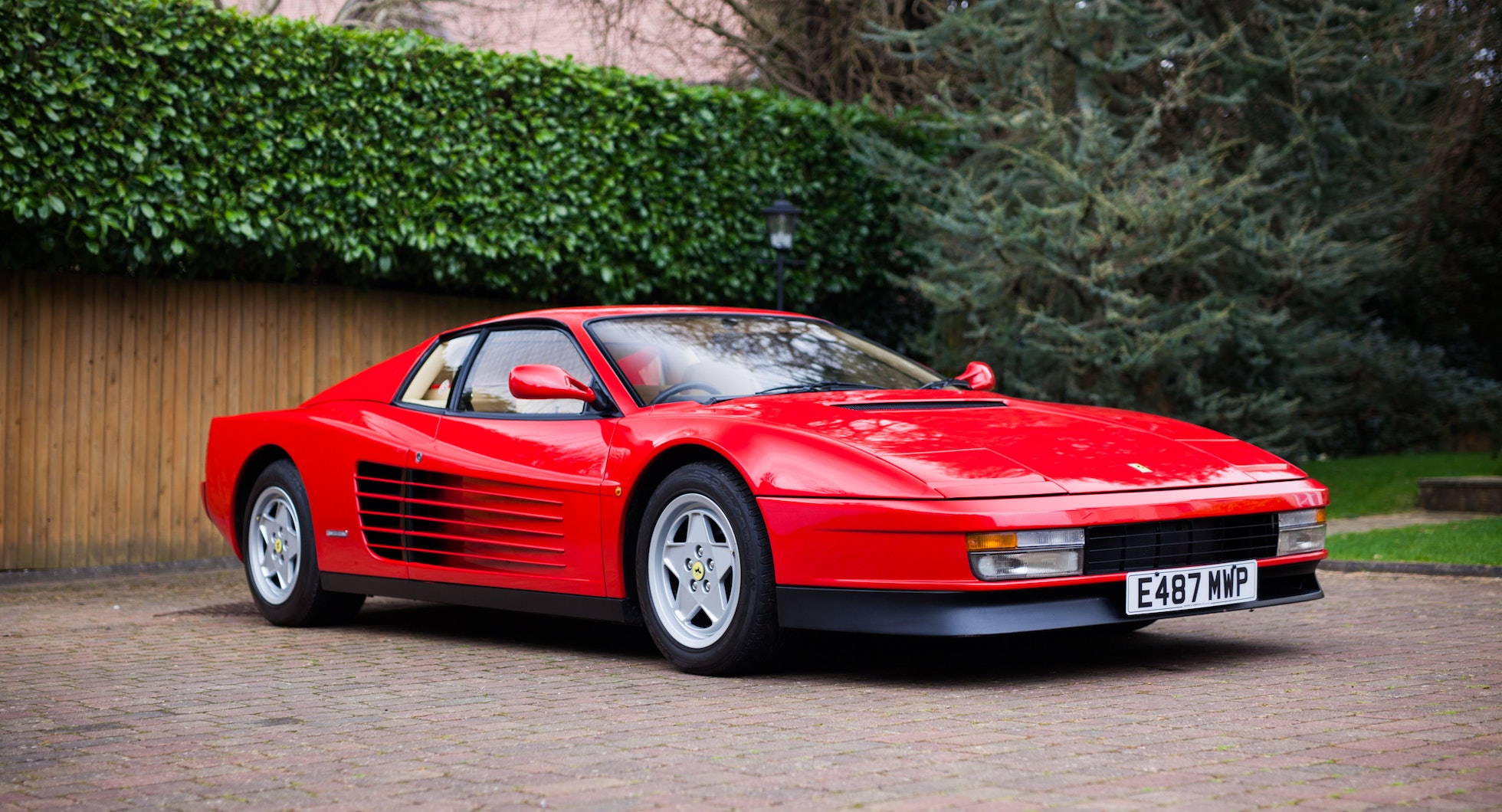 This Ferrari Testarossa is perhaps the most iconic 1980s ‘poster car’ of them all, and this example is presented in pristine condition with genuine low mileage. It is powered by the Tipo F113B 4.9-litre flat-12, producing 385bhp, driven through a five-speed manual transmission. The odometer shows just 34,828 km (21,641 miles) from new. 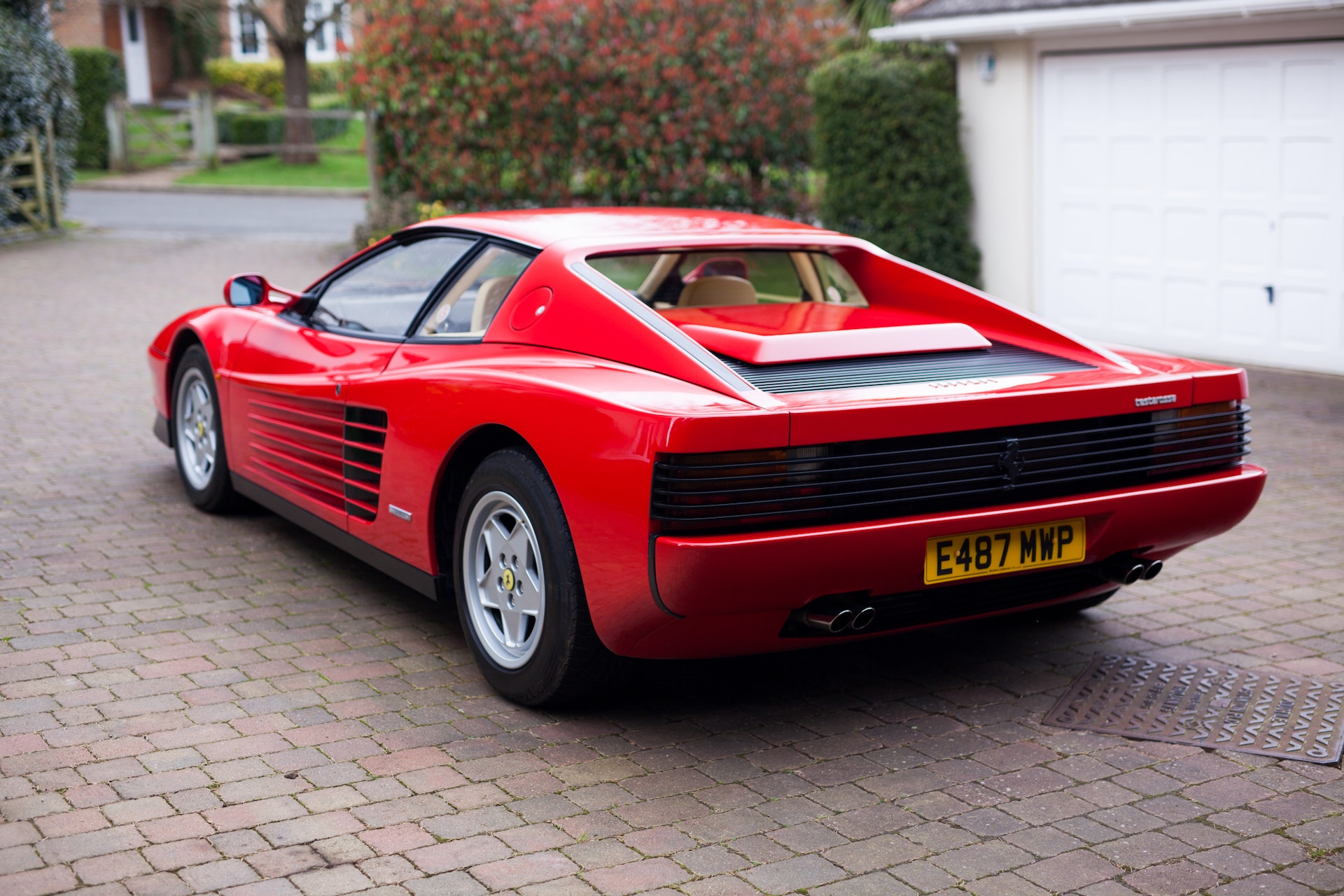 An original right-hand drive car, this Testarossa was ordered and supplied new through Maranello Concessionaires. There are four previous registered keepers on the V5C log book. Its first owner was a New Zealander, who had originally purchased the car with the intention of shipping it home, which is why the odometer had a readout in kilometres. However, he decided to keep the car in the UK, and it was eventually sold to its second owner in 1993, when it had just 3,200 km (1,988 miles) on the odometer. 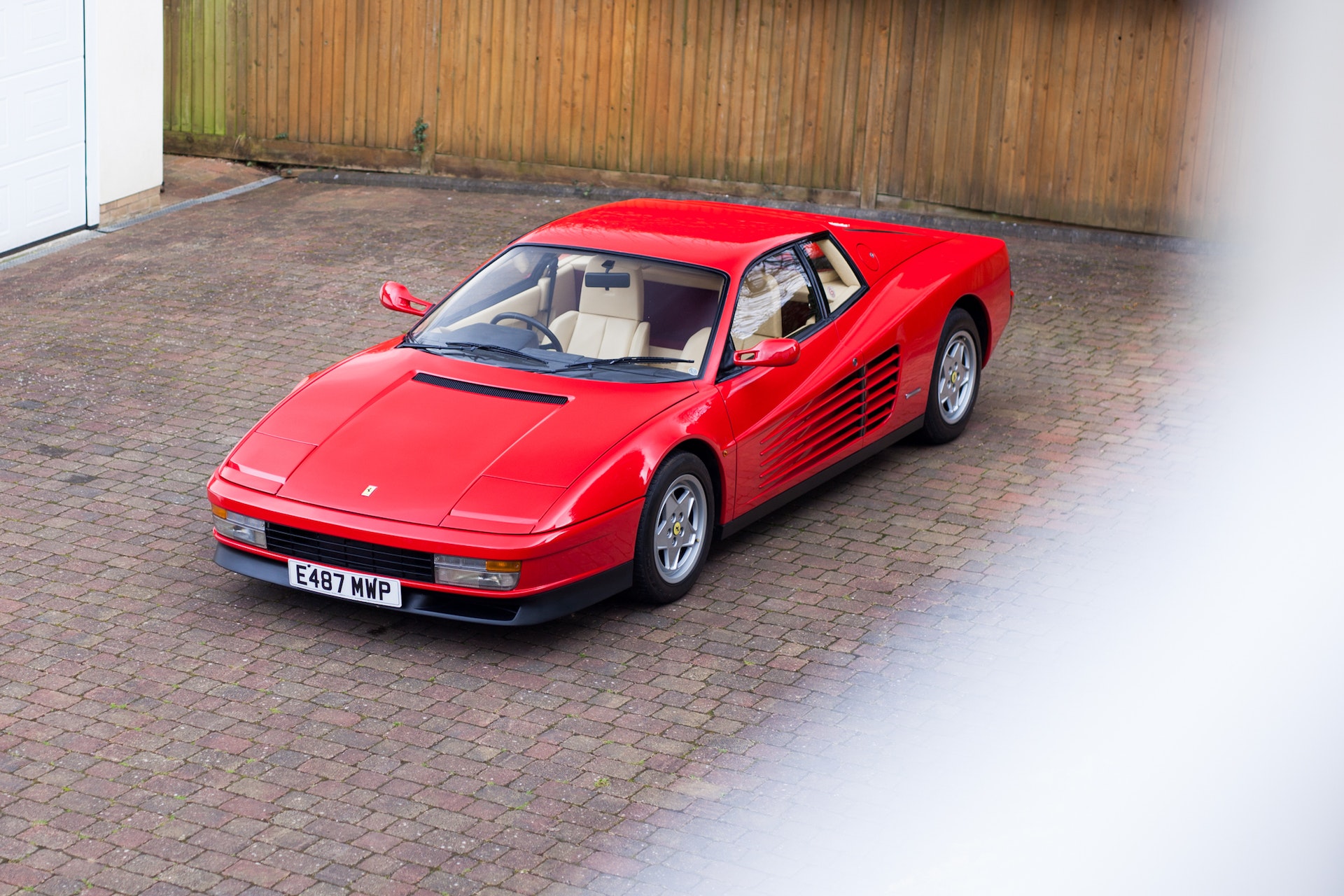 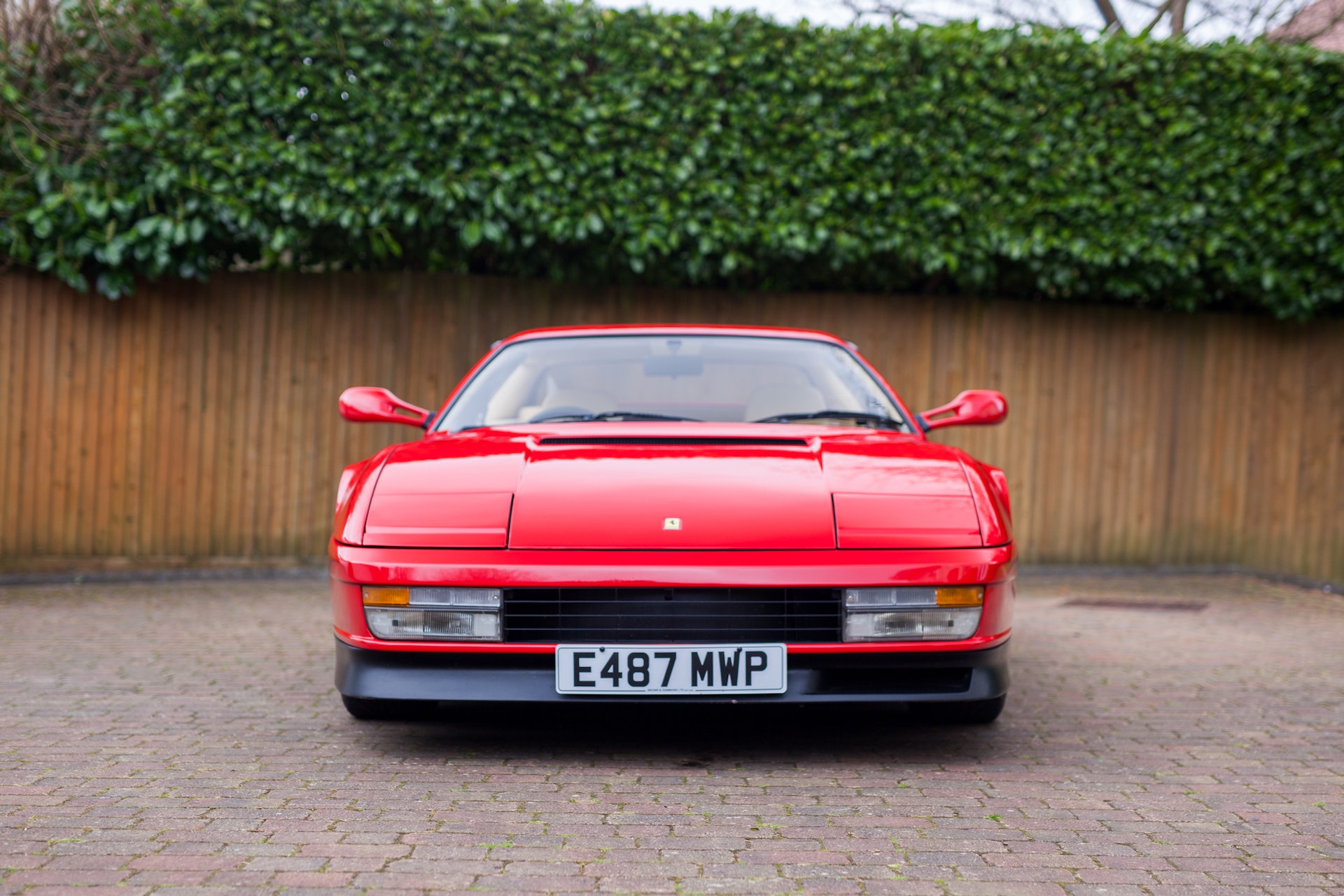 The bodywork of this Testarossa is in absolutely superb condition, as the detailed photos below show. Its Rosso Corsa paint has a gleaming finish all around the car, with no scuffs or scratches. The plastic body trims are also in very good order, and all of the seals and gaskets around windows, door handles and light lenses are sound. 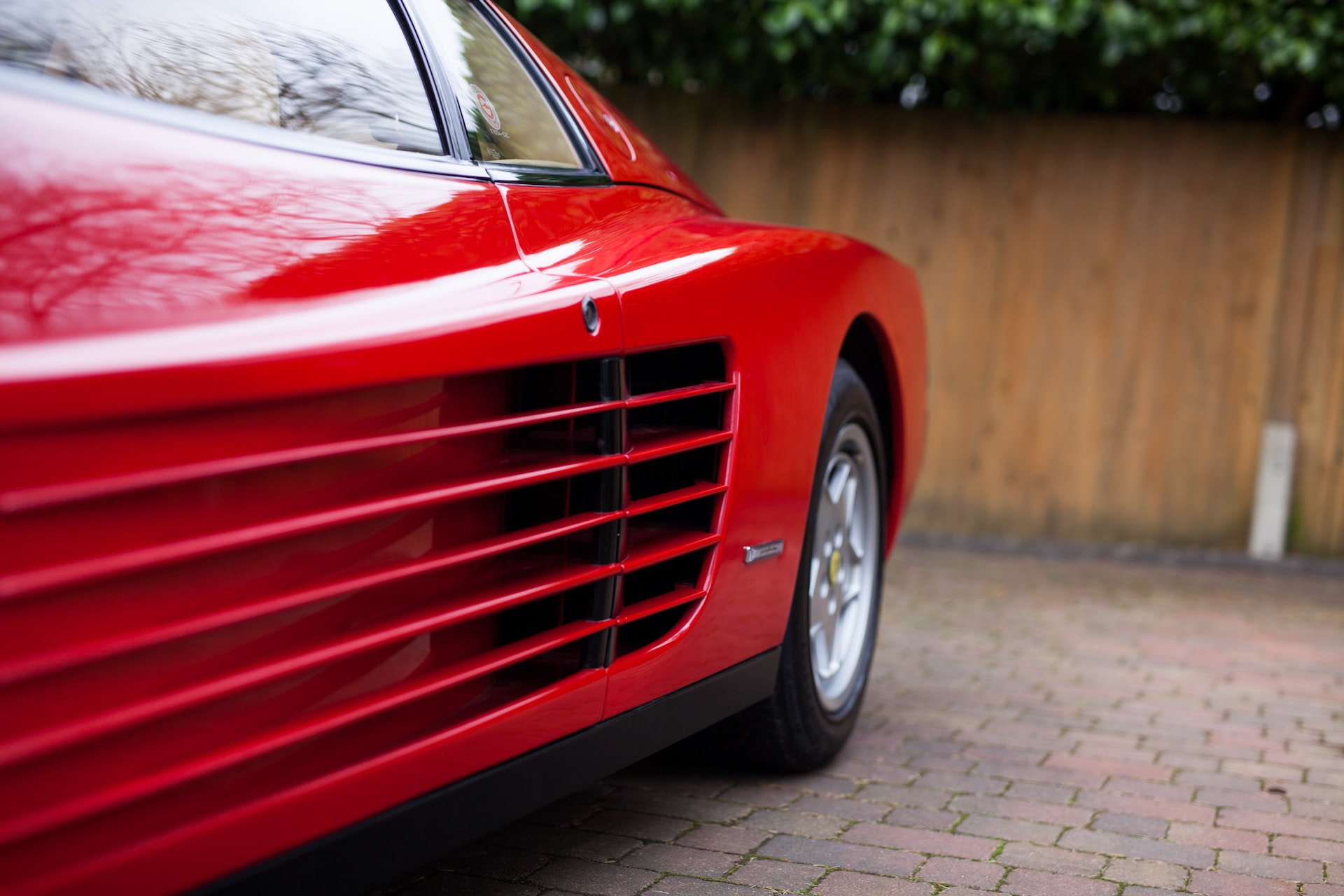 Both doors were repainted in 2014 to bring them up to the same standard as the rest of the body, and the overall appearance today is of a genuine show-quality example. The car sits on a set of five-spoke ‘star’ alloy wheels, which have the correct five-bolt fixings of the later Testarossa, and which retain their original unmarked finish - apart from a couple of spots of flaked paint on the nearside front wheel. 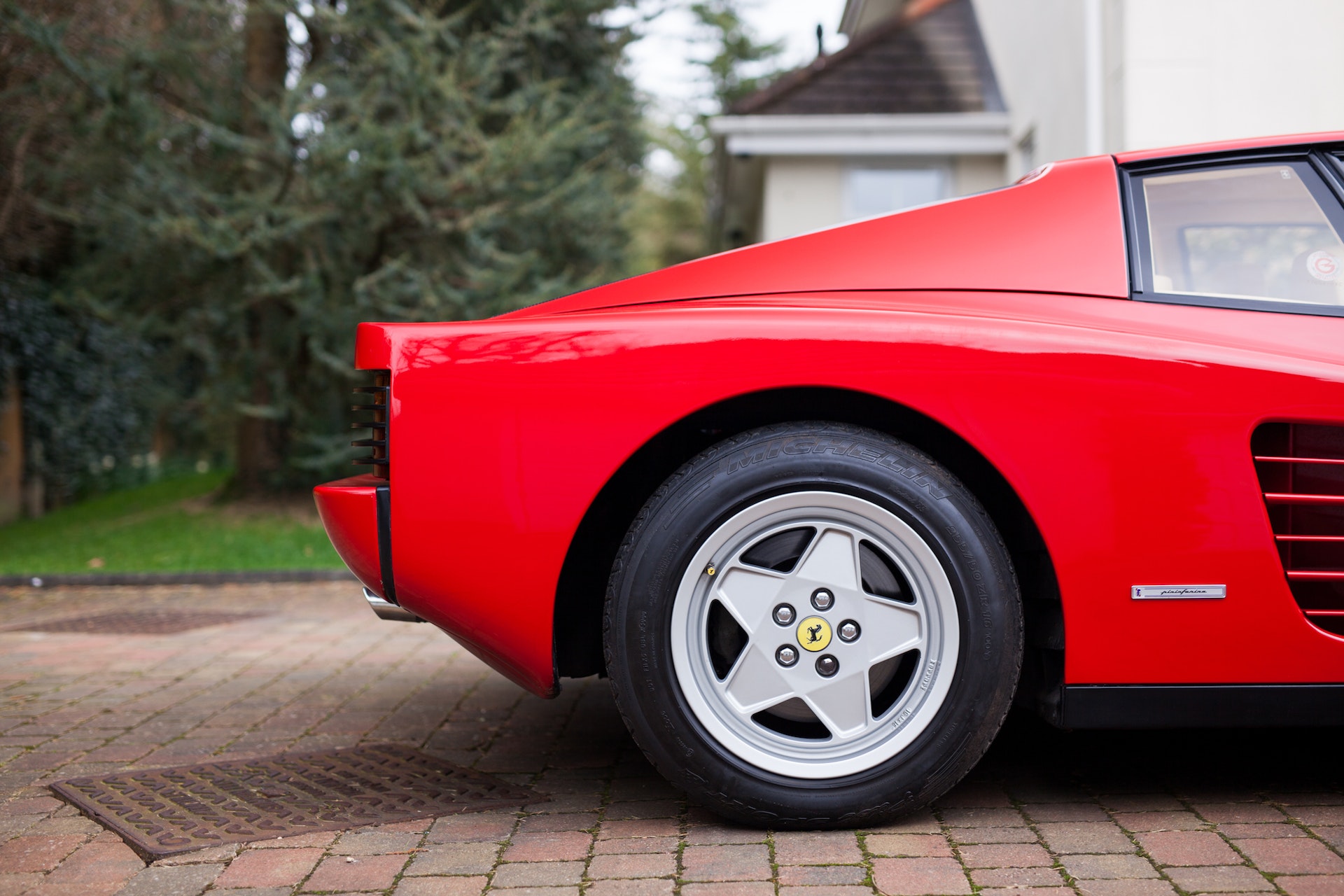 In the cabin, the original Crema leather upholstery is in outstanding condition, with no damage or discolouration. The contrasting black leather around the door cards, dashboard and centre console is also in great shape, as is the headlining and trim around the roof pillars. The red carpets are virtually unmarked, protected by a pair of tailored Testarossa floor mats. 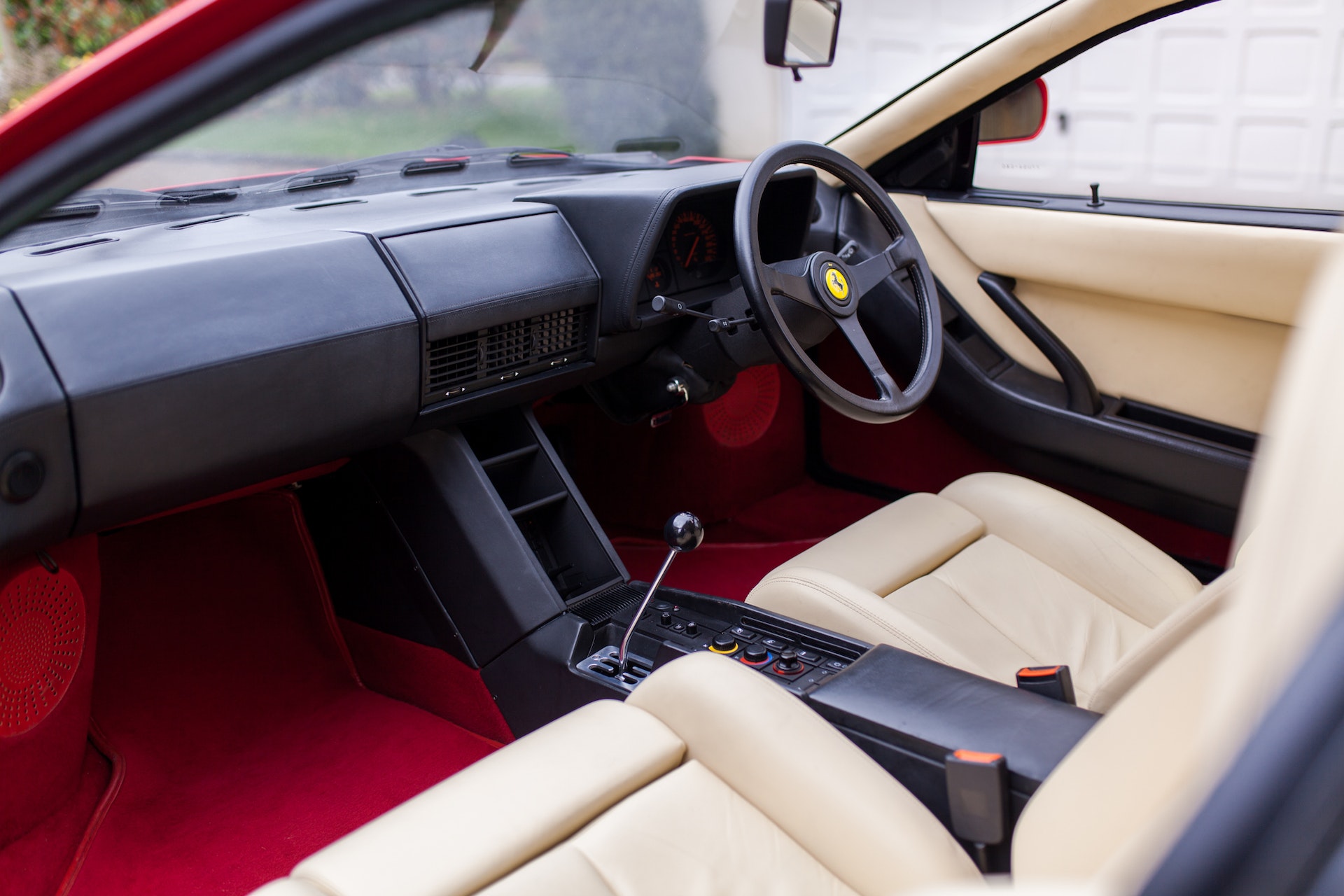 Its three-spoke steering wheel and gloss black gear knob are original, and all of the switchgear remains undamaged, including the seat adjustment controls. The seller reports that all of the electrical functions work, including the air-conditioning, but that the electric window motors operate slowly sometimes. 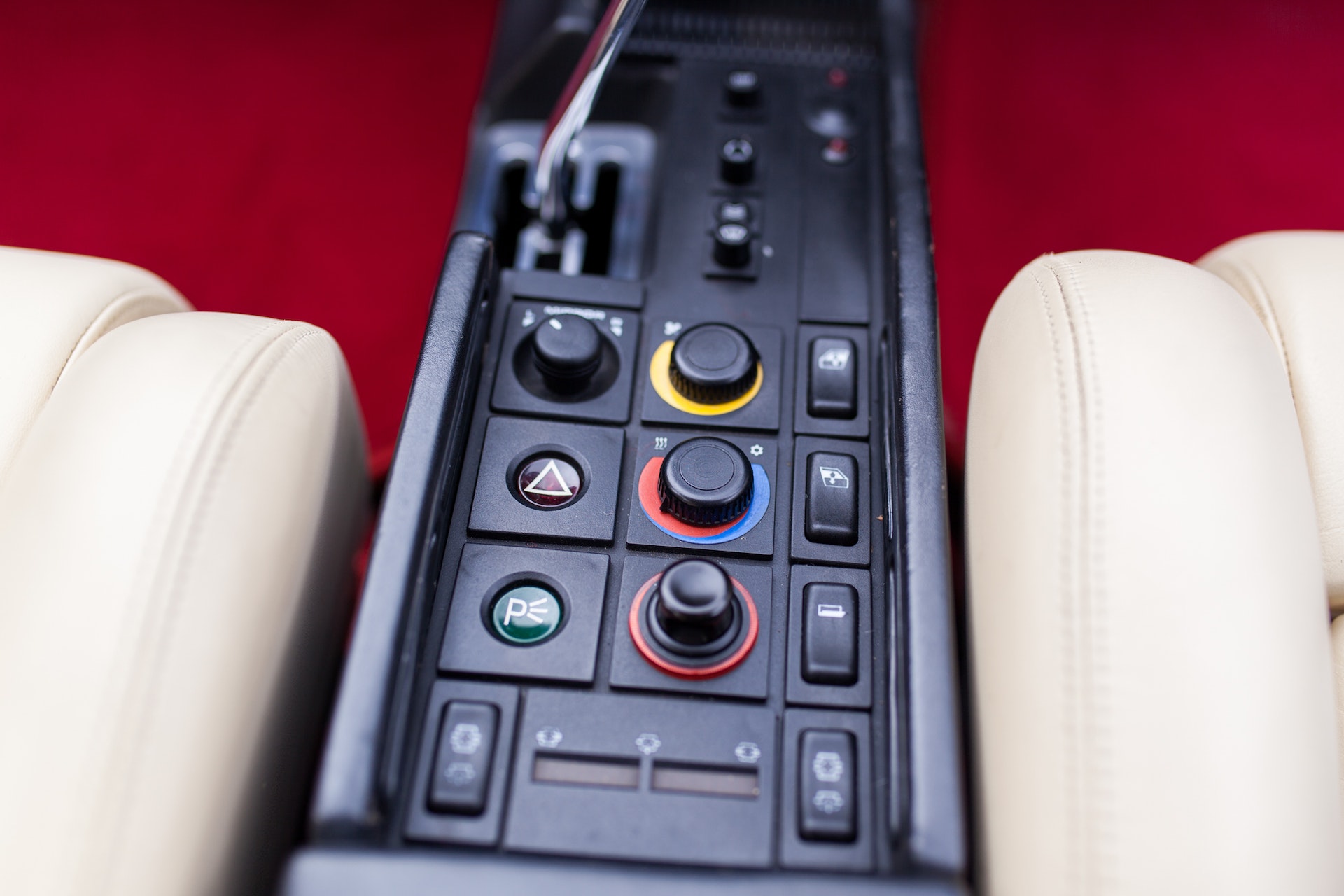 This car’s history file includes numerous invoices from recognised Ferrari specialists, including the likes of Talacrest and Keys Motorsport. Its last scheduled maintenance was carried out in November 2017 at 34,230 km by QV London, which comprised a full ‘fluids and filters’ service as well as renewal of the cambelts, and a repaint of the cam covers in the correct crackle finish. 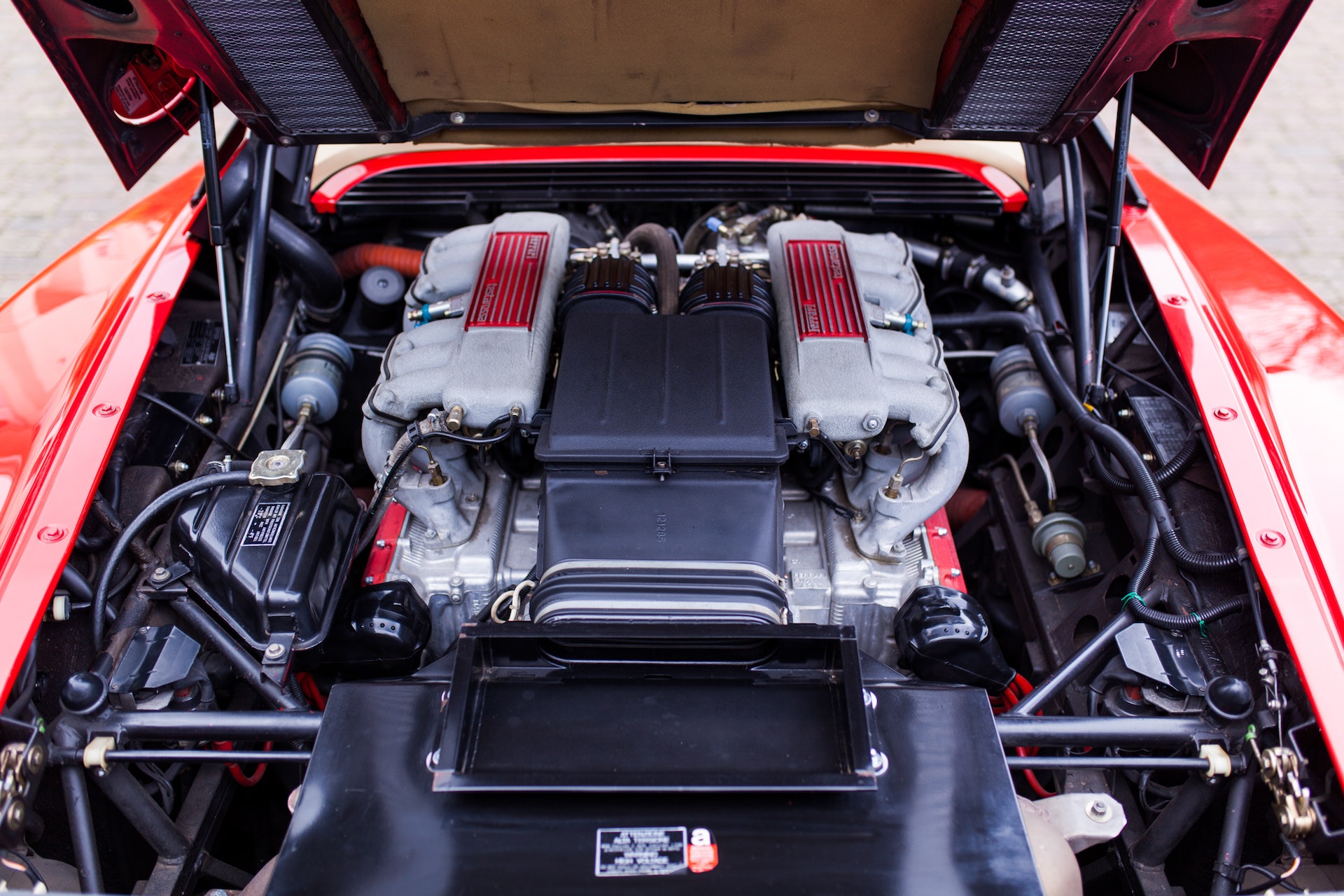 The most recent MOT test was on 30 April 2019 at 34,493 km, which resulted in a clean pass with no advisories whatsoever. In fact, over the last 14 years of MOT history, the car has never failed a test, nor had a single alert or warning on the certificates. 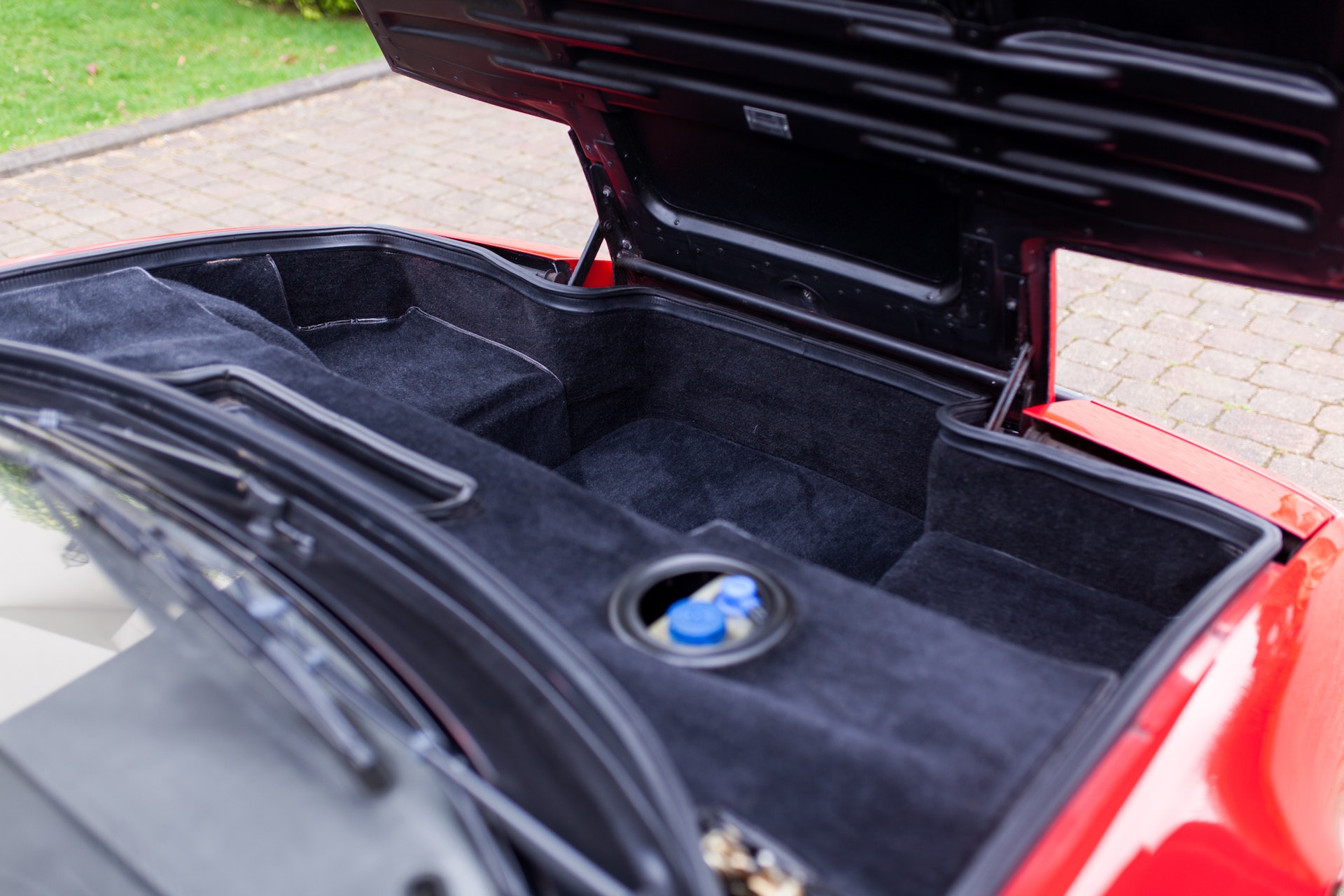 The wheels are fitted with a set of Michelin Pilot Sport tyres in size 225/50 ZR16 at the front and 255/50 ZR16 at the rear. They are date-coded to 2000, but are still in sound condition, with a good level of tread remaining. Accompanying this car is a full workshop manual, and a good history file of servicing and maintenance invoices. 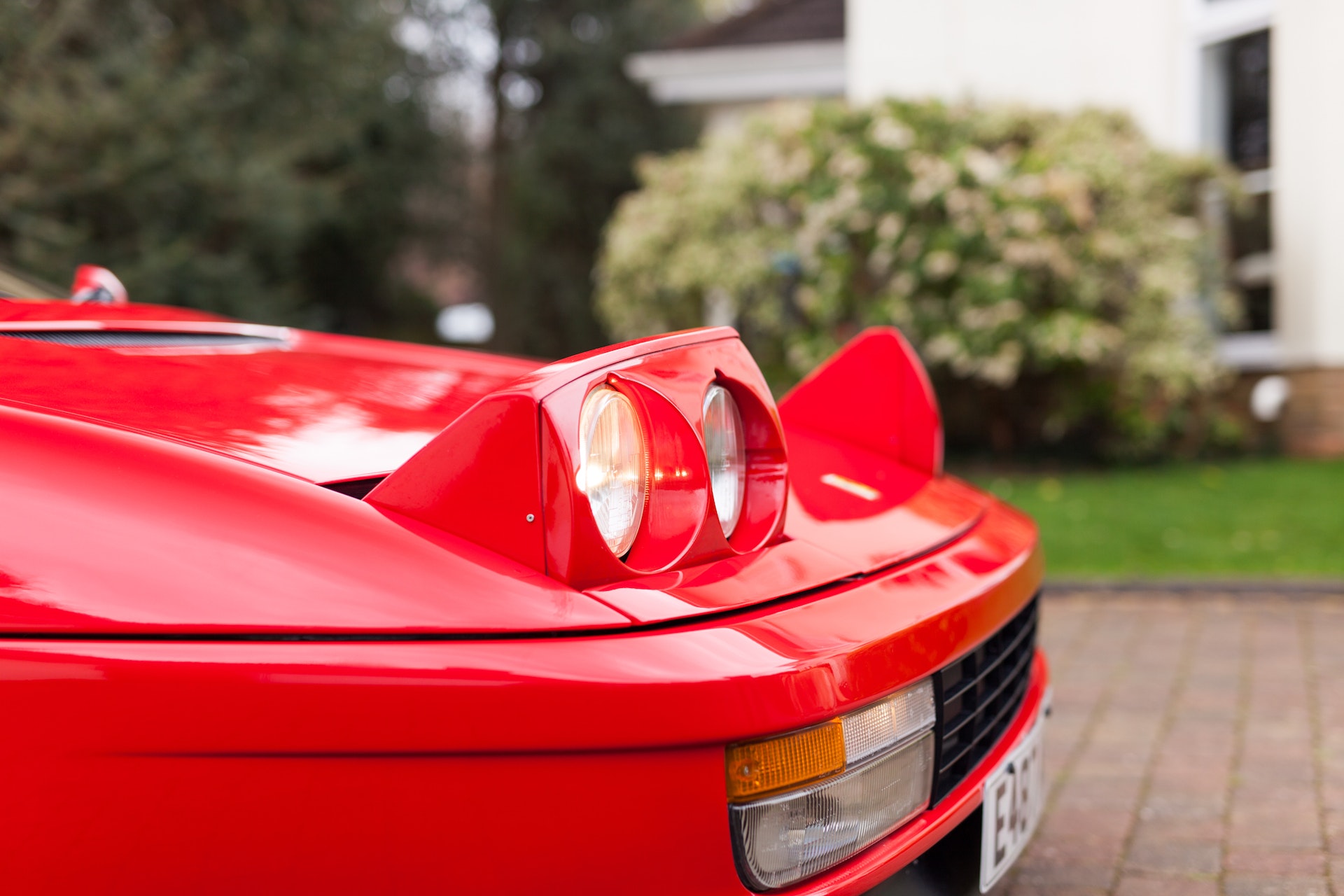 Revisiting the Testarossa model for an Autocar feature drive in 2015 — in his father’s old car no less — motoring journalist Andrew Frankel wrote: “This is a wide-open-space kind of car. To find such a road and row it along in third and fourth, savouring the scrape of that fabled open-gate gearshift, is to unearth a form of motoring pleasure lost to those who drive today’s supercars.” 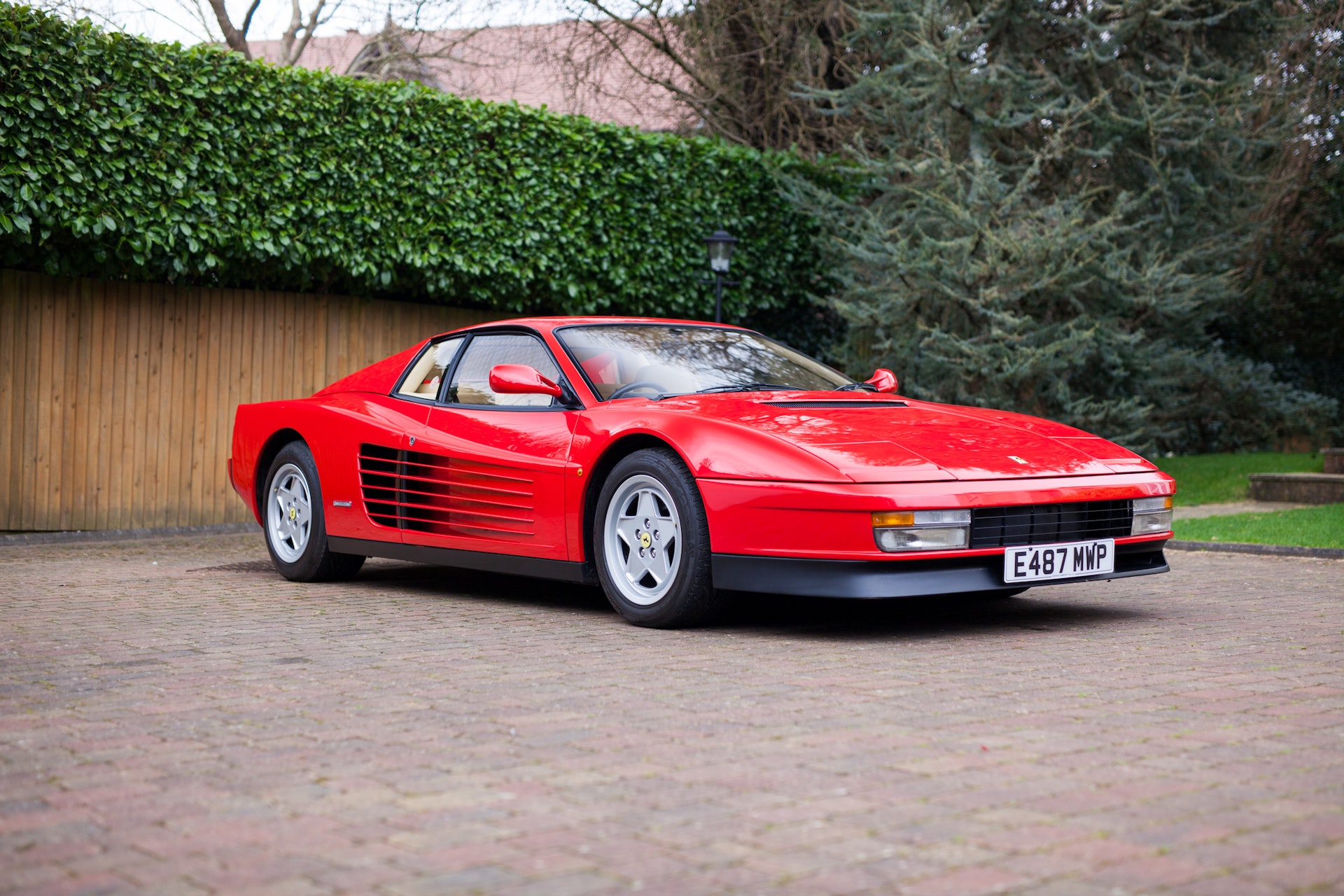 This Ferrari Testarossa is a wonderful example of the marque’s 180mph flat-12 flagship. It delivers an enthralling analogue driving experience with a character that is totally unique to the car, and its unmistakable design makes it a real crowd-pleaser. If you have always wanted Ferrari’s 1980s pin-up in your collection, this car is undoubtedly one of the very best.