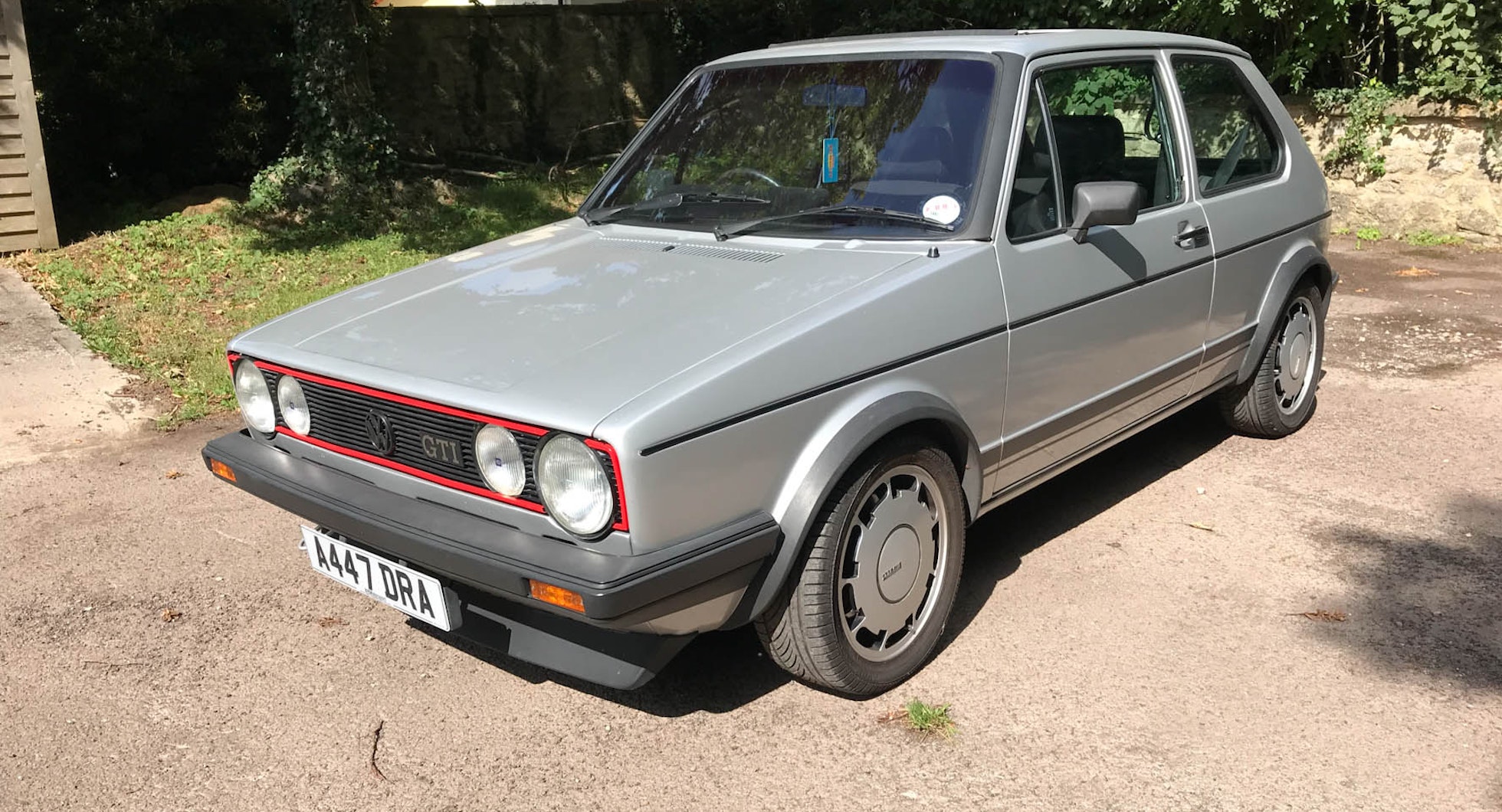 This 1984 Volkswagen Golf GTI Mk1 is a rare example of one of the very first hot hatchbacks, with around 1,000 Campaign Edition models produced for the UK. It is equipped with an uprated 16-valve engine built in 1990 around a 2.0-litre block, which was ported and gasflowed in period by BR Motorsport. Power is driven through a five-speed manual gearbox. 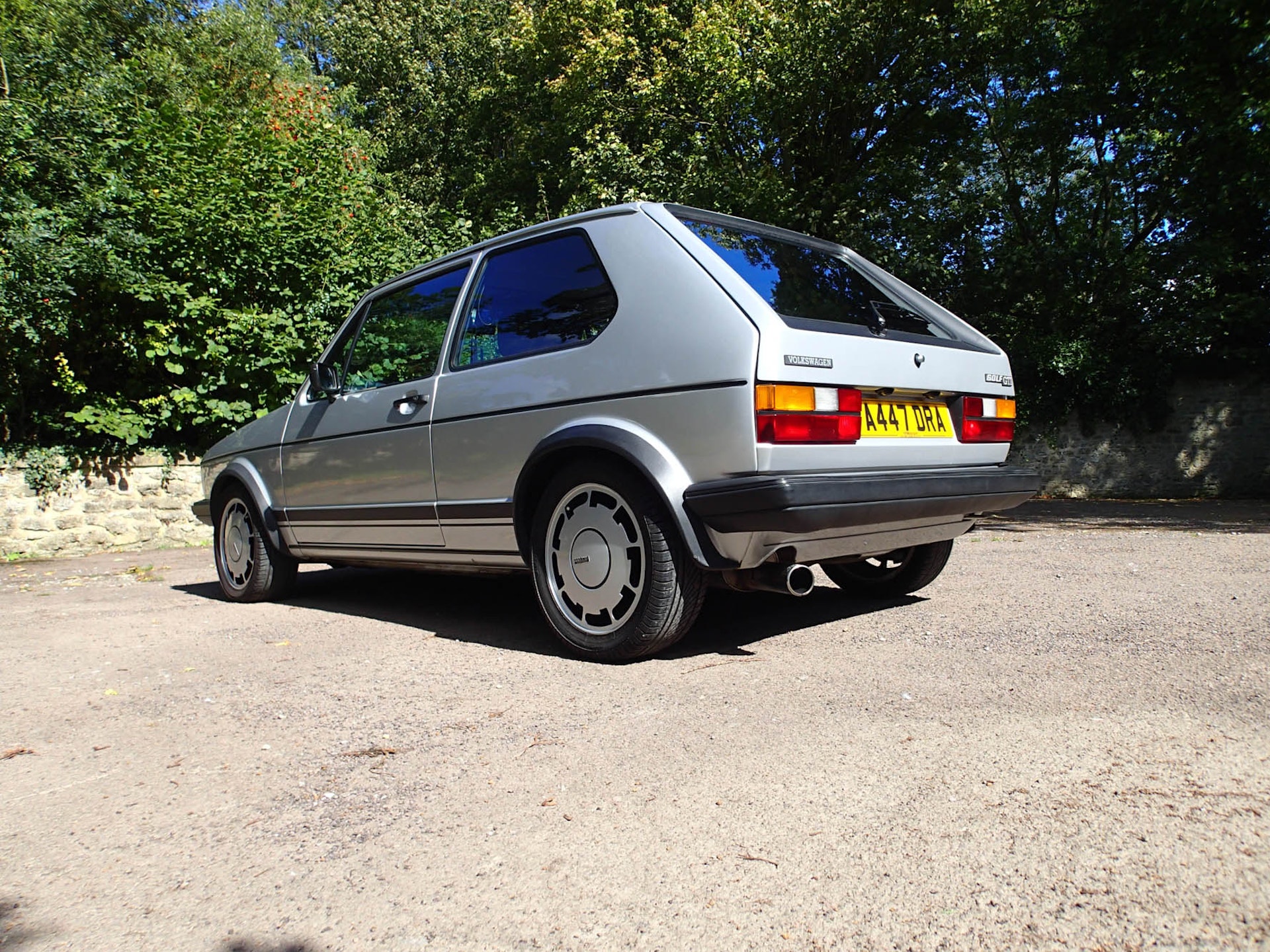 The car was first registered on 12 January 1984 in the UK. Its most notable owner was Brian Ricketts, a former F1 pit crew member and engineering director of both GTI Engineering and BR Motorsport. He purchased the car in the late 1980s, and during 1990 upgraded and modified it as a demonstration of the tuning work that BR Motorsport was capable of. It was acquired by the vendor in 2014. 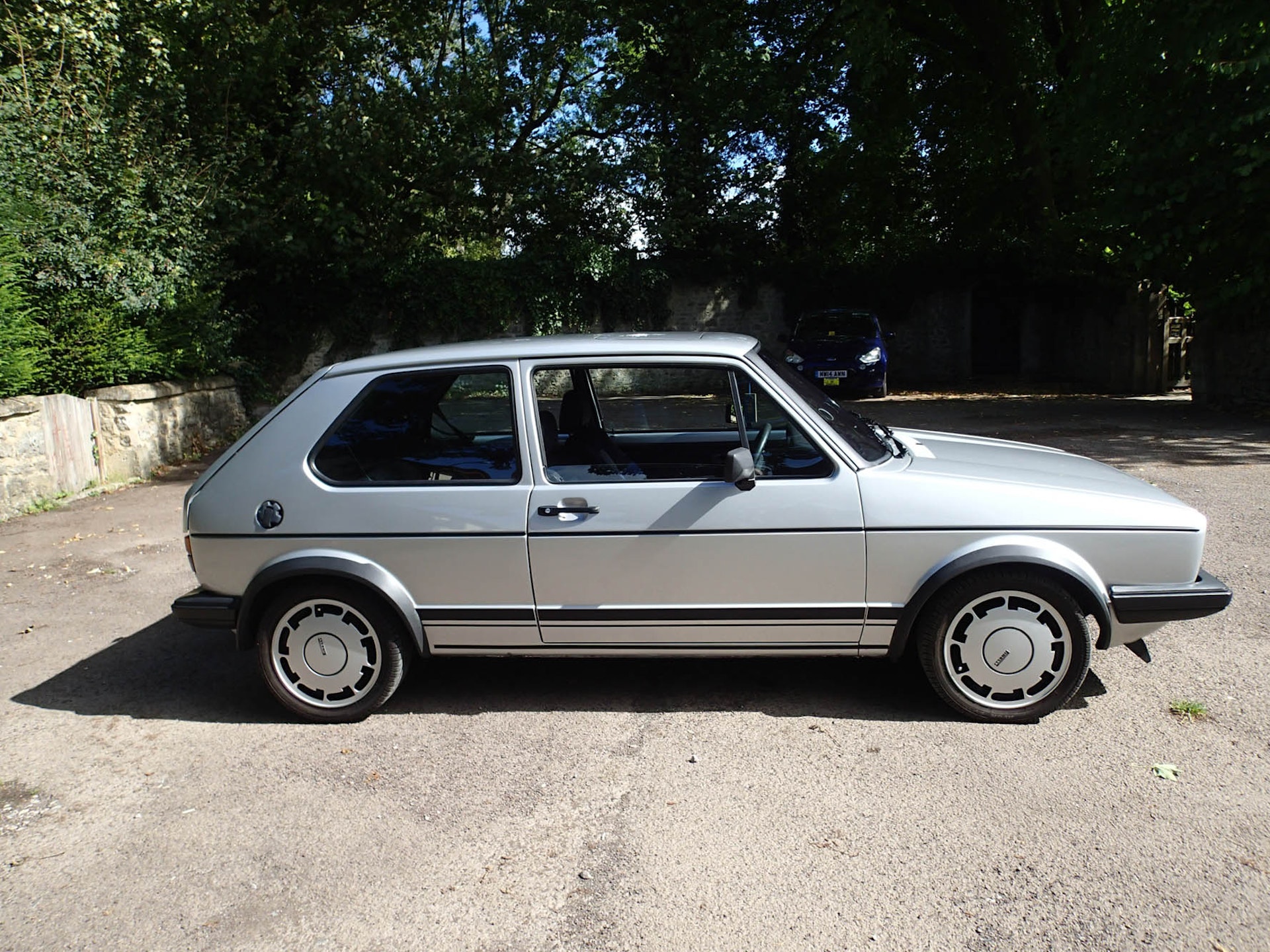 Along with the aforementioned uprated engine — which was the highest specification produced by BR Motorsport — additional modifications made Brian Ricketts included uprated Schrick camshafts, a BR Motorsport 2.5-inch Jetex rally-type exhaust with ceramic-coated manifold, uprated brakes, a stronger gearbox and more robust mounts, and a Sachs Group N clutch. The centre console was also fitted with VDO/Lucas gauges for oil temperature, oil pressure and voltage. In the past five years, new adjustable Koni inserts and Eibach springs have been installed, taking the suspension back to period-correct condition. 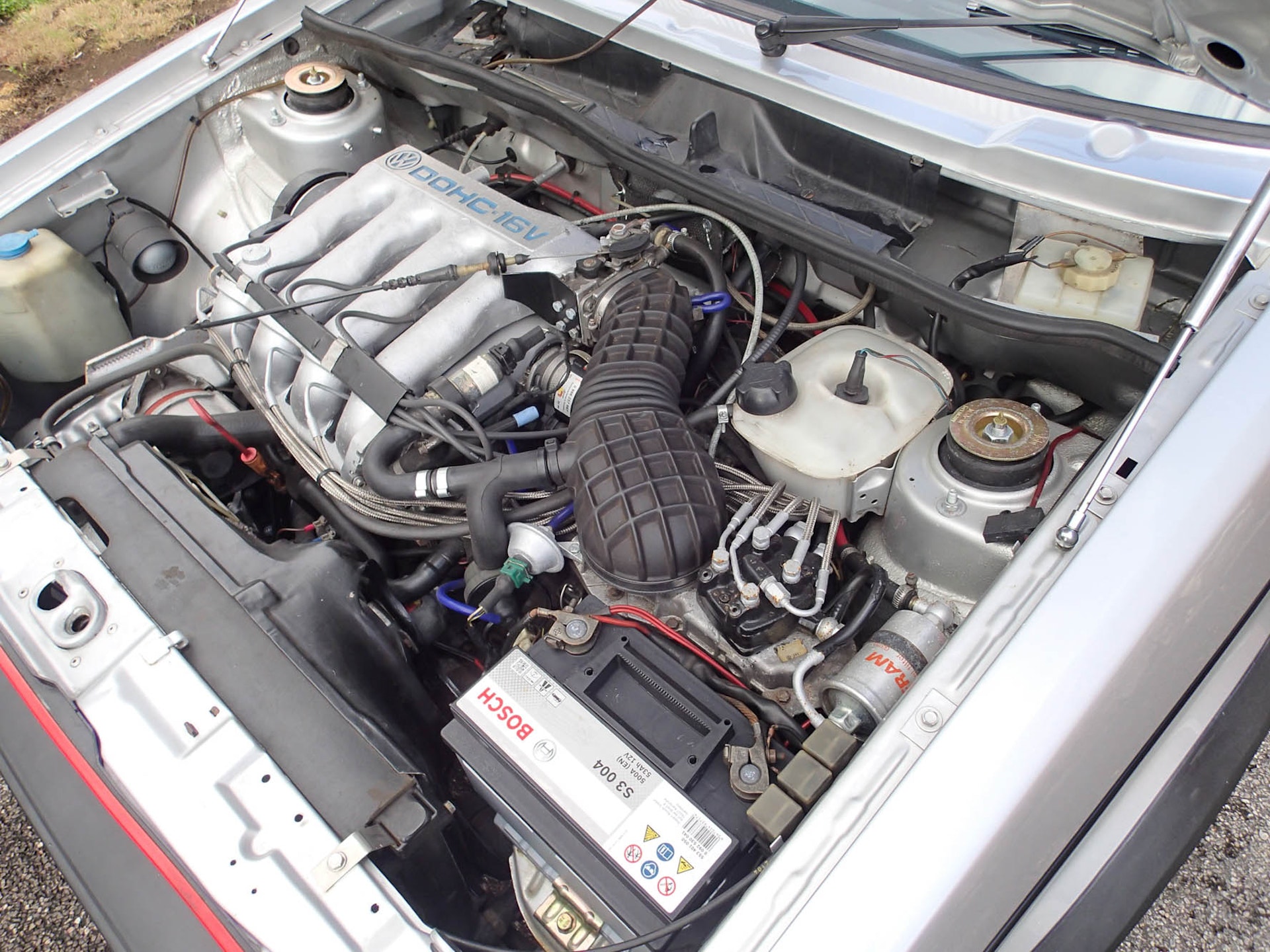 The car was given a new coat of VW Diamond Silver paint around seven years ago, and it’s still glossy, showing just a few stone chips and blemishes. Overall, the car presents very nicely with minor imperfections that include rust bubbling inside the driver’s door gaps, the sticker surrounding the rear window lifting, and some surface rust visible at the edges of the nearside side stripes and under the sills. 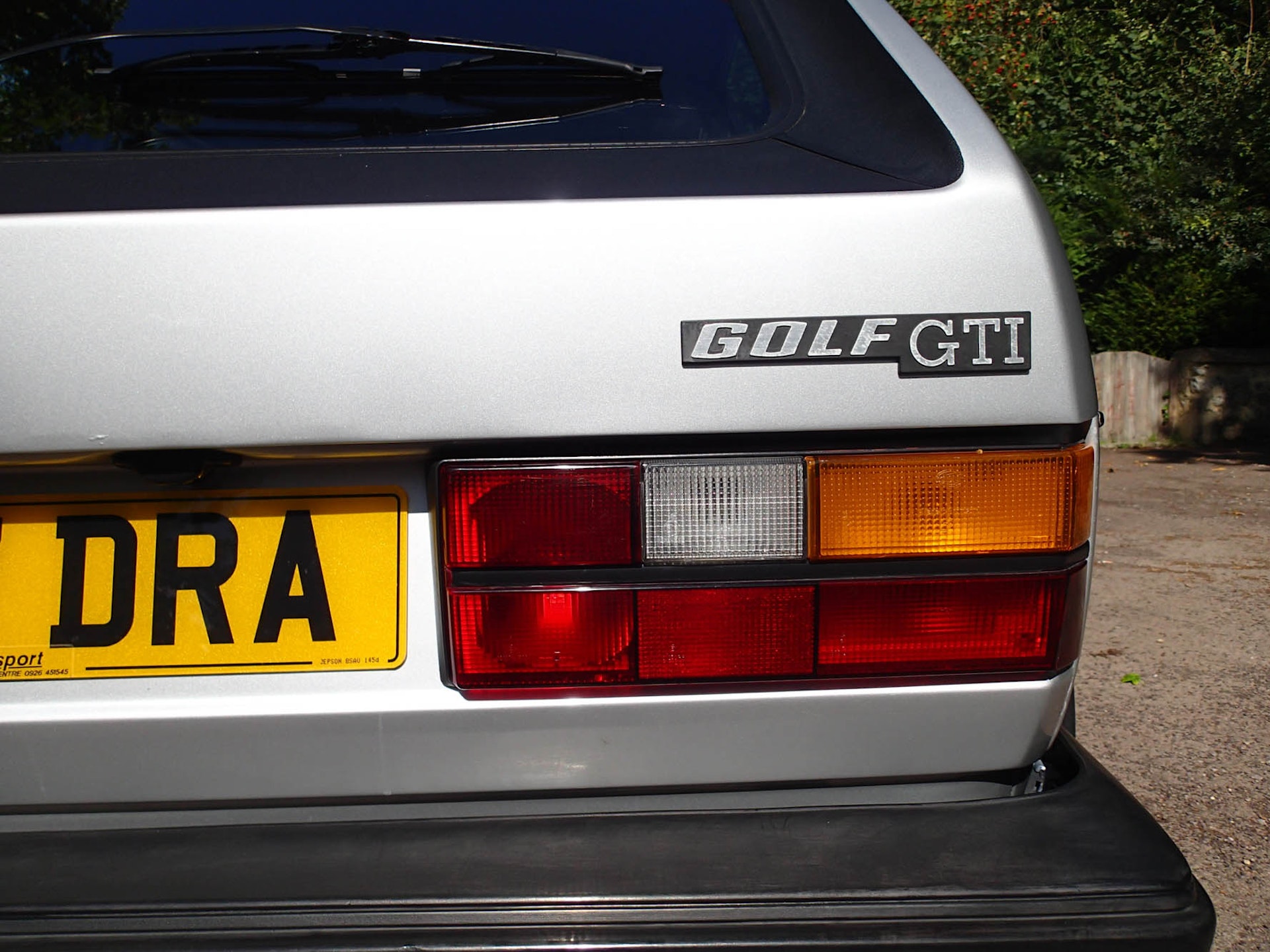 Inside, the car’s cabin houses all of the signature Campaign Edition features, including the leather-trimmed steering wheel, ‘golf tee’ door pins and tinted windows. The interior is described as being in very good condition, and the detailed photos certainly show that it has aged well. The seat bolsters are undamaged, although the seat bases would benefit from new stuffing to fill them out as the cloth is slightly loose. 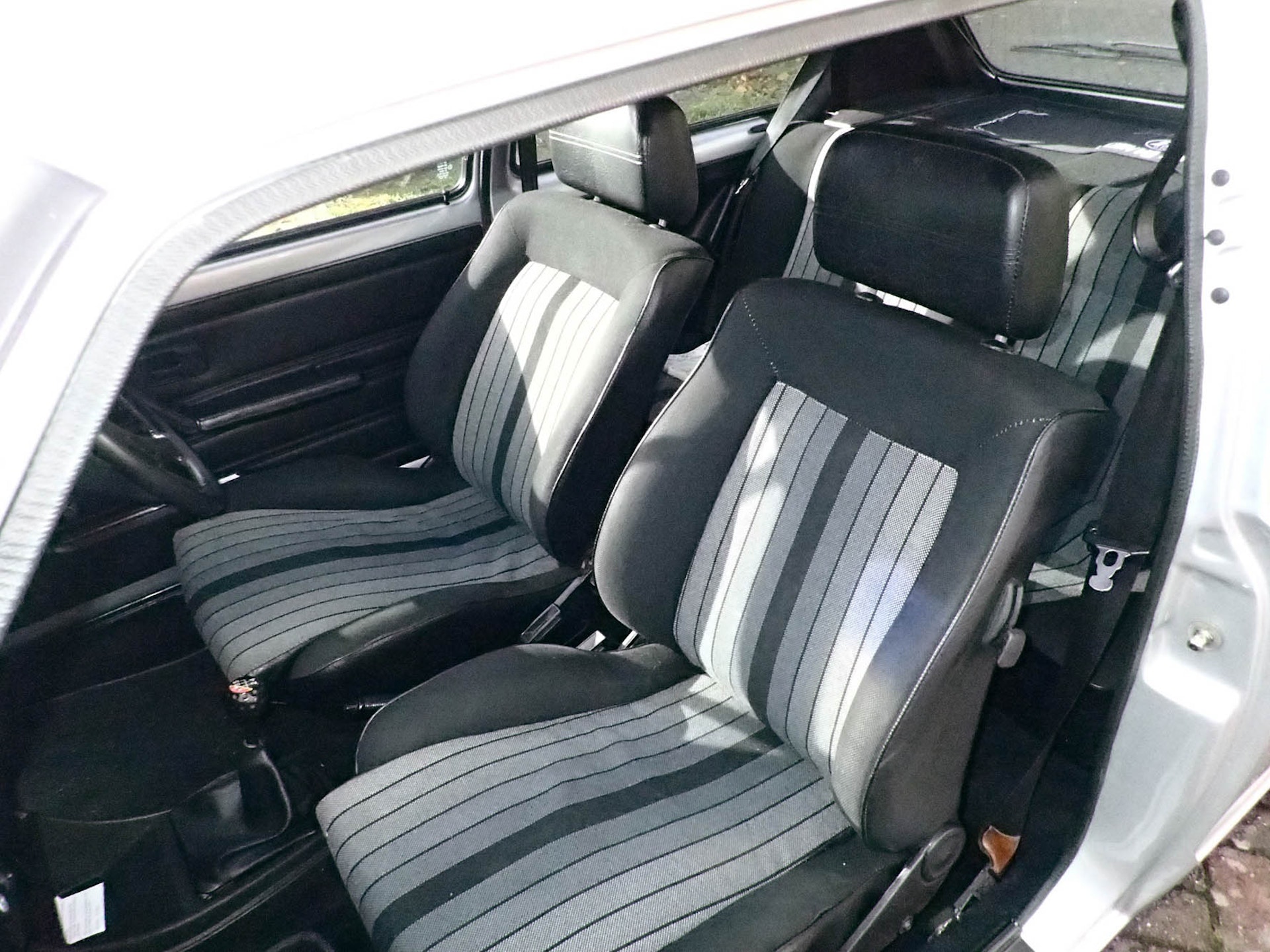 The dash has no cracking or sagging, and all the auxiliary gauges function as they should, but there is some stubborn sticker residue on top of the centre console. There are signs of wear from age and use around the cabin, including on the carpets, door cards and in the boot compartment, but happily the car still retains the famous ‘golf ball’ gear knob. An electric central locking system with electric windows and illuminated switches were added during Brian Rickett’s ownership. The vendor has since converted the windows back to manual winders, but the original electric regulators will come with the car. 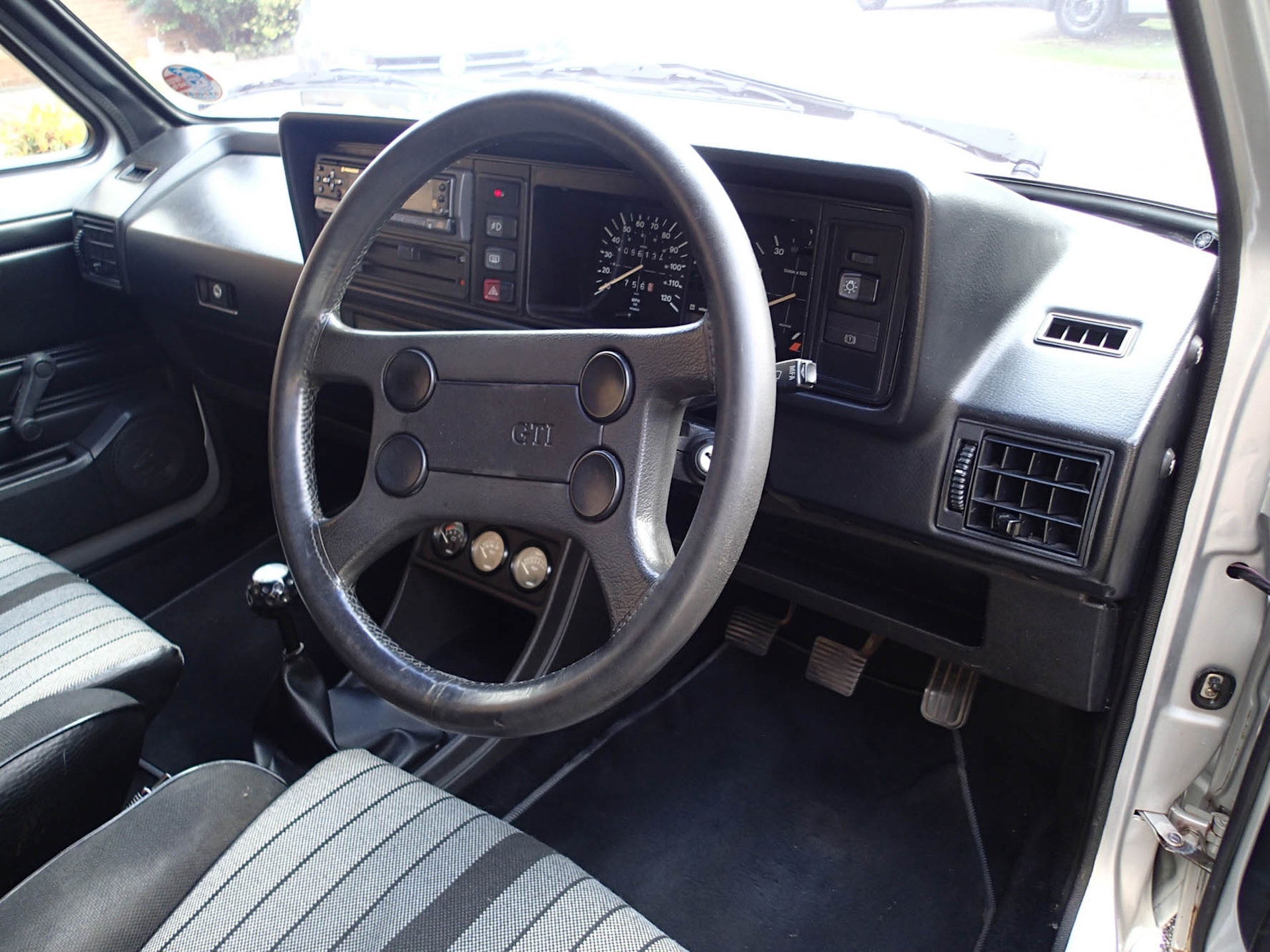 The car is currently wearing 15-inch Pirelli P-Slot alloy wheels, which are one inch larger than standard. The vendor reports that genuine P-Slot wheels of this size are very rare, having only been available as part of a Pirelli marketing campaign in the 1980s. The Ronal alloy wheels fitted to the car as part of the BR Motorsport modifications (as seen in the period article in the media gallery) will also accompany the car when sold. 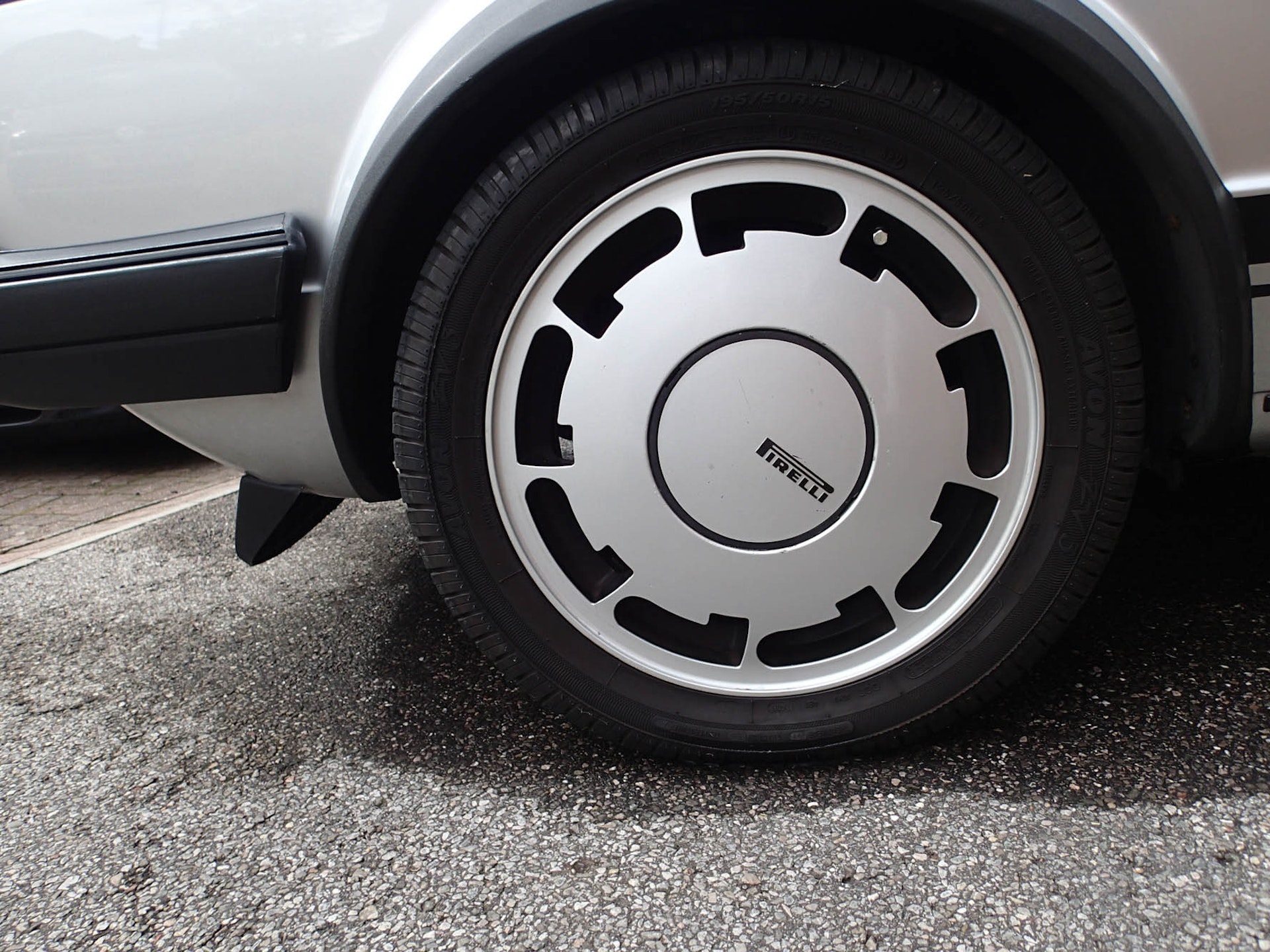 Frequently used but well maintained over the years, the car starts, runs and drives well. After the vendor purchased the Golf, it was inspected by Dialynx Performance and the timing was retarded to slightly detune performance and improve longevity. Its rear suspension beam, while fully functional, was found not to have been refurbished, so the vendor reports that this would benefit from being prepared and painted to match the standard of the rest of the car. The last MOT test was on 8 September 2019, which resulted in a clean pass with no advisories or warnings. 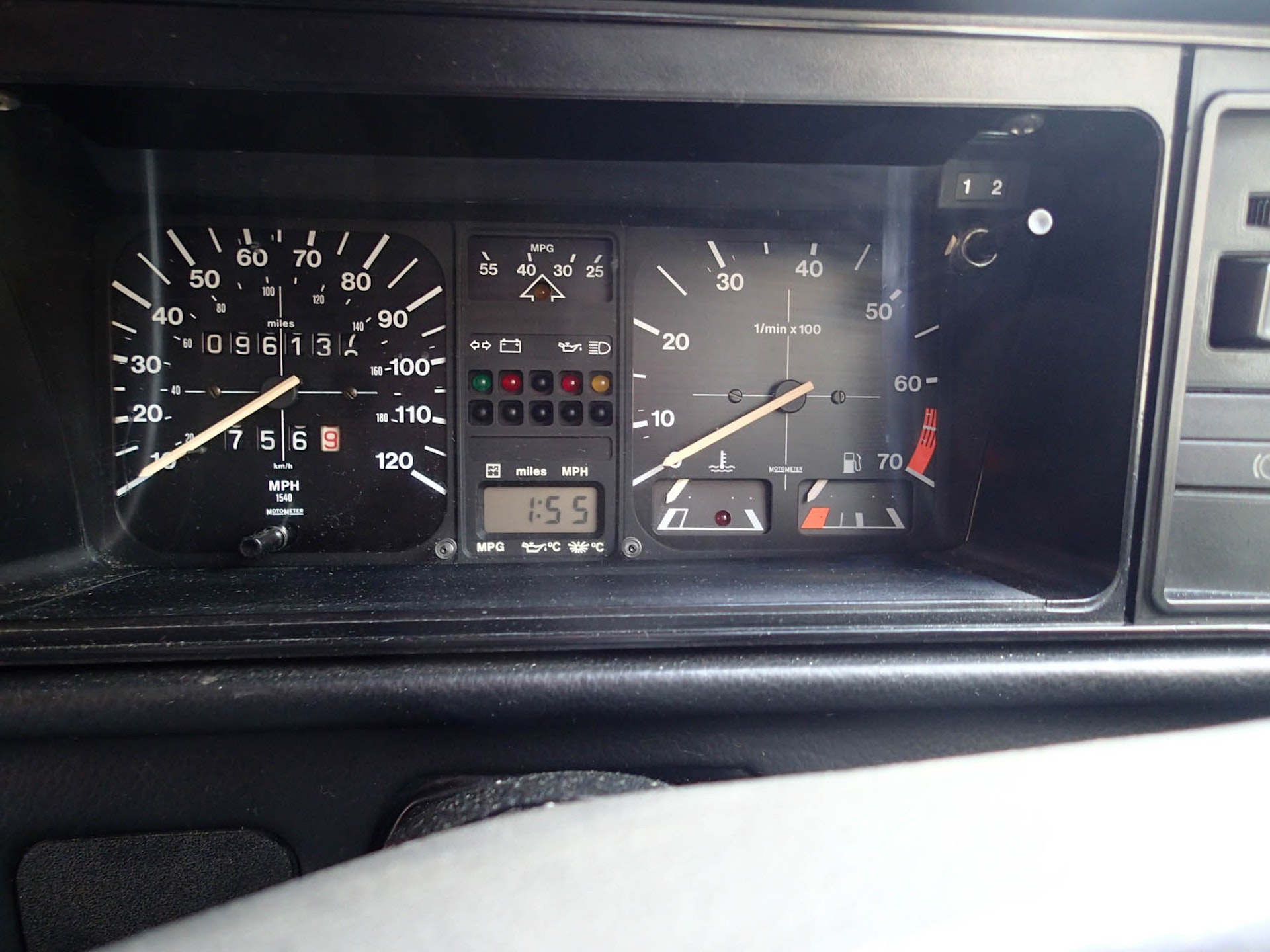 The car is accompanied by its original instruction manual and an extensive history file, which includes the original V5 in Brian Ricketts name, as well as a 1991 article in VW Motoring magazine, in which it was featured. 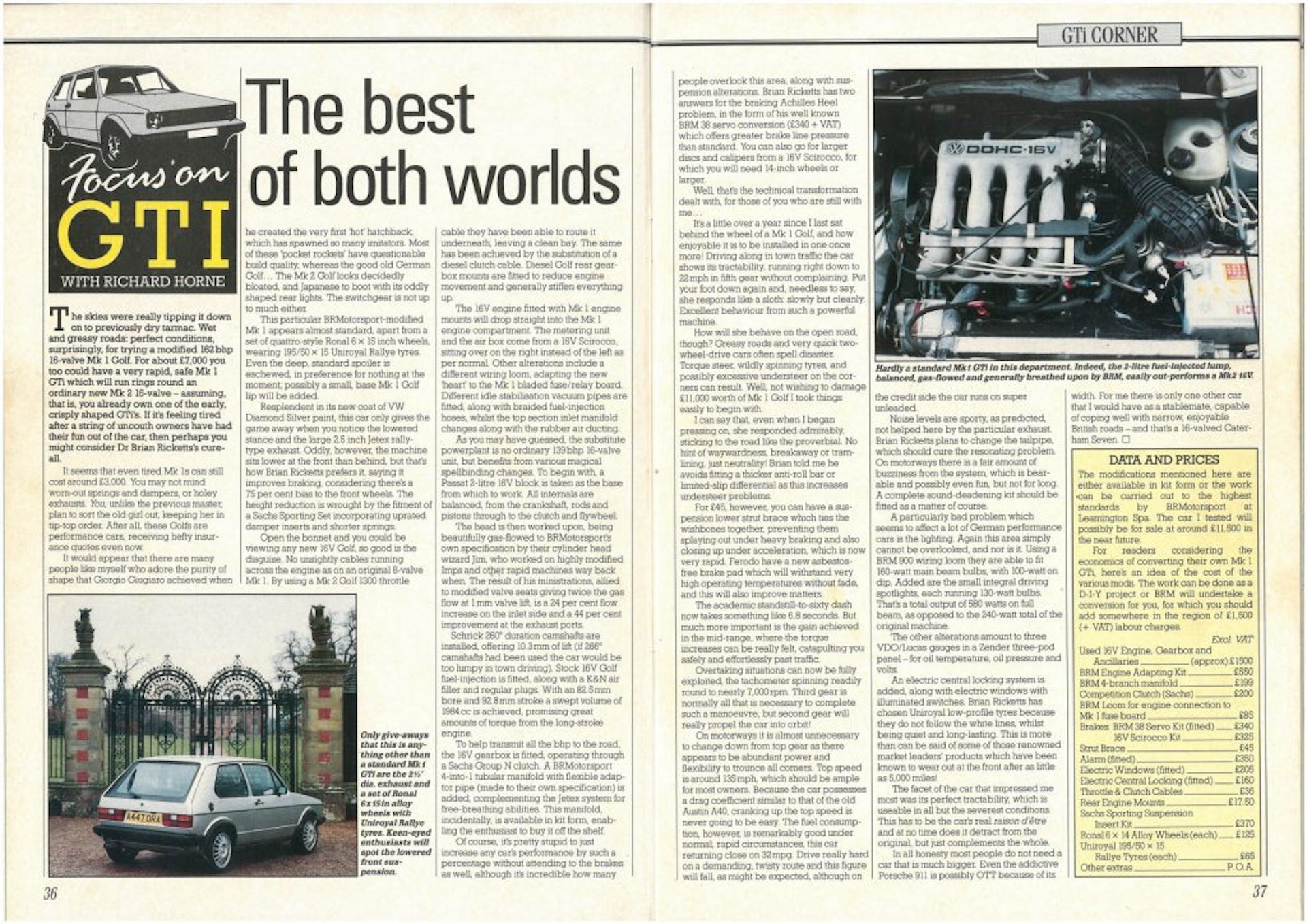 Journalist Richard Horne had some time behind the wheel and described the car as follows: “Driving along in town traffic, the car shows its tractability, running right down to 22mph in fifth gear without complaining. […] How will she behave on the open road, though?... I can say that, even when I began pressing on, she responded admirably, sticking to the road like the proverbial. No hint of waywardness, breakaway or tramlining, just neutrality!” — a description just as applicable today as it was 28 years ago. 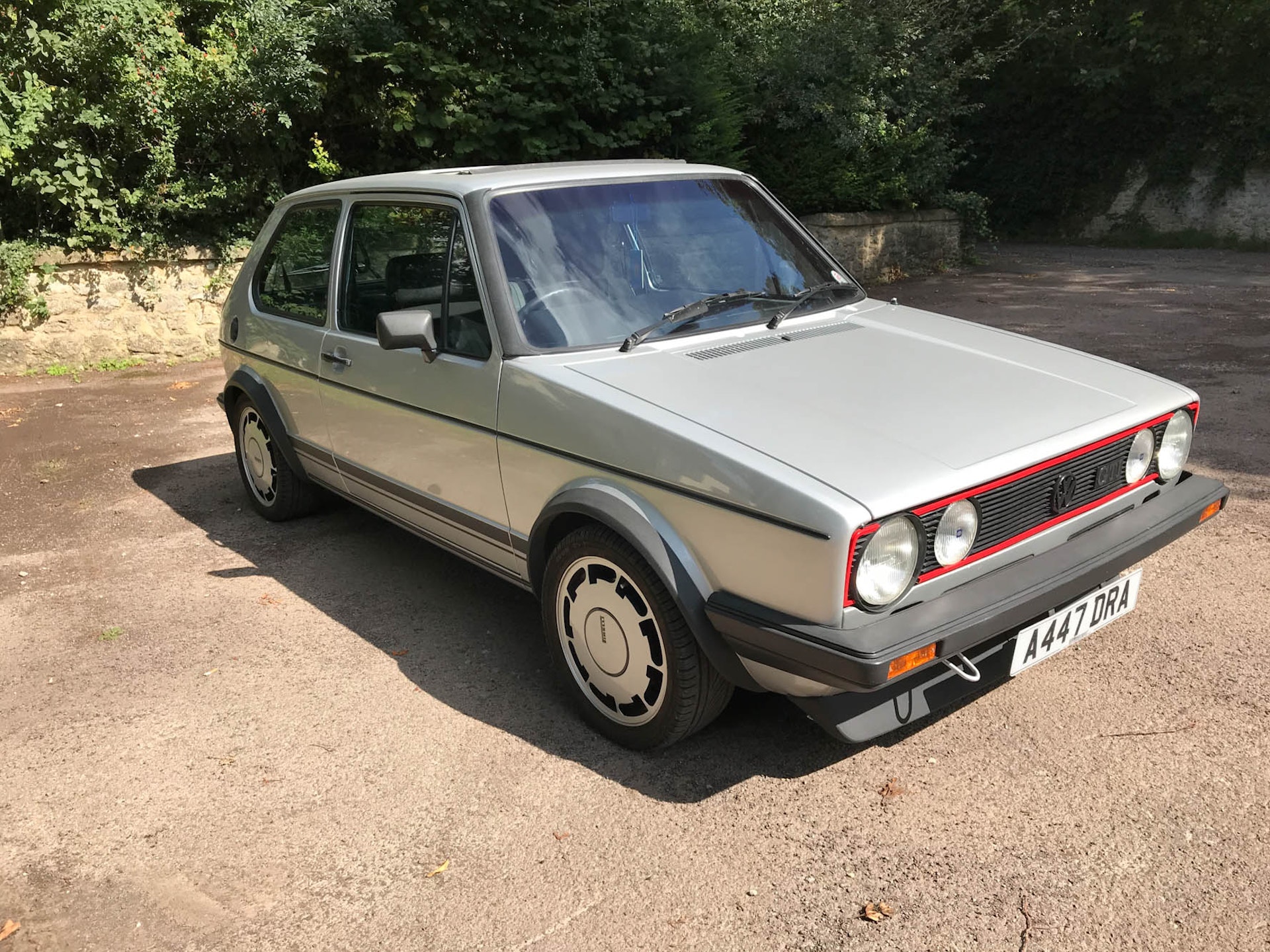 This 1984 Volkswagen Golf GTI Mk1 Campaign Edition is an intriguing example of the archetypal hot hatch, having been uprated in period by one of the most renowned GTI tuning specialists. Its powertrain provides an incredible mix of low-down torque for pottering around town and 16-valve peak output for faster driving. An exciting modern classic, this car will appeal to anyone who appreciates its in-period tuning provenance, or perhaps someone looking for an interesting companion car to an original stock Mk1 GTI.