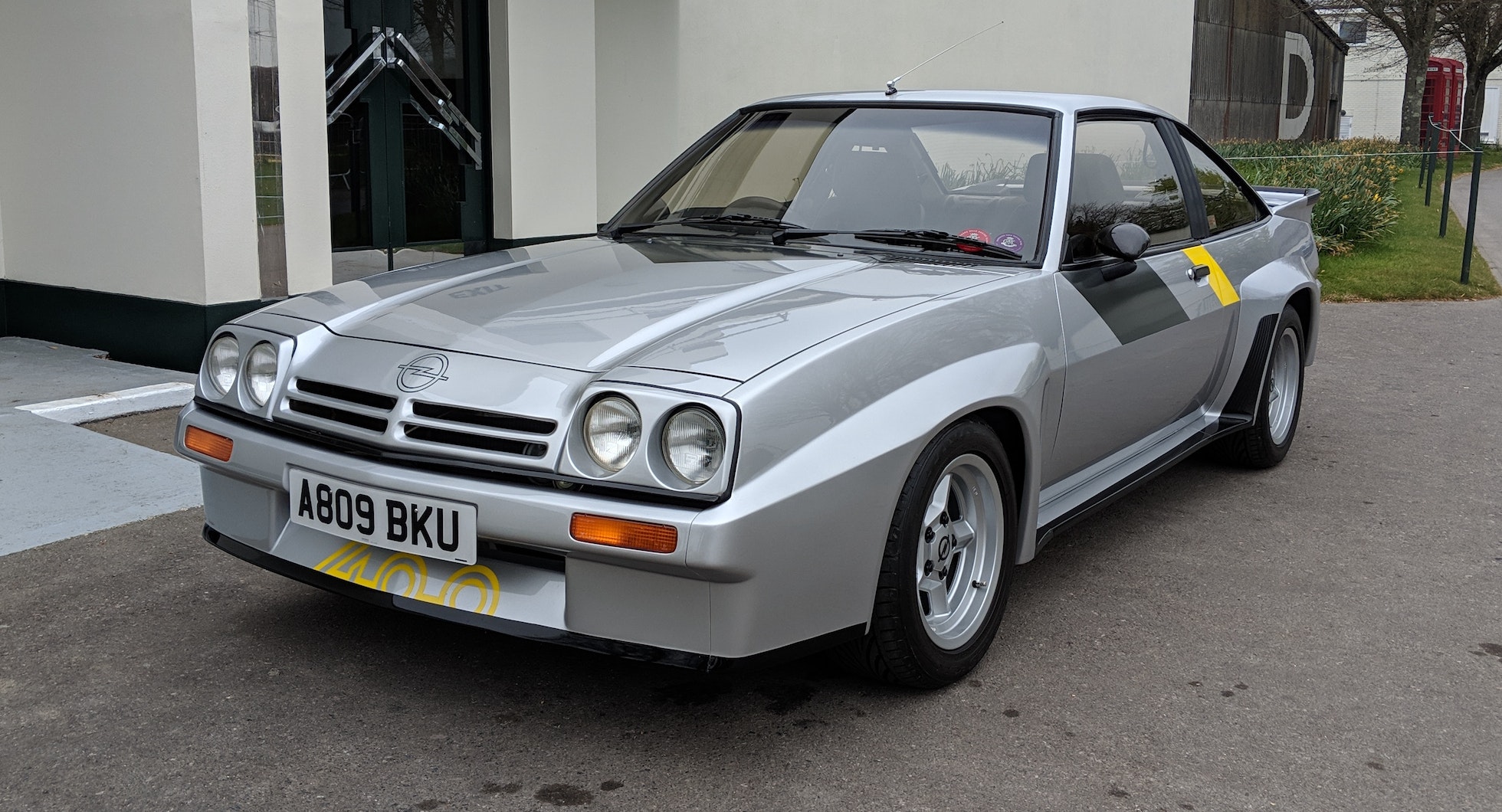 This 1983 Opel Manta 400 is one of just 245 road-going examples built to homologate the car to FIA Group B regulations. Finished in rare Astro Silver with the Opel Blitz Logo interior trim, the Manta 400 also has the desirable Irmscher wide wheel-arch extensions – fitted to only 59 of the road-going cars – plus the later four-slot grille and three-piece spoiler. The car was fully restored in 2005-2006 by its second owner, using only OEM parts where components needed replacing. It has covered around 29,250 miles (47,063 km) from new, 3,000 miles of which are since the restoration. A remarkable homologation special in outstanding condition, this Opel Manta 400 is ready to bring the magic of 1980s Group B to an exciting weekend drive. 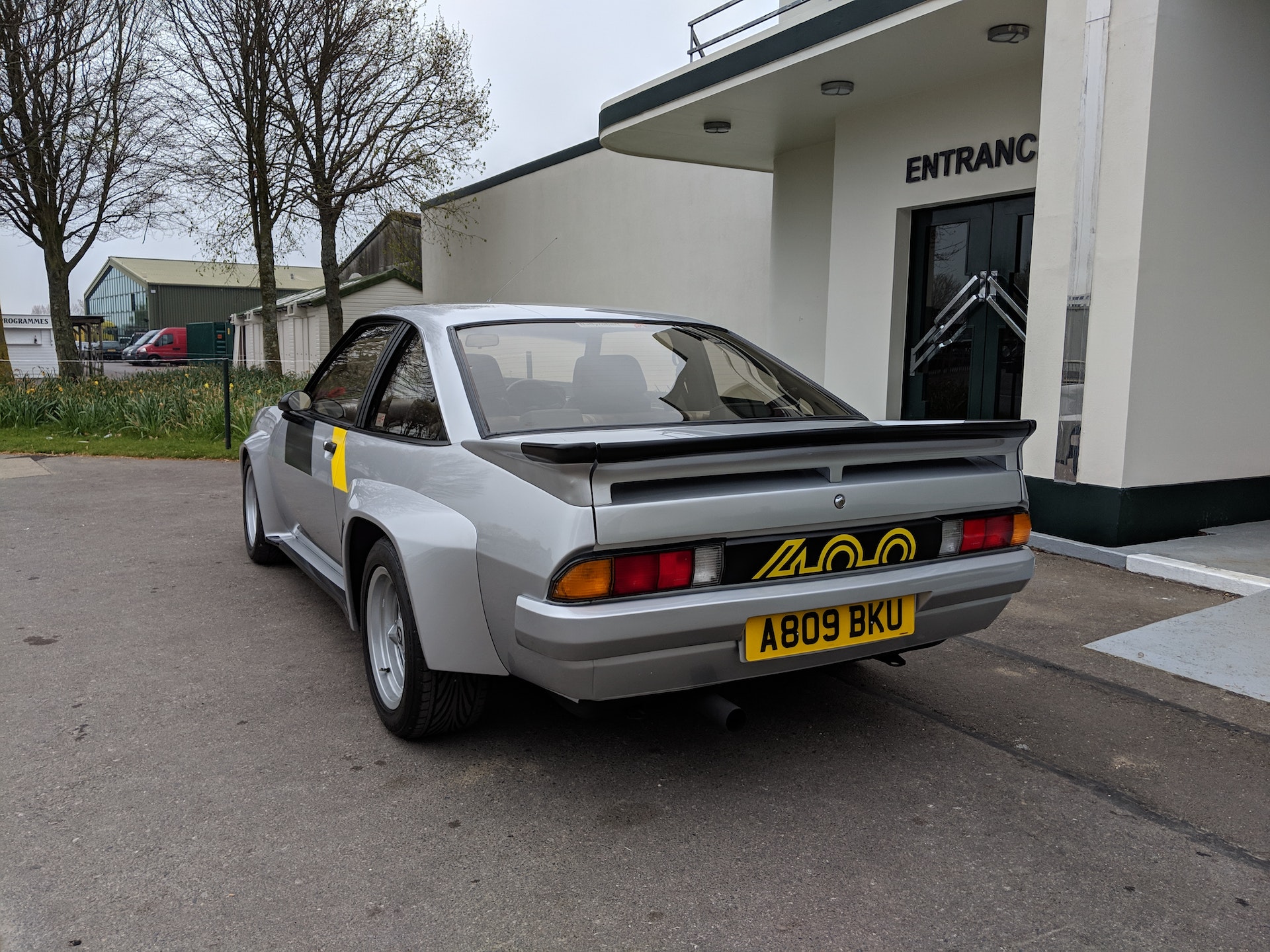 Imported new to Northern Ireland in early 1984 by Opel’s Manager of Sports Relations, Tony Fall, this Opel Manta 400 received a manufacturer-specification conversion to right-hand drive by main dealer, Pentlands. Type approval had already been granted for the model in right-hand drive, as Vauxhall-Opel had converted its own marketing car to this specification. The car’s first owner in Northern Ireland used the car sparingly on weekends and special occasions, covering just a few thousand miles per year up until 1990. At this point, the car was put into dry storage until 2005. 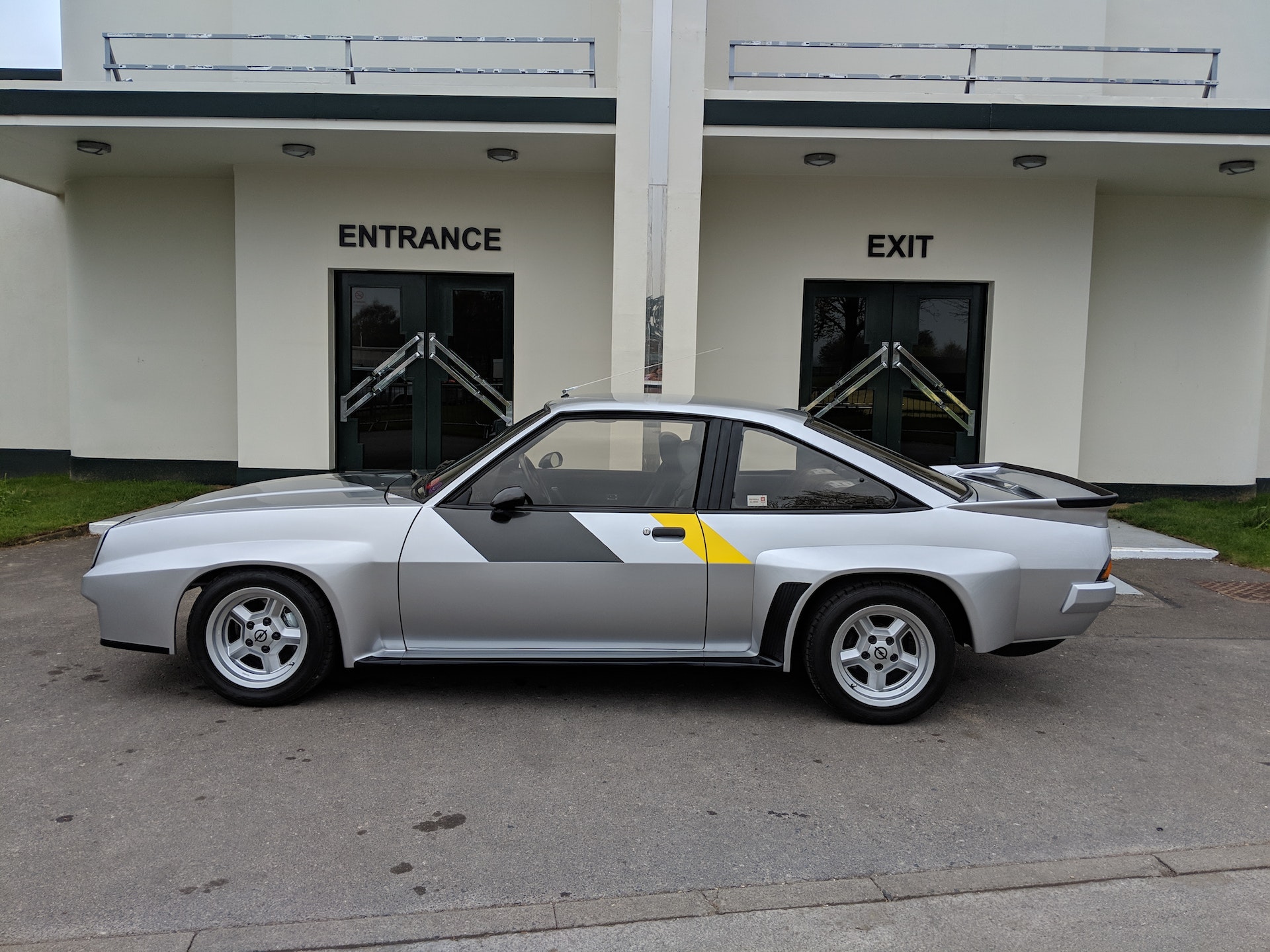 The Opel’s second owner and long-time Manta enthusiast undertook a full restoration, which is documented with a photographic record, associated invoices for OEM parts, and two magazine articles on the rebuild. The body was stripped to bare metal, almost all other parts sandblasted and powder-coated to give the best possible finish, and the body repainted in the original Astro Silver – a colour used on only 12 of the road-going cars. The vendor – who is the third owner – notes only a few minor cosmetic imperfections: a footwear scuff to the driver’s door sill, some stone chips to the front valance and two pockmarks on the rear valance, and small marks on both door mirrors. 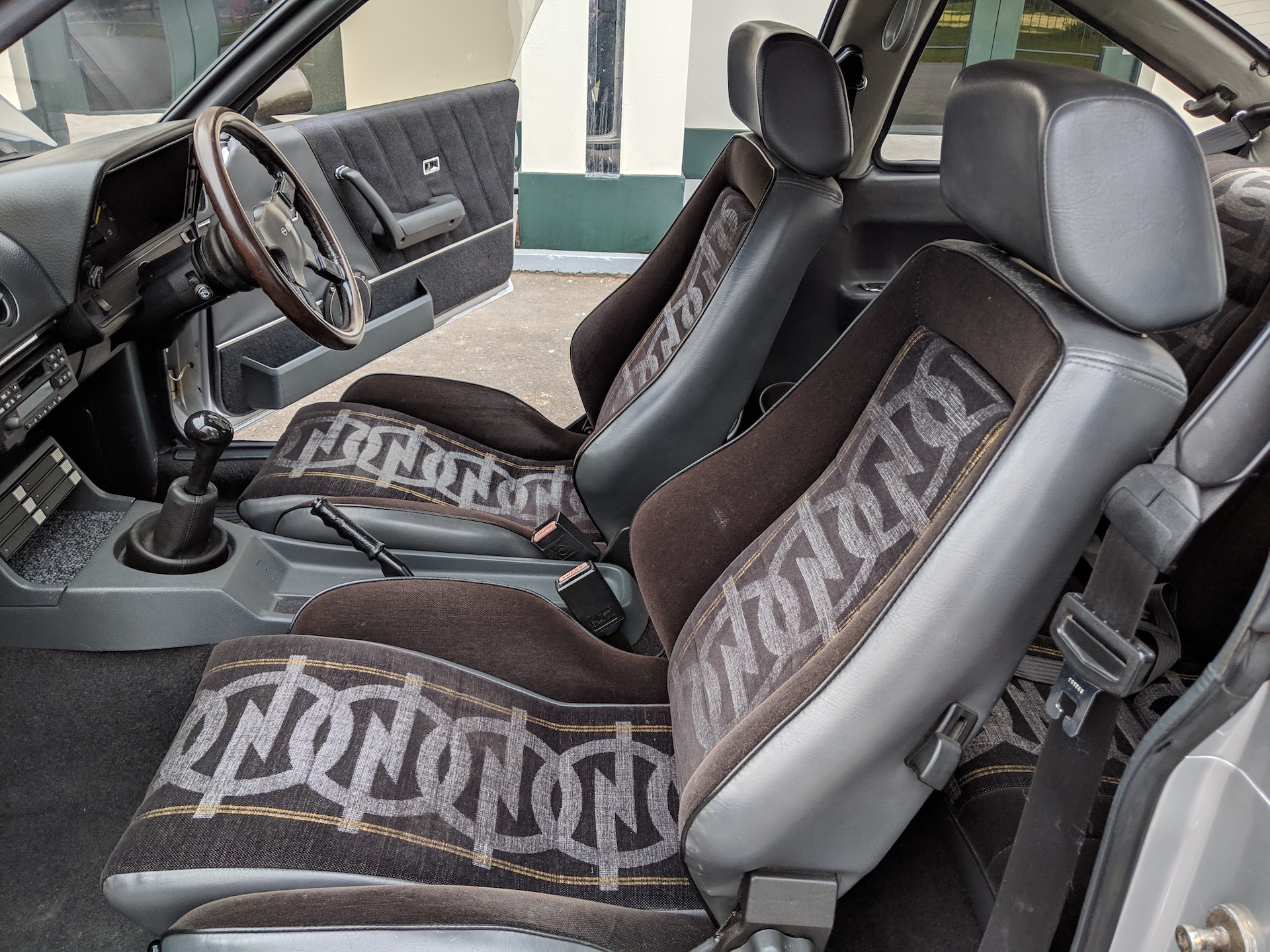 During the restoration the interior was left in its superb, original condition. There is minor wear present on the driver’s seat base bolster and some marking on the upper driver’s seat bolster, while the Opel Sport steering wheel has a lovely patina. 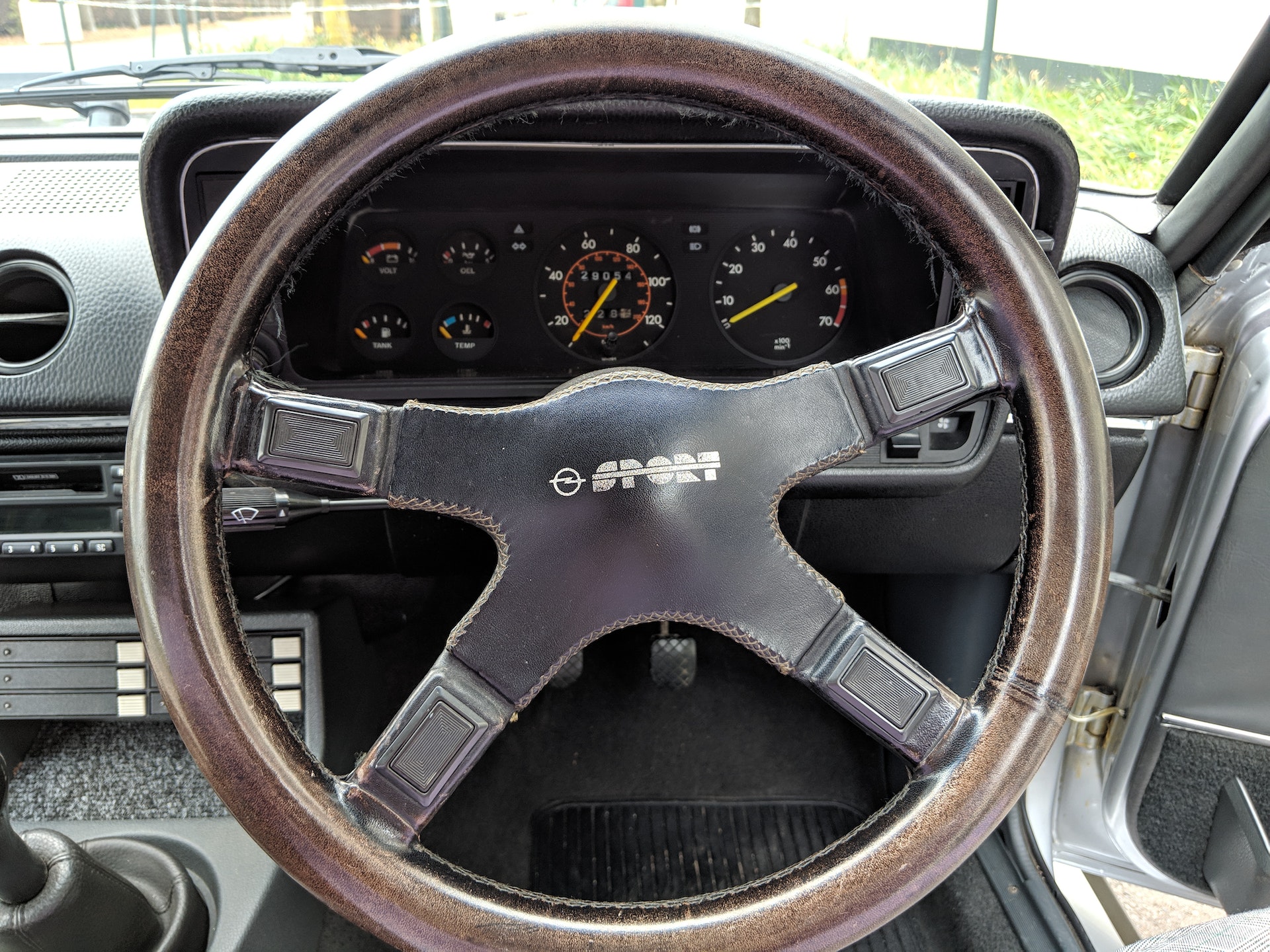 Under the bonnet is a Cosworth-developed 2.4-litre, fuel-injected twin-cam engine mated to a five-speed manual transmission. The powertrain was fully stripped down and rebuilt during the restoration, and the car also features the original Irmscher exhaust. During the vendor’s ownership, the car had a full inspection with consumables such as brake lines and fuel hoses replaced where needed, the service last year also included a fresh set of spark plugs. The MOT in January 2019 resulted in a clean pass with no advisories, attesting to the car’s excellent mechanical condition. 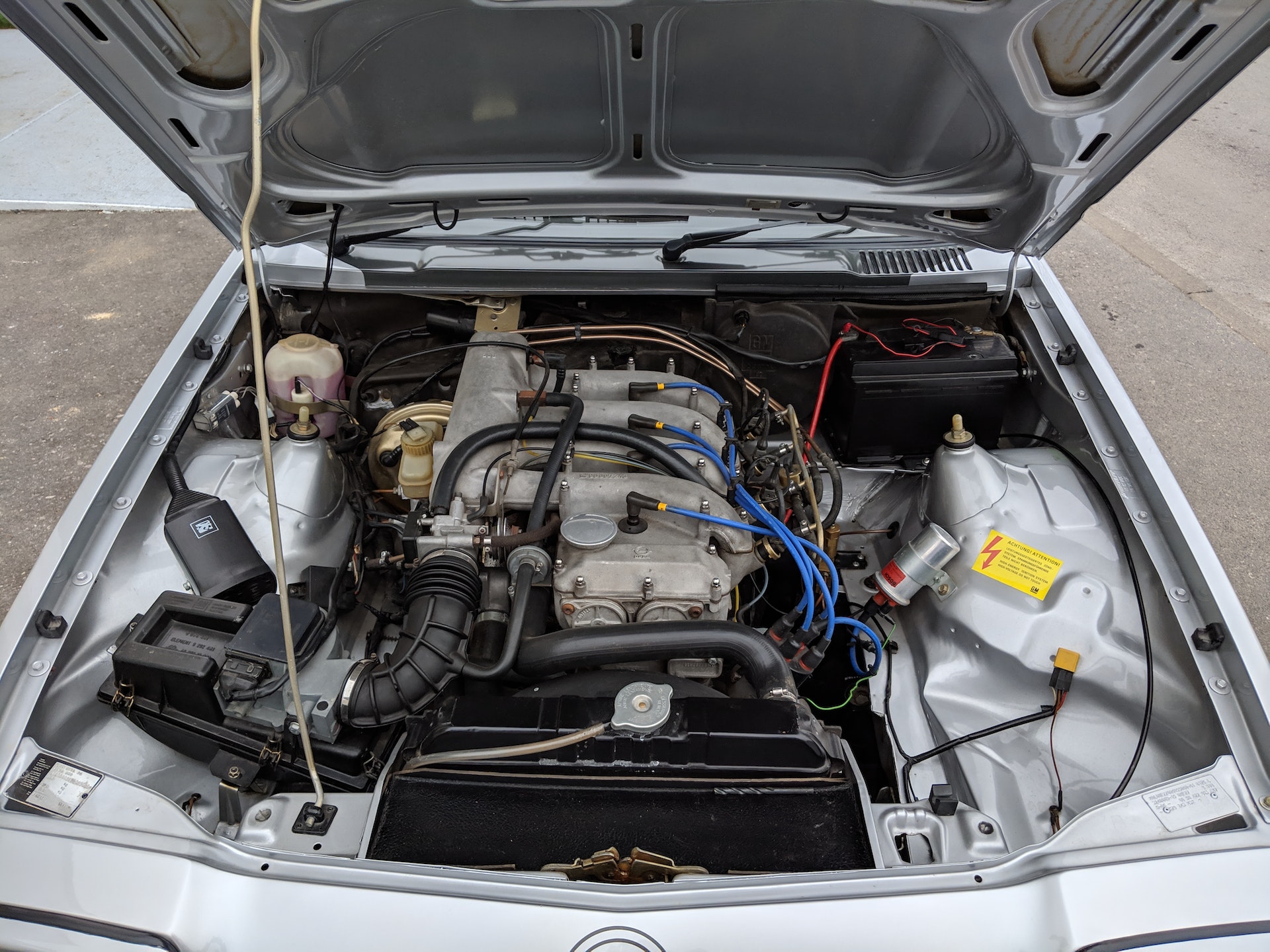 The tyres are only one year old having covered only 400 miles or so, while the spare is what was supplied with the car in 1983. Also included in the sale is a detachable fog light. The extensive history file for this Manta includes the original handbook, brochure and workshop manual, import and registration documentation, a full photographic record of the restoration, plus numerous magazine articles and copies of corporate communication from the period on the UK introduction of the model. This 1983 Opel Manta 400 is a superb example of a rare and intriguing homologation special, ready to impress at classic gatherings or enjoy on the open road as intended.Carfection drives this car