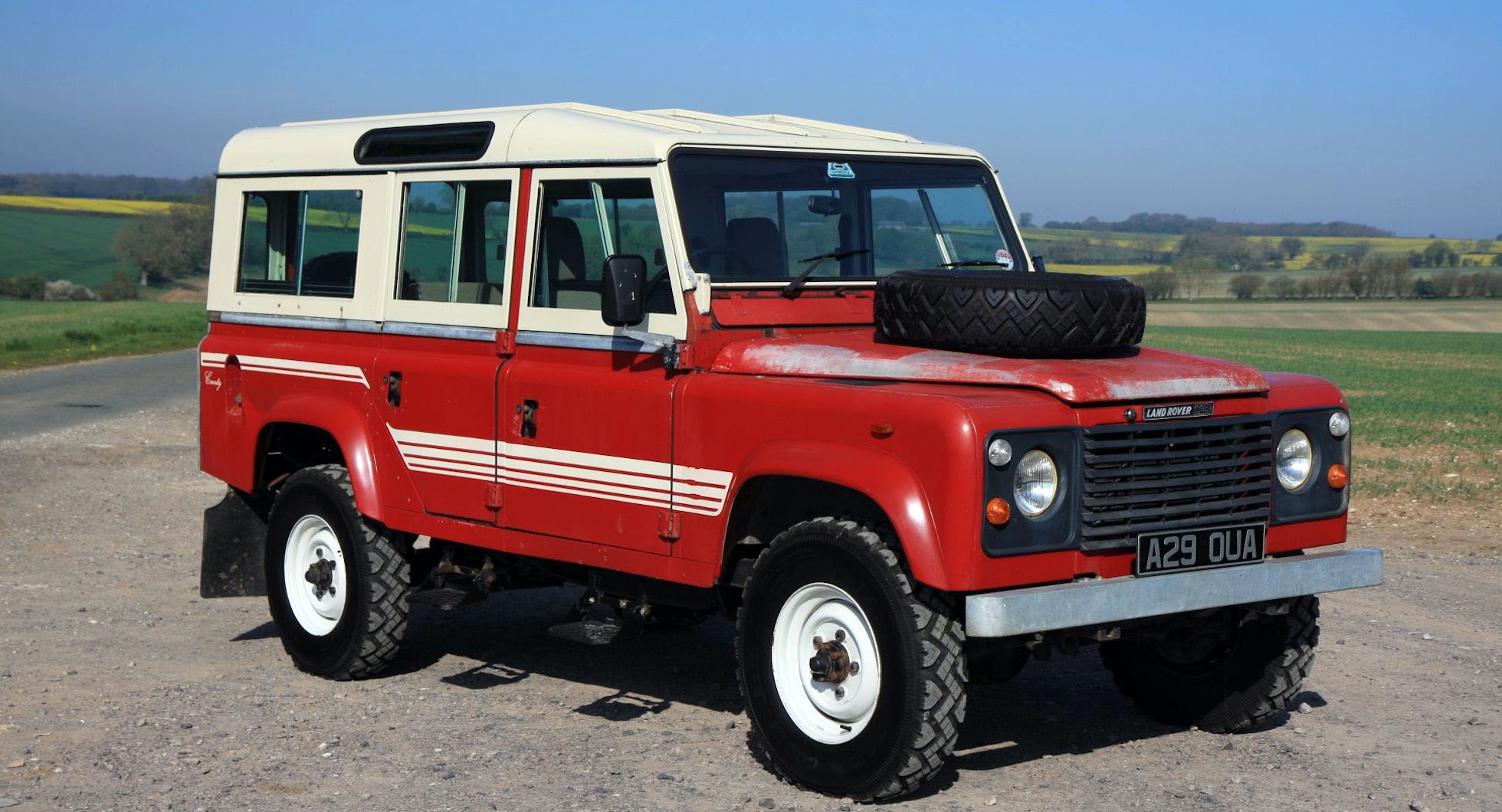 This 1983 Land Rover 110 County Station Wagon V8 is a remarkable mix of new and old, benefiting from extensive restoration of the chassis and mechanicals, but leaving the original Masai Red bodywork untouched. It is powered by its original 3.5-litre V8 petrol engine paired with a manual transmission. Showing just 23,000 miles from new, it is now offered for sale by a titled gentleman who has enjoyed the car for the last six years. 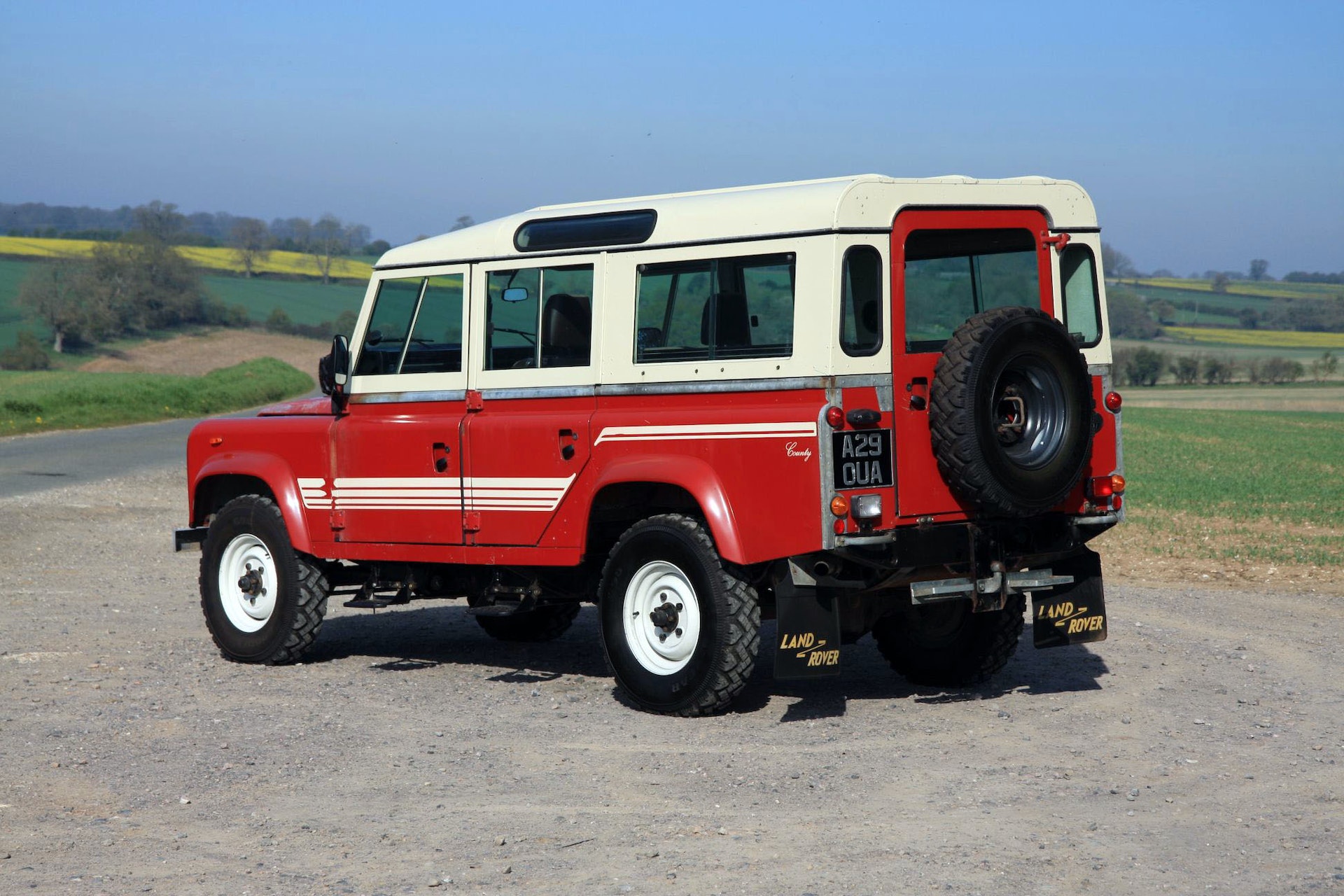 An original UK-delivered car, this Land Rover was built in 1983 but first registered in early 1984. It has three previous owners from new, being first registered to a corporate owner and now in the collection of a Marquis, who has covered around 4,000 miles. 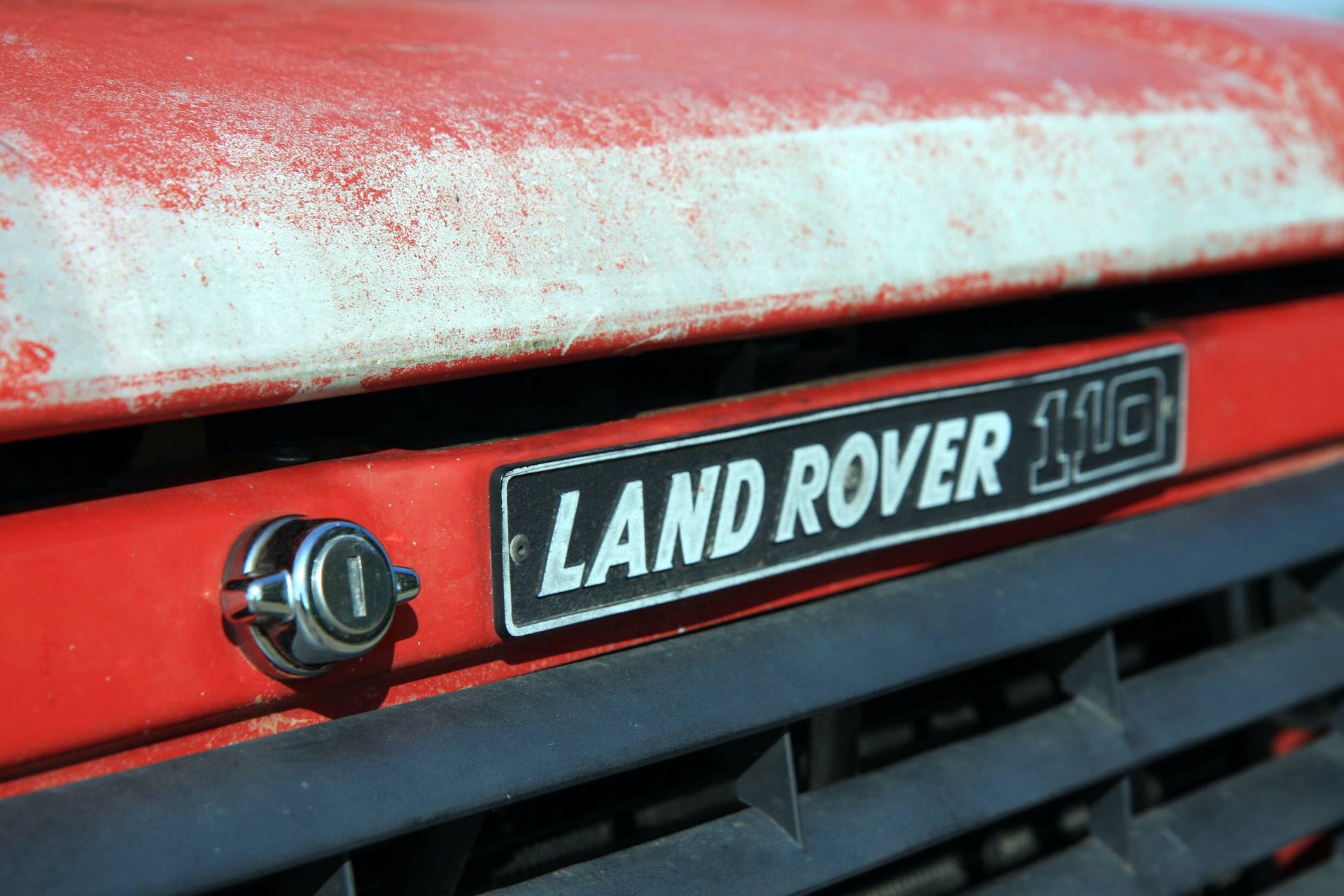 The Masai Red paintwork is described by the vendor as being in 'fair' condition, which is entirely understandable given that this 110 has never received fresh paint. The photos show the current patinated finish in detail, including numerous blemishes and areas of corrosion. However, this bodywork sits on a chassis and suspension that are in superb order.

In the cabin, the original brown interior trim is in good condition. Being the premium 'County' model, it features the more luxurious cloth upholstery than standard 110s of this era. There is some peeling of the vinyl at the bottom of the middle seats, which could be easily re-adhered if required. Minor staining is also evident on several of the seat cushions, but there are no tears or excessive wear. Like the bodywork, it is all original.

After the death of the third owner some time ago, this Land Rover sat dormant until it was discovered and purchased by the current keeper. At this point, the vehicle was sent to the renowned Dunsfold Land Rover specialist for extensive recommissioning and restorative works to be carried out. This programme of work included the careful removal of the original bodywork so that a complete replacement chassis (RRC7747 Snatch chassis) could be fitted; stripping and rebuilding both axles with new swivels and gaskets; and the fitment of new steel wheels and Goodyear G90 tyres. 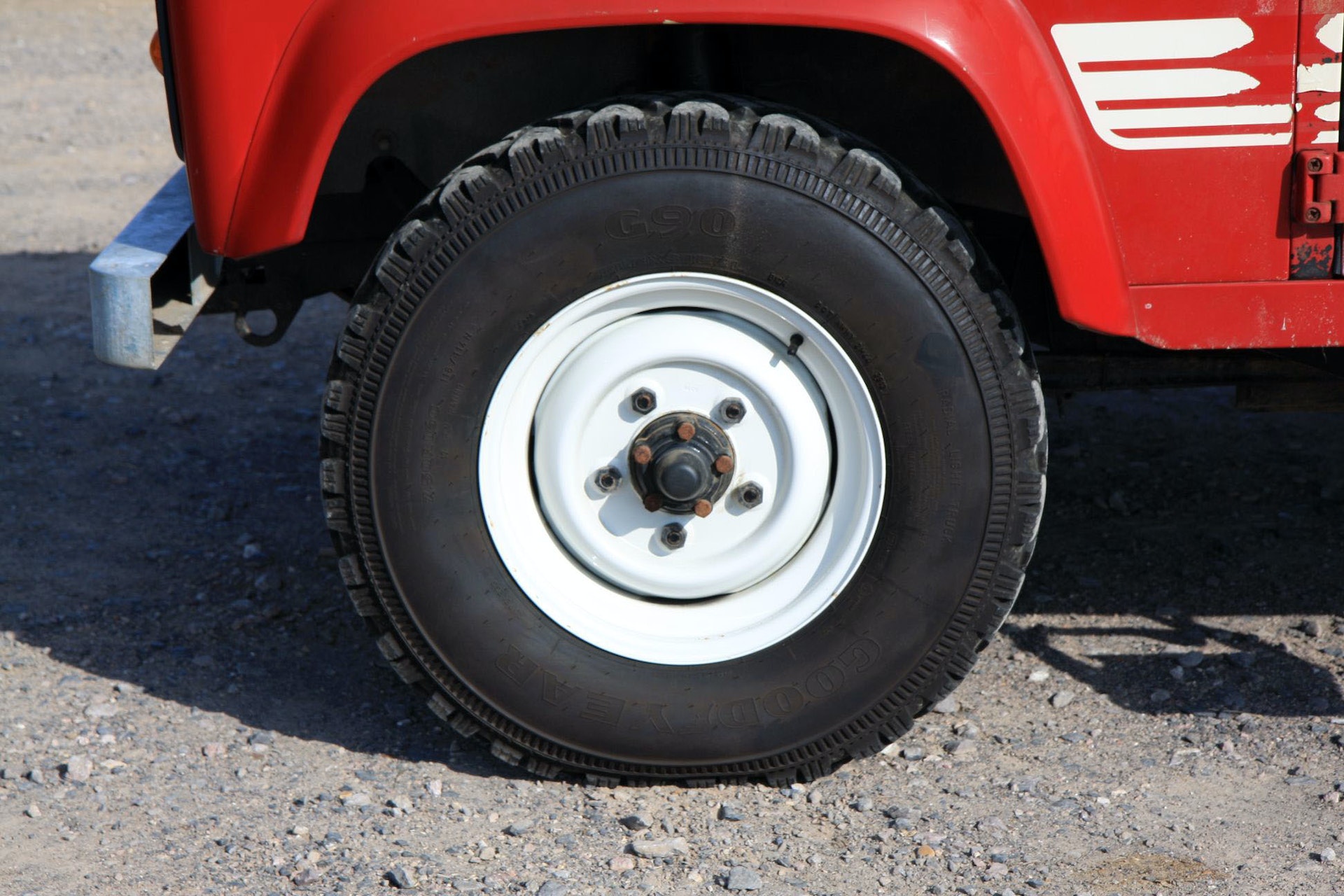 Further mechanical work included the replacement of all brake discs, cylinders, shoes and calipers; fitment of copper brake pipes; new propshaft CV joints; a replacement fuel tank, fuel gauge and sender; and the renewal of all steering joints and seized rods. The suspension was also fully restored, with new road springs and dampers, replacement of all bushes and associated bolts. 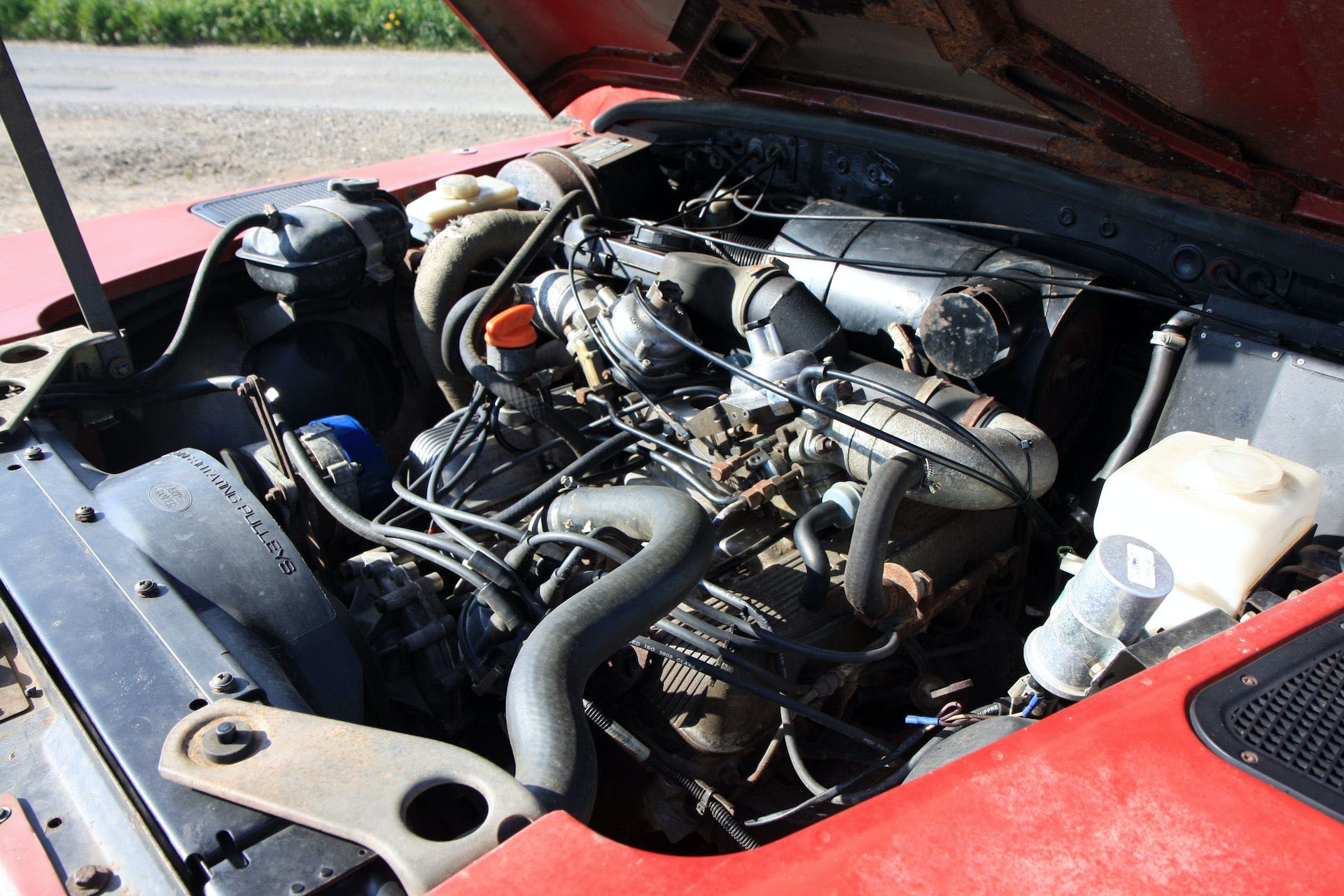 Under the bonnet, a new electronic distributor was fitted and all of the spark plug leads was replaced. The heater box was renewed, along with the main radiator and all associated hoses. The inlet manifold was removed to replace the valley gasket, and the V8's carburettors were also fully rebuilt and balanced. 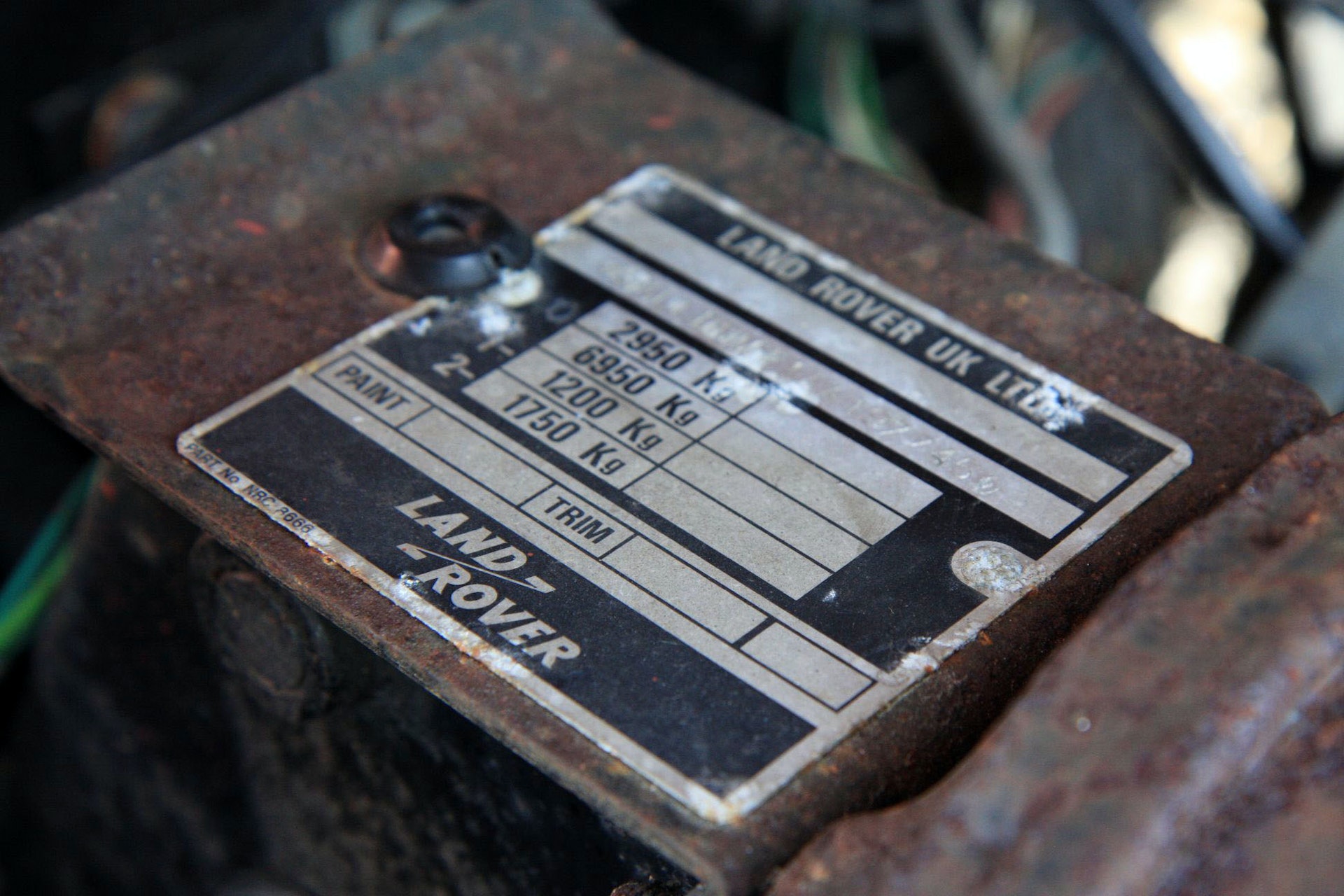 Its last MOT test was in July 2018, noting a minor oil leak, which is not an uncommon feature of an older models. An annual oil service was also carried out in 2018. The Goodyear tyres have covered only a few thousand miles, and have plenty of tread left. 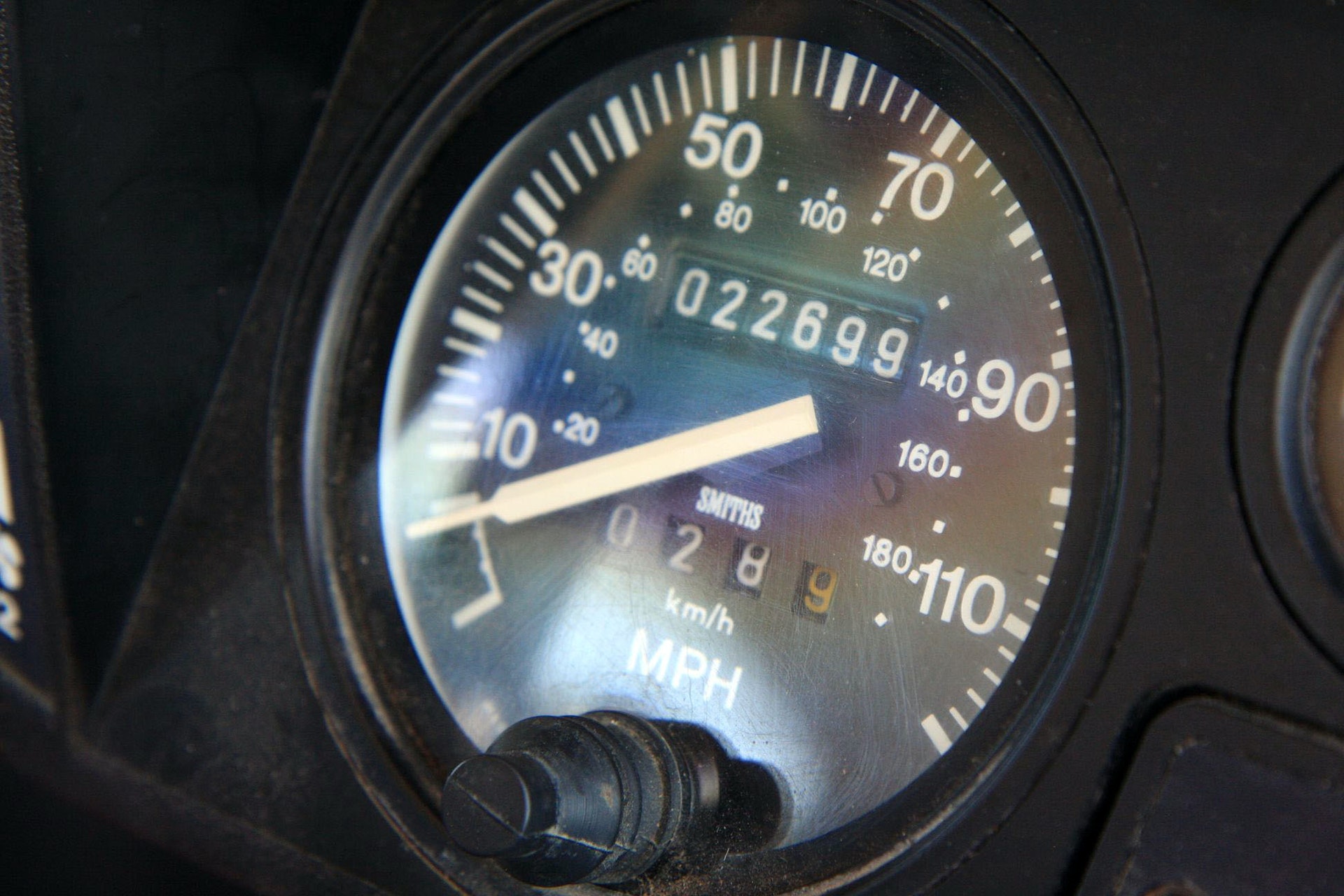 Accompanied by an original factory specification sheet, as well as numerous recent service receipts and detailed invoices covering the expert work by Dunsfold Land Rover, this Land Rover 110 Station Wagon is a compelling proposition – with a new chassis and extensively refurbished mechanicals, but totally original bodywork. It is increasingly rare to find an older Land Rover that has not been either 'restored to death' or neglected to the point of needing a significant investment, so this superb classic represents a great opportunity, and is ready to drive and enjoy.