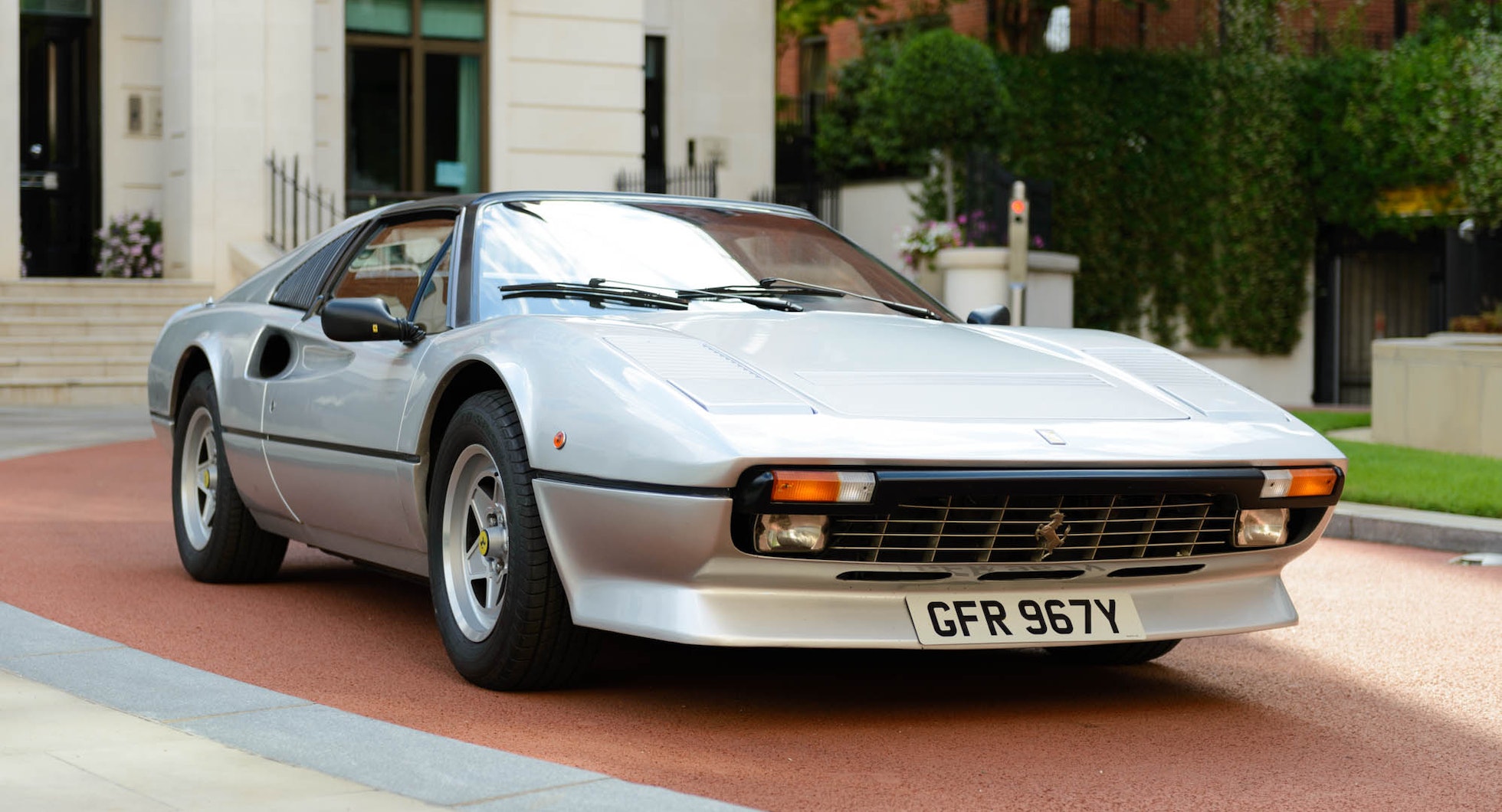 This 1983 Ferrari 308 GTS Quattrovalvole is a superb example of the final version of the model, and is described by the vendor as “a really nice low-mileage car that can be enjoyed”. Its 3.0-litre, 32-valve V8 engine with Bosch K Jetronic fuel injection starts and runs without fault, driven through a five-speed manual transmission. Now showing just 36,733 miles (59,116 km), it is ready to be enjoyed on the road immediately, to make the most of the summer weather. 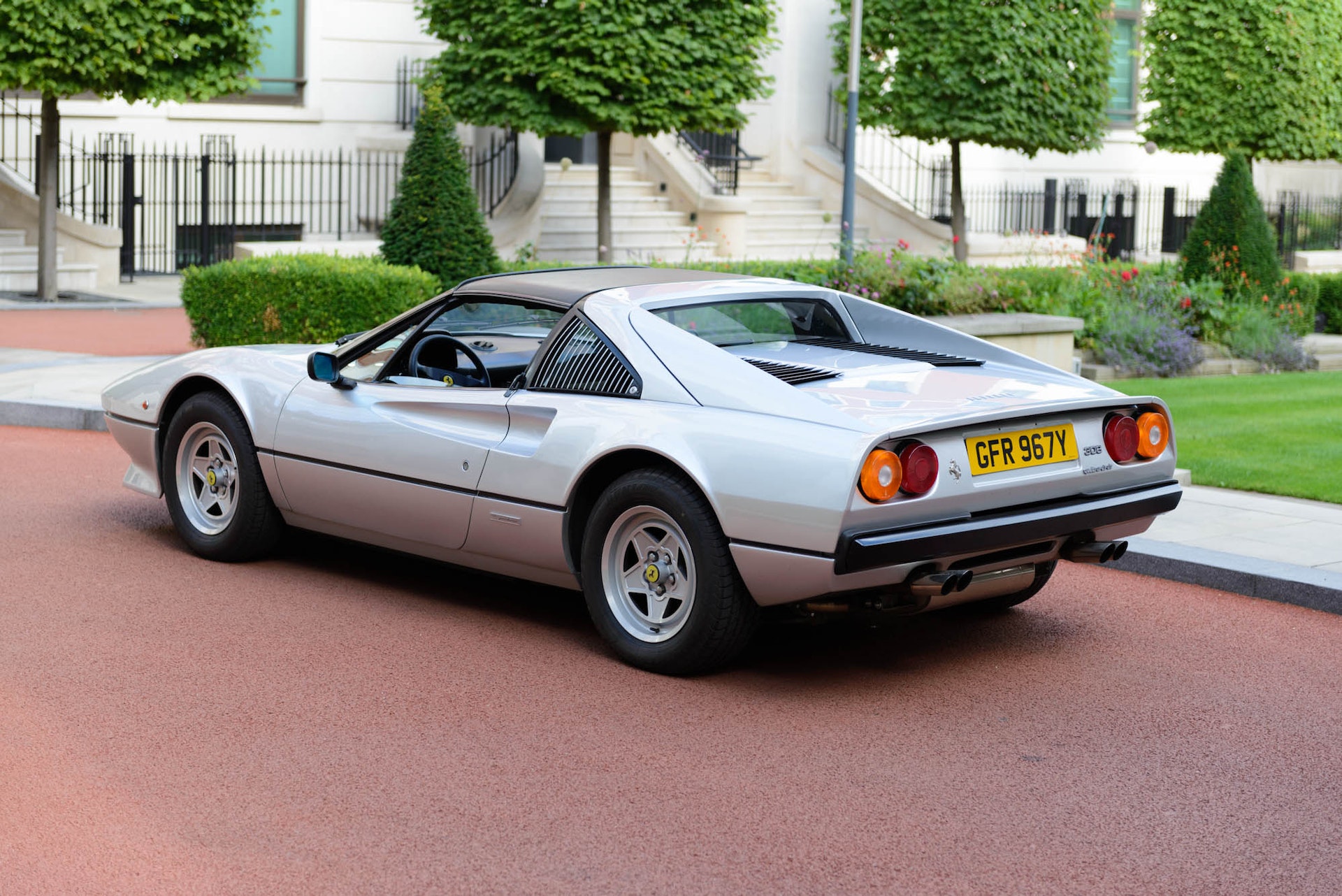 An original left-hand drive model, this 308 GTS QV was built in January 1983 and supplied new within Europe. Some years later, the car was exported to the United States where it went on to reside in Pennsylvania. In 2015, the car was discovered by DriverSource of Houston, Texas. The car’s previous title was dated to 2001, so it had evidently been lying dormant in storage for around 14 years. 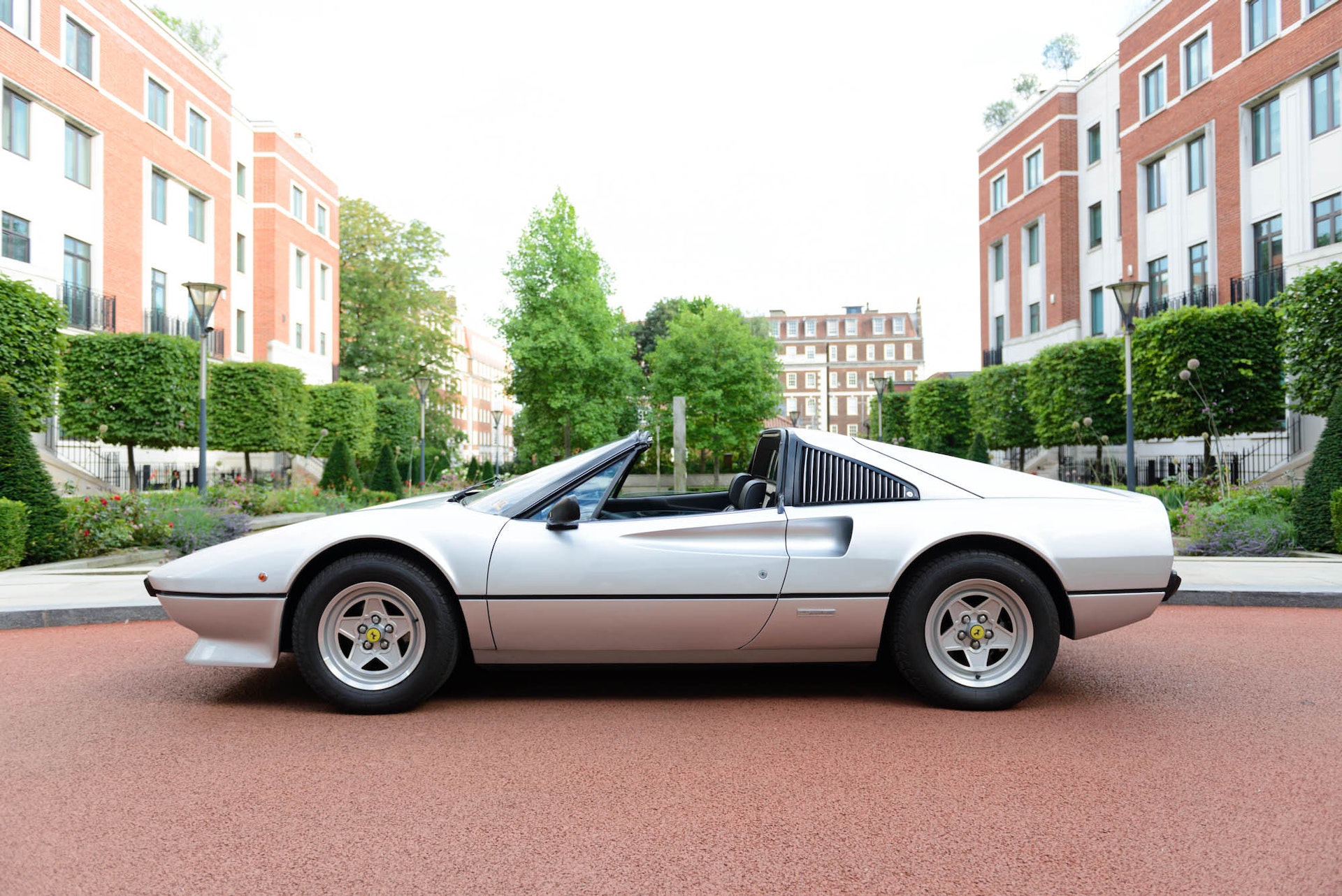 It was offered for sale as a non-running project car, and was spotted by a UK enthusiast who saw its potential. The 308 GTS was subsequently shipped across the Atlantic in September 2015. When the car arrived in the UK, it was sent directly to Omega Motorsport in Buckinghamshire, who set about recommissioning and improving the Ferrari. 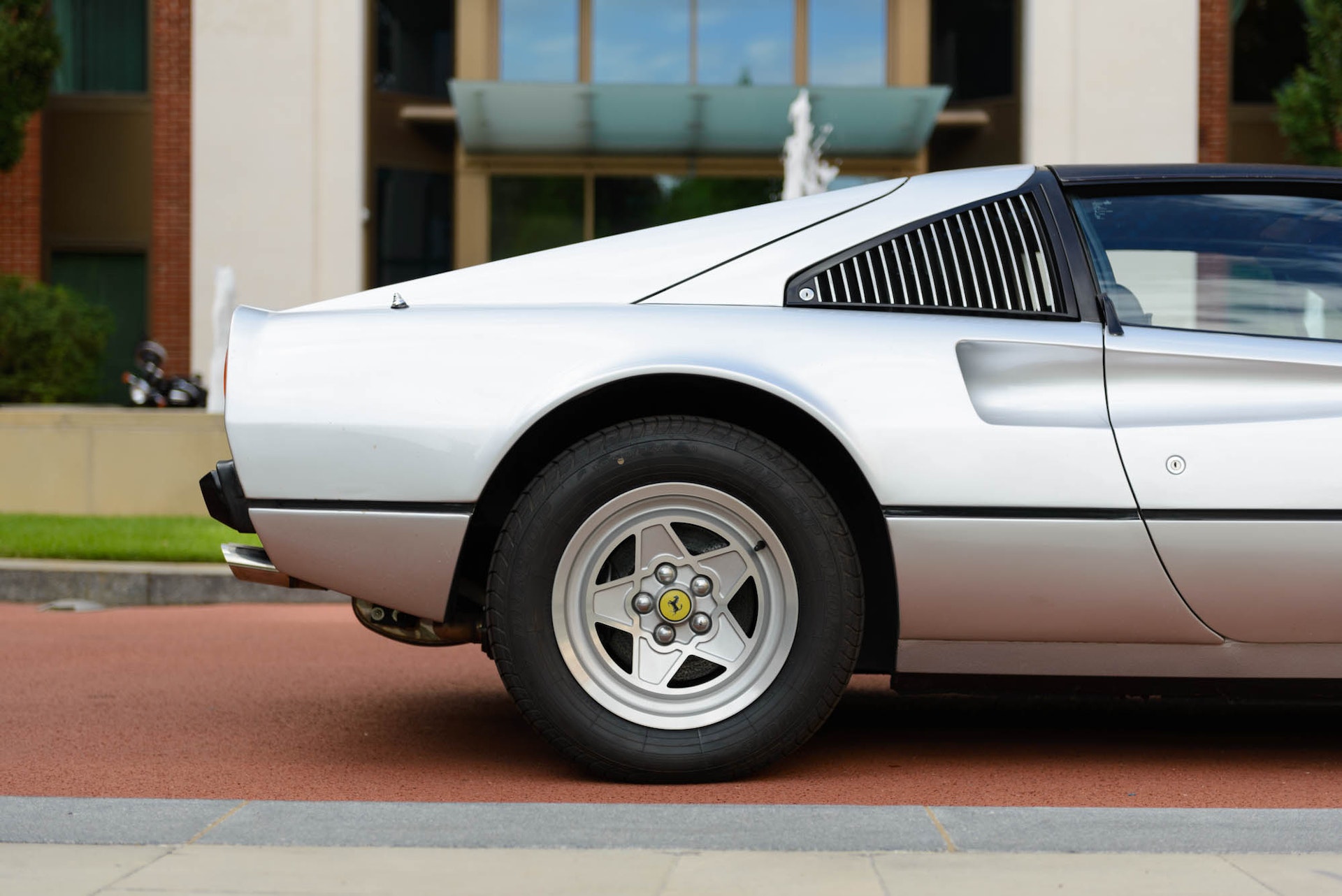 The team at Omega found the car to be remarkably solid and rust-free — aside from a very small patch at the bottom of the driver’s side door, which was carefully rectified. The body was then stripped and rubbed down, and given a full respray in the original Argento colour. Tail lights, side lights and indicator lenses were returned to their original European specification, along with the bumpers. The original identification plaques and stickers are still present in the door shuts. 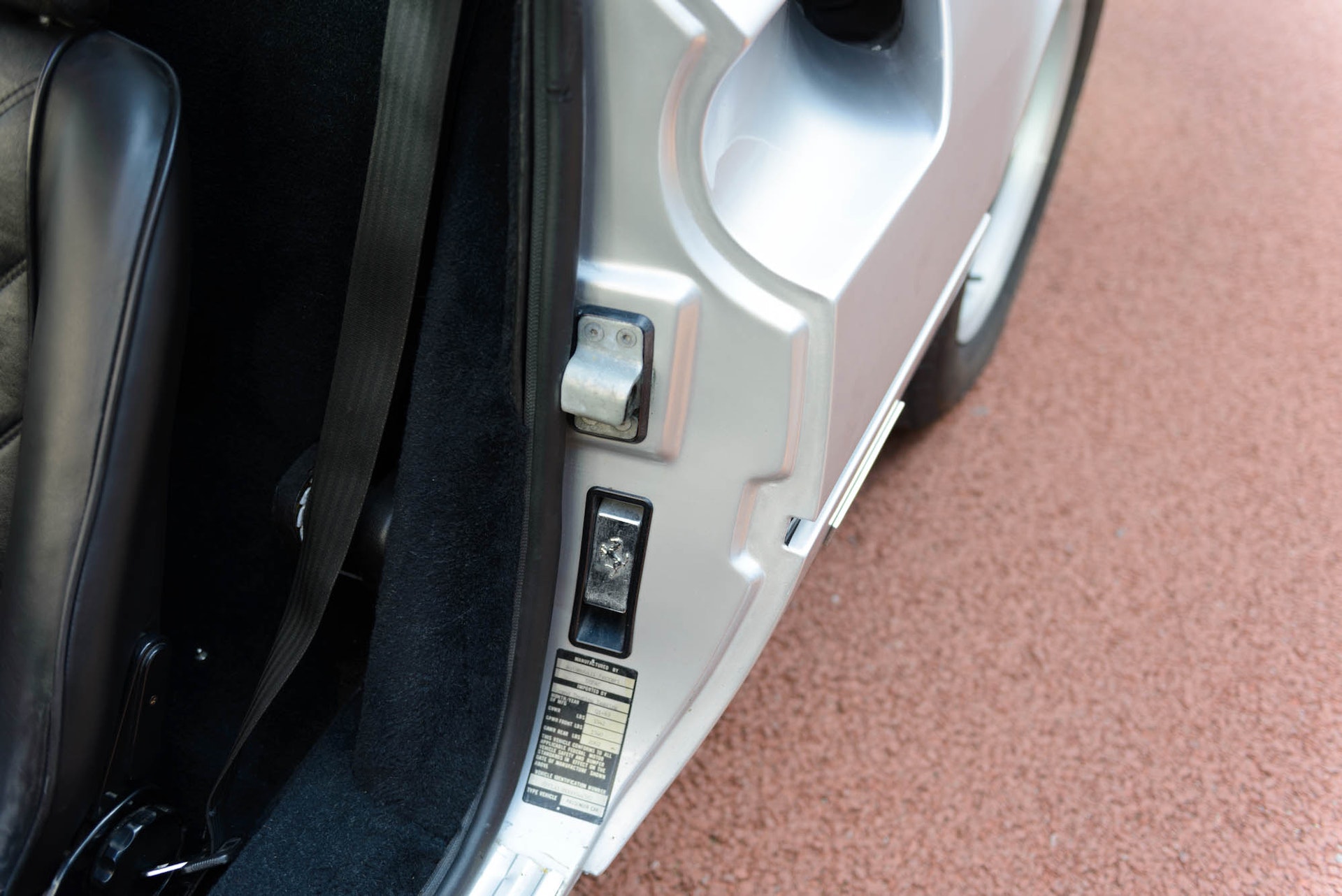 Inside, the black leather upholstery is factory-correct and appears to be original. There are a few marks on the hide, but it remains in generally very good condition. The steering wheel and gear knob are both original items. Its targa top is in sound order, lifting out and clipping back in with ease. All of the controls and switchgear work as they should, though some of the fascias and sections of trim would benefit from refurbishment. 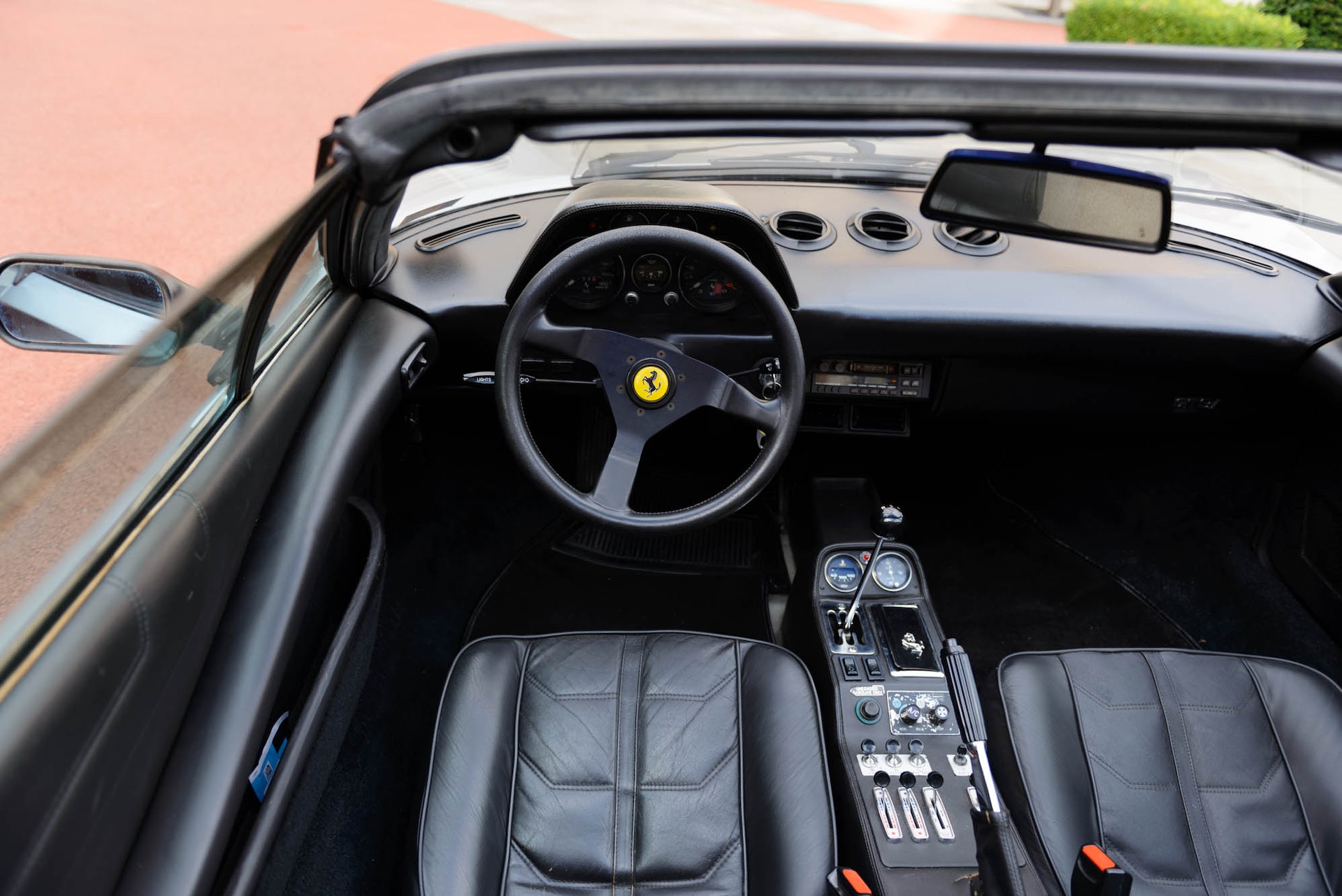 The engine and gearbox were fully serviced by Omega Motorsport and the cambelt was.also renewed. A new fuel pump and fresh set of spark plugs were also fitted, after which the ancillaries were painted and powder-coated and the whole engine bay was detailed. The brakes were also fully stripped and rebuilt with new seals and pads, and the calipers were re-plated. 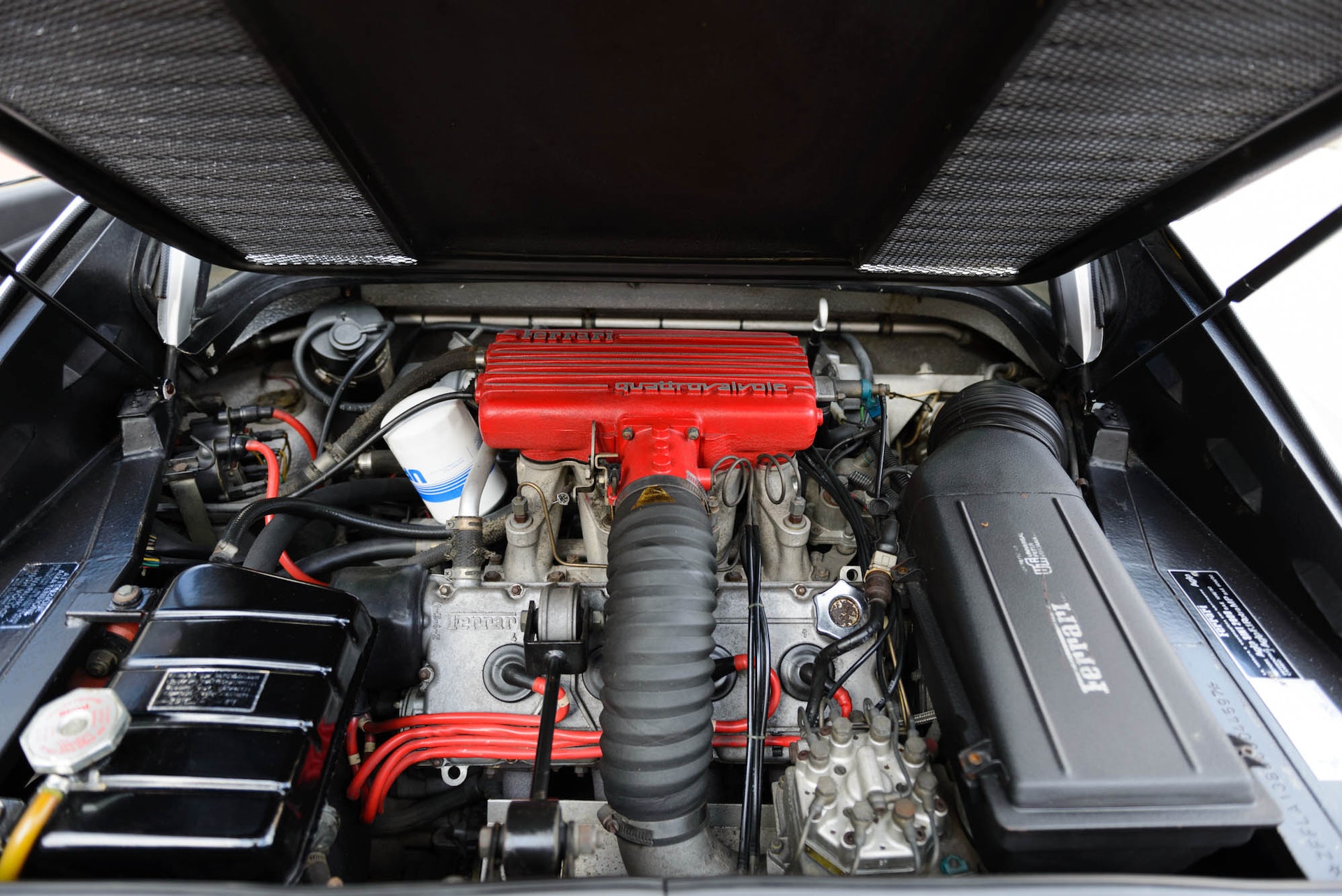 Further work included the fitting of a brand-new stainless steel exhaust system, and refurbishing of the alloys. The five-spoke wheels were stripped back, diamond finished and restored to factory appearance. Invoices for all of the work performed are on file, and the owner who commissioned the work adds: “we spent far more money than we ever intended, but I think the end result speaks for itself.” 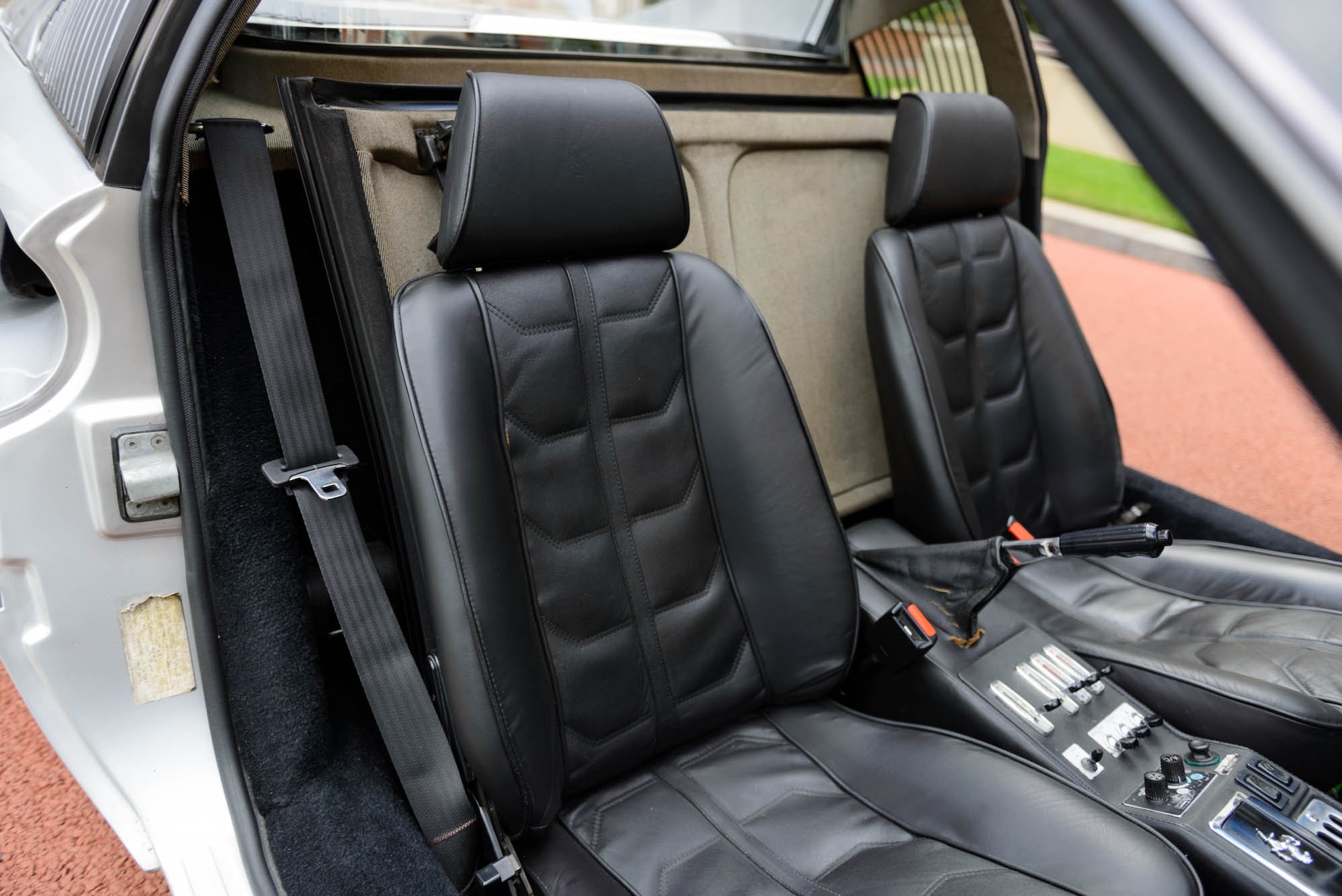 The car is covered by an advisory-free MOT until June 2020, and is fitted with a matching set of Dunlop TD SP Sport 2000E metric tyres in size 230/55 R 390. When it was purchased from the US, the UK buyer ensured that the car came with clean CARFAX and AutoCheck history reports. 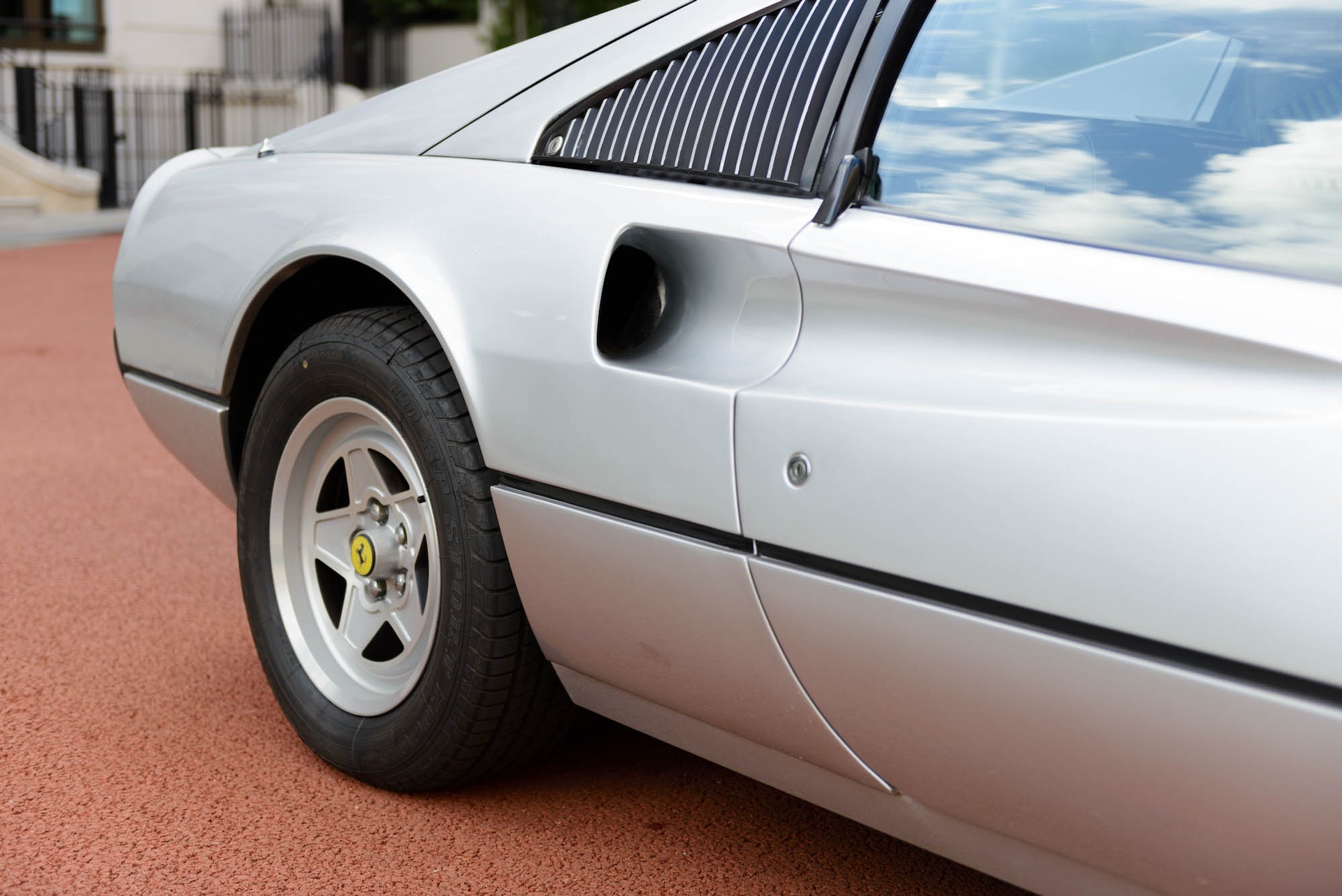 This 308 GTS Quattrovalvole is a well-sorted example of one of the most reliable sports cars in Ferrari’s back catalogue. The 308 was impressed upon an entire generation through its starring role in the Magnum P.I. TV series, not to mention high-octane films like The Cannonball Run. Today, it’s a firm favourite with enthusiasts thanks to its characterful V8 and user-friendly cabin. This particular car benefits from a substantial amount of recent work, which ensures that it is among the most enjoyable of examples on the road.