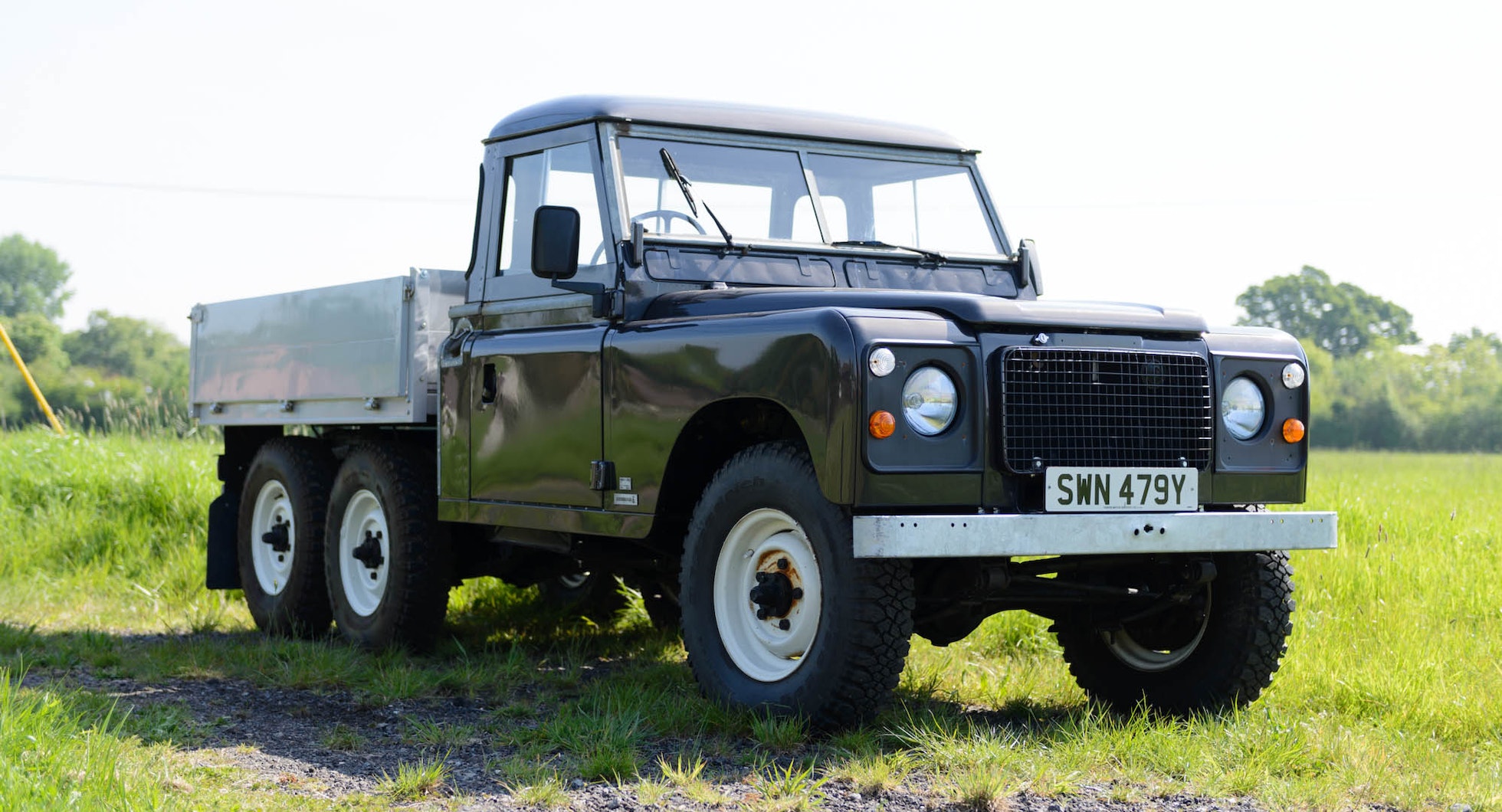 This 1982 Land Rover Series III Stage 1 V8 is a rare ‘Sandringham 6’ conversion by Hotspur, which has previously been restored and is presented in solid, useable condition. The ‘Stage 1’ V8s are among the most sought-after Land Rovers, pairing the Series chassis with the dependable 3.5-litre carburettor engine and the LT95 four-speed manual transmission from the original Range Rover. Now showing just 31,182 miles from new, the 6x6 is believed to be one of just 12 built. 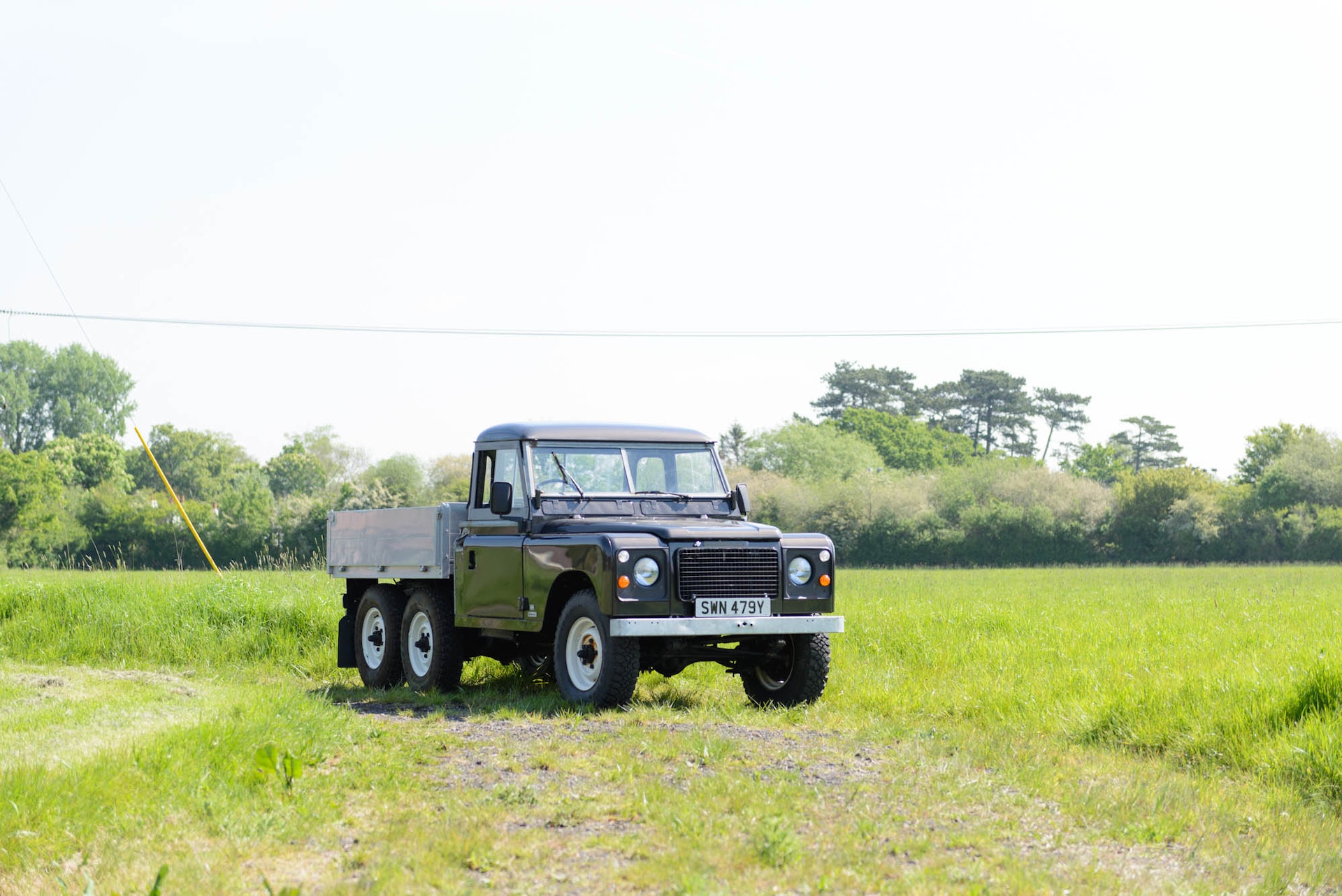 An original UK right-hand drive car, this 109-inch wheelbase Series III was manufactured in Solihull in 1982. The tipper conversion was carried out by Hotspur Cars Limited and the car is properly titled on the chassis plate as a ‘Sandringham 6E-139 V8’ by Hotspur - with the ‘139’ denoting the new wheelbase length. This upgrade provided the Land Rover with a two-ton load capacity as well as a larger 17.2-gallon fuel tank. 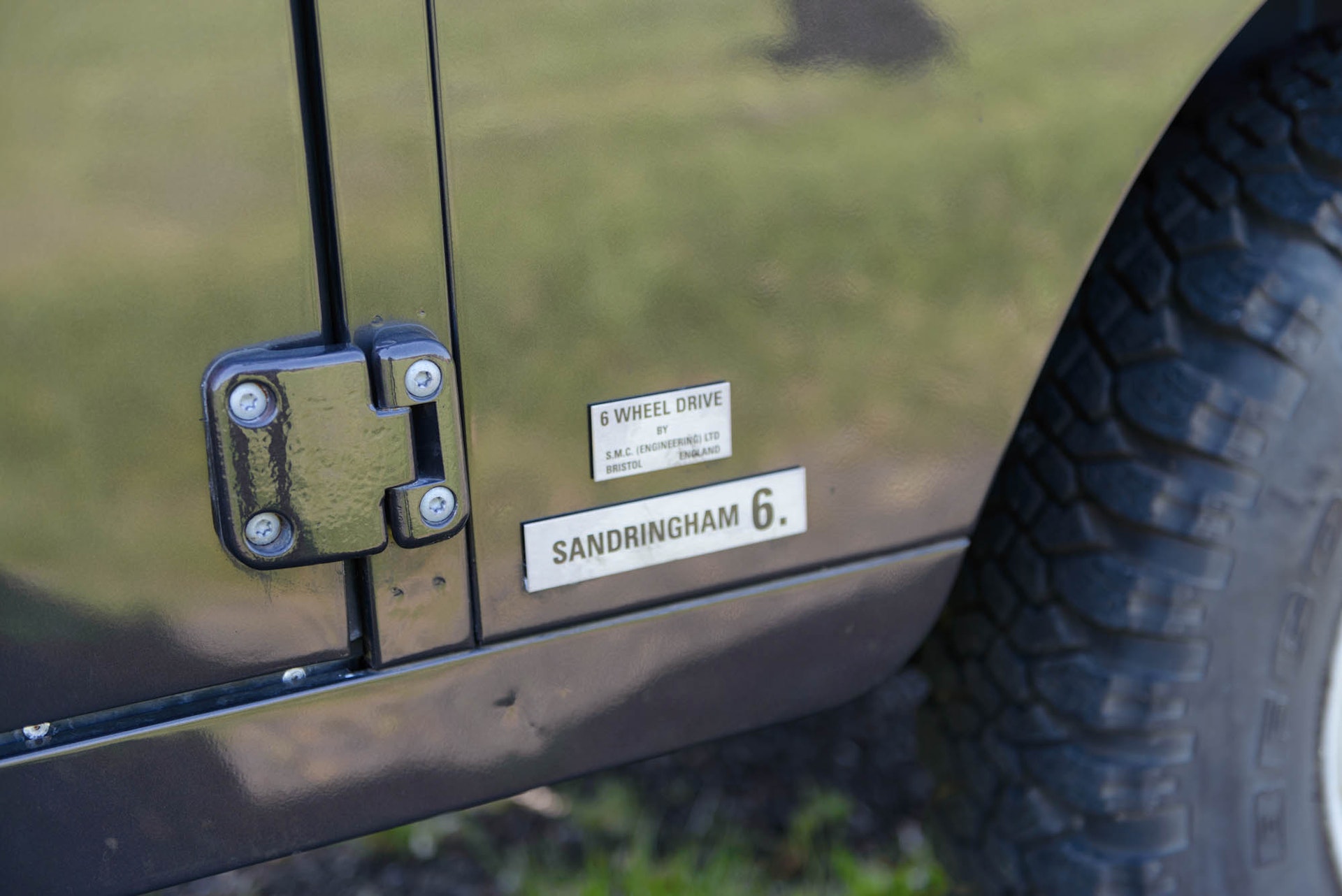 A separate plate on the Land Rover dated July 2002 is from SVTech, a type approval specialist which checked and verified the maximum weight ratings for the conversion. The vendor has owned the Land Rover for nearly two years. 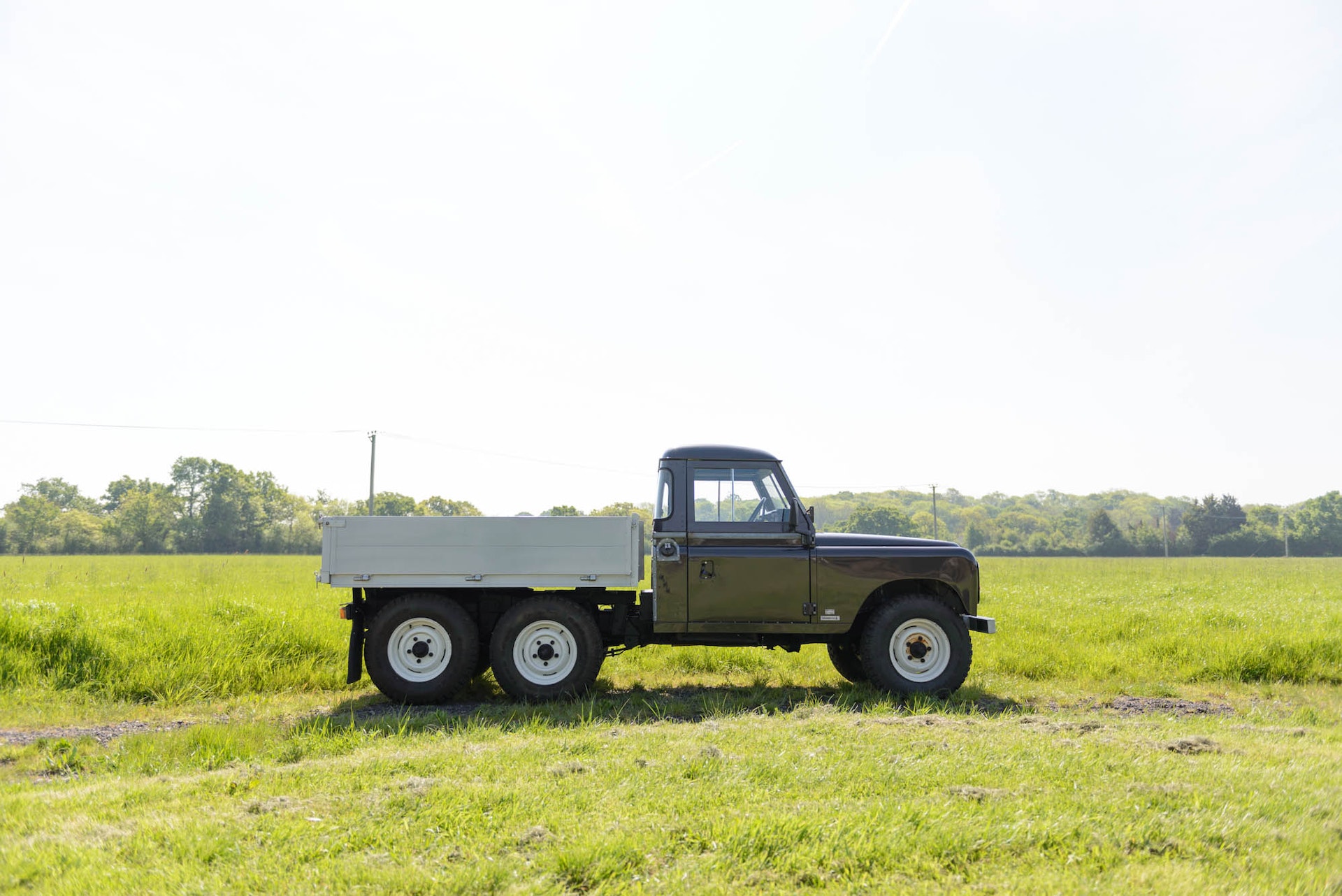 The car’s bodywork appears to be in very good condition. There is no evident corrosion to the panels, and the dark grey paintwork on the cab section is smooth and glossy. The tipper bed is finished in a lighter grey, with the load bay covered in cross-hatched metal plate. It also appears to be in excellent order, save for some minor surface rust on the fixtures for the tailgate. There is a scratch in the paintwork on the driver’s side wing, which is highlighted in the photos. 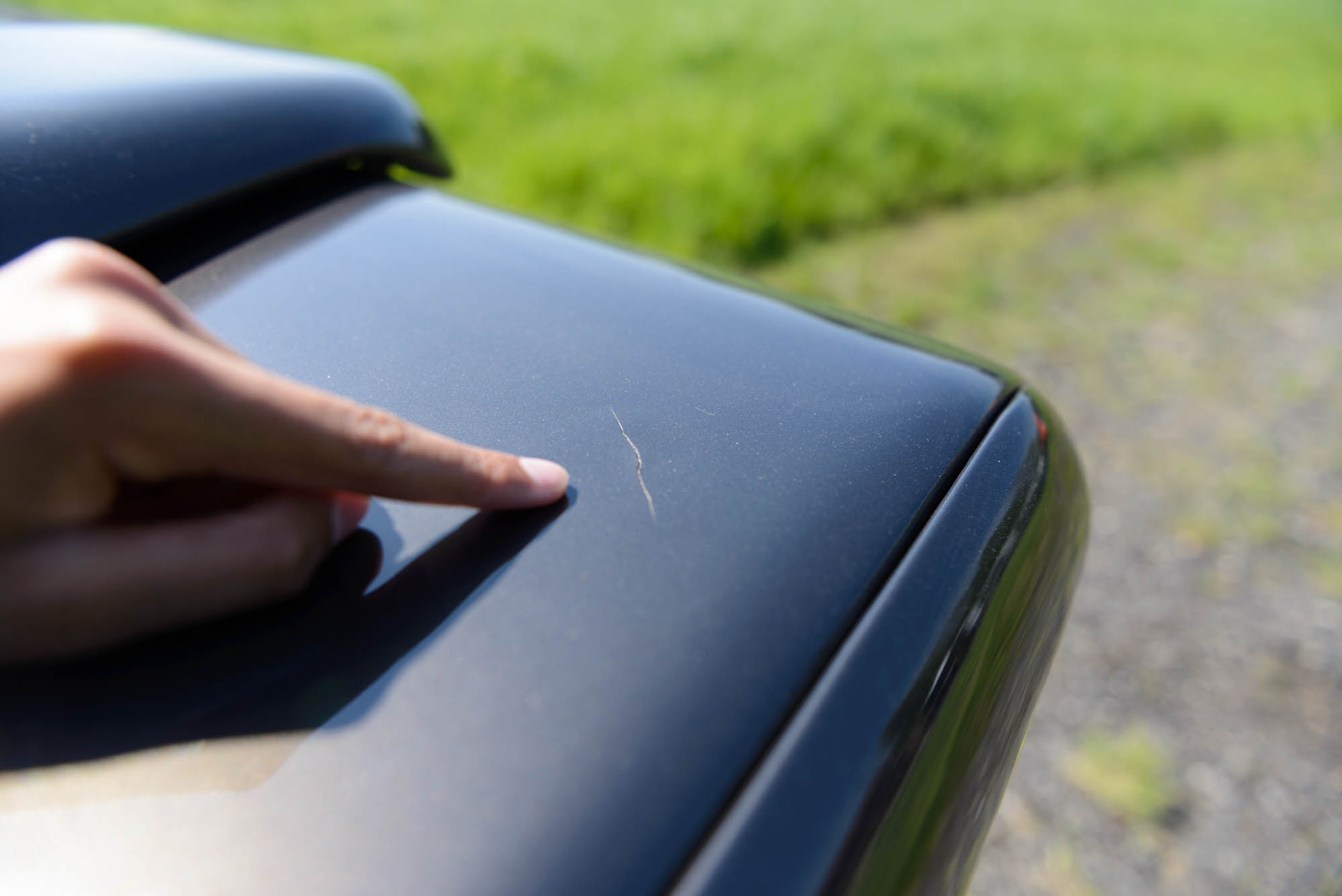 All of the door shuts appear to be in very good condition. The six wheels are fitted with matching BFGoodrich Trac Edge tyres in the 7.50R16 LT size. With the exception of some surface corrosion present on the front driver’s side, all of the wheels present very well. 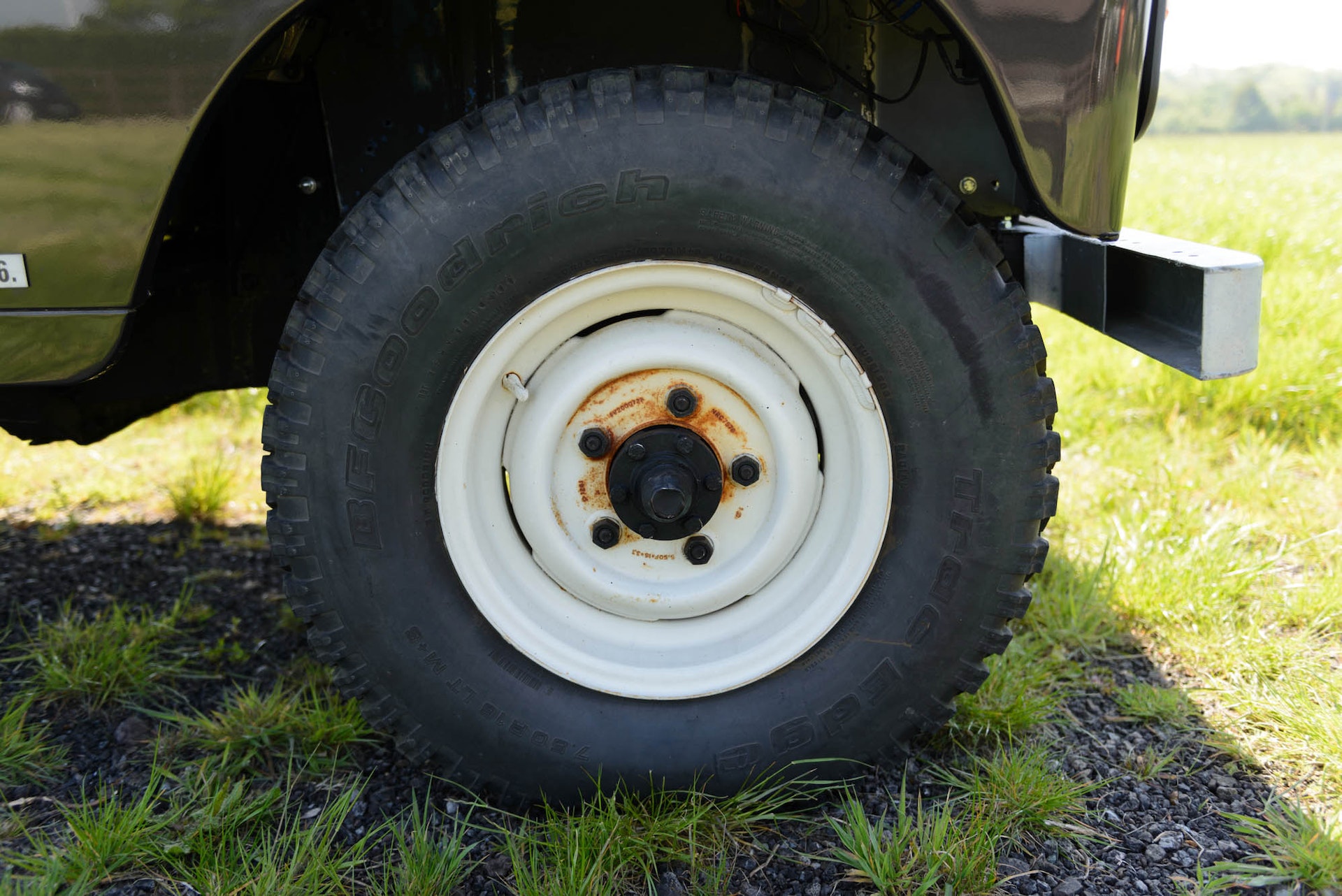 Turning to the interior, the seats have previously been retrimmed, though the passenger side cushion is now showing signs of wear. The functional dashboard appears to be entirely original, and we understand that all of the switchgear works as it should. 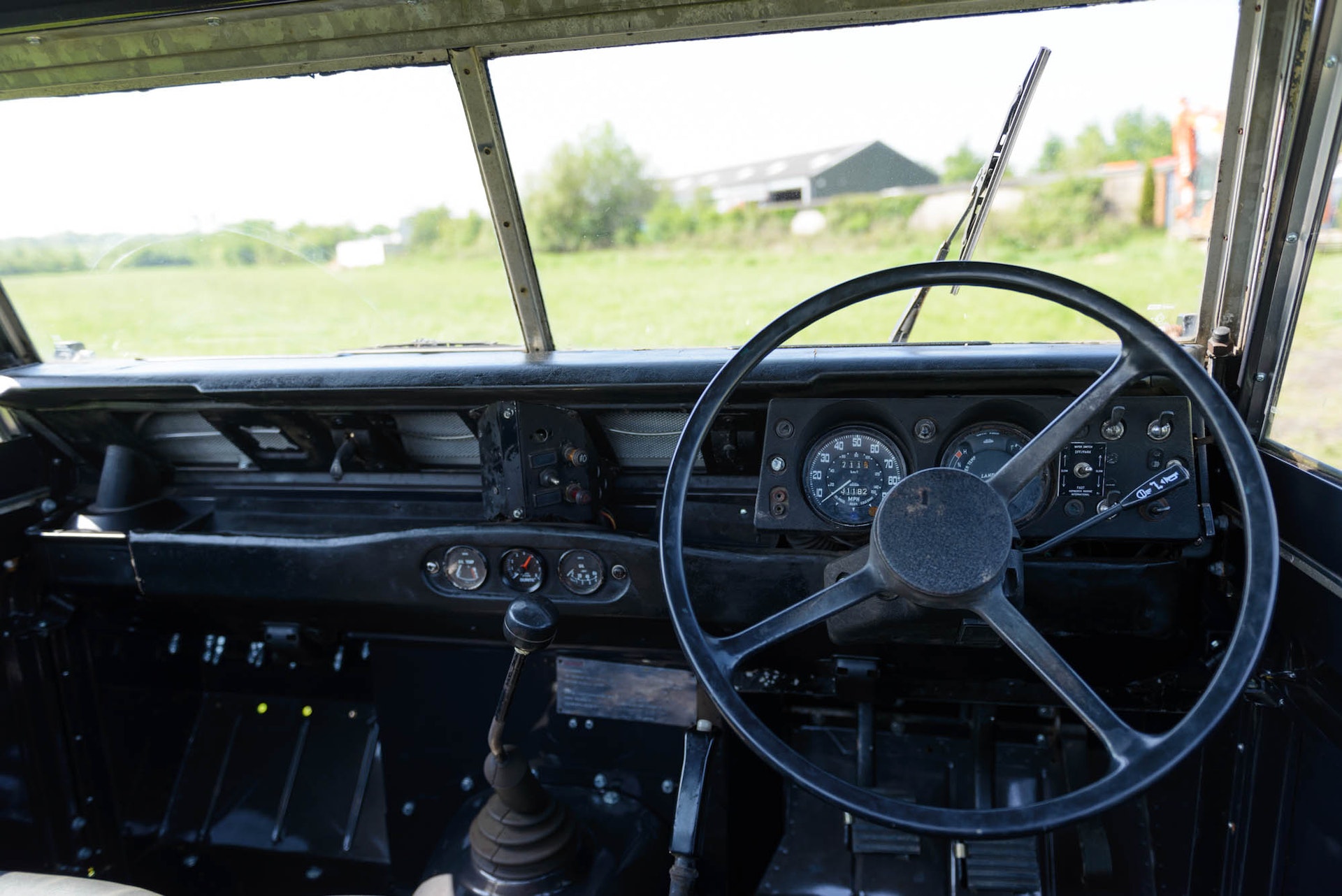 The engine bay is clean and presentable, and the car runs and drives very well. While originally converted to a 6x6 driveline, the rear axle has temporarily been disconnected for smoother road driving, but the middle axle can still accommodate a return to the 6x6 format should the next owner desire. The Land Rover is now covered by a clean, advisory-free MOT until May 2020. 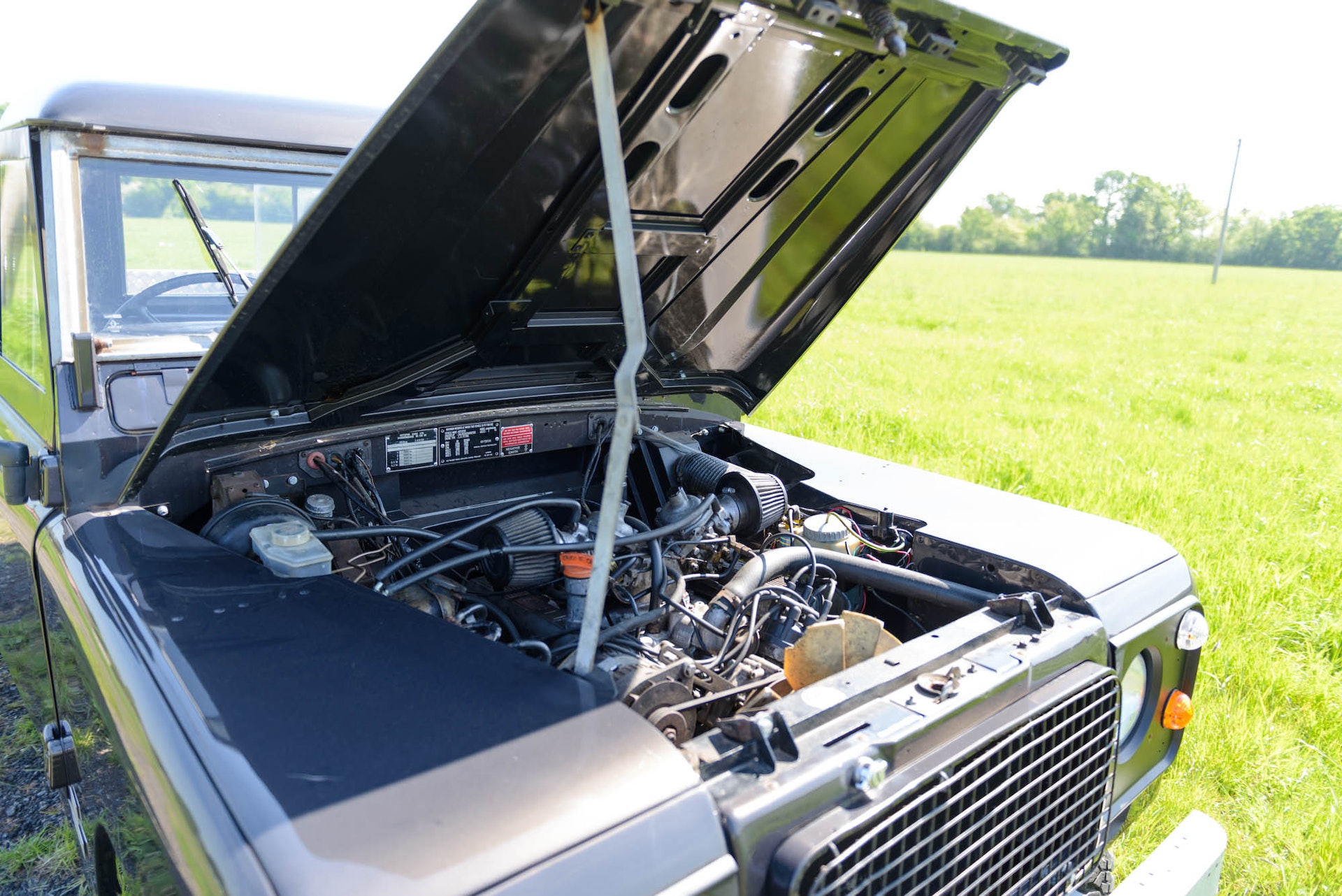 An original brochure about the Sandringham conversion accompanies the car. While the early history is not confirmed, it is believed that this 6x6 was first put into service with the Forestry Commission. This fascinating Series III benefits from being not only a rare conversion in an unusual body style, but also from being a genuine ‘Stage 1’ V8 - one of the most desirable models in Land Rover’s history.