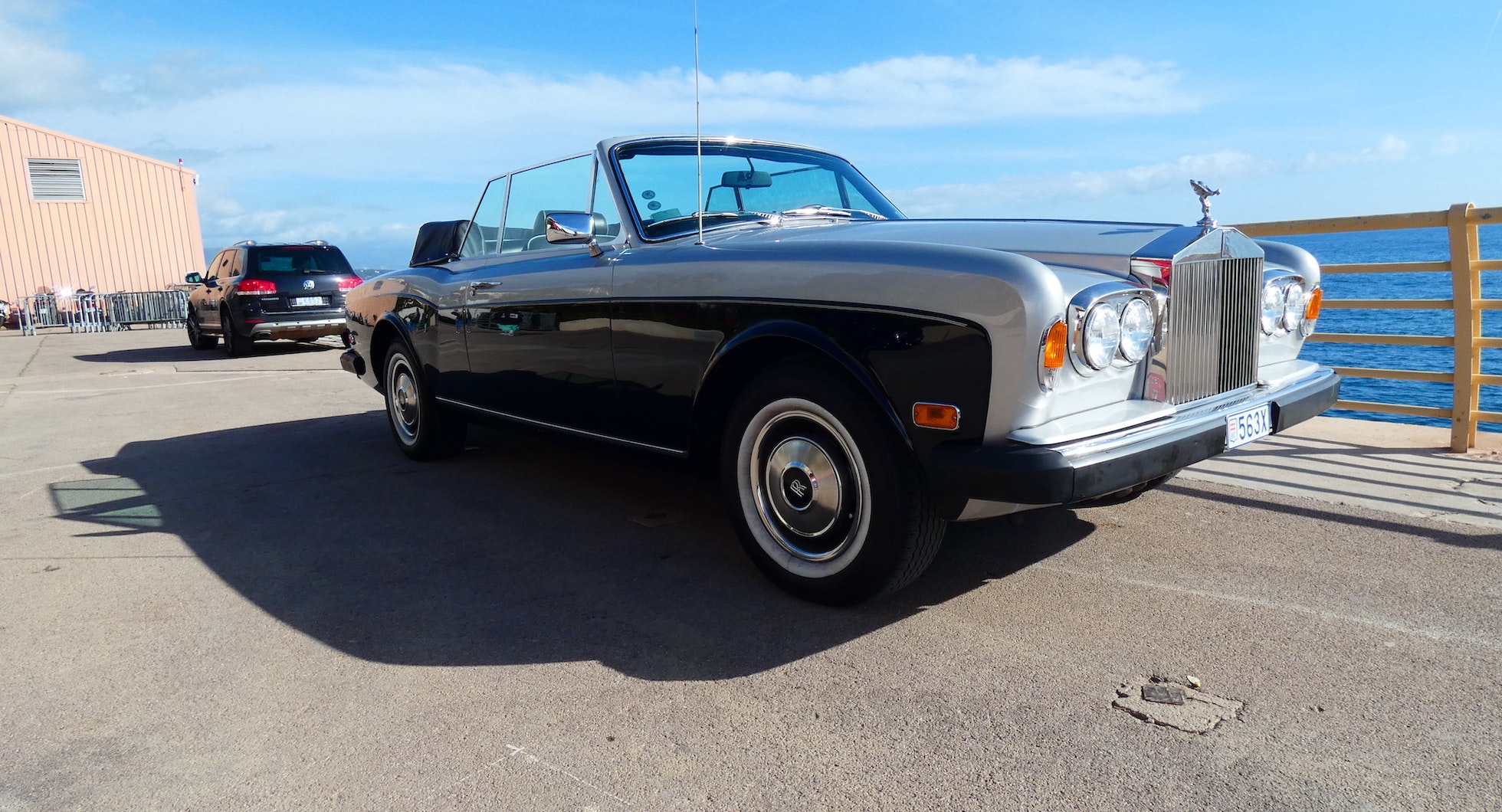 This 1981 Rolls-Royce Corniche Convertible is an attractive example of one of the last models to be produced by the luxury British brand before it was purchased by Volkswagen and later BMW. It is powered by the 6.75-litre alloy-block V8 engine, which is driven through a three-speed automatic transmission. The odometer shows 101,965 miles from new, supported by an excellent history file, and the car is currently registered in Monaco. 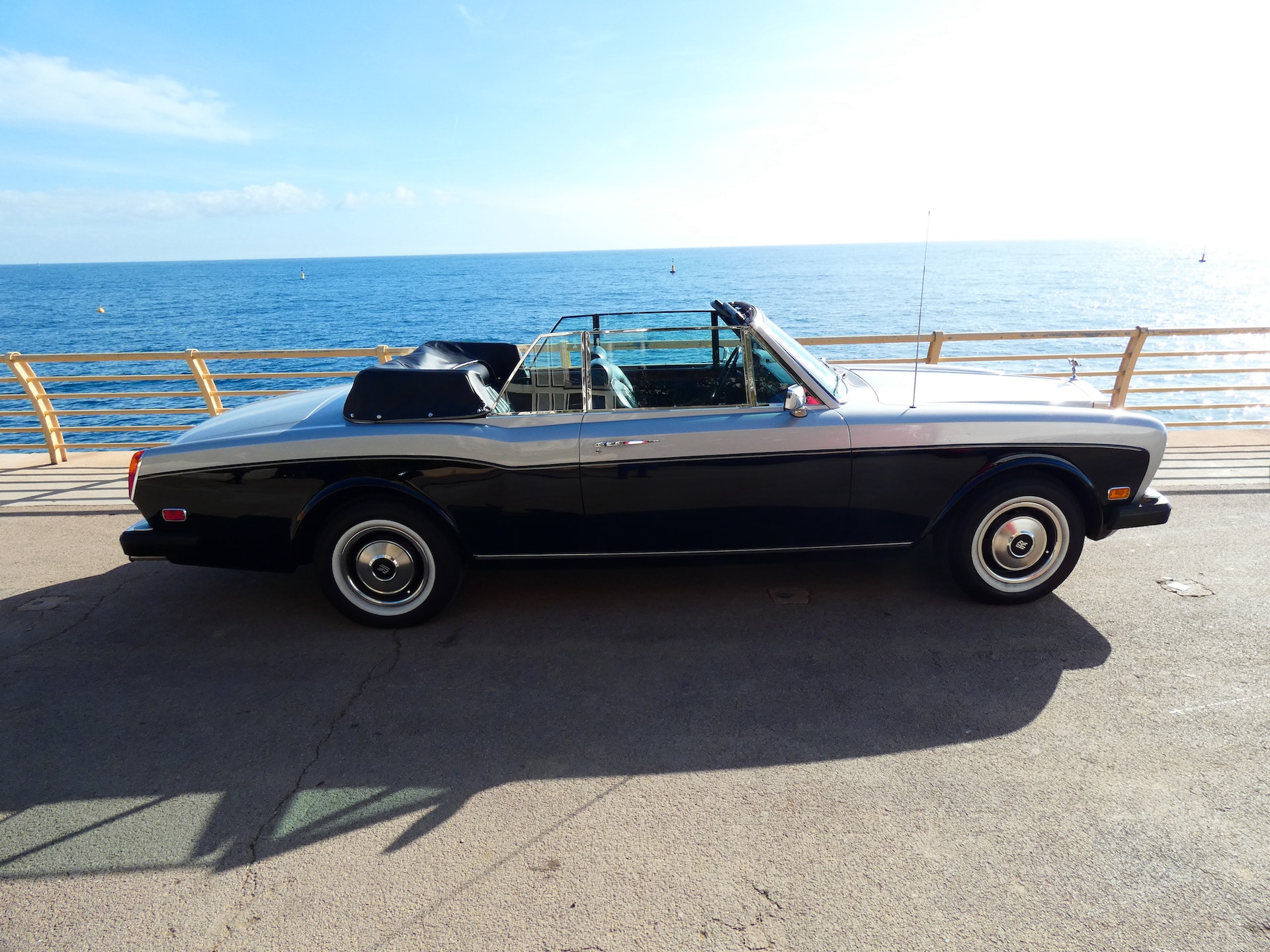 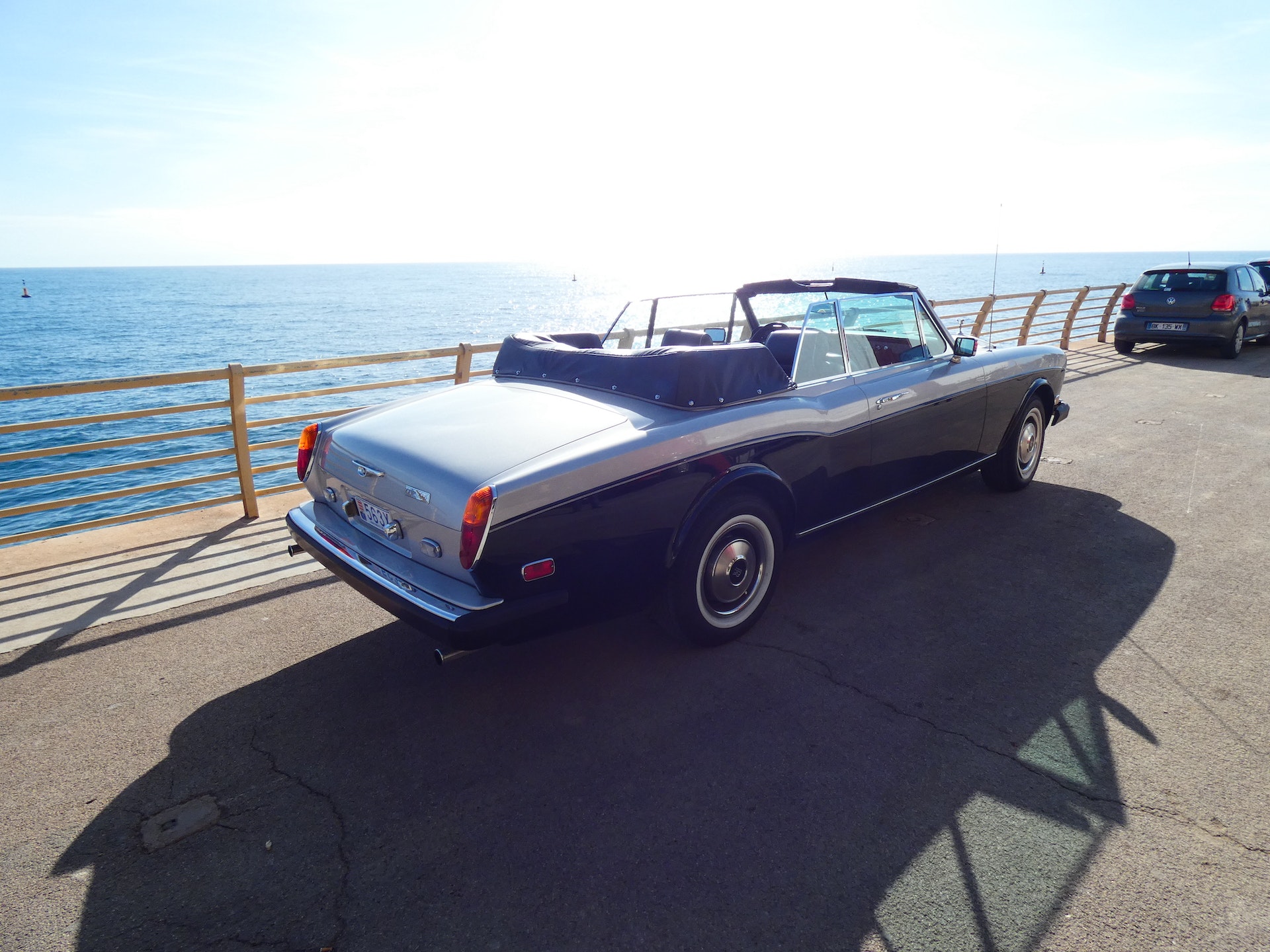 The order for this Corniche was placed in March 1981 by Roy Carver Rolls-Royce of Newport Beach, California. Its factory build was completed during July 1981, with the coachwork finished in the two-tone combination of Georgian Silver over Mason’s Black, black leather upholstery with light grey piping, and a black vinyl convertible hood. It was also specified with an instrument board roll, an internally adjustable passenger-side mirror, and with the under-dashboard and radio surrounds finished in black. 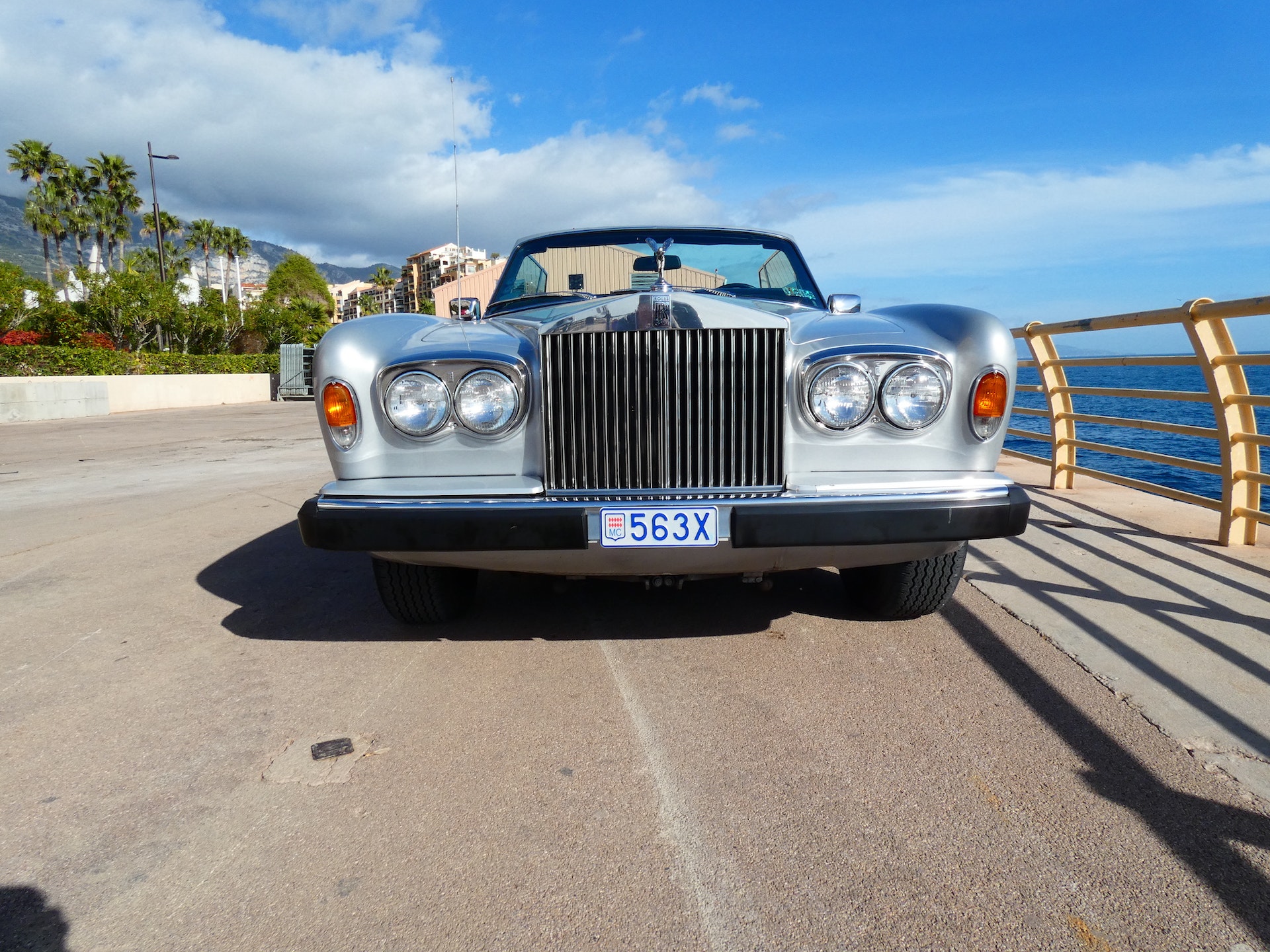 It was shipped from the UK to Los Angeles over Christmas 1981, finally arriving in the port on 8 January 1982. The car was presented in the showroom of Roy Carver Rolls-Royce for a few months, before it was sold to its first owner, a doctor in Huntington Harbour, CA. He kept the car for around eight years, covering some 25,000 miles. Its second owner, based in Newport Beach, acquired the car in 1990 and kept the car in regular use, adding another 33,000 miles over the next 10 years. 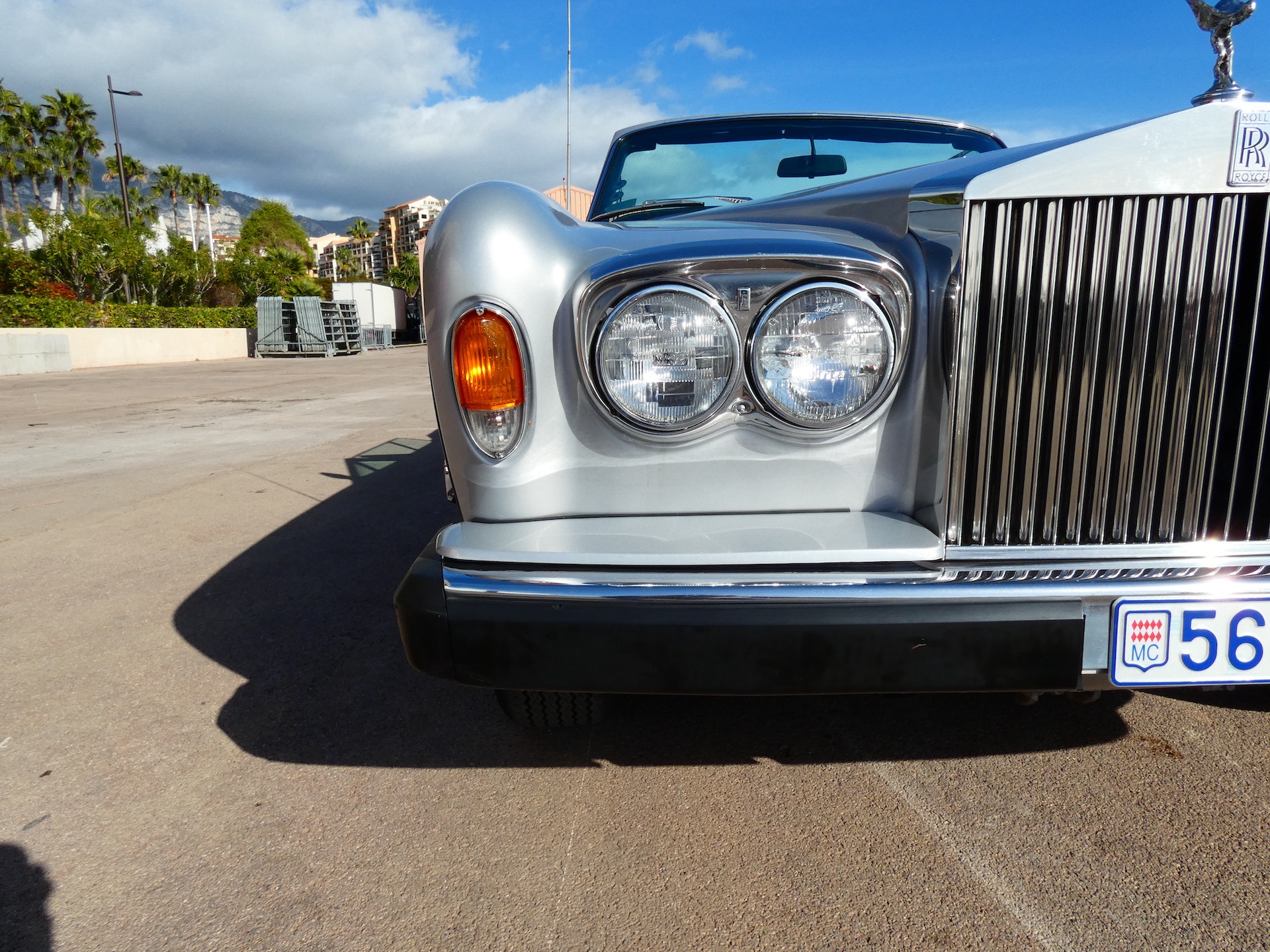 In 2000, this Corniche was purchased by Frantz Dengler of Pennsylvania, who was the chairman of the regional Rolls-Royce Owners’ Club, and owned a number of impressive examples of the marque. The car remained in Mr Dengler’s private collection until he passed away in 2010, and was subsequently acquired from his estate by the previous owner. 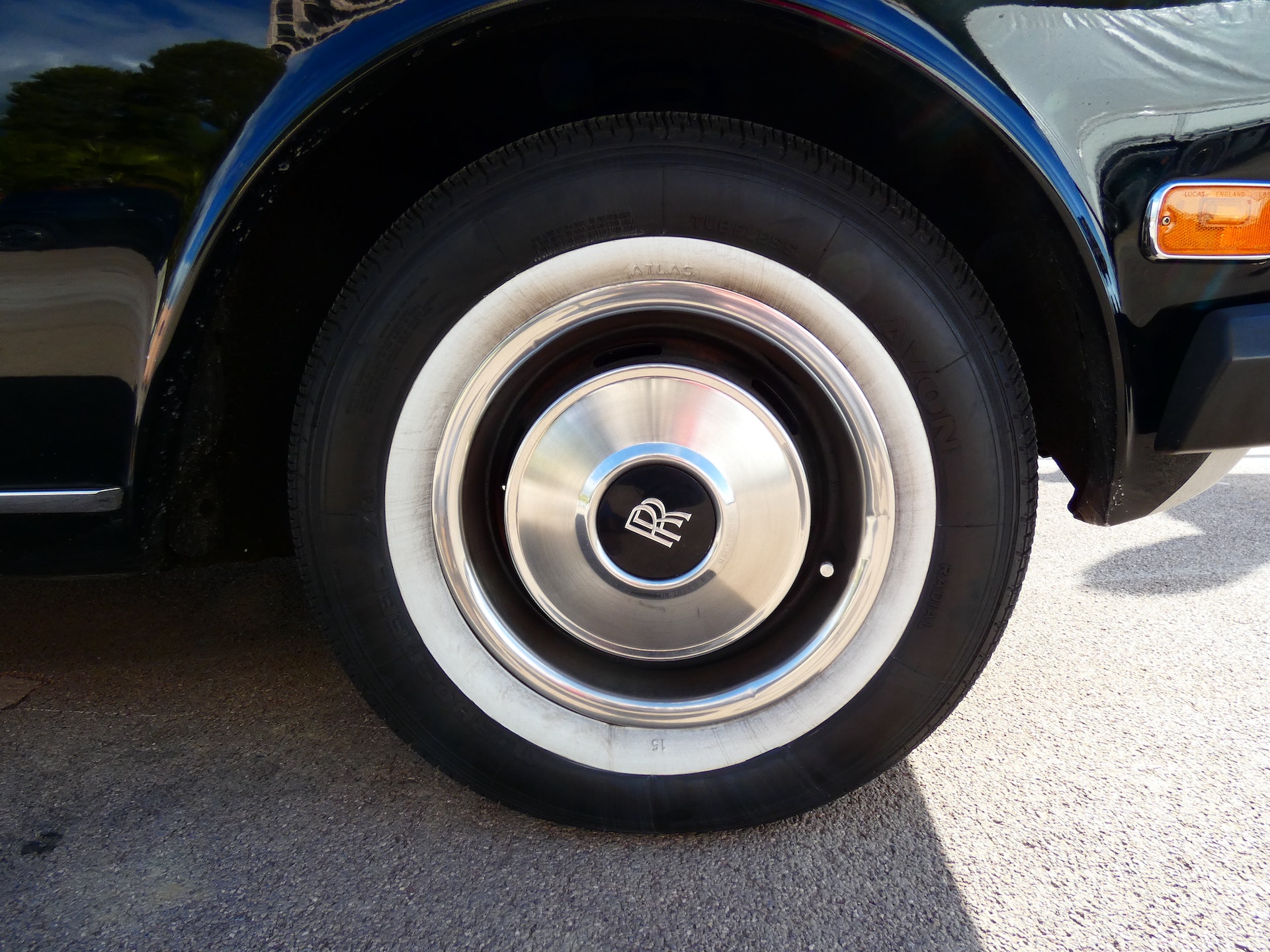 The car was purchased by the vendor, who is understood to be the fifth owner from new, and imported to the UK in late 2016. Having cleared customs and after being put through an MOT test at 98,339 miles,  the car was then registered with the DVLA on 4 January 2017 and given the registration mark ‘SKO 982W’. By October 2017, the vendor had imported the car to Monaco and registered it with the Département de l’Équipement, de l’Environnemente et de l’Urbanisme, being given registration number ‘563X’, which it wears today. 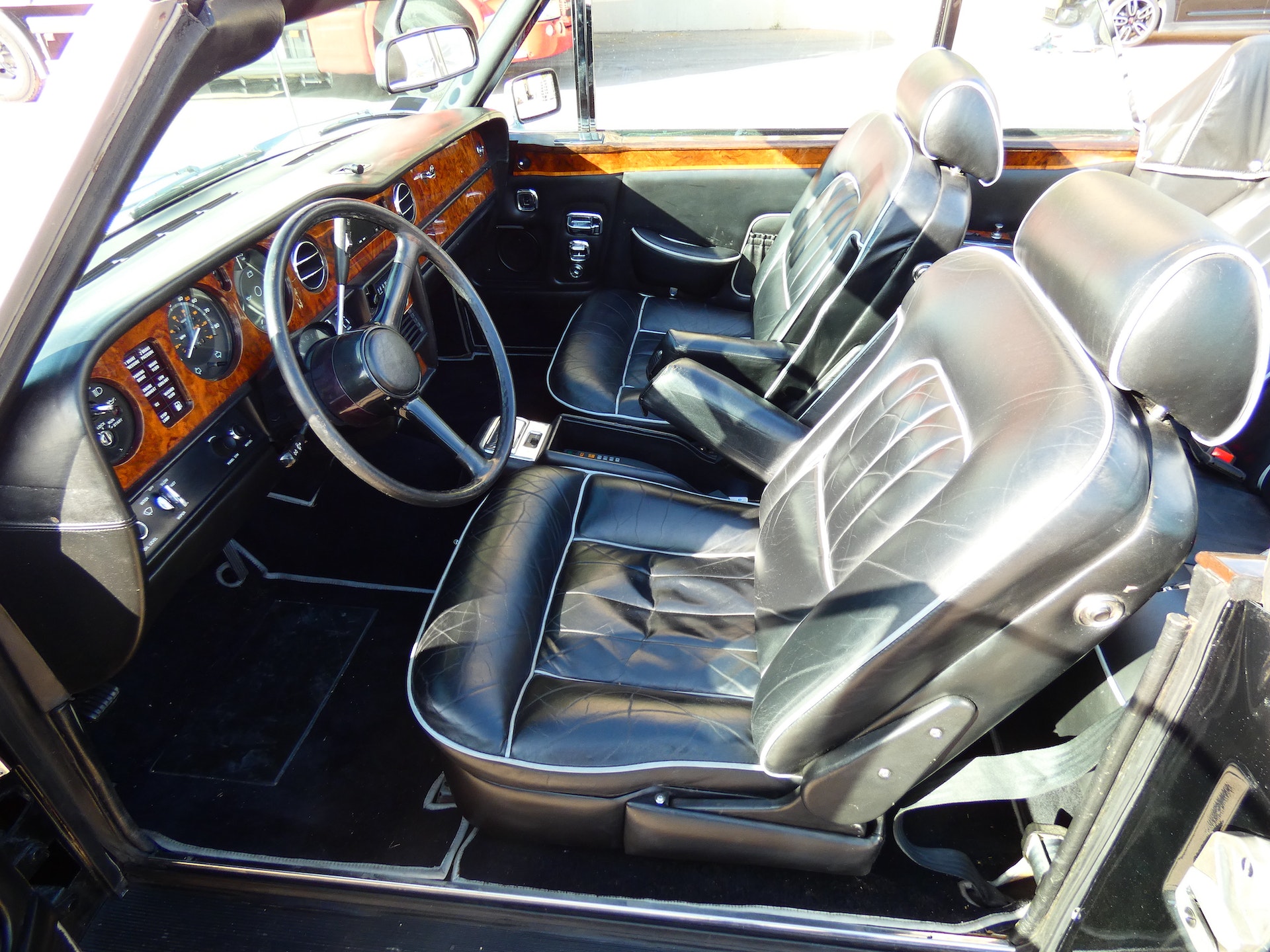 Its bodywork is in excellent condition and is still finished in the attractive two-tone factory colour combination of Georgian Silver and Mason’s Black. As this car has been used and enjoyed on the road, there may be a stone chip or two visible. The Spirit of Ecstasy mascot, Rolls-Royce badge, grille and chrome bumpers all shine brightly, with just a few minimal marks present and a small crack on the bumper, under the left-hand-side headlight. The bumpers have recently been exchanged from its previous US-specification items to the European-style fitment. The wheels feature special Rolls-Royce wheel covers, which are fitted with brand new Avon Turbosteel tubeless radial tyres and 15-inch Atlas whitewall inserts. 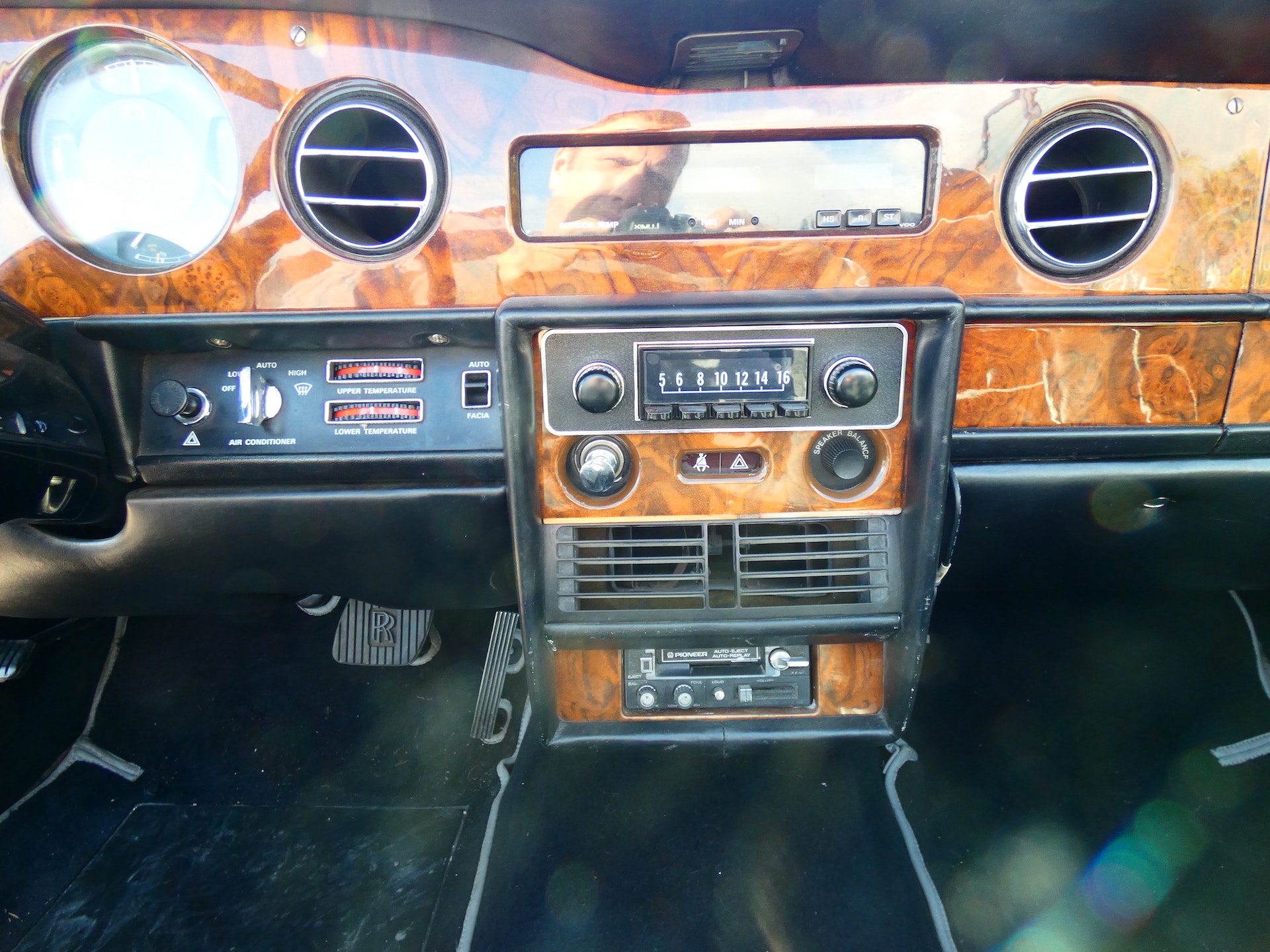 The black vinyl roof appears to be original and is showing its age, with a hole in a rear corner, some stiches coming loose on the seams, a small rip and some marks near the base. However, the mechanism works as it should and the hood fits snugly on the frame. The vendor has also had a new tailored tonneau cover made and fitted within the last few years. 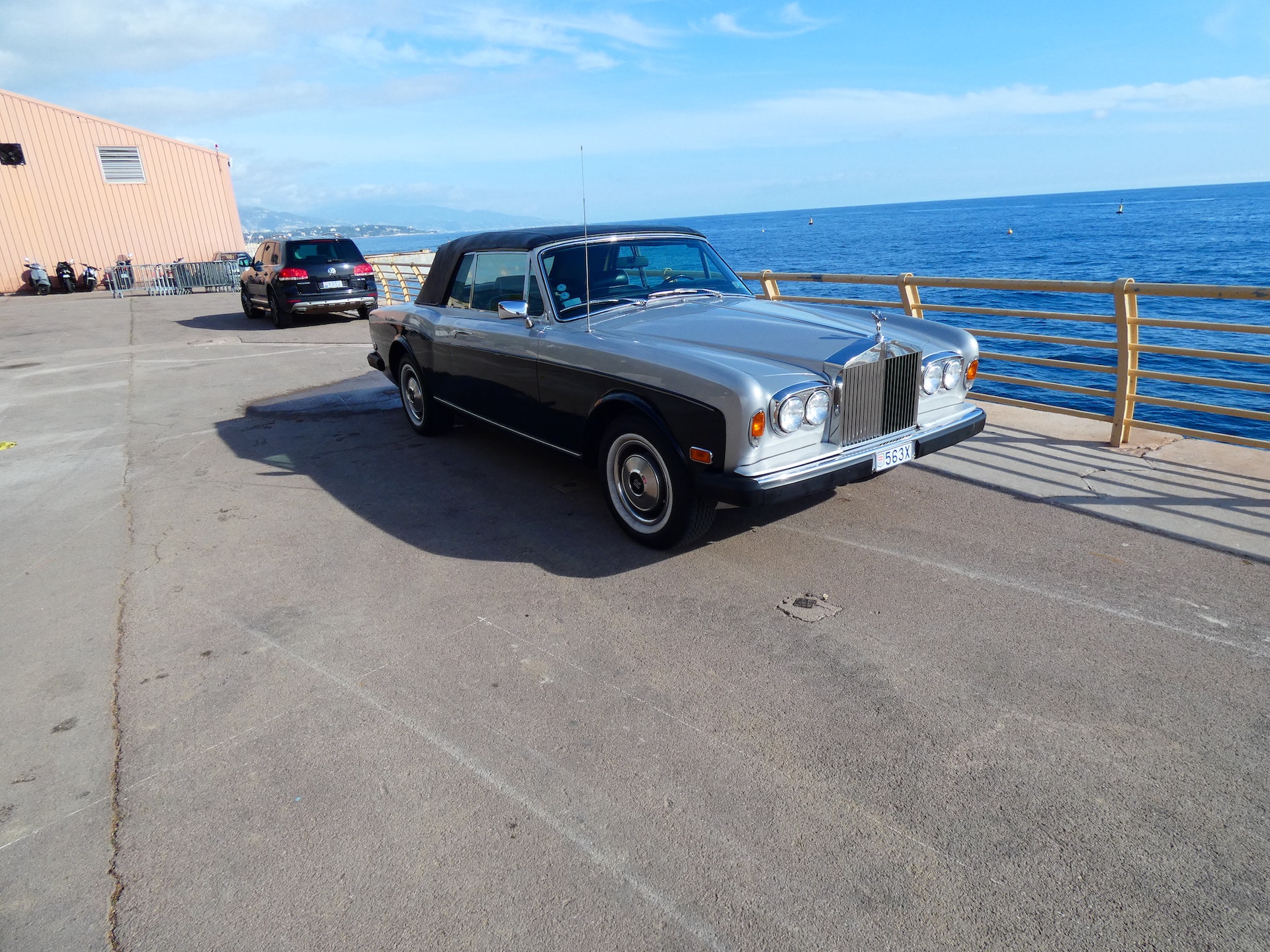 The interior is described as being in excellent condition, with the cabin being refurbished in recent years. The black leather seats with grey piping have been reupholstered and are in very good order. There is a small hole in the leather bar on the underside of the passenger seat. New carpets have been fitted throughout during the vendor’s ownership, the Mulliner Park Ward sill kick plates are in good condition, and the expansive boot is clean and tidy. 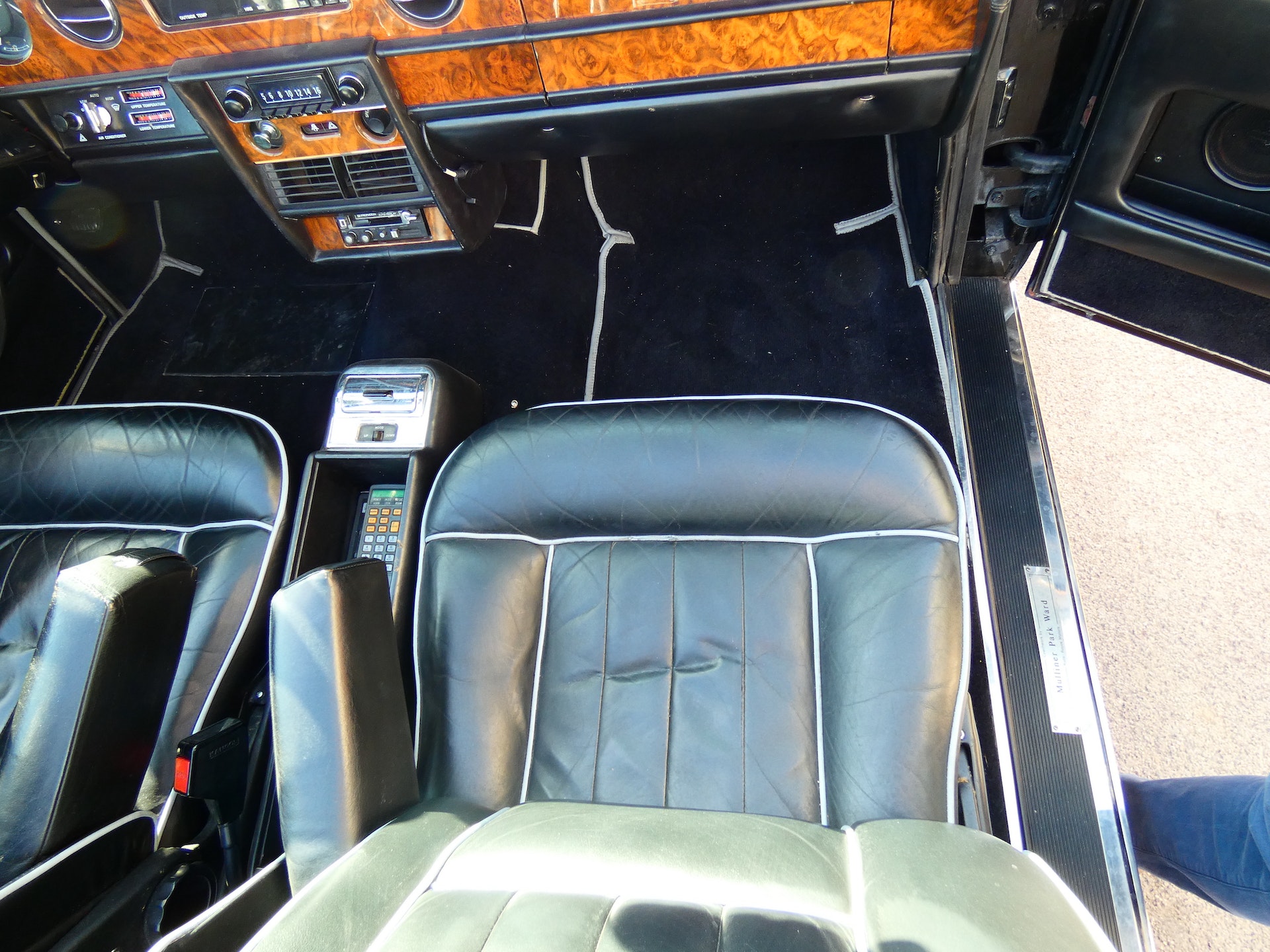 The walnut burr wood veneers on the dashboard, centre console and door cards were re-laminated upon the car’s arrival in the UK in 2017. The two-spoke steering wheel is slightly worn, but in great shape considering the mileage. A period-perfect 1980s car phone can be found in the leather centre storage compartment, though it is non-functioning. There is also a retro-style stereo installed, which features Bluetooth connection capabilities. The only note from the vendor on the interior condition is that the electric windows are slightly slow to roll up and down. Otherwise, all of the electrics and switchgear are in fine working order. 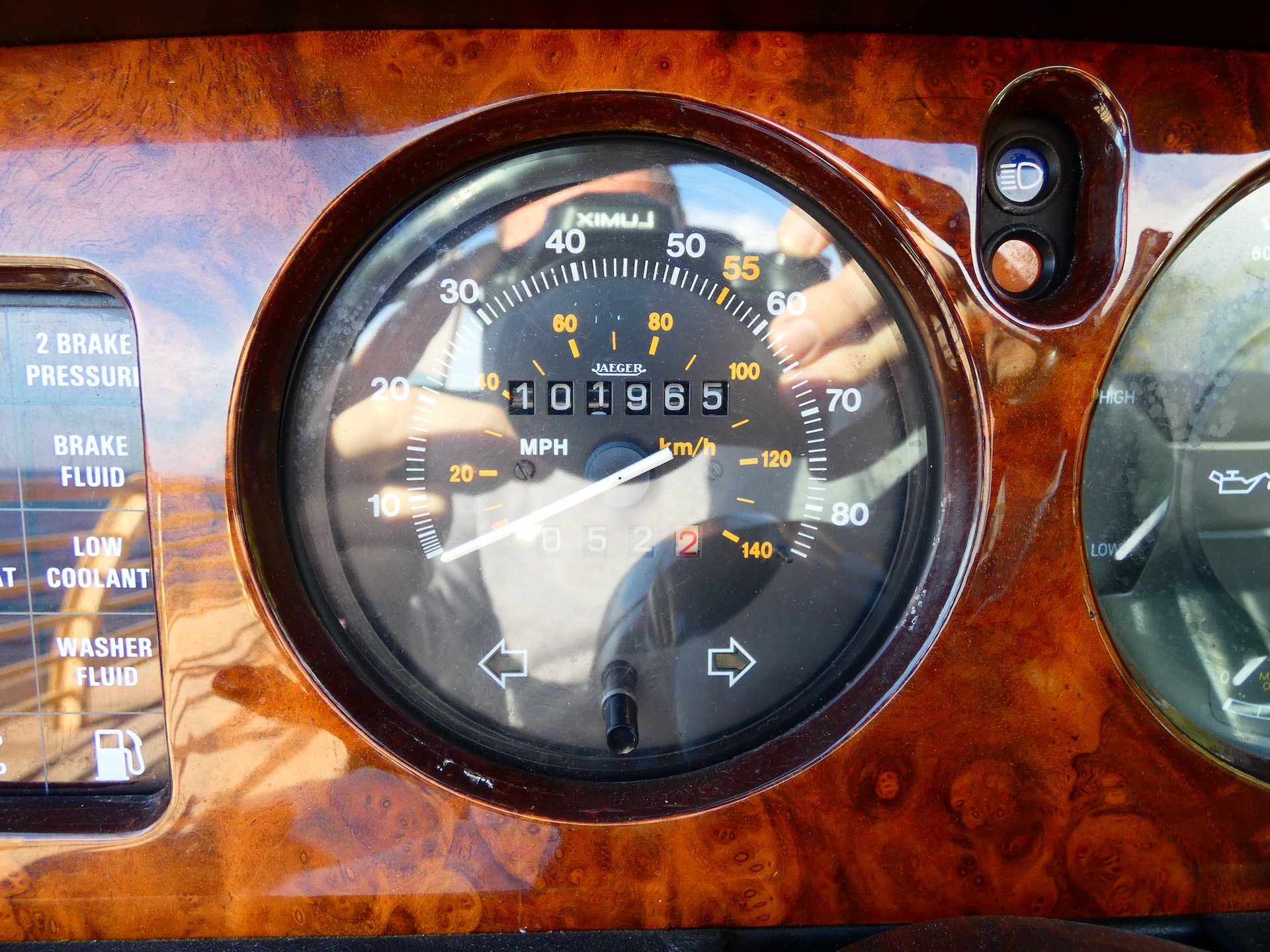 The underside is as expected for a car of this age, but is straight and solid with no evidence of any previous repairs. The engine bay is also original and well-presented. 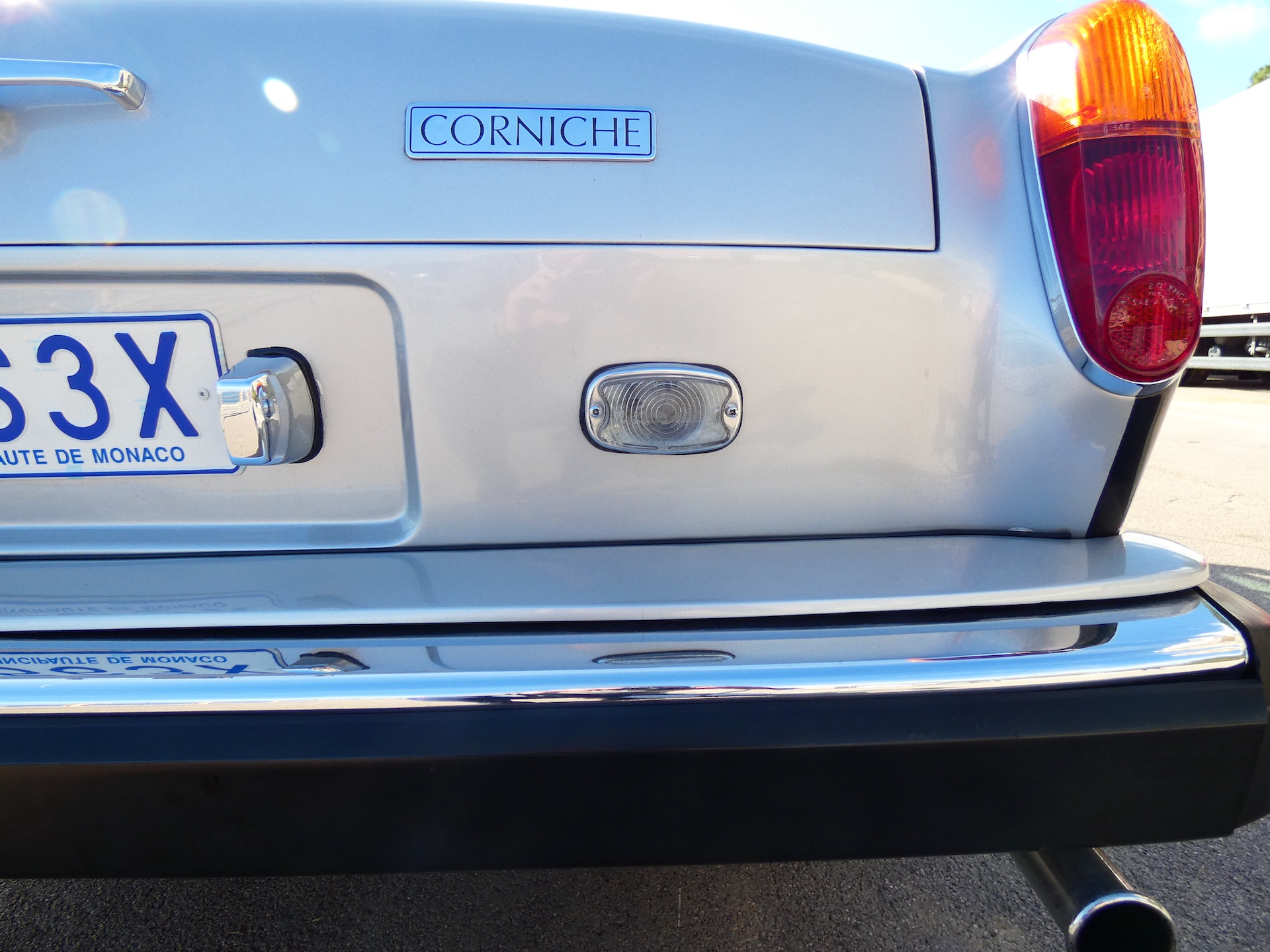 The car’s last scheduled maintenance was in October 2019 by The English Car Mechanics based in Valbonne, France, which included such work as replacing the drive belt and fan belt, exhaust mounts and gearbox pressure valve. The engine was serviced, with oil, filters and spark plugs renewed. The rear seat belt straps were replaced, as was the driver seat runner and passenger seat solenoid. New roof top rubbers were fitted, as well as new windscreen washers. Four new radio speakers were also installed. 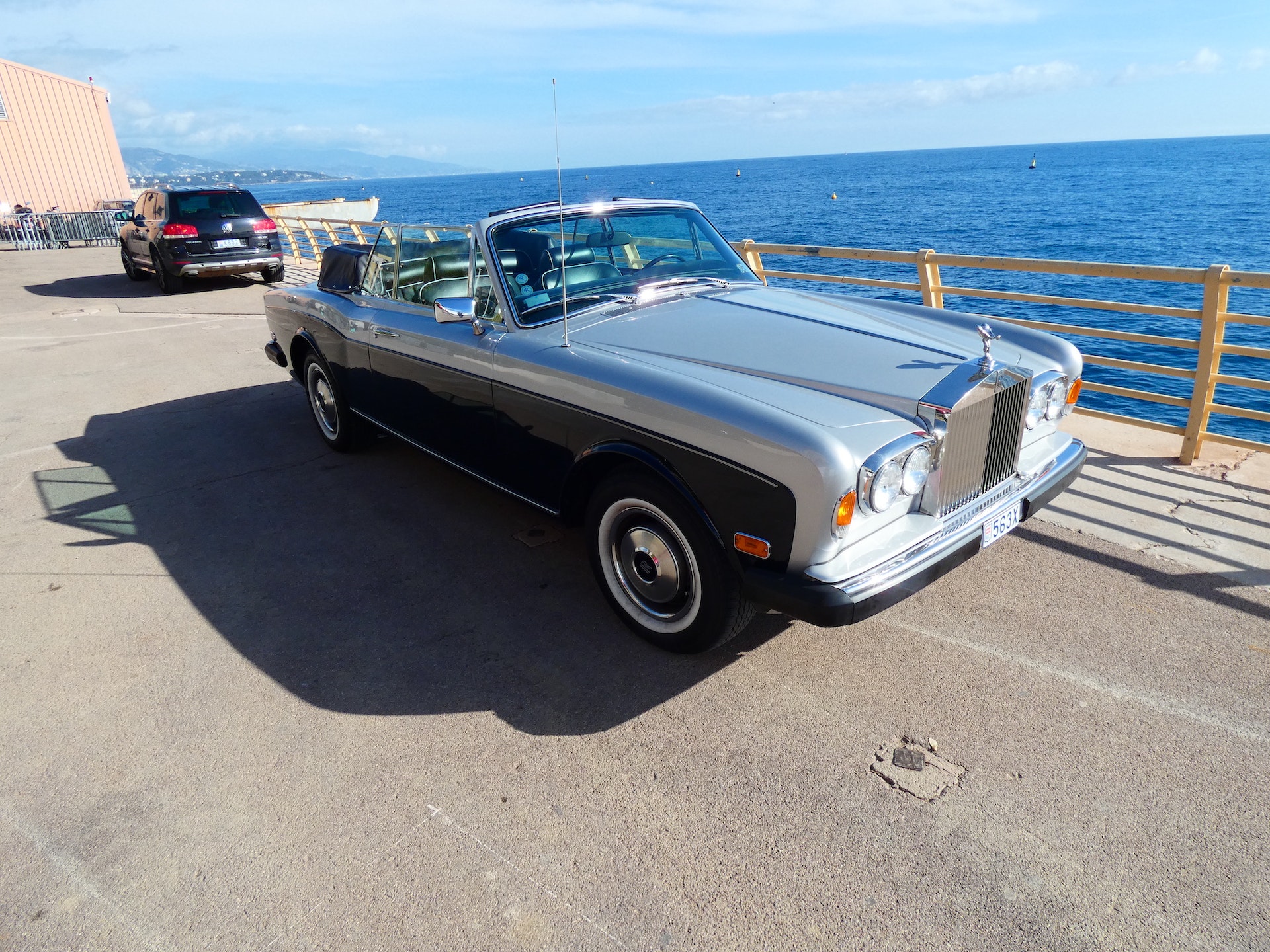 Accompanying the car is its original owner’s manual and a file of paperwork. Named after the French word for a coastal road, the Rolls-Royce Corniche is the personification of elegance and sophistication. This example is a glorious open-top cruiser that remains in superb condition, and is certain to delight its next owner wherever they choose to drive it.