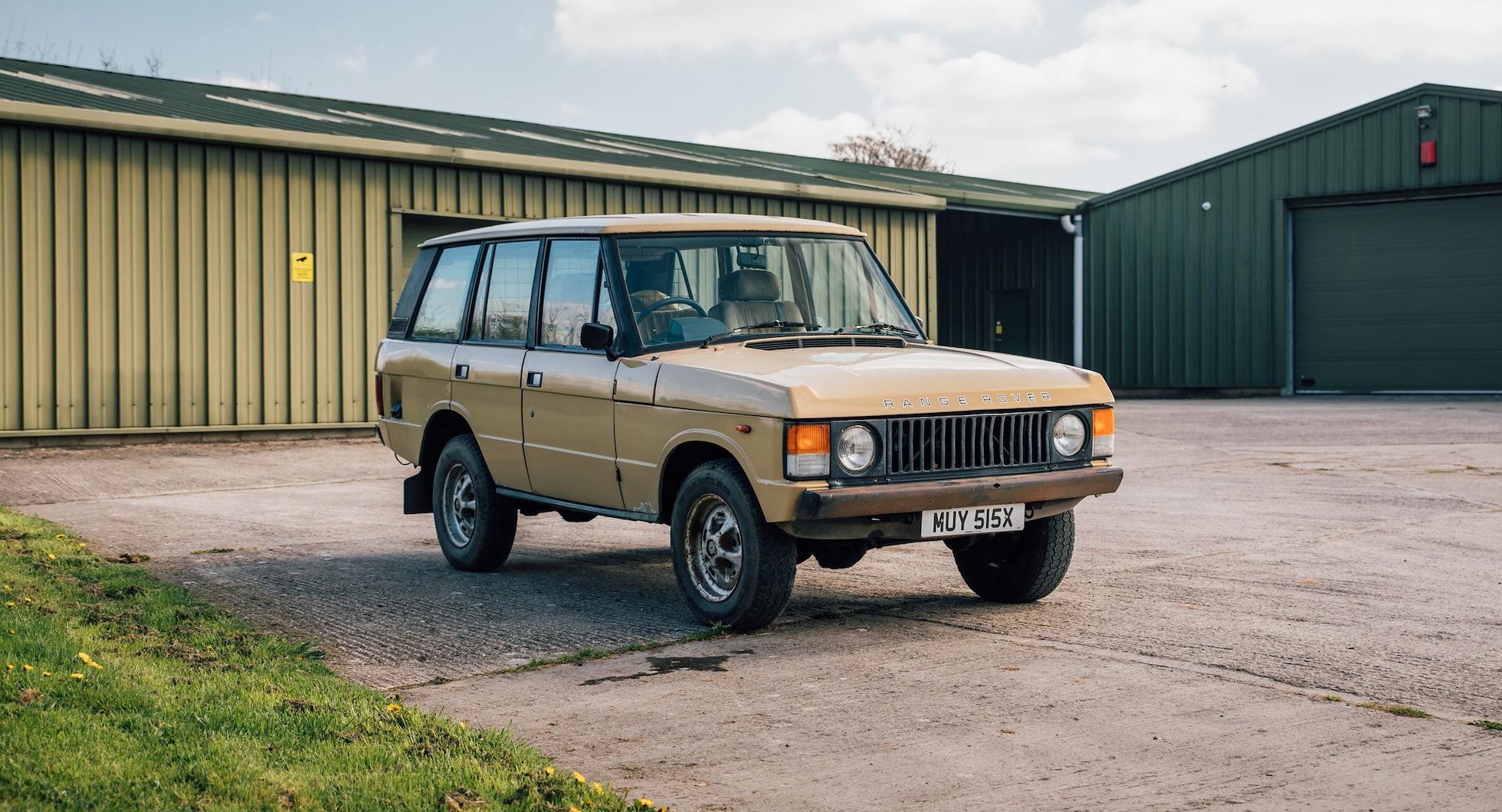 This 1981 Range Rover is a useable and practical classic. Currently in unapologetically scruffy condition, it is a prime candidate for extensive refurbishment by a dedicated enthusiast. The car is powered by the 3.5-litre Buick-derived Rover V8, paired with the four-speed manual transmission. Showing 60,853 miles from new, and finished in Shetland Beige over brown velour upholstery, this is Range Rover would make a great project for someone who has the time to improve it. 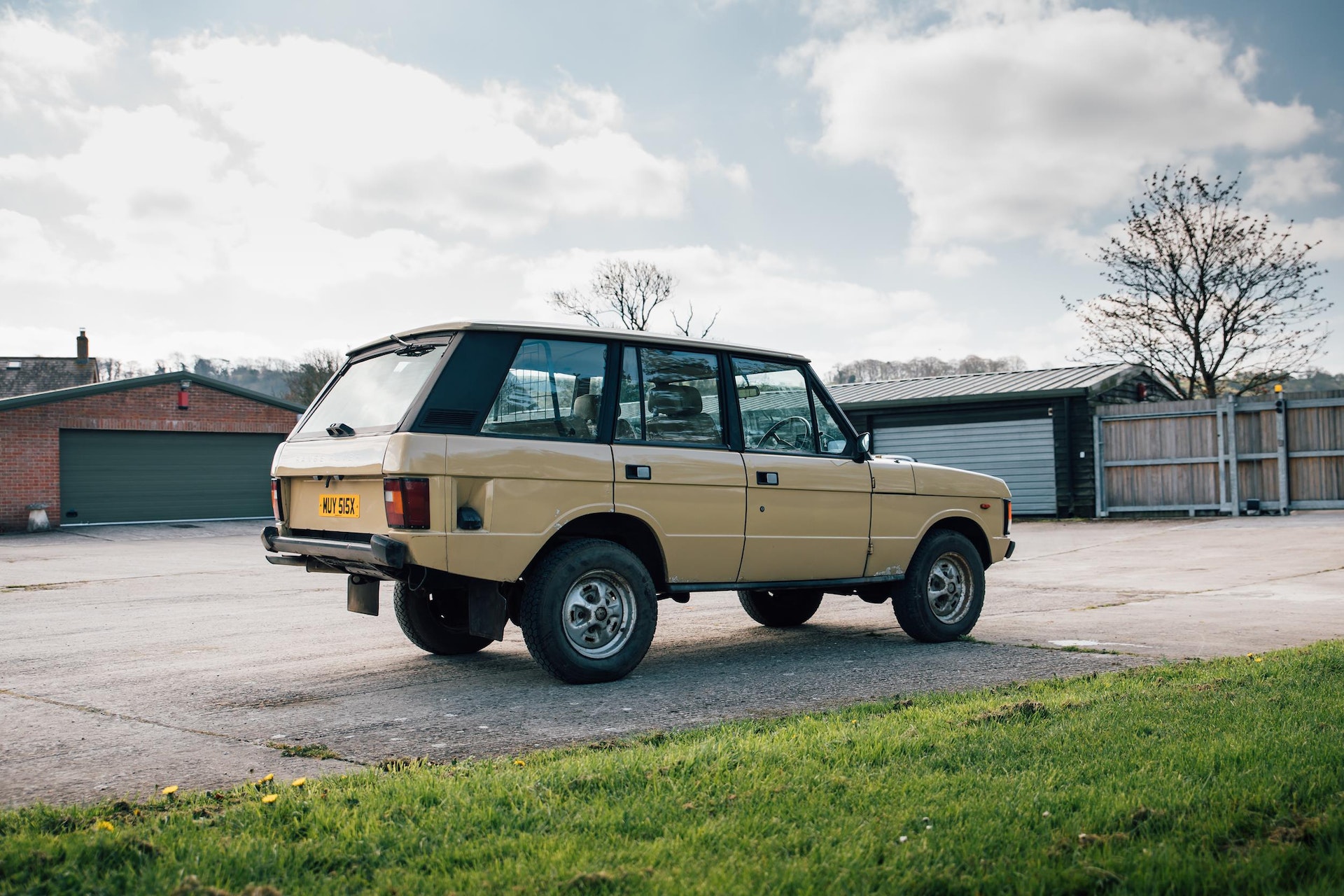 We understand the car is a late 1981 build, but was first registered in January 1982. It has just three previous keepers from new, and has been with the current owner for the last two years. 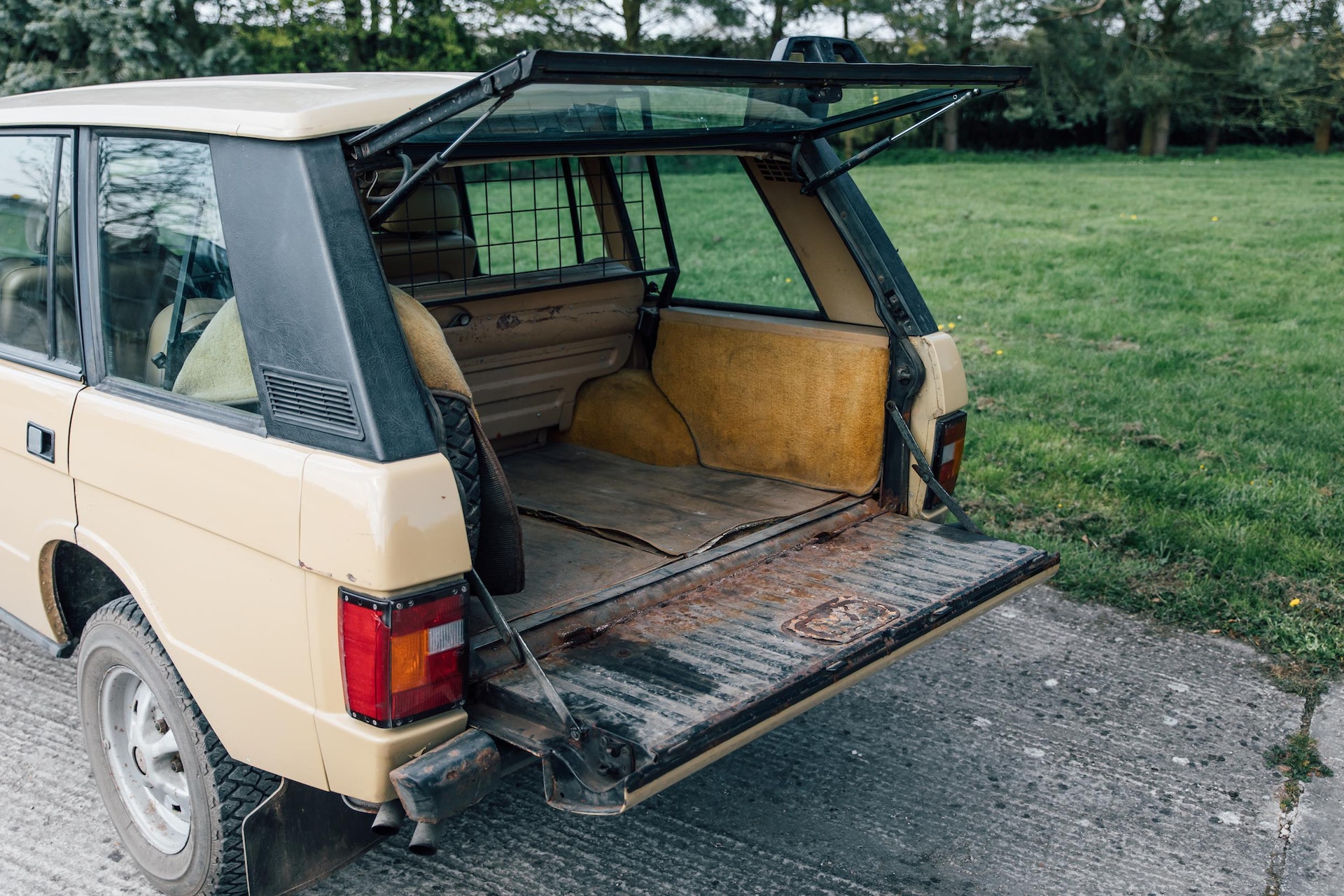 The Shetland Beige hue is a fantastic and original period colour. The vendor reports that the paintwork is in poor condition, and the photos show flaking and bubbling in numerous places. The black exterior trim around the glasshouse is also in need of refurbishment. As the photos also show, the engine bay is in tired cosmetic condition and would certainly be improved by a thorough clean and refinishing of some components. Original Rostyle steel wheels are still on the car, and while tarnished they show no signs of other damage. 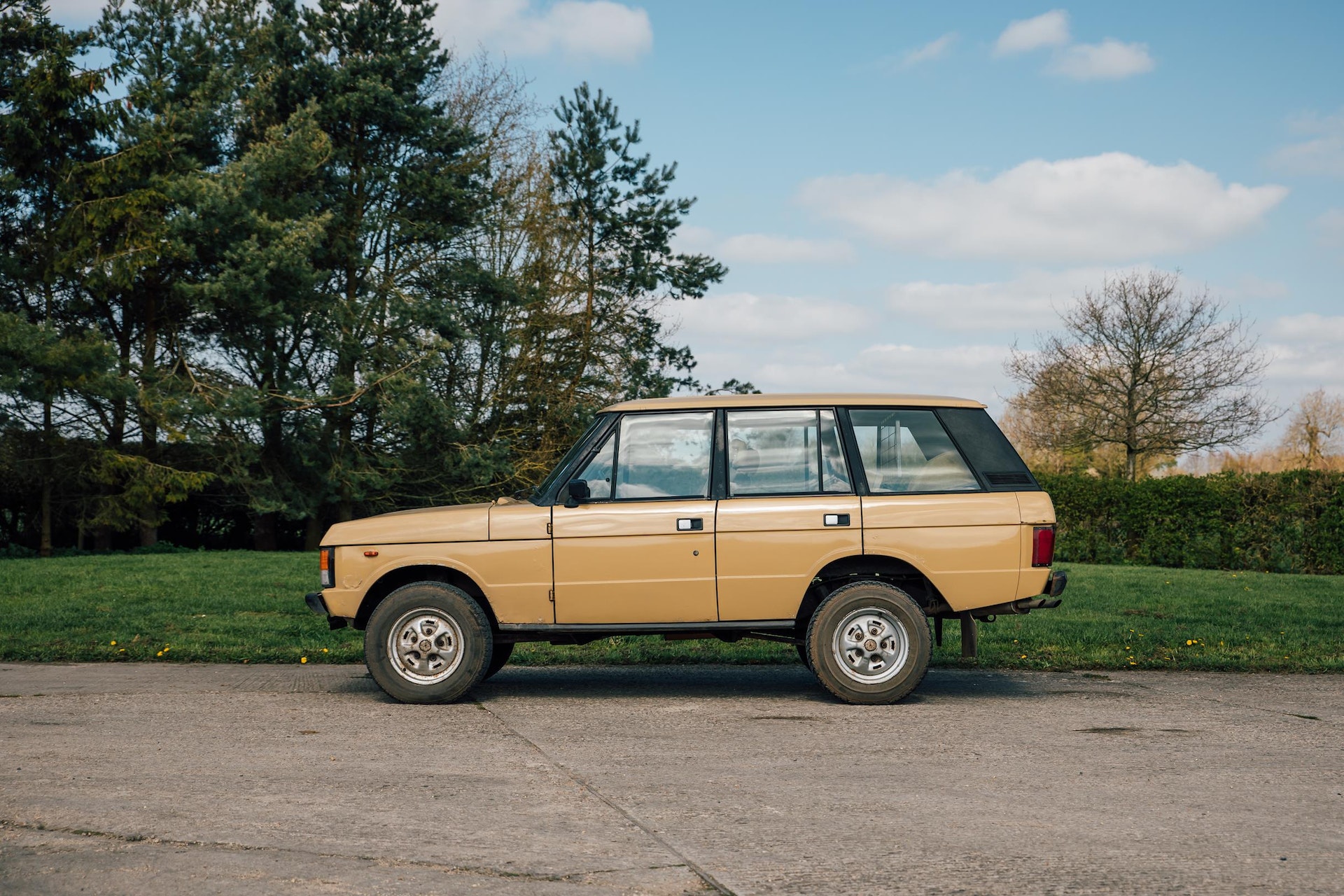 Inside, the beautifully simple cabin has not been interfered with in any way. The interior trim is all original, and is described by the vendor as being in fair condition. There is some wear and sagging of the seat cushions, and also very minor damage to the piping finish on the driver's seat bolster. The load bay is in need of some cosmetic renovation. 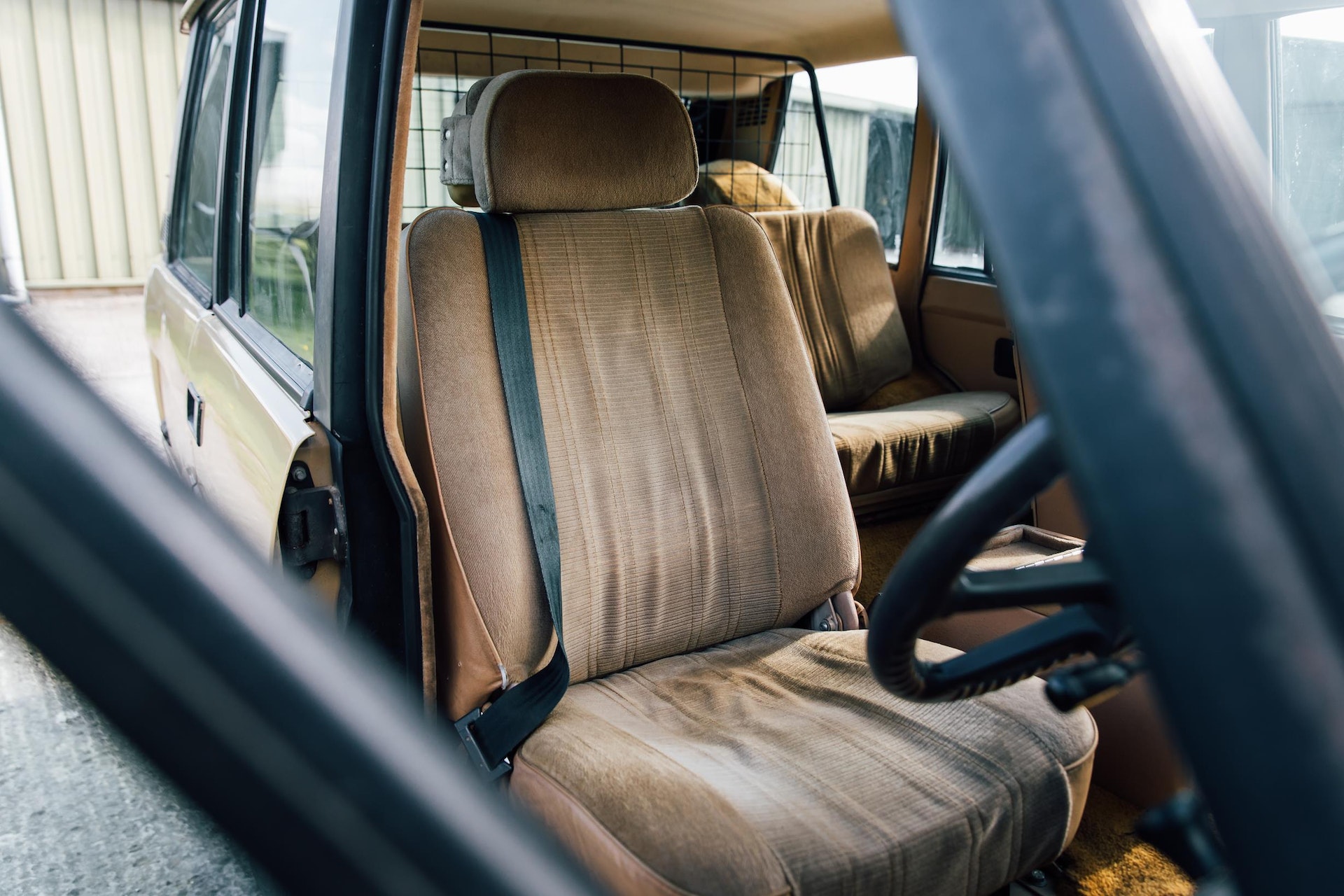 Photos of the underside suggest that the chassis is in solid condition, albeit with oxidisation to the surface. This is supported by the last MOT test in February 2017, passing with only one advisory about slight corrosion present in the offside front inner wing. In 2018 the vendor had a replacement fuel tank fitted. The tyres are a mix of Goodyear Wrangler, Bridgestone Dueler and Semperit Hi-Grip, and all appear to have a good level of tread remaining. The car is currently off the road under a valid SORN, so will need a fresh MOT and to be taxed before using on the road again. 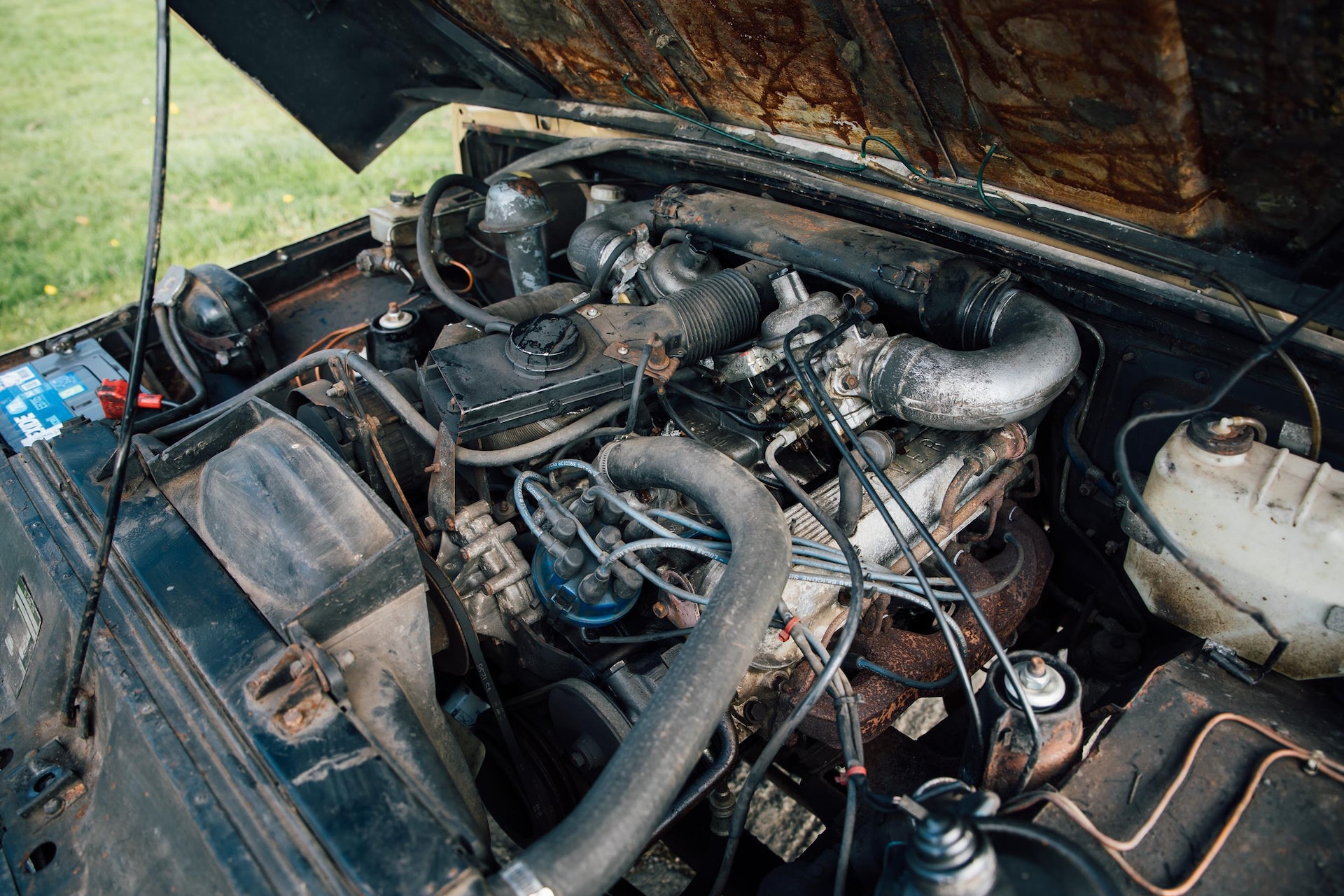 This 1981 Range Rover is a shabby but ultimately useable classic that could form the basis of a solid restoration. In the vendor's own words, “there are plenty of tasks for an enthusiast to slowly spend time to improve and fettle.”