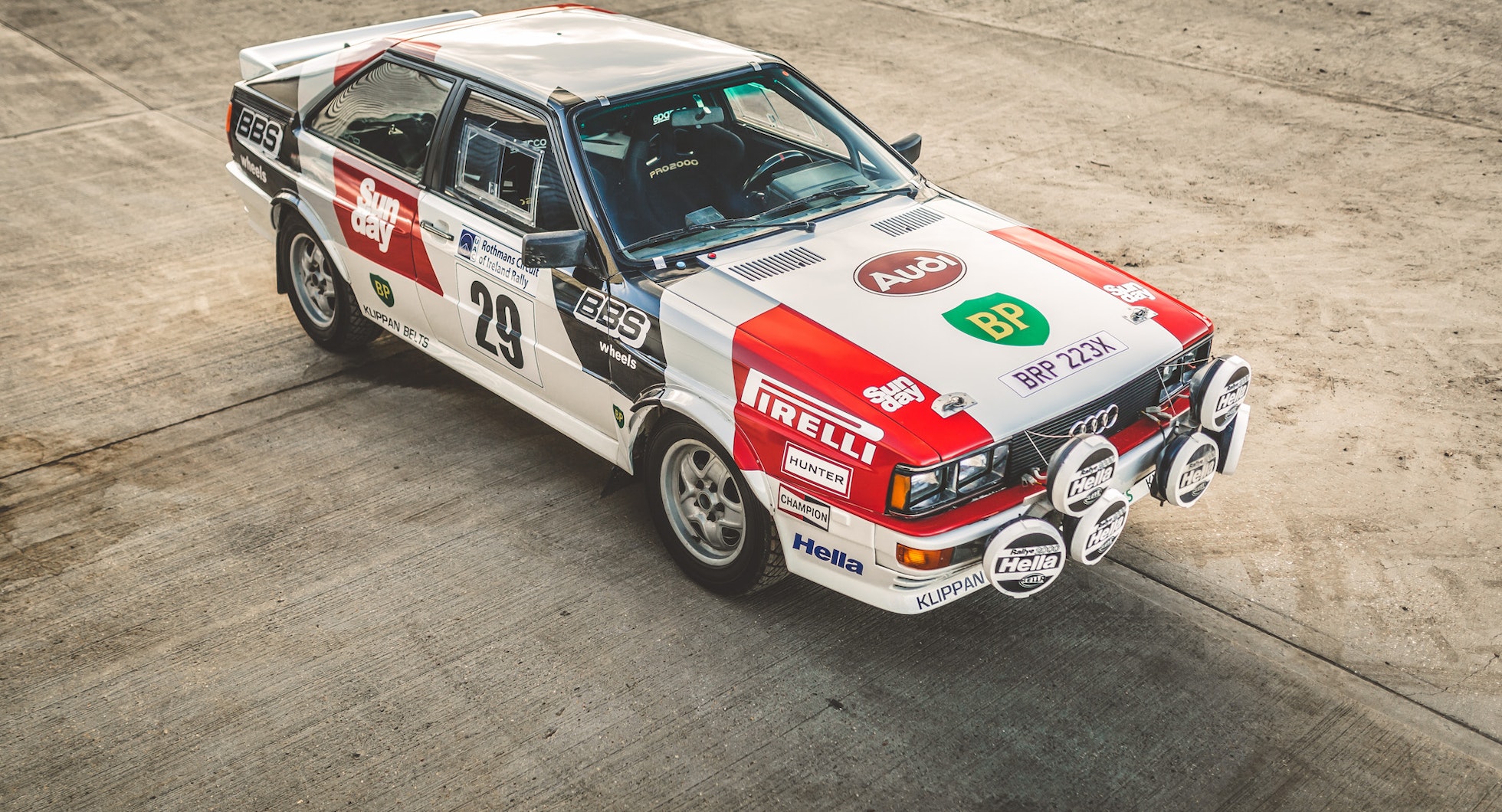 This 1981 Audi Quattro is a works-prepared vehicle that was used as a practice and competition car in period, and which first saw service as a press and PR demonstrator. A genuine ‘Ur-Quattro’, it is powered by a turbocharged 2.1-litre inline-five-cylinder engine paired with a five-speed manual transmission. The odometer now shows 54,331 miles. 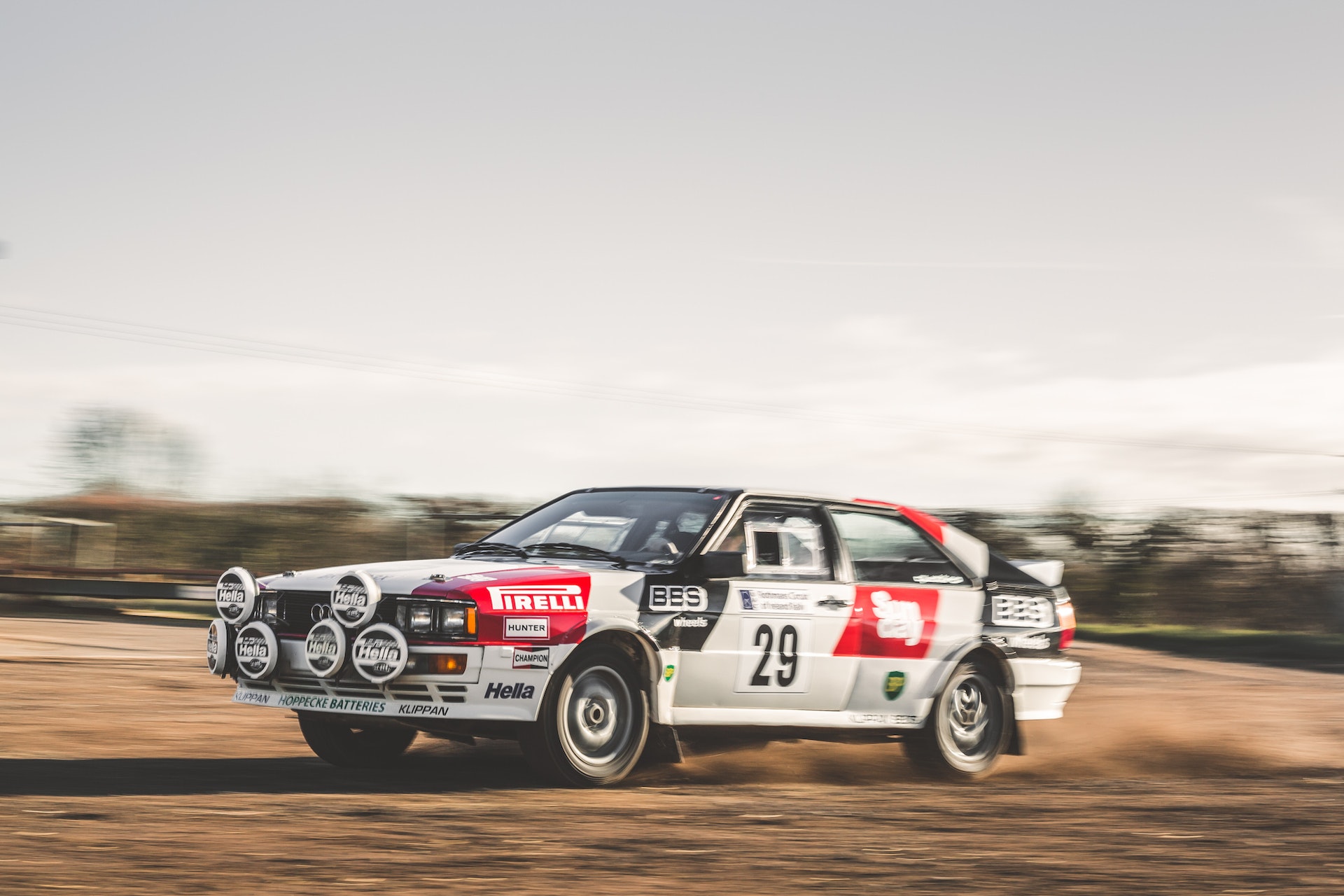 While initially sampled by numerous motoring journalists during its early road car life, the Audi was converted to rally guise by David Sutton Motorsport and used by the most successful US rally driver ever, John Buffum; the 1983 World Rally Champion, Hannu Mikkola; and the multiple Ulster Rally Champion, Robert McBurney. 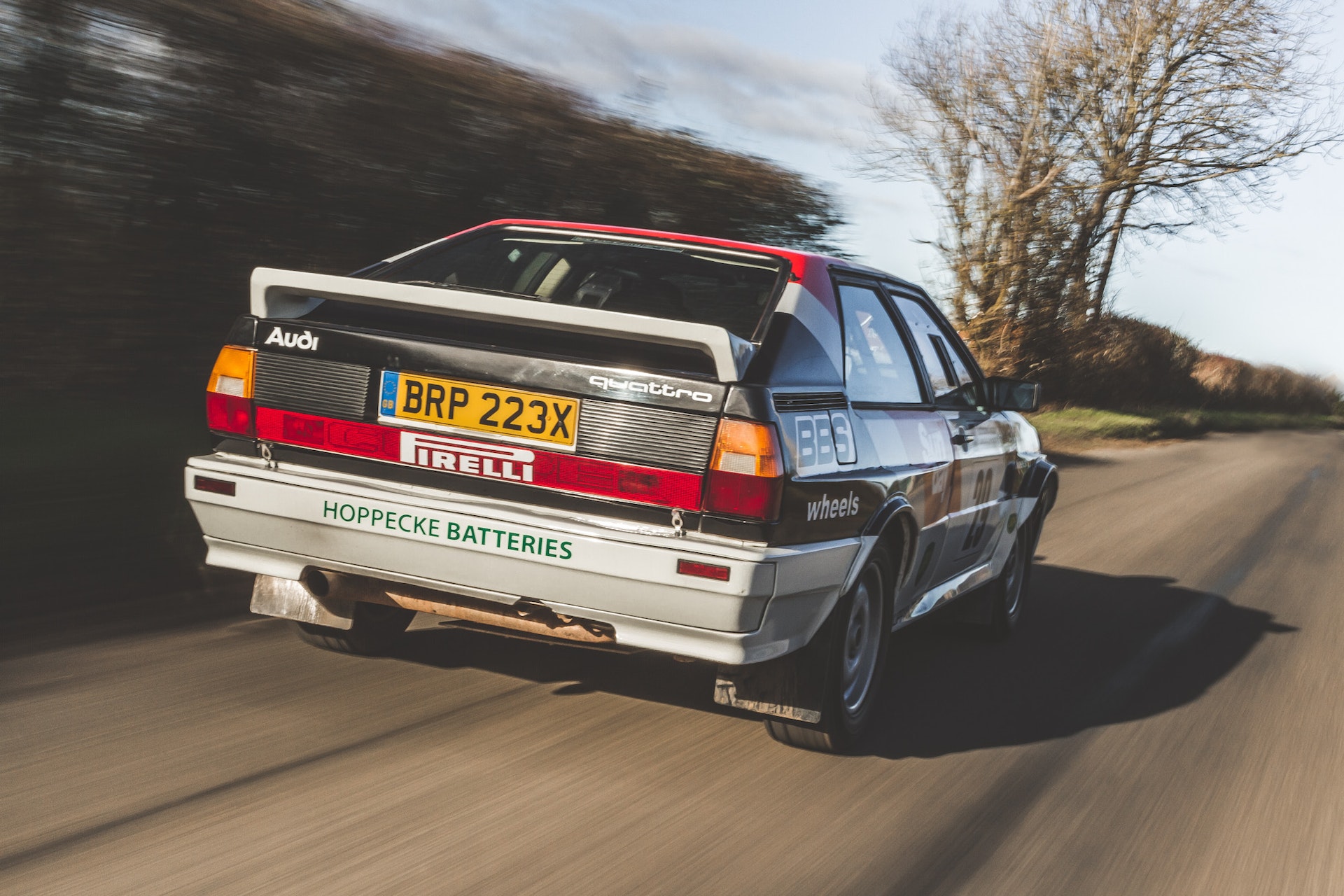 This left-hand drive Quattro was one of the very first examples sent to the UK. It was registered in September 1981 to the PR department at VAG in Milton Keynes.

The car appears in a variety of period press photographs wearing the same registration as today - ‘BRP 223X’ - and was featured in numerous articles at the time. One such story appeared in the April 1982 issue of CAR magazine, where renowned motoring writer and editor Mel Nichols reported on driving it in the south of France as he followed the Monte Carlo rally. 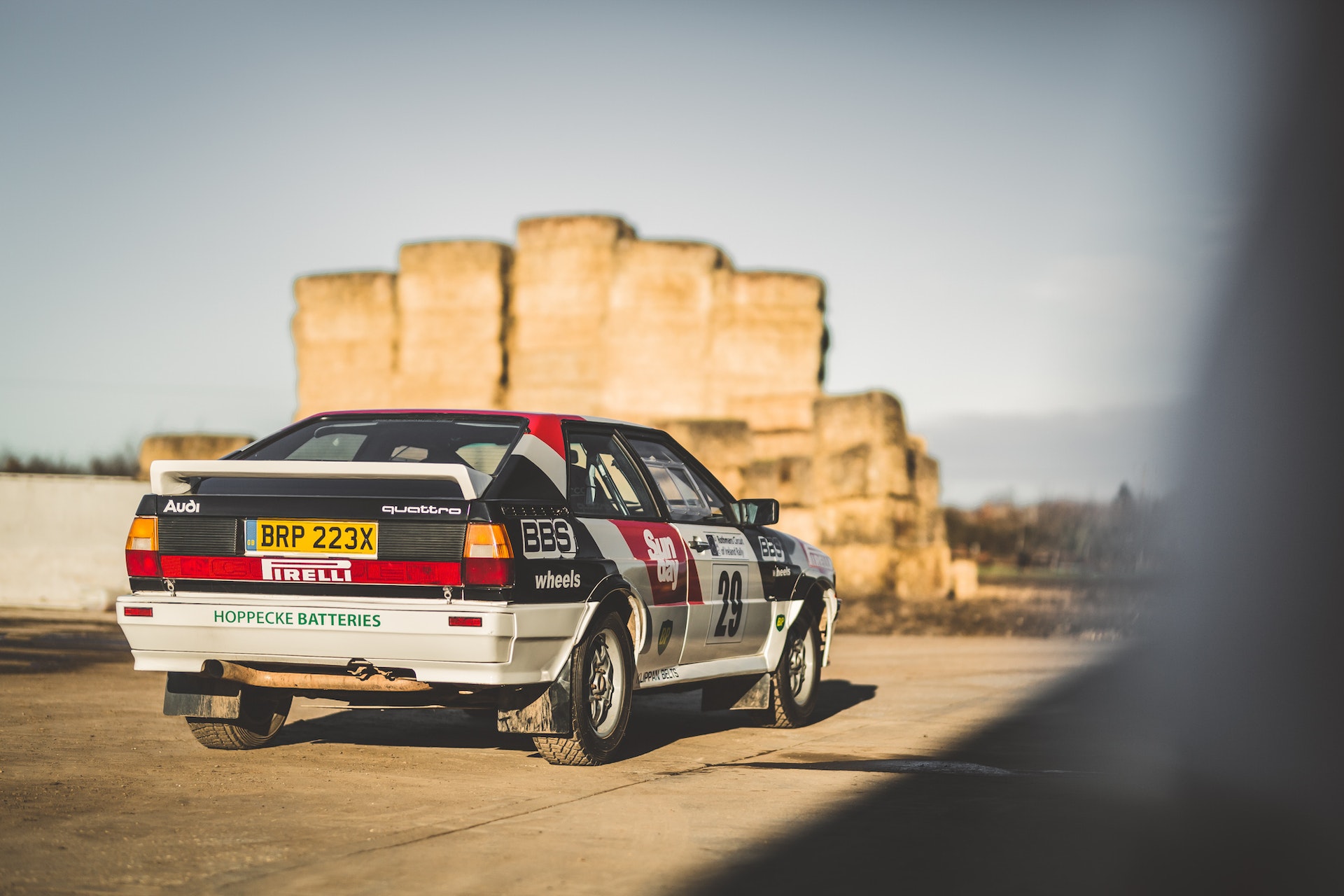 Nichols noted in the article: “Despite the tightness of the bends and road’s bumpiness the Quattro swiftly demonstrated the point that makes it so attractive as a rally car: its ability to put power onto the road.” 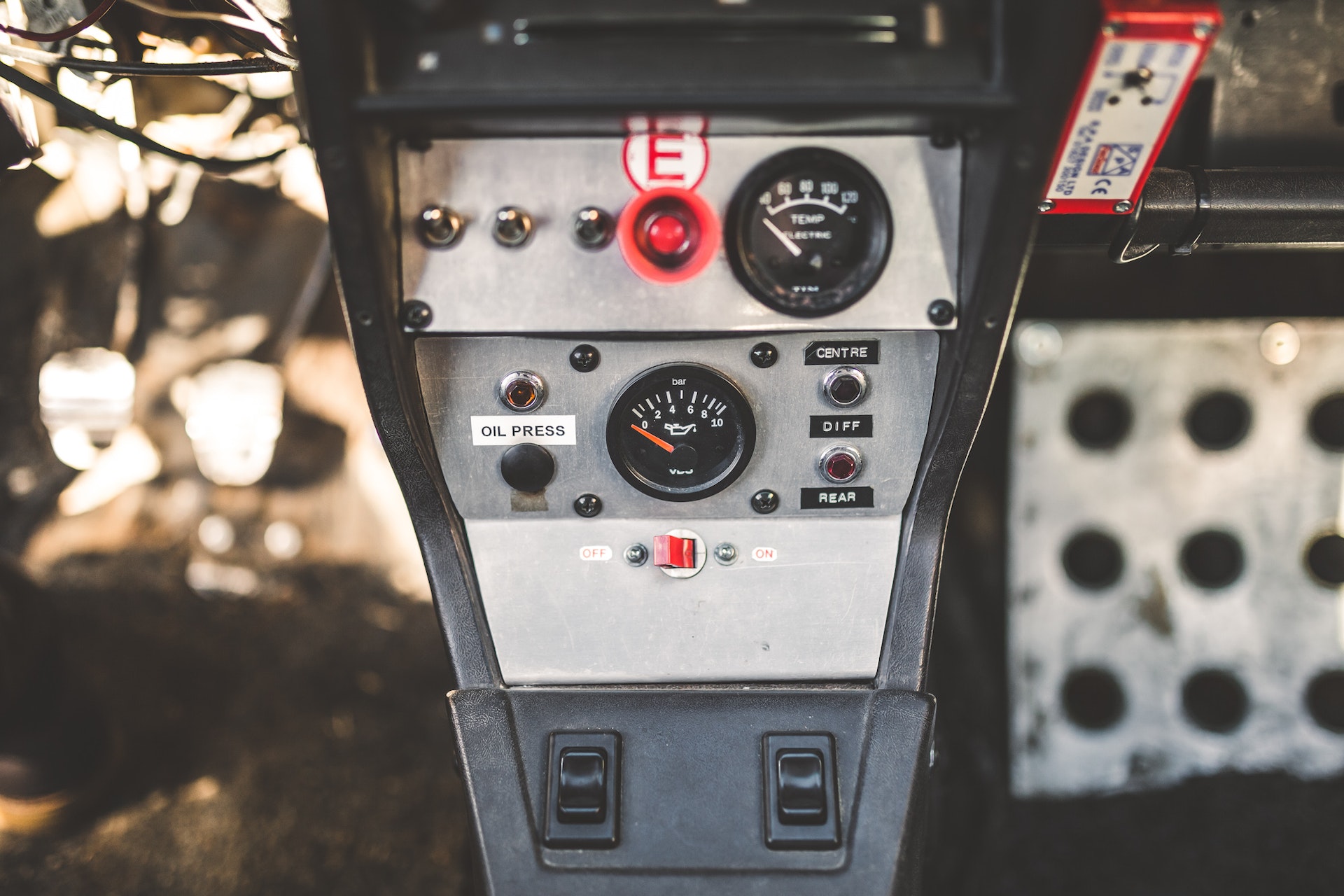 Preparation of the official Audi Sport UK Rally Quattro cars was carried out at the workshops of David Sutton Motorsport on Colville Road in West London. It was this very facility to which ‘BRP 223X’ was dispatched in 1982 to undergo a transformation from road to rally specification, being worked on alongside genuine ‘Works’ team cars. 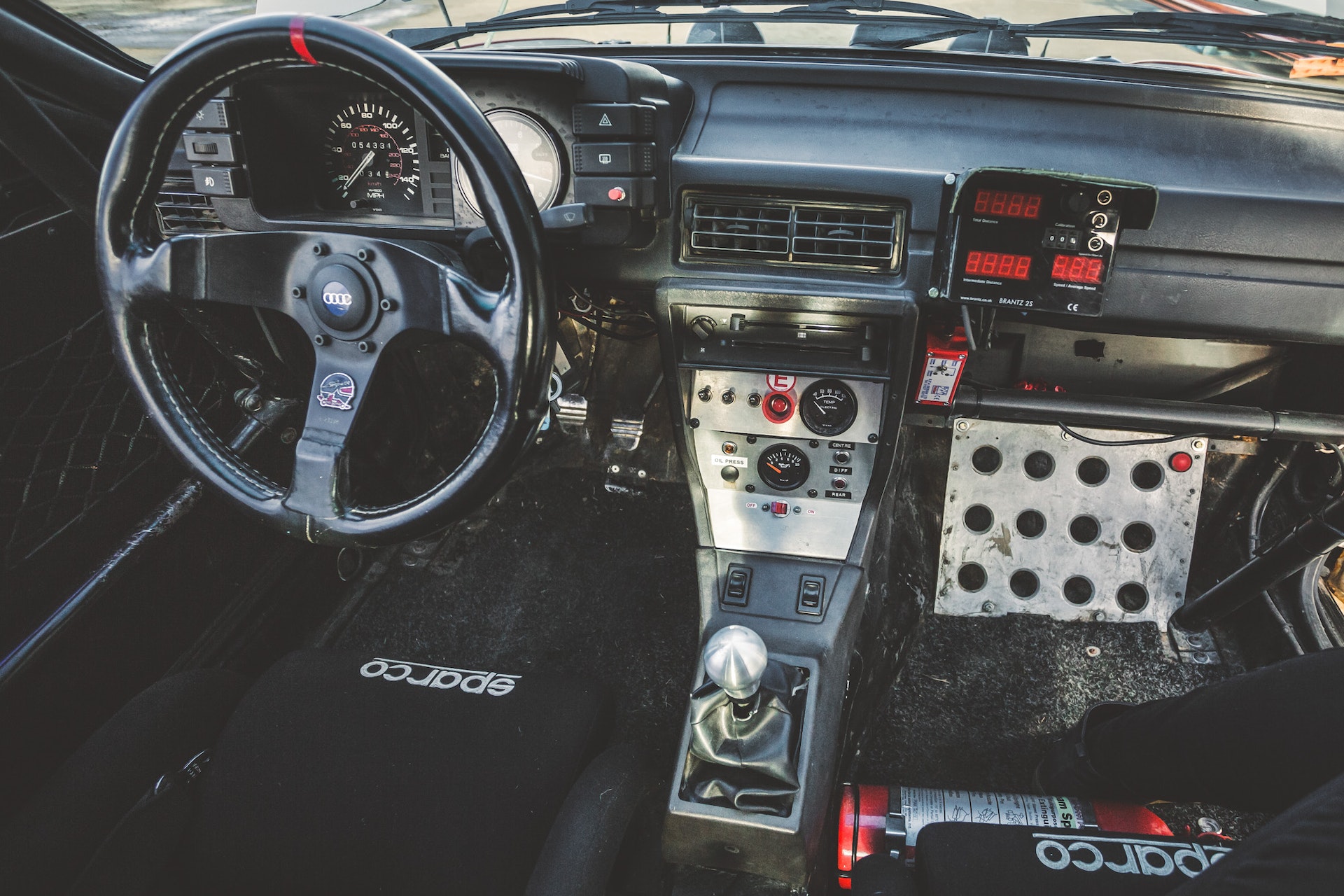 The purpose of its conversion was to produce a reliable car for practice sessions and reconnaissance, but it would later go on to race. The build is understood to have included a Terry Hoyle engine, a fully-instrumented rally interior, and a Safety Devices roll cage. 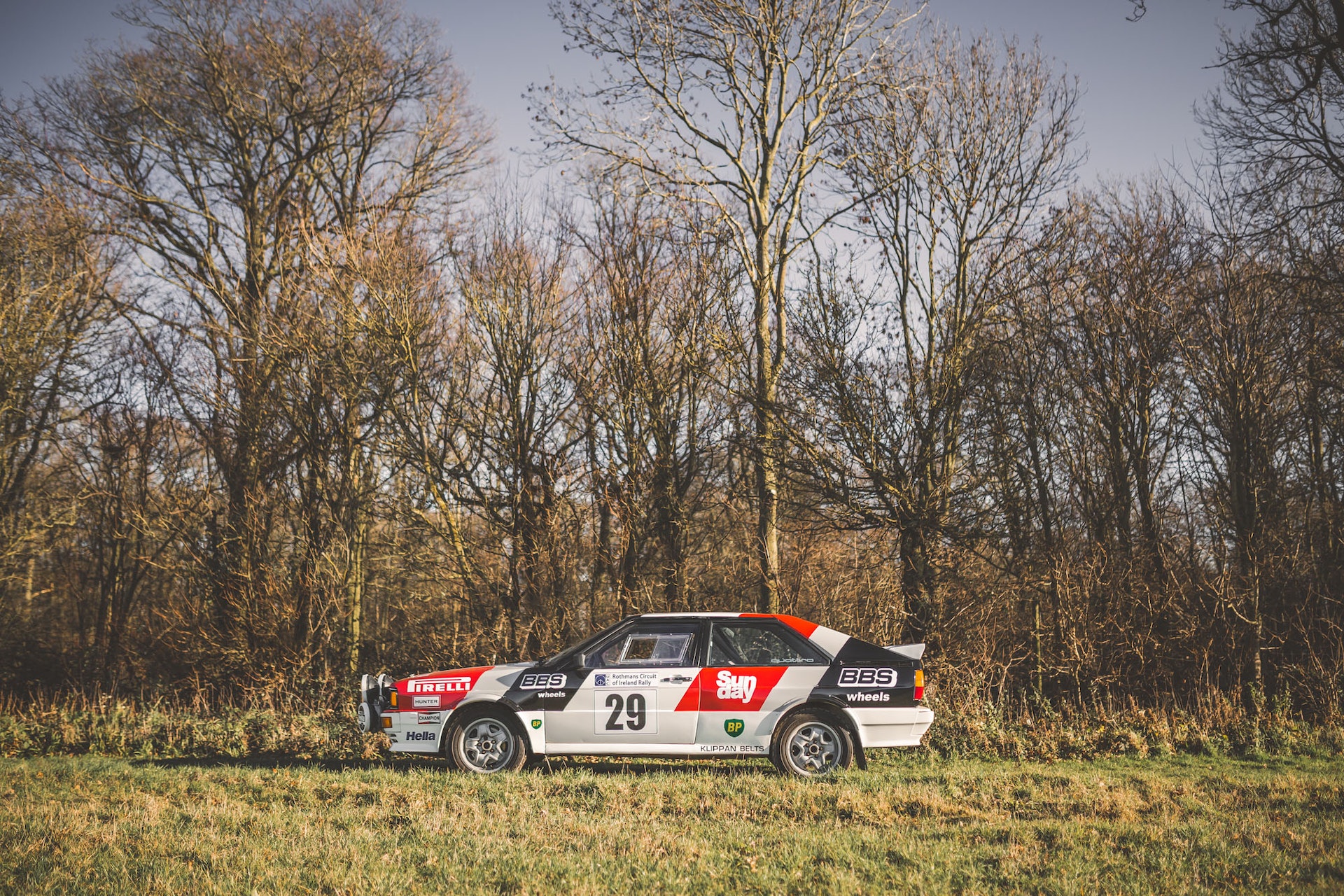 Following completion, the Audi was used by Sutton’s team as a practice car in the Acropolis Rally of Greece for US driver John Buffum — who remains the only American to win a European Rally Championship event. It was also used in preparation for the Manx Rally by Finnish legend Hannu Mikkola, who went on to win the 1983 WRC title in the factory Quattro team cars when he was 41 years old — and still holds the record as the WRC's oldest Drivers’ Champion. 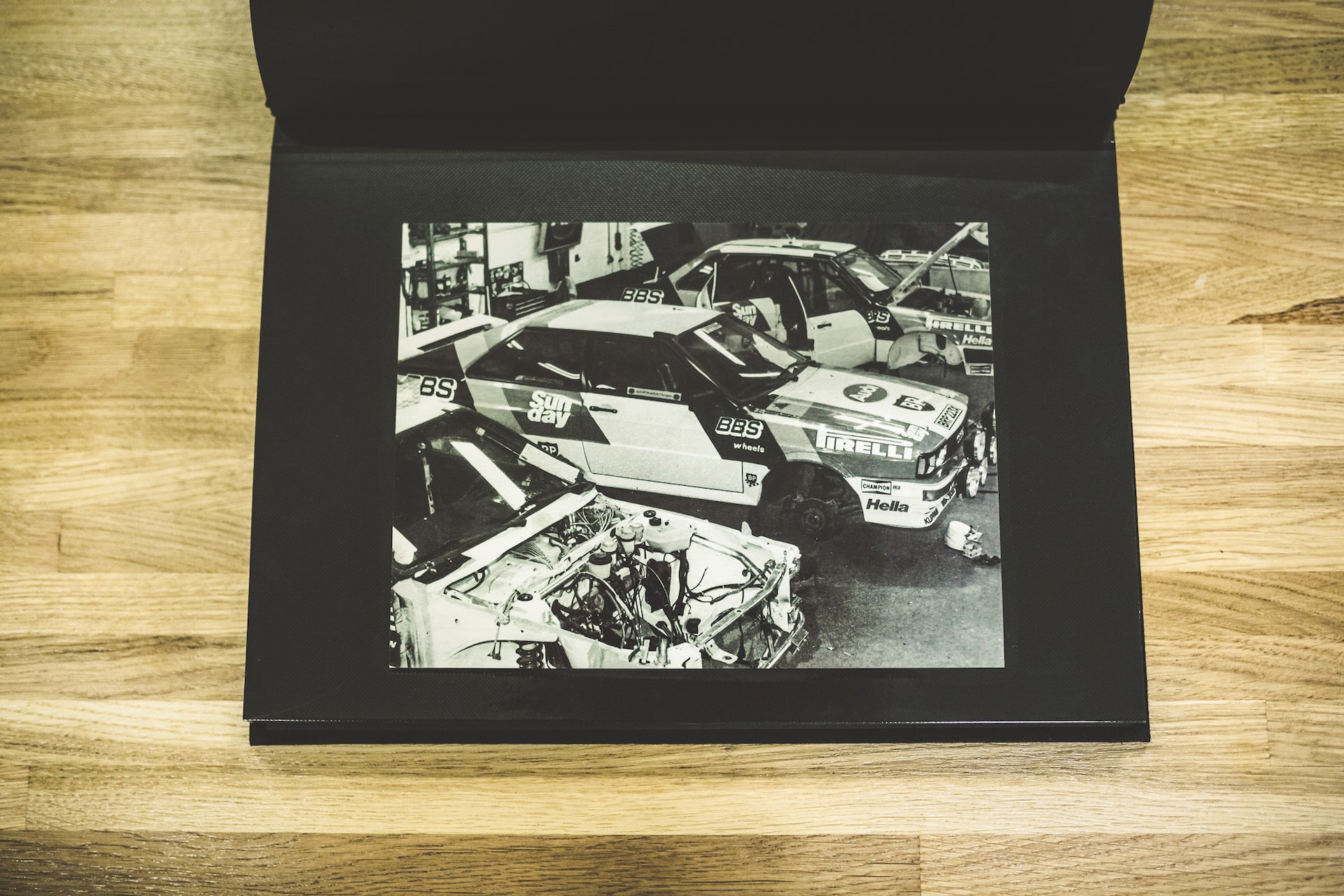 In 1983, the Quattro was promoted from practice car to competition car. It was campaigned in the Rothmans Circuit of Ireland Rally, driven by multiple Ulster Rally Champion Robert McBurney. Numerous period photos show 'BRP 223X' attacking various stages around the Emerald Isle. 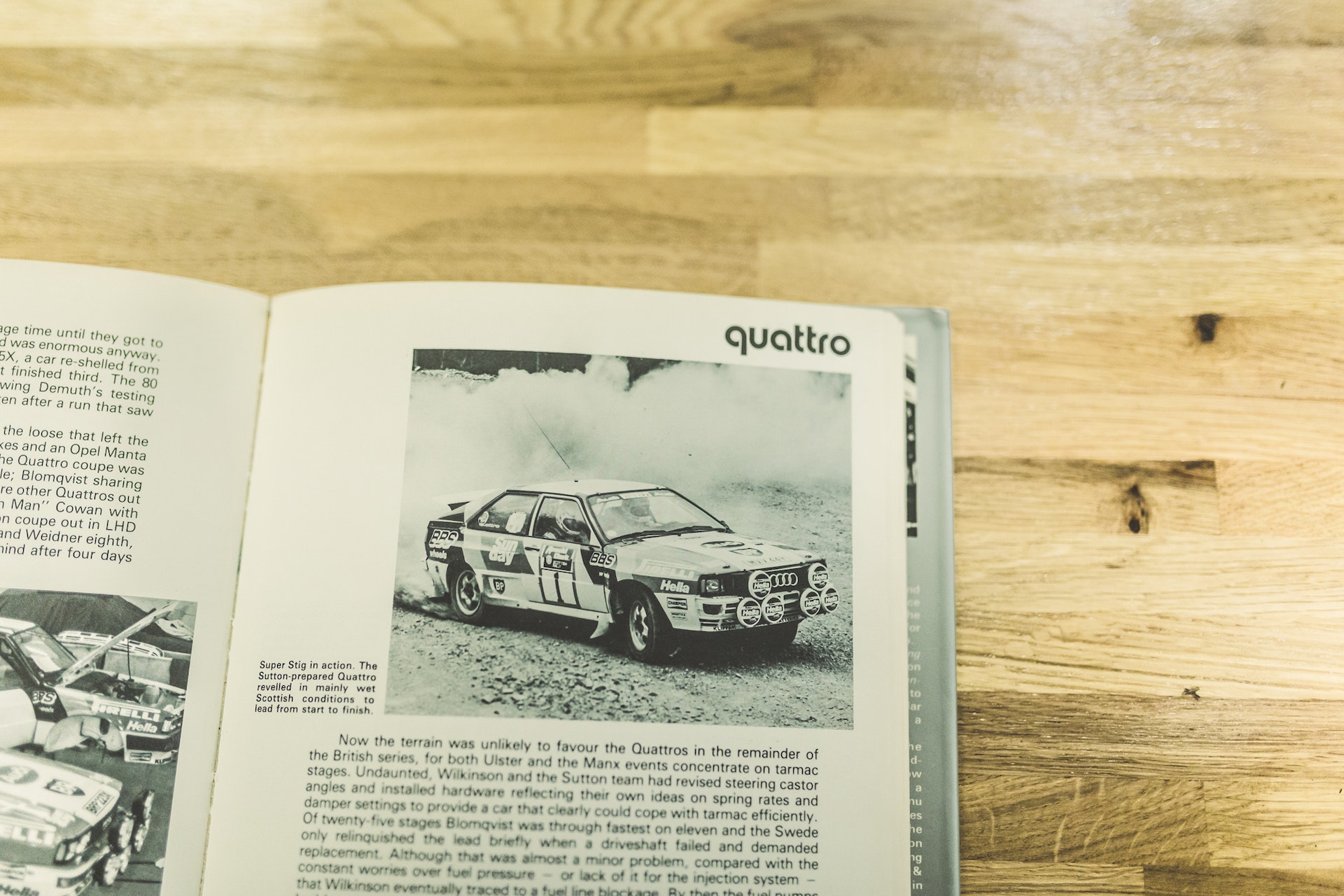 Around two years later, David Sutton sold the Quattro to the Portuguese privateer José Vieira Barros. He raced it in international events, including the Rali Vinho da Madeira in 1985 (car #28) and 1987 (car #36). 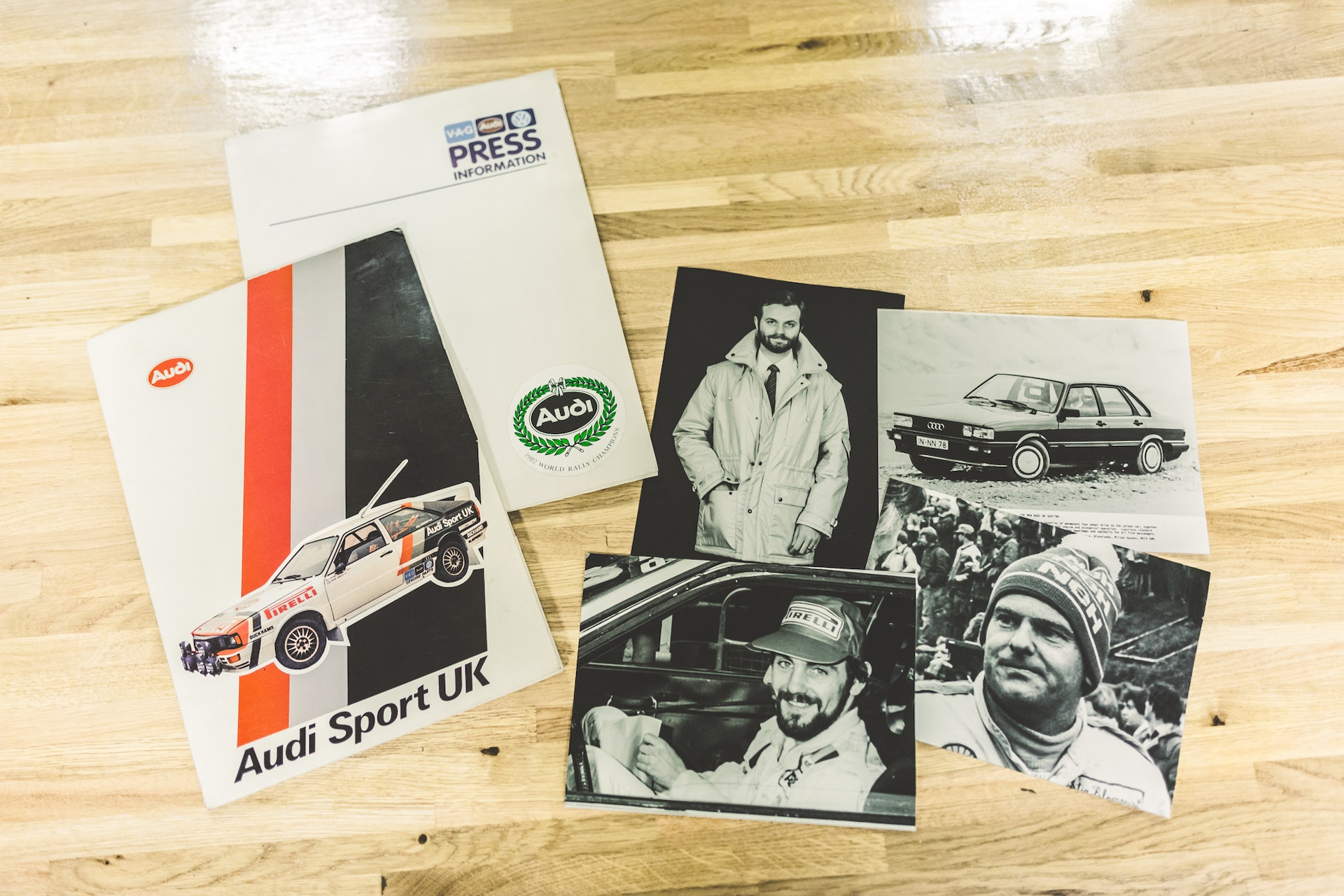 Barros’ business interests in the UK led to the car returning there in the early 1990s, where it was sold to the founder of the Historic Racing Drivers Club, Julius Thurgood. It was then sent to the West Yorkshire workshop of former WRC team mechanic, Colin Parkinson, for engine-out restoration works. It was also fully repainted at this point, which revealed that the Quattro retained its original shell. 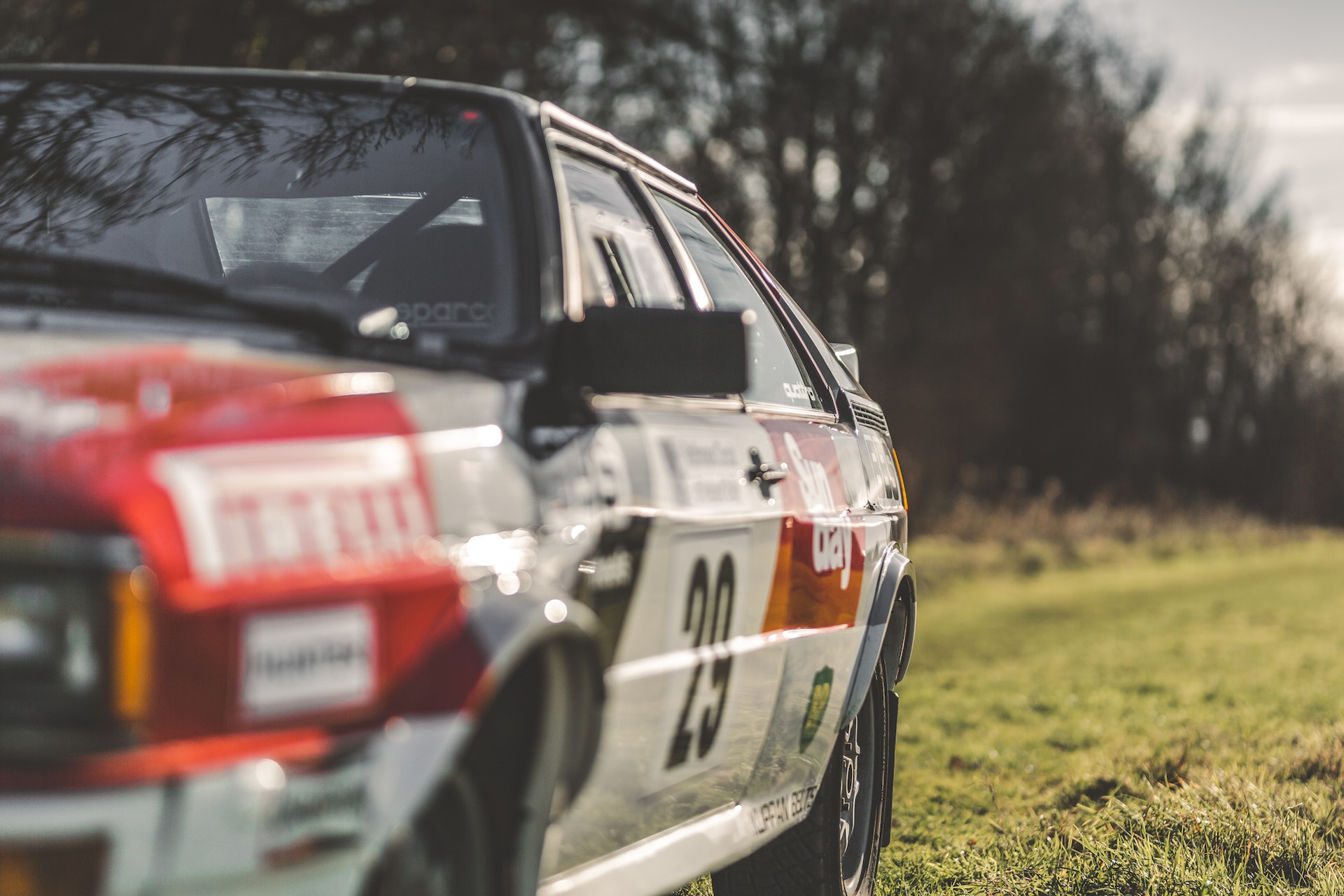 After the restoration, the car was sold, and later became part of a private collection of rally cars in Northern Ireland. The car's current powertrain is a turbocharged 2.1-litre inline-five-cylinder unit, understood to have been originally built and tuned by renowned Audi motorsport engine specialist Lehmann Motoren-Technik AG in Liechtenstein. 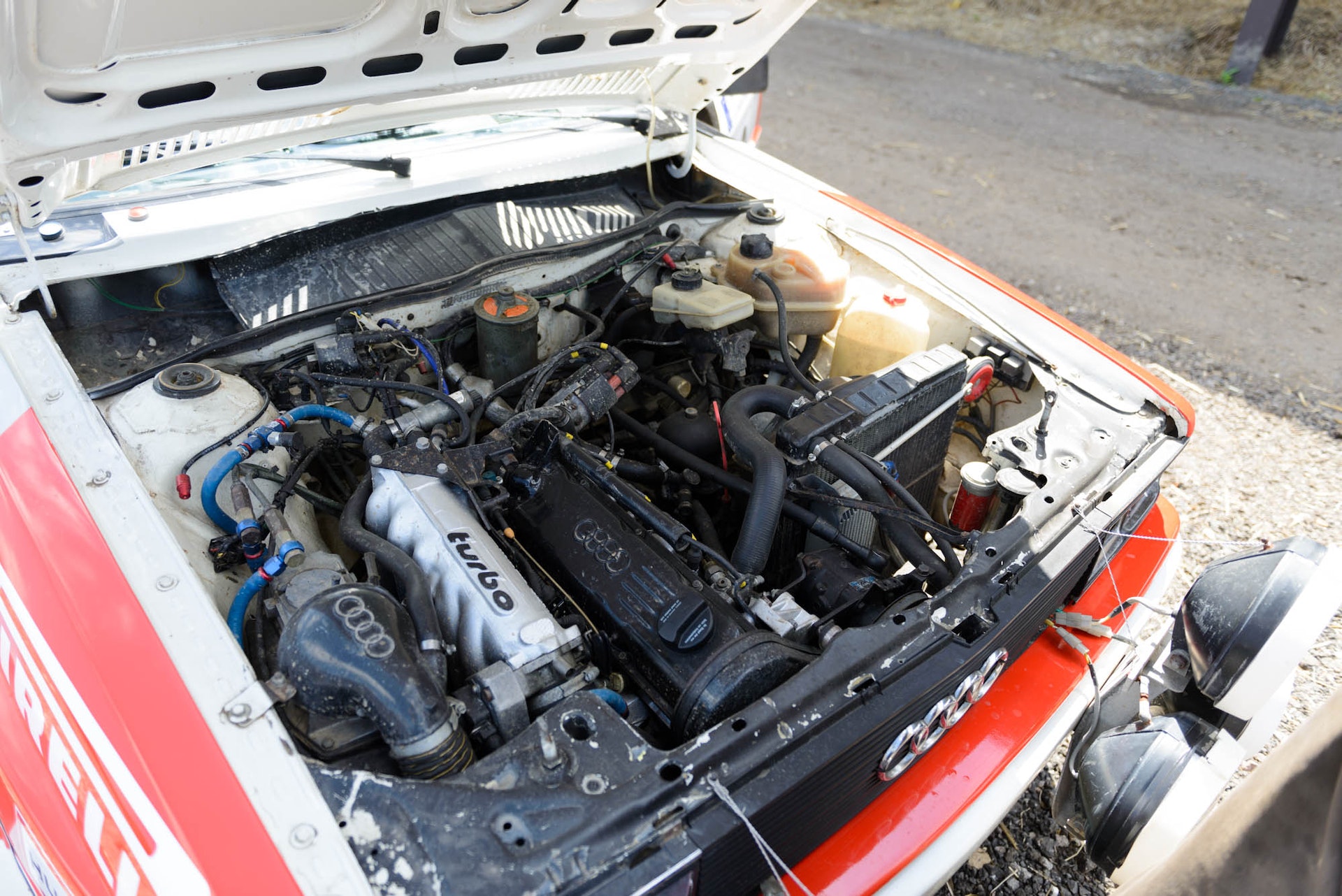 In 2009, the engine was subject of a rebuild at Dialynx Performance, which is regarded as the UK's leading Audi/VAG specialist powertrain tuner. Around the same time, the car was taken to Francis Tuthill’s workshop for a partial restoration and thorough recommissioning, ahead of entries in the Trackrod and Manx Historic Rally events, and demonstrations at the British Rally Show in 2010 and 2011. 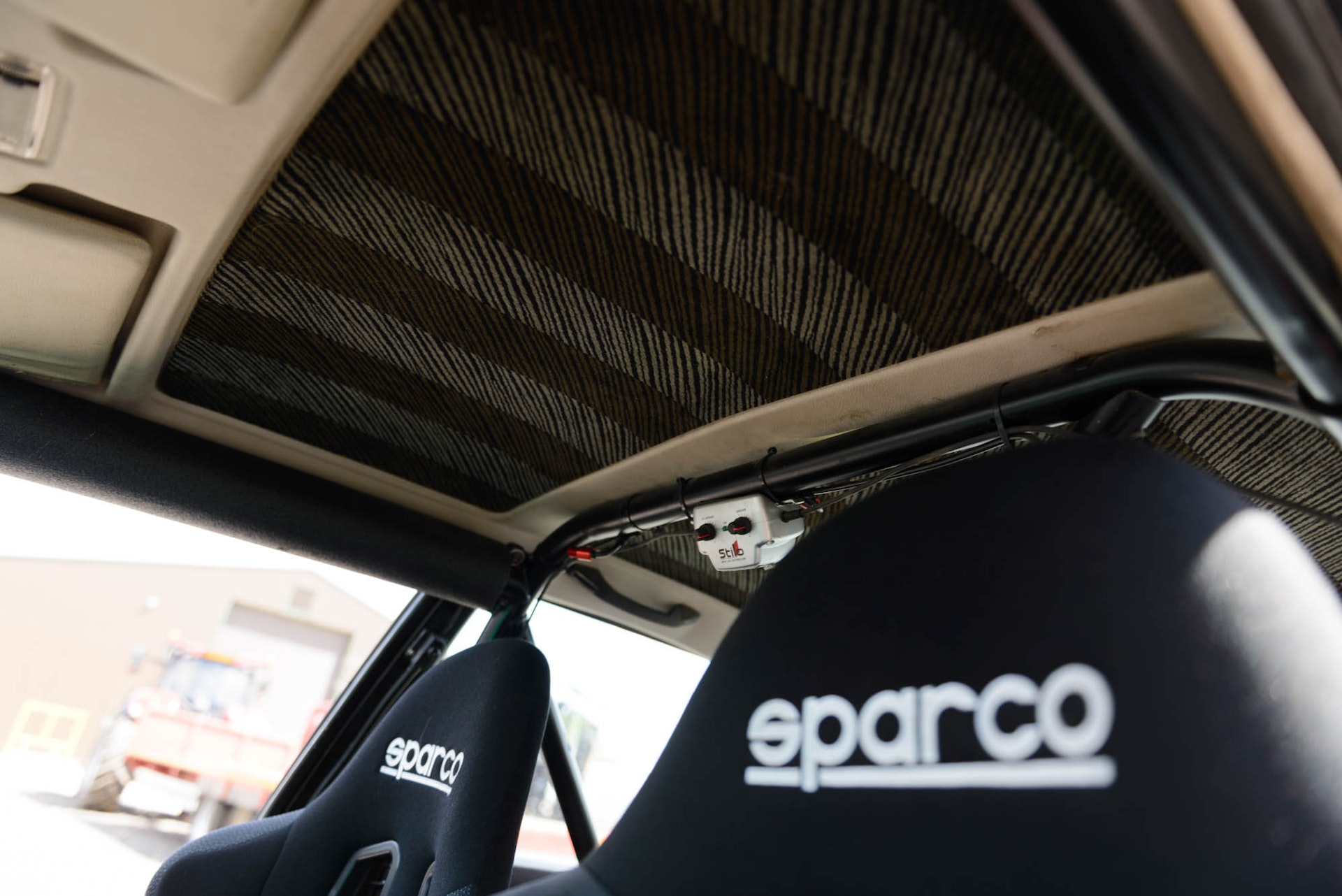 Today, the car is still registered as 'BRP 223X', and the number plates are not just for show. Between 2009 and 2016 it was put through several MOT tests and enjoyed on the road in the UK. More recently, the car was invited to be displayed and demonstrated at Cholmondeley Castle RallyFest as part of the 2016 WRC Wales Rally GB. 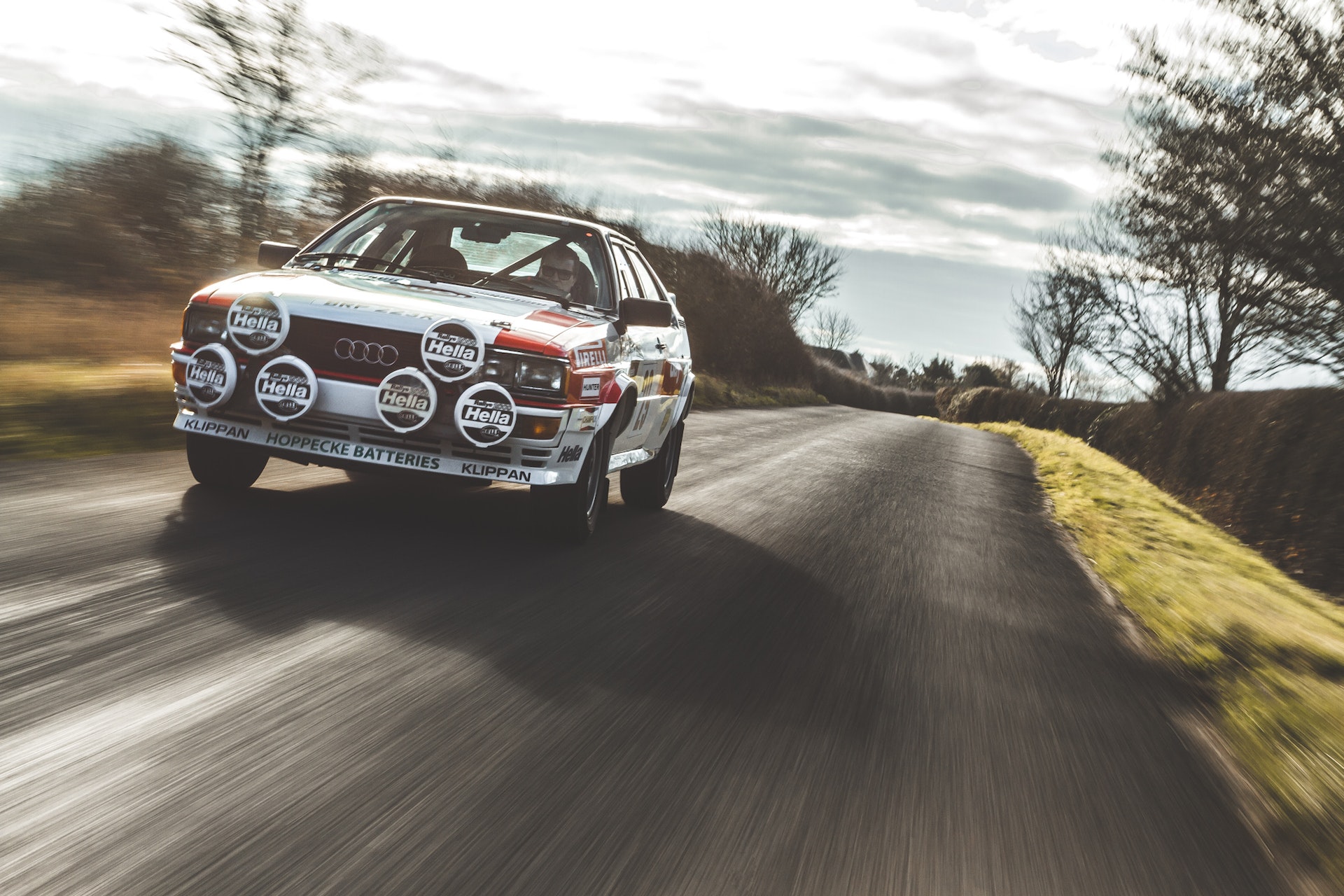 In the last three years, the car has undergone a programme of work to return it to the same specification and livery as when it competed in the 1983 Rothmans Circuit of Ireland Rally. A newer set of harnesses and Sparco rally seats, along with a Brantz Rallymeter, are more recent additions. In 2017, the engine was shipped back to Dialynx for a refresh, and the car was given a comprehensive service. It is now producing around 300bhp. 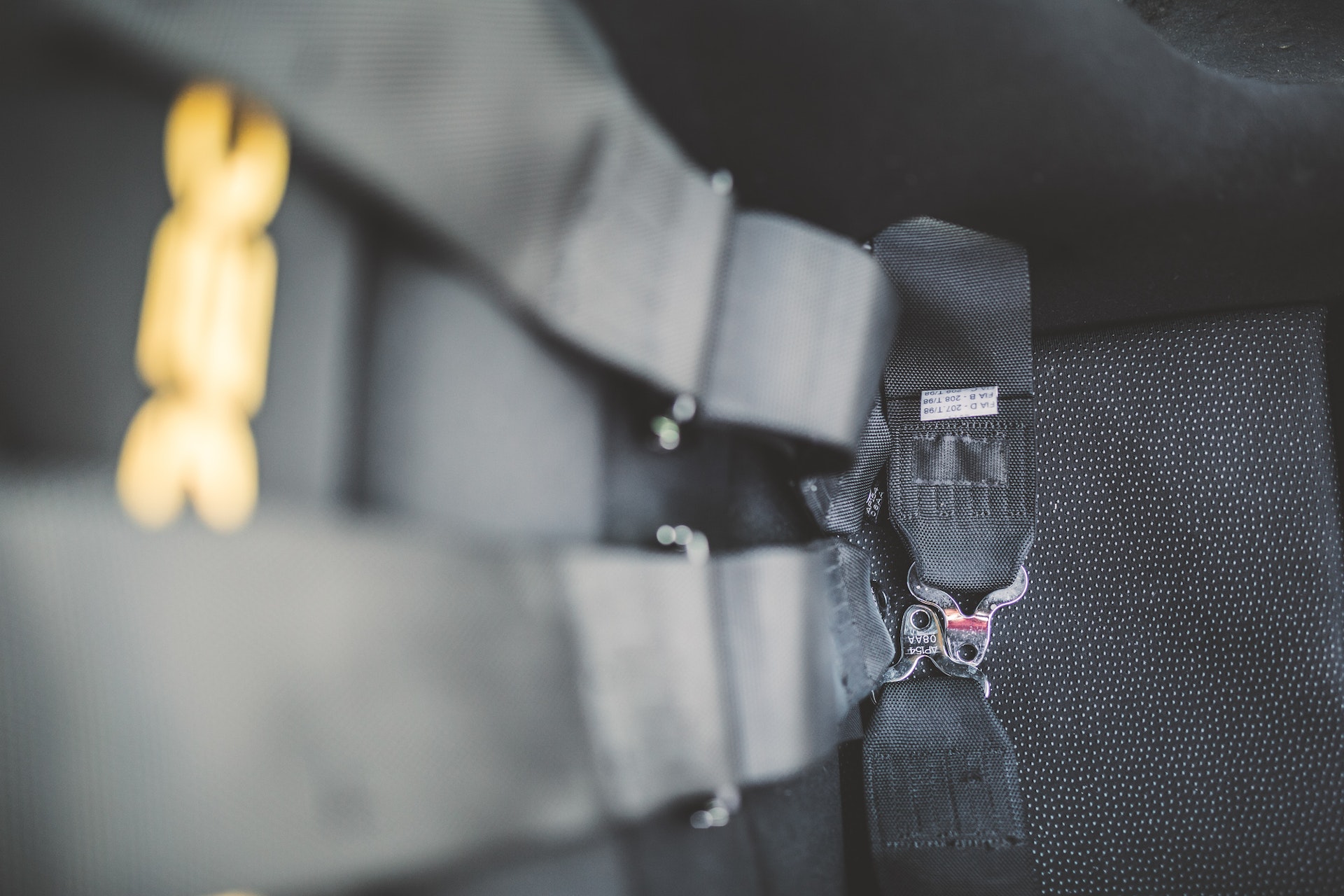 Accompanying the car is a detailed history file, records from the recent servicing, a UK V5C registration document, and its MSA Competition Car Log Book. It is fitted with a straight-through exhaust and the correct headlamps and spotlights. A silenced exhaust and turbocharger restrictor to meet MSA regulations are included in the sale. The original David Sutton Rallye Sport Centre sticker is also still in the rear window. 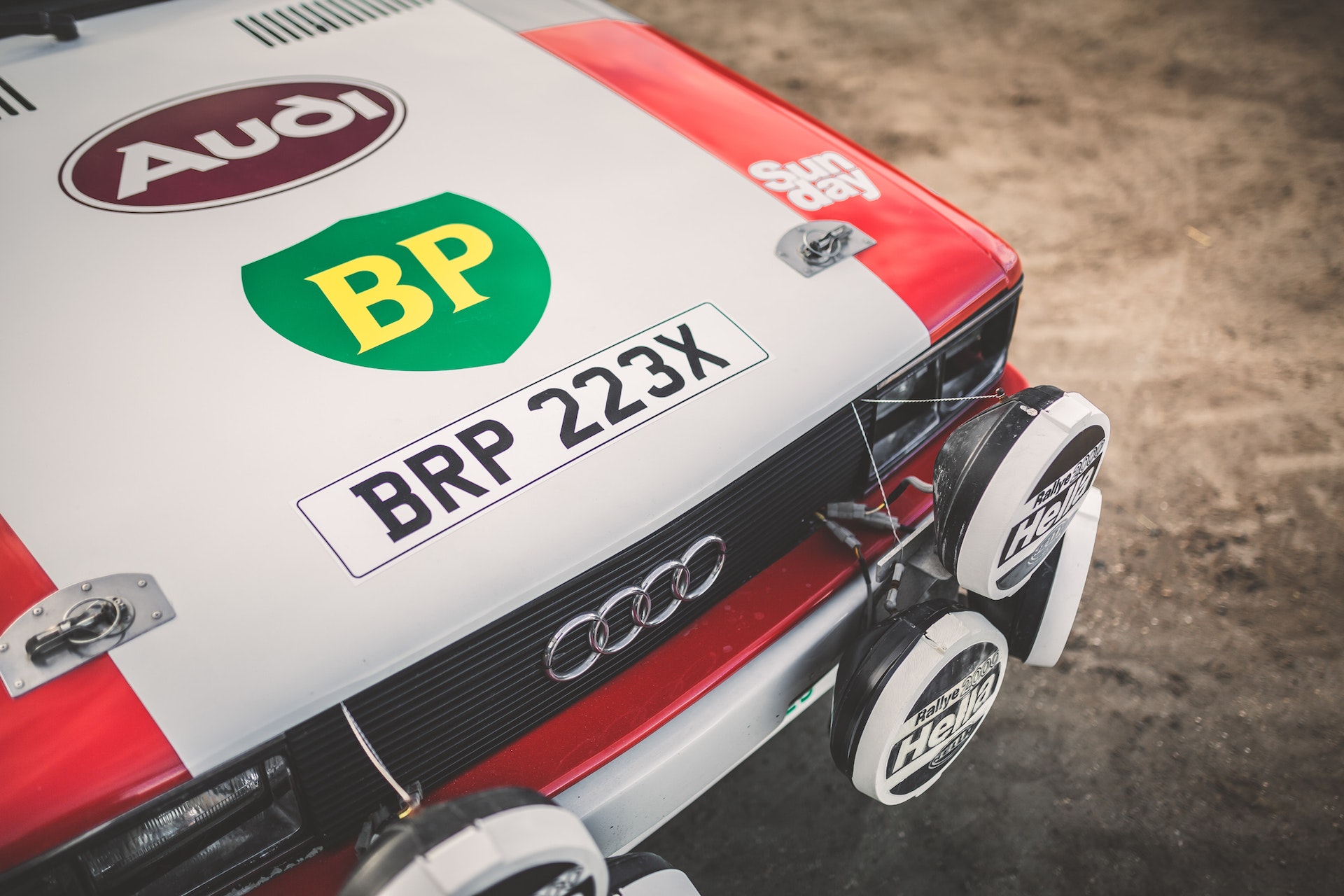 Beyond the factory team cars, there are few Quattros as well documented as 'BRP 223X'. It is featured in 'Audi Quattro' by Graham Robson, the DVD of 'The World's Greatest Rally Cars' presented by Tony Mason, and Jeremy Walton's book, 'Audi Quattro: the Development and Competition History'. It was also featured by Classic Cars magazine in June 2017 and in a short film by Petroleum & Co., showcased below. 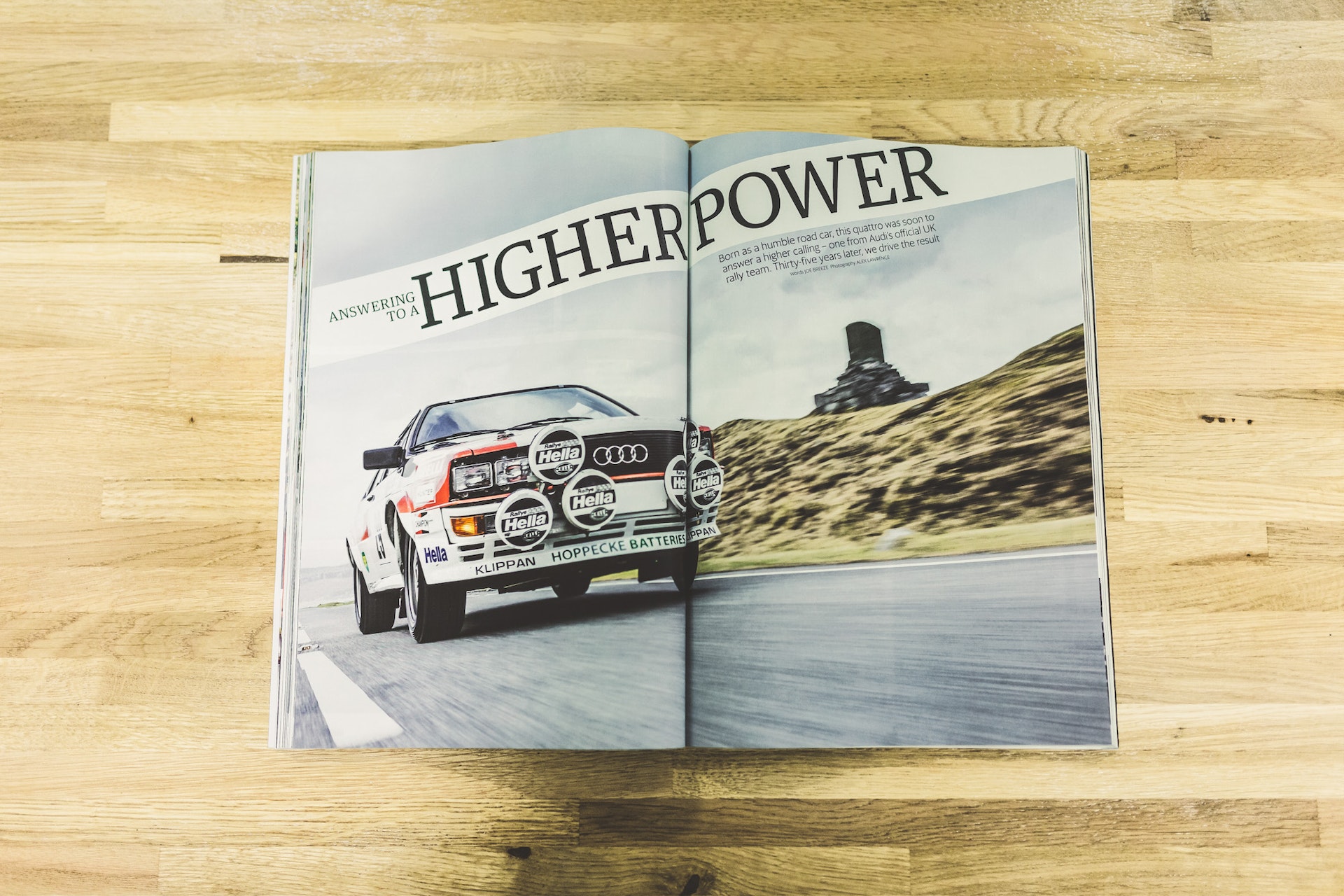 Having spent its first year on the road as a well-documented press car before the rally-spec conversion, this particular Quattro boasts an unusual and fascinating history. It helped boost publicity for Audi’s new model, helped rally champions prepare for critical race days, and ultimately saw competition of its own between 1983 and 1987. The car is ready to return to historic rally duties, or could even be sent for a fresh MOT and driven on the road once again. 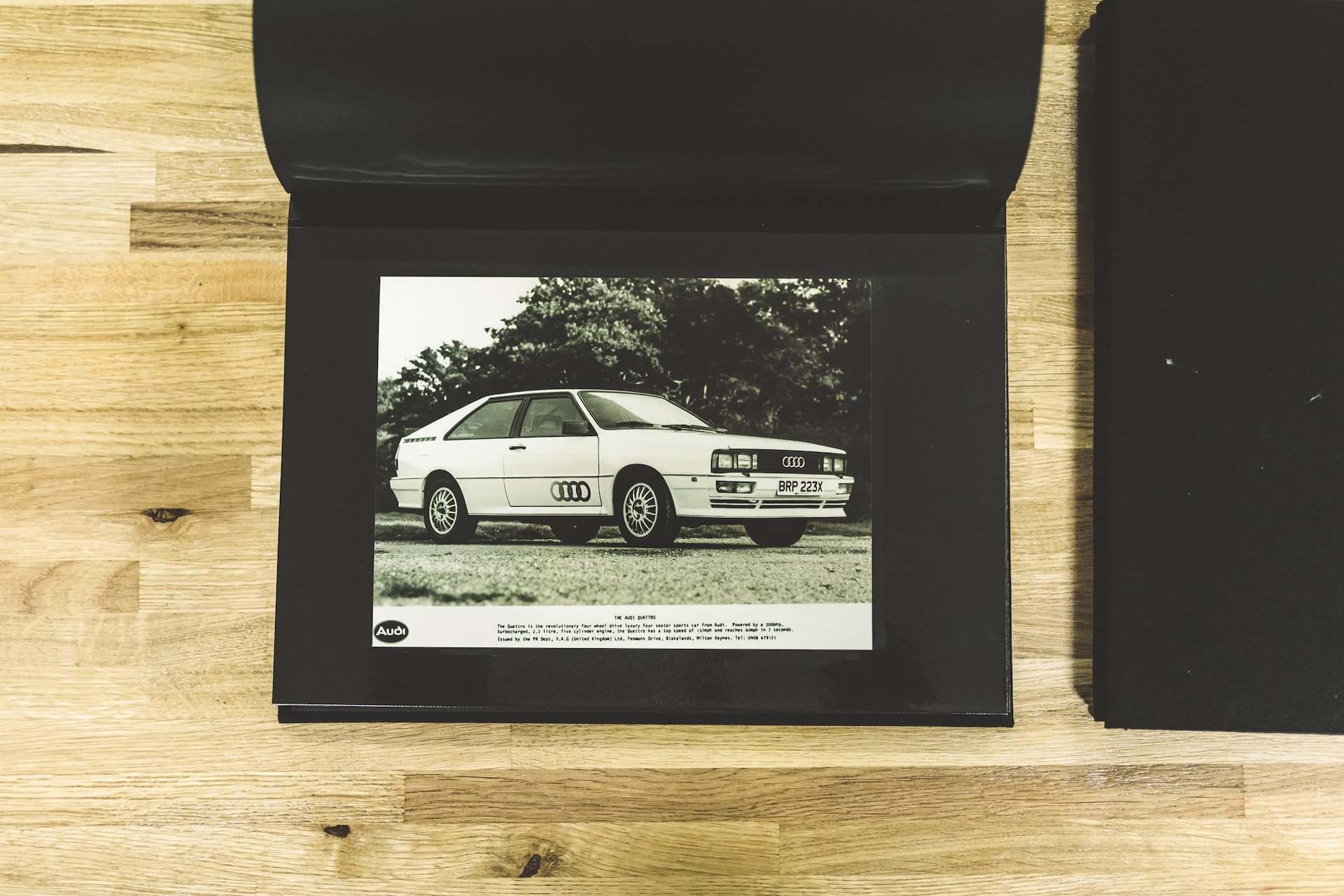 This Quattro is an unapologetic compromise between exciting road car and historic rally competitor. While ‘Works’ cars now fetch significant six-figure sums, this vehicle was a noted part of the support team behind Audi Sport’s tour de force in 1980s rallying, and is available at a fraction of the cost.