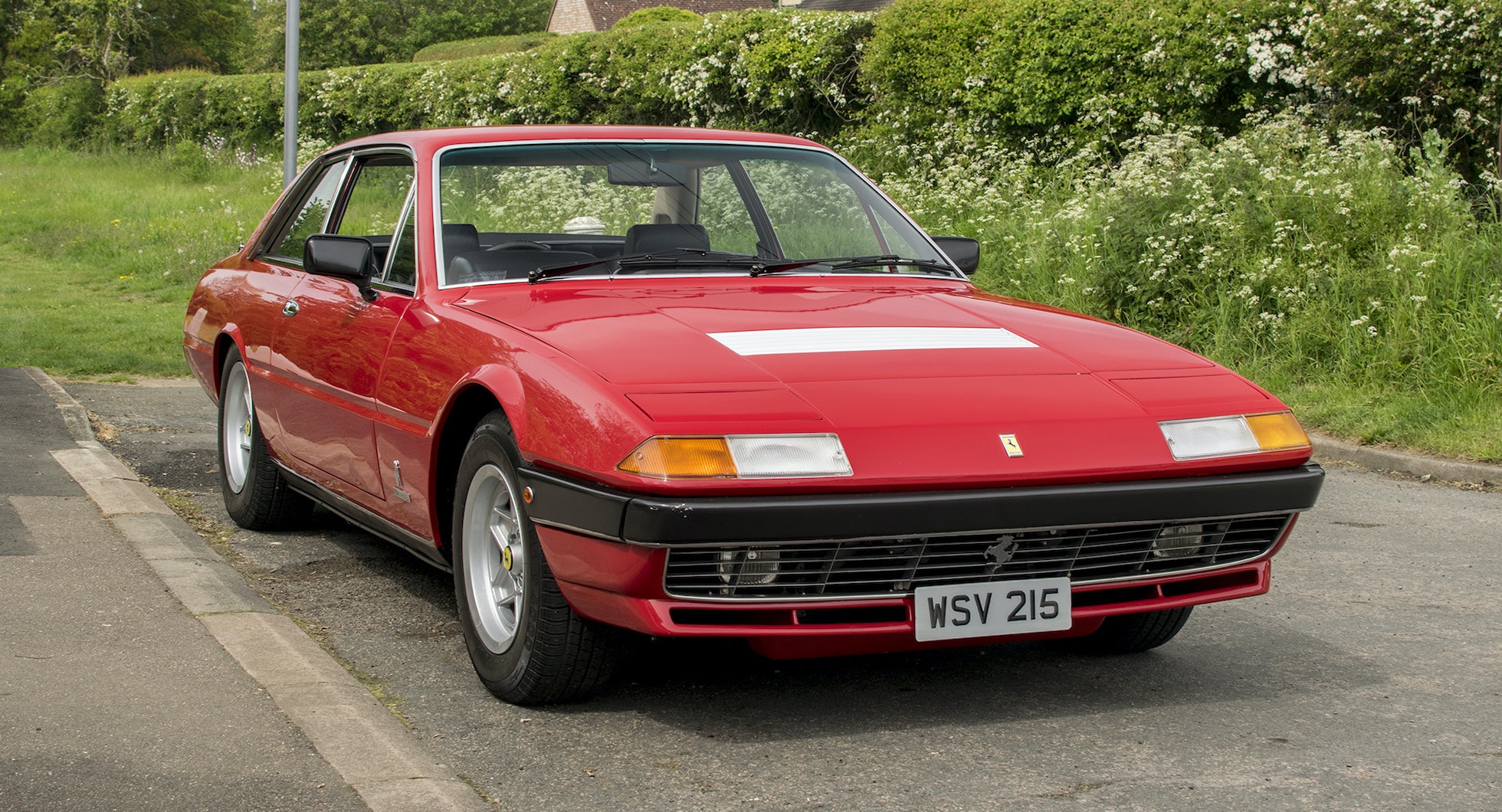 This 1977 Ferrari 400 Automatic is a sophisticated Italian grand tourer, which is being offered to a new owner for the first time in 22 years. Its 4.8-litre V12 starts and runs smoothly, driven through the three-speed automatic transmission that you would also find in Jaguars, Rolls-Royces and Bentleys of the same era. Both engine and gearbox are in fine fettle, having only 200 miles on them since they were fully rebuilt. Now showing 61,450 miles from new, it is ready to find a new home with an enthusiast who appreciates the style and luxury of these cars. 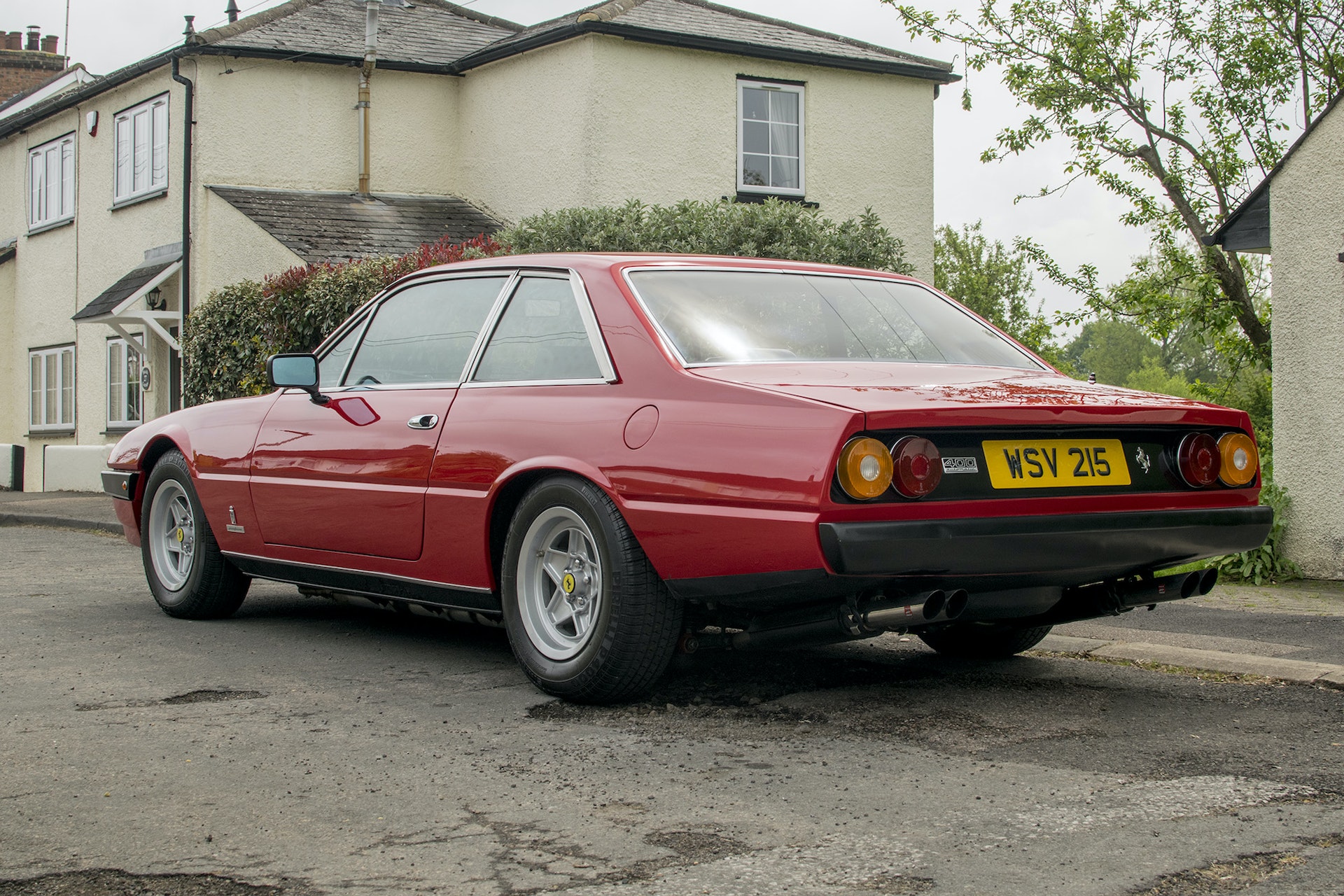 An original UK right-hand drive example, it was imported new by Maranello Concessionaires in July 1977. By the time it was four years old, the car had covered around 11,000 miles. The owner at the time recalls entering it into the Ferrari Owners Club Concours d’Elegance at Honington Hall in 1981. 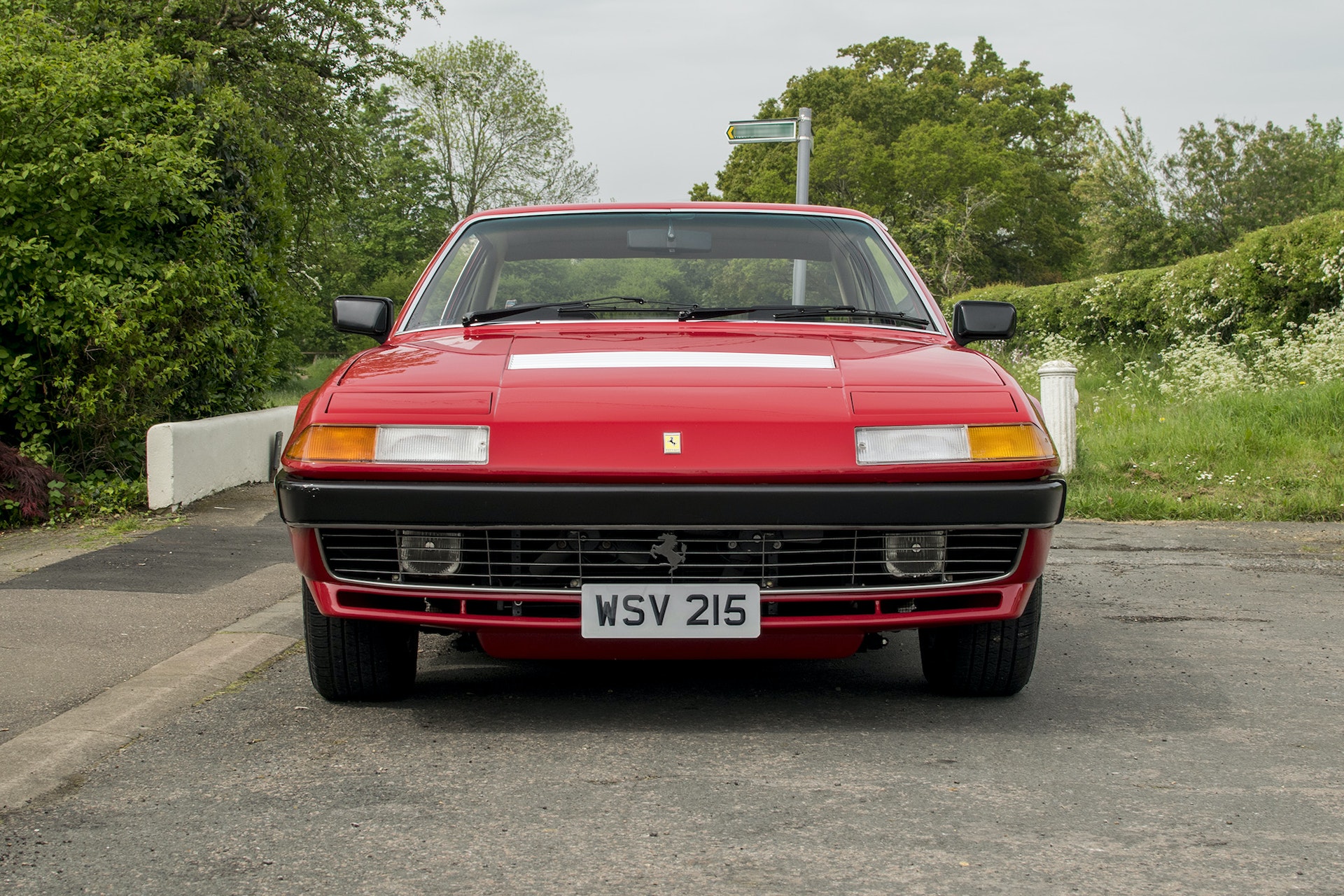 At 10 years old, the mileage stood at around 42,000, having been enjoyed by three more private owners. The car was subsequently sold at auction in 1994 with around 54,000 miles on the clock. The vendor then acquired the car in 1997, and undertook a sympathetic but detailed restoration programme over the next nine years. The car was stripped down in stages, and original items were kept where in fine working order, to maintain as much originality as practicable. 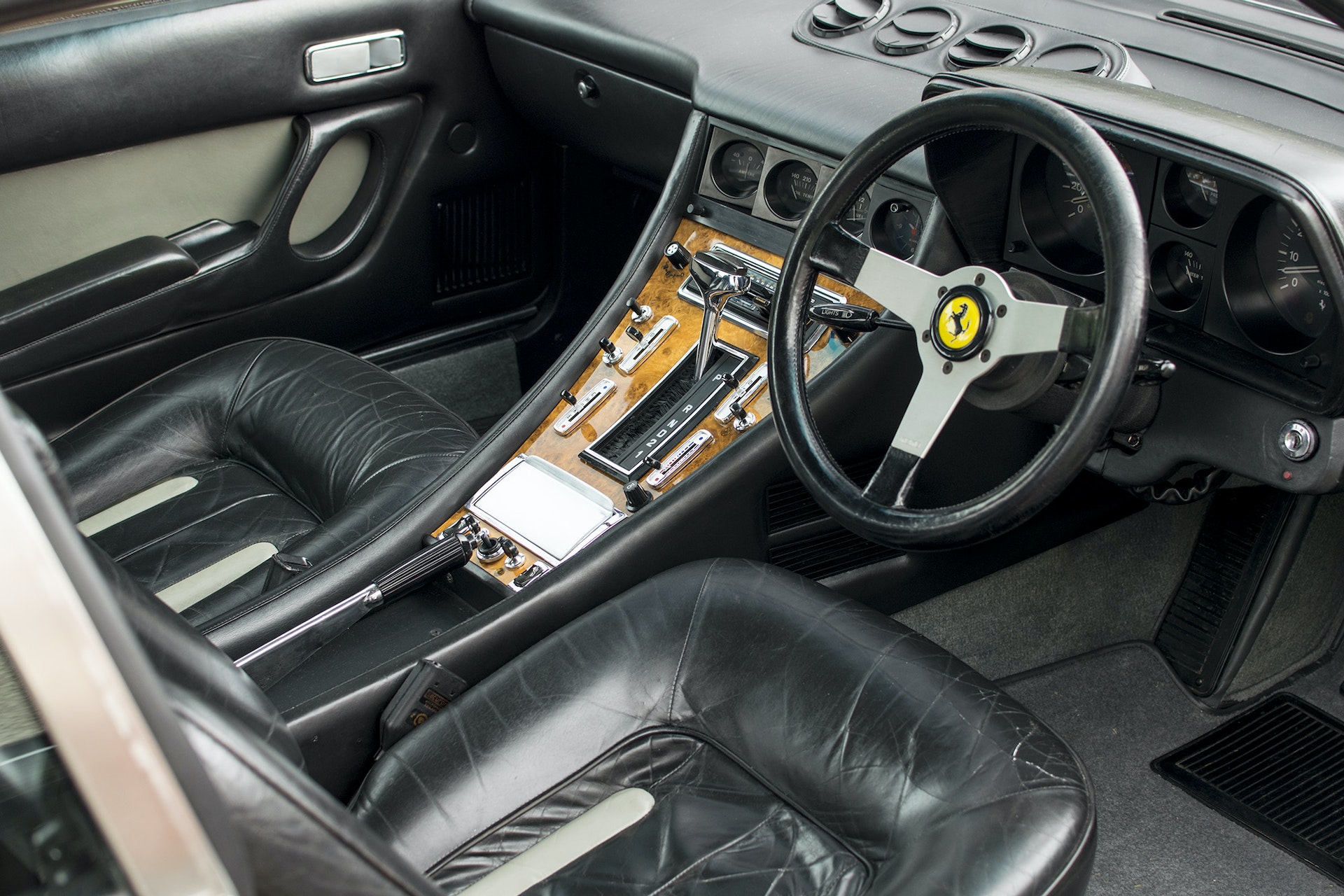 In 2001 the body received a total bare-metal restoration, where the sole objective was to return it to ‘as new’ condition. A full photographic record of this work accompanies the car. There was very little rust and the car appeared highly original. A small repair was carried out to the front windscreen surround, while the rear surround required a new section to be fabricated. The front panel above the bumper was also replaced with a newly-fabricated panel. Finally, the car was refinished with a professional respray in the original Rosso Sir Ivor colour. The chassis and undertrays were completely cleaned and then resealed and treated with Waxoyl. New sealant was also applied to the entire surrounds of both front and rear windscreens. 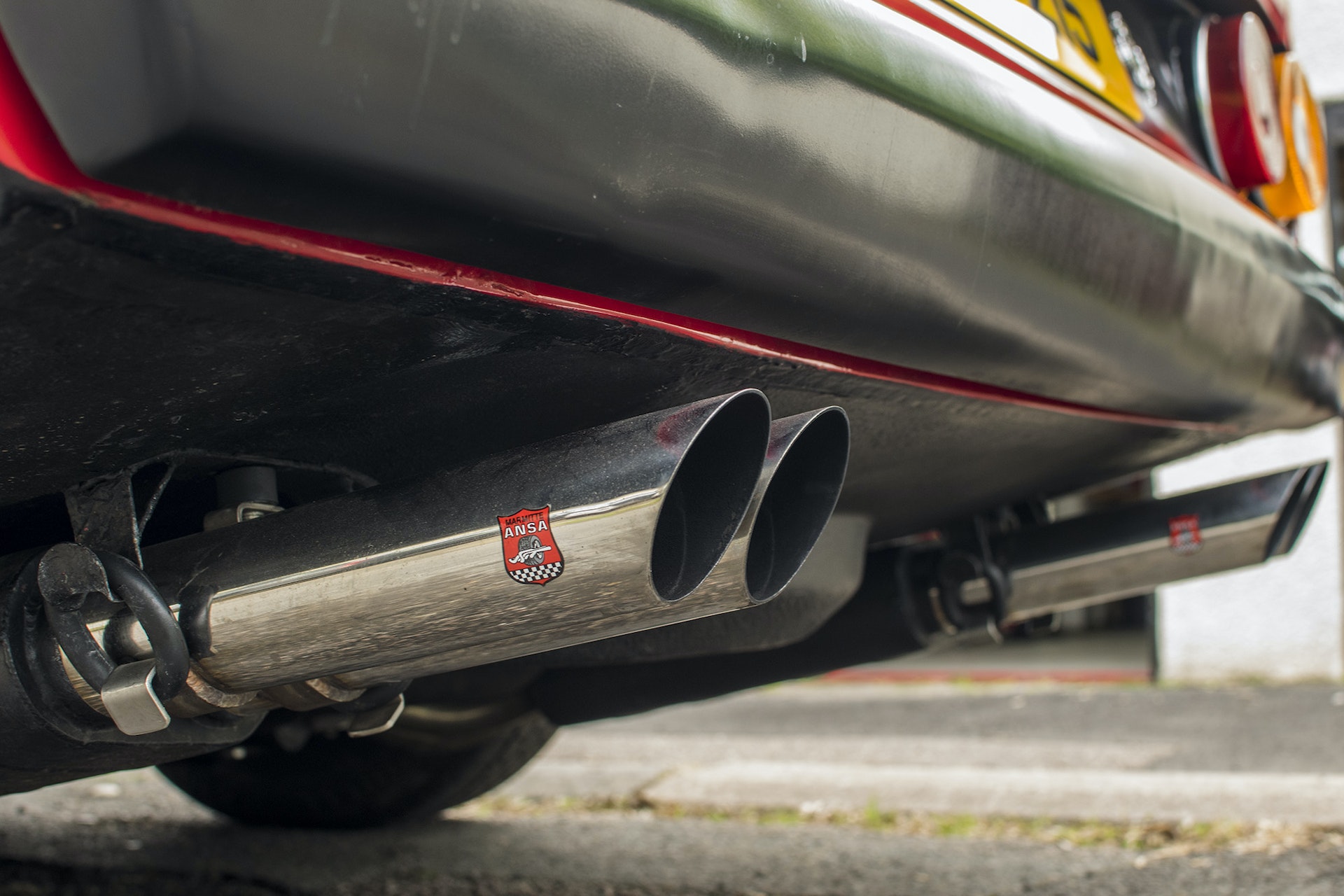 After the body restoration had been completed, re-chroming work was carried out. Some 18 years later, the paintwork is still in excellent condition. The door shuts and rain gutters around the bonnet and boot are in superb order. There are blemishes visible on the passenger-side roof rail and the nose of the car just beneath the Ferrari badge, as well as two chips around the bonnet - all of which are documented in the photo gallery. 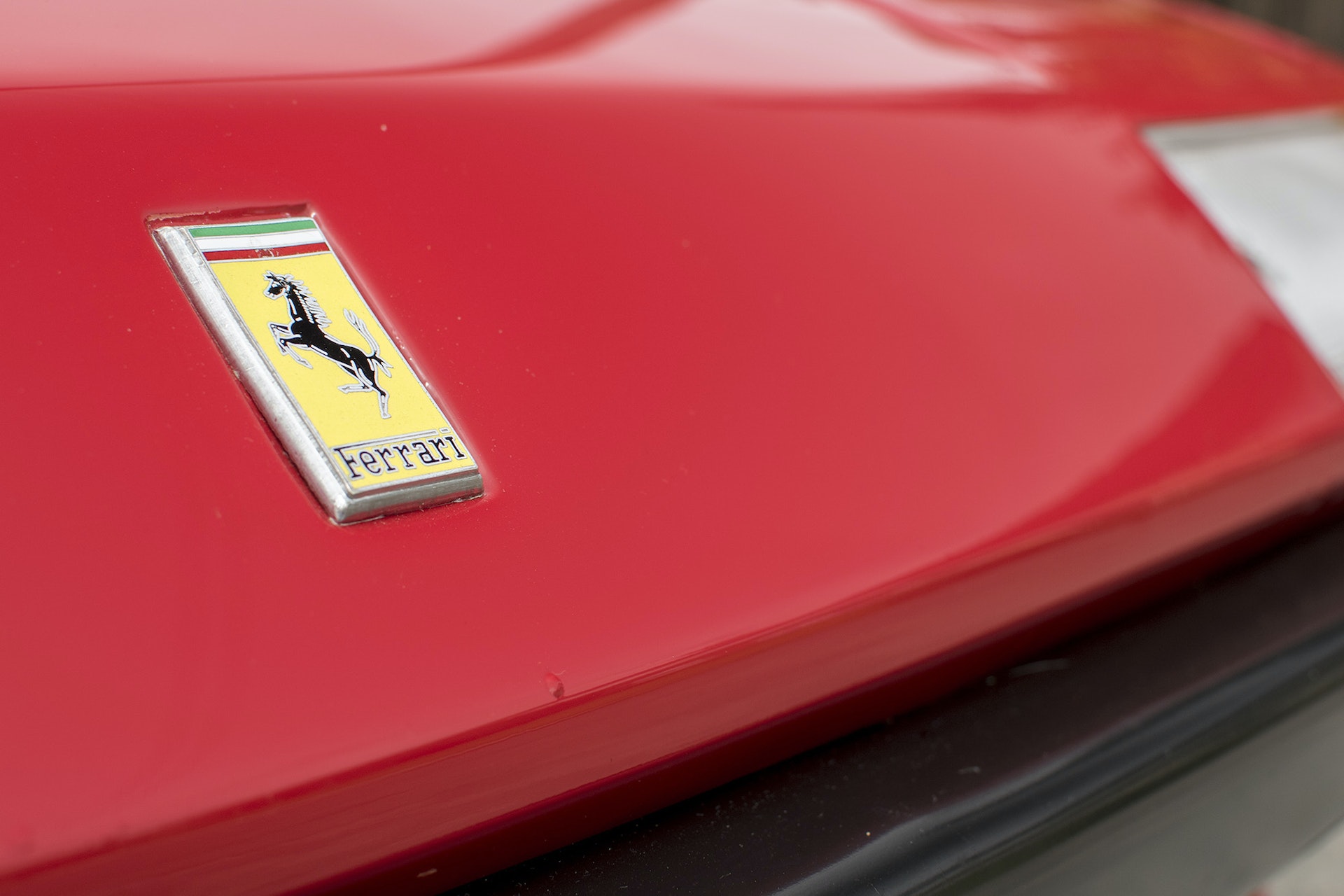 During the restoration, the alloy wheels were totally refurbished. After being disappointed with the first effort, the owner sent them to a specialist in magnesium-alloy castings for another attempt. They were bead-blasted and stripped with chromic acid, treated with zinc chromate and then surface-sealed the finish with an epoxy coat. Finally, they were resprayed in the correct Glasurit Silver 101 colour, and remain in outstanding condition today. 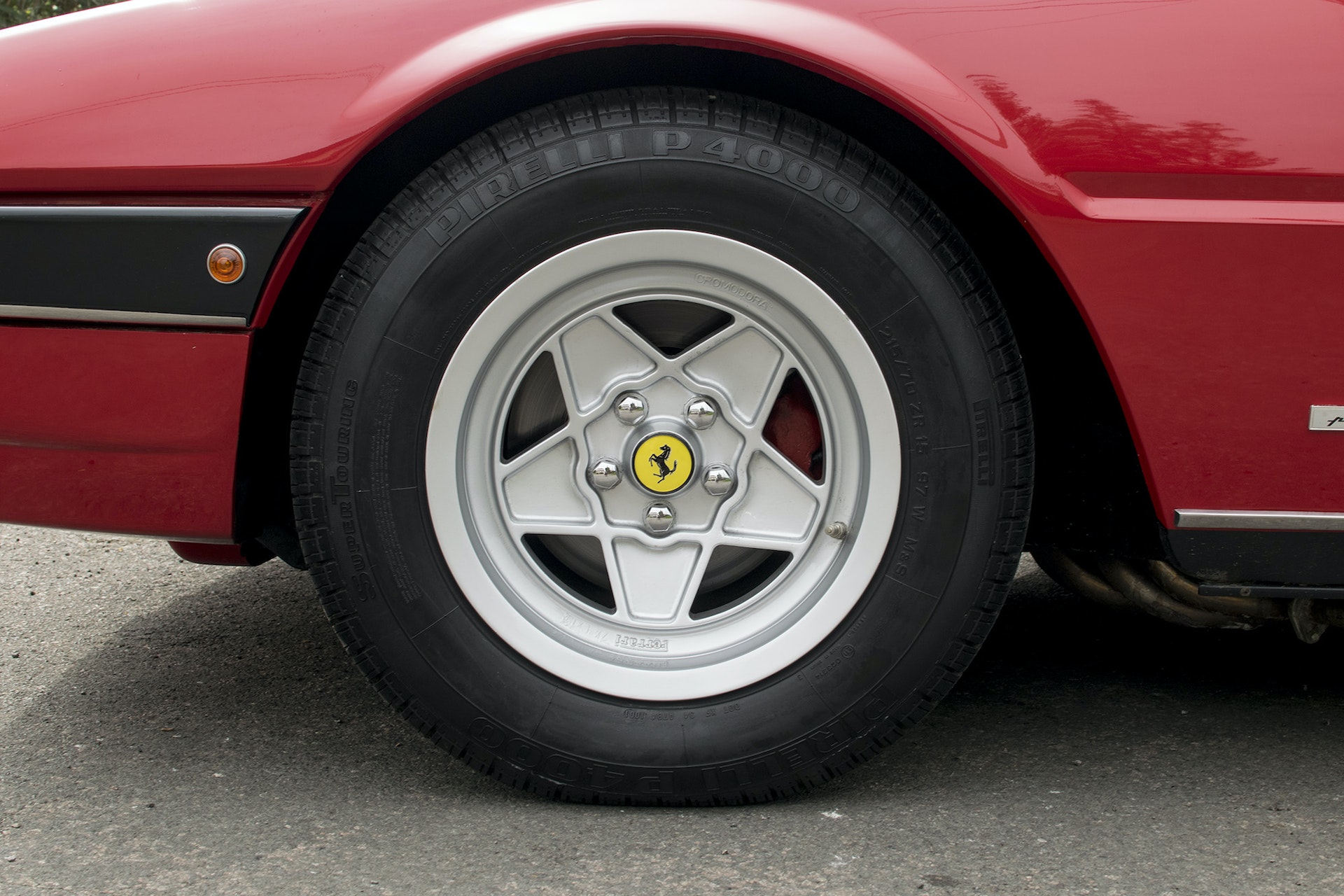 The owner made sure that as much of the original interior was retained as possible. All of the seat upholstery is the original leather, which has been stripped back of old dye, thoroughly rejuvenated and re-dyed in the correct colours. The front bar, roof rail caps and parcel shelf trim were renewed, but otherwise the original leather materials were retained. New carpets were fitted, tailor-made to the original ‘Wilton’ specification and colour. 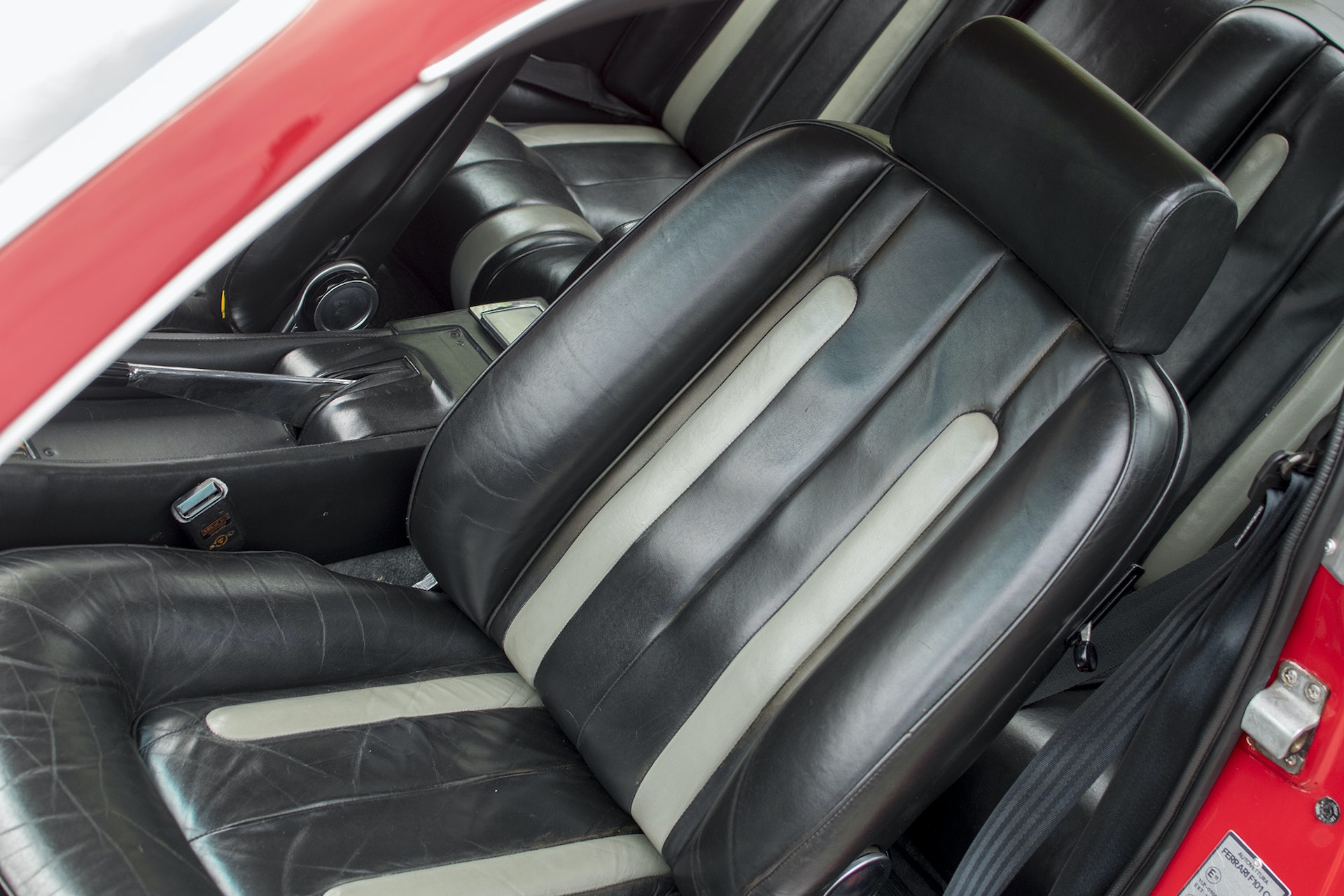 A genuine Philips Turnolock radio - of the correct type offered when the Ferrari 400 was new - was sourced during the restoration, then refurbished and fitted to the car. As the photos show, the interior switchgear is all in excellent condition. During the restoration, all the instruments were removed for cleaning and new bulbs fitted. The steering wheel is original to the car and now has some cracking along the top side in particular. The boot area is clean with good carpets, and the full-size spare wheel is stored under the floor. 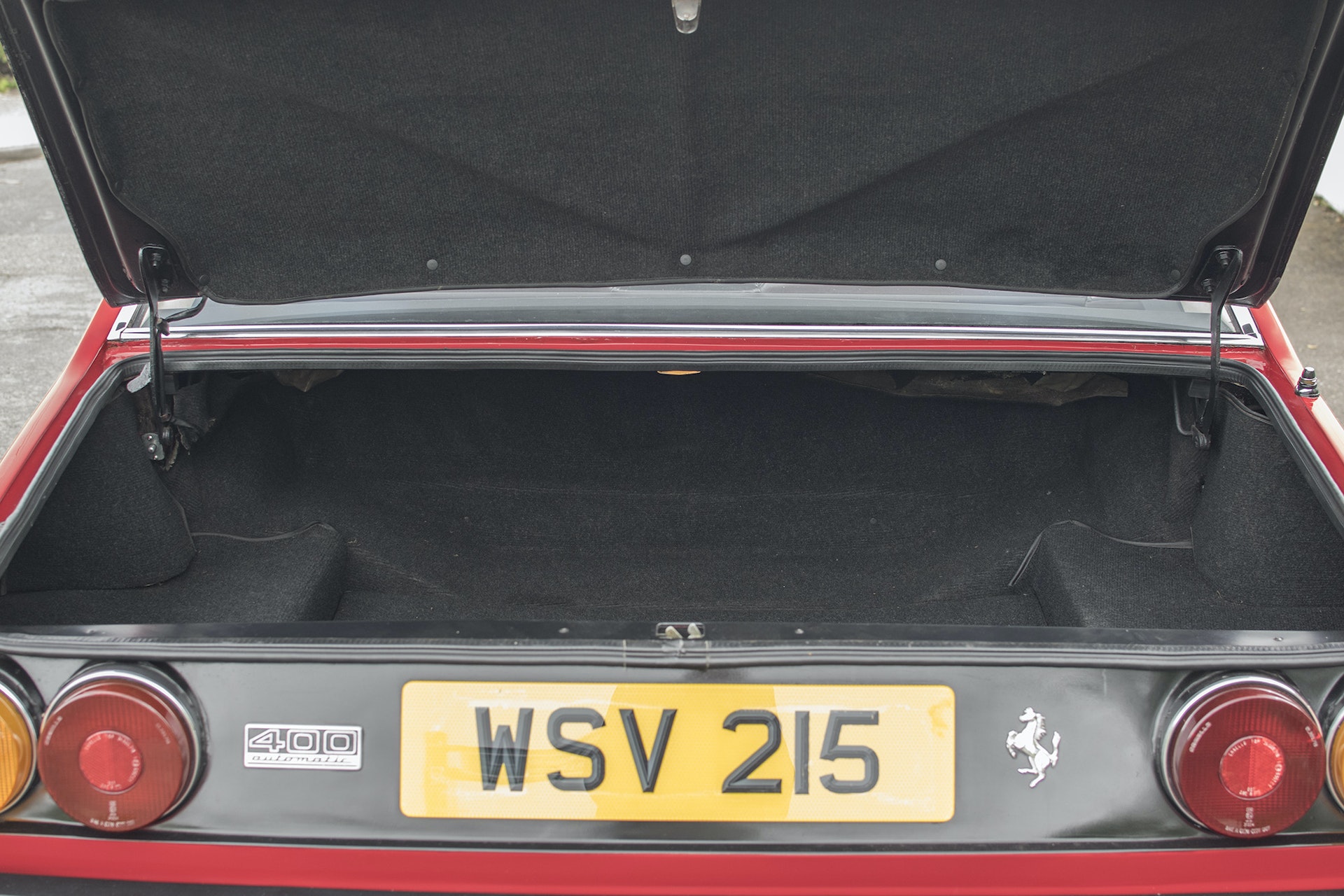 This car was given an extensive mechanical restoration over a period time between 1998 and 2006. This included a complete rebuild of the front and rear suspension, including new Koni shock absorbers of the original type, refurbishment of the springs, and replacement of all anti-roll bar bushes and mountings. 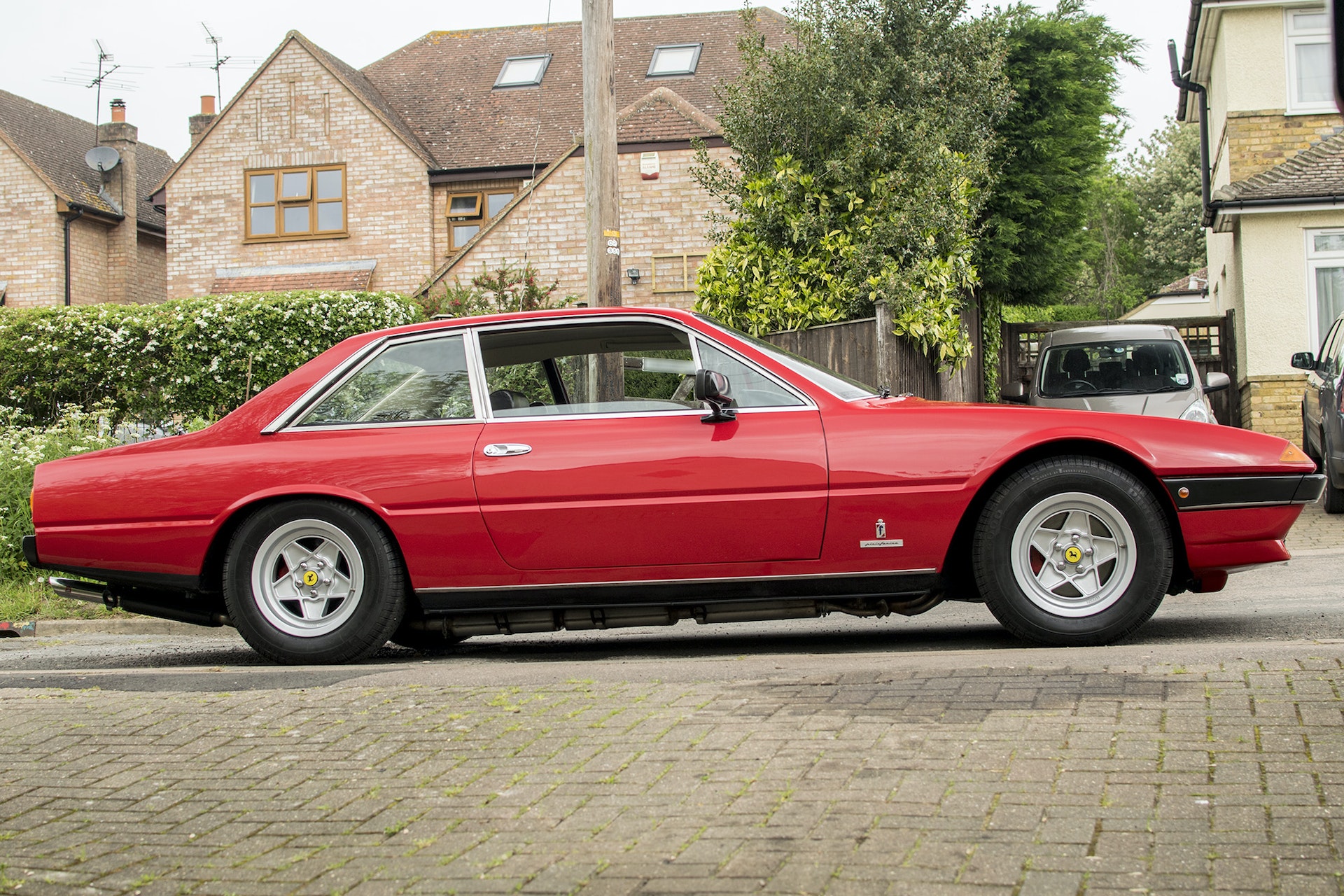 A complete rebuild of the engine was carried out, including replacement of the small-end and big-end bearings. The pistons were all in good condition with the exception of one, which was replaced. The carburettors were completely taken apart and rebuilt using the correct Weber kits.The GM400 automatic transmission was also totally stripped down and reassembled, with new clutches, rear band and pin-roller bearings. The torque tube and the differential were also removed and refurbished. New inner and outer track-rod ends were also fitted. 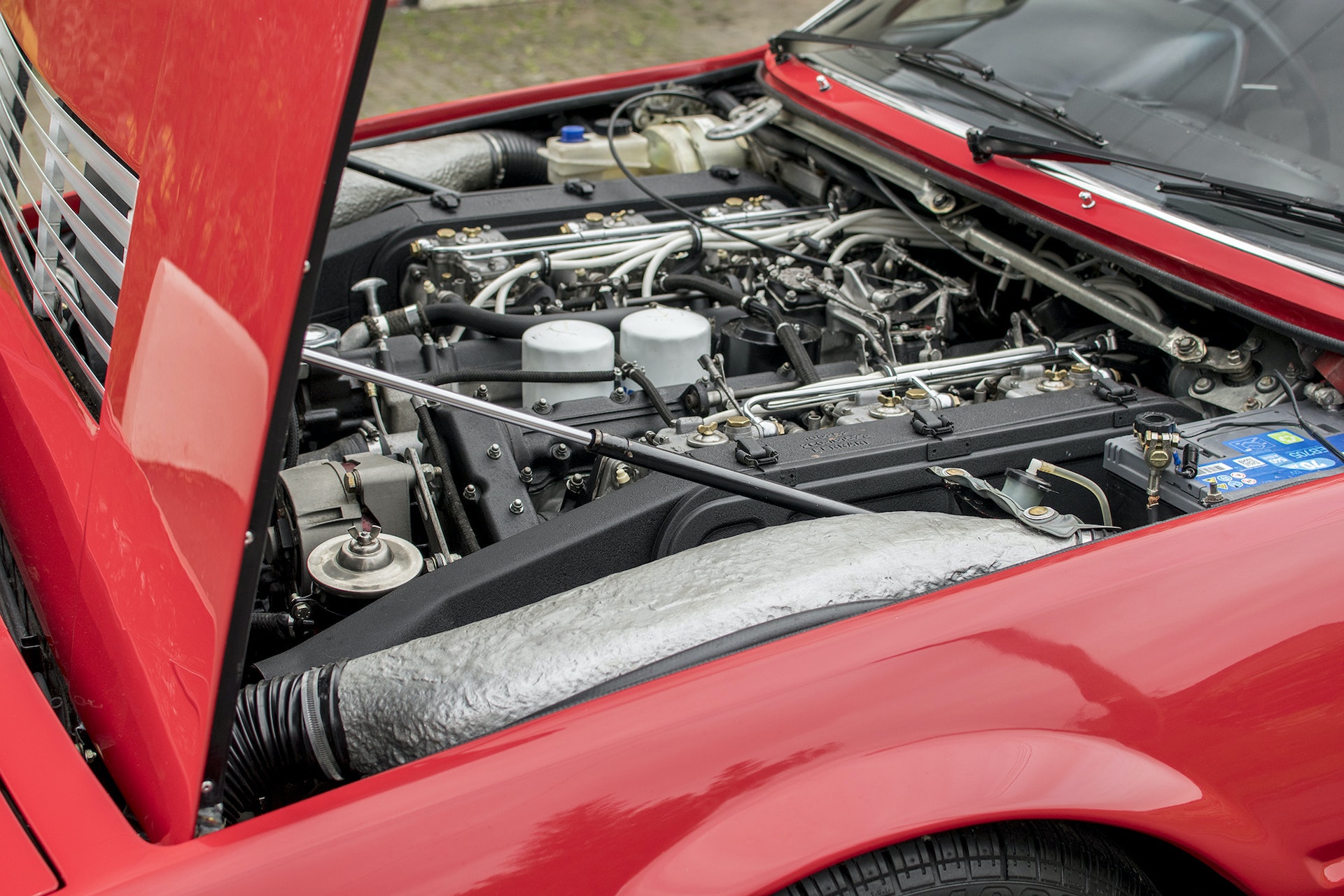 The exhaust system was given a new stainless steel centre section and rear boxes, including replacement hangers all round. The starter motor and brake master cylinder were also replaced, along with a rebuild of the alternator. The front brake discs were renewed while the calipers were stripped and refurbished. More recently, the flexible brake pipes have also been replaced. 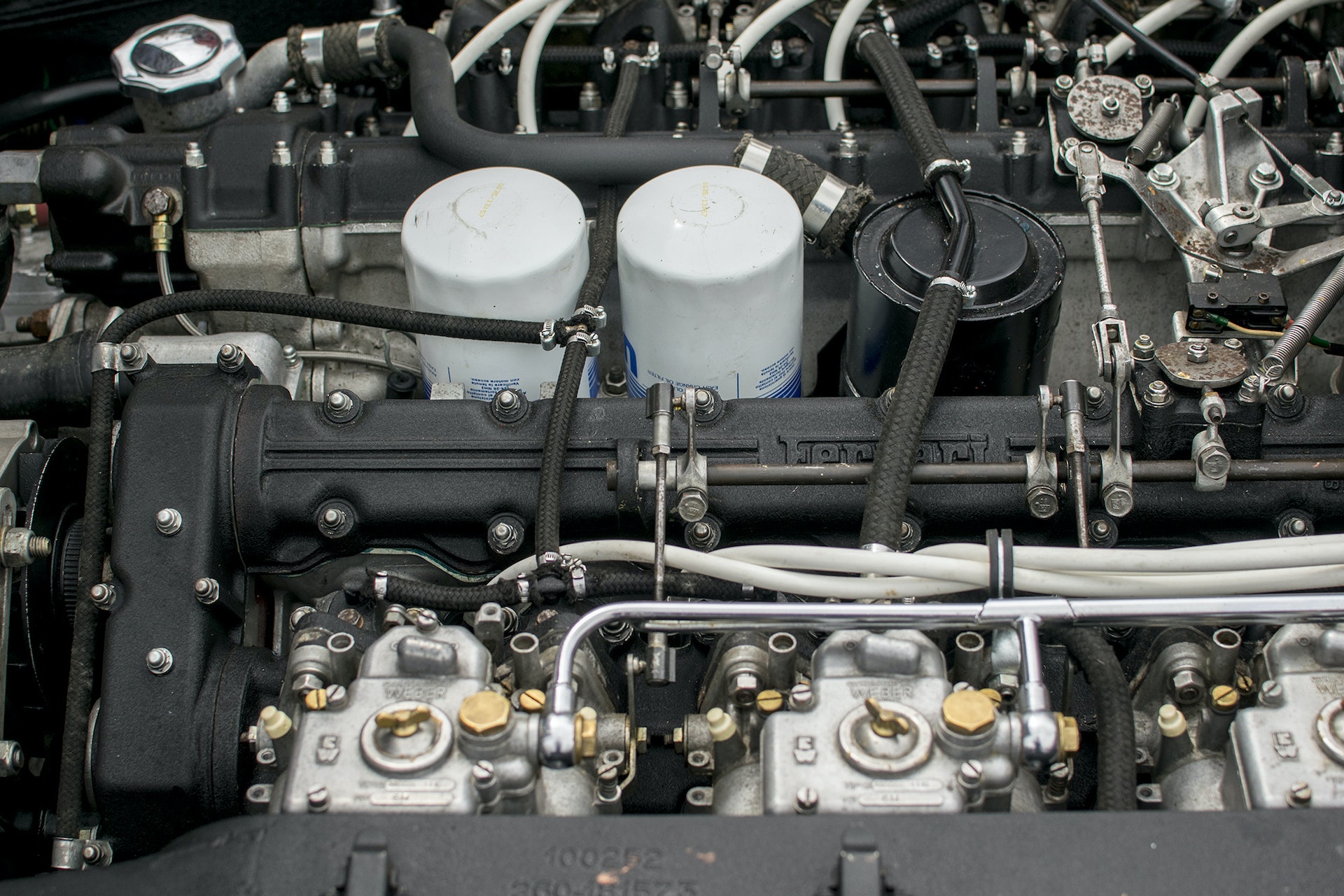 In 2015, the distributors were removed and fully rebuilt, the advance mechanisms were refurbished and new HT leads were fitted with a full set of Champion N7Y spark plugs. The engine bay was detailed to show standard - and is still in superb condition today. The tyres on the car are virtually brand-new Pirelli P4000 in 215/70 ZR 15 size. 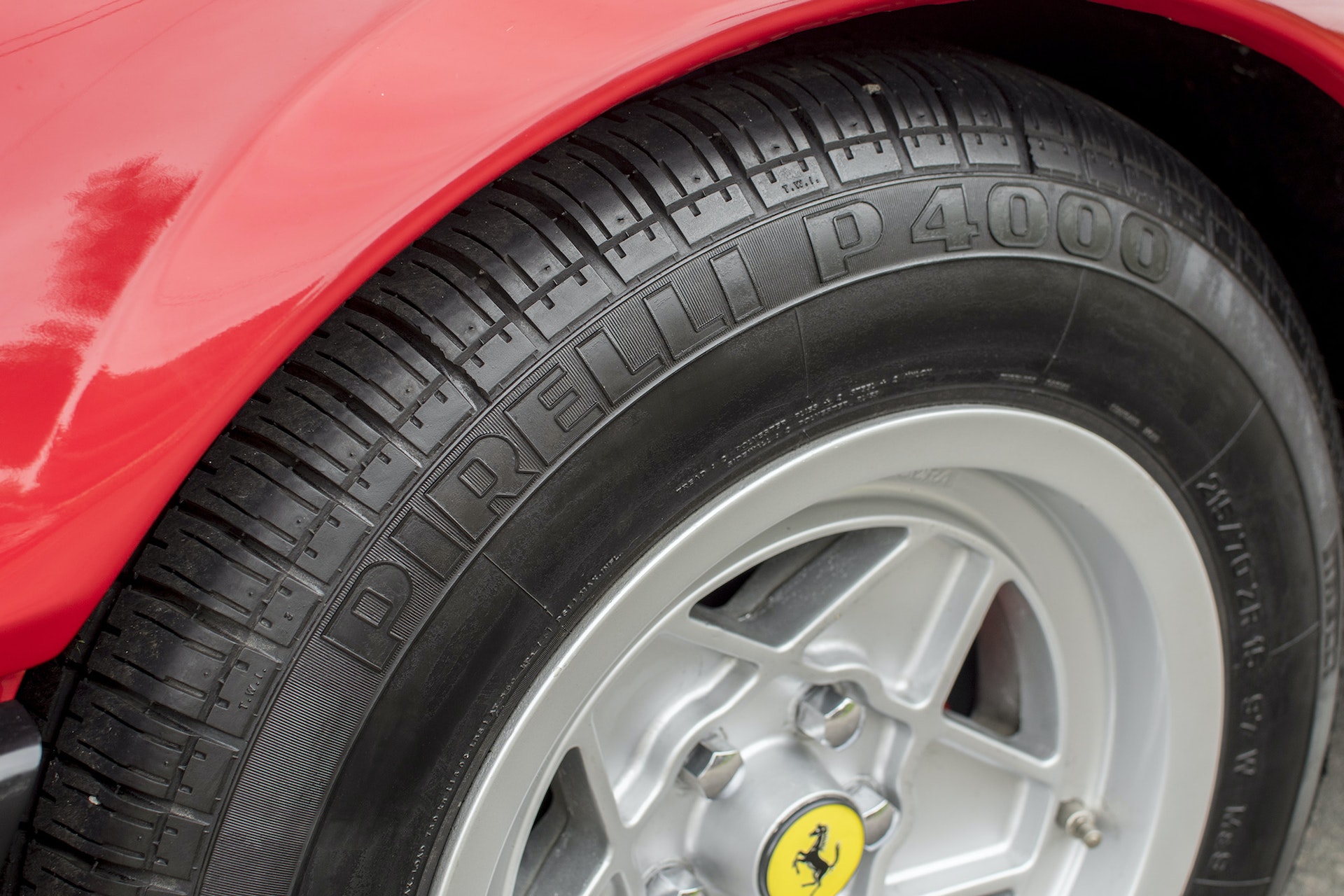 The car is accompanied by an official Heritage Certificate from the Ferrari factory attesting to its original specifications and build completion date of 25 May 1977. The current owner has also prepared a meticulously-detailed history file, corroborated and and enhanced with personal contact with previous owners. It comes with the original book pouch and handbook, stamped duplicate service books, and the original jack and bag. 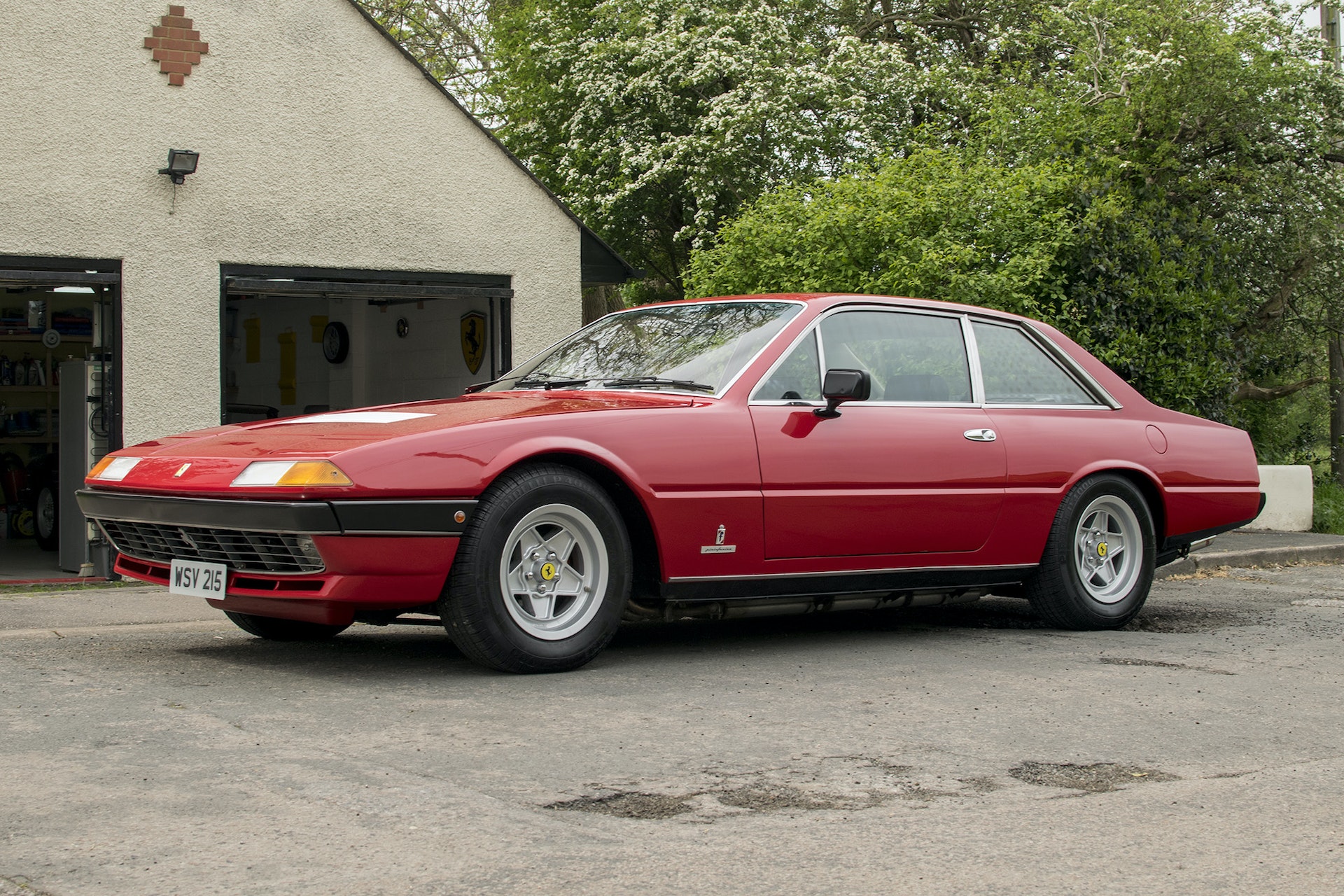 It would be very hard to find another Ferrari 400 that has been lavished with this much care and attention. For 22 years it has been owned by a gentleman with other Ferraris in his collection, and who therefore understands the effort and cost required to keep them in excellent condition. A well-loved car, it a has twice participated in the London to Brighton Classic Car Run without incident, and won its class at the 2002 Ferrari Owners Club National Concours. It is now offered to a new owner, who will undoubtedly enjoy this superb car just as much as he has.