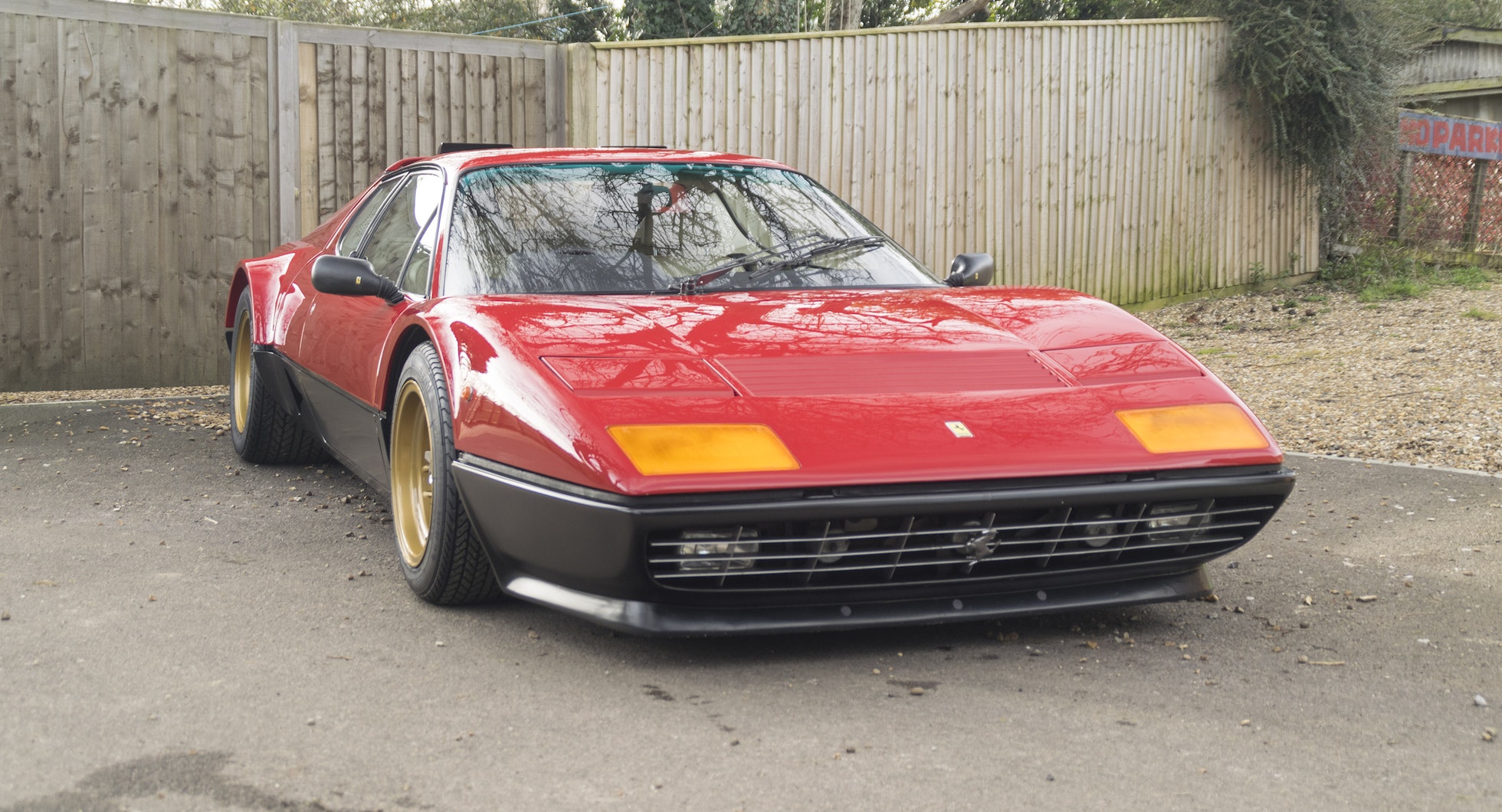 This Ferrari 512 BB is a thrilling road car, which was lightly modified in period by a leading specialist, but which retains its numbers-matching engine and original interior colour. It is powered by a sonorous 4.9-litre flat-12 engine, and is driven through the substantial rear wheels via a five-speed manual transmission. The odometer indicates just 38,526 miles from new. 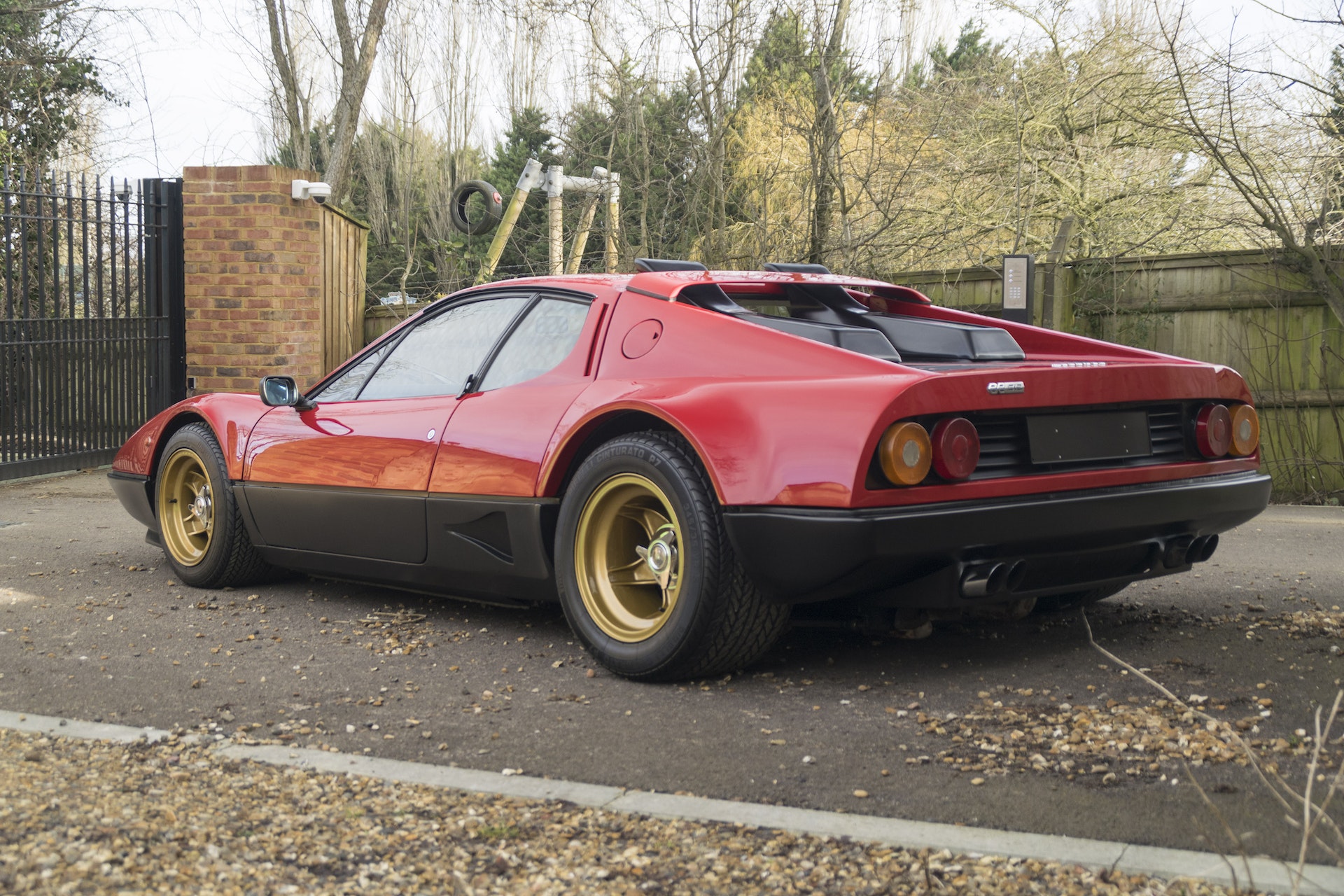 Completed at the factory in 1976, this Berlinetta Boxer was among the very earliest examples of the 512 BB produced, and was the first car built in right-hand drive. It was delivered to Maranello Concessionaires in early October that year, just in time to be exhibited at the London motor show. The car was originally finished in a light blue metallic hue with beige Connolly leather. 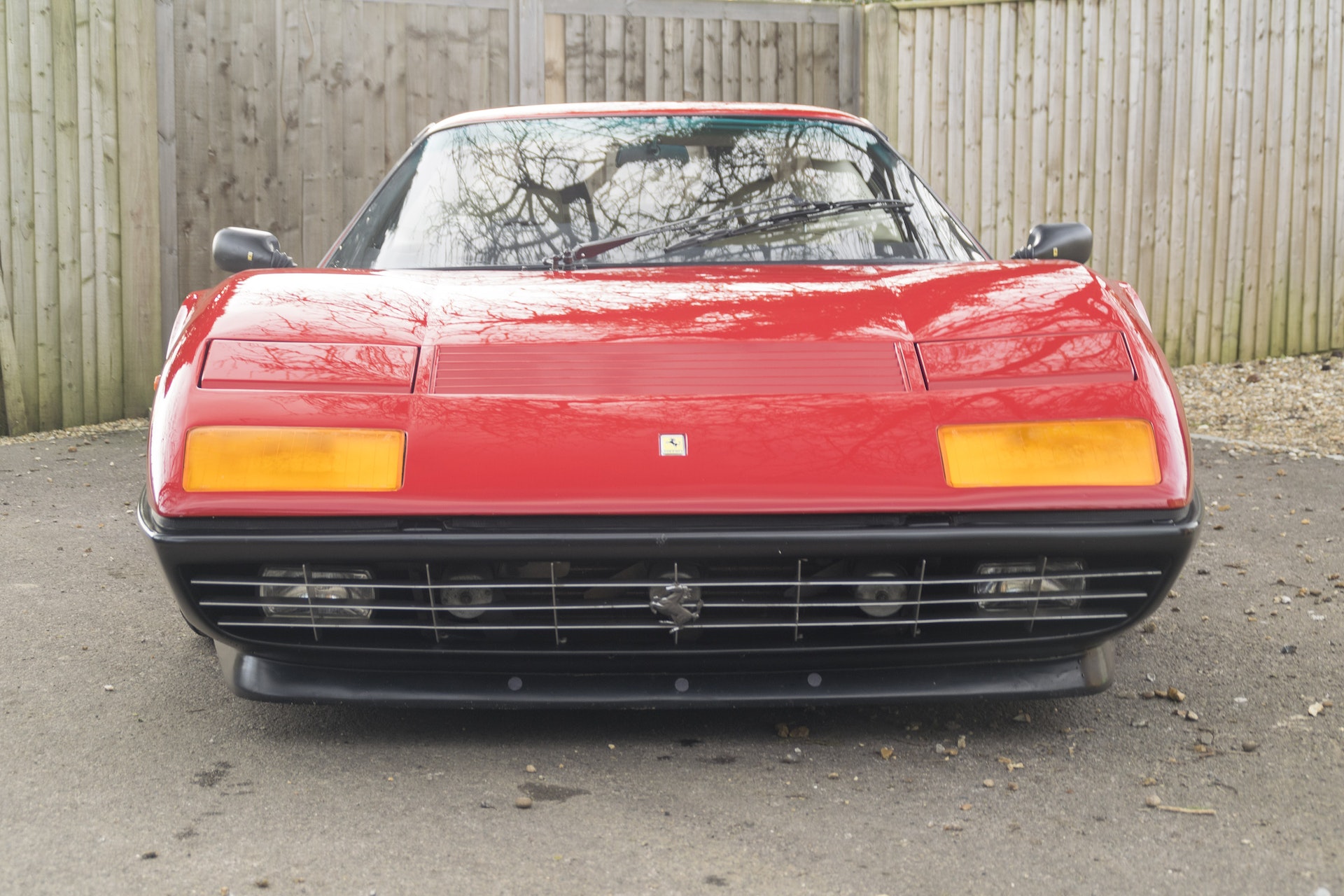 Having completed its motor show duties, the 512 BB was sold internally to the Maranello Sales division, which put the car into service as a demonstrator and press car. Wearing its original registration of OPC 86R, the Ferrari appeared in numerous period road tests, and featured on the covers of CAR magazine’s January 1977 issue and Autocar for the week ending 9 April 1977. 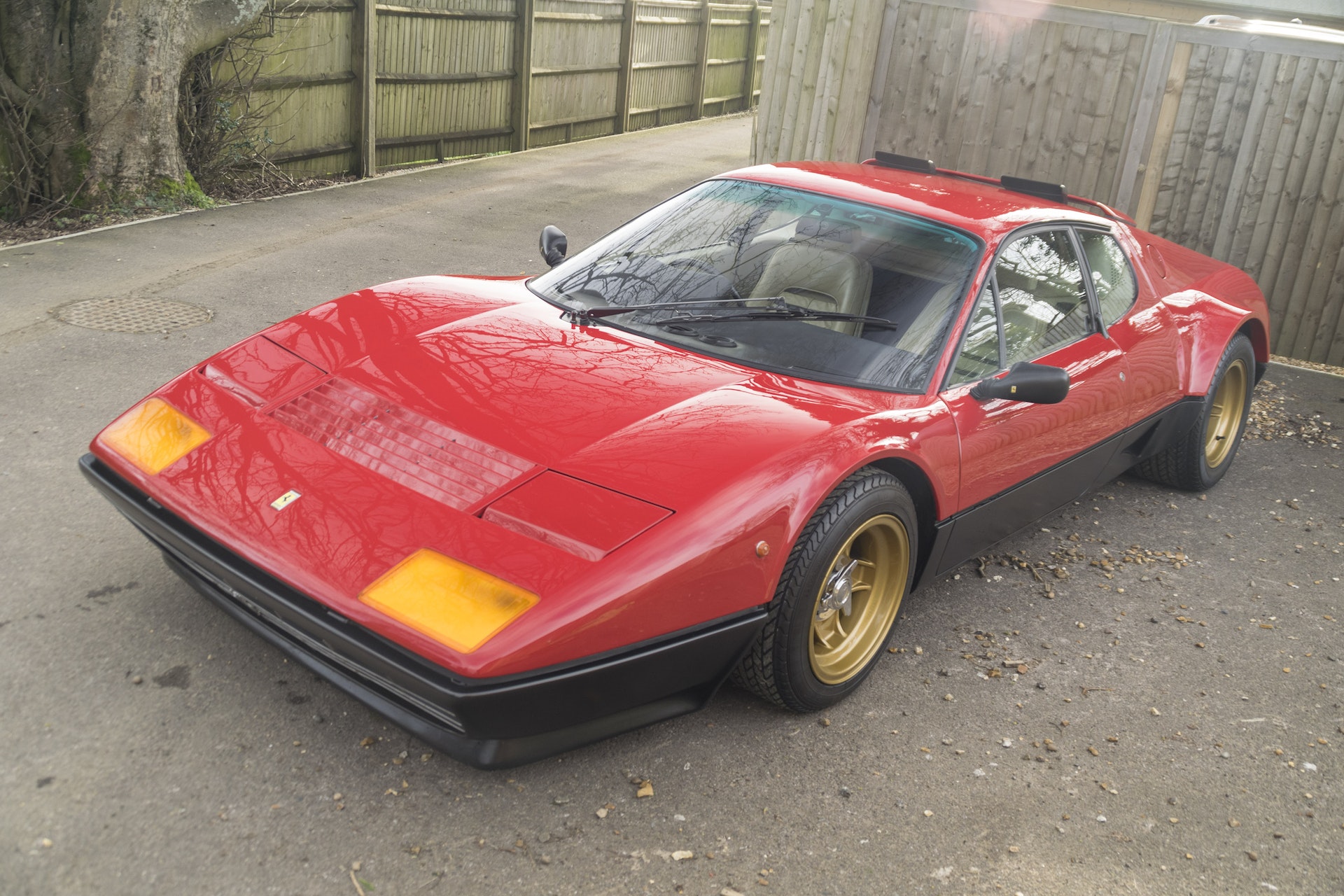 The 512 BB was further burned into the minds of enthusiasts as a result of one motoring journalist not being able to get the press car up to Ferrari’s claimed top speed. Racing driver and Berlinetta Boxer owner Chris Meek subsequently stepped in to set the record straight in his own car. In the summer of 1978, on a near-empty M1 motorway at 5am, he travelled from Leeds towards Sheffield hitting an indicated 188mph en route - with photographer Mike Hargreaves capturing the moment on camera. 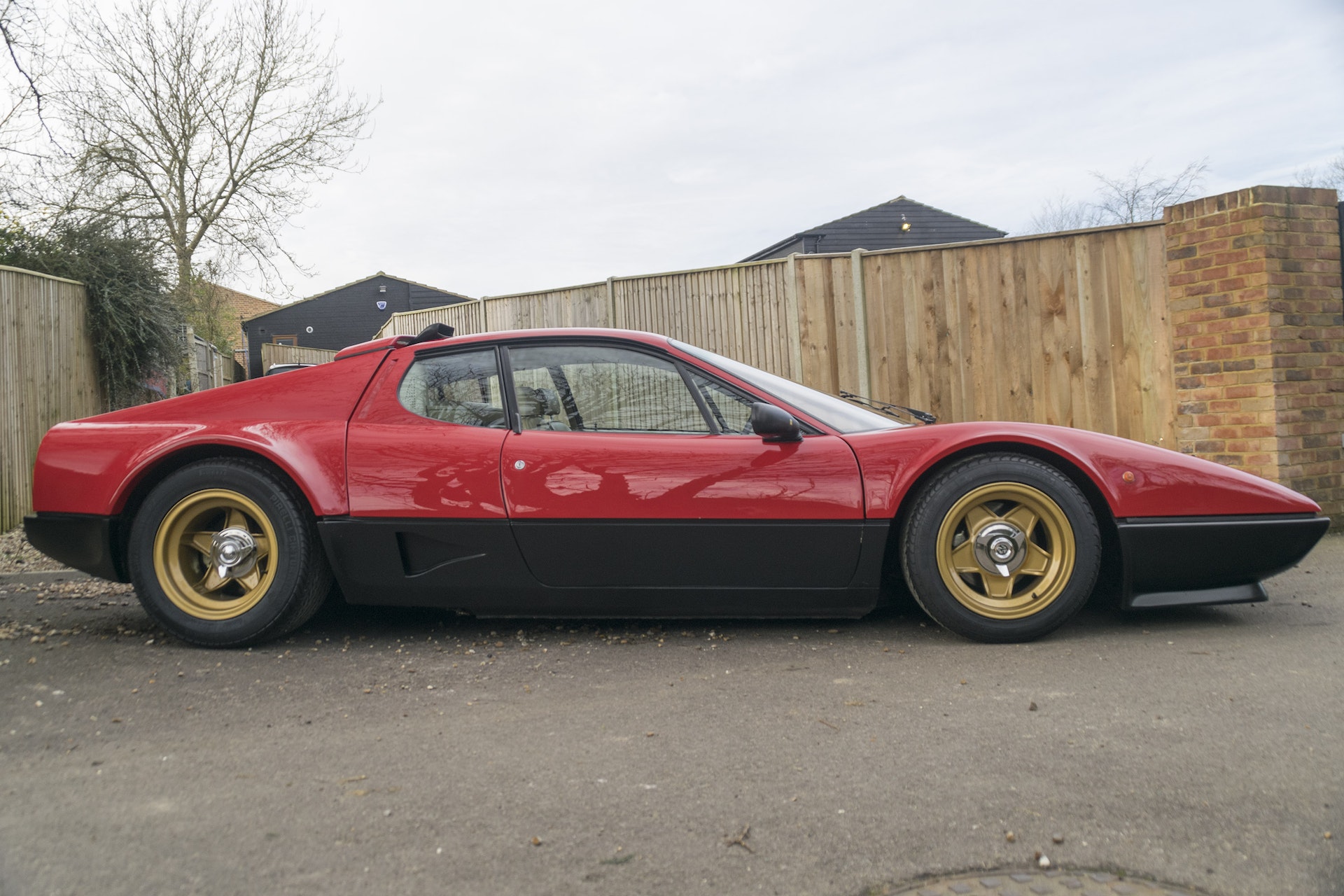 Chassis 19885 was sold on by Maranello Sales in September 1977 to its first private keeper; Robert Cooper of Coopers Publicity Services. It is believed that the car was repainted in a different colour soon after this, as a quote in the history file confirms his desire to do so. 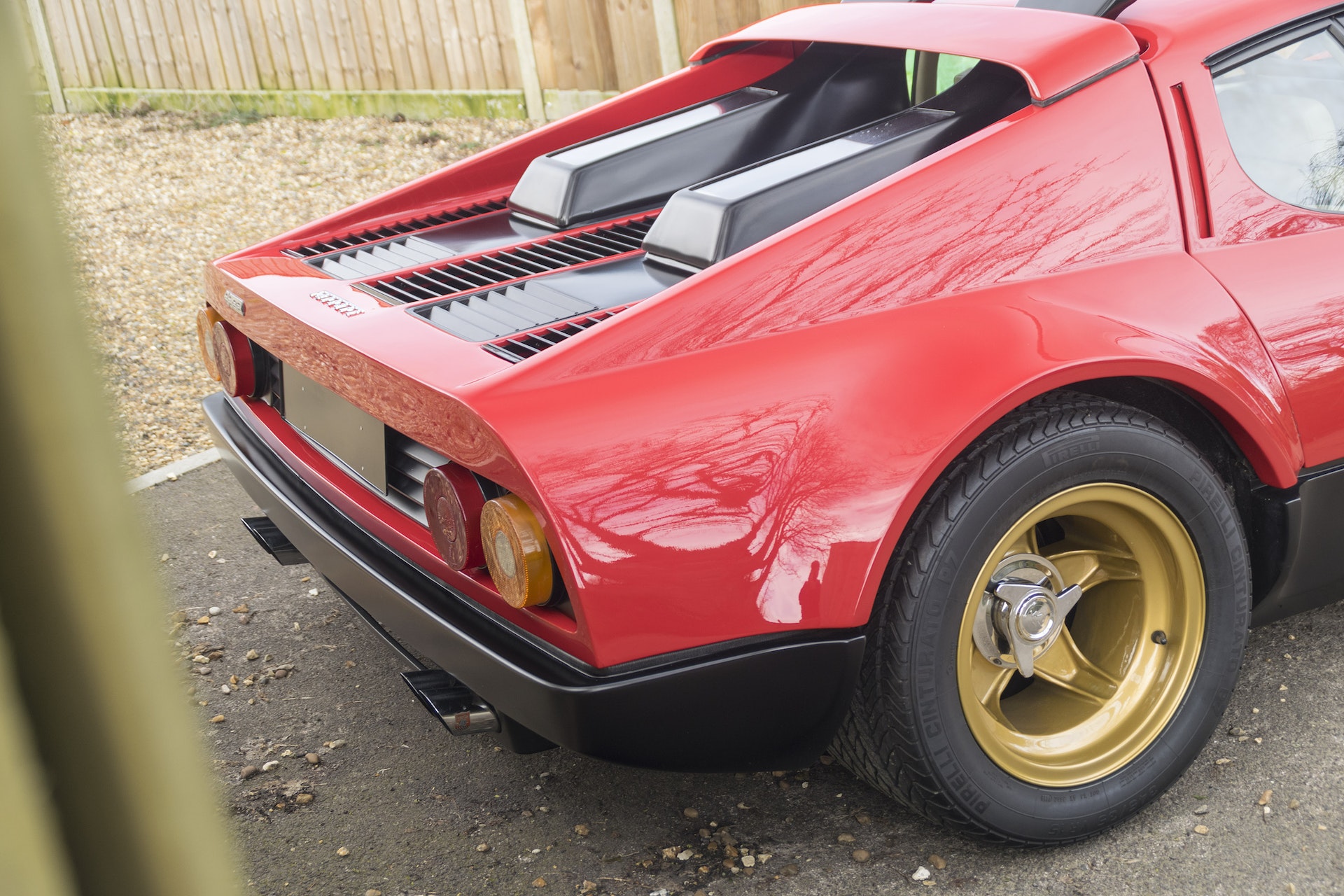 During the 1980s, the Berlinetta Boxer was owned by John Woodfield, proprietor of Emblem Sports Cars in Dorset. As well as being a leading Ferrari specialist, Emblem was known for its relationship with Koenig Specials, and modified numerous cars in period ranging from cosmetic enhancements through to significant mechanical upgrades. This particular car was given a new Koenig rear clamshell featuring wider flared wheel arches, as well as wider wheels to fill them. 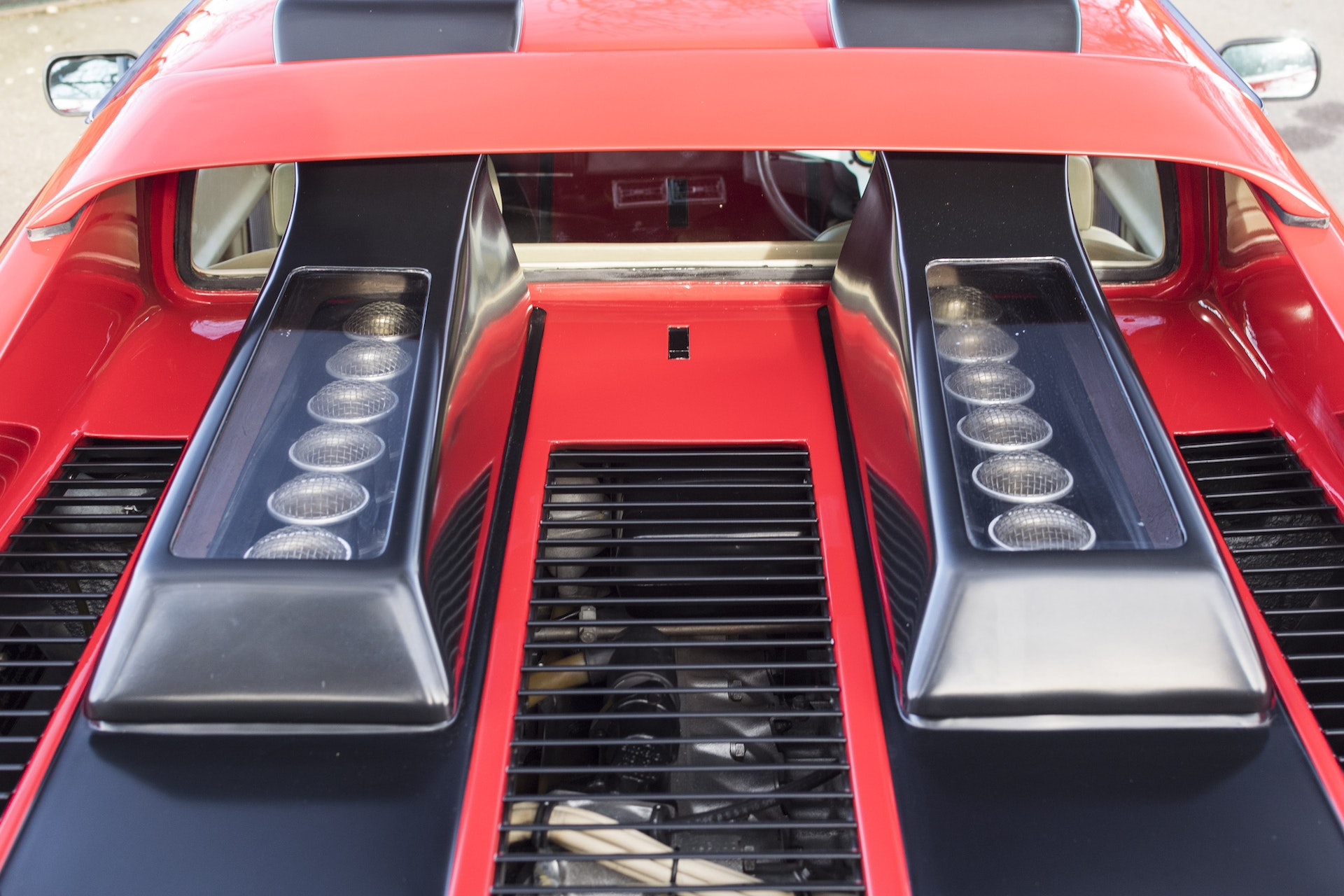 In October 1990, the 512 BB was sold again, this time leaving the country after it was acquired by an Austrian enthusiast. With a number of other Ferraris and sports cars in his stable, the Berlinetta Boxer was in good company. It remained stored in his private collection for the next 26 years, before coming to light again in late 2016. 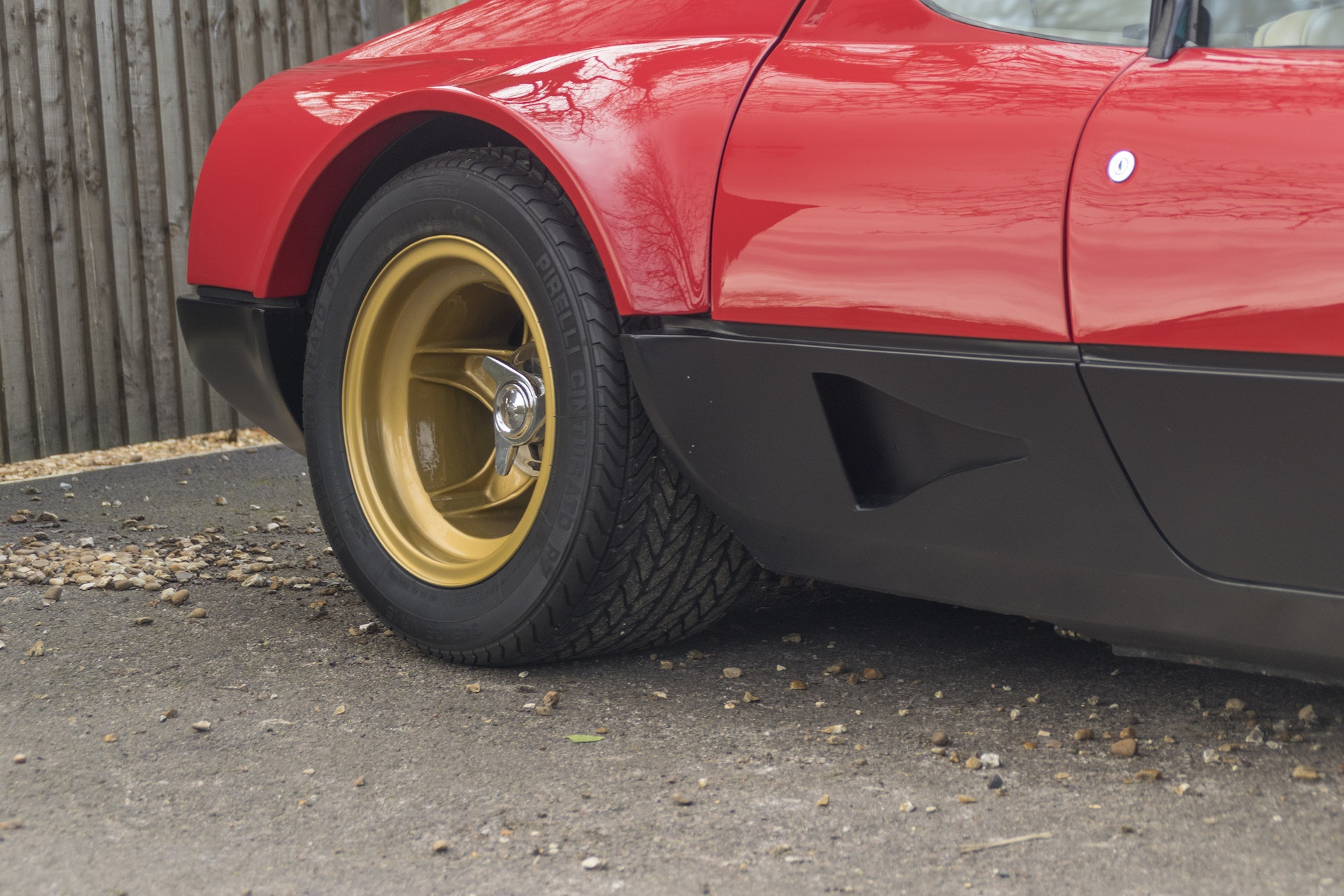 Recognising the opportunity to acquire an intriguing and well-preserved example of the breed, the Ferrari was purchased by marque specialist Bell Sport & Classic, which repatriated it to the UK and set about a thorough inspection and re-commissioning process. 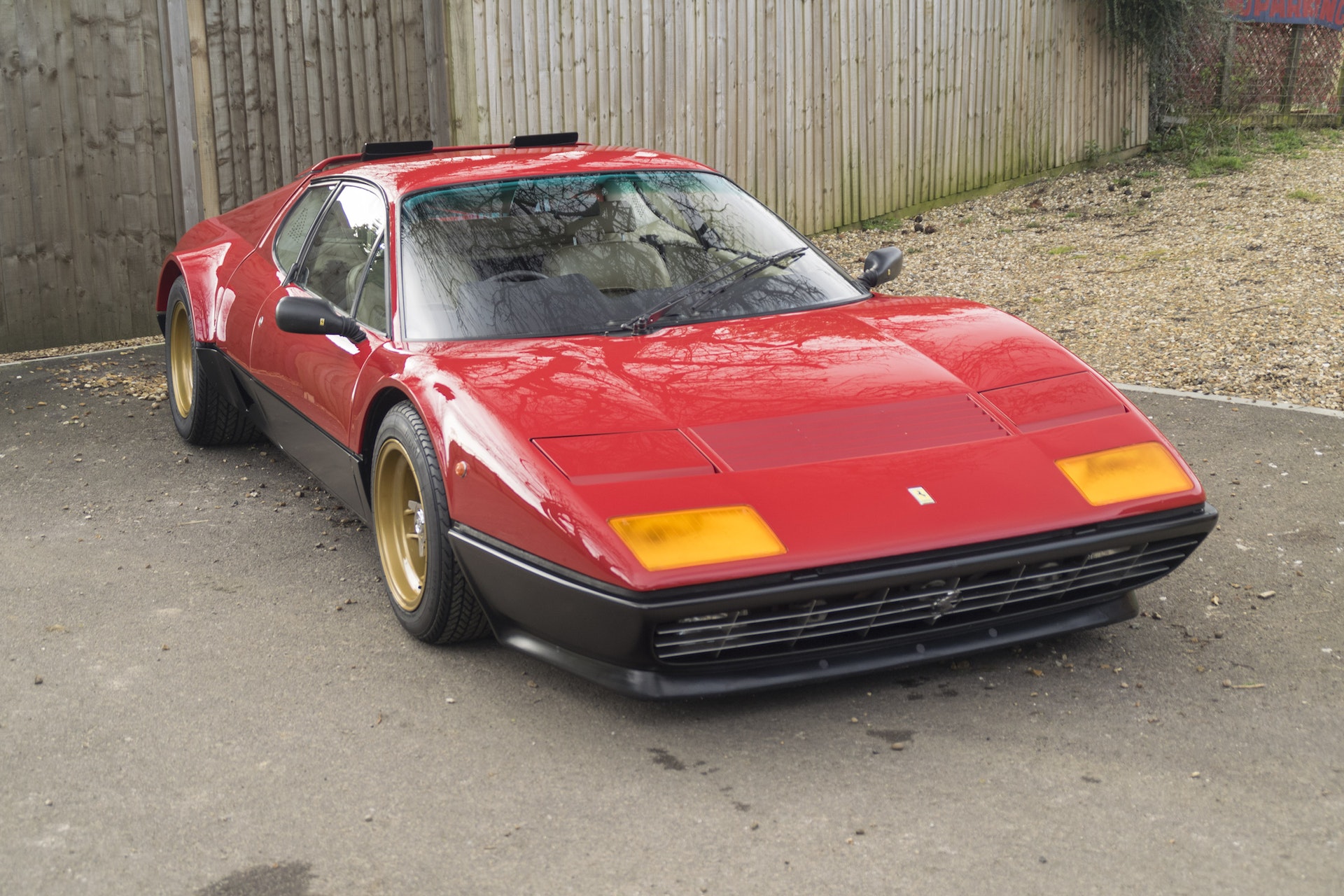 Today, this 512 BB presents superbly, with gleaming Rosso Corsa paintwork over the satin black ‘Boxer trim’ lower body sections, which feature the ‘NACA’ air ducts to cool the exhaust and engine bay. The Boxer was the last of the truly hand-built Ferraris, and the shut lines all around this car are still very impressive. Both front and rear clamshells open, close and latch cleanly, and all of the hinges and seals remain in great shape. All of the Carello light lenses are to the correct specification and are undamaged. The front light pods also open and close as they should on the steering column lever. 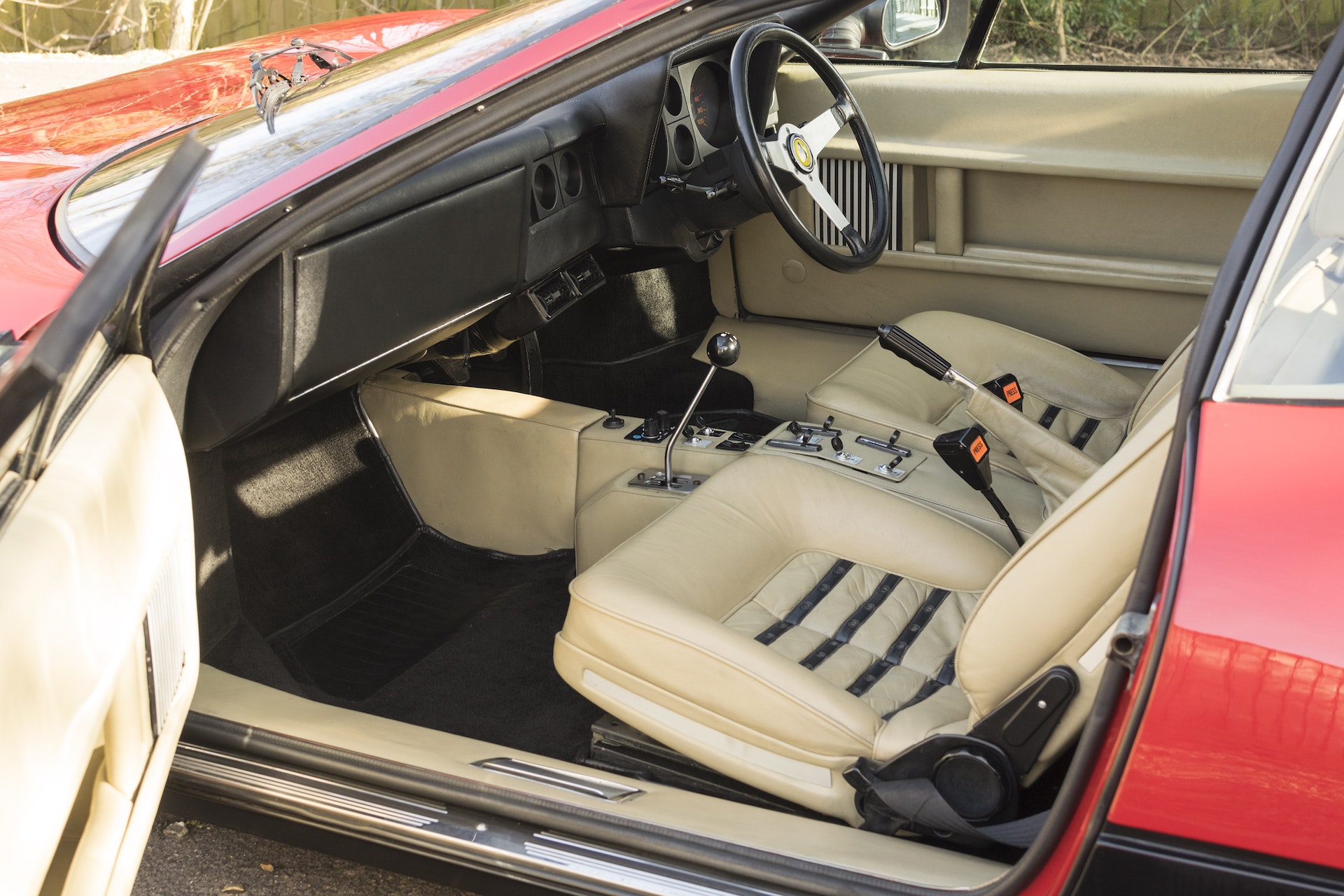 In the cabin, the seats and door cards are trimmed in the original beige colour of ‘Sabbia’ (Sand). The Connolly leather remains in excellent condition, with no rips or tears, and only a couple of very small patches of discolouration on the driver’s seat cushion. The rest of the hide has a beautiful patina, incorporating the correct black ‘Daytona’ strips in the centre panels. There is some light wear on the steering wheel leather, but the item itself is original, as is all of the other switchgear and controls, including the gloss-black gear knob. 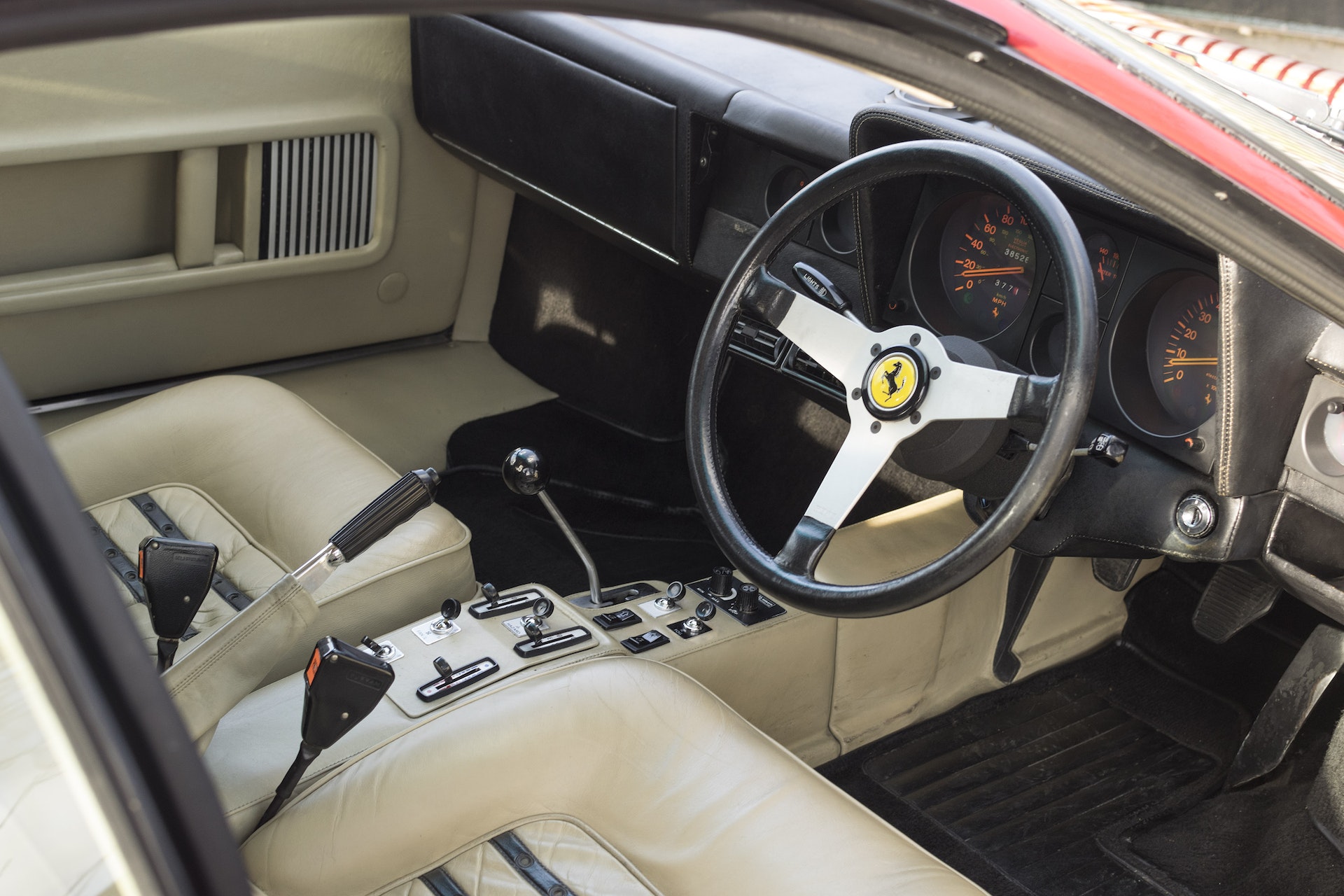 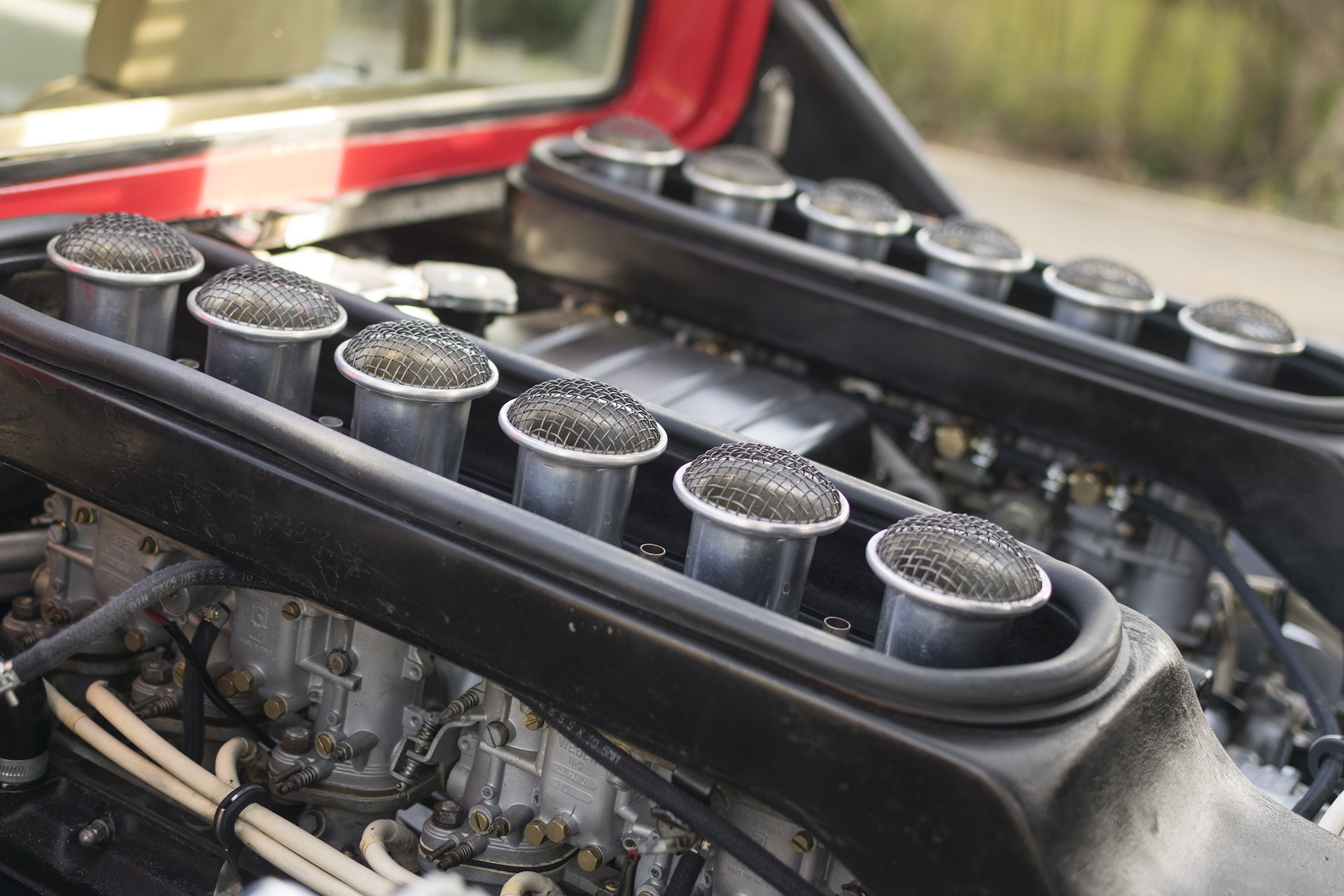 Hoses, pipes and bushes were all replaced where necessary, an air-conditioning adapter was installed, and the system was re-gassed. The car was also fitted with new driving lamps and windscreen wipers, as well as a fresh set of tyres. Its wheels were fully refurbished, painted in gold in the style of the 512 BB Le Mans cars, and the leather upholstery was re-connolised. 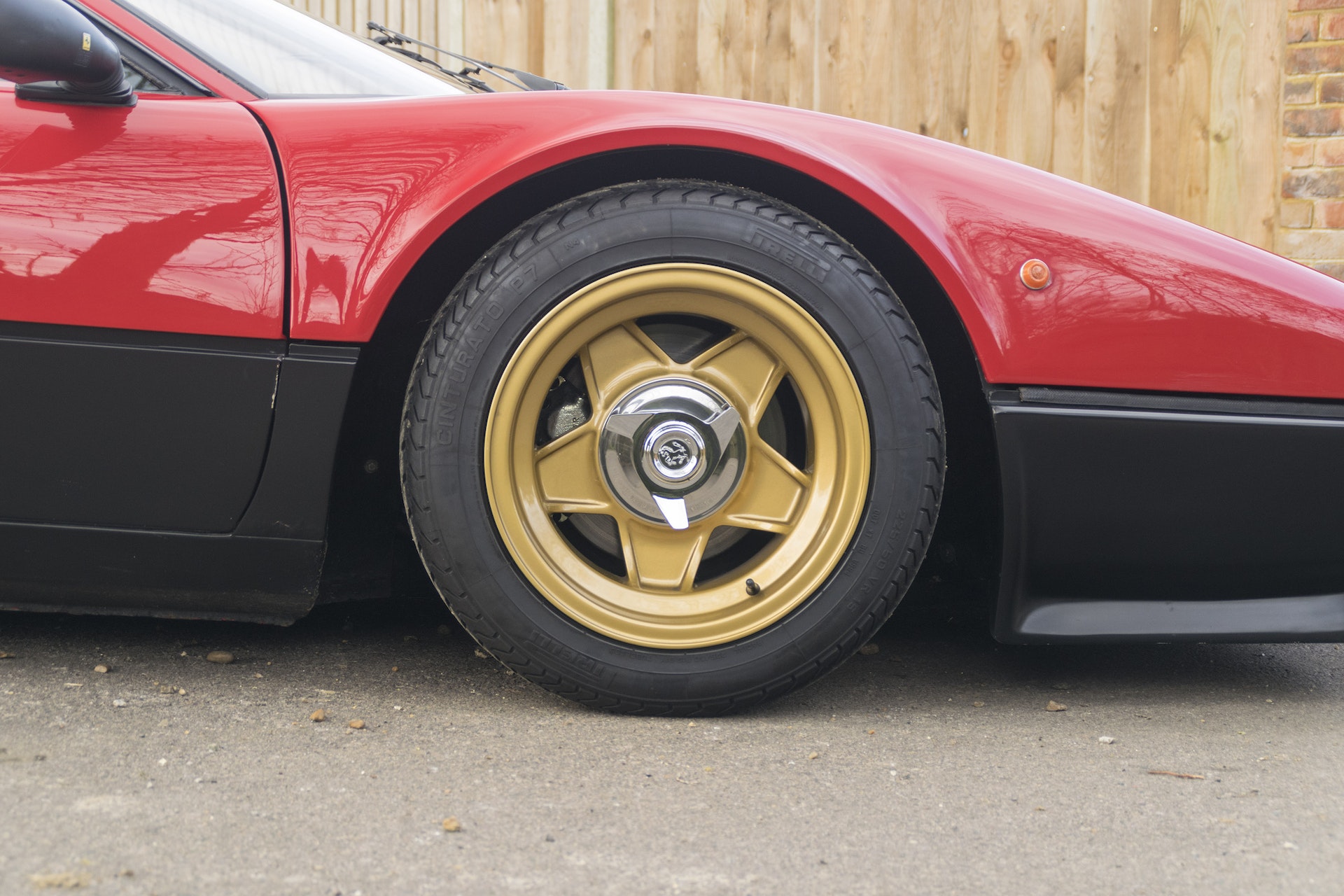 The car’s most recent MOT test was on 1 August 2019 at 38,044 miles, resulting in a first-time pass with only one advisory regarding some free play detected in the steering rack, which has since been attended to. The wheels are fitted with a set of Pirelli Cinturato P7 tyres in size 225/50 R15 at the front and a substantial 345/35 ZR15 at the rear. The tyres are all date-coded to 2018 and have near-full tread remaining. 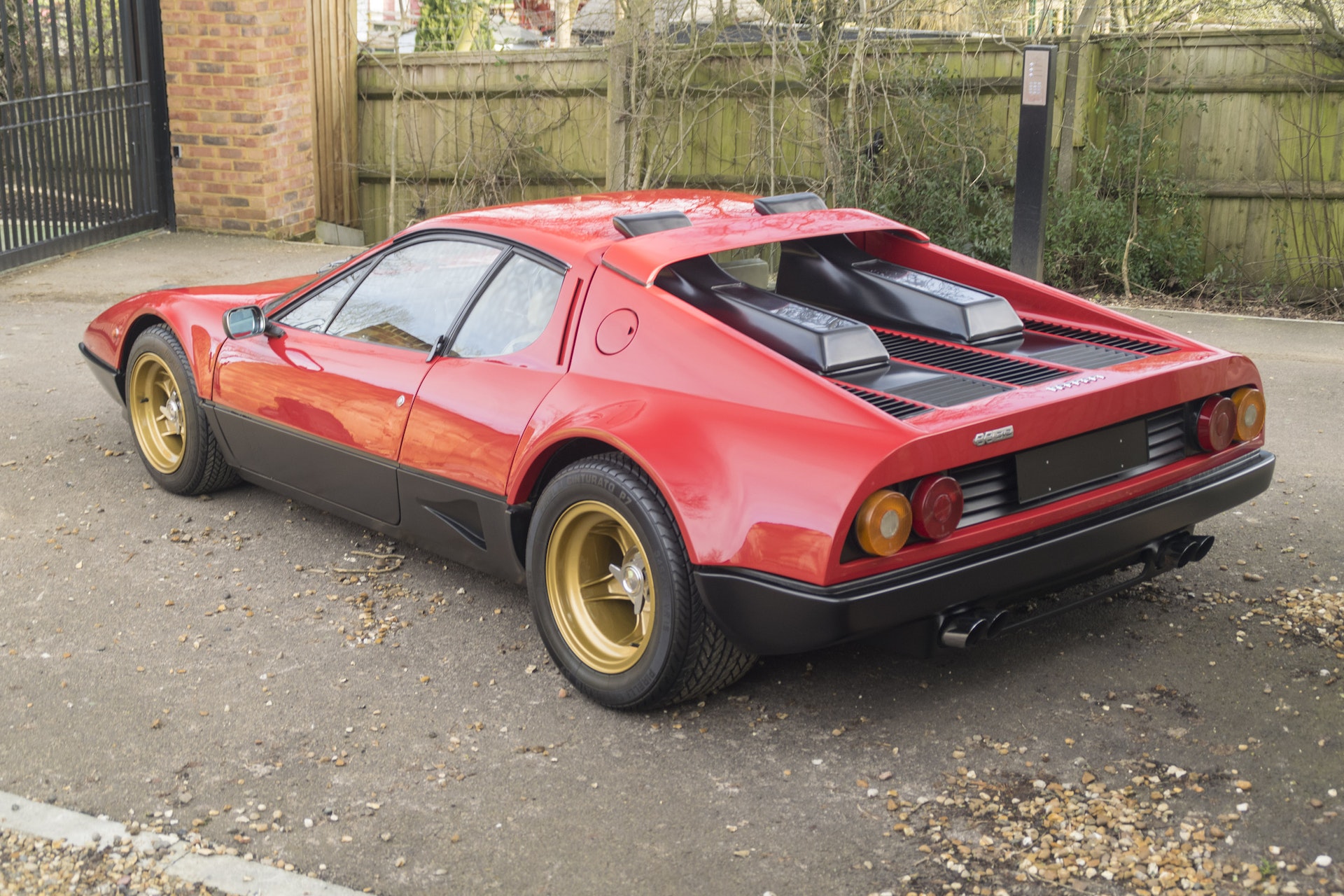 Accompanying the car is a patterned-cloth Ferrari book wallet, a 512 BB owner’s manual, service directory, and original set of keys. A clean HPI check print-out is also included, along with a copy of the Autocar magazine from 1977, a handful of period photographs, and paperwork covering all of the recent work in the UK. 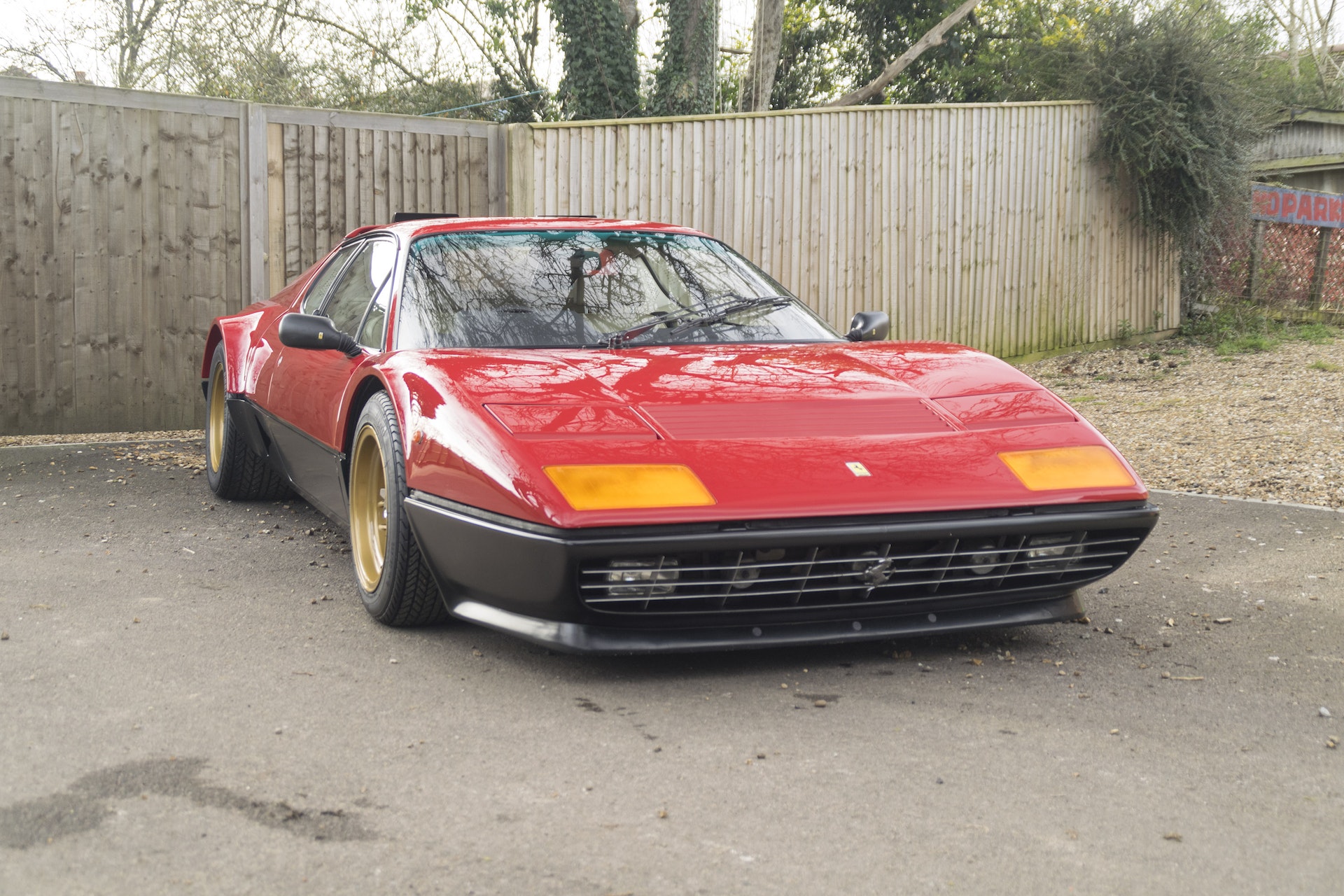 This Ferrari 512 BB is the very first of just 101 right-hand drive examples built, and its ownership history is well-known. With the period modifications from a recognised tuning company, this is arguably a car that is better suited to the enthusiastic driver rather than the purist, but is no less desirable for that. This glorious 1970s supercar is a rare and collectable gem, and is now ready to thrill on the road once again.