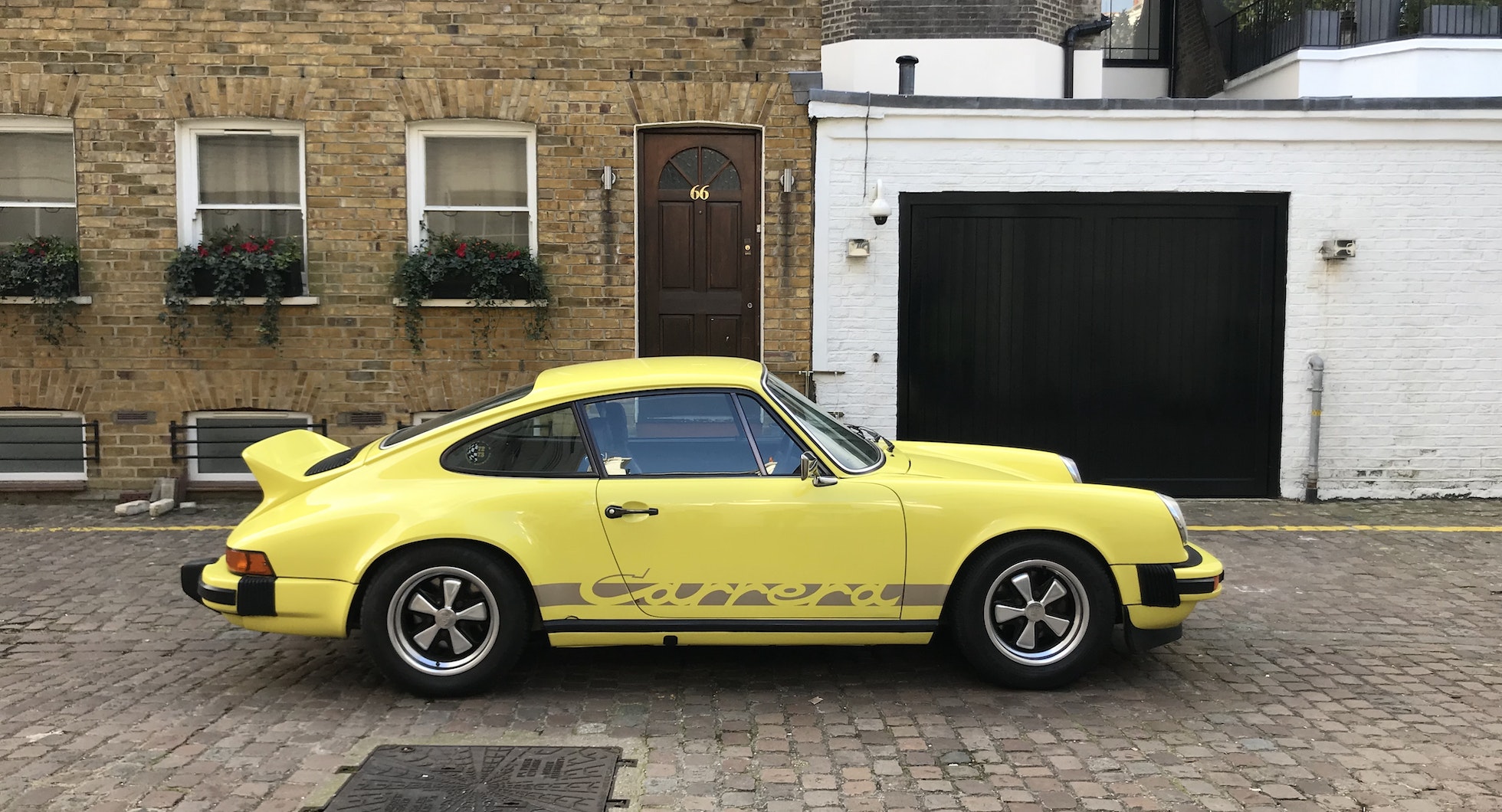 This 1974 Porsche 911 2.7 Carrera 'MFI spec' is an exciting classic sports car featuring a charismatic flat-six engine and five-speed manual transmission, for a fraction of the cost of a 2.7 RS. Following a substantial programme of mechanical restoration and refurbishment in the UK, this MFI-engined 911 is described as “fully-sorted and ready to be used” by its current owner. 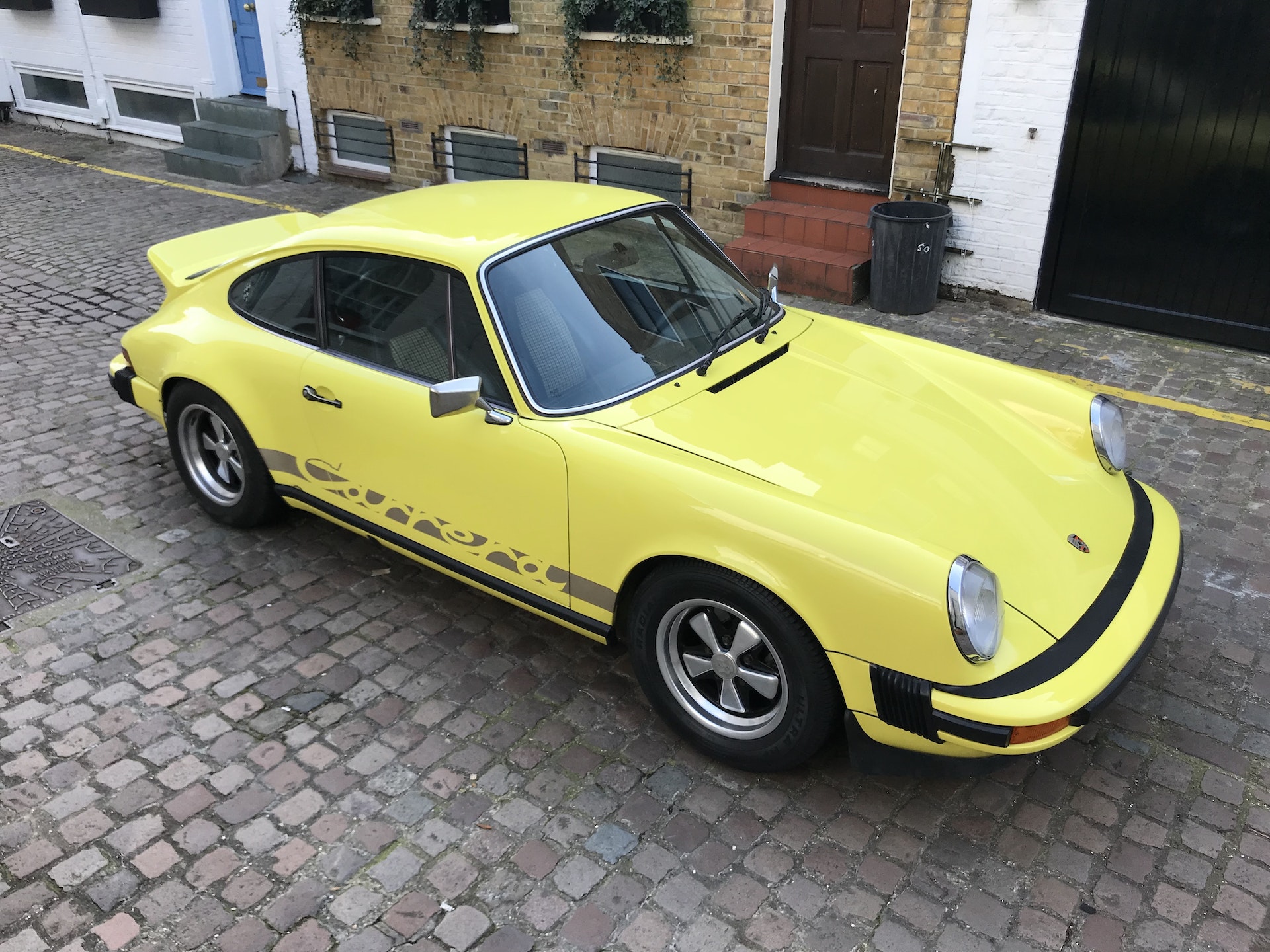 Acquired by the vendor from a California-based seller in 2016, this car was originally delivered to North America in 1974 as a 2.7 Carrera ‘CIS’ (Continuous Injection System - Bosch K-Jetronic) car. As the European-specification MFI engine was banned on emissions grounds, this US car first had a 129kW (175hp) flat-six from the factory. 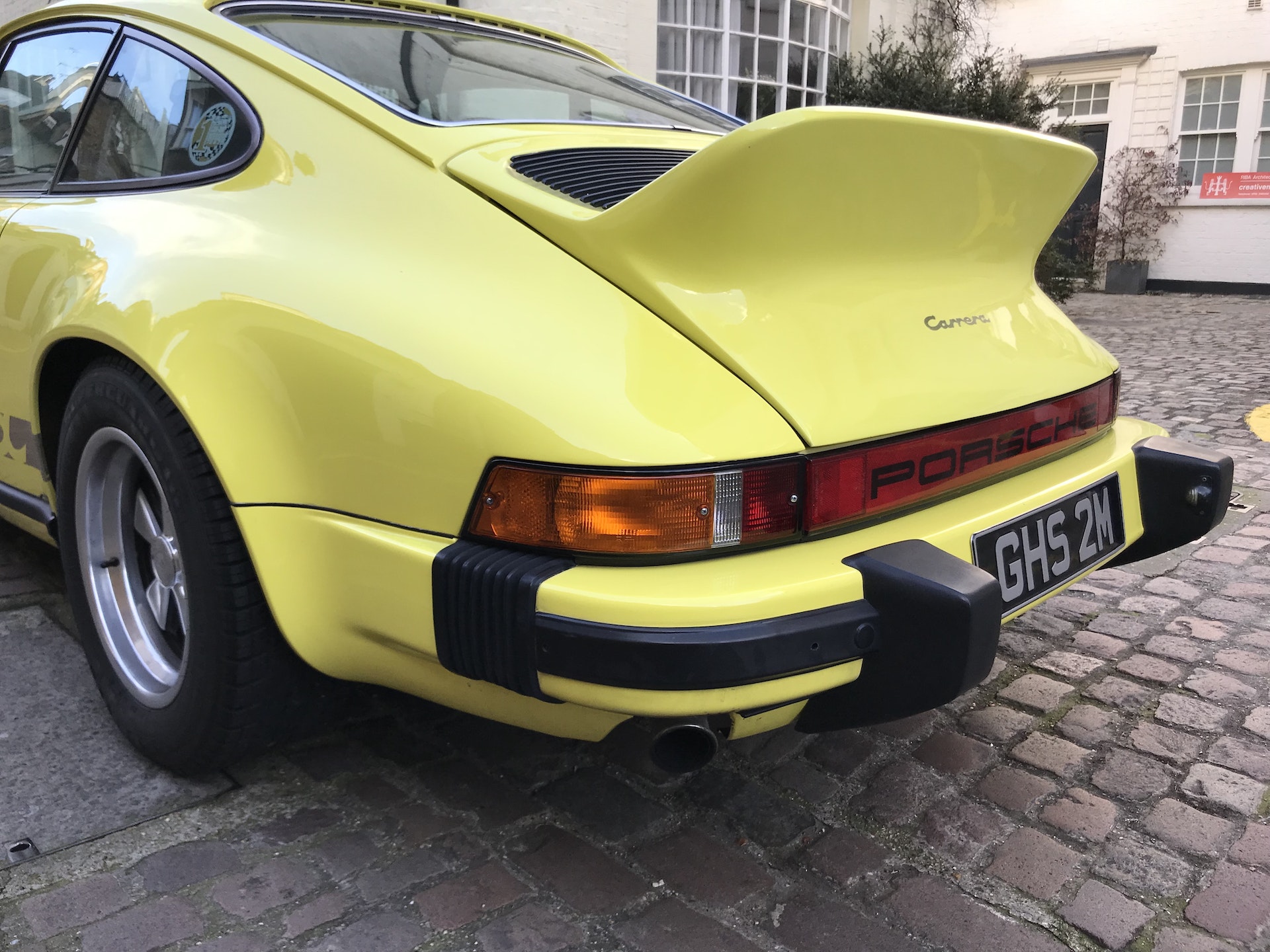 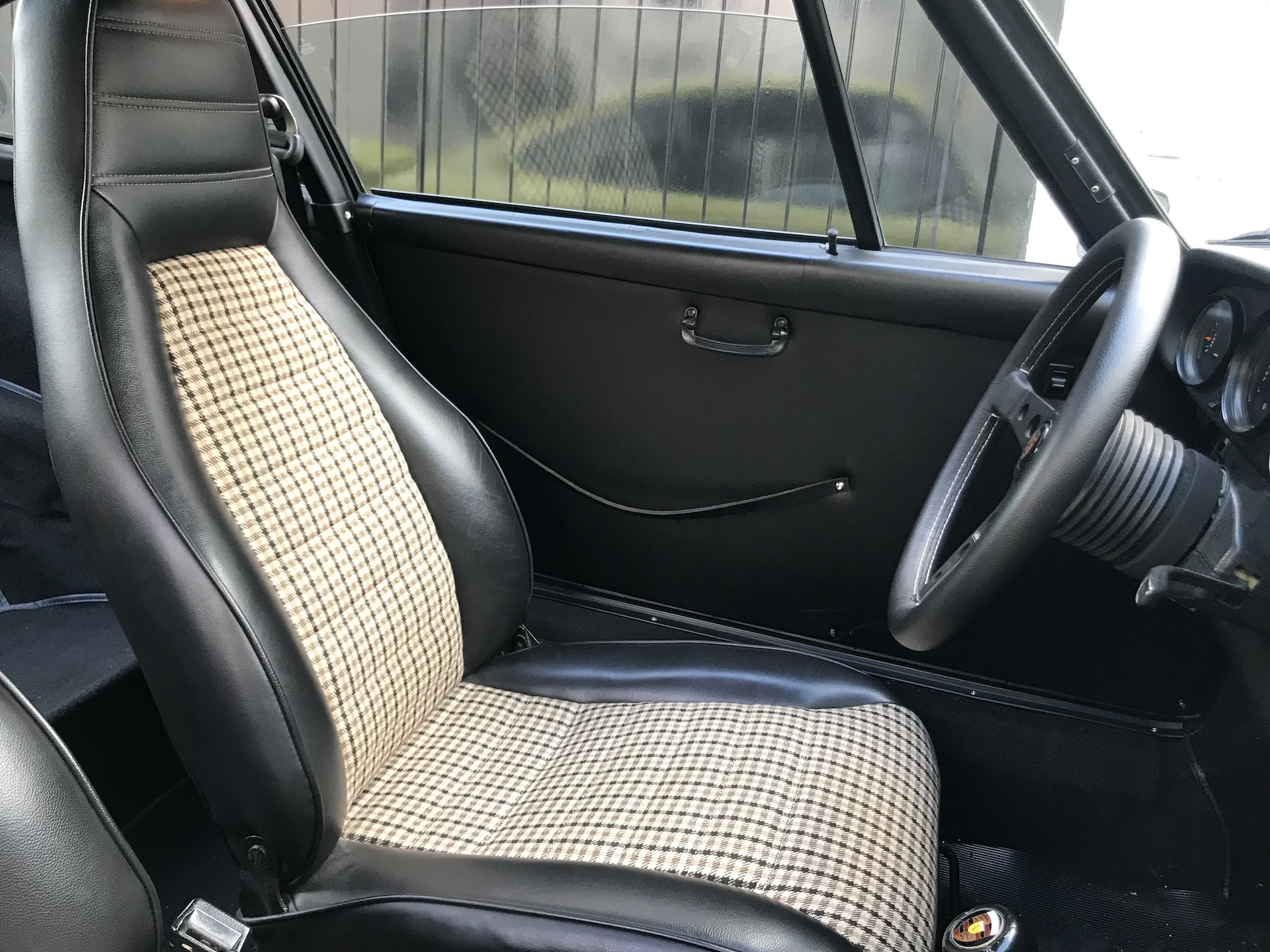 The vendor understands that a professional respray was carried out some years ago, which involved all of the glass being removed, and OEM paint products used to ensure a perfect replication of the factory ‘Light Yellow 117’ colour. The paintwork now exhibits a light patina with only minor imperfections, although there is some flaking underneath the engine cover. All of the rubber seals were replaced during the repaint as well. 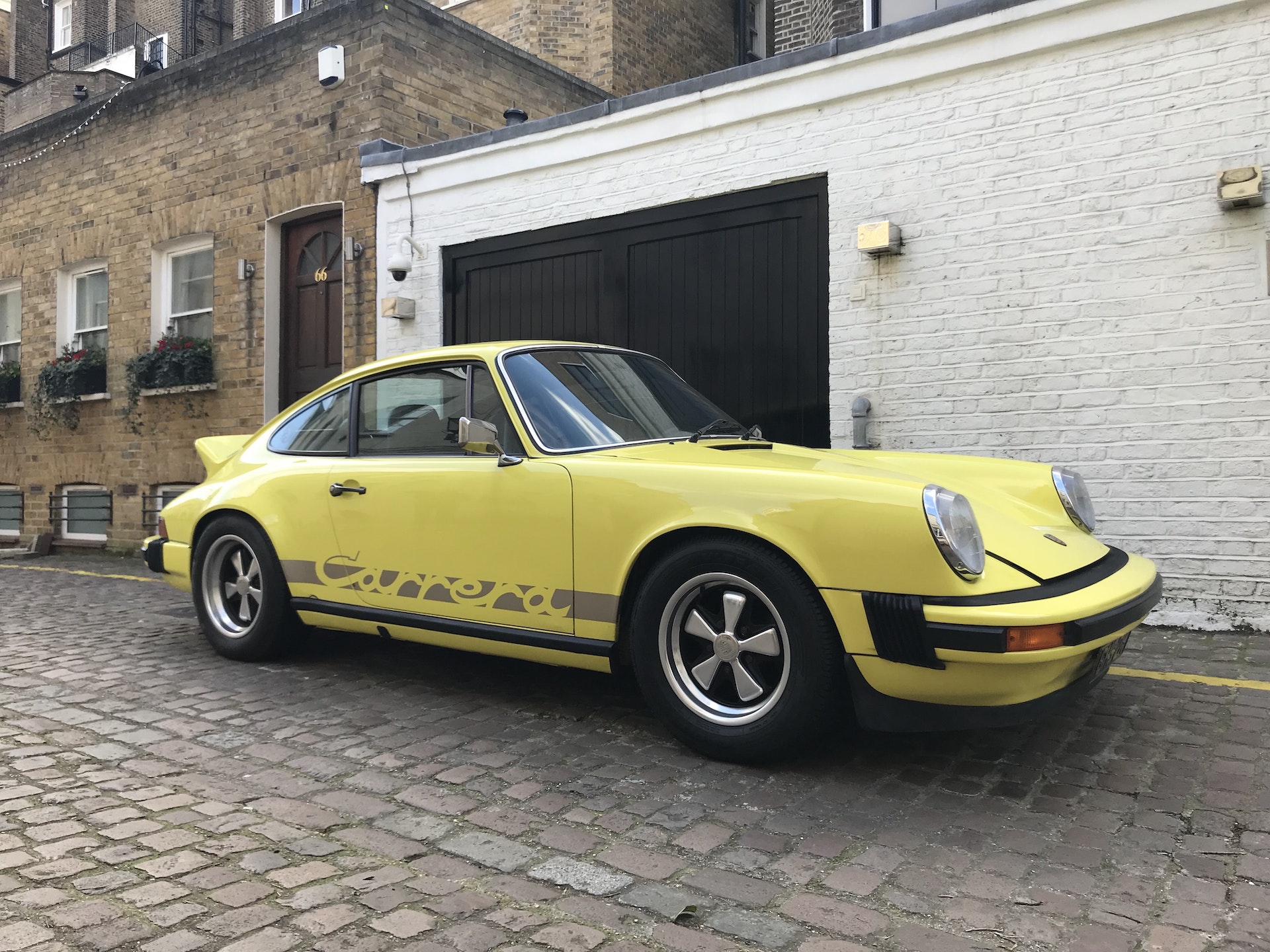 Door jambs and shuts are original, and retain the undamaged factory emission-control sticker, engine decals and the unmolested paint code tag. It is believed that the car is accident-free, with all original pans and body panels, with no rust or repairs. It also retains the factory steel-framed ‘ducktail’ spoiler. When the car was inspected at marque specialist Historika, the team was reportedly impressed with the state of the shell and overall condition. 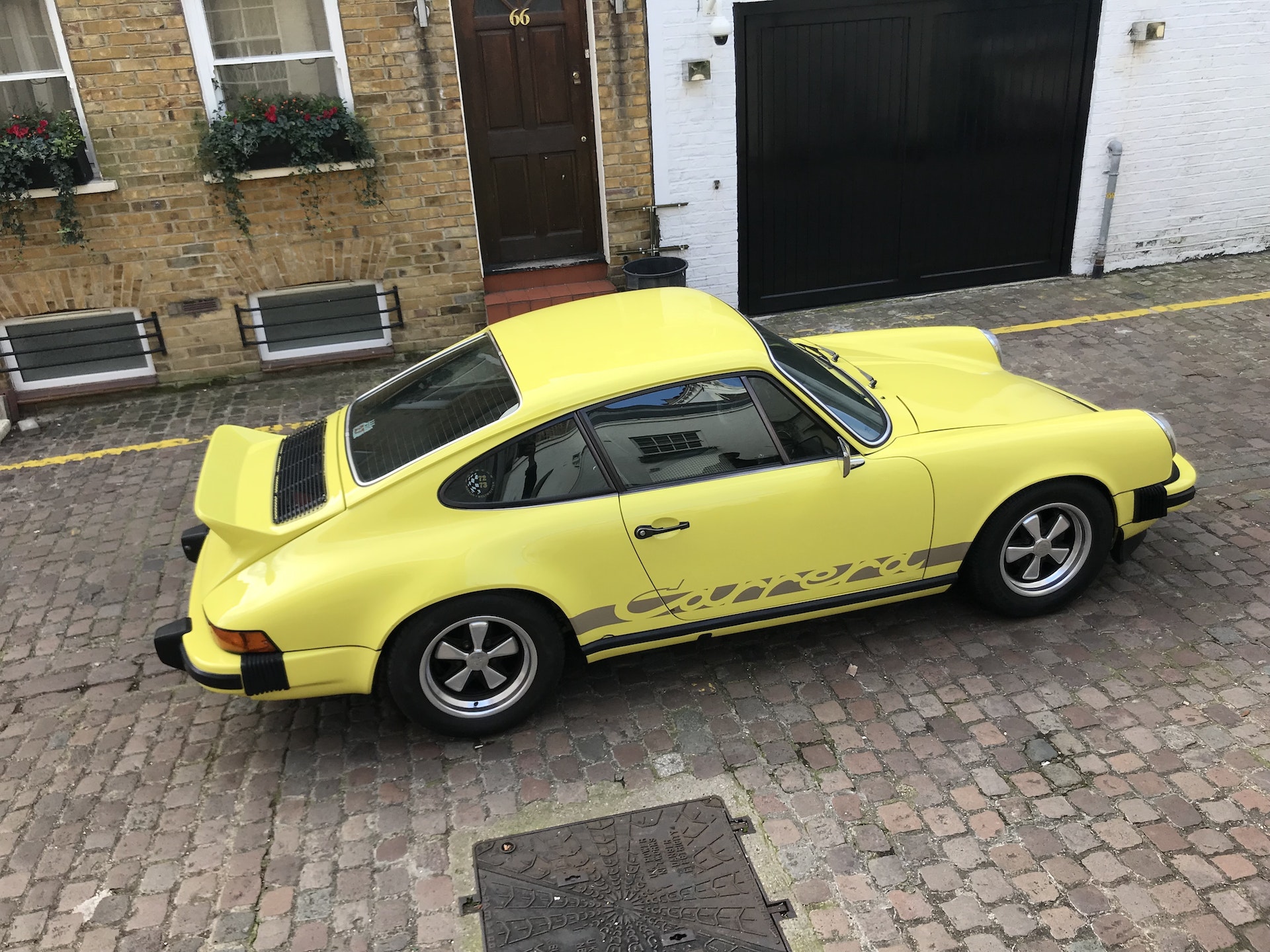 It is fitted with correctly-dated Fuchs alloy wheels, which have been refinished, anodised and repainted, and now present in ‘as new’ condition. The tyres are 215/60 R15 size. Historika was tasked with tidying up the wiring and installing UK-specification headlights and tail light lenses. 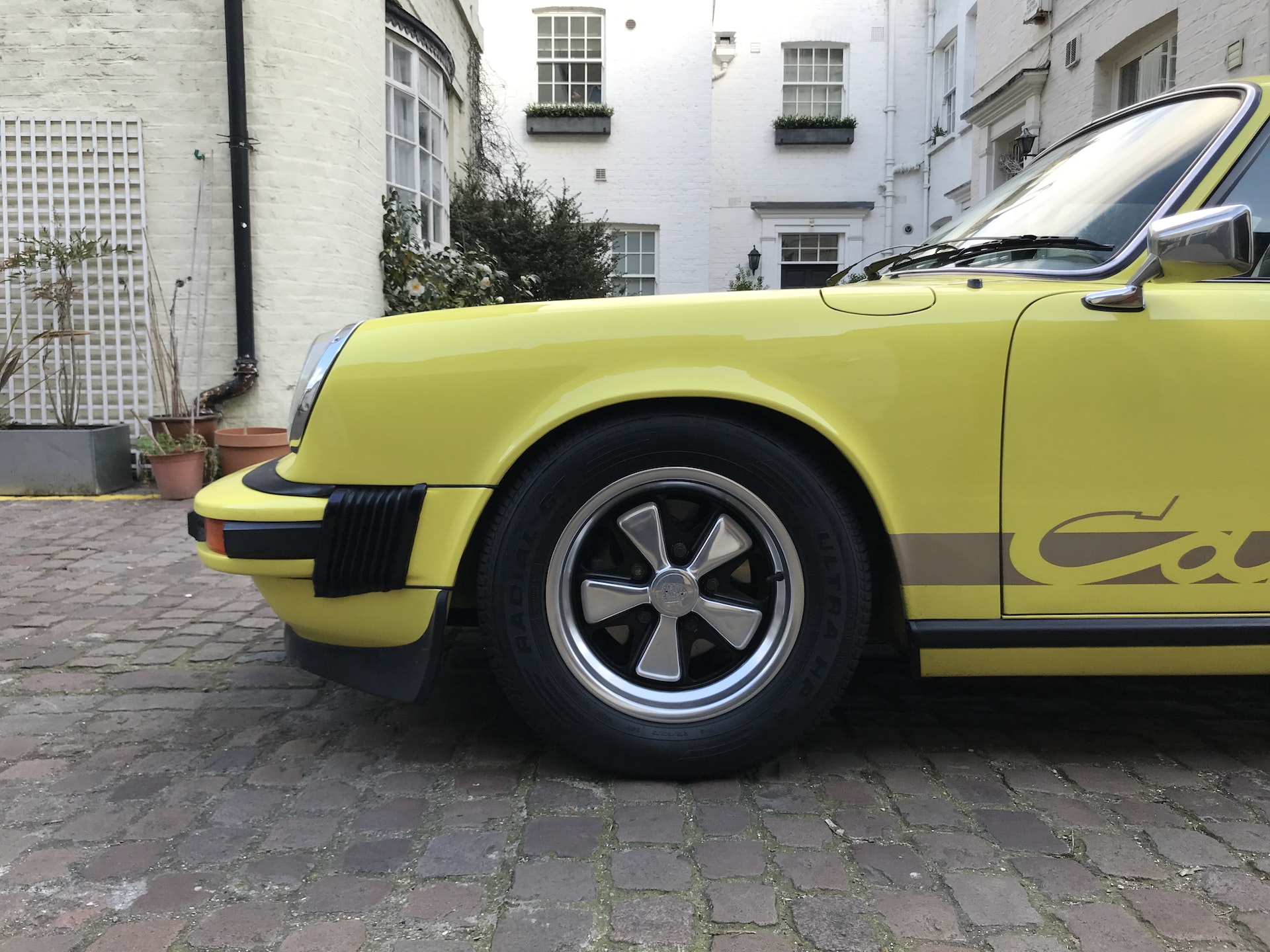 Inside this 2.7 Carrera, the cabin has been refinished to a high standard. The seats were retrimmed in black leather by the previous owner with houndstooth tweed centre panels for a period-correct look. Historika later installed a new, lightweight carpet set, and upgraded the door cards to RSR-style flush leather panels with strap openings and plastic handles. There are some hairline cracks in the top of the dashboard, as well as some deterioration of the door cap trim around one of the locking pins. New carpets were fitted in the boot at the front, and a new MOMO Prototipo steering wheel was also installed. 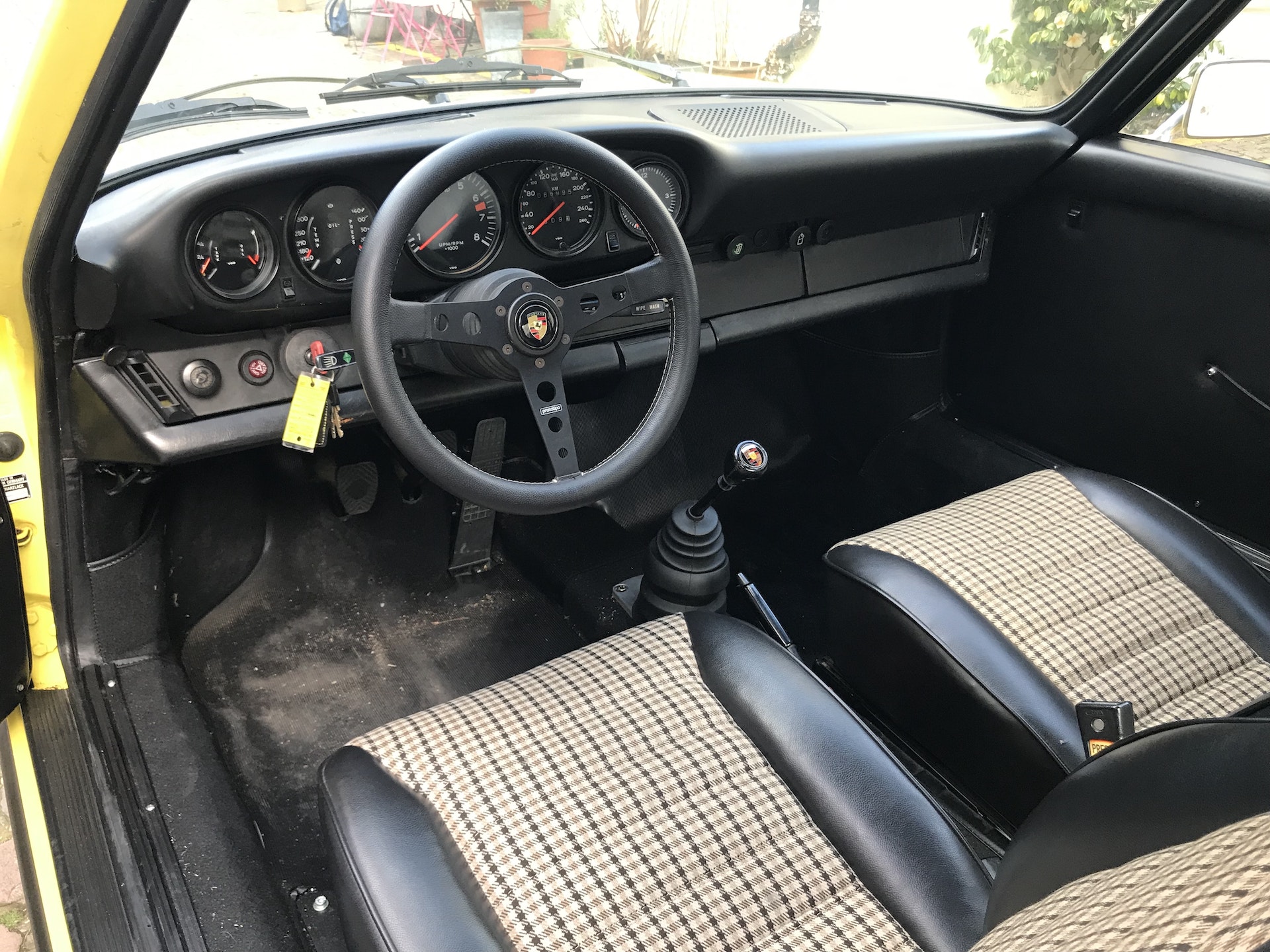 The underside of the car is in excellent condition, as can be seen in the photo gallery. Furthermore, a spend of around £14,000 with marque specialist Historika has seen that the car is completely sorted mechanically, and ready to enjoy. 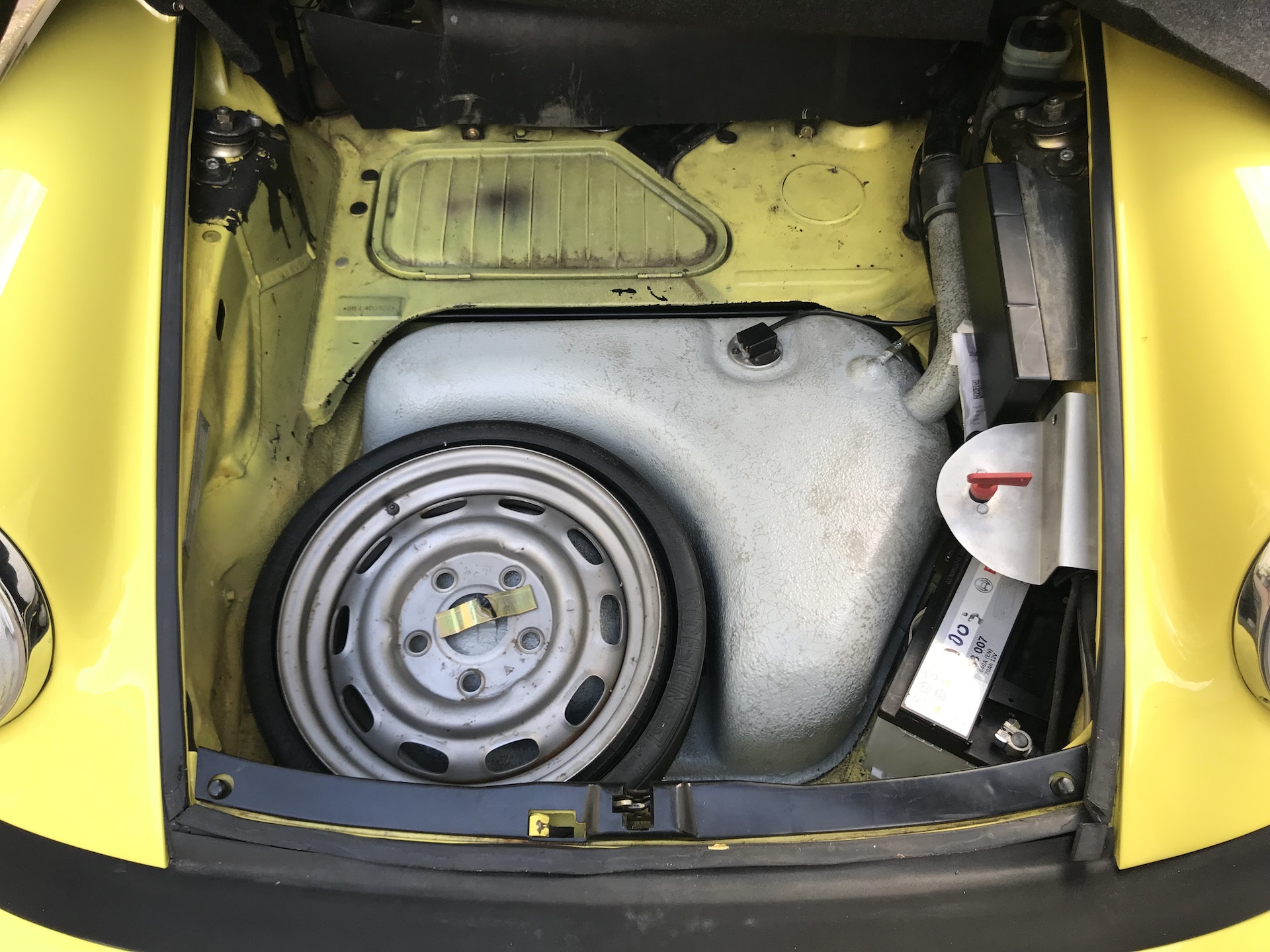 Work on the 911 included stripping and rebuilding the suspension and braking systems, delivering a more compliant setup that is both better suited to UK roads and closer to the original factory specification. It was fitted with new bushes all round and softer anti-roll bars at the front and rear. All four shock absorbers were also rebuilt, and the front wheel bearings were replaced. 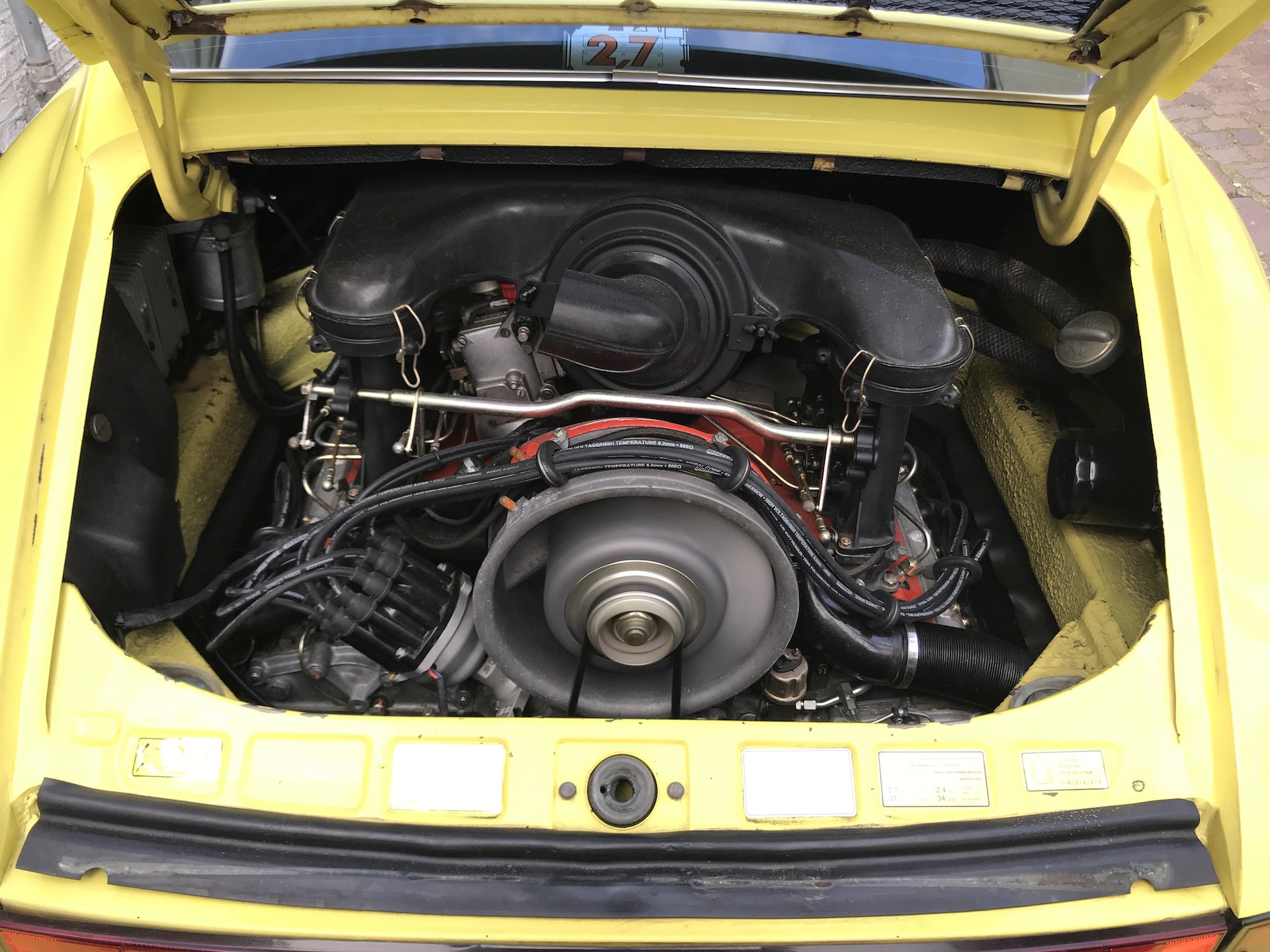 When the engine was rebuilt in 2015, all of the correct components were retained. The heads were restored and machined for twin plug use, while all the ancillaries were refinished, powder-coated, plated and anodised. The magnesium MFI pump was inspected and cleaned, but needed no further work. 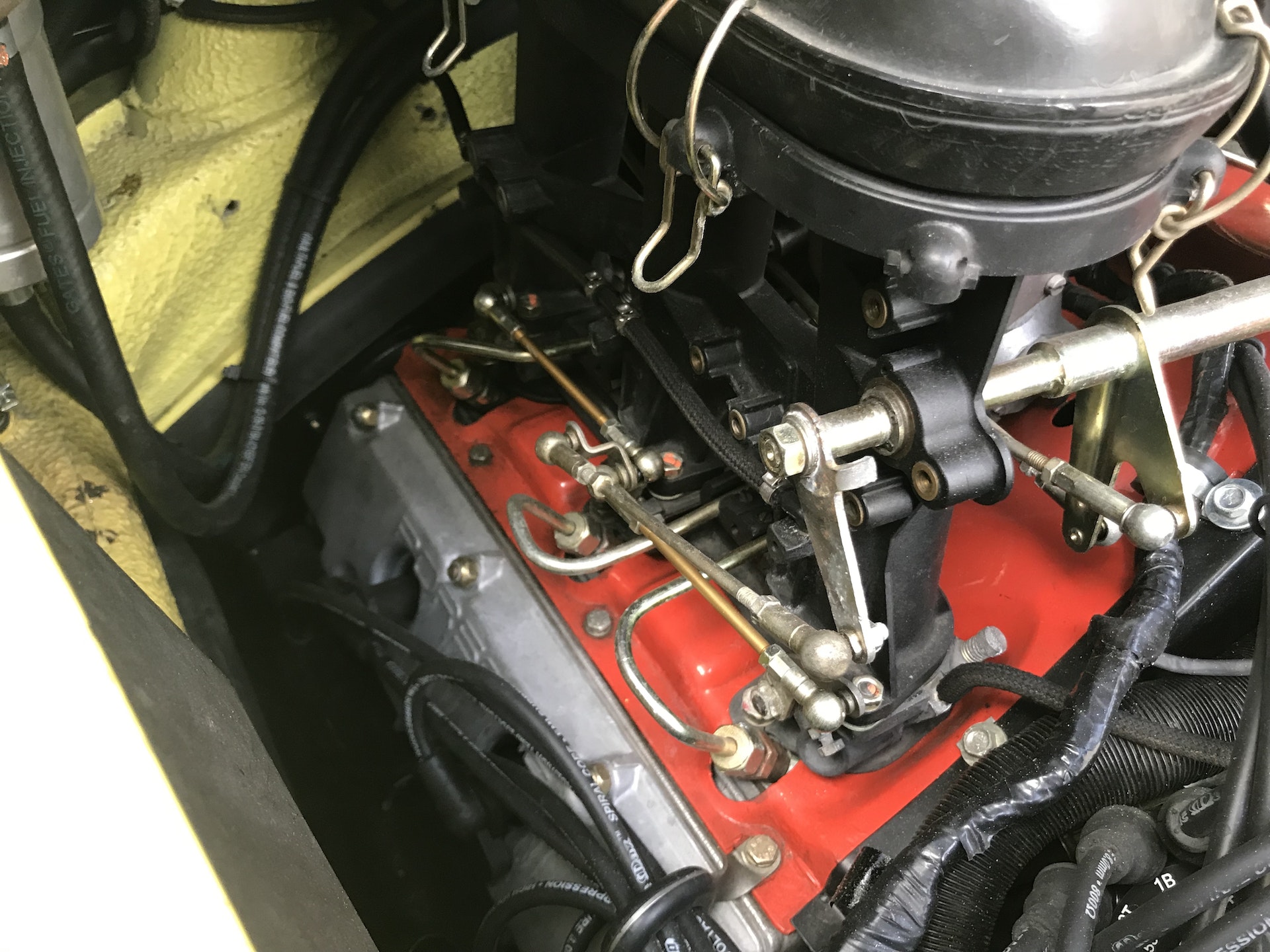 The car has Carrera RS front wing oil coolers installed to keep the running temperature low. During the rebuild, the correct 915 transmission with limited-slip differential was inspected and re-fitted. A new clutch unit and stainless steel heat exchangers completed the mechanical restoration. 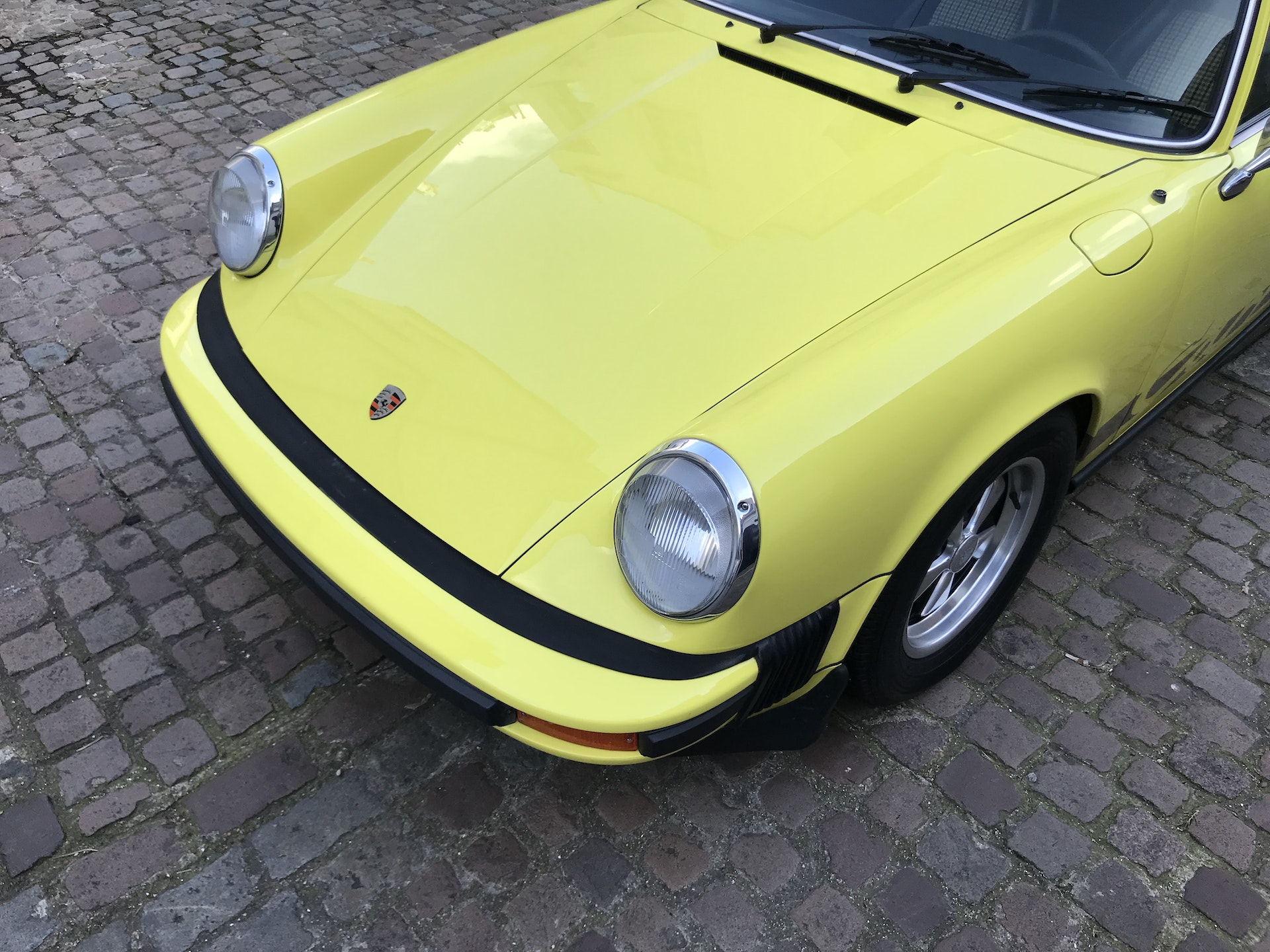 While this ‘G-series’ car is a non-matching numbers example, its provenance means it could be viewed as the ‘best of both worlds’ - an original, dry-climate 2.7 Carrera shell mated to the running gear of a European-specification MFI model. The current owner has spent whatever it took to ensure the car is mechanically spot-on, while leaving the body as he acquired it from the earlier restoration. 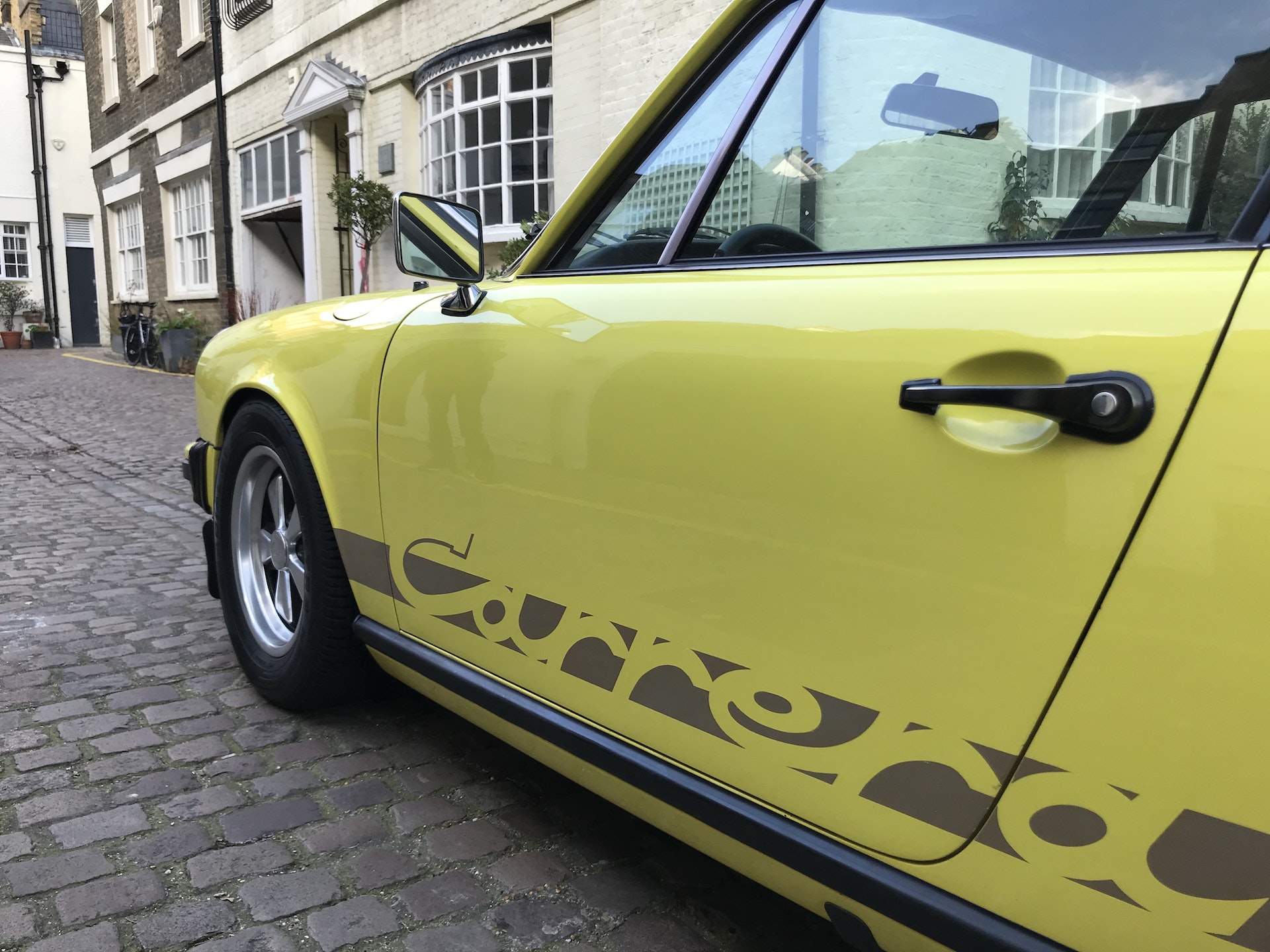 Equipped with the original factory space-saver spare wheel, the car also wears a cherished registration that is period-correct for a 1974 UK car, and on silver/black pressed aluminium number plates. This 2.7 Carrera has a superb, powerful engine that is smooth, sonorous and tractable. At a fraction of the cost of a 1973 2.7 RS, this 911 is ready to be enjoyed on the road without further expense.