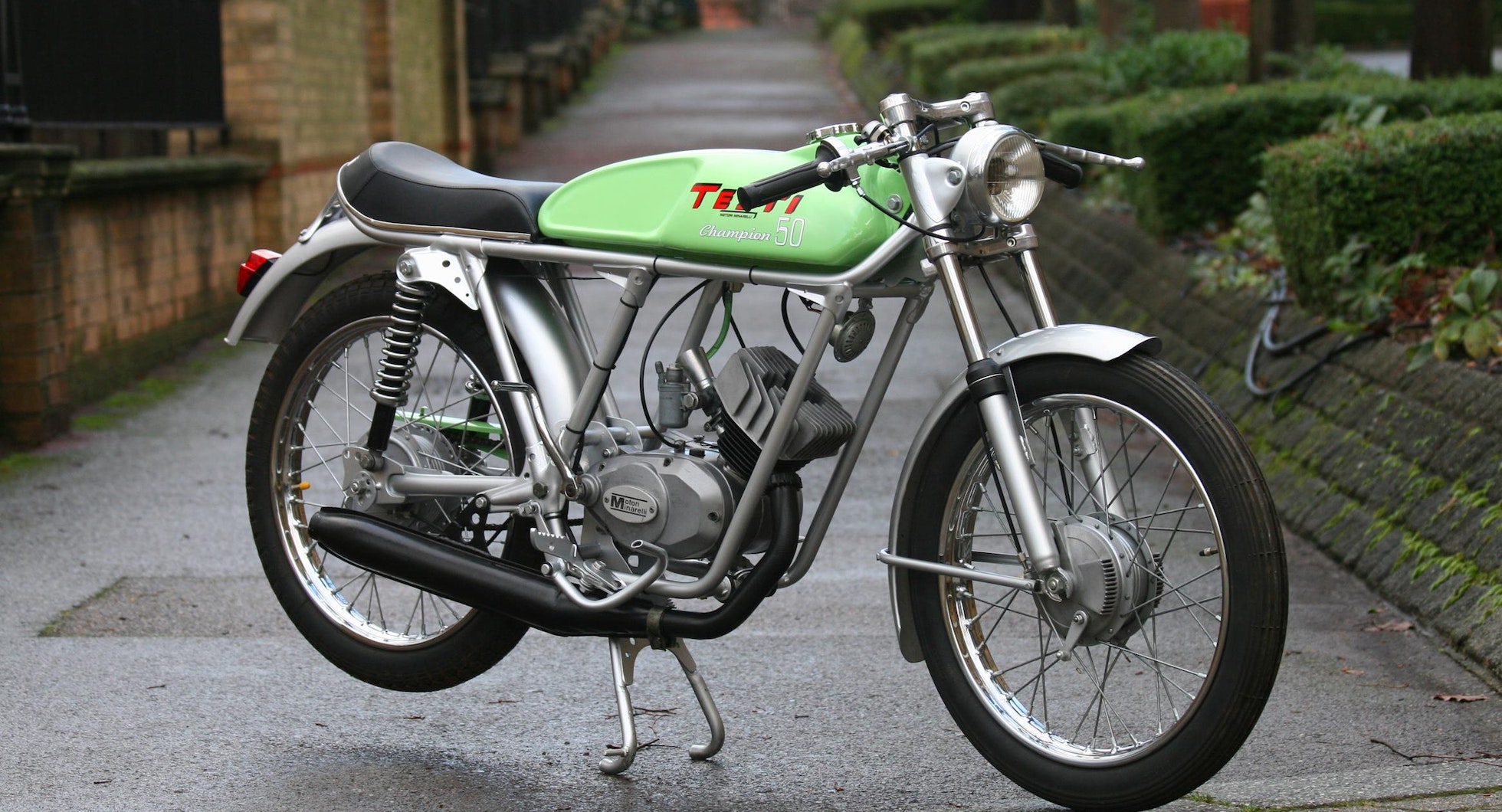 This 1973 Testi 50 Champion Veloce P4 is a rare and handsome lightweight ‘Franco-Italian’ classic motorbike, presented in very impressive restored condition. It is powered by a 50cc two-stroke Motori Minarelli P4 engine, coupled to a four-speed transmission. 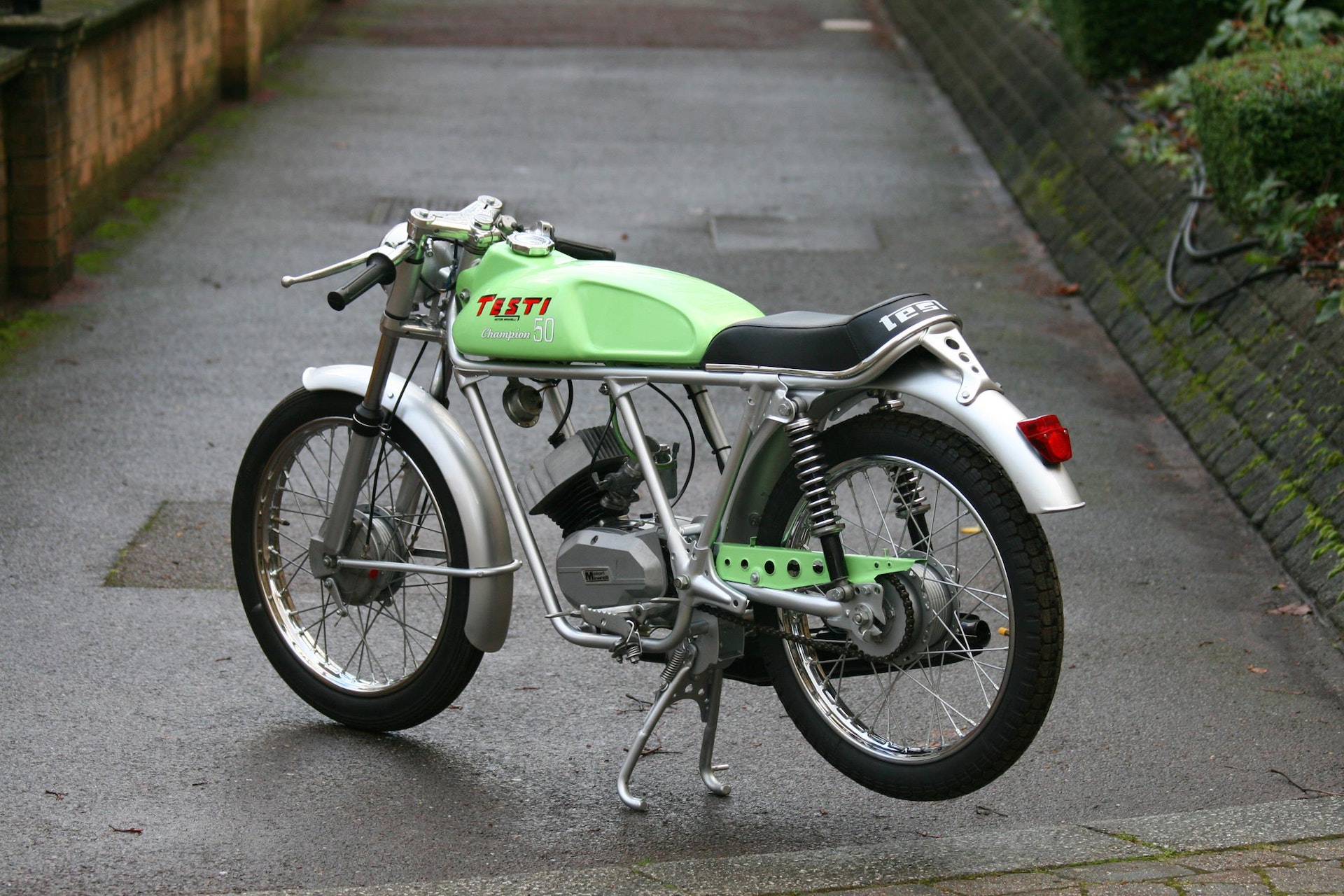 The Champion Veloce is one of around a dozen models produced in the 1970s and 1980s in a tie-up between French bike manufacturer Gitane and Italian motorcycle brand Testi. Minarelli motors were sought after by a range of motorbike manufacturers during this period, and their engines powered the 125cc Grand Prix World Champions in 1979 and 1981. 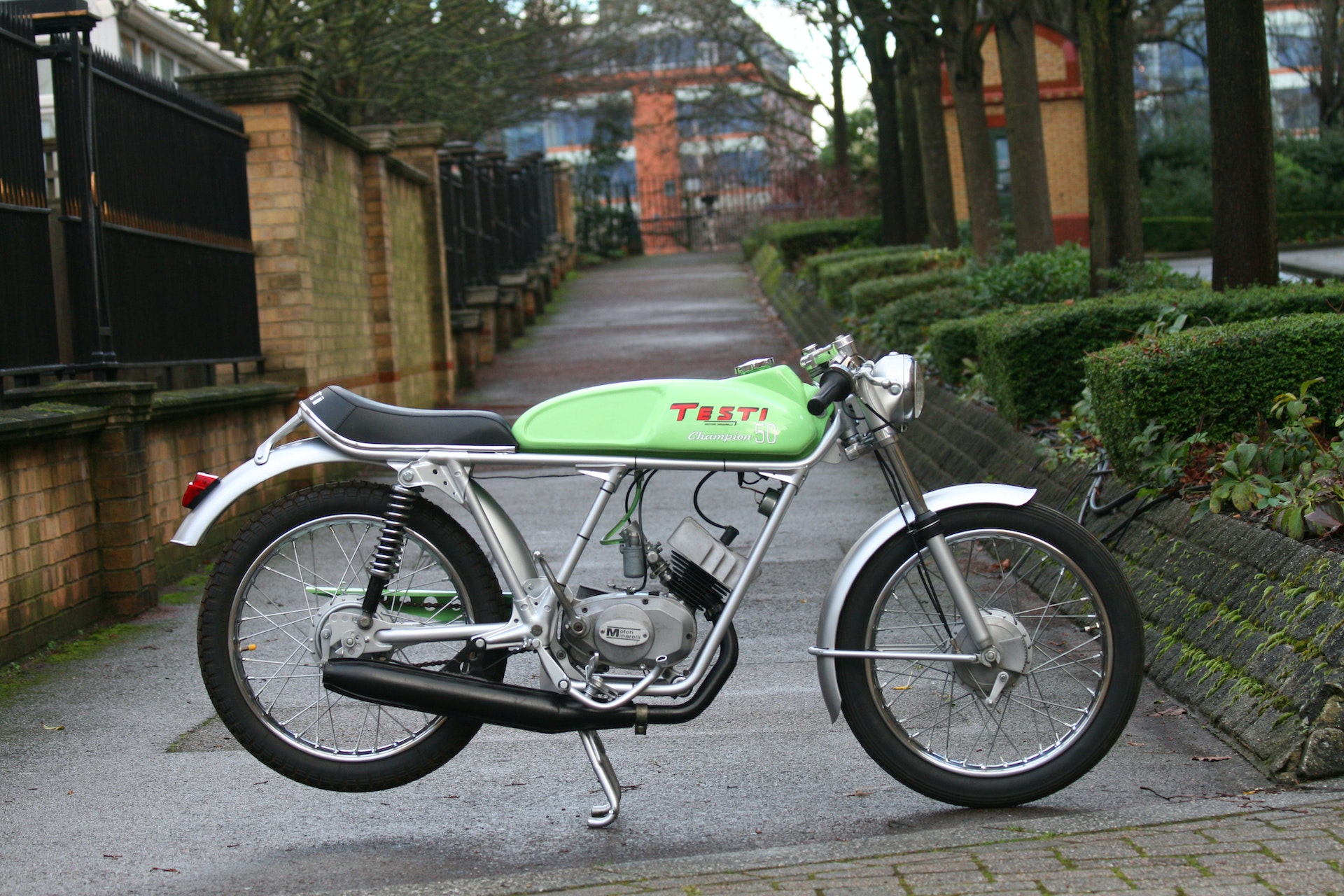 Understood to have been registered in Italy from new, it has been fully restored in recent years. Since then it has seen minimal use, and was acquired by the vendor late last year. The bike was subsequently exported to the UK from Italy, and while it has been put through the NOVA process and cleared with HMRC as a ‘taxes paid’ vehicle, it has not been registered for road use. 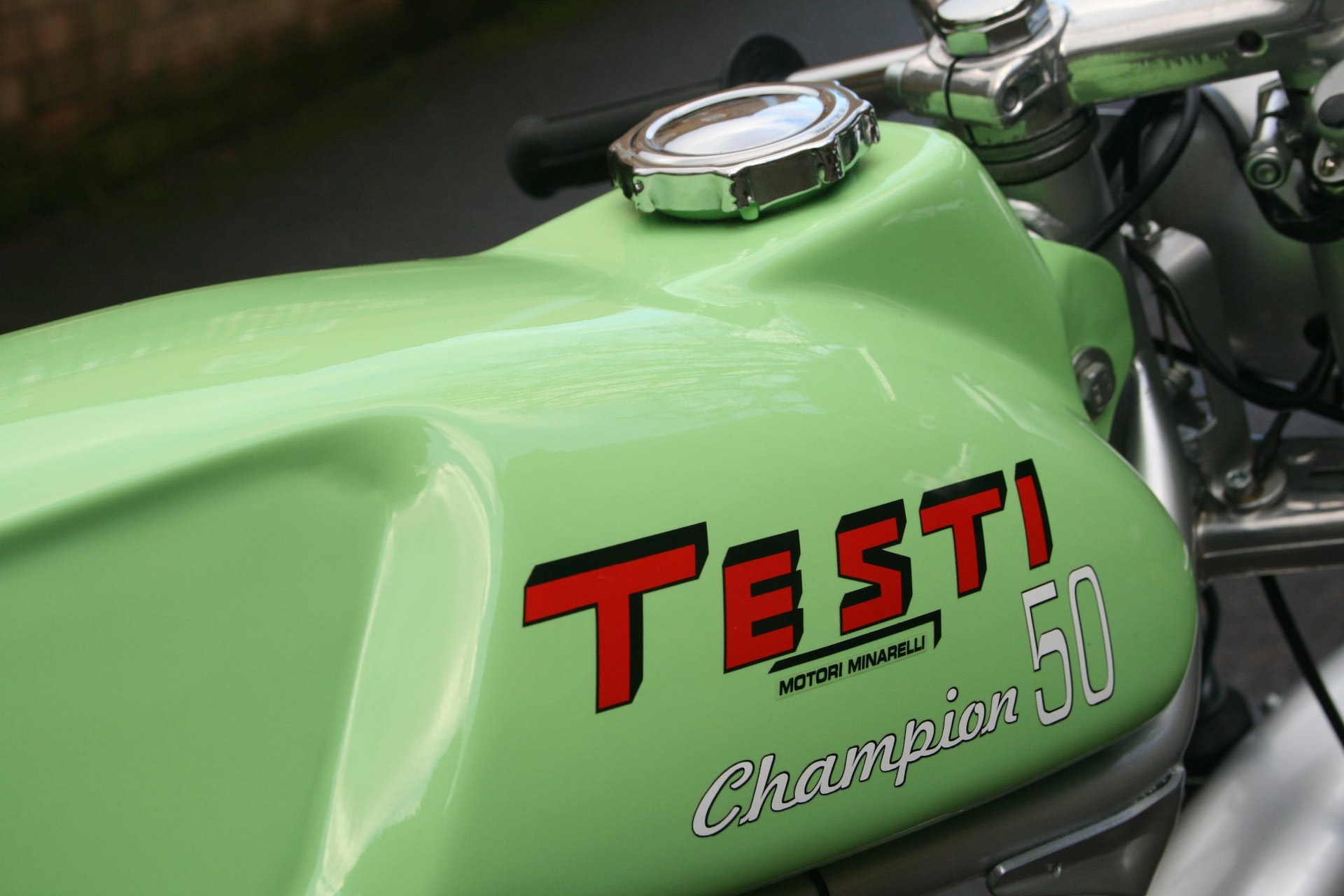 The Testi Champion Veloce has an appealing ‘cafe racer’ design, with an elegant silver frame, and the same finish applied to the spray guards. The fuel tank and rear strut of this example are painted in vibrant light green. Overall, the cosmetic condition is very good, with only a small paint reaction bubble on the side of the fuel tank, a blemish near the filler neck, and a minor scratch on the side of the frame that has been touched in. There is also a crack in the paint on the rear guard, and these imperfections are shown clearly in the photo gallery below. 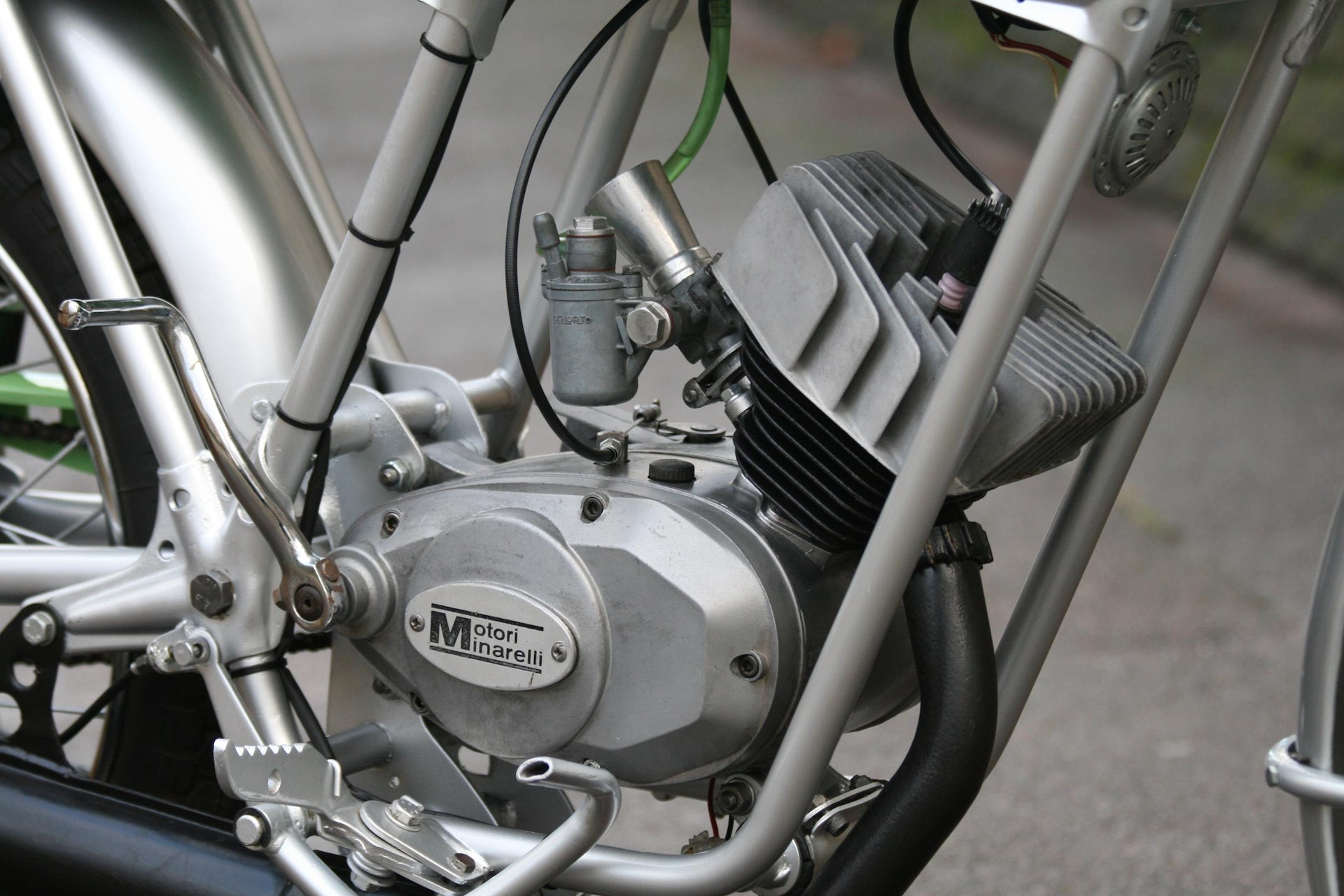 All of the metalwork is in very good order, as is the motor casing, and all of the bolts, pipes and cables. The hand grips also appear to have been renewed during the restoration and are in great shape. Its saddle has been re-trimmed in black vinyl, with a chrome finisher strip around the base and the ‘Testi’ logo applied in white to the back. 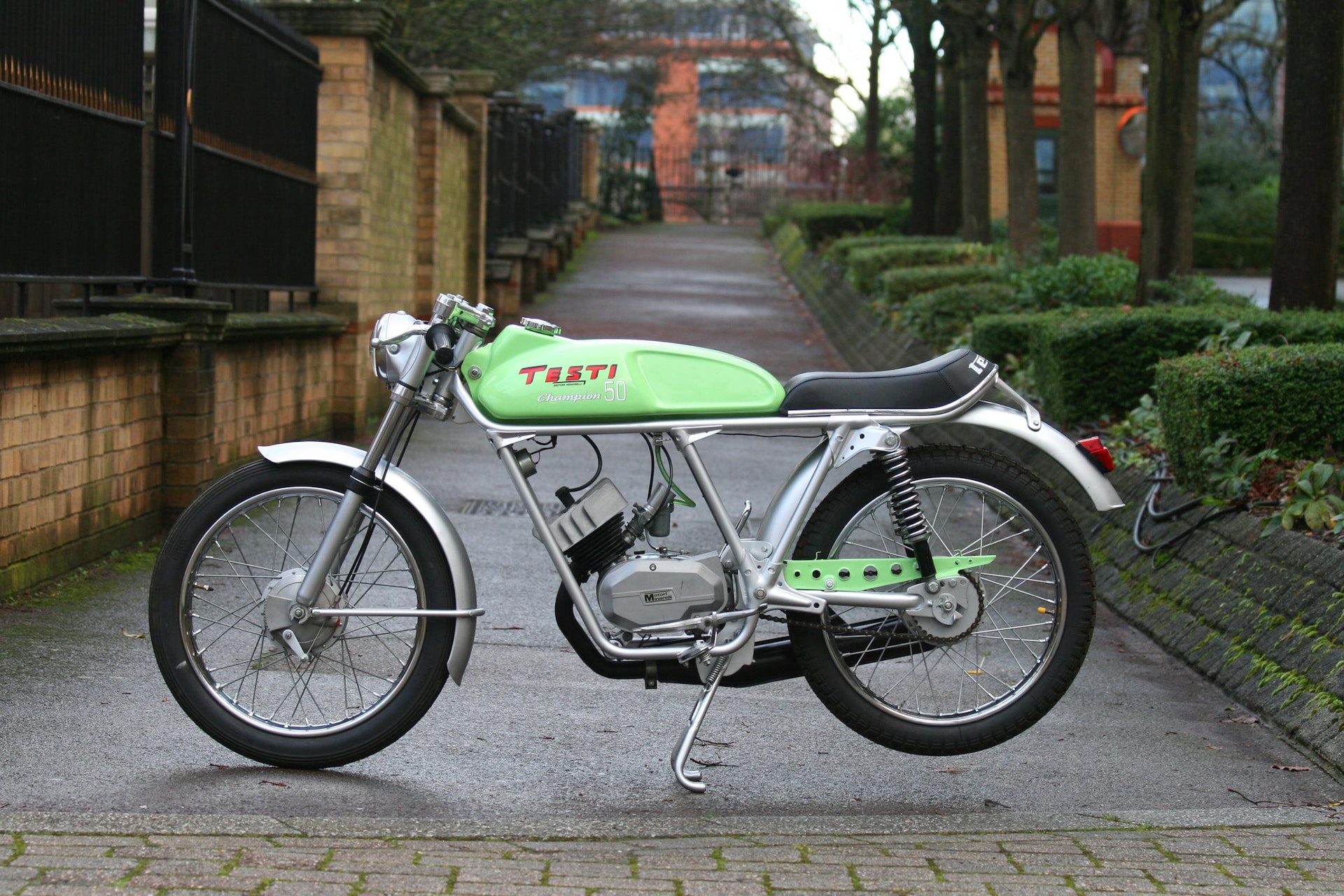 The bike is presented in superb mechanical condition. The vendor, who is an experienced classic motorcycle enthusiast, has conducted a short test ride around private roads and reports the Minarelli engine starts easily and runs very well, with all four gears engaging and operating as they should. 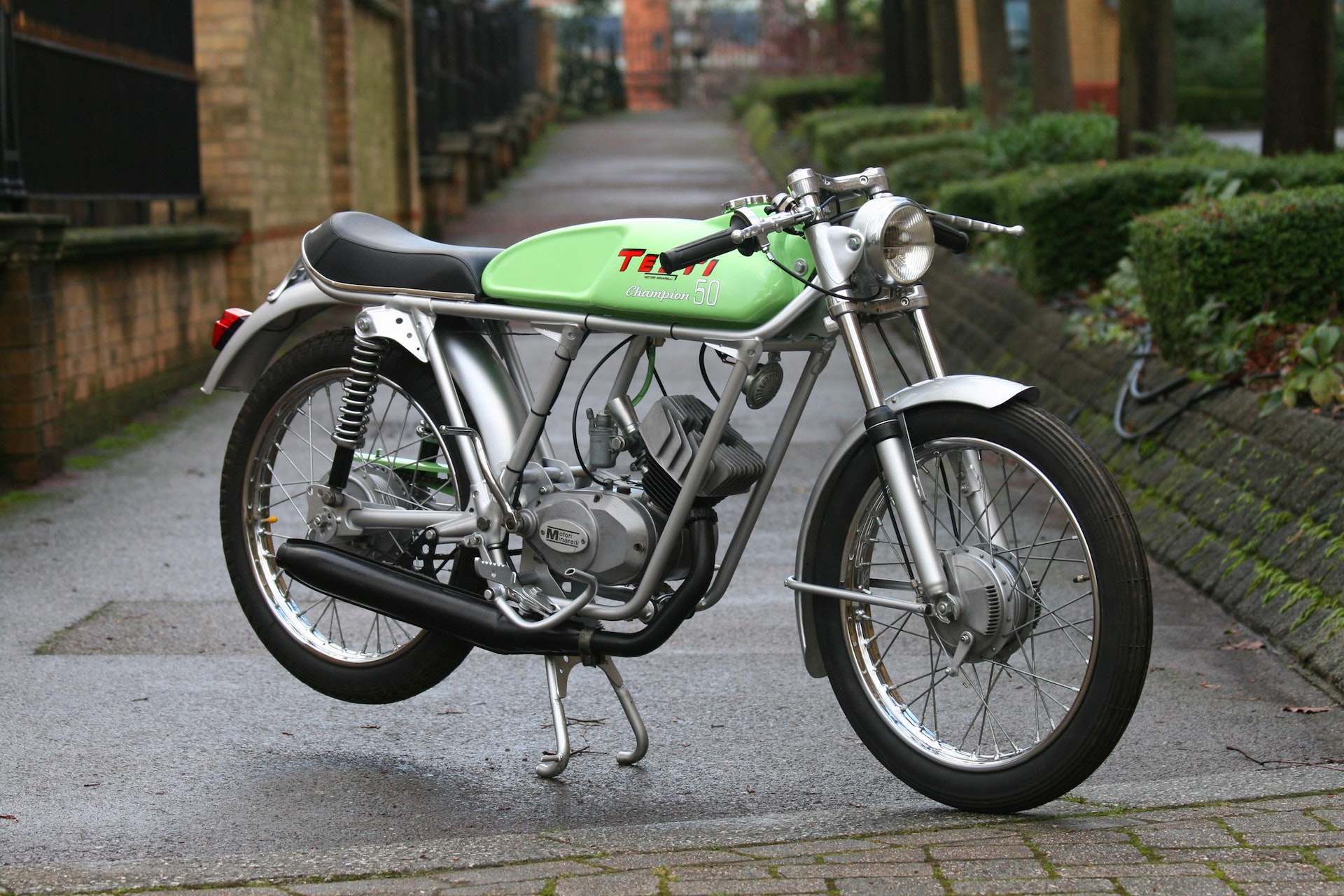 This Testi 50 Champion Veloce is a very smart 1970s rarity that would be an intriguing addition to any collection. It would look superb even if only used as a static display vehicle, but the bike’s sporting performance means the next owner should definitely experience it on the road.