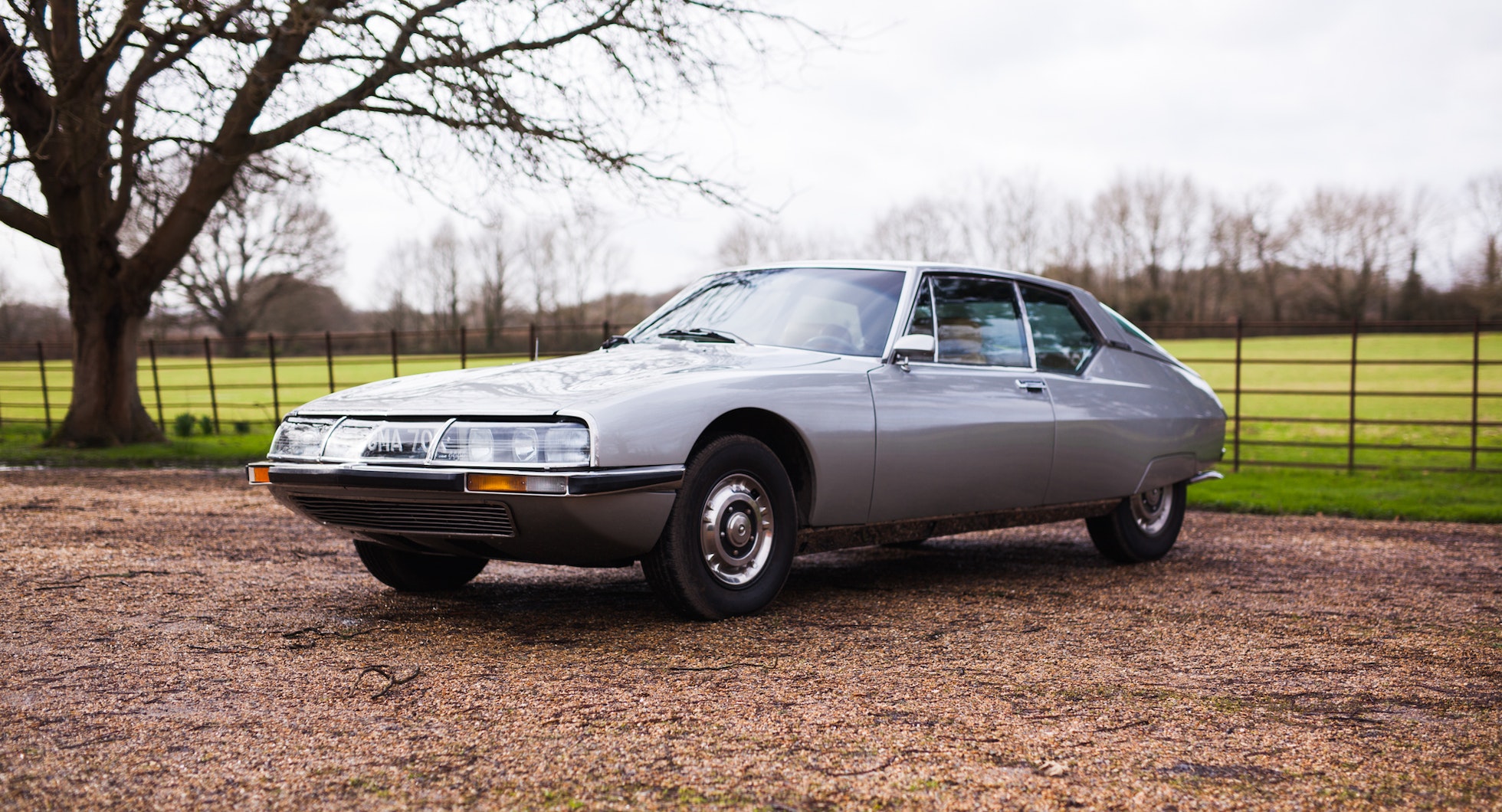 This 1971 Citroen SM is a smart example of a wonderfully esoteric grand tourer, presented in superb condition following restoration of the bodywork and interior. It is powered by a 2.7-litre Maserati V6 fed by triple Weber carburettors, producing around 170hp, and driven through the front wheels via a five-speed manual transmission. The odometer indicates just 58,662 miles from new. 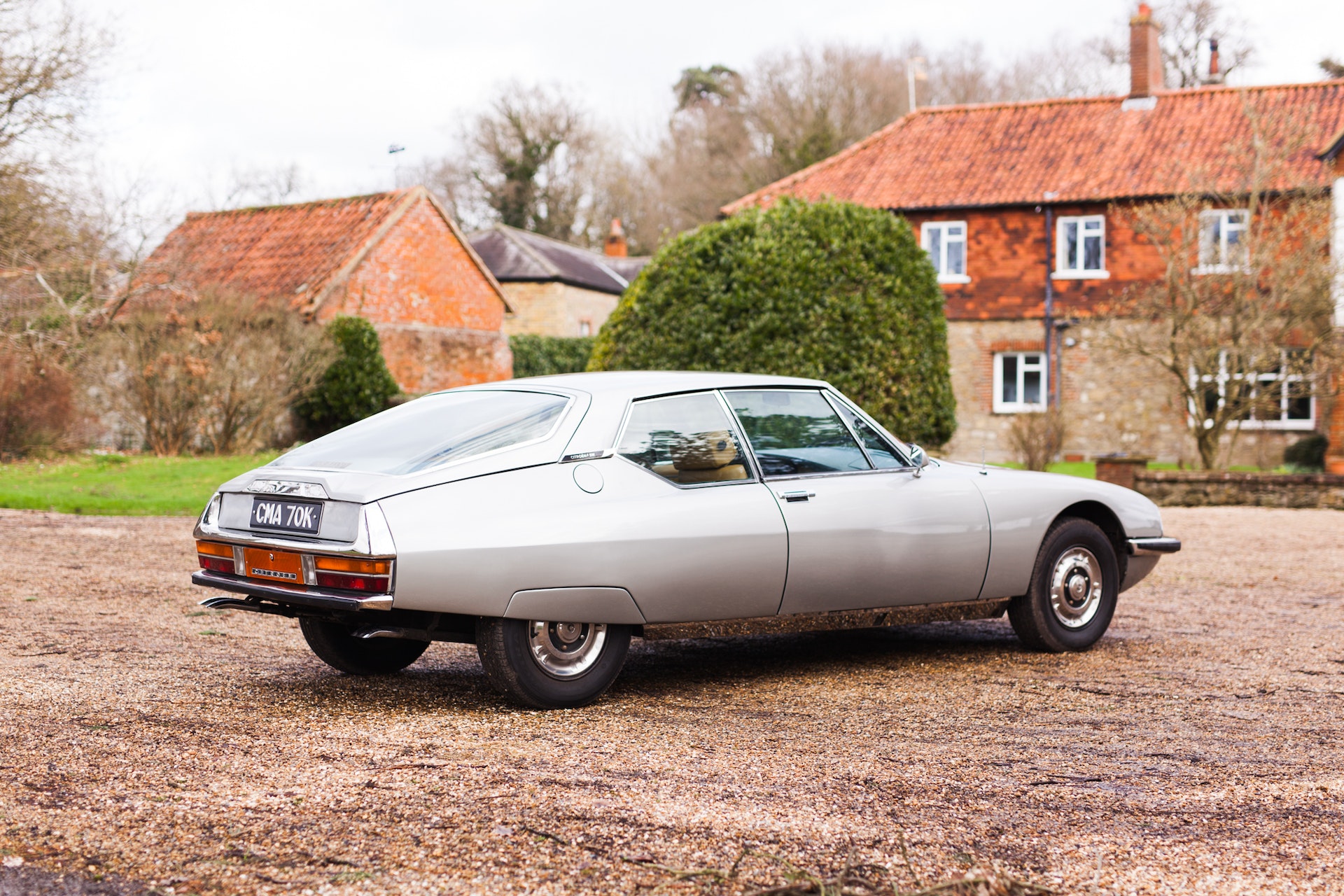 All examples of the SM rolled off the production line in left-hand drive, but this is a rare original UK import that benefits from a speedometer readout in miles-per-hour. It is understood to have been completed in September 1971, and then delivered as a brand-new car to the UK the following month. It has been owned and enjoyed by the seller for more than six years, who has commissioned a substantial amount of work to bring it up to its current high standard, and has covered around 2,200 miles on the road since then. 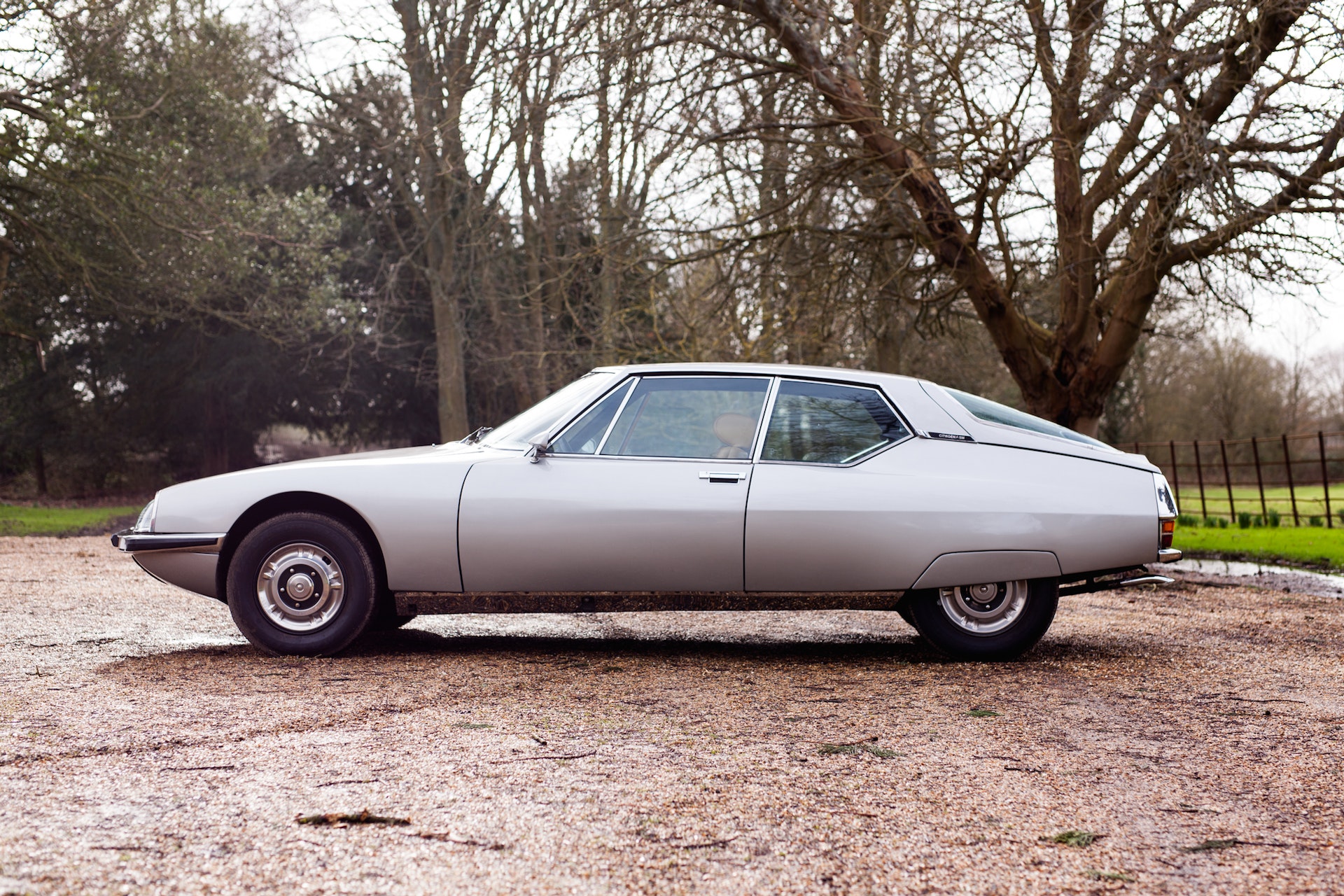 The Citroen SM is a car that captivated motorists around the world with its forward-looking design and technical innovations. It combined the exotic appeal of a Maserati engine with the comfort and sophistication of Citroen’s hydro-pneumatic self-leveling suspension. It was favoured in period by royalty, world leaders, and numerous celebrities from the worlds of music and film. It was also the first foreign car to win the coveted ‘Car of the Year’ accolade from America’s Motor Trend magazine. 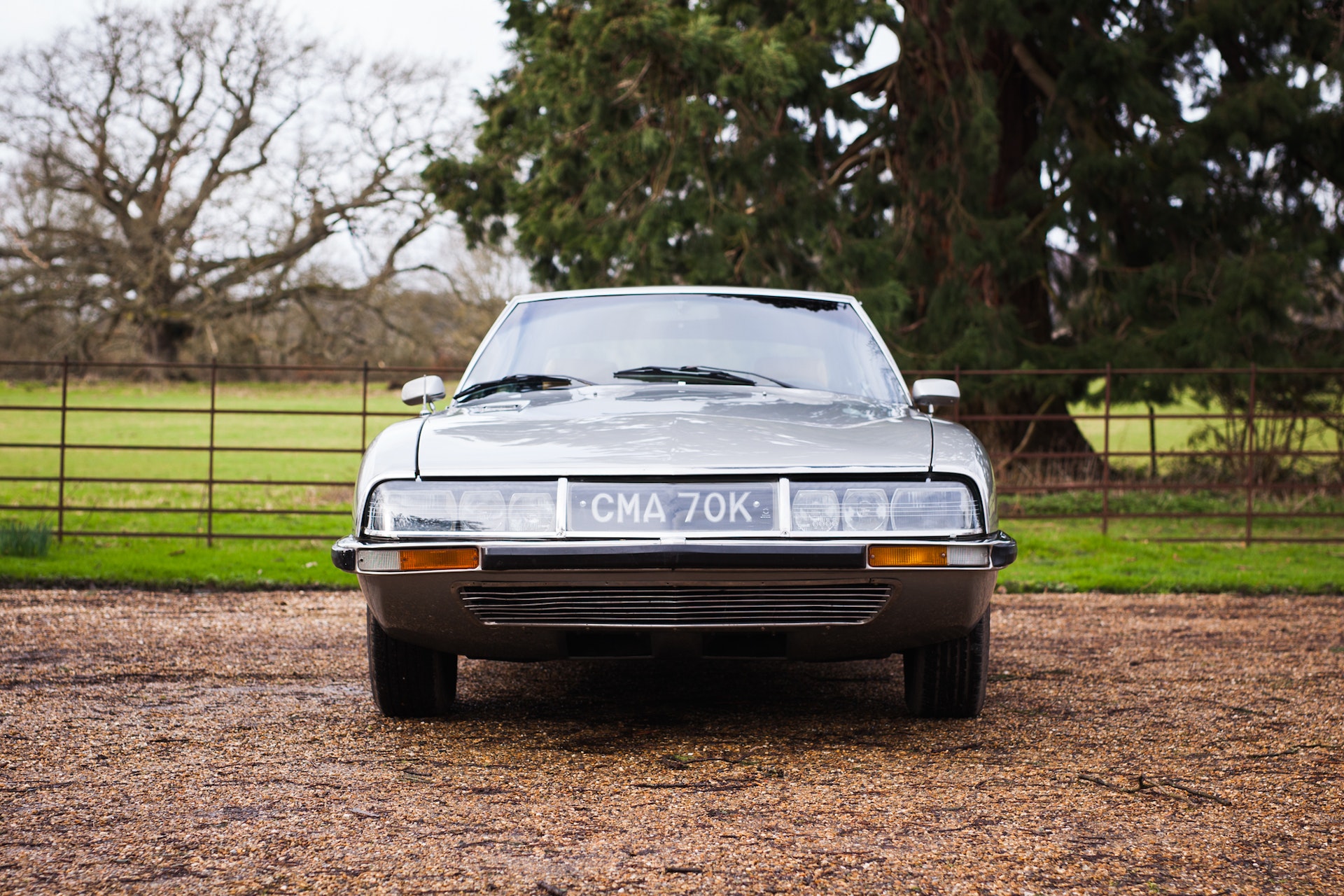 The bodywork of this car is in superb order, having gone through a full restoration between 2015 and 2016. The front wings, rear wings and doors were all replaced with rust-free items from donors, or with new old stock panels. There are in excess of 80 photographs available that document the extensive refurbishment, and the car was finished in the original Citroen colour of Gris Falco. Today, it remains in excellent condition, with only the odd mark around the body, and some slight paint cracking in the front number plate recess. 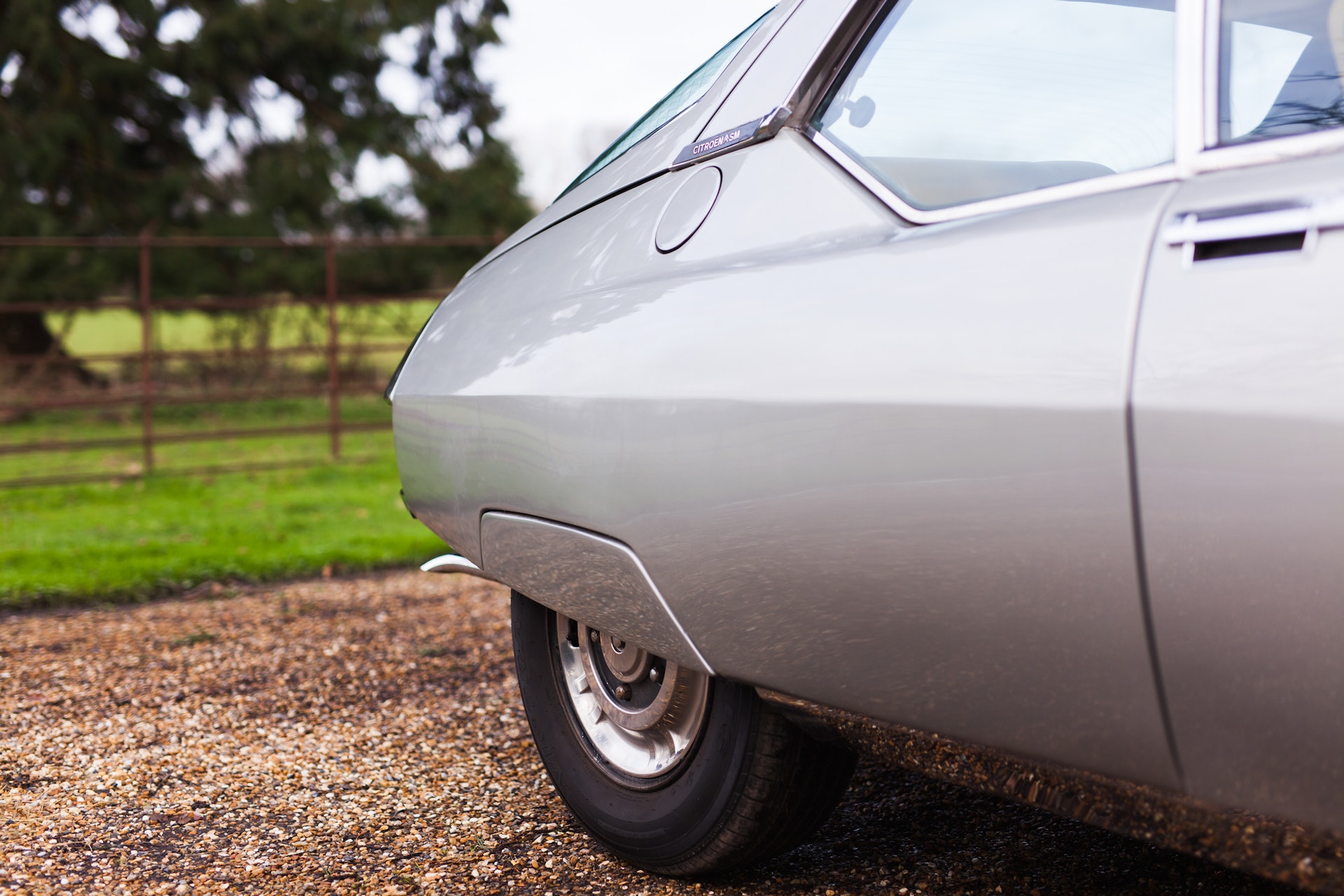 A new Pilkington glass windscreen was specially made and installed, and the front headlights were re-silvered. The bonnet and boot shuts, door jambs, and sills all appear to be in great shape. Numerous original items were kept as-is, including the chrome door handles which show some slight pitting. The car sits on a set of 15-inch steel wheels with elegant stainless trims. 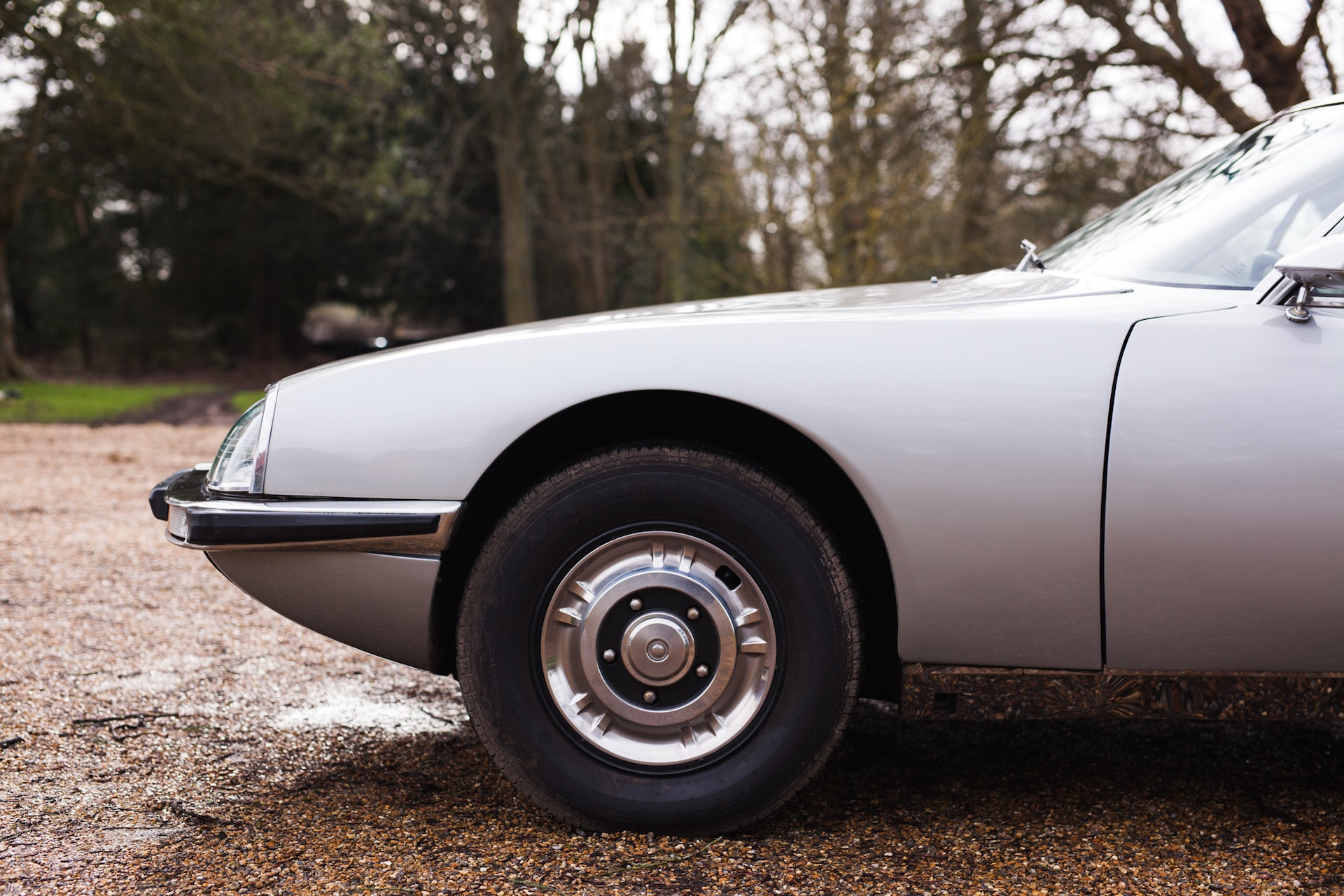 Following the body restoration, the focus then turned to the interior. The seats, door cards and other trim panels were completely re-upholstered in buttery tan leather between 2016 and 2017, retaining the correct seat cover design. Before the re-trimmed seats were installed, a new set of beige carpets was also fitted. 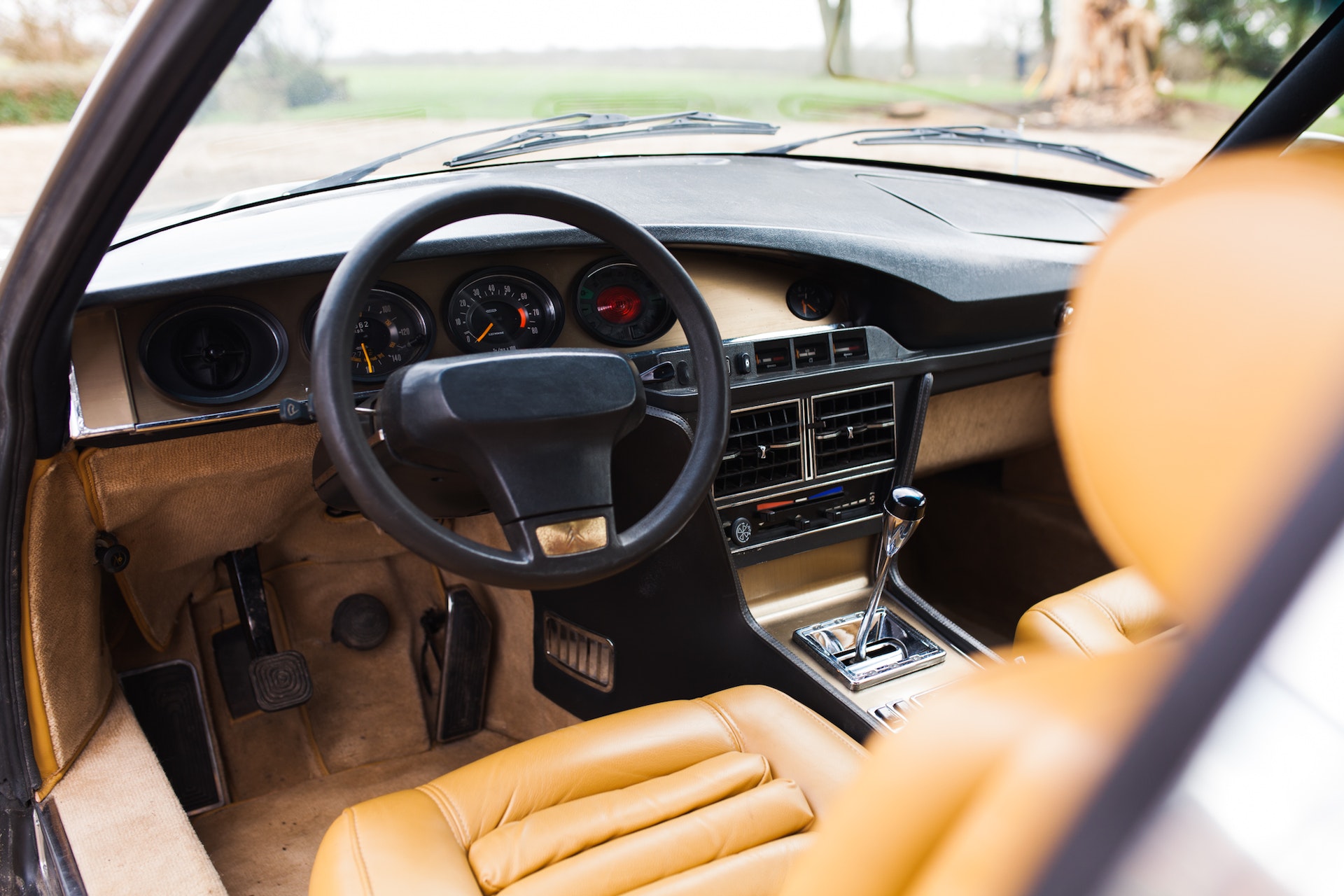 The sweeping asymmetric dashboard is in very good order, fitted with the elegant oval Jaeger instrument dials. While the leather was re-trimmed, the other interior fittings remain original, and so there are a few small scuffs and scratches around the controls and dashboard. A replacement period radio is loosely fitted in the central console, but needs to be securely fitted. At the back of the car, the rear hatch opens and fastens as it should, and the lining carpet around the luggage area is in great condition. A full-size spare wheel and original tool kit also remain stored in the boot. 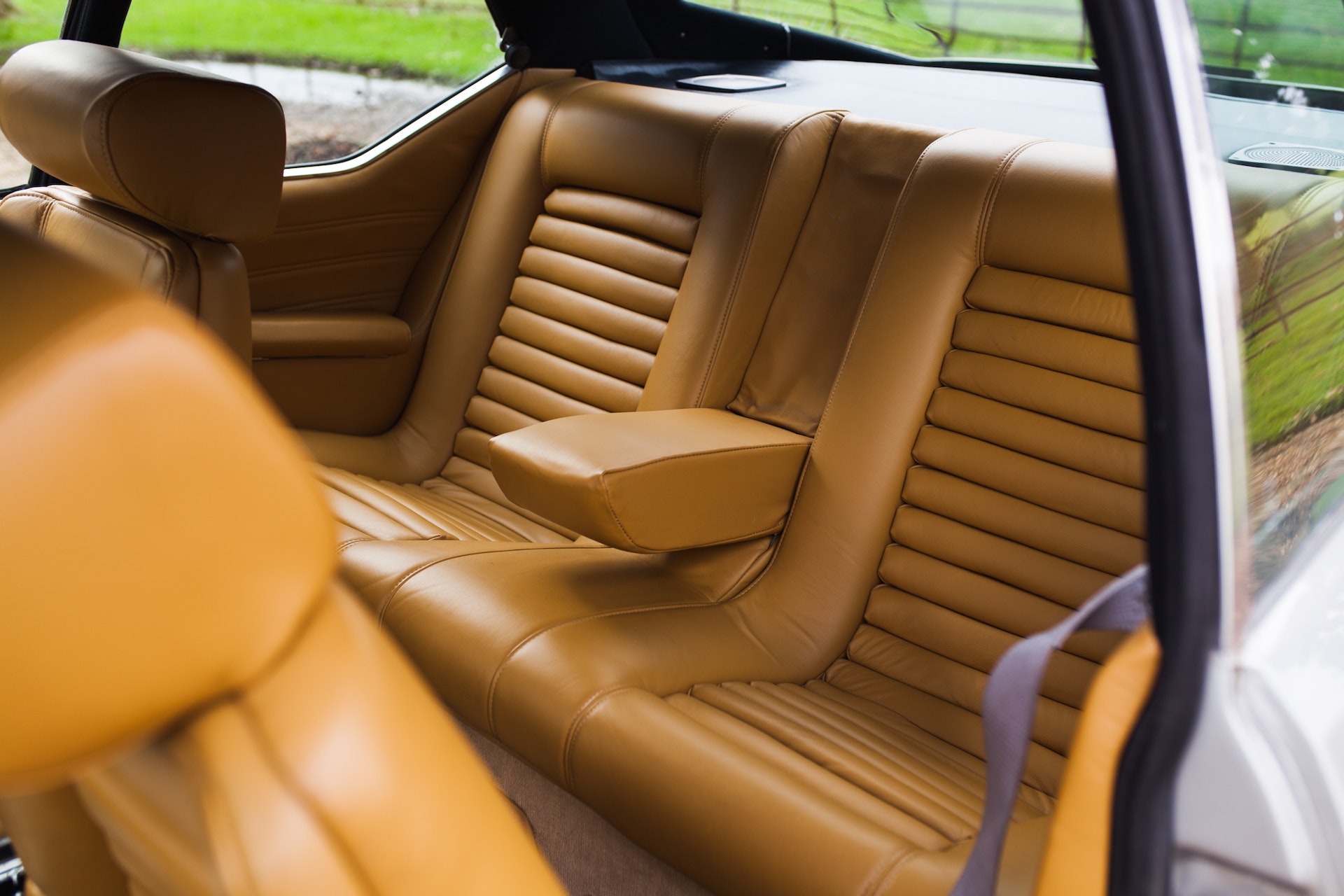 The last scheduled maintenance was carried out in October 2019 by Brodie Engineering in London. This comprised of fresh engine oil and a new oil filter, as well as the installation of electronic ignition. Its steering rack has also been recently resealed. The hydraulics are all in good order, and the car comes up quickly on its suspension. 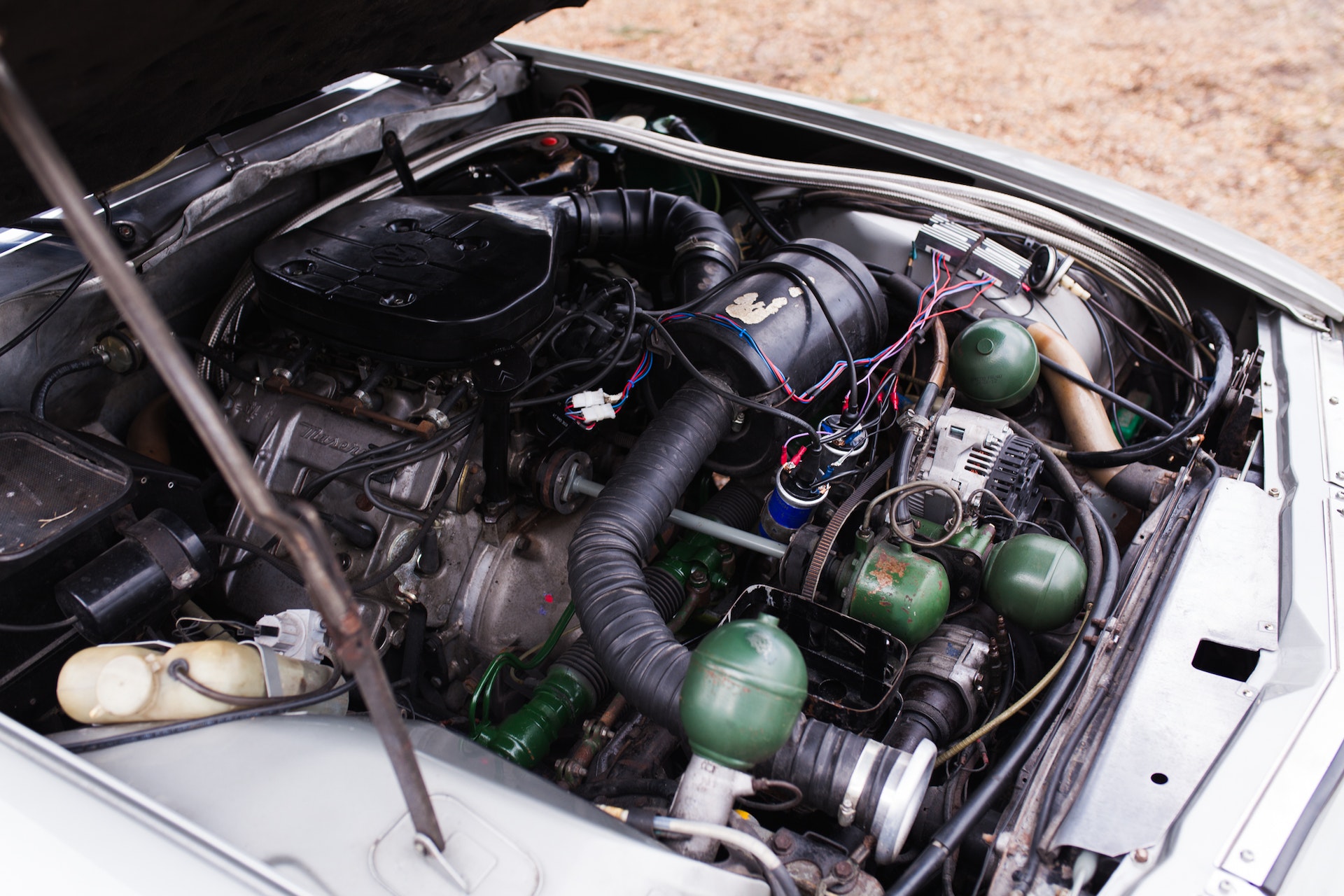 In August 2018, the engine oil and filter were renewed, a fresh set of spark plugs was installed, and the carburettors were tuned. During this service, the alternator was also swapped for an upgraded item. The hydraulic mineral oil was last renewed in June 2016, when the brake calipers were also overhauled. Much of the extensive mechanical work had been undertaken just prior to the vendor’s ownership, when a fully rebuilt engine from a donor SM was installed by Brodie Engineering in 2009, which had already been upgraded with solid valves. 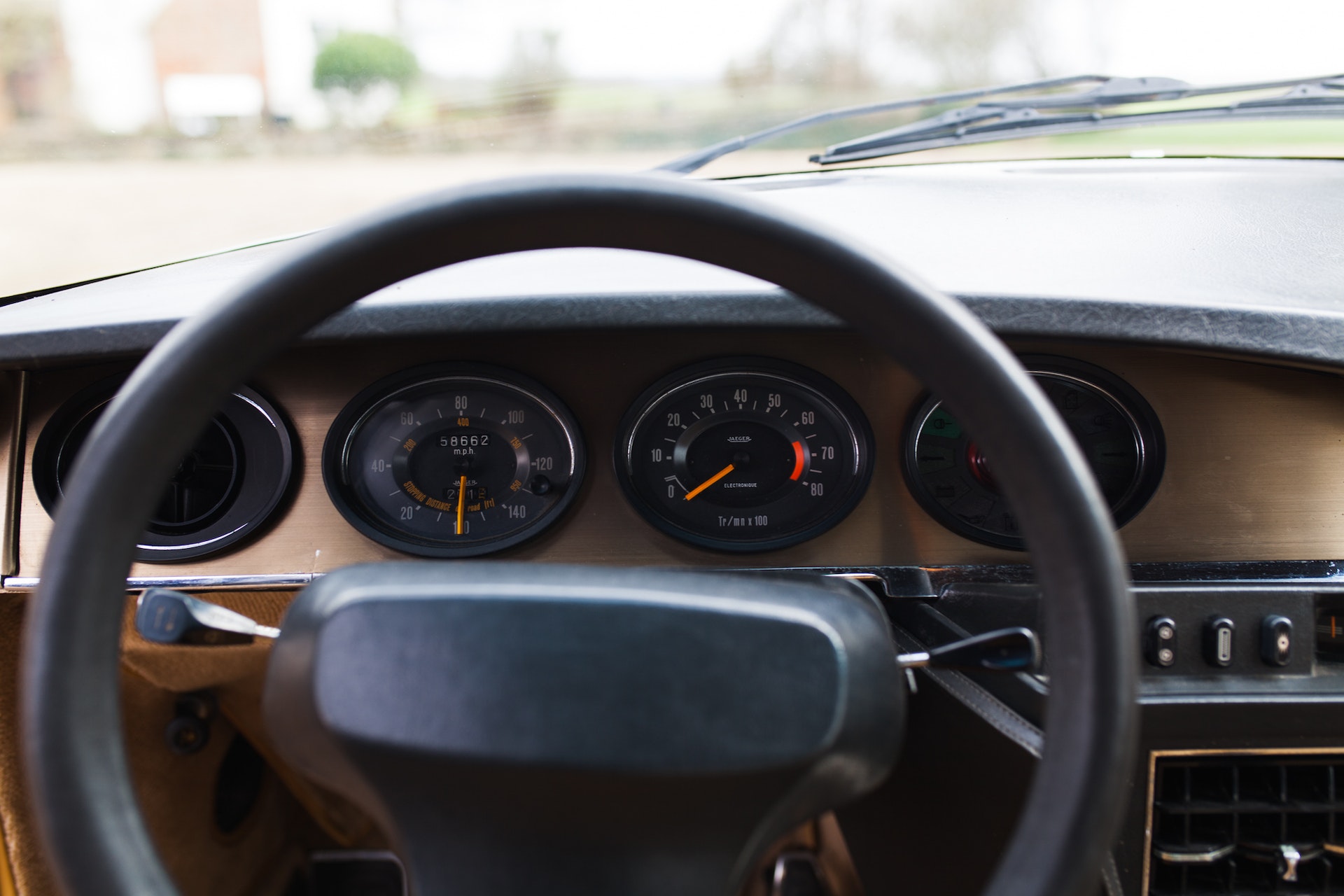 Its most recent MOT test was on 31 May 2019 at 58,467 miles, which resulted in a first-time pass with only one advisory regarding a minor oil leak. It was attended to and fully rectified during the service in October 2019, by replacing the oil cooler along with all of the associated pipes. New Maxxis Victra 510 tyres in size 205/70 R15 were bought and fitted in 2015. 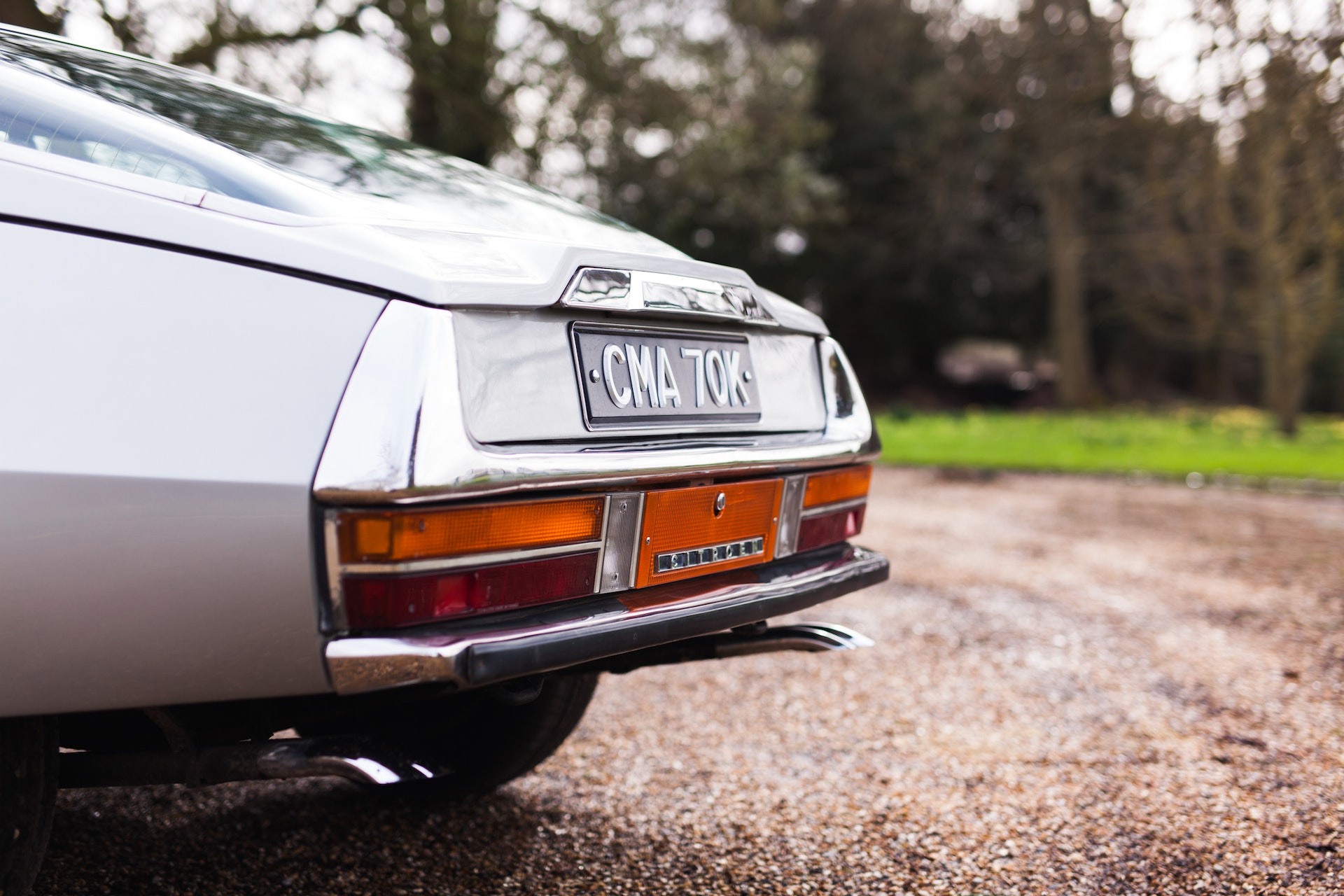 Accompanying this SM is an original owner’s handbook and an aftermarket repair manual. There are also numerous old invoices, ownership documents and previous MOT certificates in the history file. 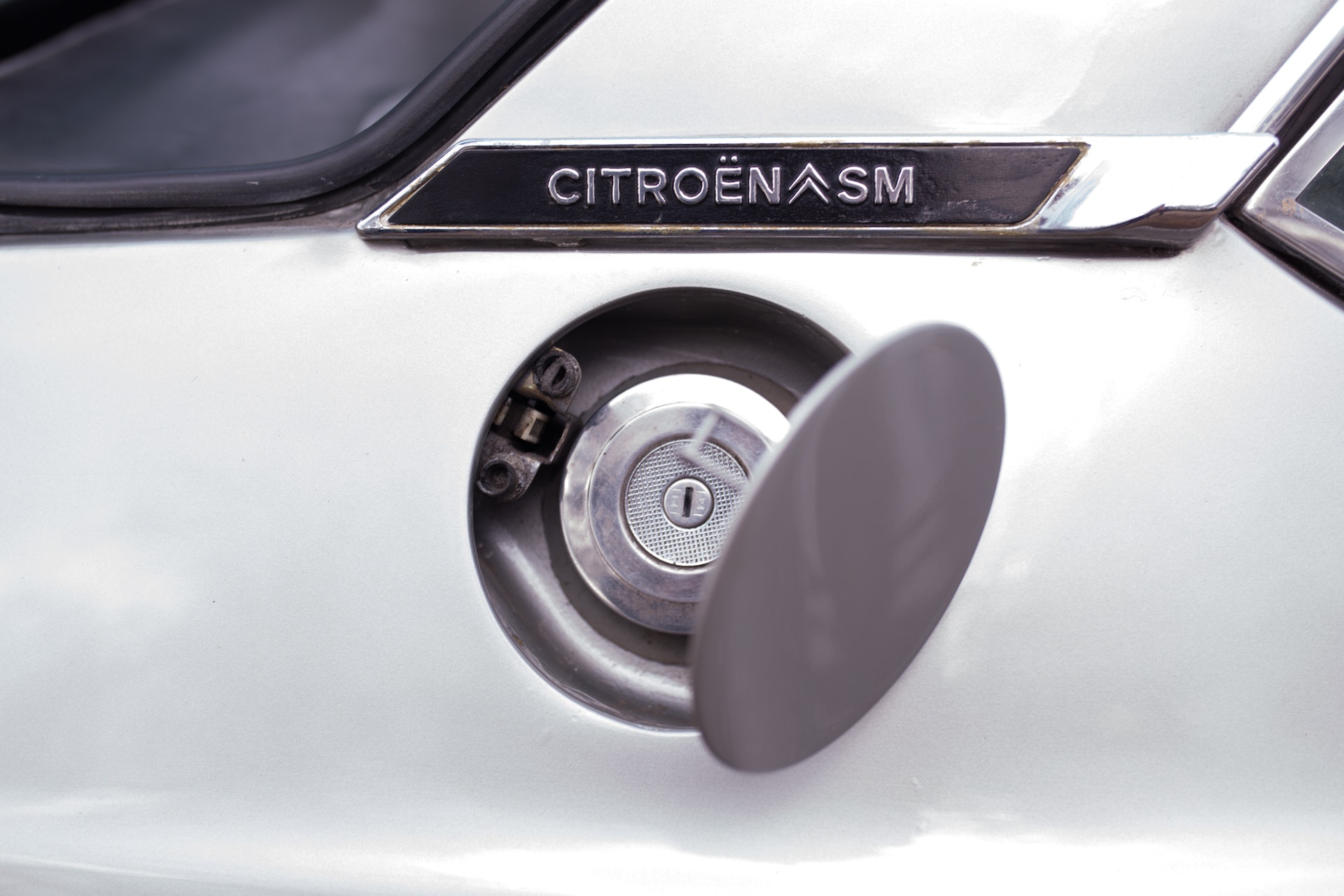 In the December 1972 issue of Motor Sport magazine, renowned journalist Denis Jenkinson said: “To say that the SM lived up to all my expectations, and more, is to understate the case. It rates at the very top of my list of desirable cars, even above the Dino Ferrari, which I rated as the ultimate in sports cars”. 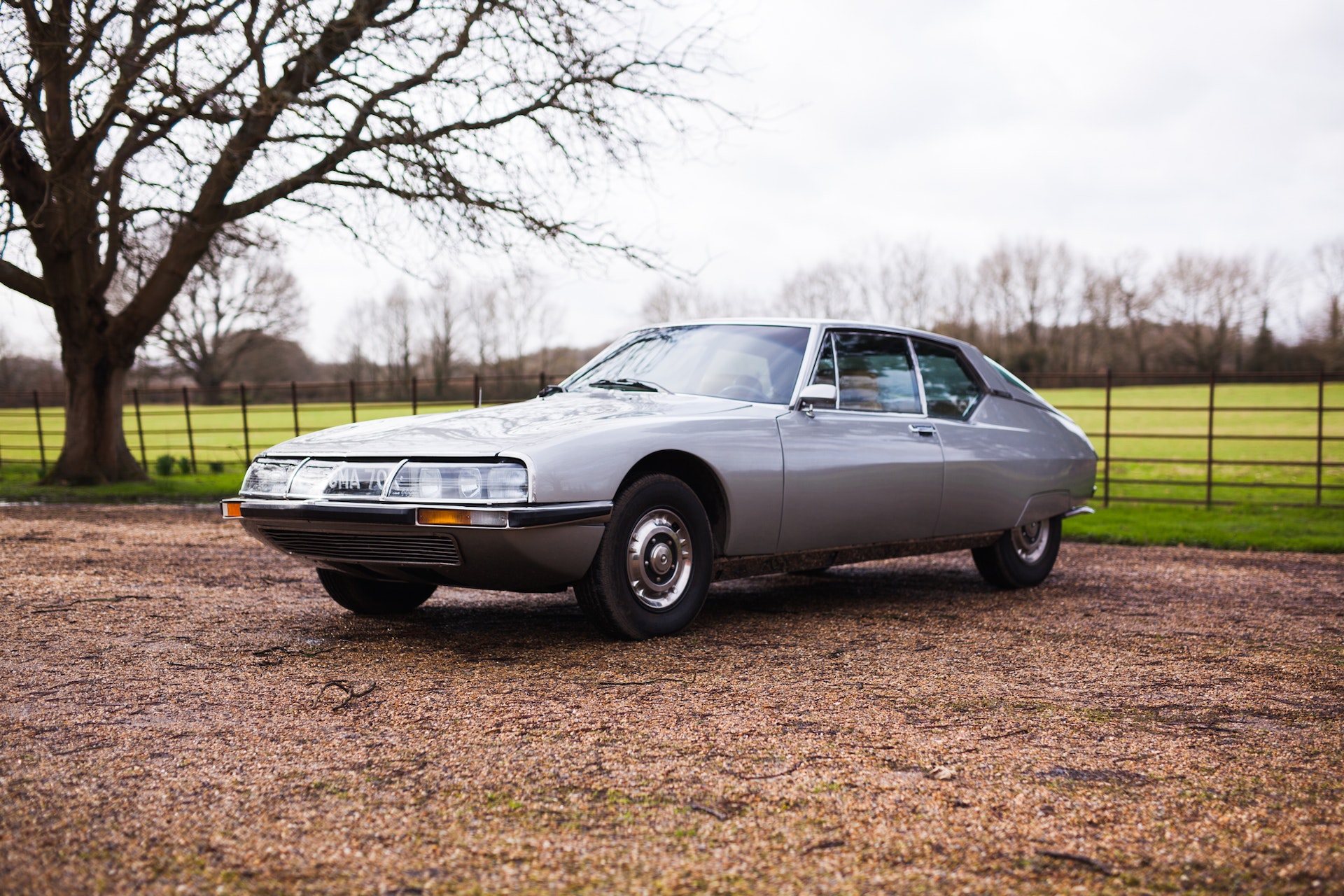 This Citroen SM is a superb example of the breed, performing very well on the open road, where the car makes swift and smooth progress. Benefitting from recent cosmetic and mechanical restoration, this French luxury grand tourer has undeniable flair and charm, and is presented in superb condition. It was a fascinating car in its era, and remains a compelling classic today.