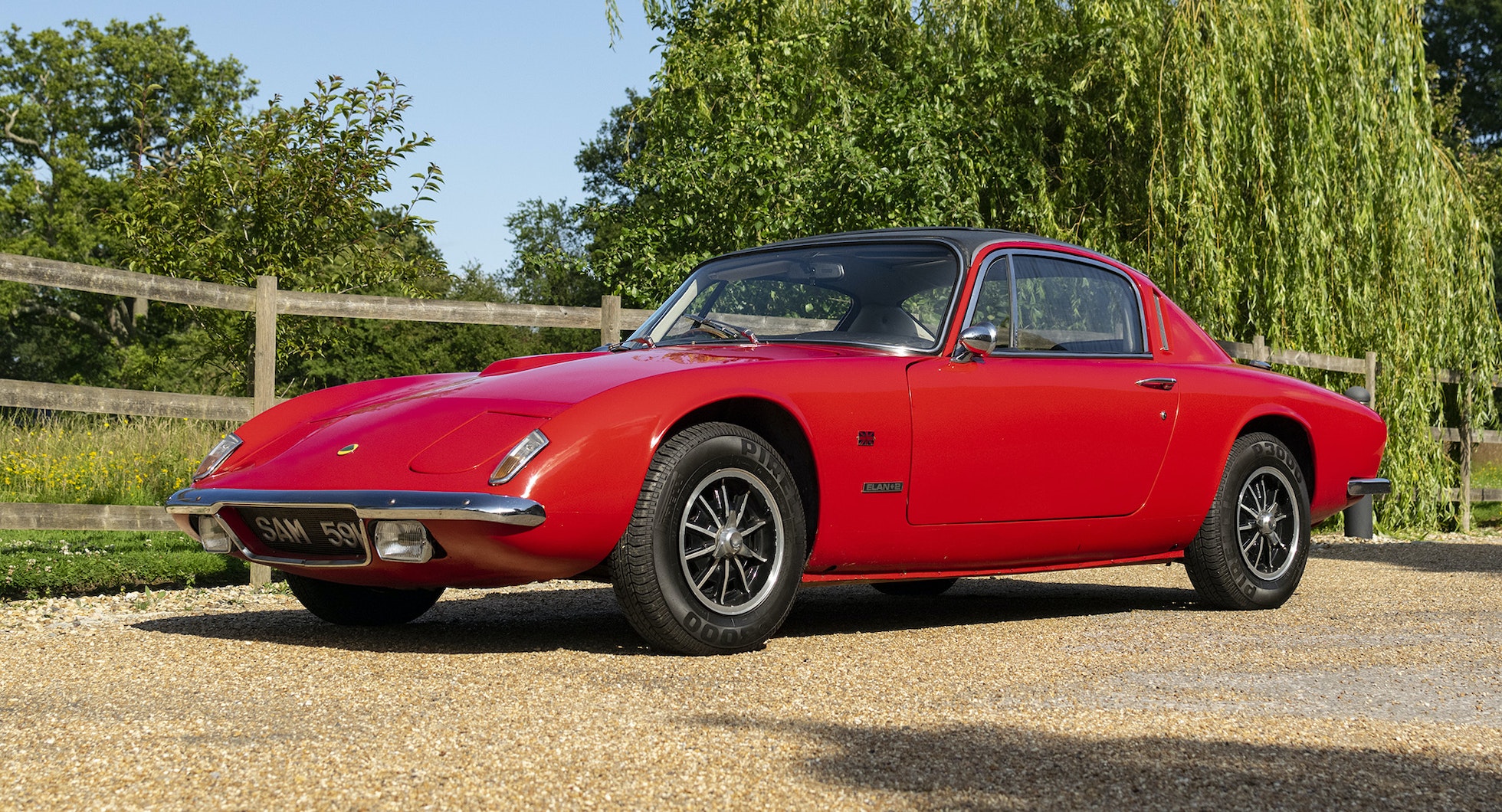 This 1970 Lotus Elan +2S is a great classic British sports car in sound mechanical order. It is equipped with the original 118bhp 1.6-litre Lotus-Ford Twin Cam petrol engine and four-speed manual transmission. The odometer shows a credible 24,944 miles from new. 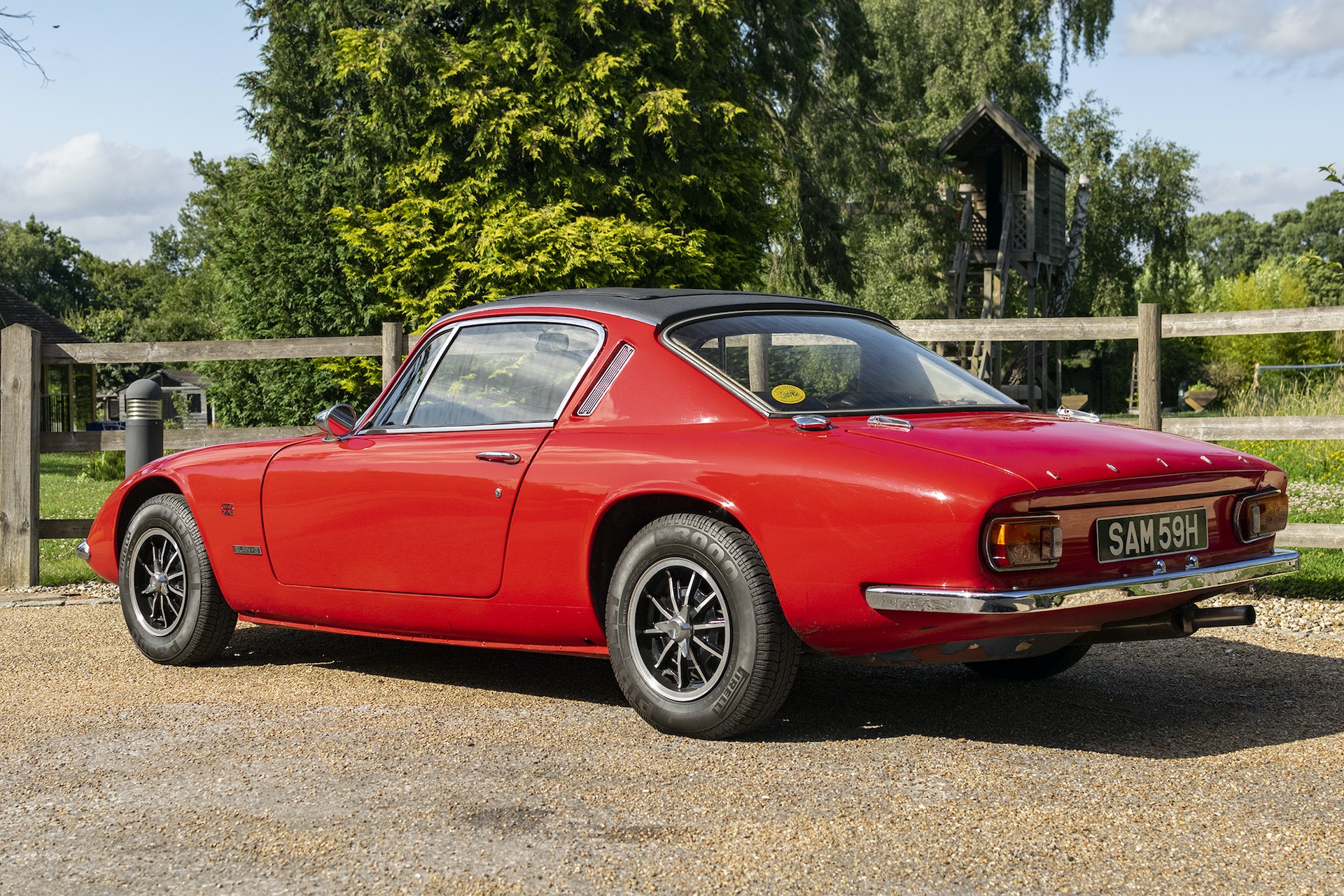 Built by Lotus Cars in May 1970, it was first registered in the UK in June. Its L-code chassis number confirms the car as a home-market specification +2 ‘S’ model. The car was originally finished in Royal Blue, as denoted by the ‘LO 9’ part number on the chassis plate. Remnants of this colour are still visible on the underside of the car. 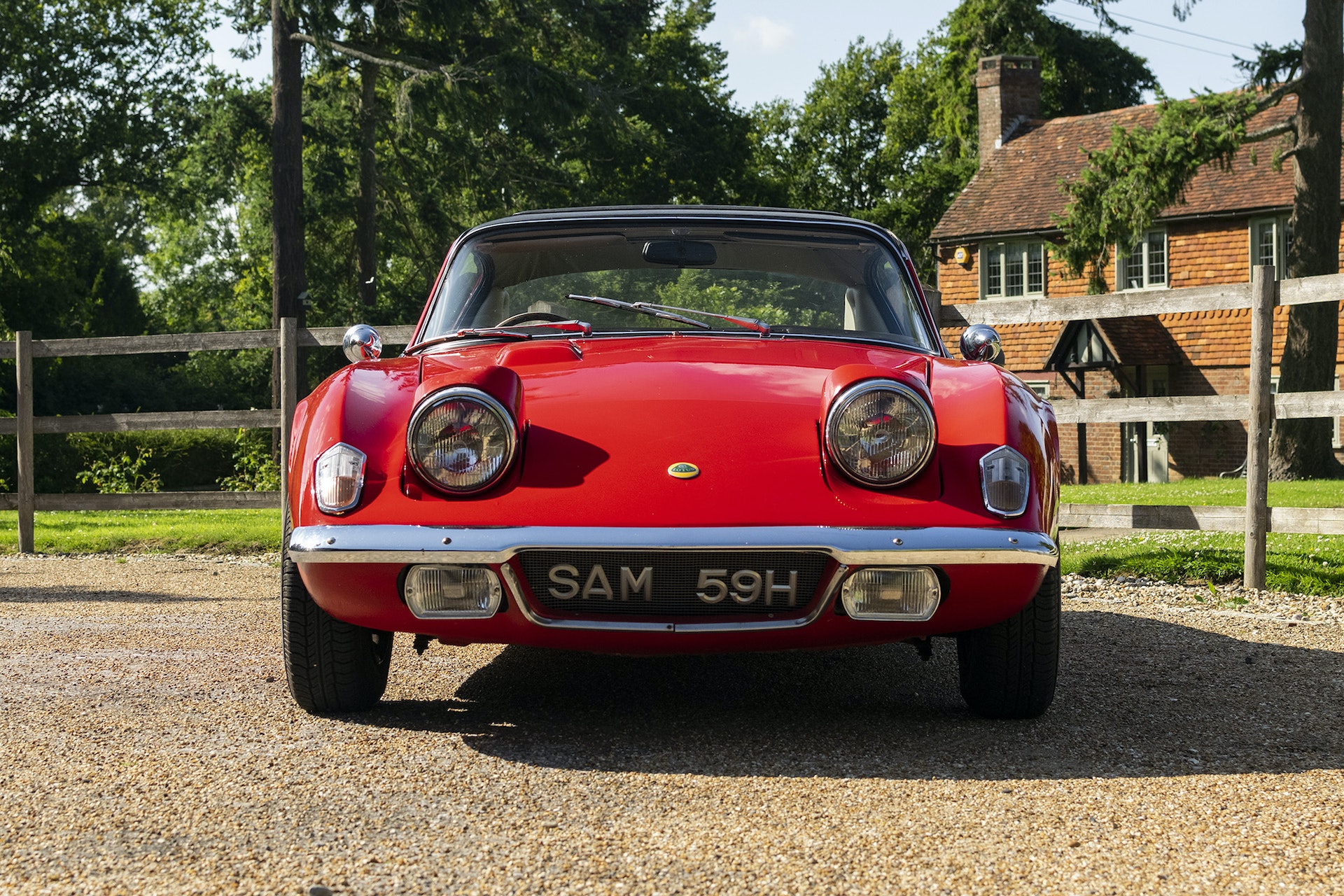 Its overall condition suggests it has been cherished by previous owners, and it was the subject of a restoration that was completed 15-20 years ago. When offered for sale in 2004, it was described as being a “beautiful car in A1 condition”, having covered only 1,000 miles since the extensive refurbishment. 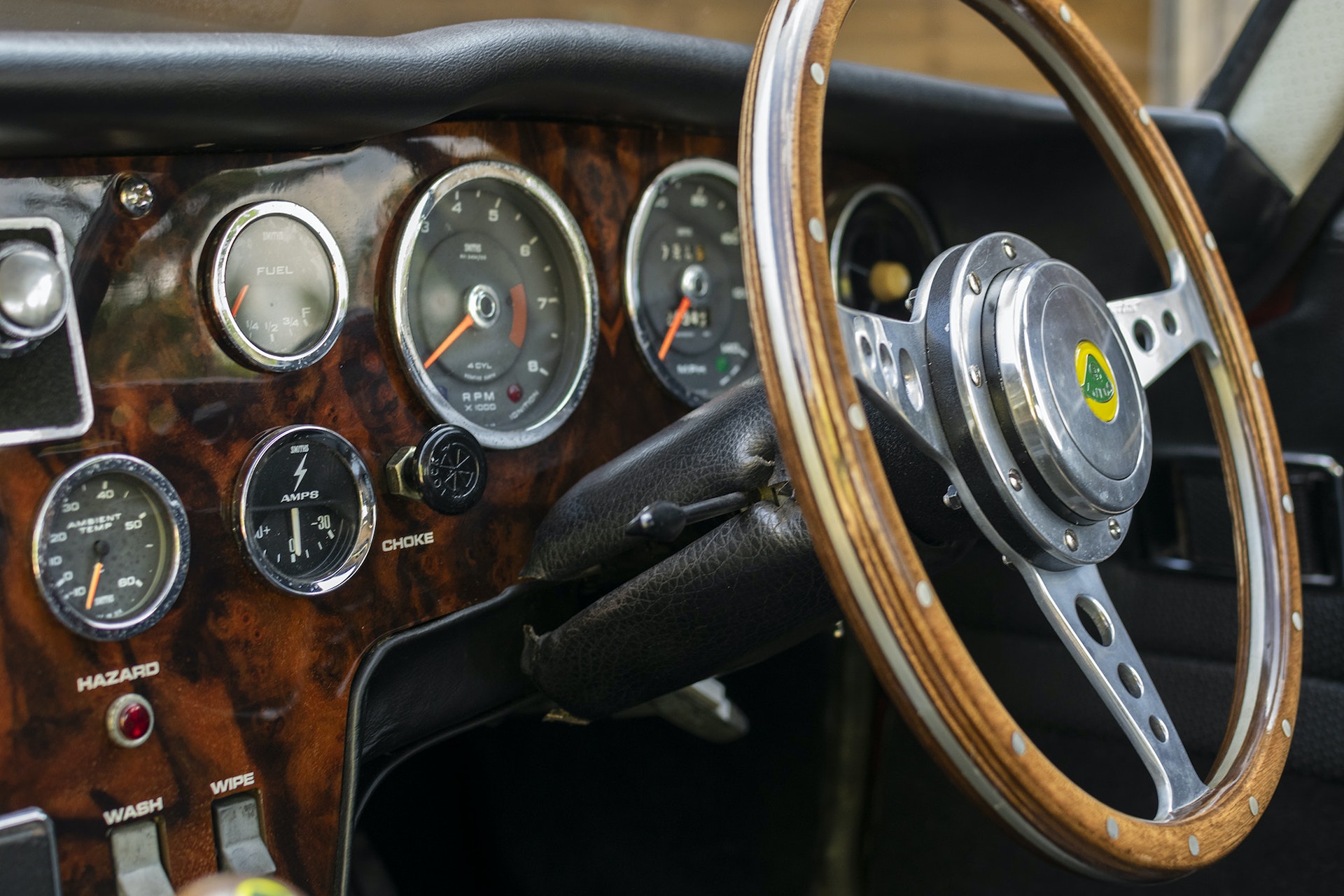 It has been with the current owner since July 2013, who bought the Elan to use on sunny weekends and occasional dry-weather station runs. He also drove the car in the 2014 London-to-Brighton Classic Car Run and it completed the journey with no issues whatsoever. The vendor has purposely not commissioned any cosmetic work during his ownership, but has kept the car in fine working condition, ready to drive and enjoy at a moment’s notice. 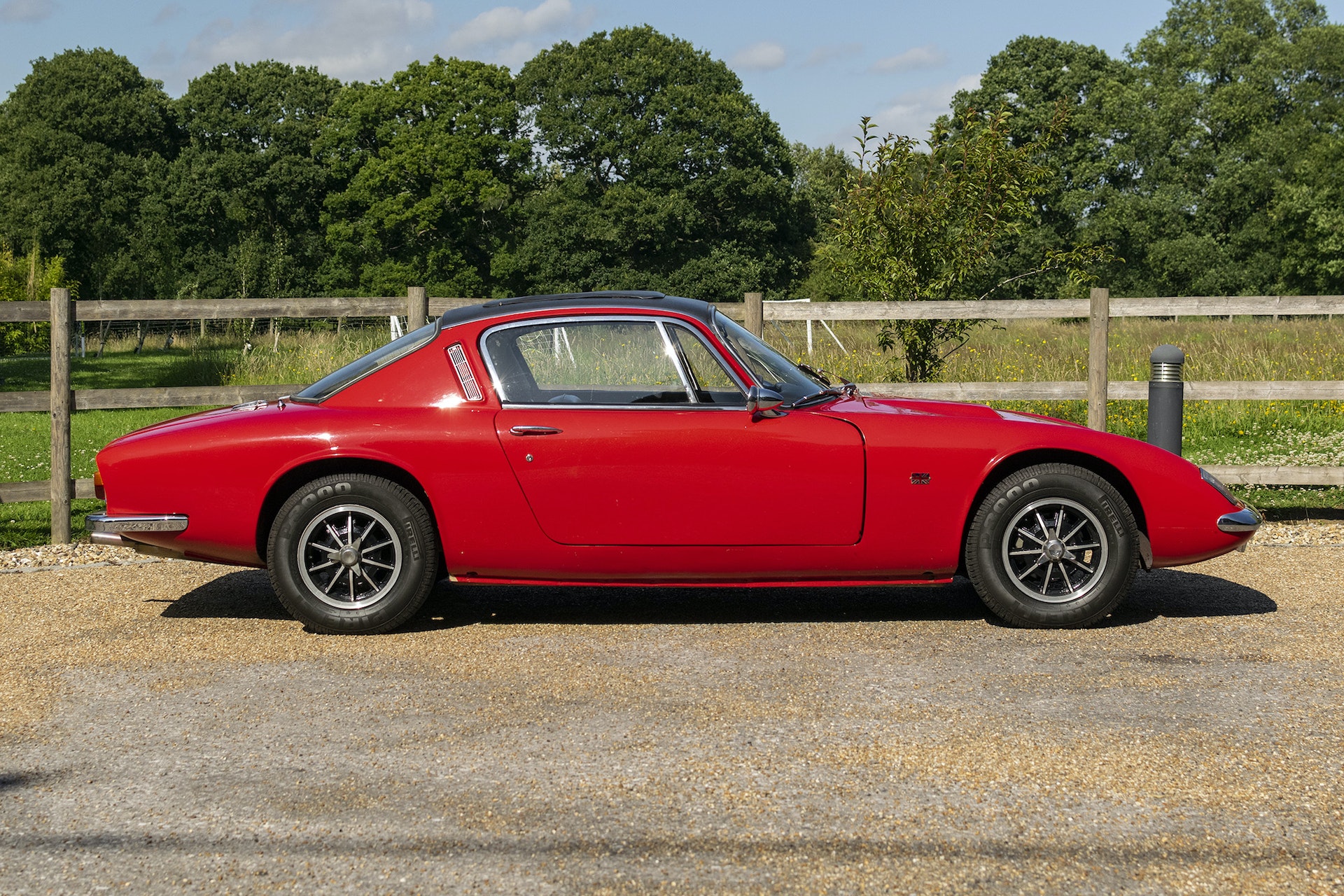 During the restoration around the turn of the millennium, the bodywork was restored and was repainted in Carnival Red. It was evidently a thorough job, and the only visual clues to its previous blue colour are in a few areas of chipped paint as well as the underside of the spare wheel well. As with most Lotuses of this era, the paintwork now has blemishes and micro-blistering, along with some cracks and chips that are shown in the media gallery. This is a solid and respectable classic that will soon be 50 years old. 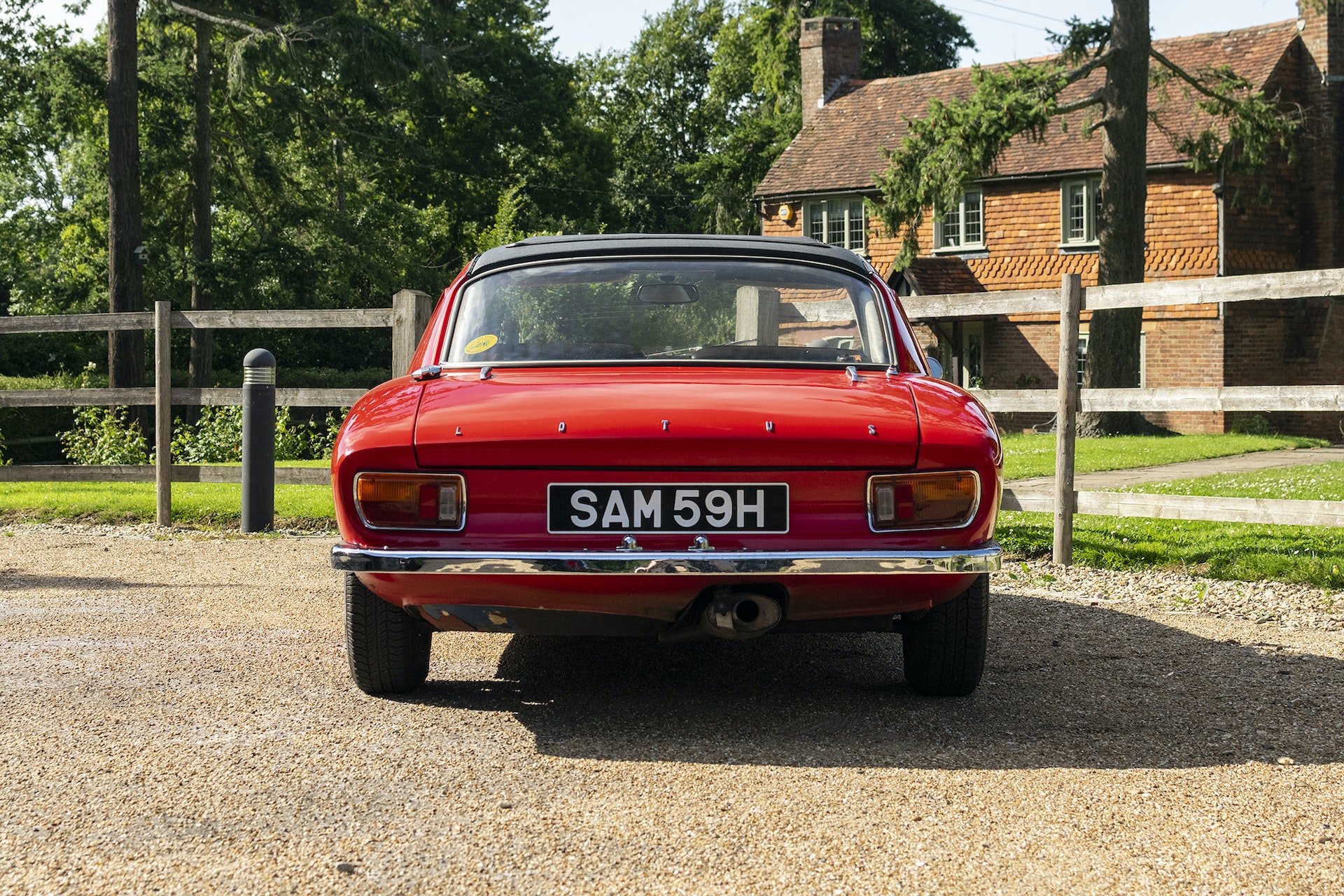 The Webasto sunroof is understood to have been fitted when new, and there is an original trimmer’s plate still inside the frame. The fabric top was renewed during the previous restoration. At the same time, the windscreen was also replaced, along with all of the chrome, plus the front and rear light lenses - with the correct Lucas items, of course. 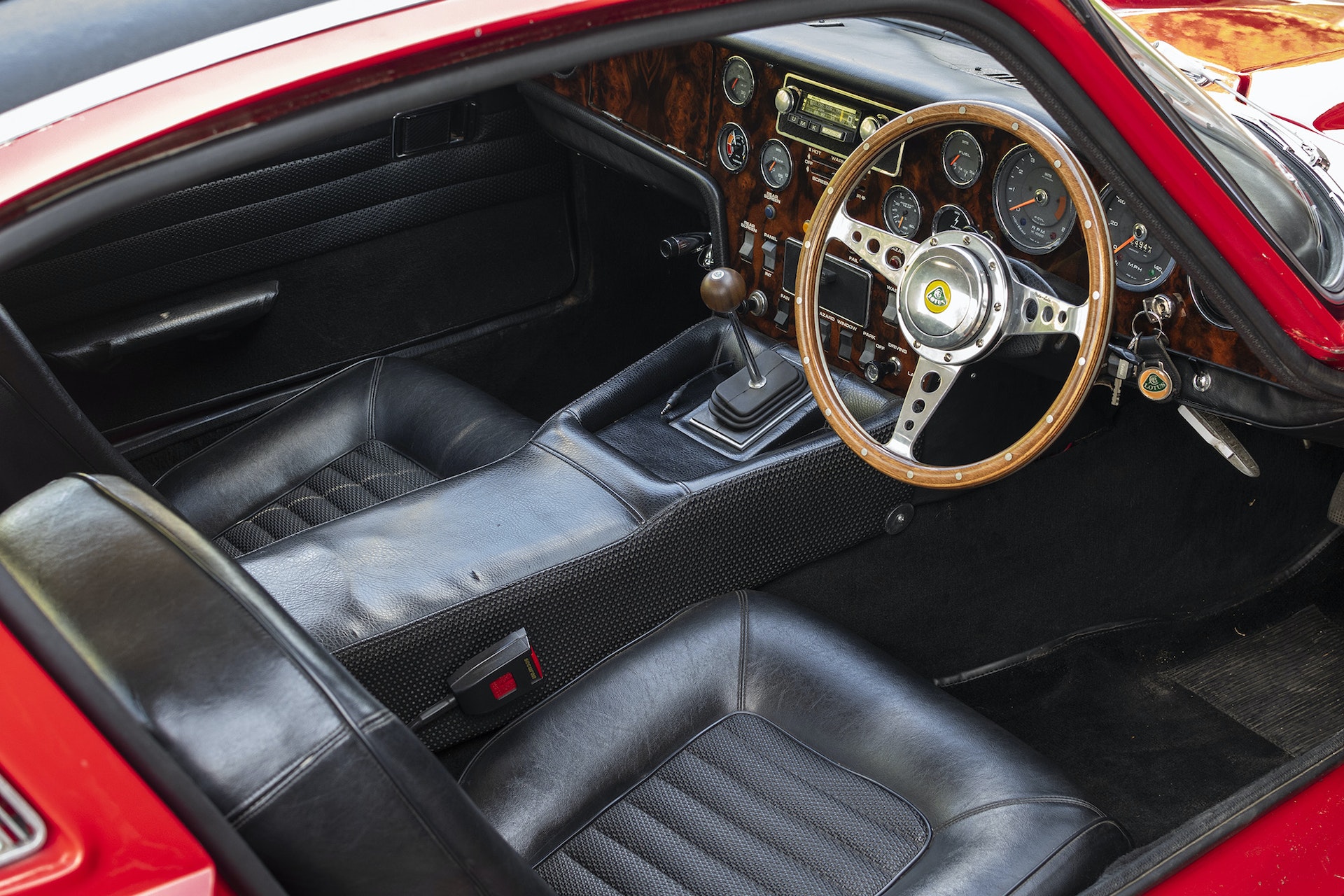 During the vendor’s ownership, the wing mirrors have been renewed, along with the front grille and fog lights. The car sits on a period-correct set of 13-inch ‘Dunlop’ alloy wheels, with three-eared knock-off spinners. 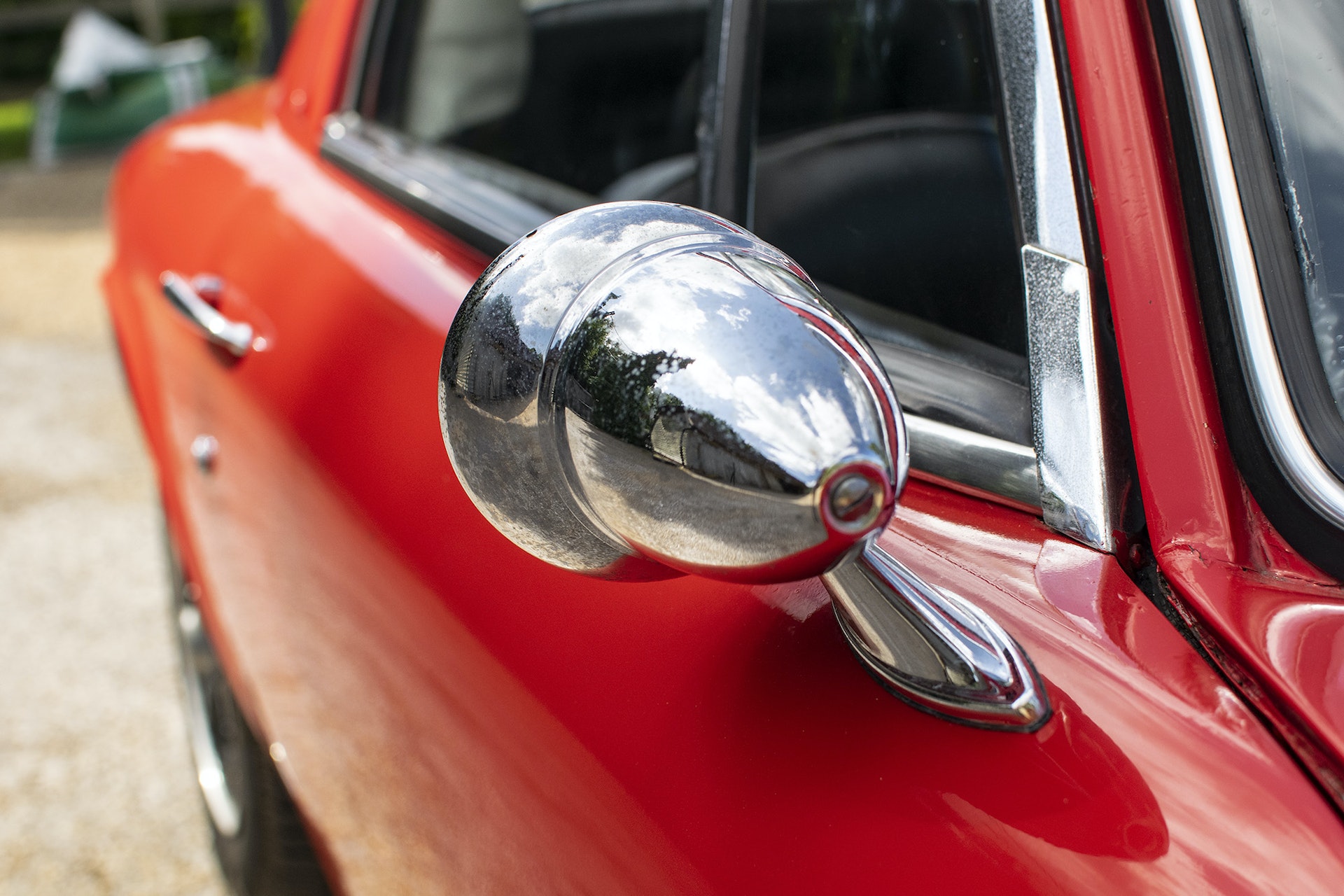 Inside, the interior is believed to be largely original. It features black vinyl upholstery with textured inserts, which is in superb condition. A small hole repair in the passenger seat is the only obvious imperfection on any of the cushions or backrests. There are minor scuffs elsewhere, and a small rip in the passenger side armrest. The rear seats fold down to provide an additional area for luggage, which is trimmed in the original carpet. 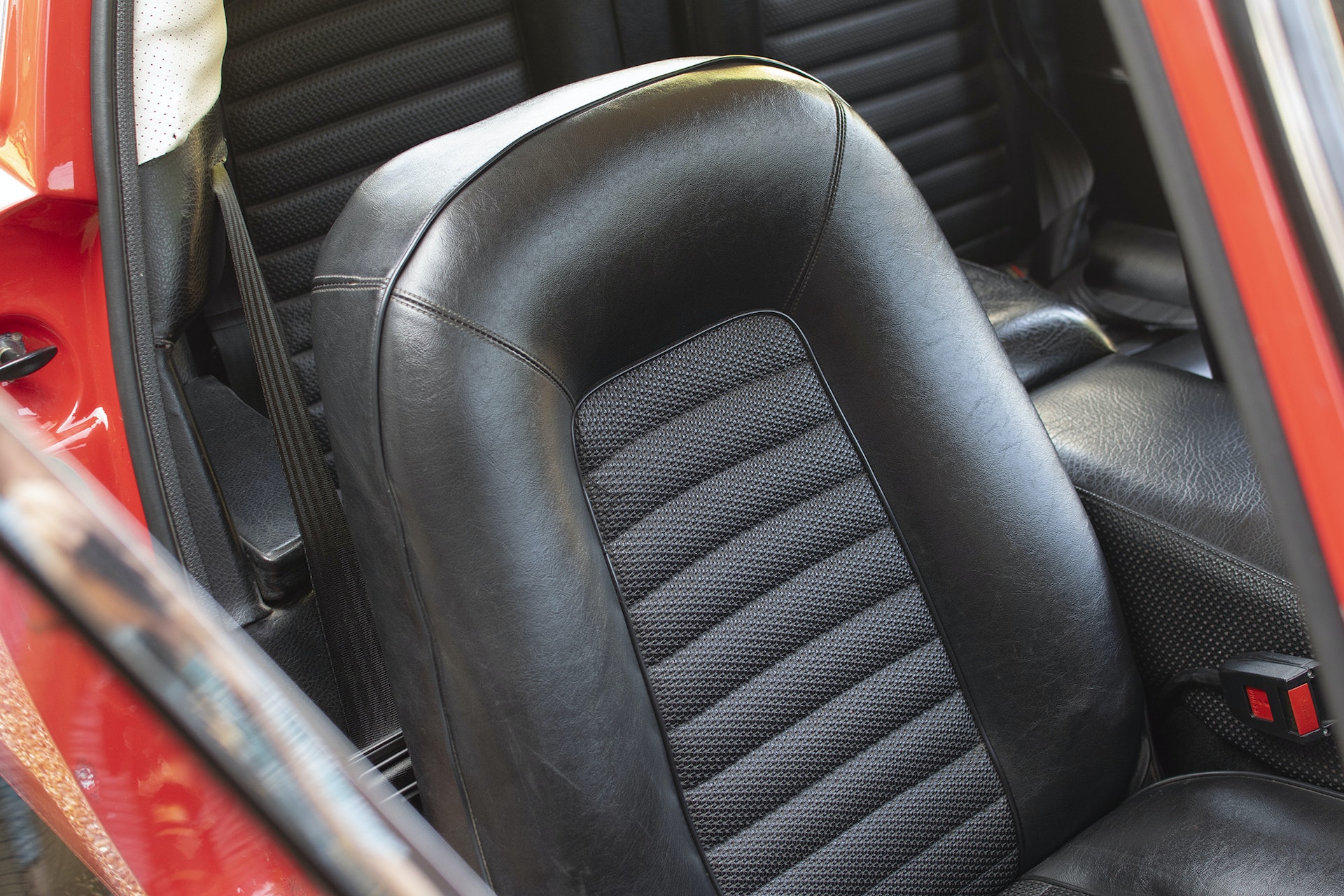 The perforated headlining was renewed around three years ago and remains in good order. Front and rear seatbelts have also been replaced by the current owner. The walnut veneer dashboard is in great condition, and has been refurbished by the vendor, who has also fitted a Philips Turnolock radio with MP3 playback via an aux-in cable. The full suite of Smiths dials includes a 140mph speedometer and rev counter directly ahead of the driver, with six smaller instruments surrounding the radio and heater controls. 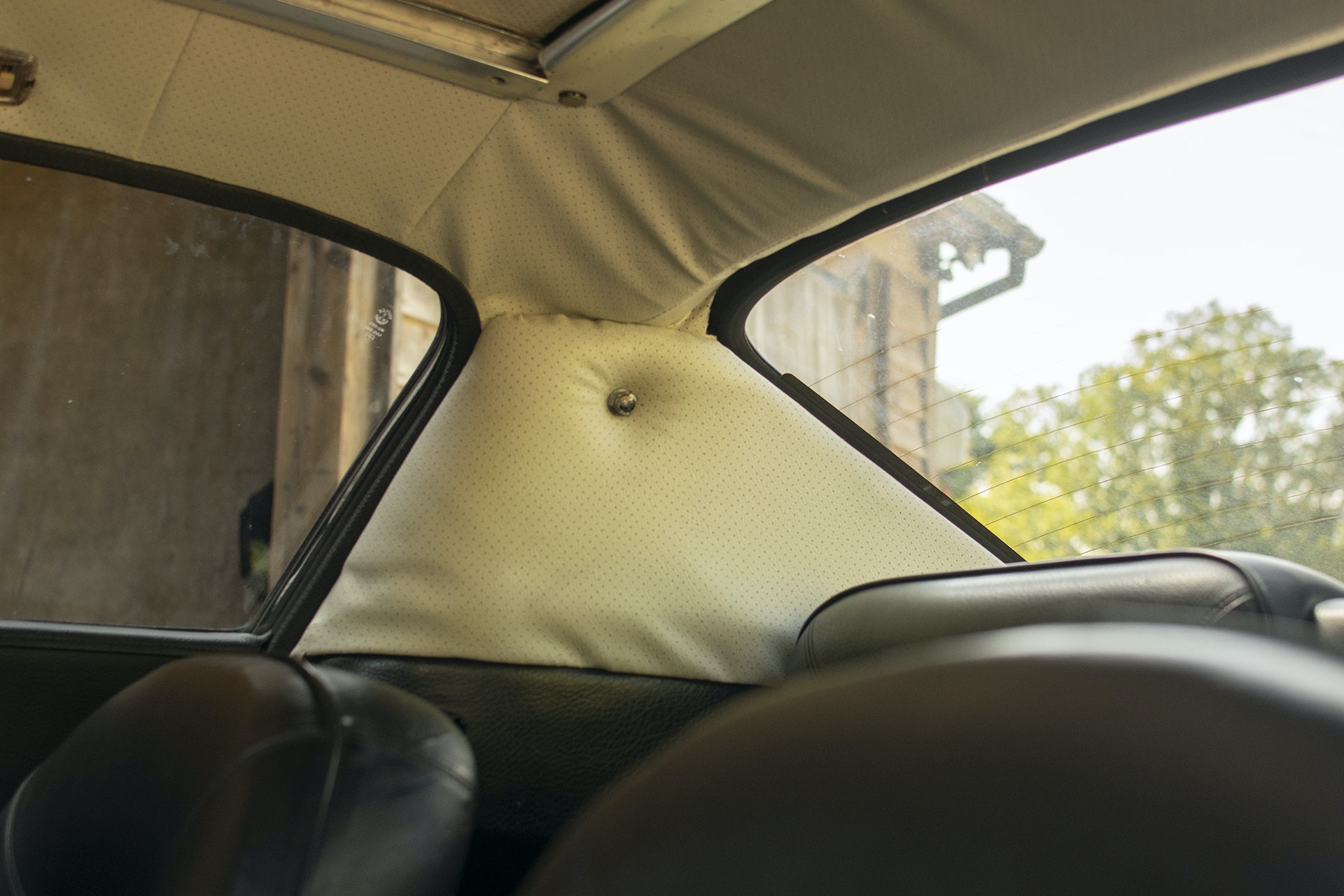 An elegant wood-rimmed steering wheel has been installed within the last few years, as well as a refinished wooden gear knob and surrounding trim. There are some other fantastic period touches in the cabin and around the car, including a map reading light by the front passenger’s right knee and the Triplex heated rear window at the back. The current owner has also fitted a battery isolator switch in the boot. 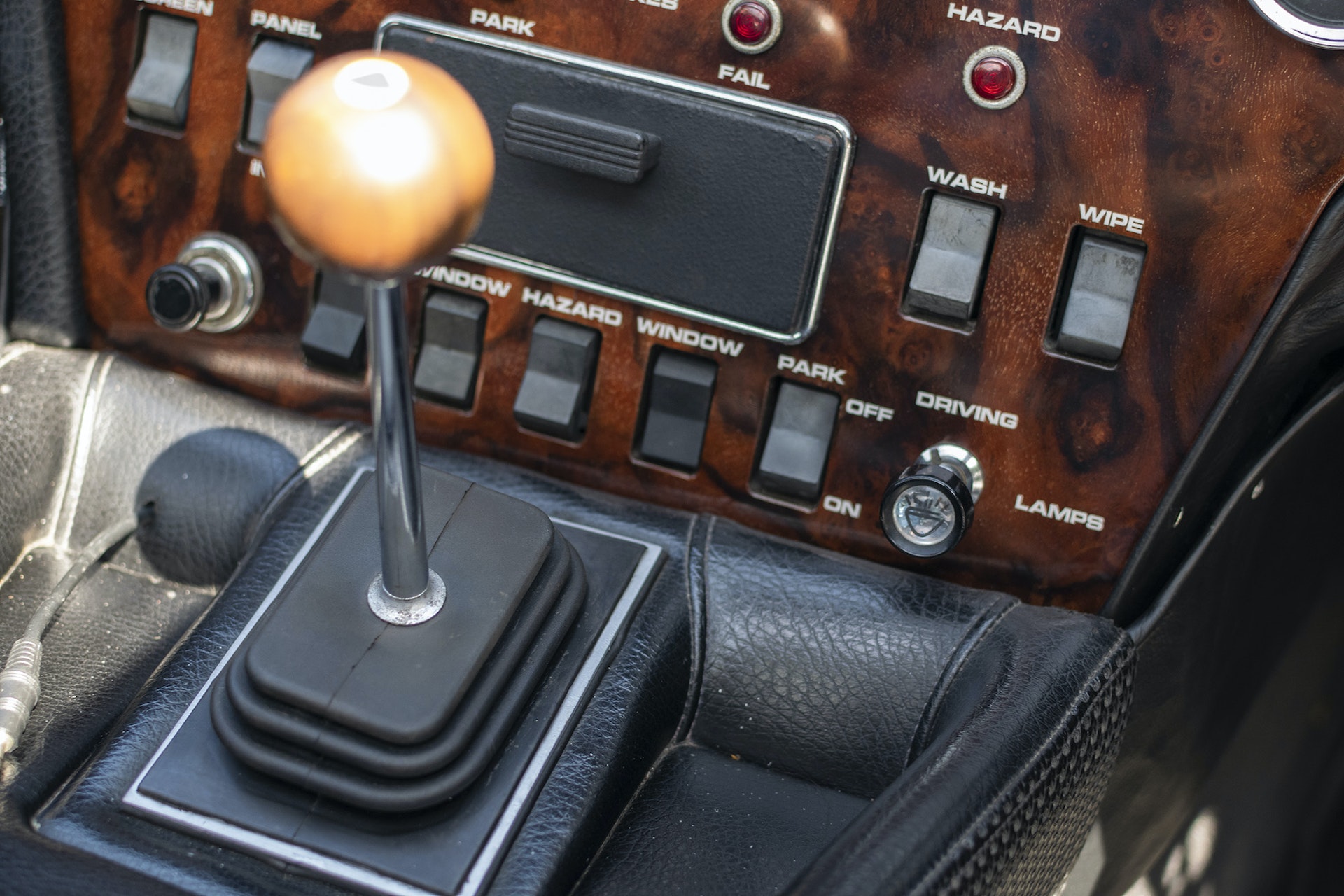 During its restoration, the engine was fully reconditioned, but it is still running on the correct 40 DCOE 31 Weber carburettors. It received an alternator conversion at the same time, as well as a new stainless steel exhaust. The Collecting Cars team has viewed this car and run it up to temperature, and noted that the electric fan kicked in and cut out as it should. Replacing the original rubber ‘doughnut’ couplings is a common upgrade for the Elan, and this particular car features the Spyder driveshaft conversion, which is a robust and popular choice. 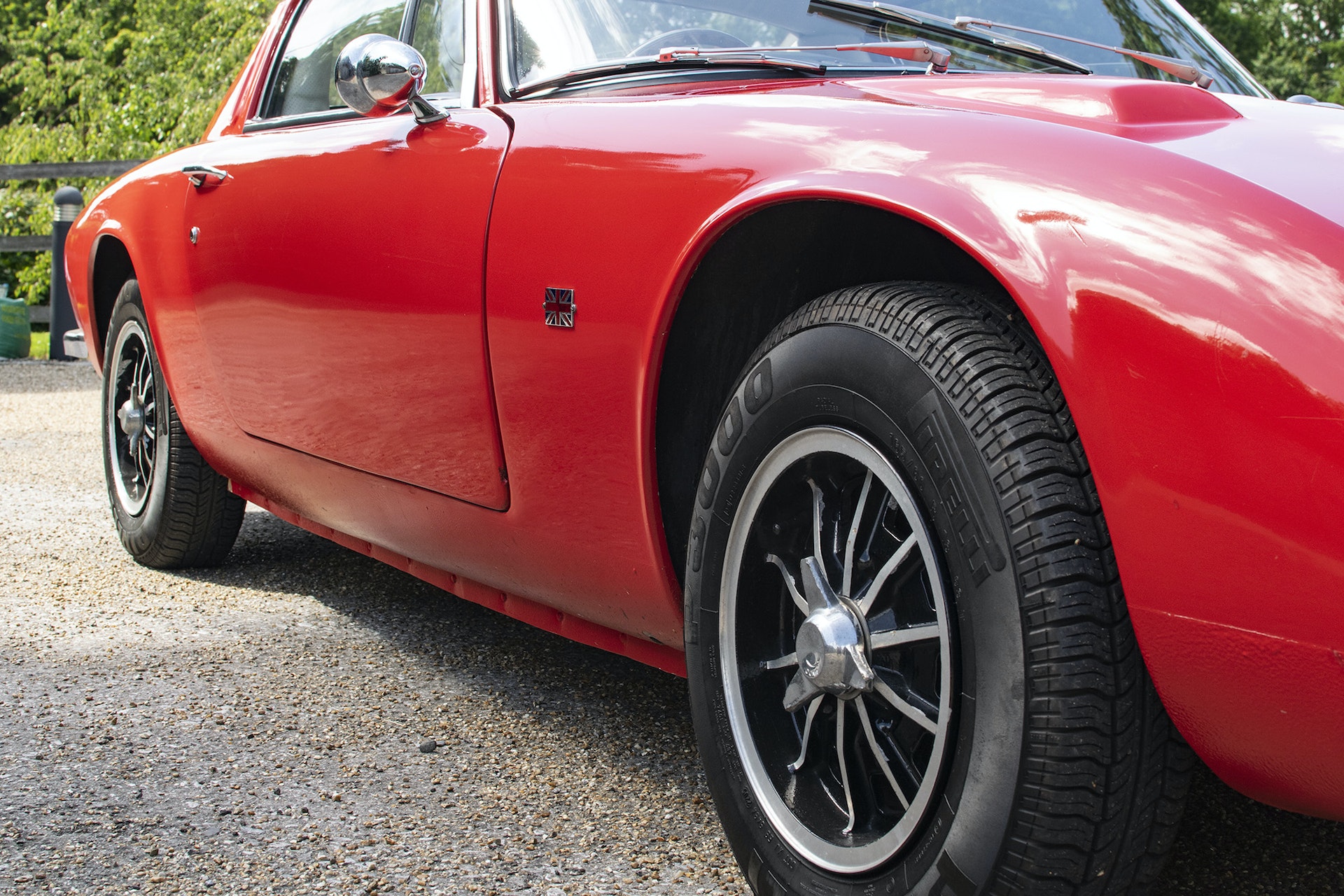 This car’s history file includes numerous invoices from the likes of Paul Matty and Maidstone Sports Cars over the last decade, totalling around £7,000. In 2006, the throttle cable was renewed, along with the cam cover gasket and lower offside wishbone arms. Some glass-fibre repairs and paintwork was also attended to at the same time. 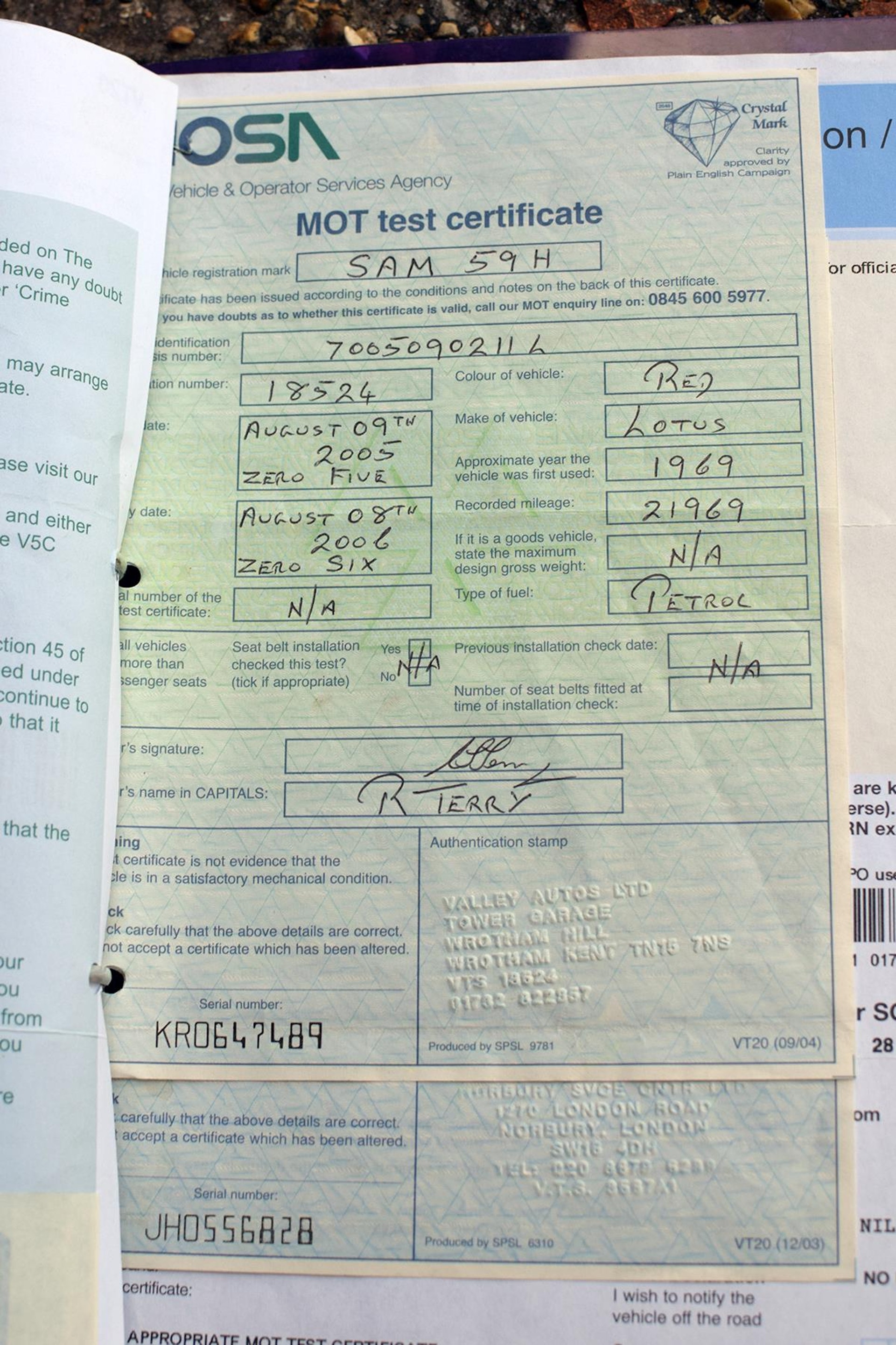 In 2009, the team at Maidstone Sports Cars replaced the clutch and the slave cylinder, and fitted a set of reconditioned brake calipers, a new brake master cylinder, pads and steel-braided brake lines. An inboard drive shaft was also renewed, along with the Rotoflex couplings. Finally, new carburettor needle and seat kits were fitted, as well as a fresh set of ignition leads. 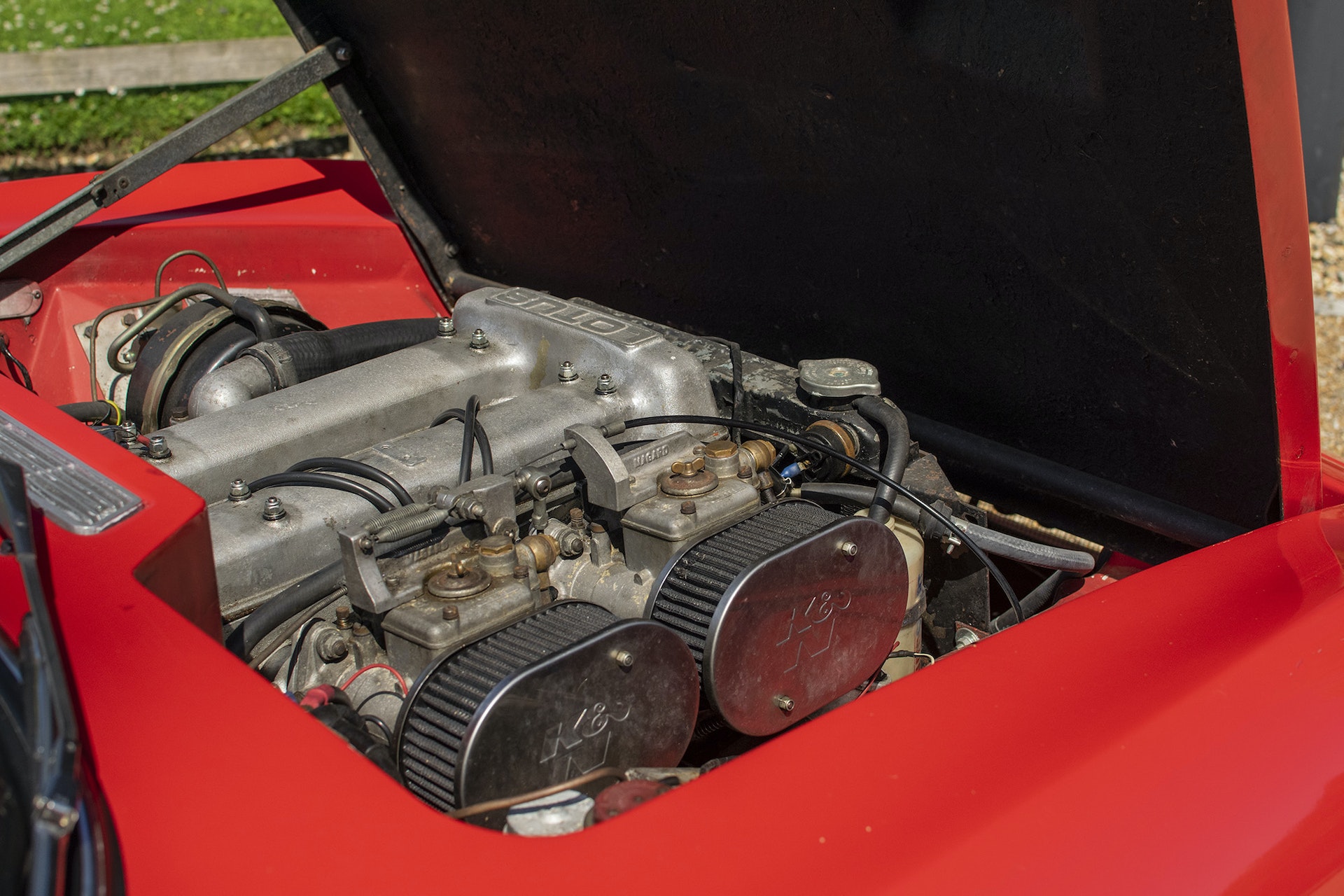 The spark plugs were renewed and the engine tuned by Maidstone Sports Cars in 2010, and more recently the headlight pods have been refurbished and correctly aligned, along with a complete replacement of all the fuses. During the vendor’s ownership, the rear wiring room has also been renewed and the wiring has been generally uprated throughout. He has used an independent specialist to attend to the car at his home, giving the car regular services with fresh filters and spark plugs as needed. 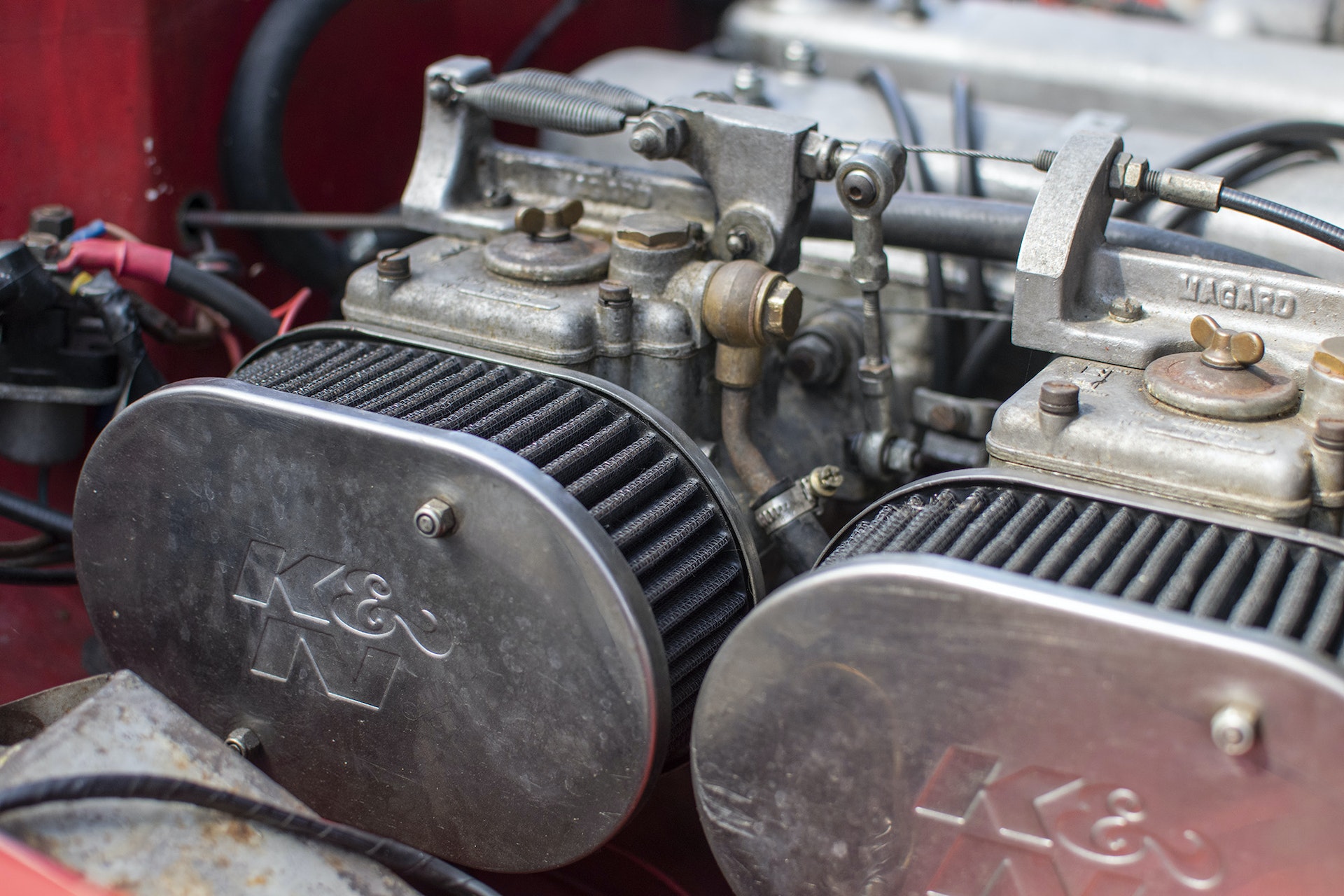 While its age means the car is exempt from vehicle tax and the annual MOT, there are numerous certificates from the last 10 years with no advisories about corrosion or structural issues whatsoever. The Elan wears a set of matching Pirelli P3000 tyres, which have plenty of tread remaining. 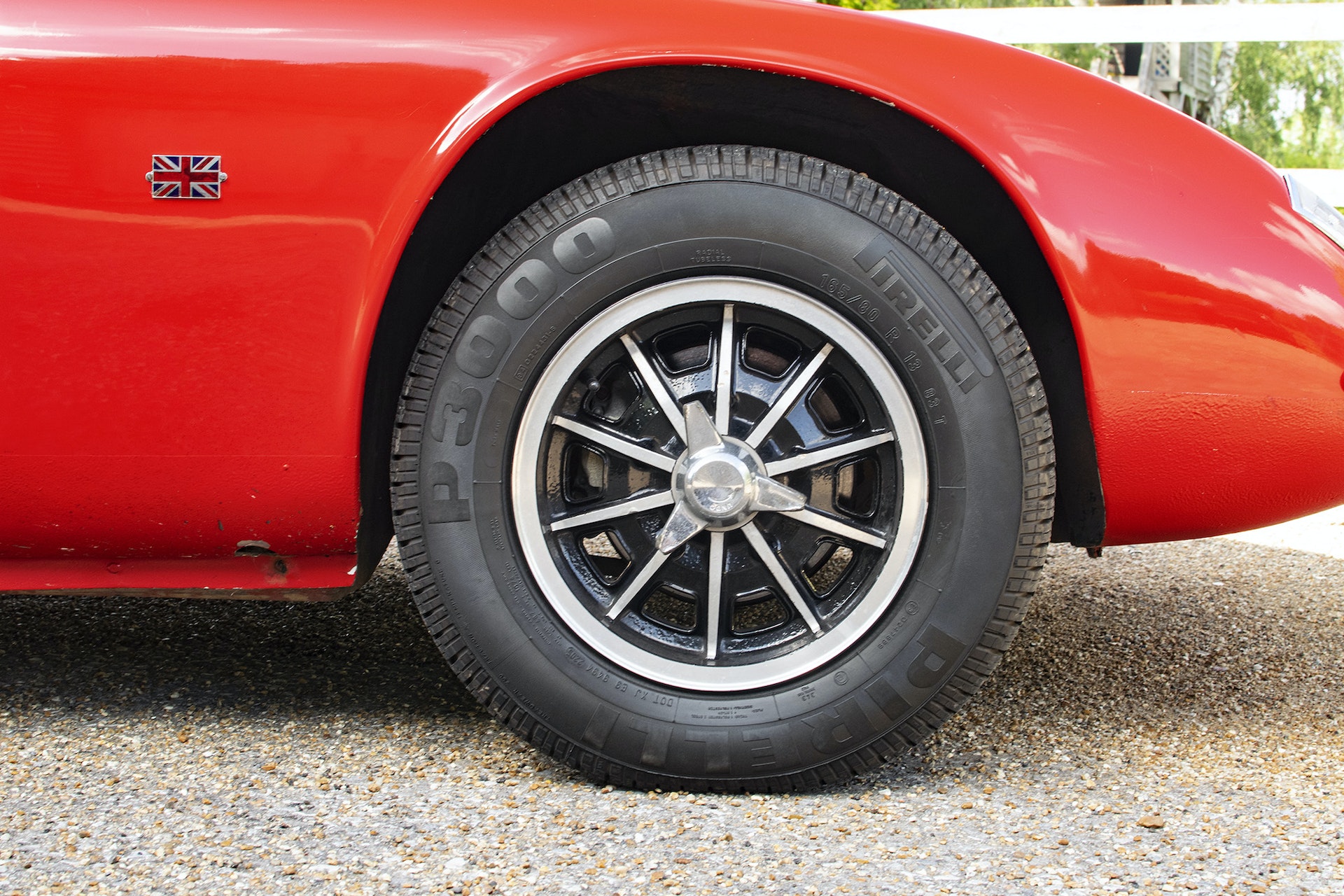 The car is accompanied by an original Lotus Elan +2 workshop manual, which is a comprehensive guide to maintenance and is illustrated with superb cutaways and diagrams. It also has the factory-supplied spare wheel under the boot floor. 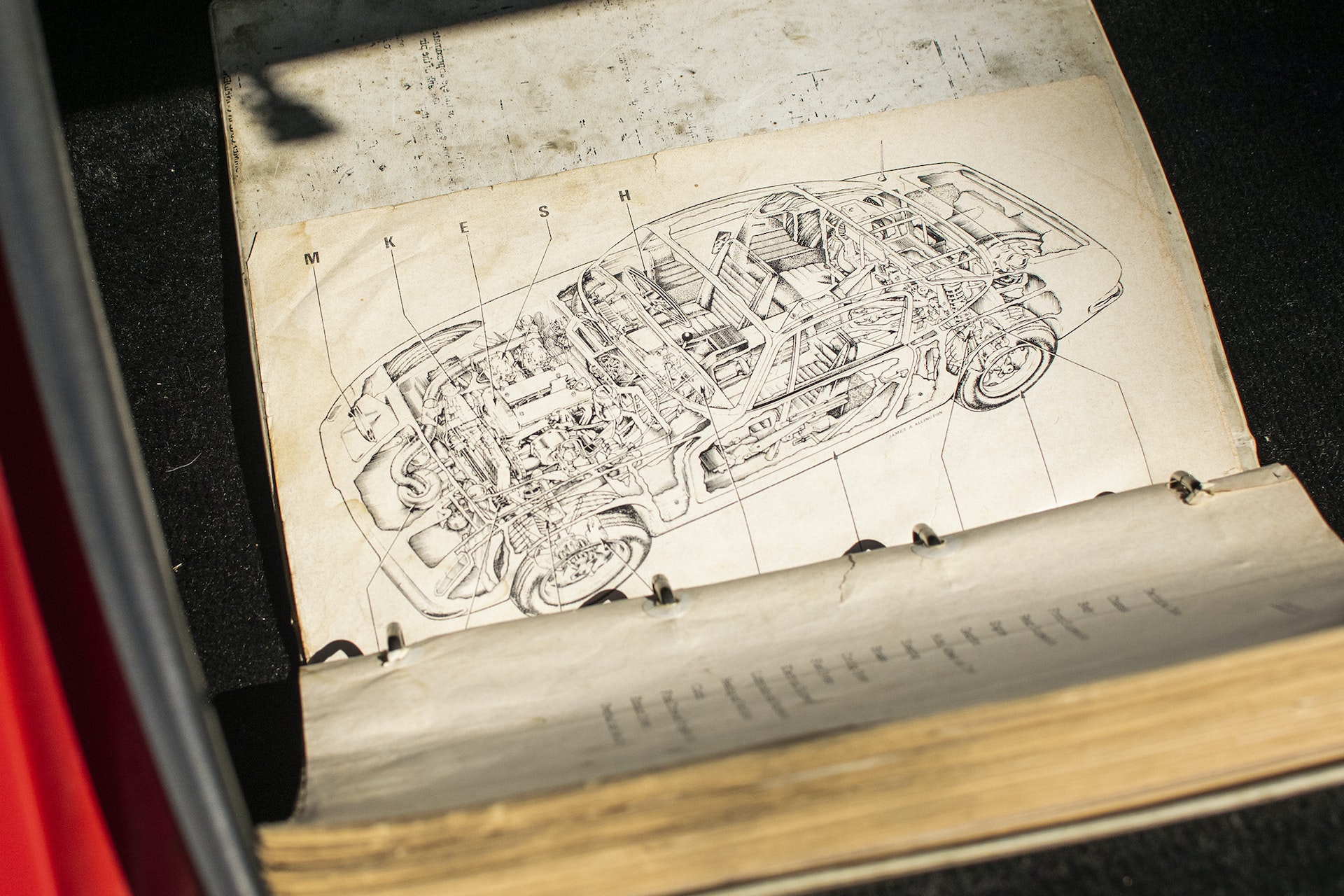 This Lotus Elan +2S is a superb classic in good order. While it would undoubtedly benefit from a professional repaint in due course, the next owner can choose whether to stick with the Carnival Red or return it to the original Royal Blue. The vendor reports that car drives very well and sounds great, and it is now ready to delight a new owner with its classic lightweight Lotus performance. 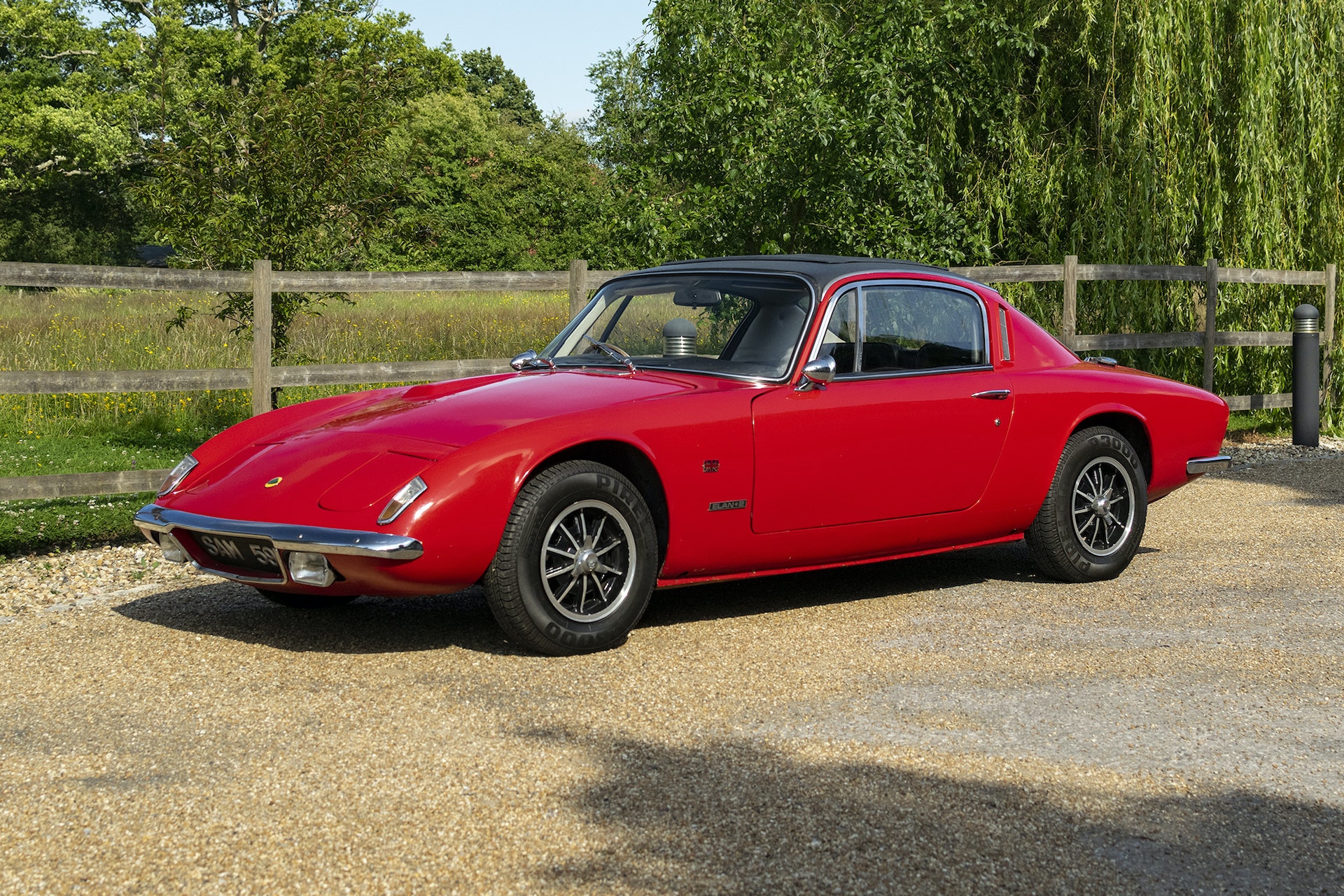 Please note: the cherished plate shown on the car is not included in the sale. It will be switched back to another age-related registration plate in the event of a successful auction.