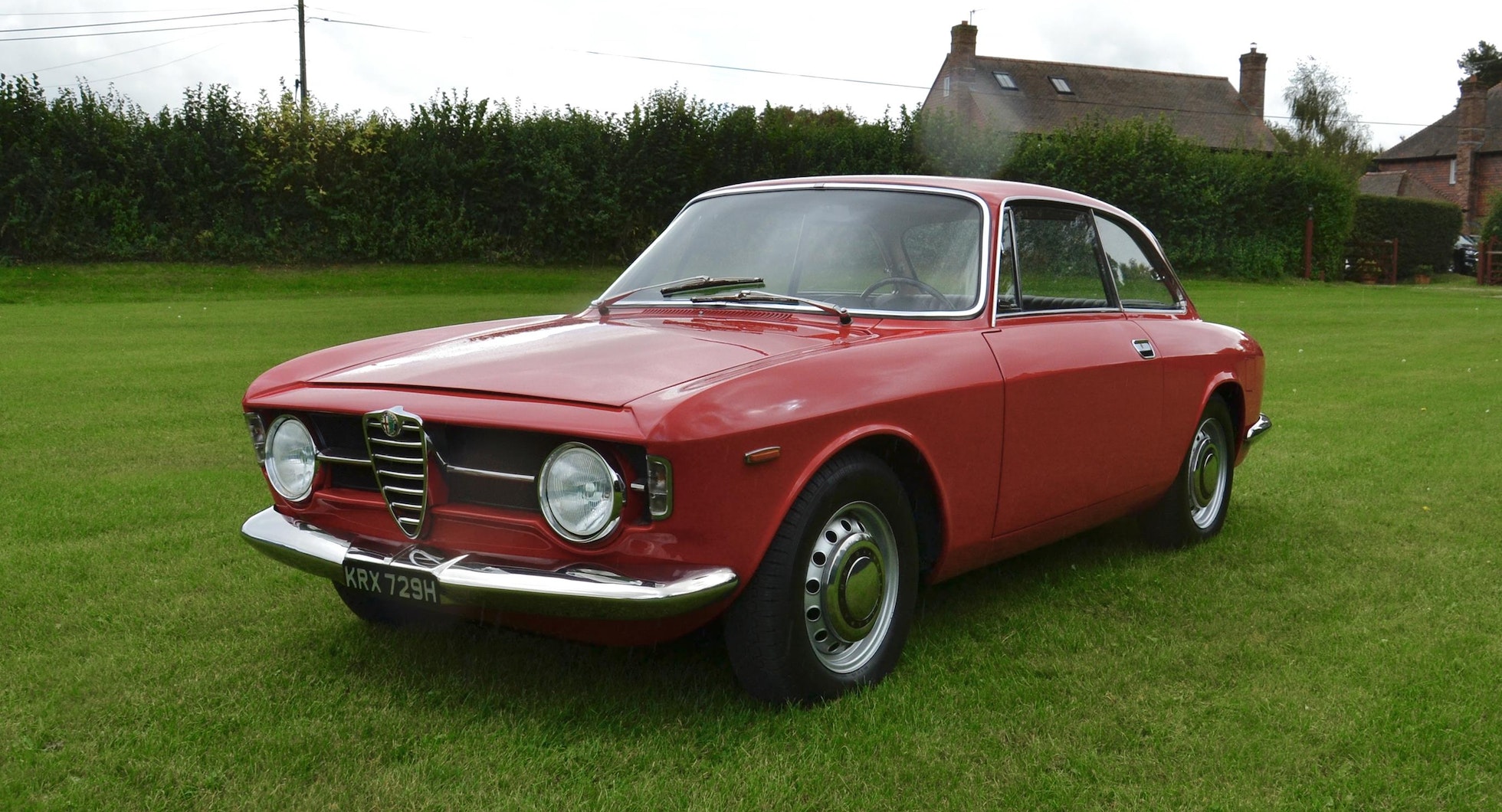 This 1970 Alfa Romeo GT 1300 Junior is a delightful Italian classic, presented in superb mechanical and cosmetic condition. It is powered by the tuneful 1.3-litre twin-cam engine on Weber 40 DCOE 28 carburettors, driven through the rear wheels via a five-speed manual transmission. The odometer shows just 63,809 km (39,649 miles) from new. 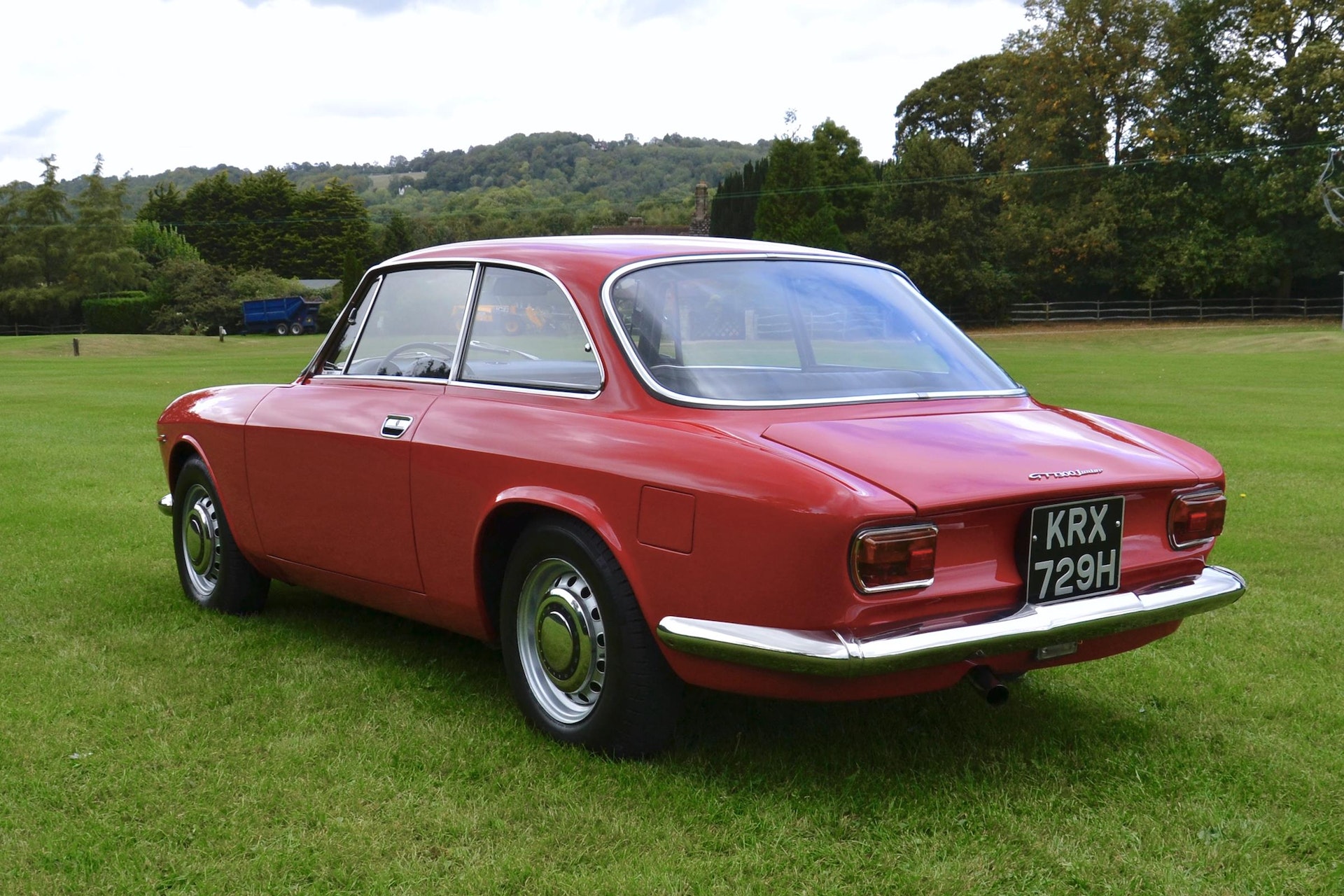 An original left-hand drive ‘step front’ example, this car is Classiche certified by Alfa Romeo as being manufactured in Milan on 31/08/70 and first registered on 03/09/70 in Brescia just outside Milan. It was exported from Italy to the UK in 2003. During its first decade on UK soil, the car was in the care of a single family, and they commissioned restoration works by Manchester-based specialist Classicarco. More recently, it was acquired by the owner of noted Alfa Romeo specialist, Southwood Car Company. 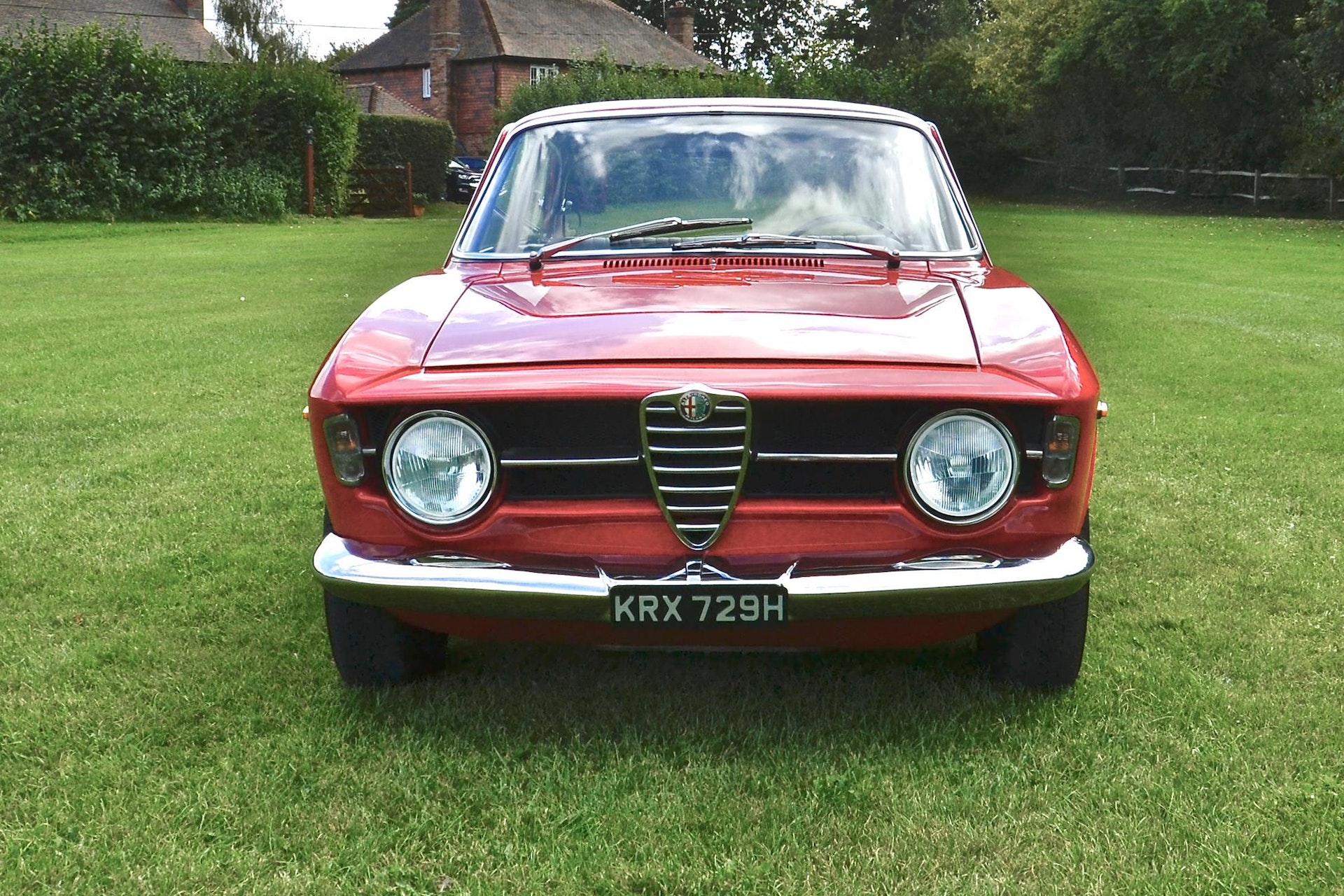 Today, its paintwork remains in truly excellent condition following its restoration with only very minor blemishes consistent with age, and no evidence of any bodywork damage at all. As it is a late example of the ‘step front’ model, it sits on the correct 14-inch wheels that are finished with polished hubcaps. The wheels have some very small chips around the outer rims, and could benefit from refurbishment in due course to match the standard of the paintwork. 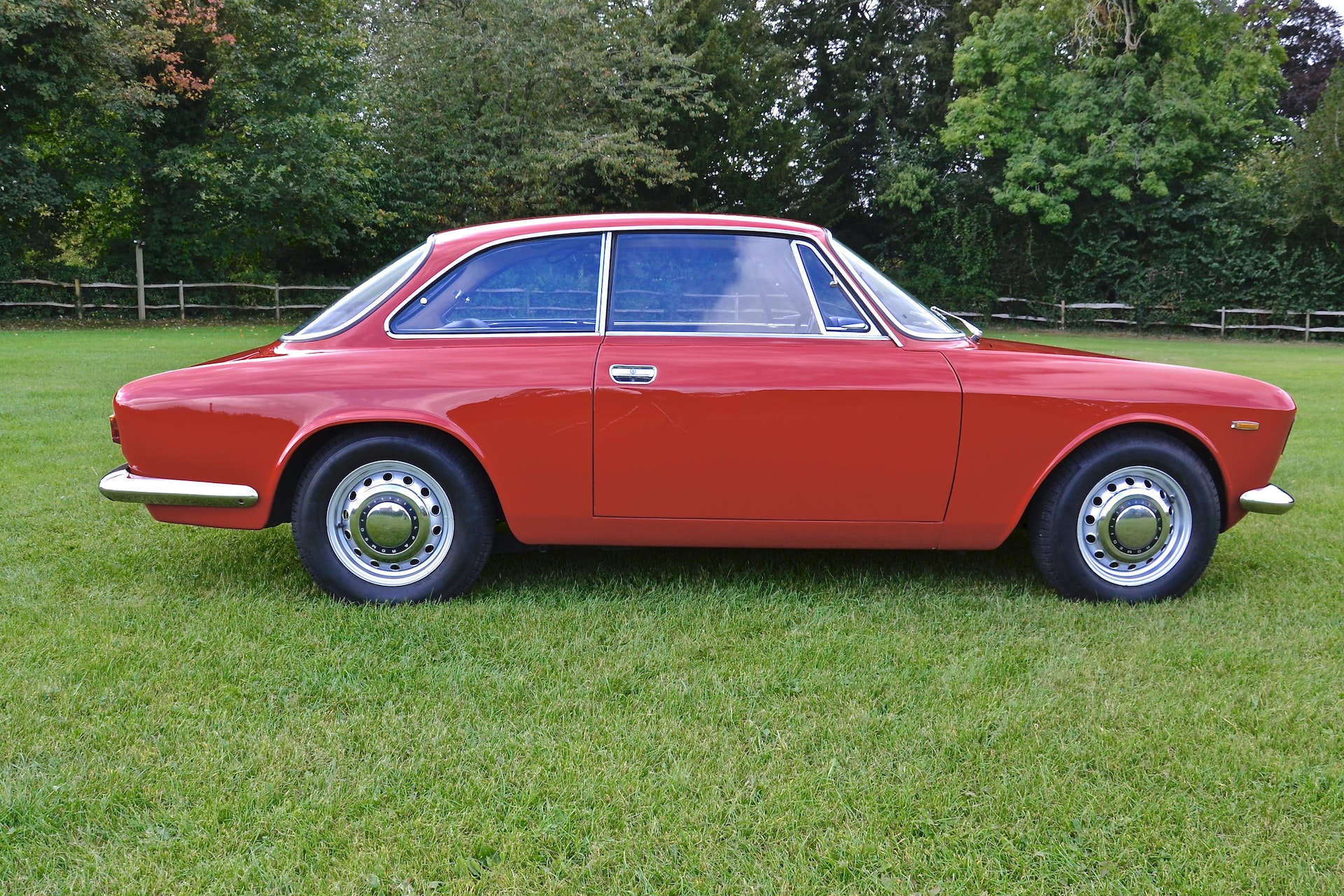 As with these cars most of the brightwork is stainless steel, all of which is in superb order, and the rubber seals around the windows and openings are all sound. There are some light scratches present on the side windows, though the glass is original to the car. Opening the doors reveals the jambs and shuts to be in great shape with the original metal kick plates along the sills. The undersides of the bonnet and boot are pristine, while the hinge mechanisms are free of corrosion and operate cleanly. 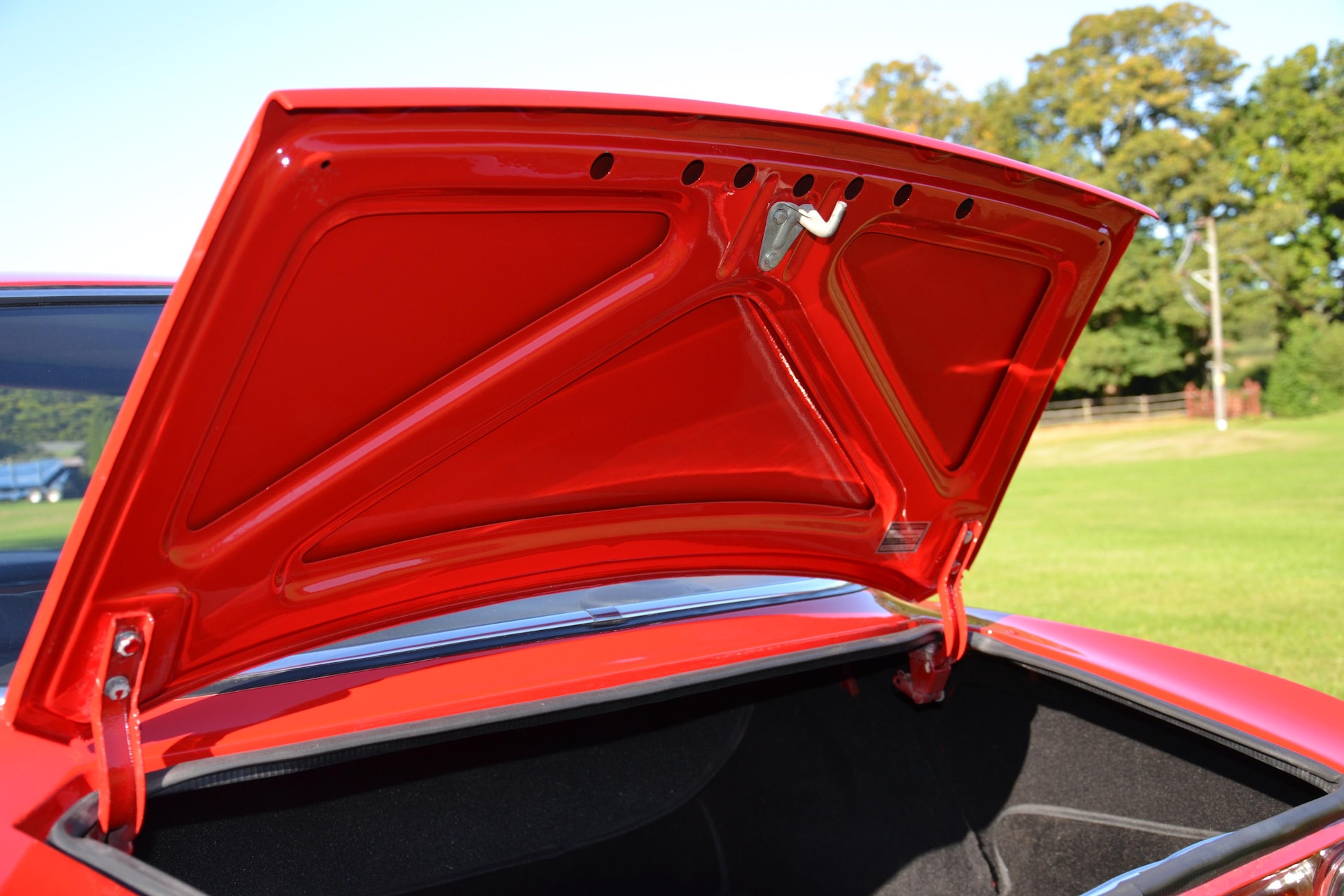 The interior trim is in terrific condition. It has previously been re-upholstered in black vinyl, which still looks superb, and the only note from the vendor is some slight discolouration of the original headlining. Given its production year, it features the correct 1750-style dual-cowl dashboard, equipped with elegant Jaeger instruments. 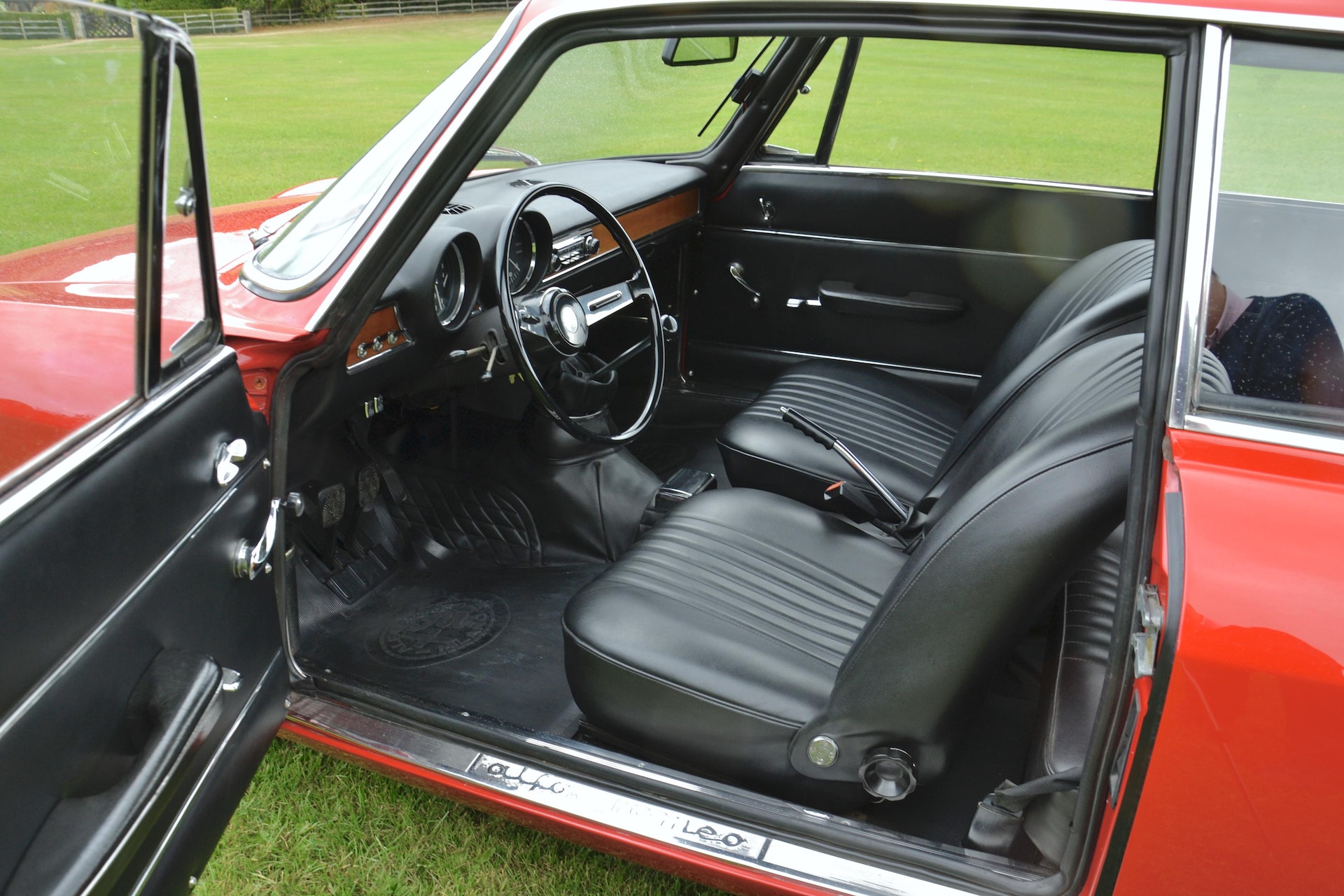 The two main dials display revs and speed, while those below the heating and ventilation controls show fuel level and water temperature. Ahead of the driver is the original slatted-spoke steering wheel, as well as a period-correct Motorola radio. At the rear of the car, the boot lining and interior vinyl floor coverings are in excellent order, and the original spare wheel is still stored under the floor. 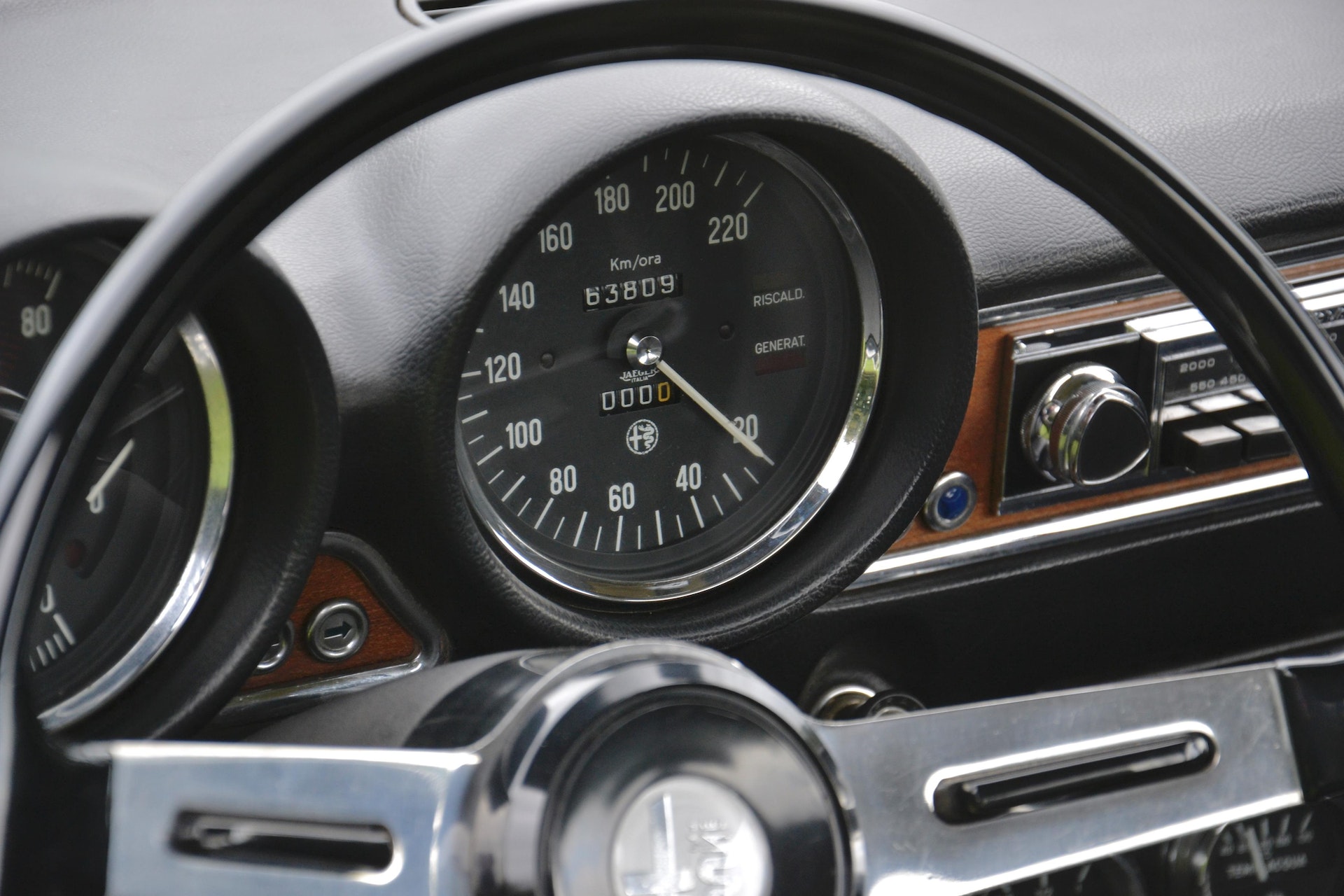 As a second series GT Junior, this ‘step front’ car blends the beauty of the earlier bodywork with the more refined mechanicals and interior of the later cars. It starts, runs and drives very sweetly, as you would expect given its exceptionally knowledgeable current owner. There are no known mechanical or electrical faults with the car whatsoever. 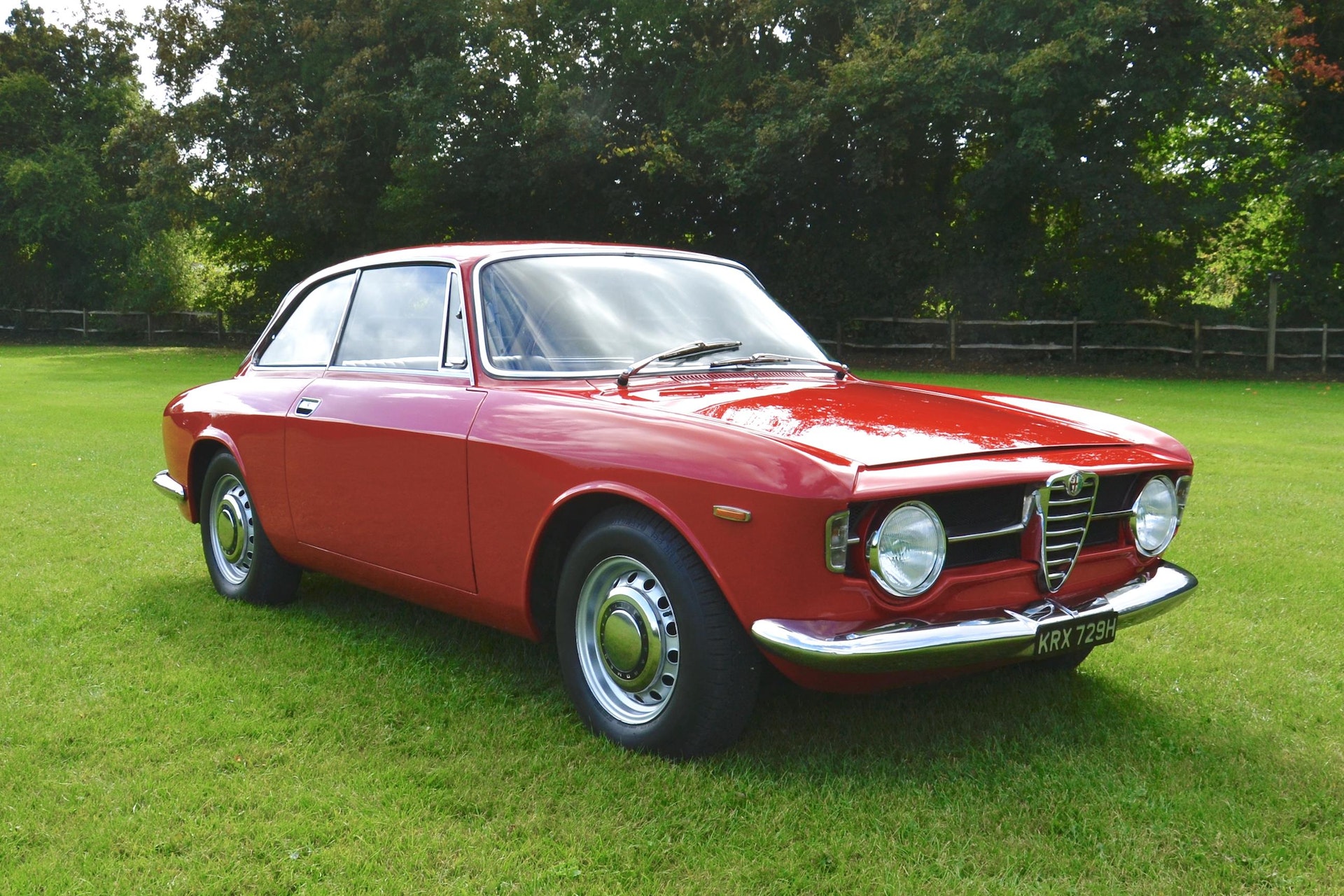 When the car was restored, it was also treated to an extensive engine overhaul and partial rebuild. Classicarco also fitted a bespoke handling kit from parts and tuning specialist Alfaholics, with new suspension dampers. Since then, the car has also been equipped with GTA-style ram pipes and ‘socks’, which lend it a wonderful sound under acceleration, without intruding at cruising speed. 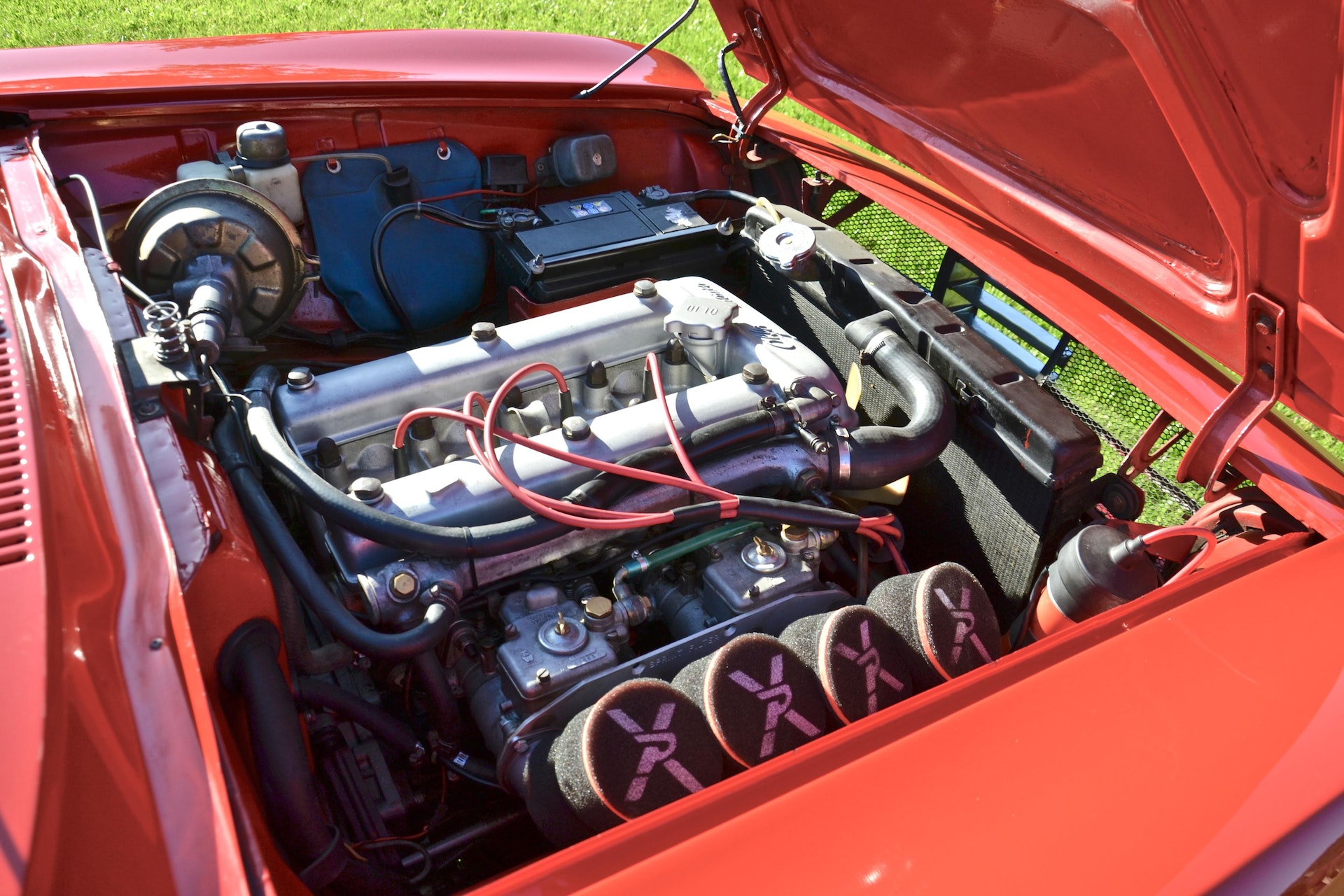 It was last given a service in August 2018 by Southwood. The last scheduled maintenance before that was in November 2016, when the cam cover gasket was also renewed, as well as the rear exhaust section. Its propshaft was also overhauled with a new centre support and bearing, while the front drop links and drag link were replaced. Finally, new brake hoses were installed, along with fresh fluid. Prior to this, a full gearbox rebuild was carried out in May 2015, which included a new clutch and release bearing. 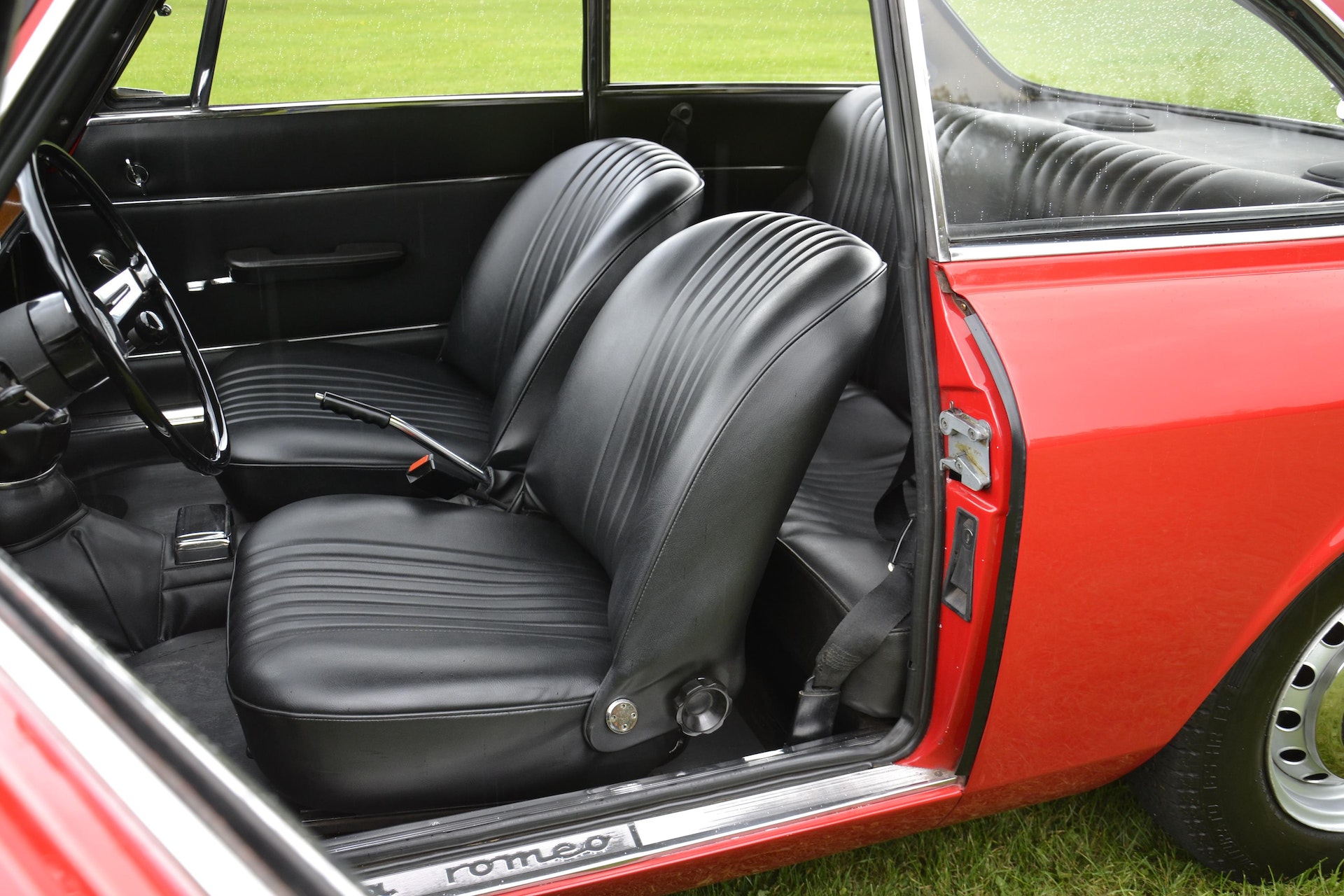 The most recent MOT test was on 19 September 2019 at 63,798 km (39,642 miles), which resulted in a clean pass with no advisories. Its wheels are shod in a set of Pirelli Cinturato CA67 tyres in size 165 R14, which were all manufactured in 2015. They have driven just a few hundred miles on the road and still have 6mm of tread depth all round. 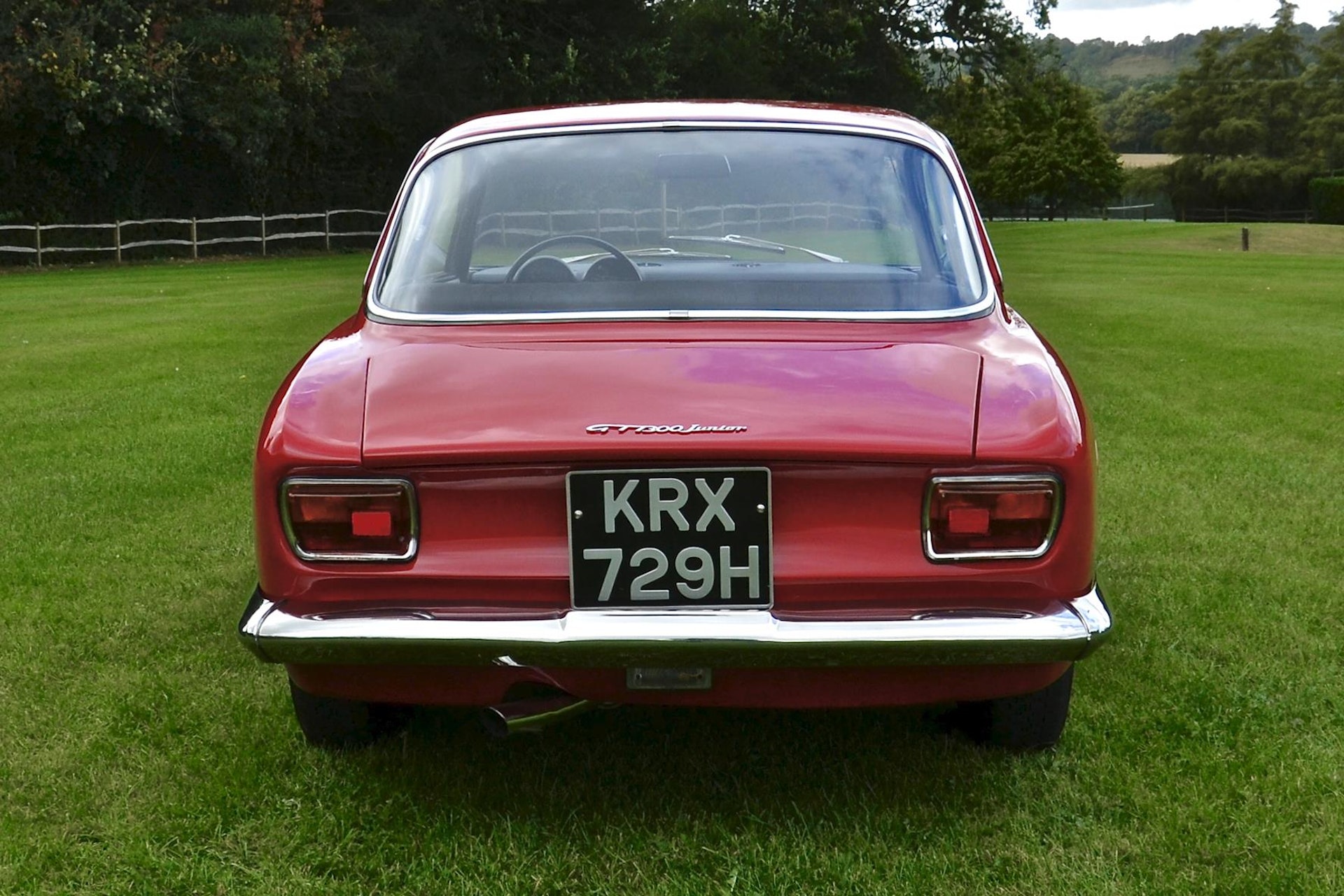 Accompanying the car is a very good history file, including old receipts and maintenance documentation and all UK MOT certificates. The paperwork includes invoices totalling around £25,000, relating to the 2006-2007 restoration programme in particular. 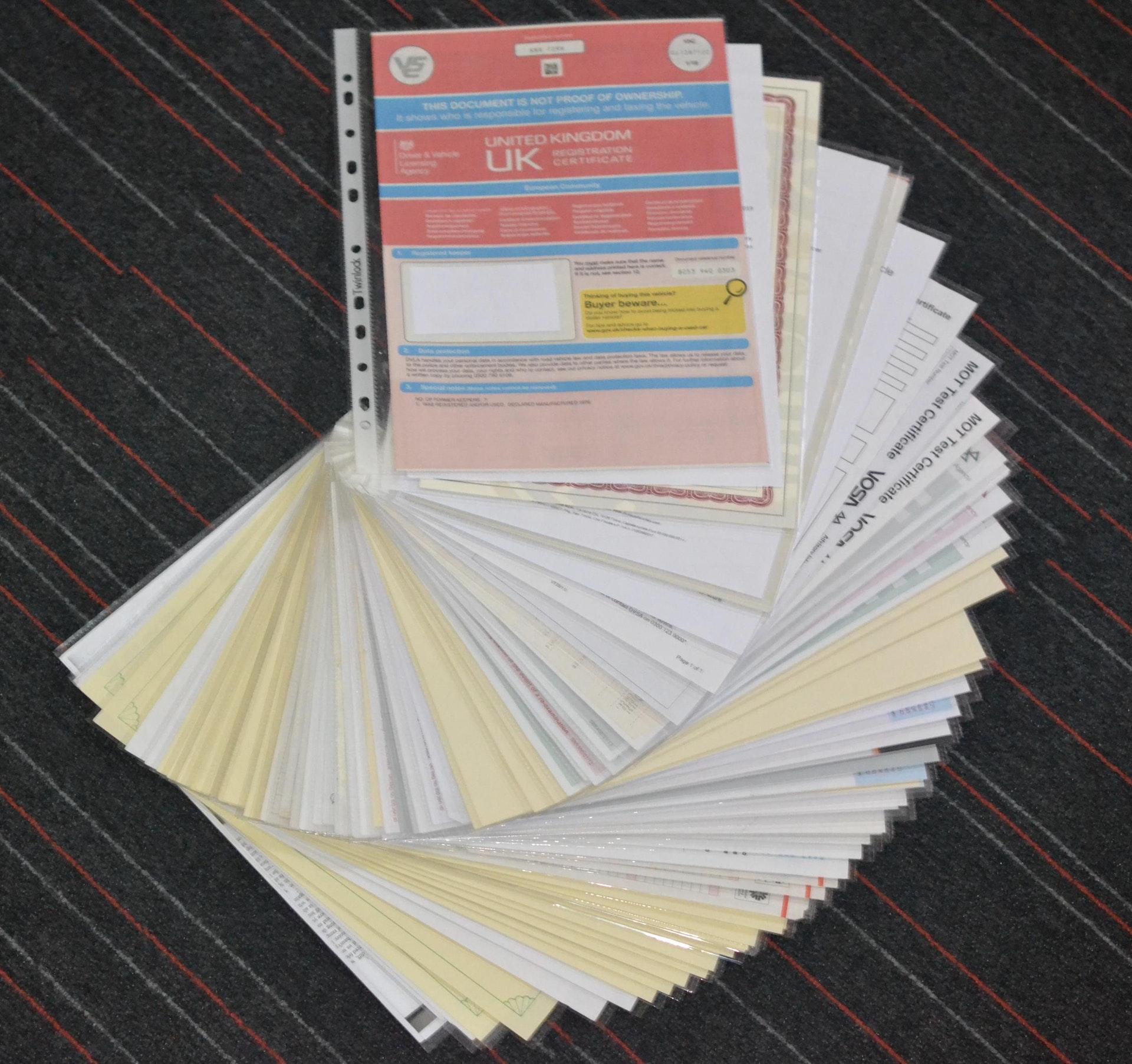 This particular car was also recently featured in Classic & Sports Car magazine, where it was described as being a “concours” example. While comparing it to the Fiat 124 Sport and Lancia Fulvia Coupe, journalist Ross Alkureishi said: “The Alfa has my heart; it is stunning. Factor in a rorty, animalistic drive and it’s the winner.” 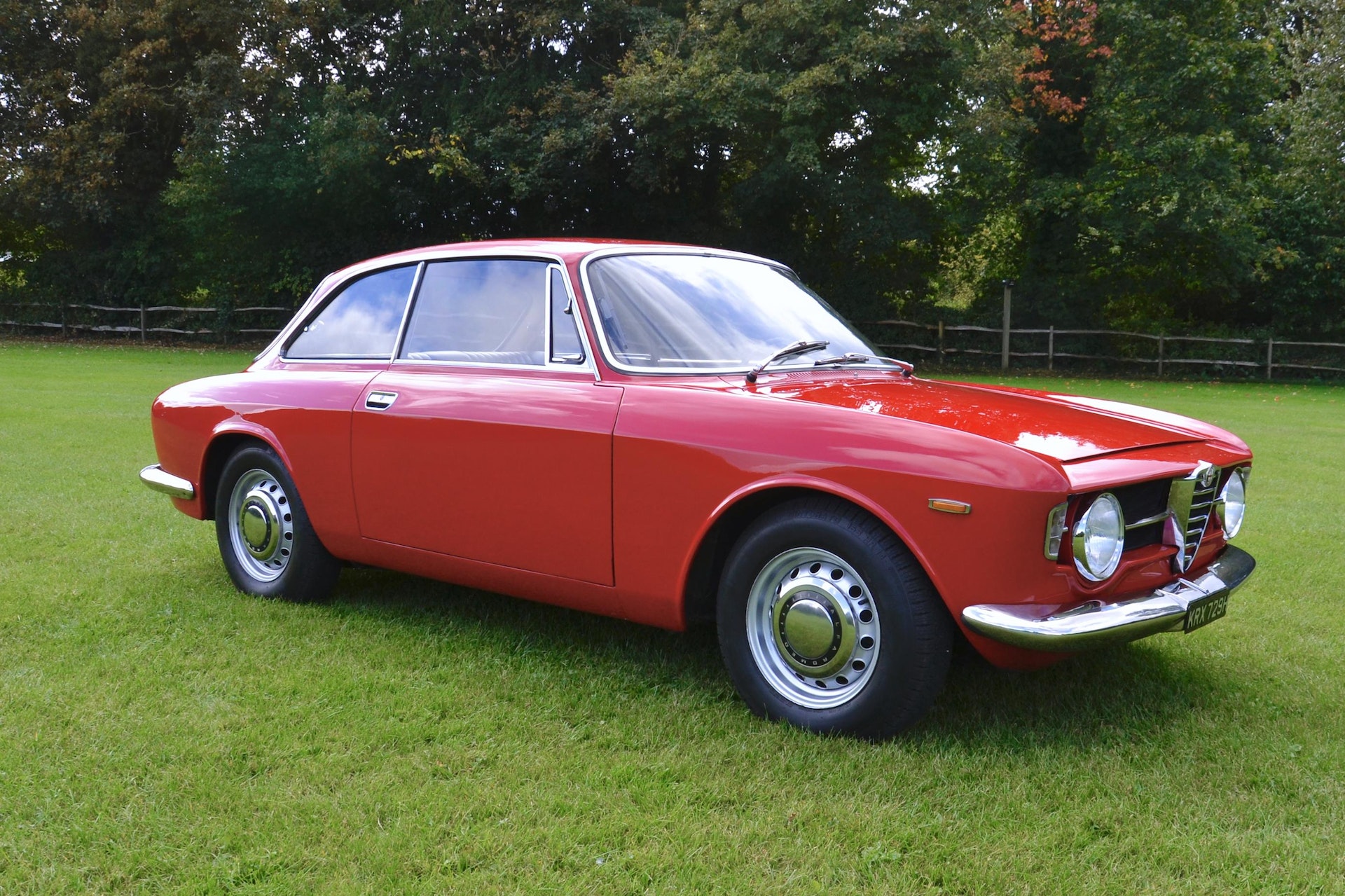 A beautiful car inside and out, this Alfa Romeo GT 1300 Junior drives perfectly. With only the subtle modifications of an Alfaholics handling kit and GTA ram pipes, it is a highly original example in top condition, ready to delight its next owner wherever they care to drive it.