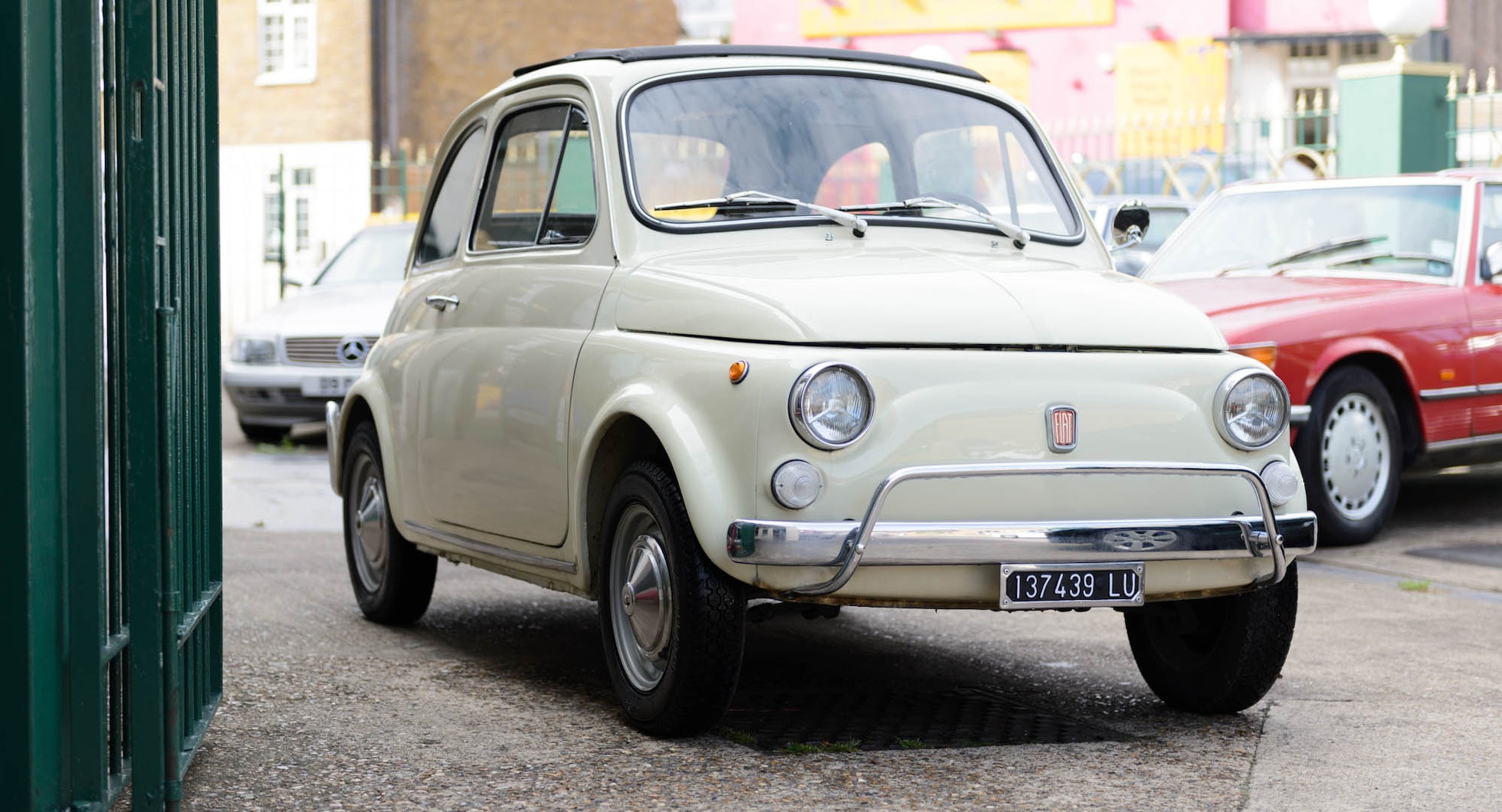 This 1969 Fiat 500L is a terrific Italian classic that is presented in sound condition, having recently been the subject of substantial refurbishment. It is powered by the 499cc 18hp engine, powered through a four-speed manual transmission. The odometer reading is 31,481 km, which is not warranted but may well be the mileage from new. 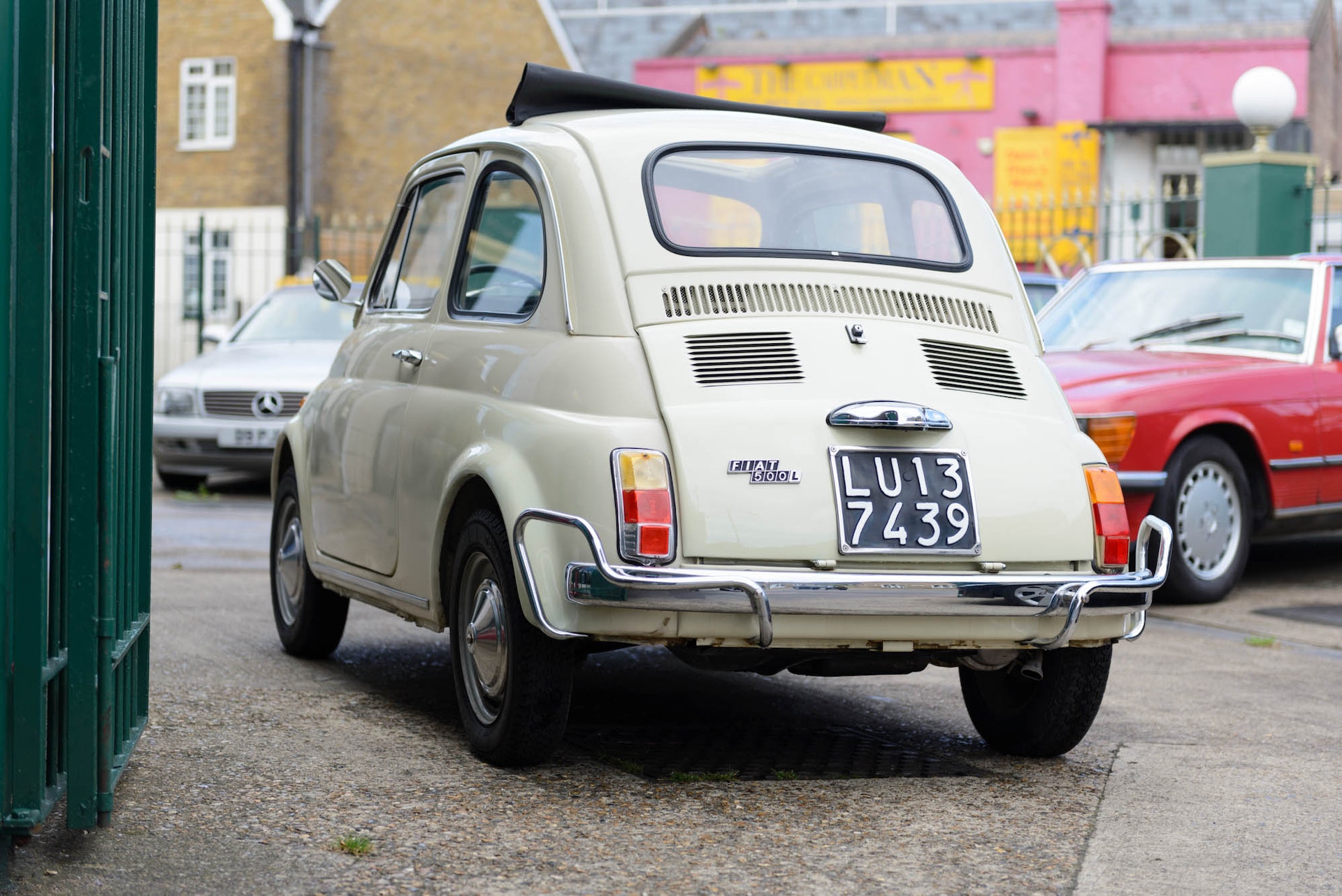 Being the high-spec ‘Lusso’ model, this 500 features the chrome bumper overriders at the front and rear, rectangular tail lights, horizontal Veglia instrument binnacle, and ribbed vinyl seats and door panels. It also has the front-hinged doors of the 500F model, as well as the half-length canvas roof. 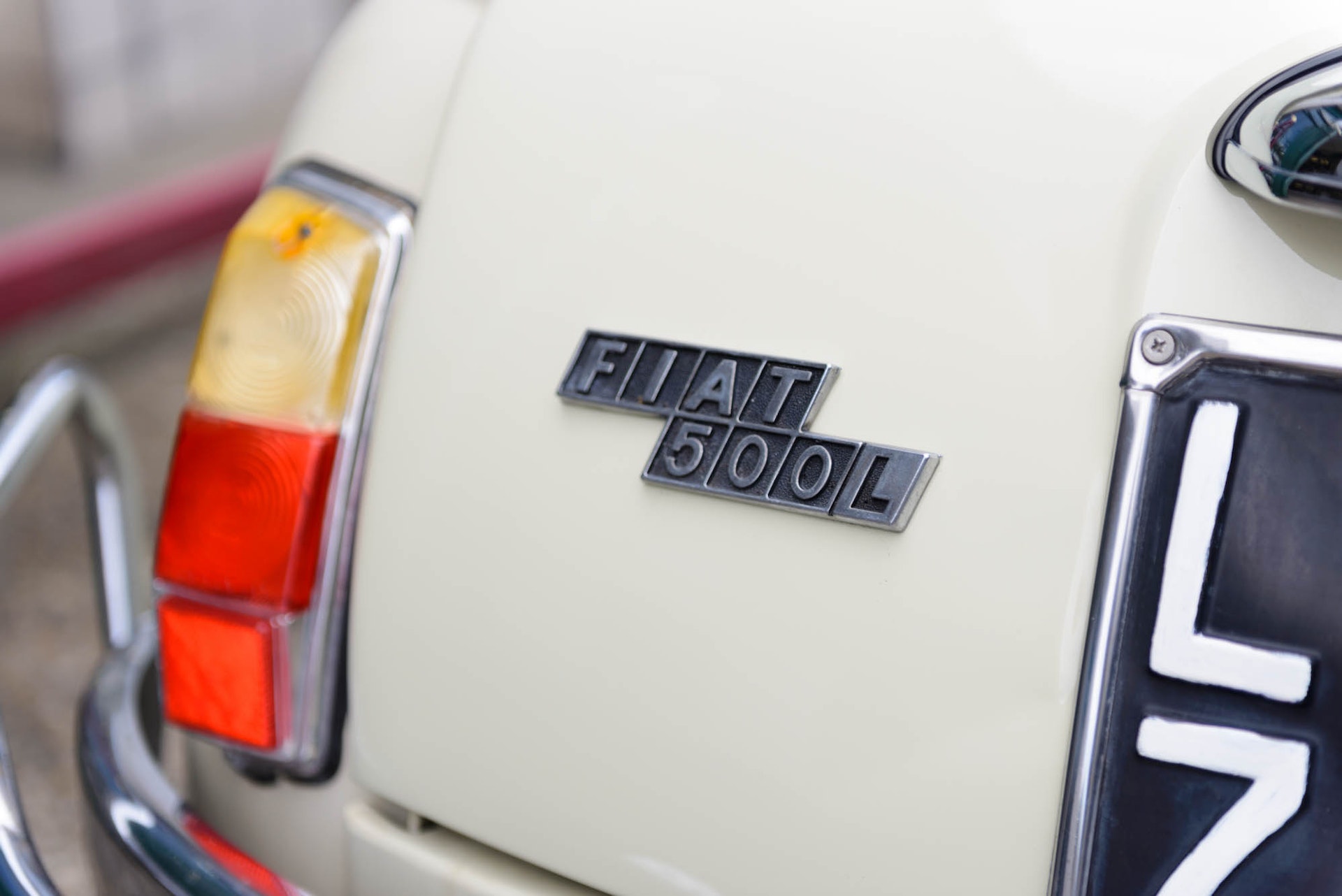 An original Italian-delivery example, this car is still registered in the city of Lucca. It is understood to have come directly from single family ownership to the current keeper, who has brought the car over to London temporarily while he works there. If the car is bought by a UK resident, it will need to be officially imported.

In 2010, this car’s bodywork was refurbished and it was repainted in its original Fiat factory colour of Old Ivory. Within the last few months, it has also received a new engine cover and additional paintwork. There are a few minor scuffs and blemishes, so while not a concours contender, this is certainly a sound example of the breed that presents superbly. 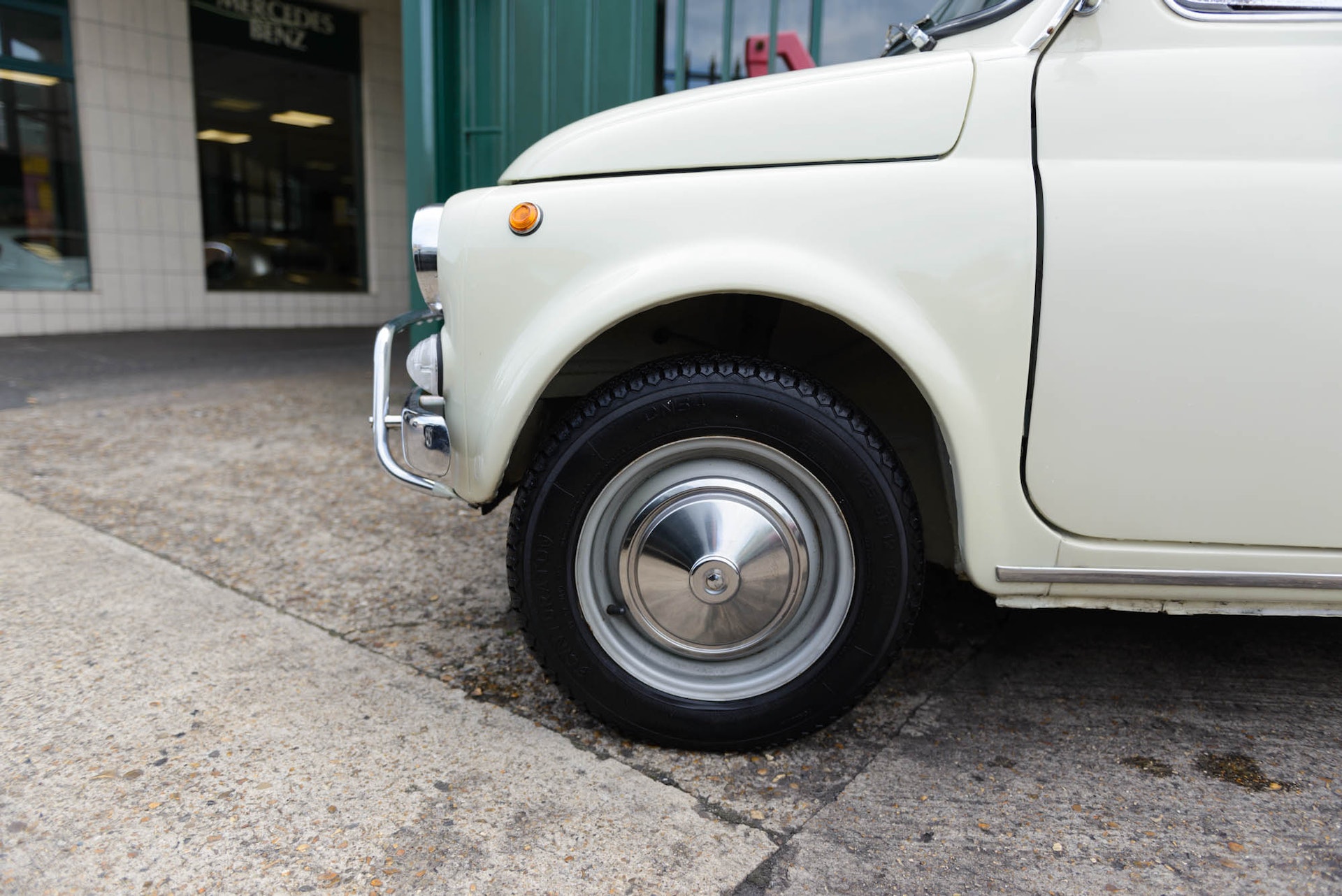 All of the exterior chrome is in good order, with pitting present only on a few sections. The light lenses are complete and undamaged, and the gasket seals have evidently been renewed as well. On the roof, the folding canvas is in great shape, with no rips or holes, and fits snugly when closed. The car sits on a set of 12-inch steel wheels, which are in sound condition with only some surface corrosion around the rims. 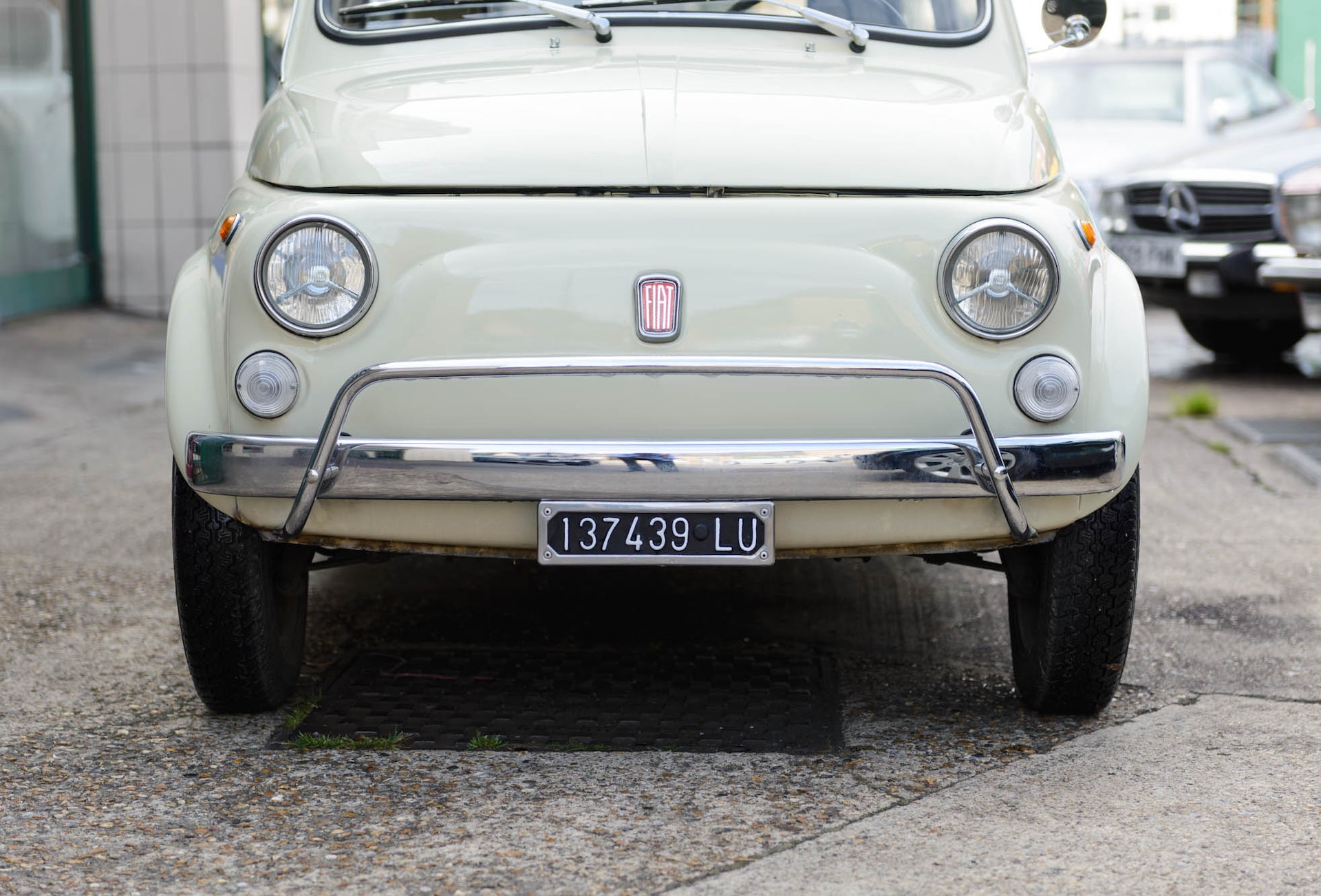 Inside, the black vinyl upholstery is in superb order, having first been refurbished when the exterior was smartened up in 2010. Since then, the whole cabin has also been given a deep clean throughout. Ahead of the driver, the two-spoke steering wheel is the original item, and the paint has flaked off in a few places. All of the carpets have been renewed, as has the rear-view mirror - with a factory-correct item. 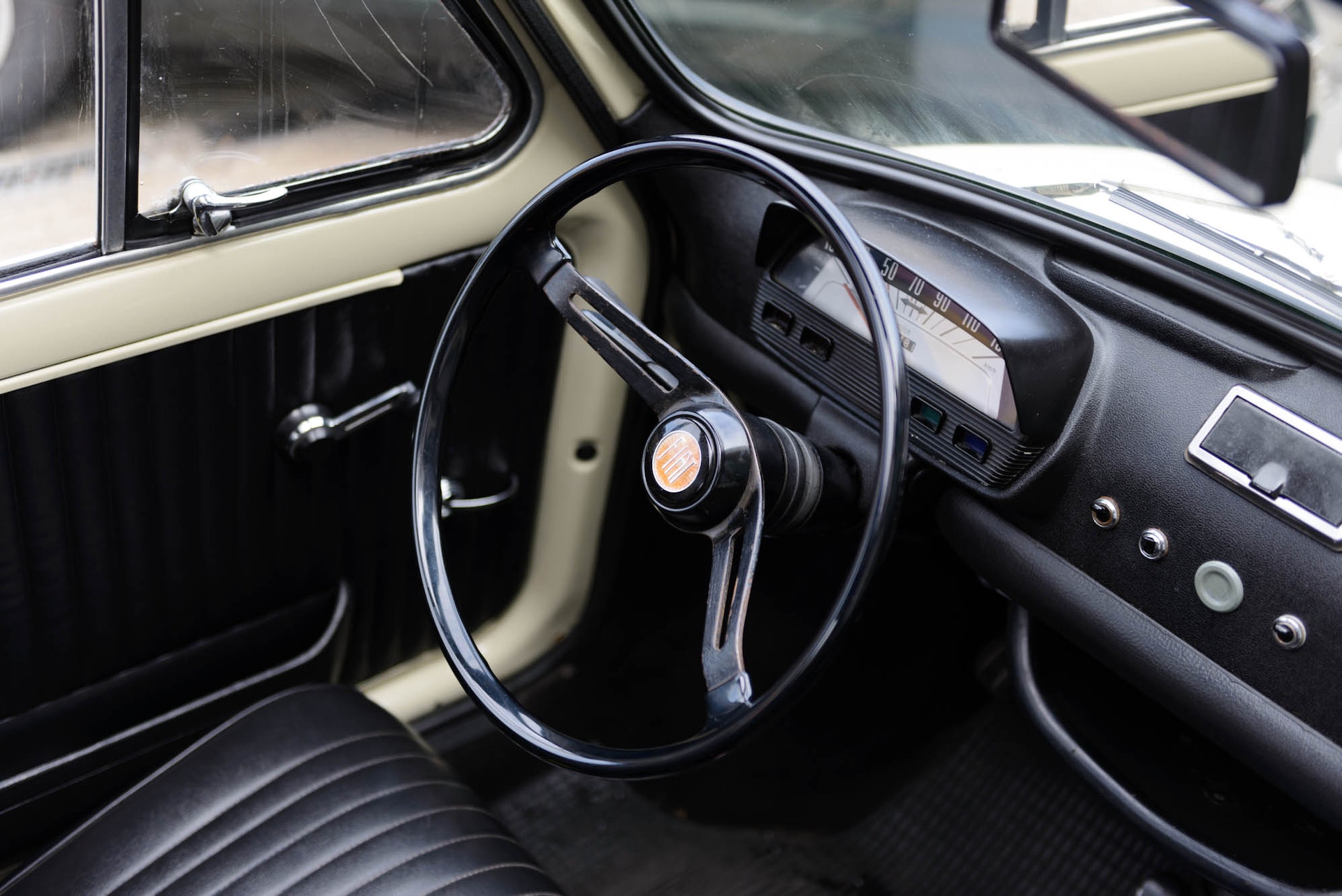 The engine bay is tidy and original, and the car starts and runs very well. While this car has been the subject of regular maintenance and servicing, it has never been totally restored. 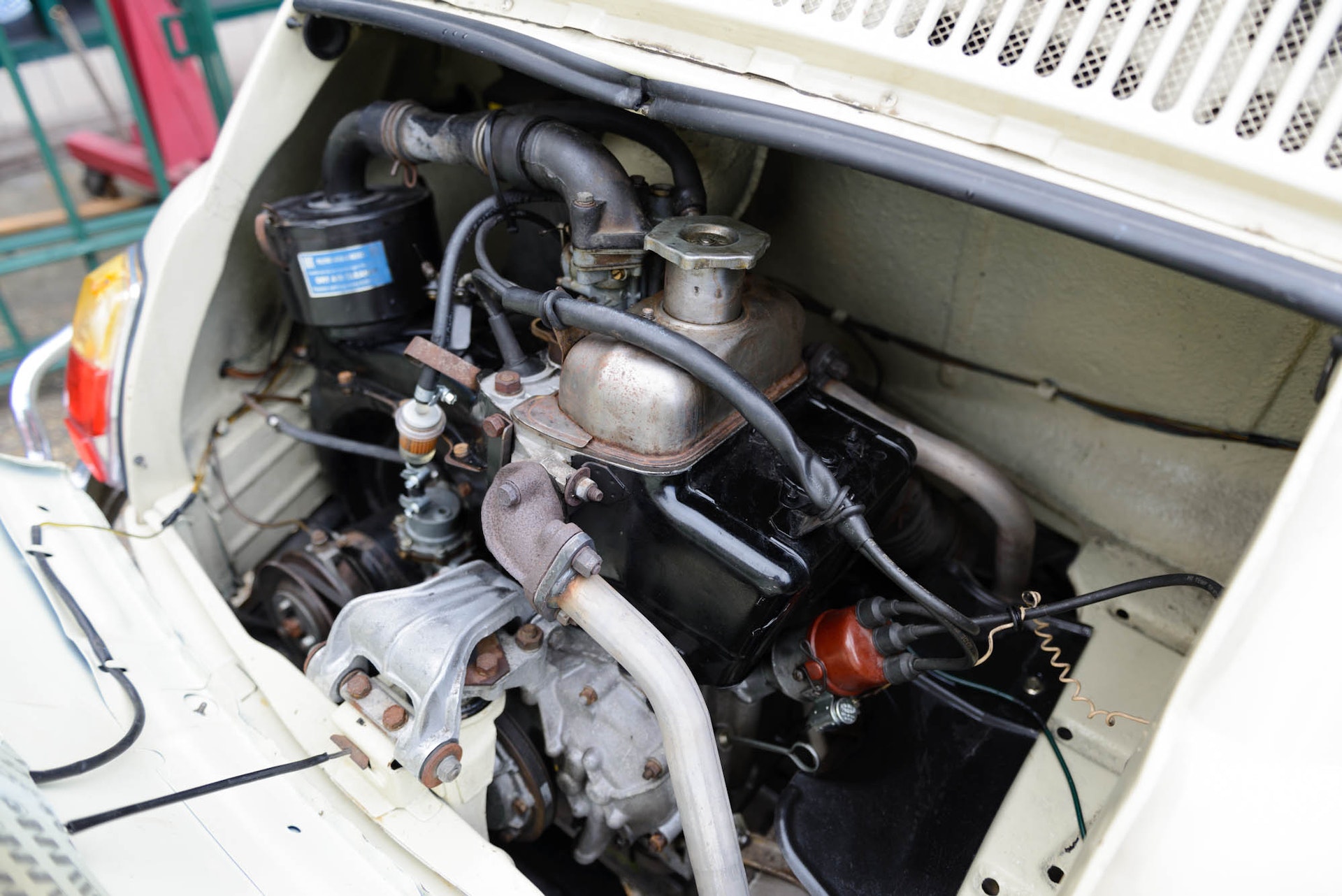 Its powertrain was fully rebuilt in 2018, and we are told by the vendor that it is now “a particular delight, capable of running cheerily flat-out all day”, which is around 60mph on British roads. The suspension was completely overhauled in 2010, and in May 2019 the car was also treated to a new exhaust system, along with a full service. 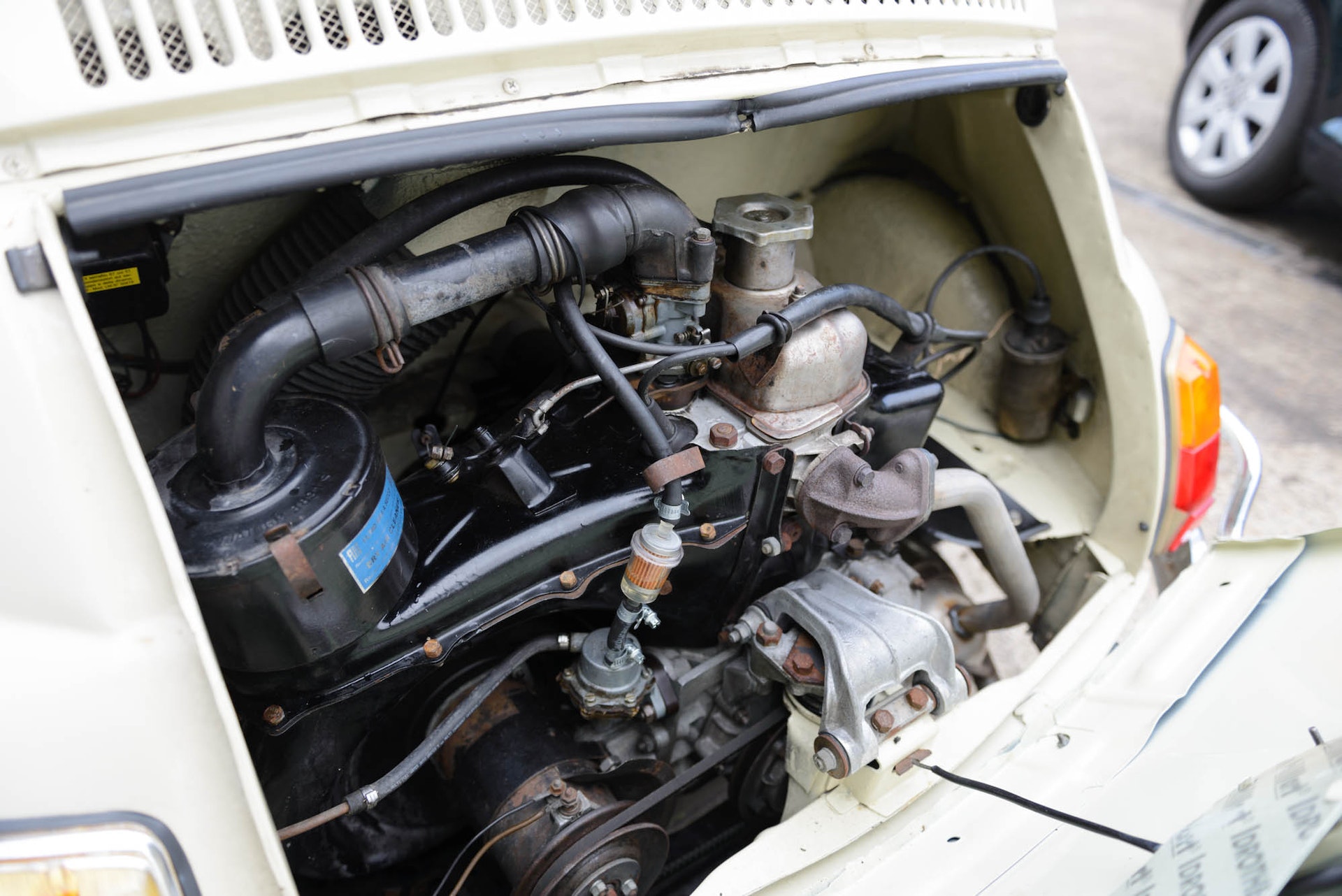 Throughout all of the refurbishment works, as many original components as possible were retained and restored rather than replaced. The attention to detail is evident all around the car, and even extends to the 125-section Pirelli Cinturato CN54 tyres, which feature the recreated original tread design.

Its authentic period style has led to recent use as a promotional vehicle in photoshoots for the launch of the Real Italian Catering Company and the Real Italian Car Company. It is accompanied by a file of historic Italian documents and receipts, which tell the story of this little Fiat. The vendor notes that it will also be sold with a genuine luggage rack. This can be attached to the rear engine cover - as sported by many examples in Italy when they were new. 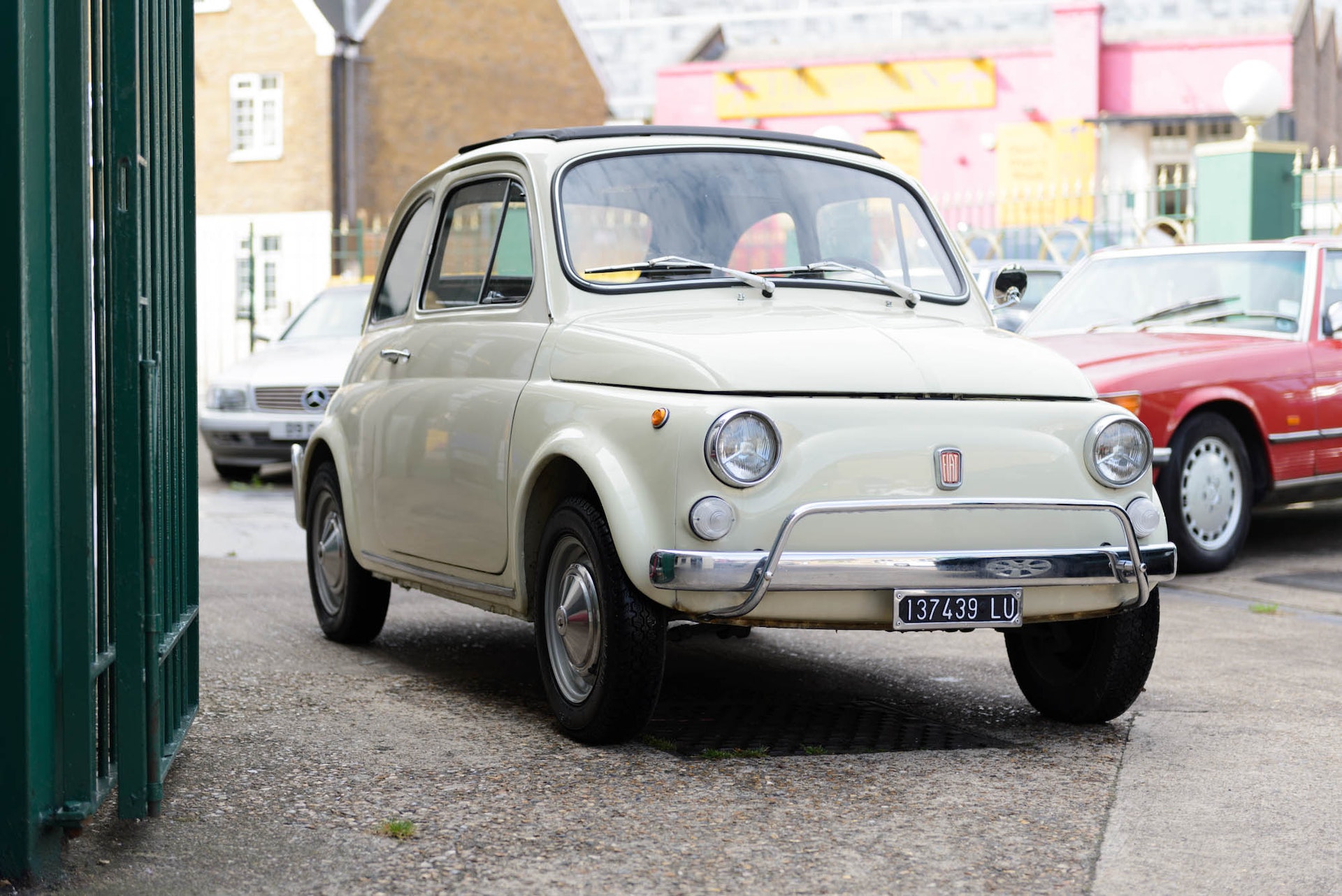 This Fiat 500L is a highly original classic that has been well-maintained from new, but has never been ‘over-restored’. Recent extensive refurbishment has ensured that it drives beautifully and presents superbly, and it will undoubtedly delight its next owner with its inimitable Italian charm. 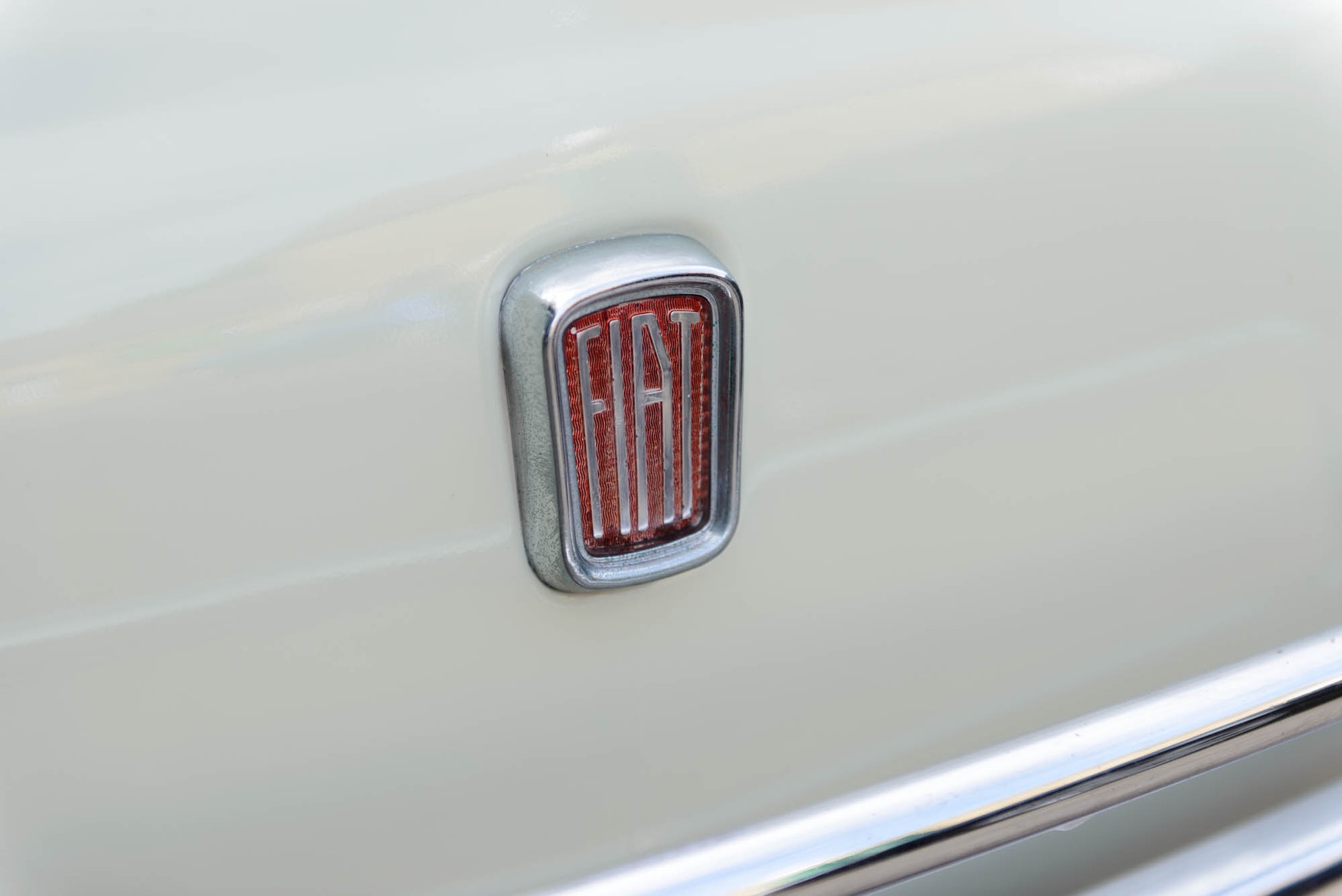