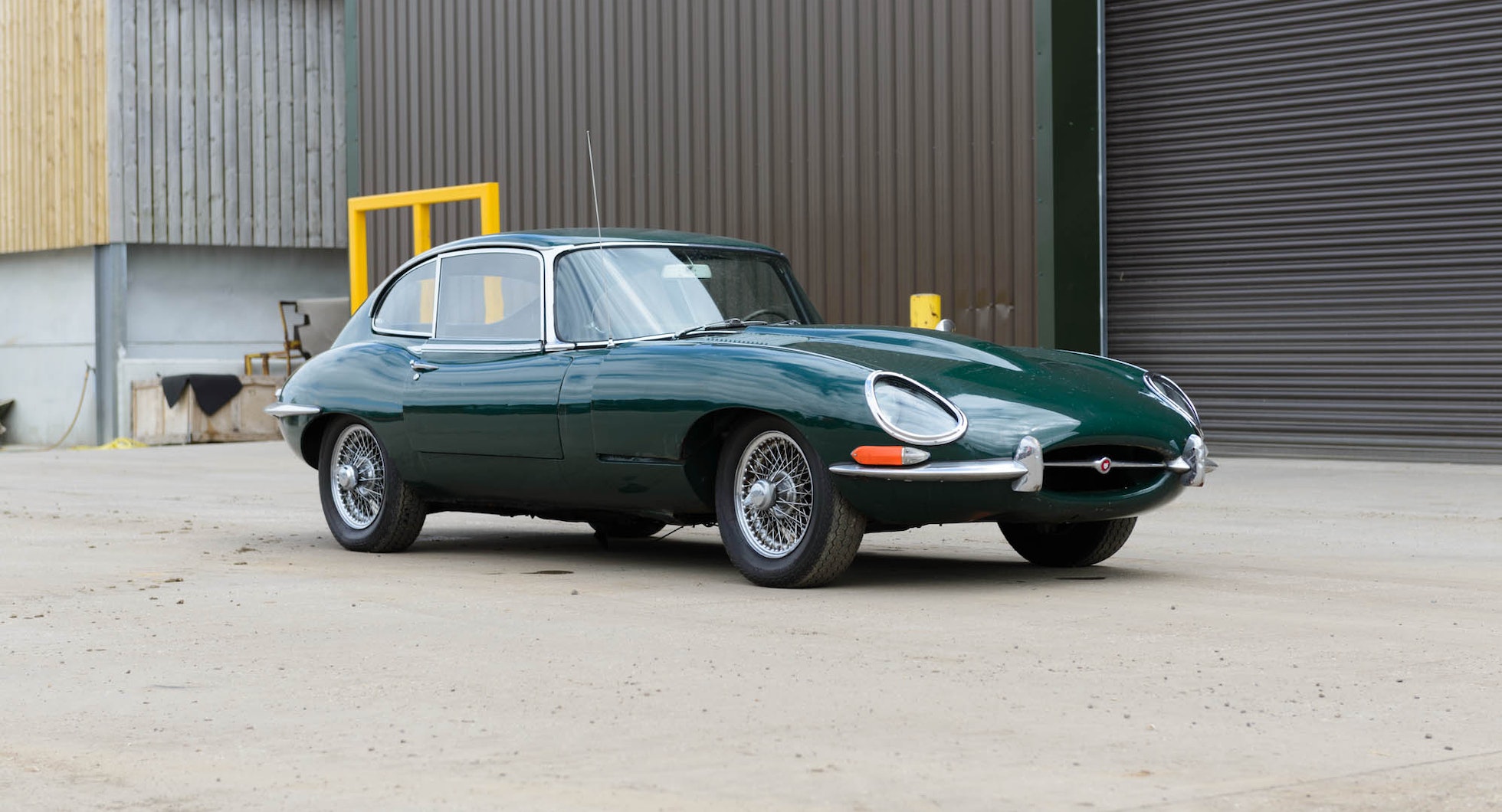 This 1966 Jaguar E-Type Series 1 represents a great opportunity to acquire a solid and highly original coupe, which is ripe for gradual improvement or a more extensive restoration. It is powered by a numbers-matching 4.2-litre straight-six engine on triple SU carburettors, coupled to the four-speed all-synchro manual transmission. The odometer shows 91,982 miles, which is believed to be correct. 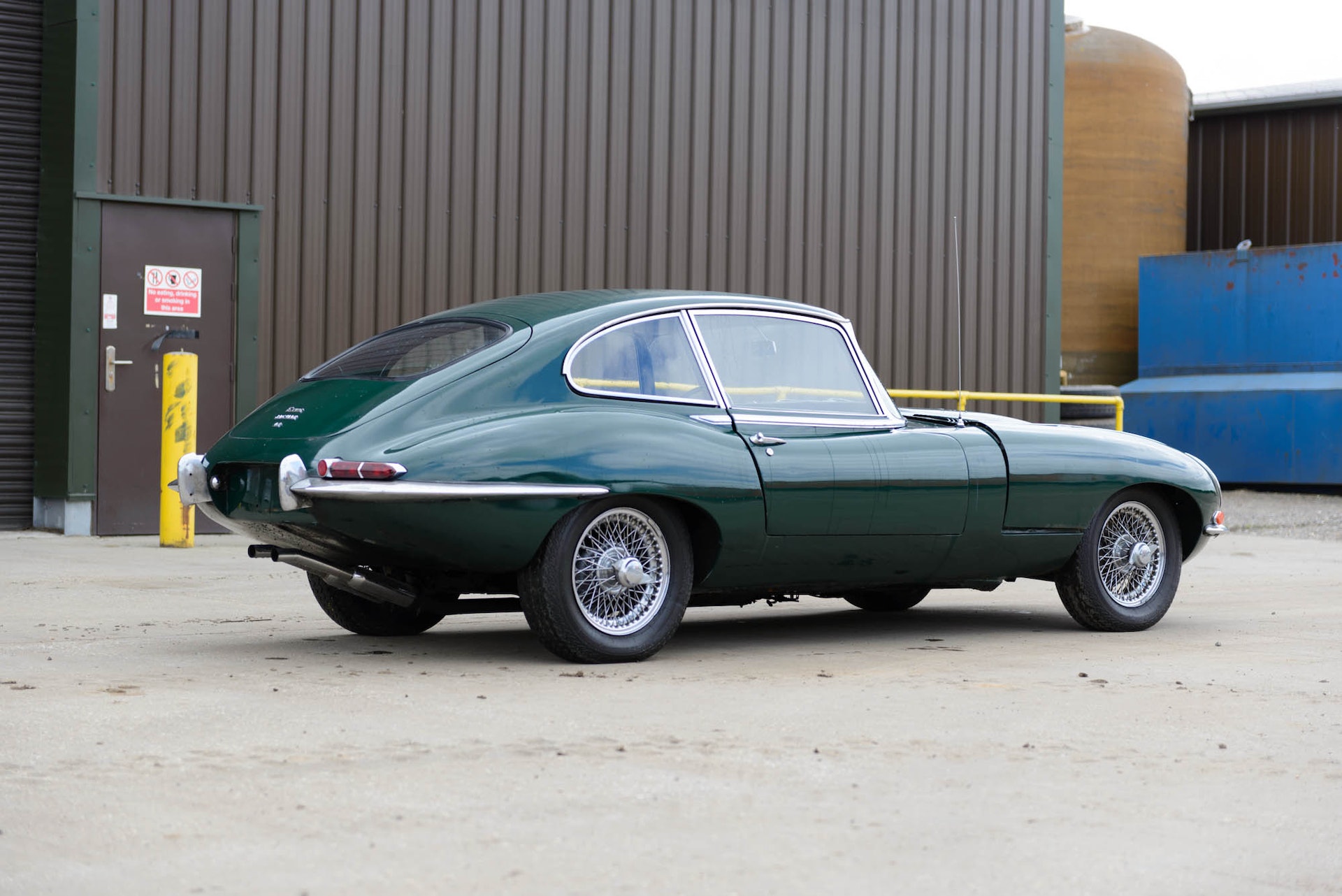 An original left-hand drive example, the chassis number confirms that the car is a very late 1966 build. First registration may well have been in early 1967, as this is the year on the previous title. The car is understood to have been supplied new to the US, and between 1987 and 2017 was in continuous 30-year ownership with an enthusiast in Indiana. 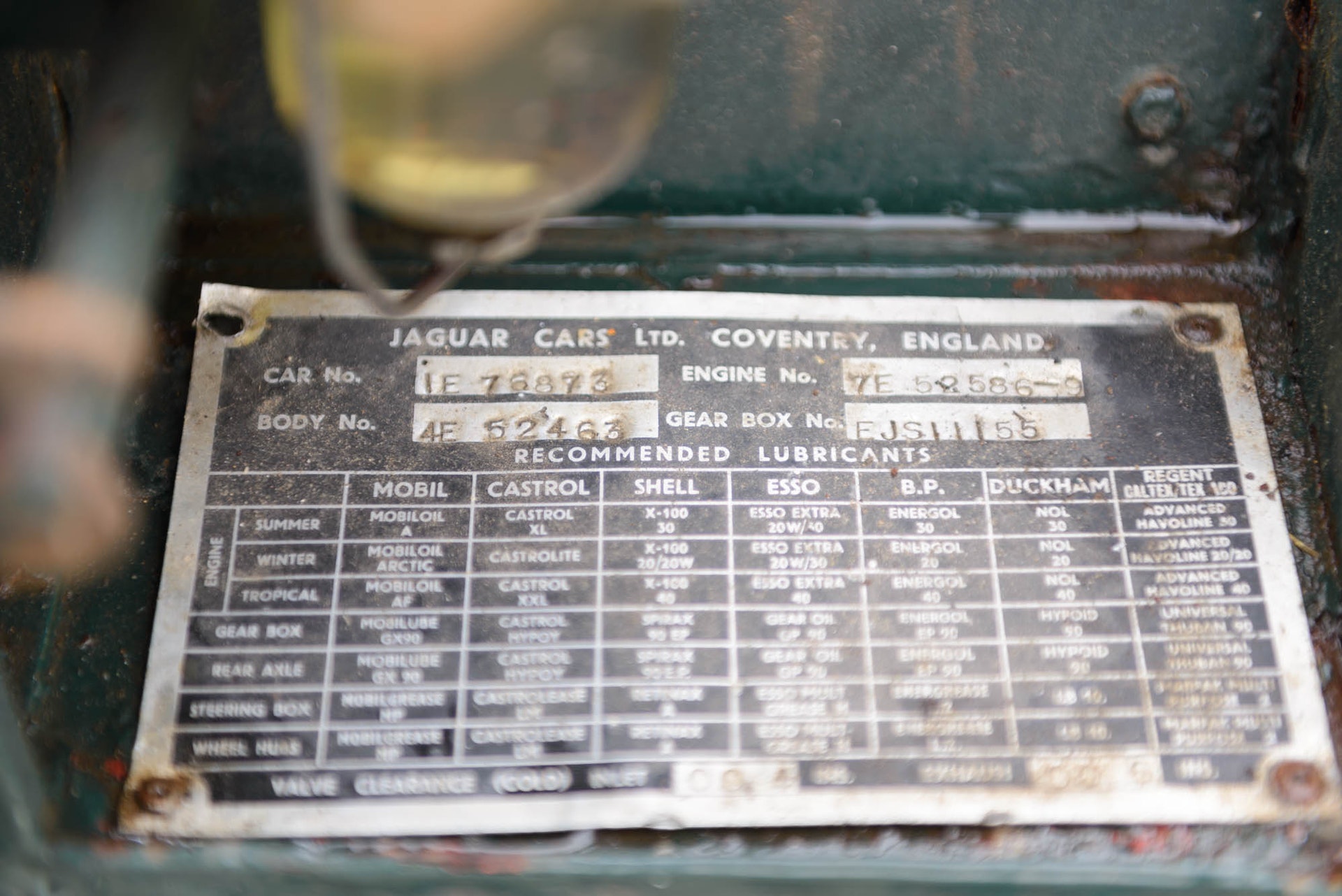 Having been sold on by this owner, the car was later offered for sale by the Vintage Car Collector business in California. It was spotted by a UK enthusiast last year, who had the car shipped to the UK. 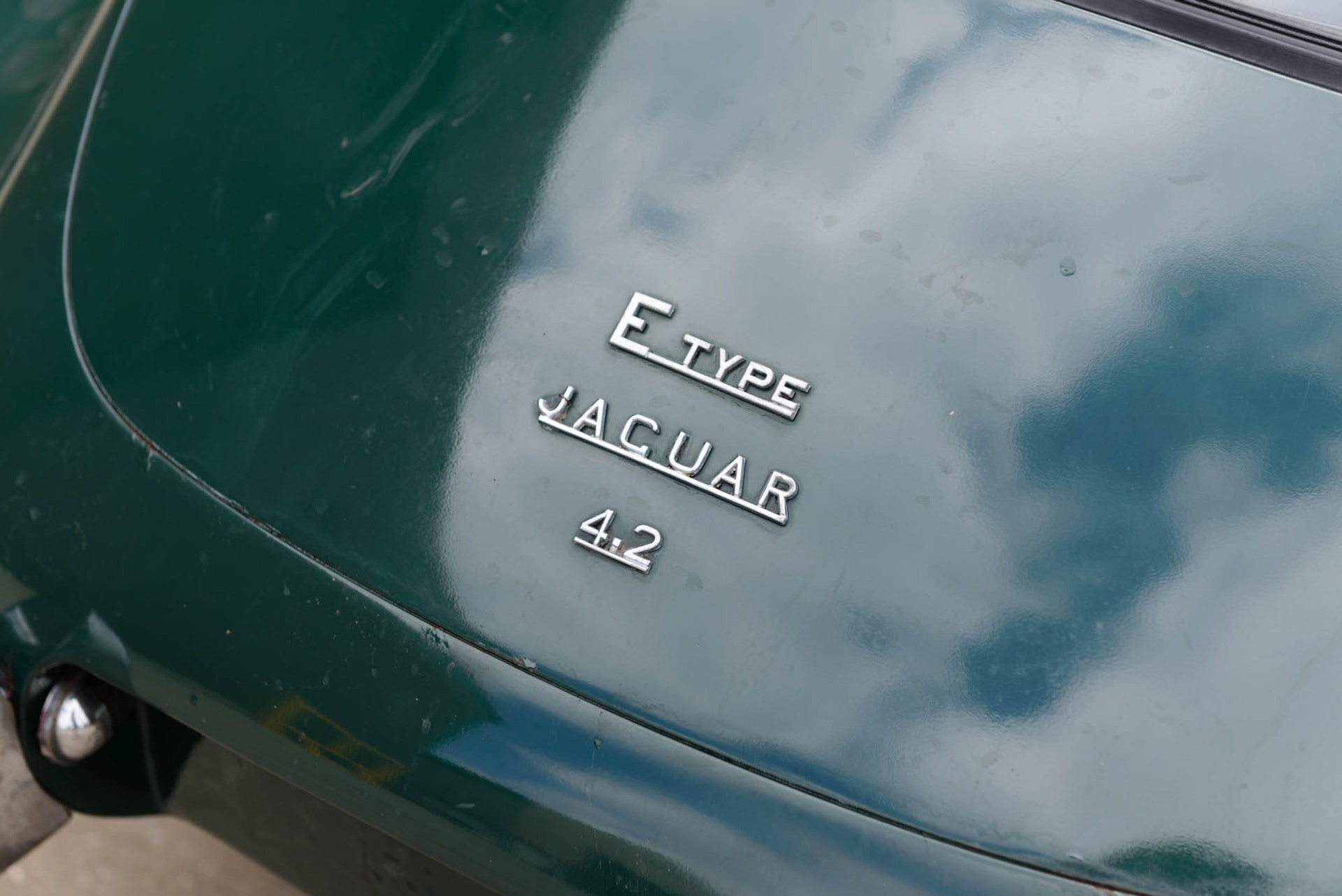 Its British Racing Green paintwork is in good order, with some minor dents and stone chips but very little rust. It will require some renovation to the floor pans and door skins, and attention to small blistering on the bonnet and front wing seams - but all of this is easily repairable. Early in its life, the bonnet was replaced with a Series 1.5 version, and the Indiana owner subsequently fitted Series 1 style headlight diaphragms and glass. It sits on a set of chrome wire wheels, which are undamaged with only some surface corrosion. 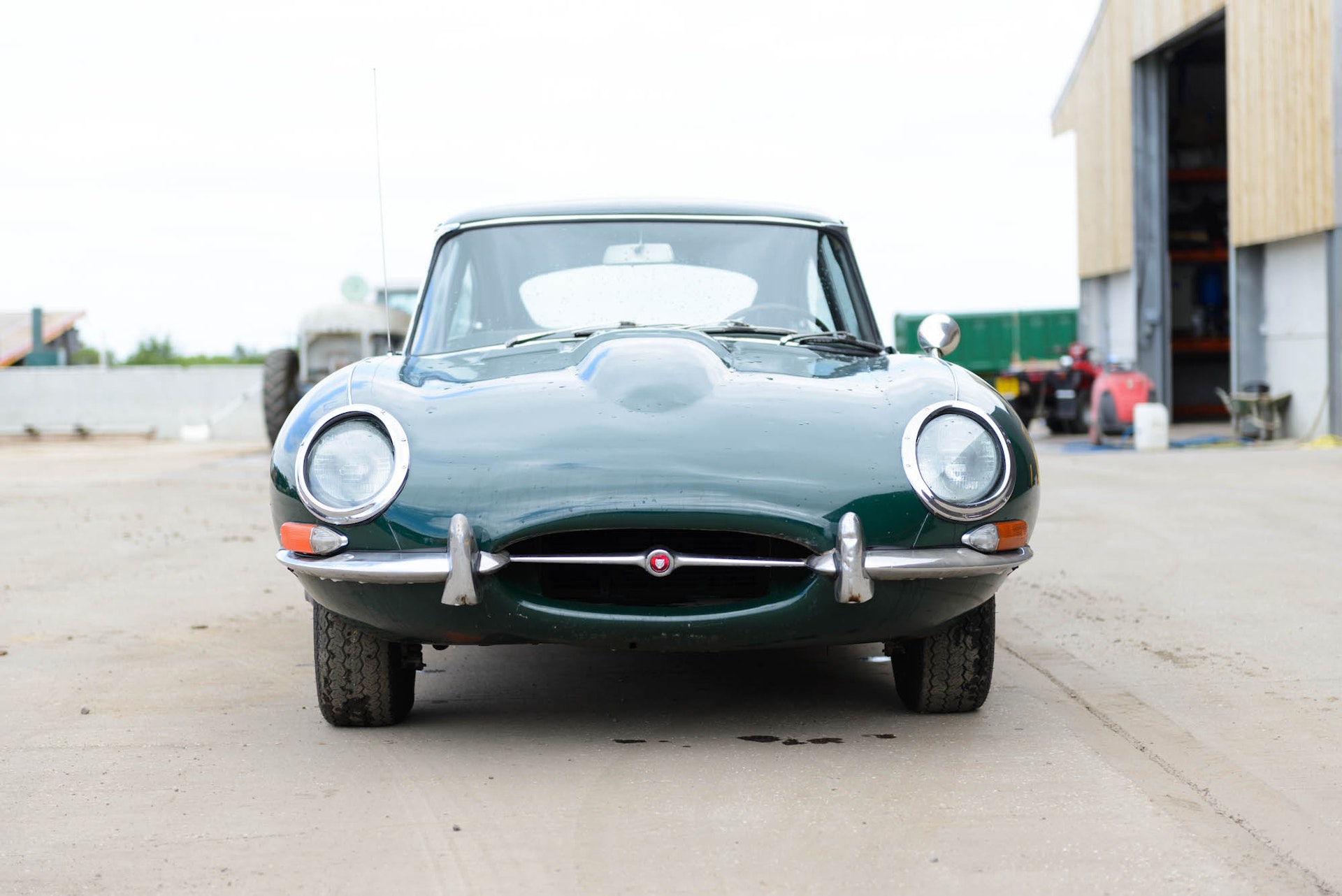 With the exception of the windscreen, all of the window glass is original, and there are no cracks. The chrome is all present and correct, and can of course be improved over time. The doors, bonnet and boot open and close as they should, and the rubber seals are all in fair order. Both the engine bay and boot compartment are very clean, and are largely free of blemishes. 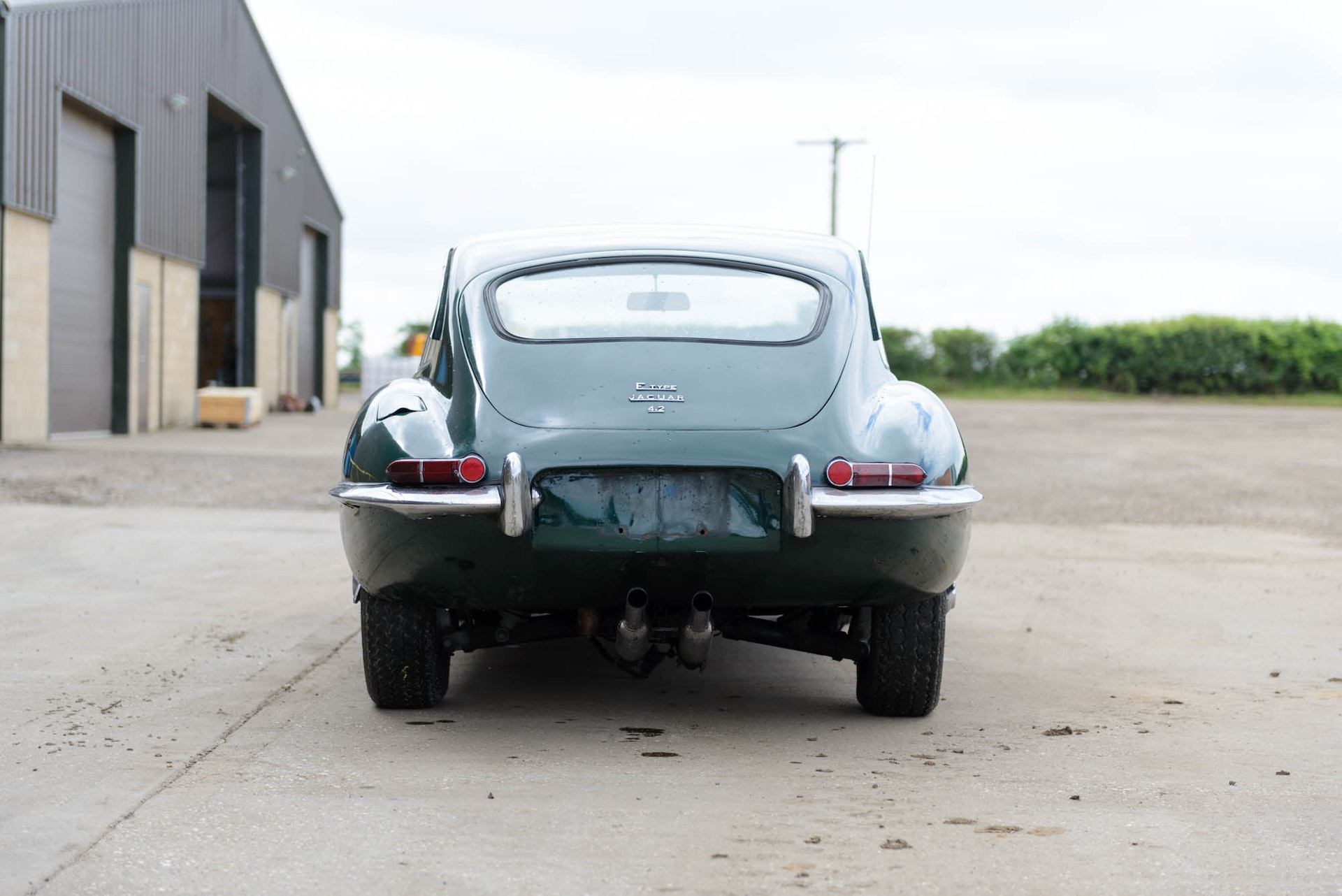 All of the car’s interior trim is in remarkably good condition. Its black vinyl upholstery is complete, with no rips or holes, and the dashboard gauges are fully functional. The headliner, carpet and door panels are also all clean and tidy. The air-conditioning is a factory-fitted item, while a contemporary stereo head unit has been installed more recently. All of the switchgear and electrics are currently working as they should, including headlights, indicators and hazard lights. It has had a new fan motor fitted within the last few years. 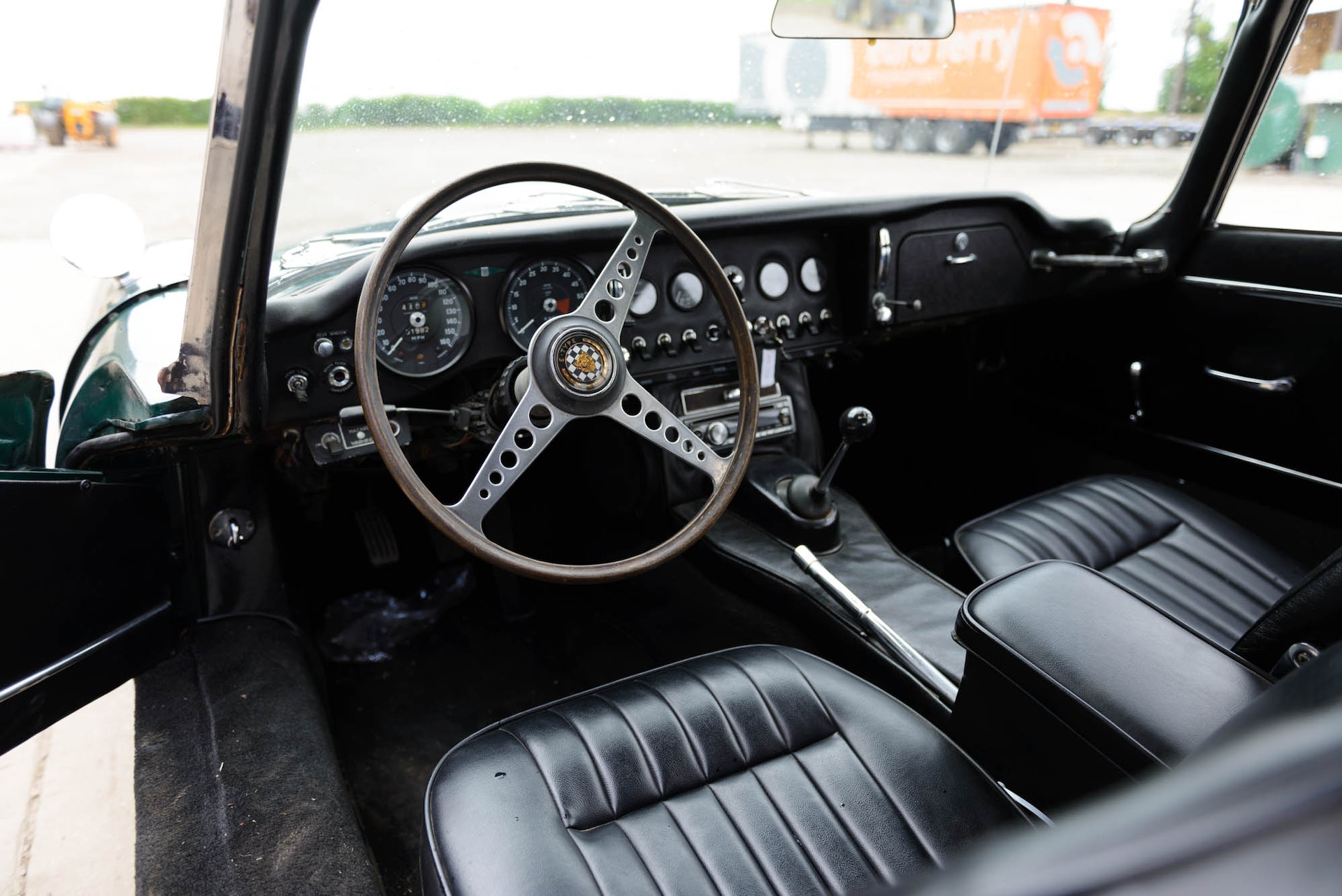 The car has not yet been put through a UK MOT, but is accompanied by a valid NOVA certificate from HMRC, confirming it is now a taxes-paid vehicle. It wears a matching set of Vredestein Sprint Classic tyres, which have plenty of tread remaining. 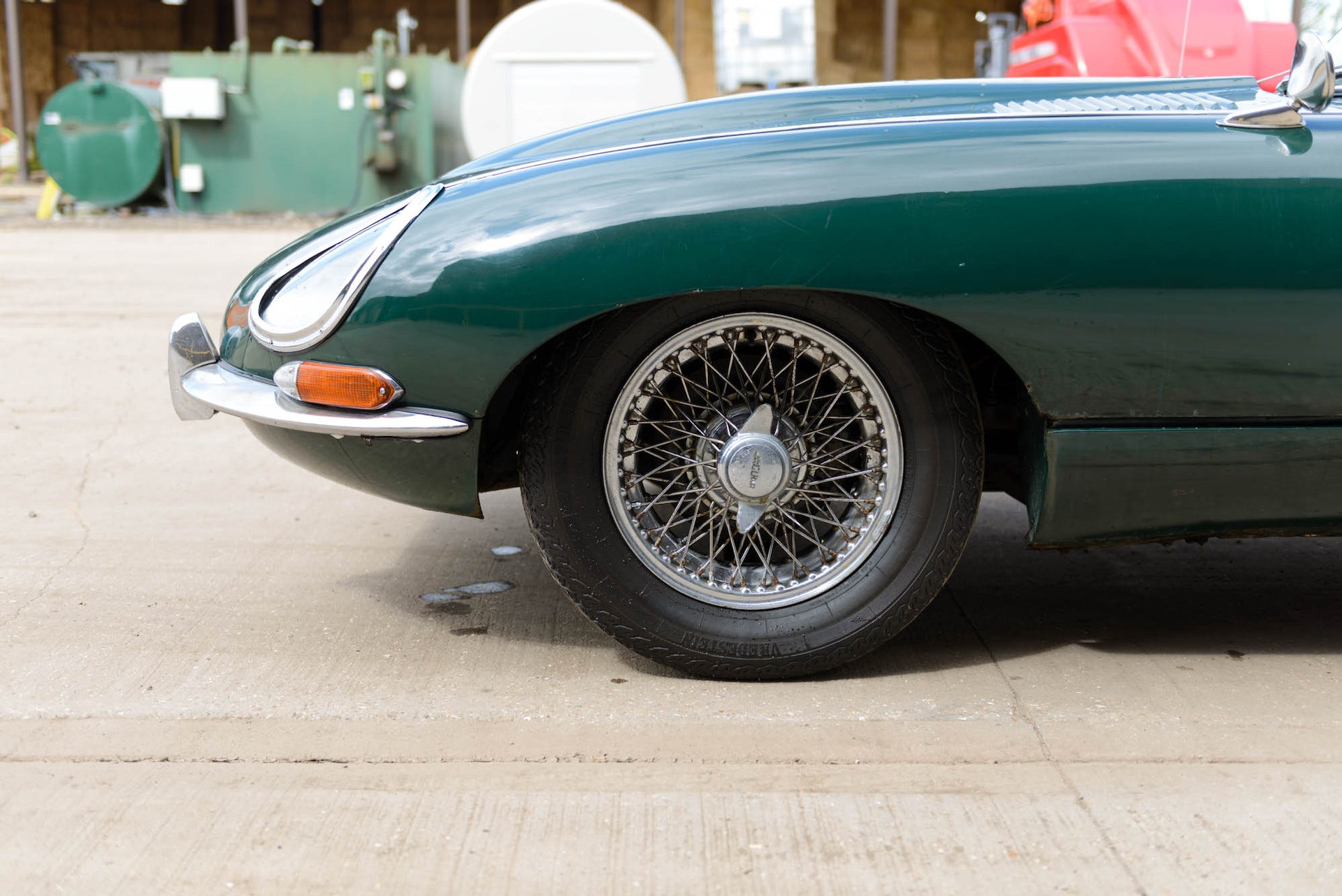 A very complete and original car, this early E-Type project is ready for a new owner to take it forward however they see fit. It starts and runs smoothly with good oil pressure, driving through the gears without fault, pulling strongly and stopping well on the brakes. 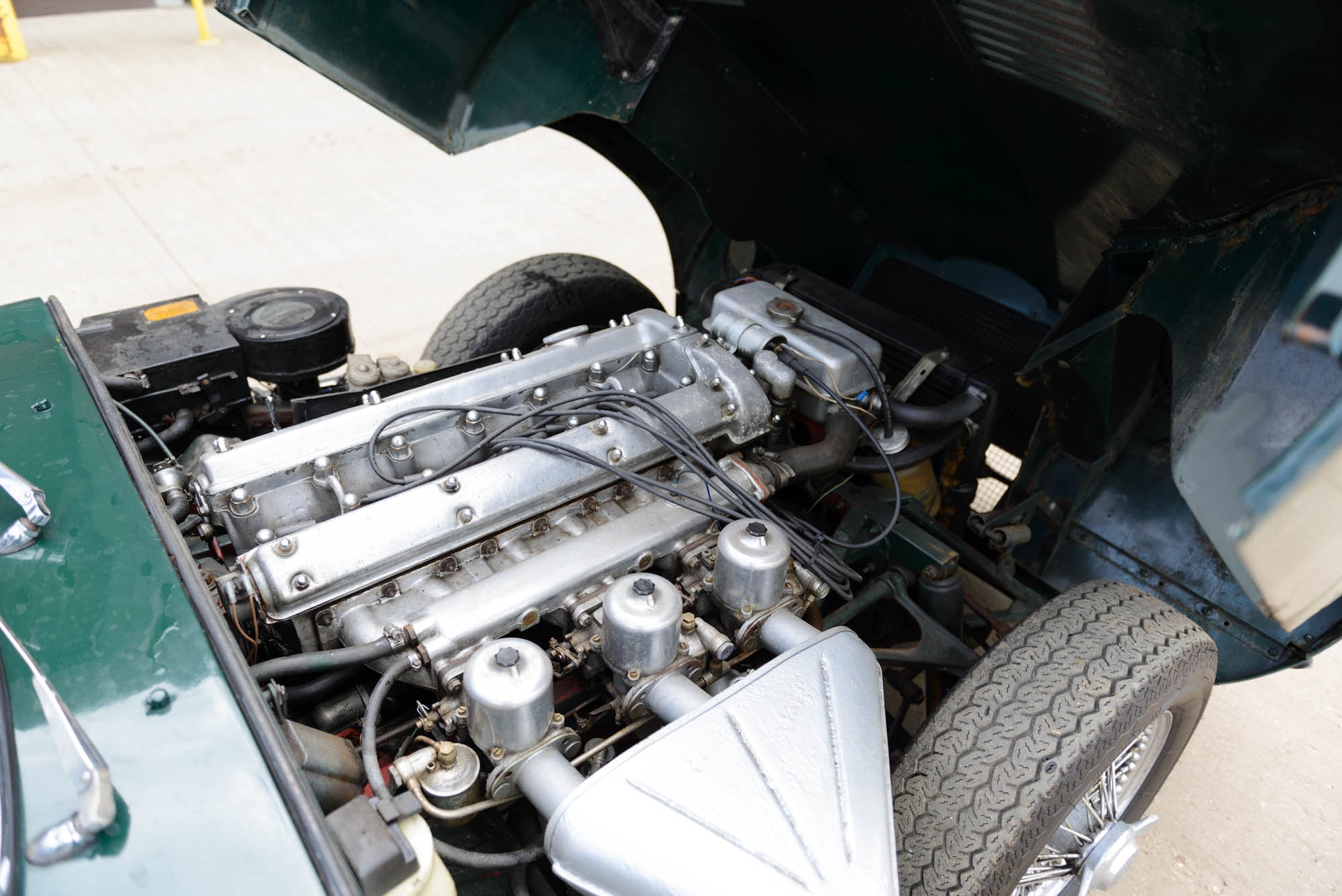 The Series 1 is of course the most recognisable and desirable E-Type shape, and whether improved sympathetically or given a total restoration, this 1960s coupe is bound to turn heads wherever it goes.