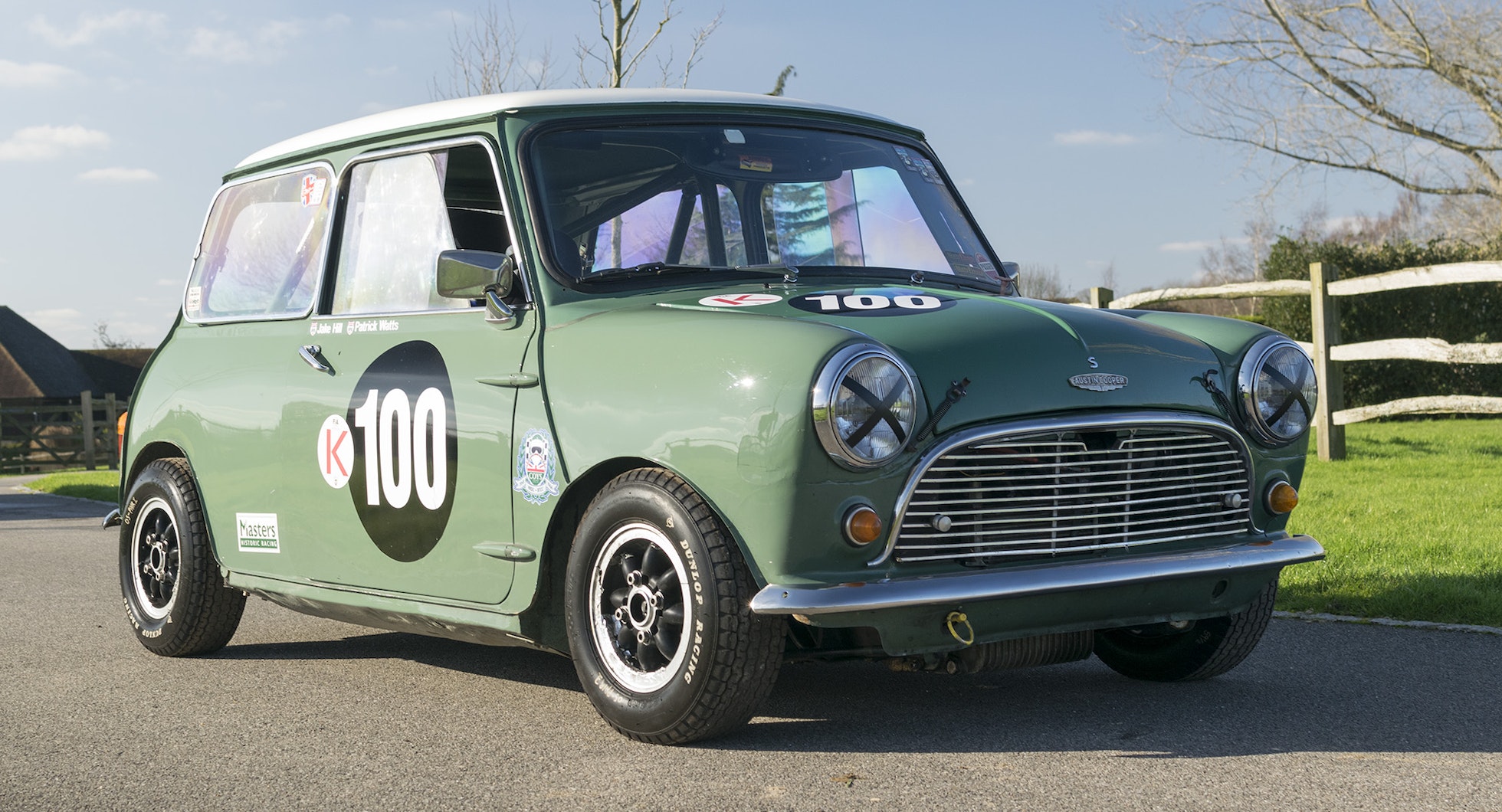 This 1966 Austin Mini is an exciting competition car built to FIA regulations, which has proven to be a fantastic ‘gateway classic’ into historic racing for its current owner. It is powered by an uprated 1293cc A-series engine, built to full Cooper S high-performance specification. The Mini is registered under a current FIA Historic Technical Passport (HTP) valid until 31 December 2026, and is eligible for a wide range of historic championships, such as the Masters series, U2TC and various Historic Racing Drivers Club events. 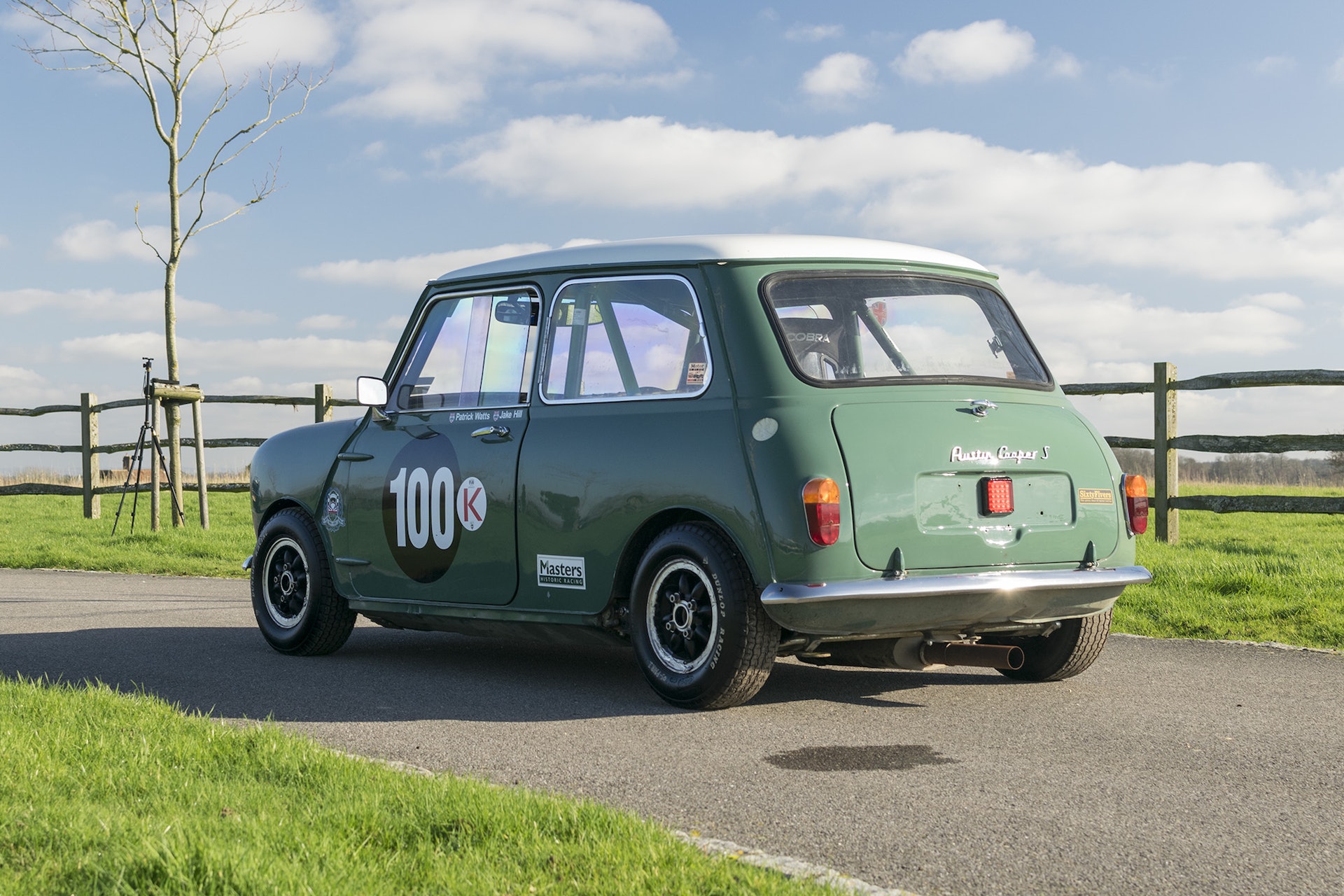 A Longbridge-built Austin Mini Mk1 saloon, this car started life with a standard 848cc engine, and was specified in left-hand drive for export. It is believed to have been sold new in Sweden, and to have been first registered in late 1966. In more recent years, it was acquired by Vegard Skjærvik Mære, a Mini enthusiast and racer from Norway, who upgraded it to FIA-compliant Cooper S technical specifications to compete in various historic events across Scandinavia. 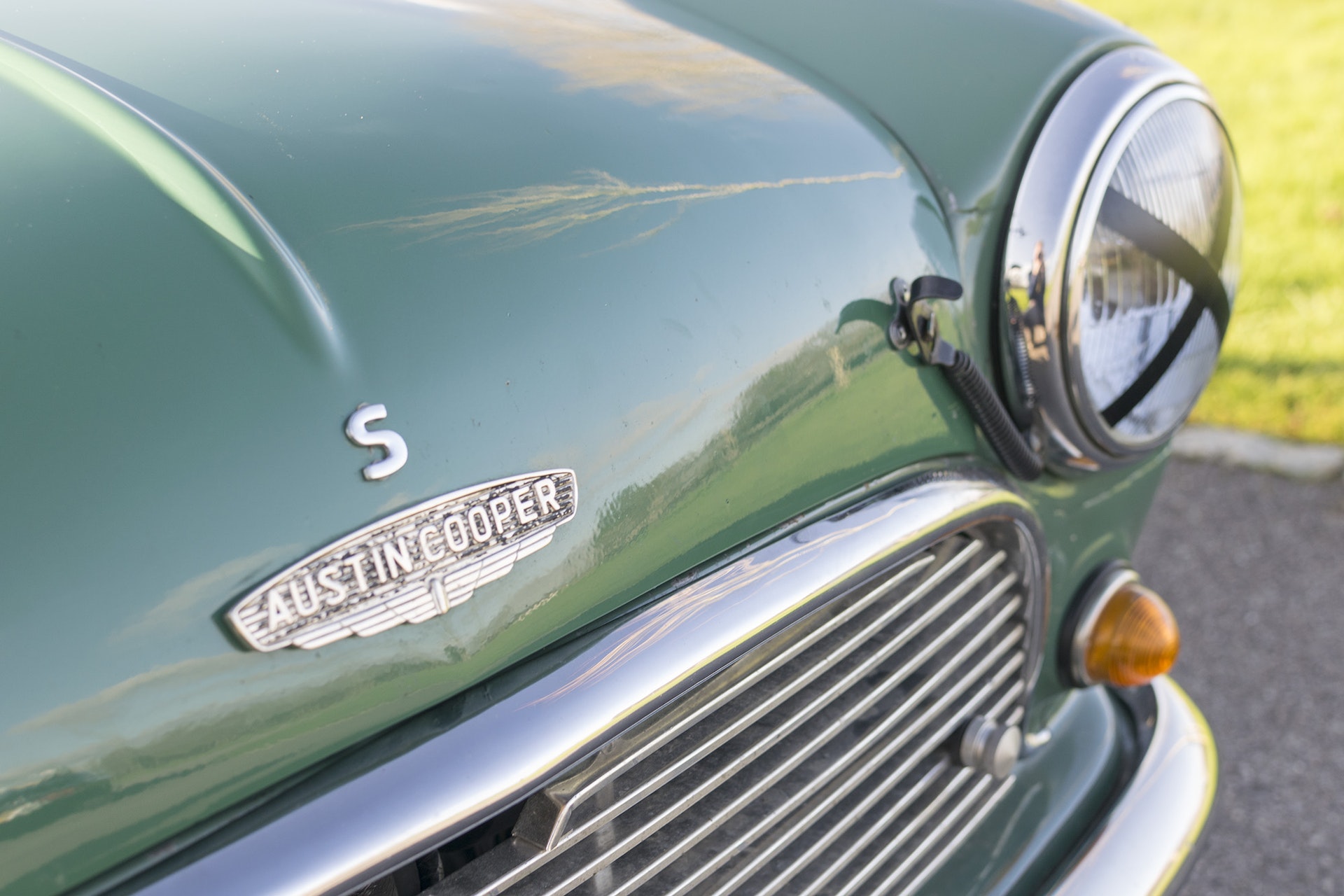 Prior to its arrival in the vendor’s collection, it was campaigned by former BTCC star Patrick Watts – who drove it in the Copenhagen Historic Grand Prix – and current BTCC driver Jake Hill has also competed in it alongside the current owner, Ollie Streek. He entered it in numerous historic races during the 2019 season, to gain valuable experience in the historic Mini racing world. These events included the HRDC Coys 100 Trophy at Castle Combe, Thruxton and Lydden Hill; the HSCC Touring Cars race at Brands Hatch; the CSCC Night Race Meeting and SU Carburettors Masters events at Donington Park; and the Mini Celebration Trophy at the Silverstone Classic. 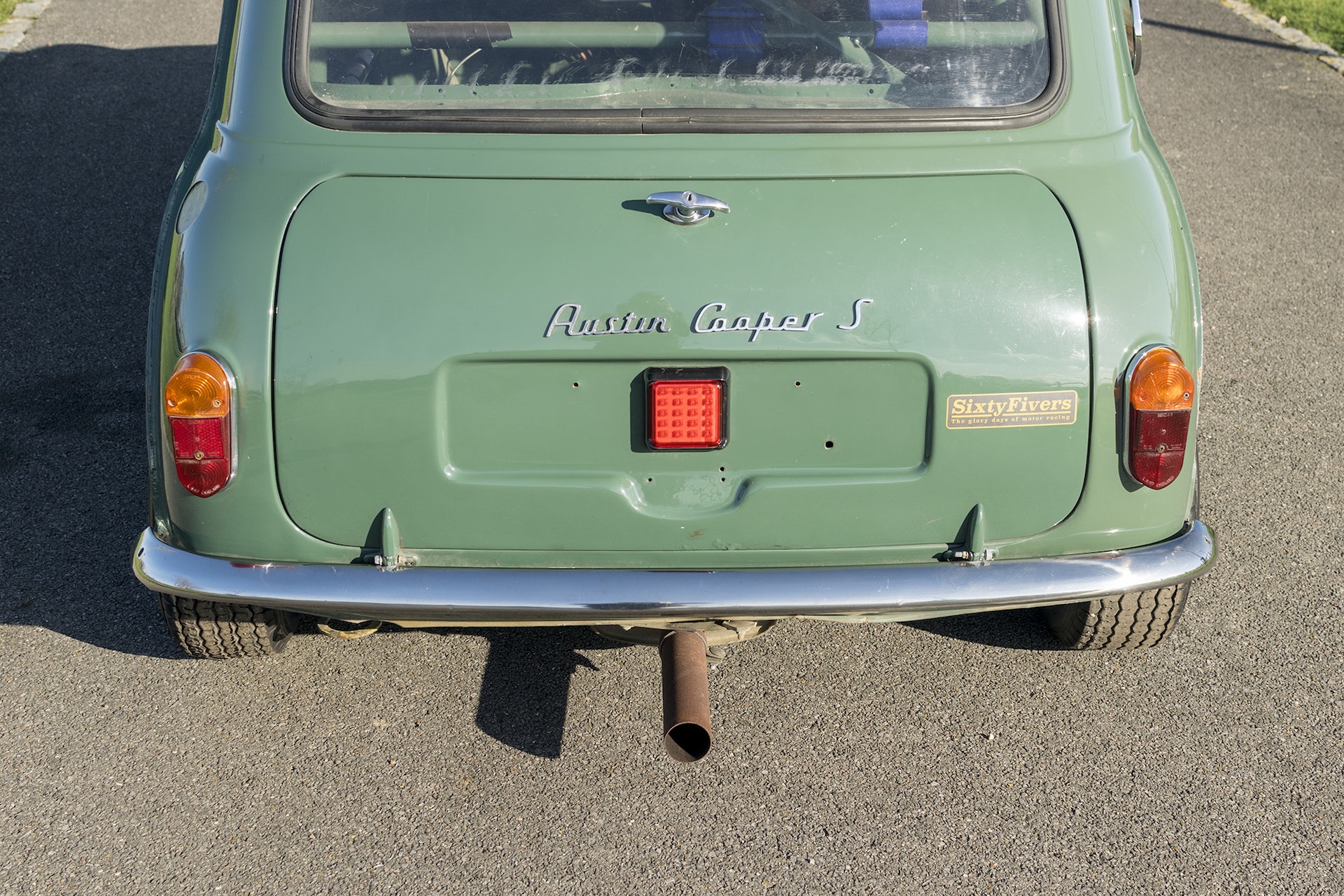 This Austin Mini has been proven to be a reliable and competitive compact touring car, suffering only two ‘DNF’ results during the 2019 season - one down to a fuel wire connection failure and the other down to driver error. As he has now upgraded to a bespoke Swiftune-built Mini, Ollie Streek is offering this cherished classic to another enthusiast who can get to grips with historic racing using a tried-and-tested car. 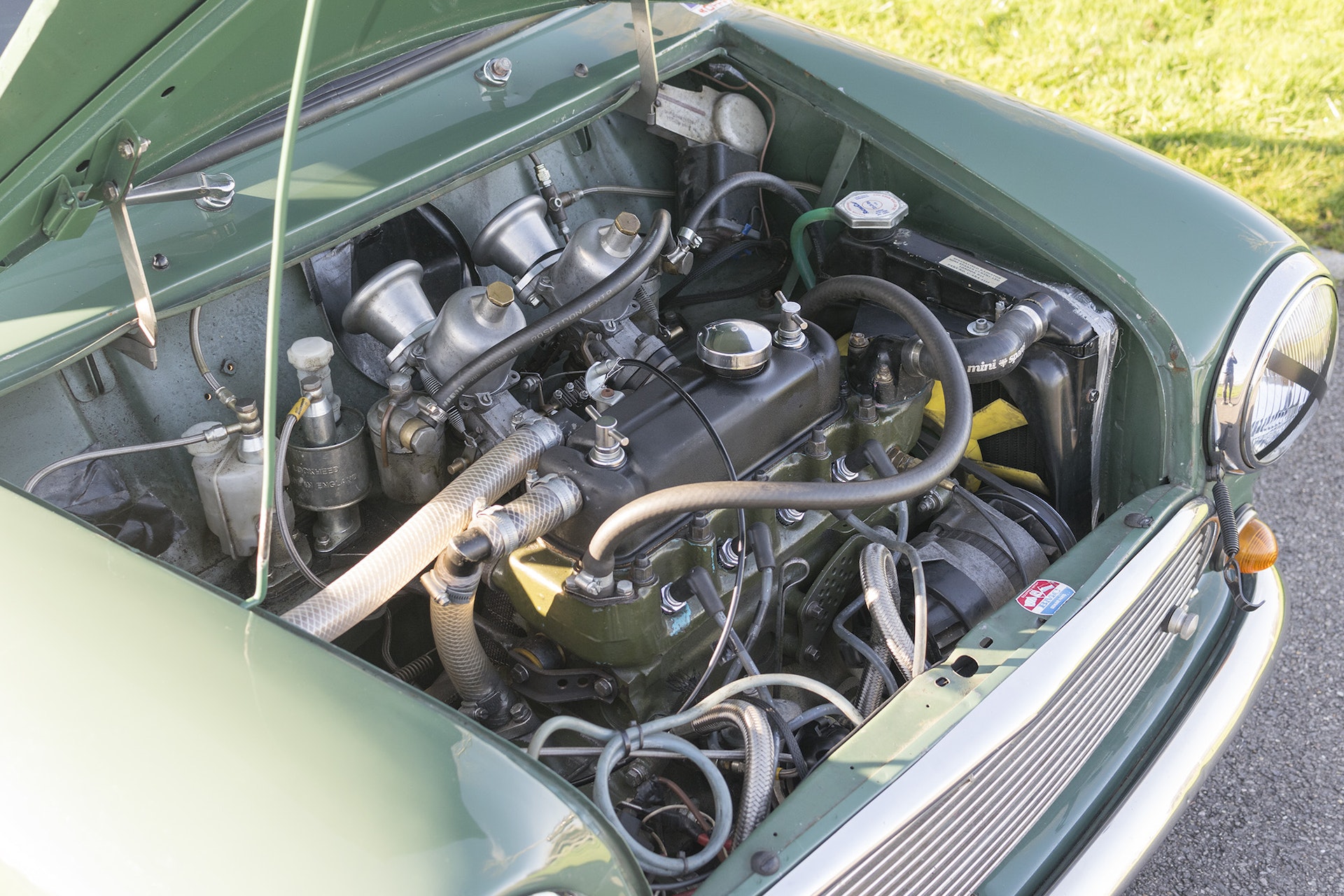 The Mini’s 1293cc A-series engine is fed by twin SU carburettors, and the drivetrain setup also includes a Swiftune dog-ring transmission, delivering fast and slick gear changes. Before and after every race in the 2019 season, it was looked after by the Mini racing experts at Swiftune Engineering, and it remains in very strong mechanical condition. The wheels are currently fitted with a set of Dunlop Racing CR65 tyres in size 5.00 L-10 all round, and the car also comes with a spare set of wheels and tyres. 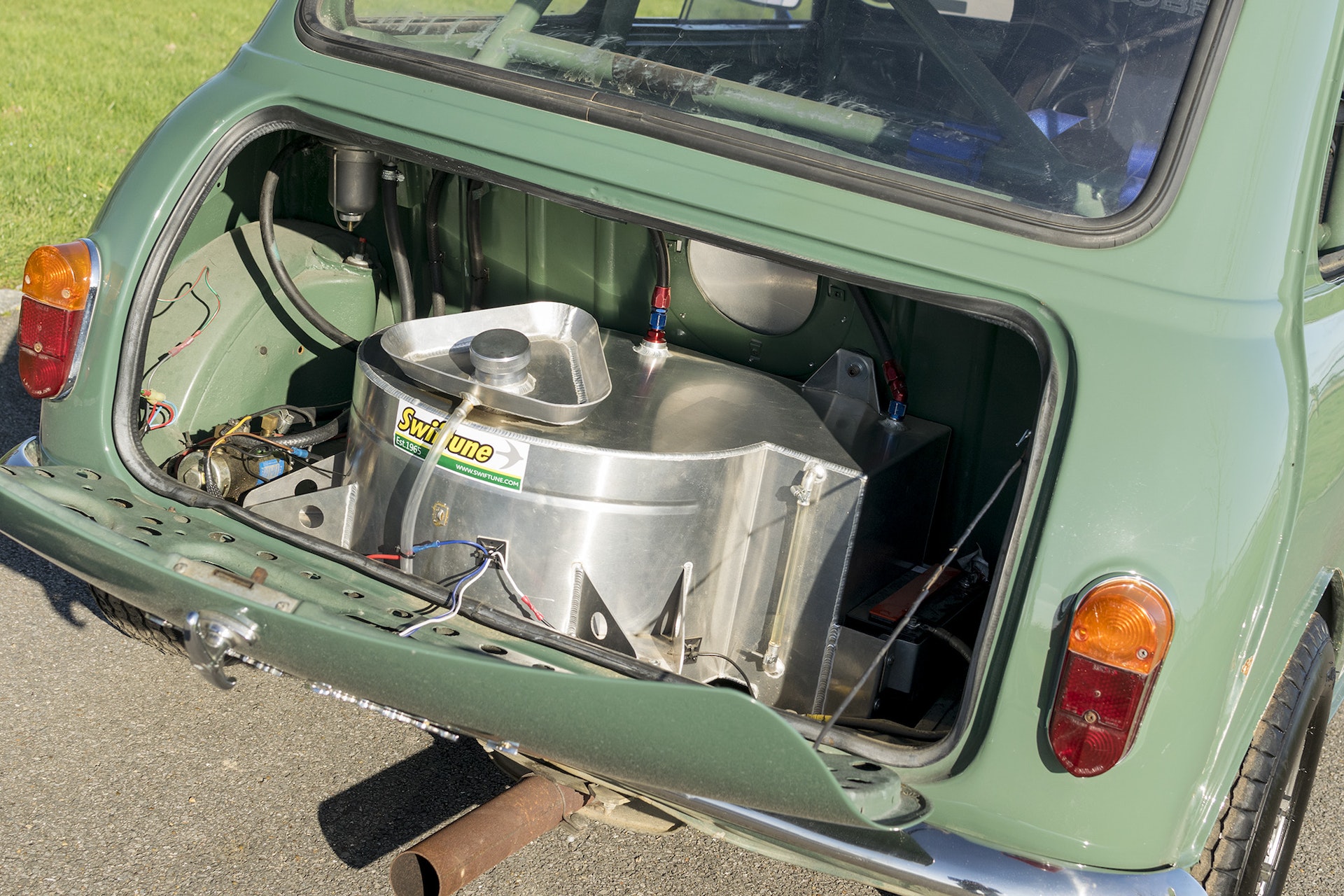 Its bodywork is in generally very good order, with visible panel damage only to the offside front corner, and a few smaller nicks and scuffs in the paint in other places. It is finished in the handsome Almond Green colour, complemented by a roof panel in Old English White. At the back of the car, a top-grade Swiftune Racing aluminium fuel tank is installed. 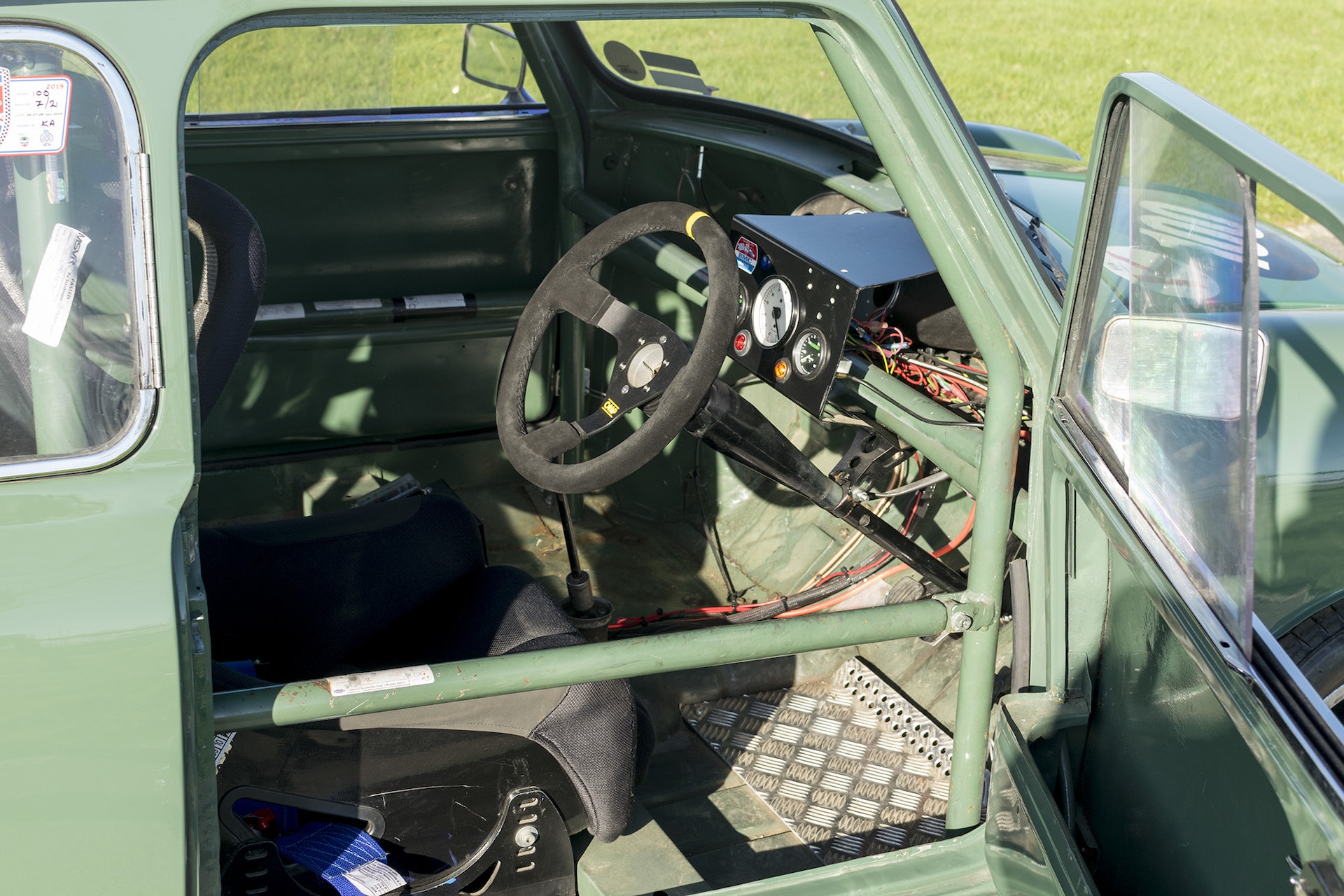 The cabin has been stripped bare and left as a painted shell, reinforced with a full roll cage and braces. There is a Cobra Evolution S bucket seat for the driver, along with a four-point Luke racing harness. A simple instrument cluster ahead of the OMP steering wheel consists of a central rev counter, flanked by oil pressure and water temperature gauges. There is also a bank of toggle switches conveniently located to the left of the driver. 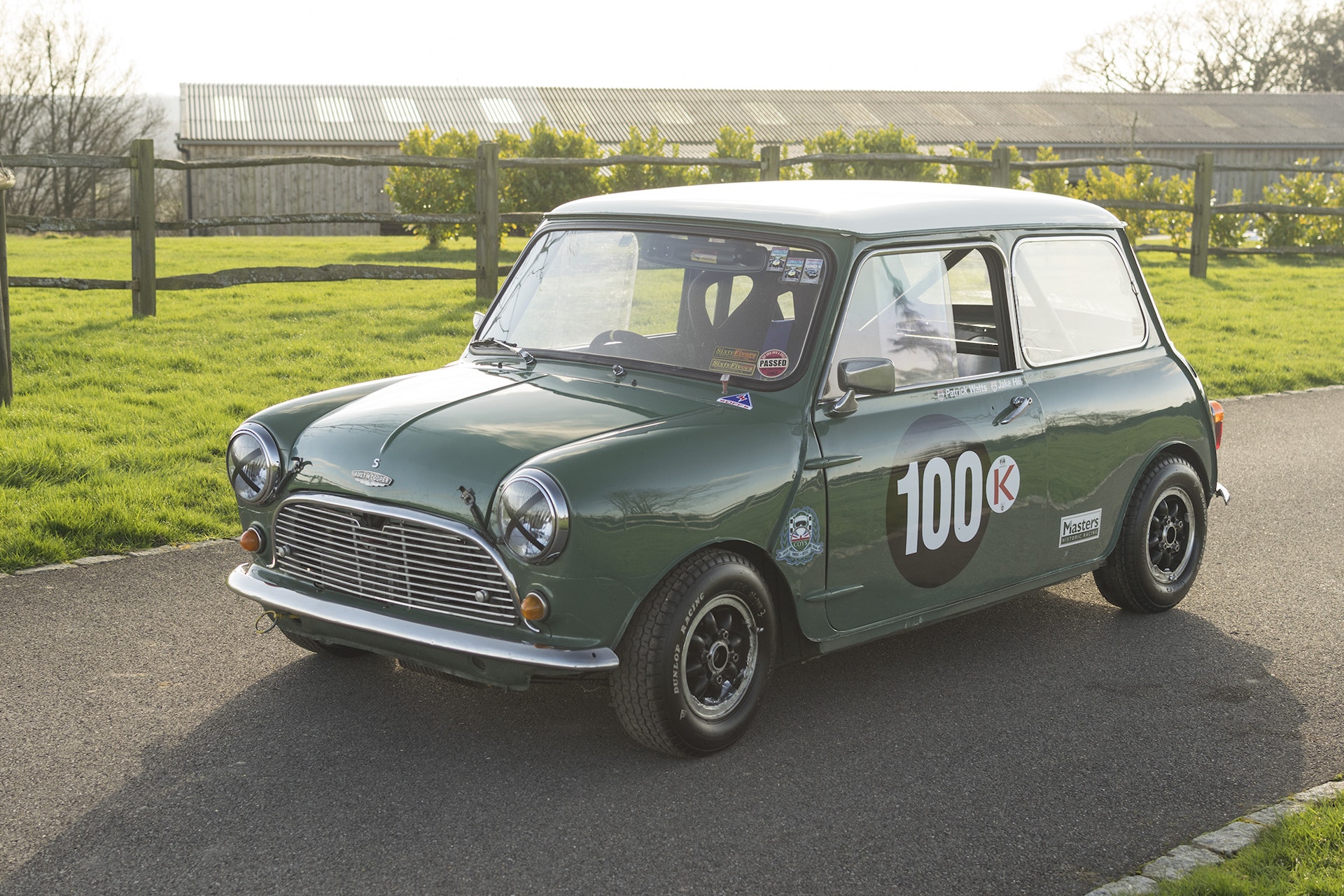 This Austin Mini Cooper S is an appealing and uprated classic racer that is exciting without being intimidating. Arguably the perfect starter car for someone who is looking for a pathway into historic racing, this is a strong and sound competitor. It is accompanied by full FIA HTP paperwork, and is eligible for numerous popular events. It would benefit from some cosmetic attention, and could perhaps be an ideal entrant for a hands-on driver who can work on the car as well as race it.