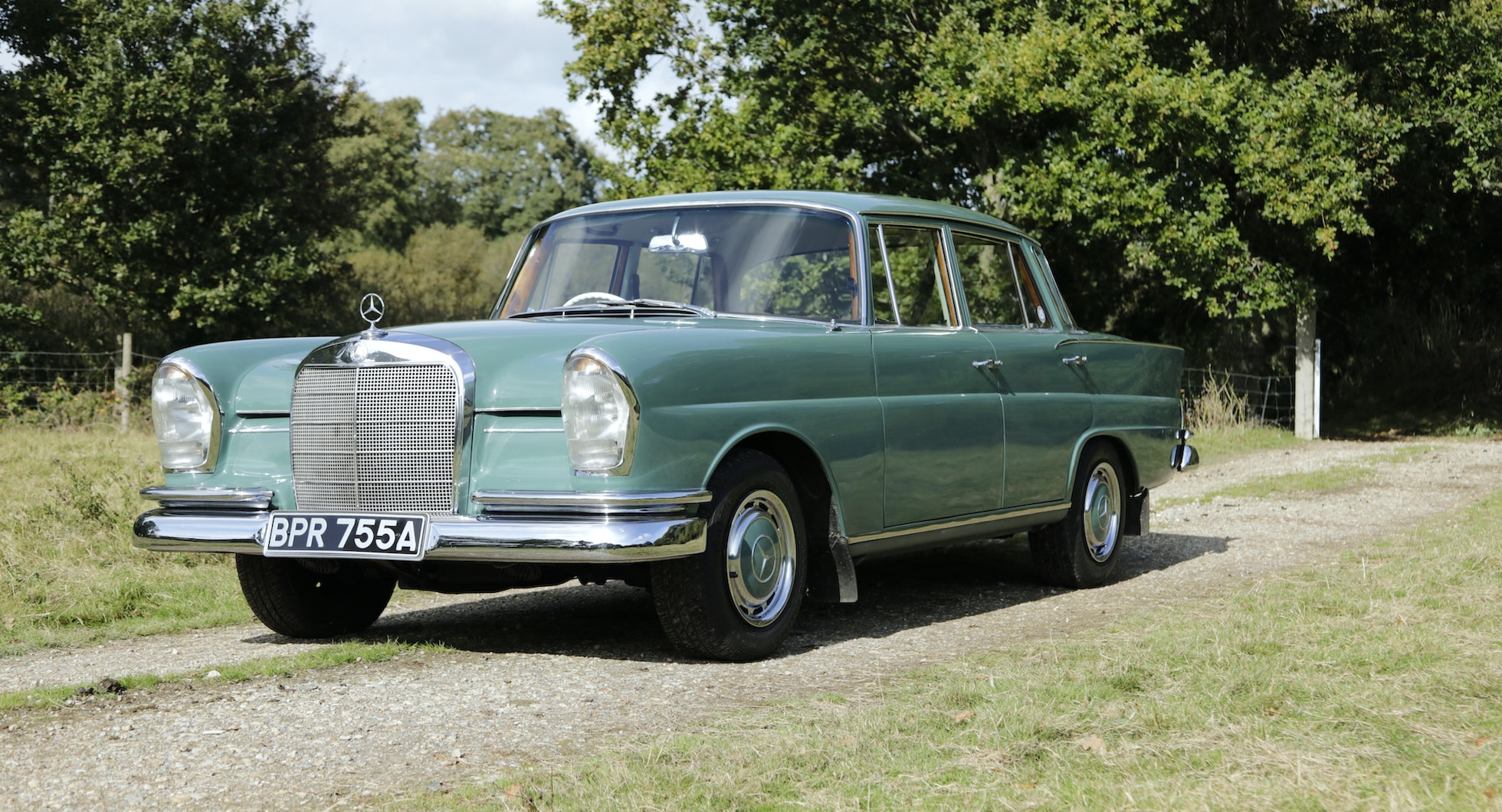 This 1963 Mercedes-Benz 220 Sb (W111) Sedan is an elegant European classic in superb mechanical condition, which is ready to whisk its next owner off in style. It is powered by a 2.2-litre straight-six petrol engine fed by twin carburettors, driven through the rear wheels via a four-speed automatic transmission. The odometer indicates 89,000 miles from new, which is believed to be correct. 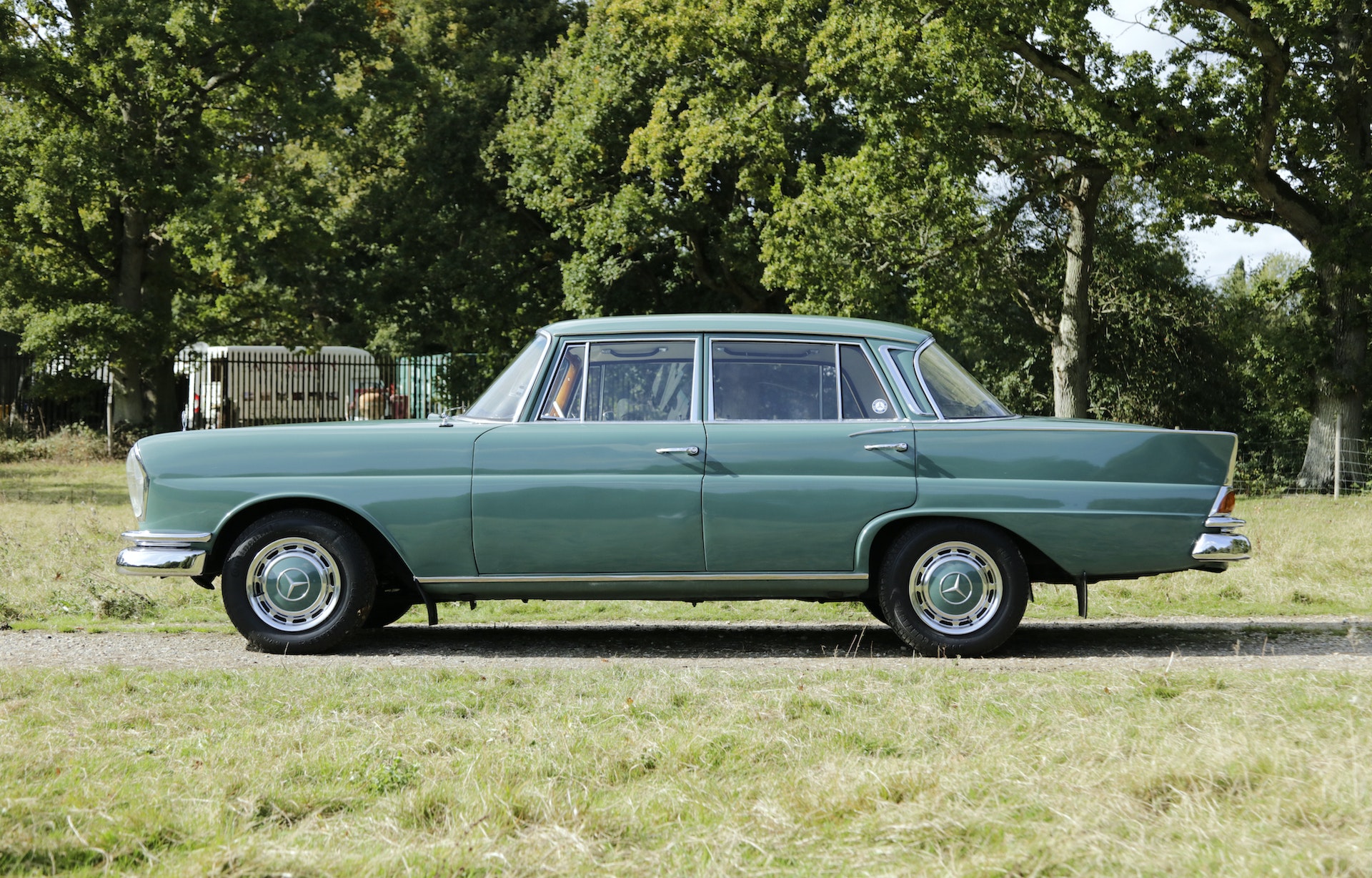 An original right-hand drive example, this particular car was assembled at the Port Melbourne factory of Australian Motor Industries Ltd. To avoid high import taxes, the company built up cars under licence from Mercedes-Benz between 1959 and 1965. This car is one of fewer than 1,000 examples of the 220 Sb Automatic that were built there. In recent years, the car was on display in a museum, and in early 2019 was imported to the UK by the vendor. 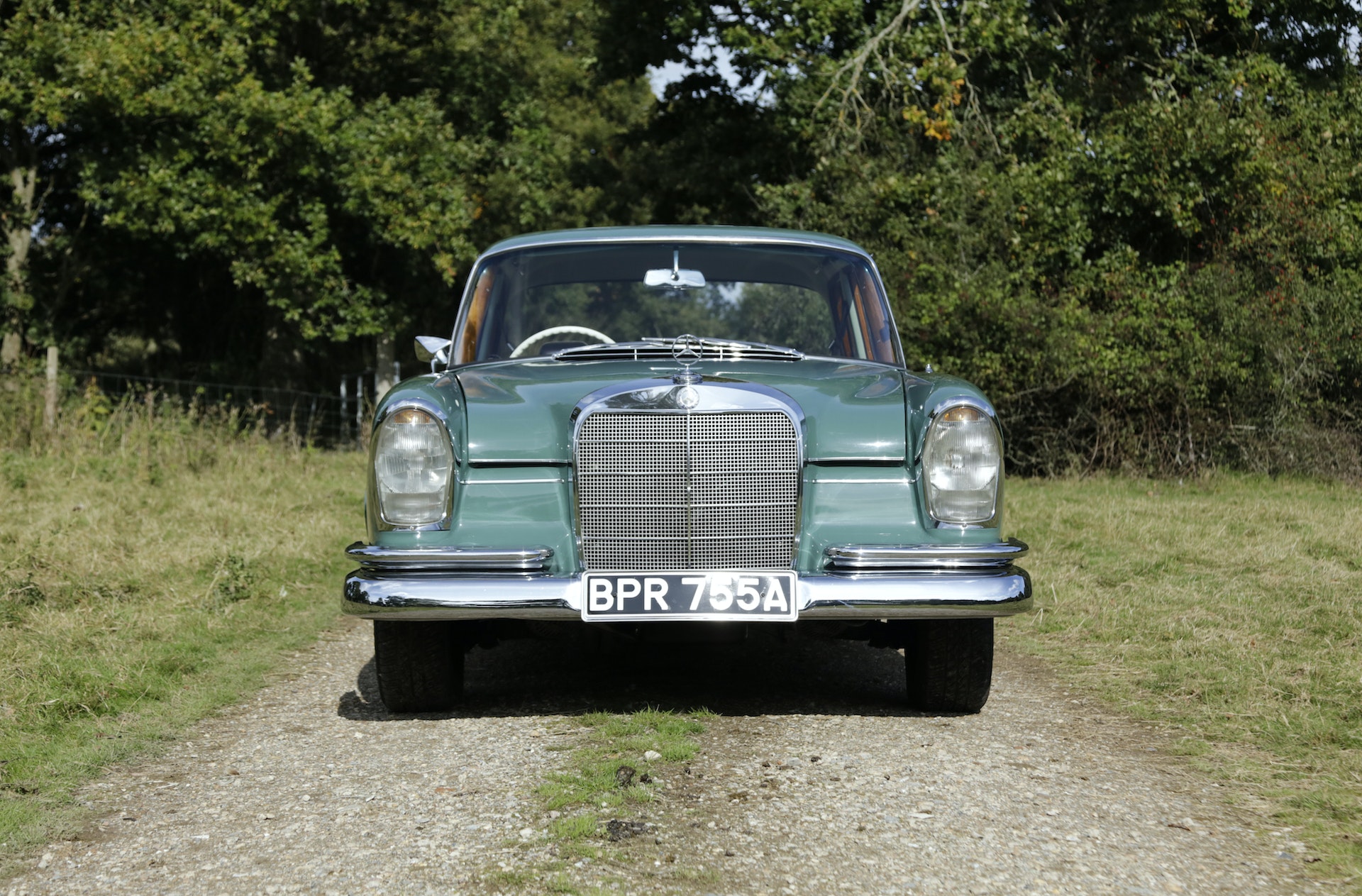 The W111’s body was styled by the renowned Friedrich Geiger, who also designed the famous 300 SL ‘Gullwing’ and the pre-war Mercedes-Benz 540K sports cars. The model is easily recognised by the tail-fins on the rear wings, inspired by popular American cars of the era. 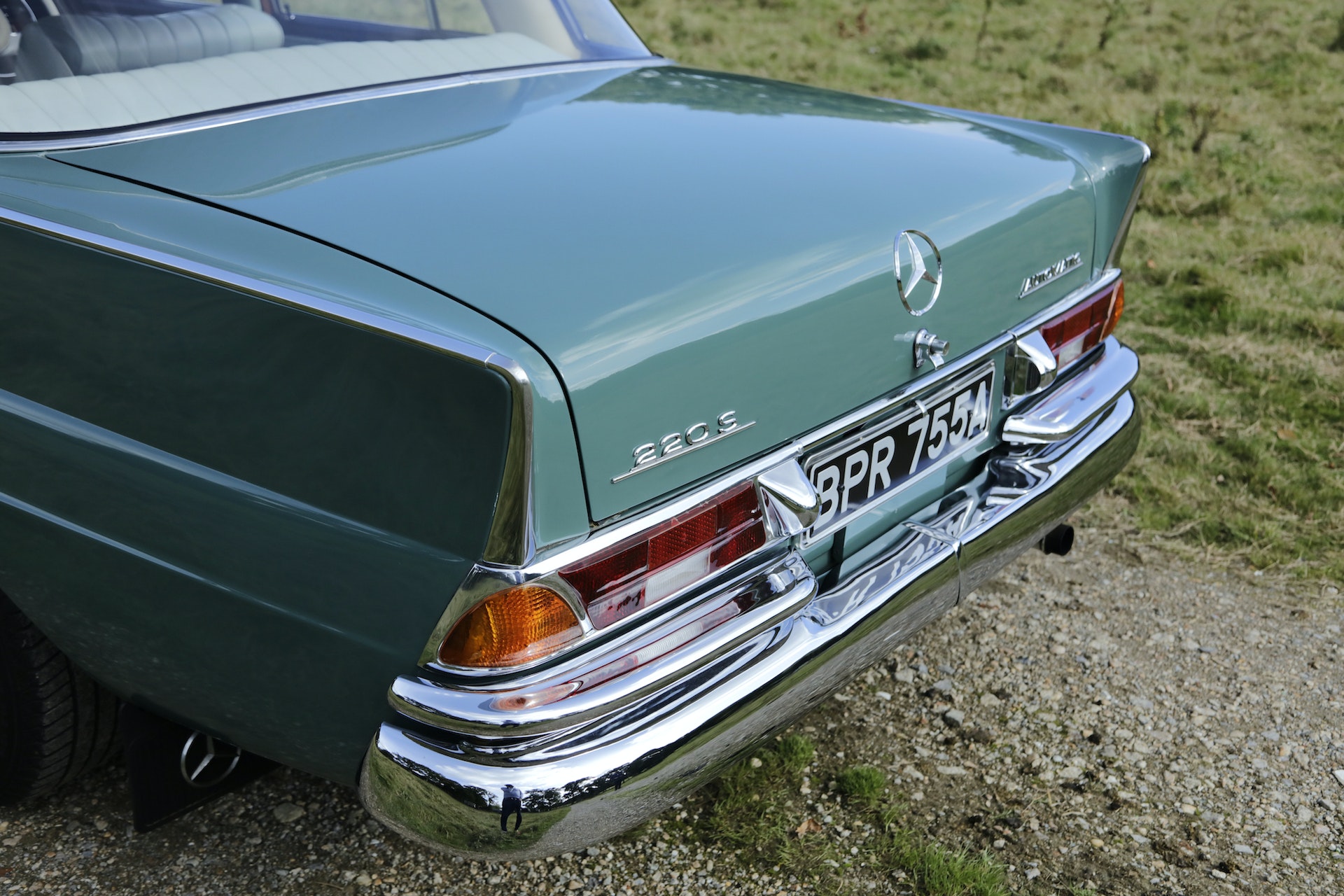 This car’s bodywork remains in straight and solid condition. At some point in its life the car has almost certainly had a respray, and while the colour appears to be the correct Moss Green, it has suffered from micro-blistering. There are also some chips on the bonnet and roof, and minor scuffs in other places such as the door jambs and bonnet shut panel. 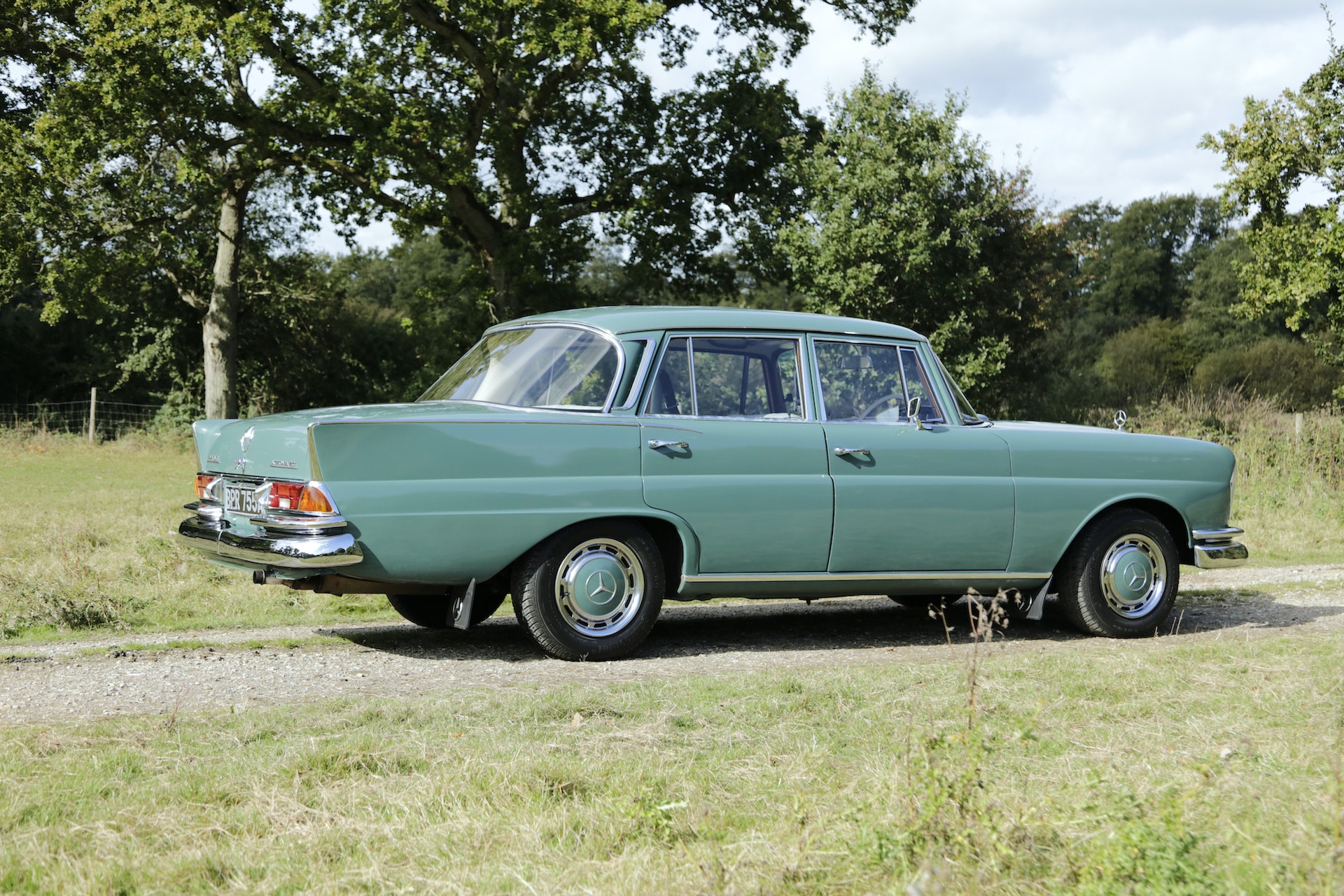 Such imperfections hardly spoil the appearance as an everyday driver, but a repaint could be on the to-do list for the future. Its overall appearance is enhanced by brightwork that is in superb condition, with only very light pitting in a few places, and a brilliant unmarred shine everywhere else. 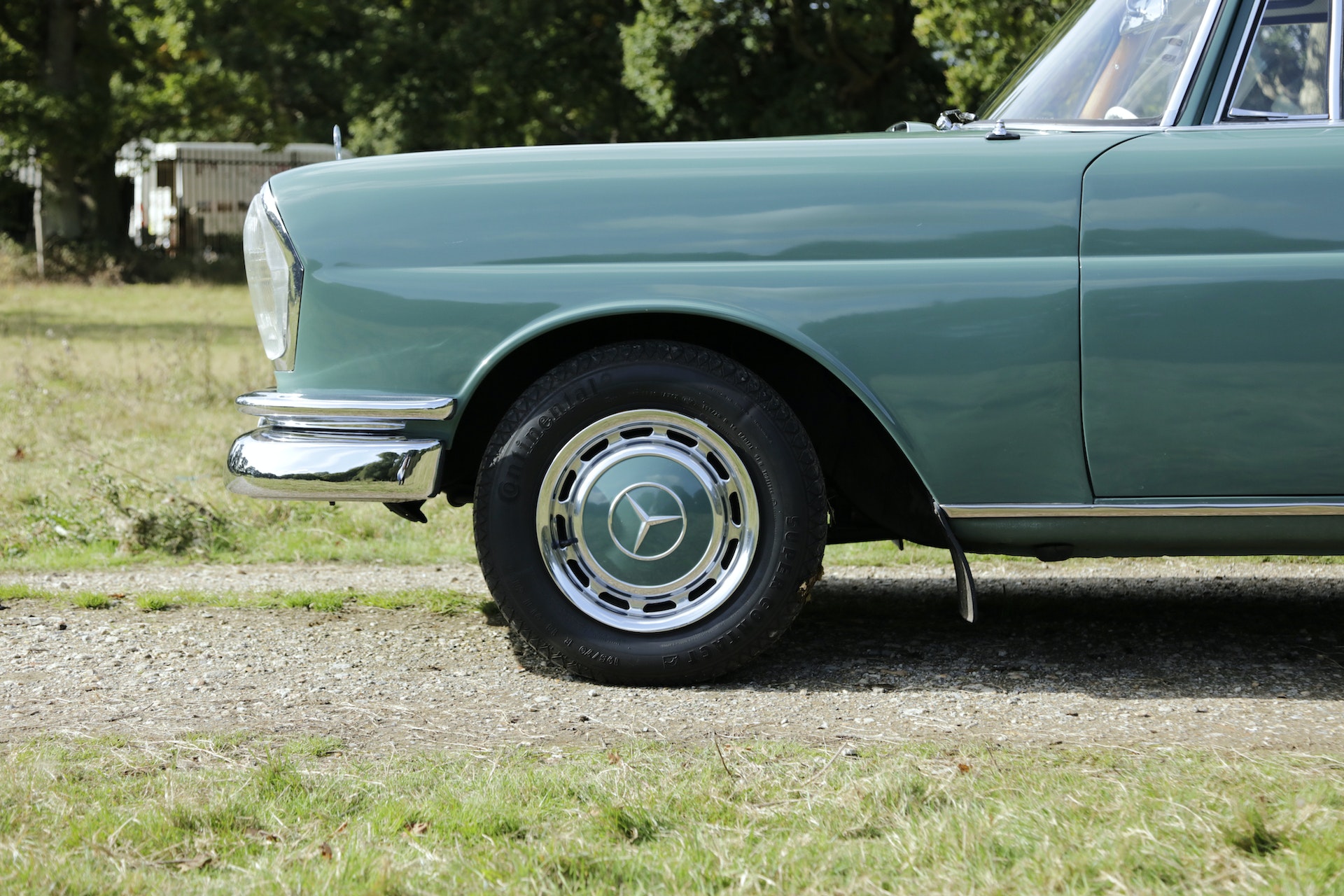 The interior is believed to have been professionally re-trimmed in the past, and is upholstered in light green leather. With the exception of a few small tears in the material driver’s seat, it is in very smart condition, and showing very little wear. Fitted around the dashboard and window frames is a complete set of matching Zebrano wood trims that are superb order. The perforated headlining is in great shape with no damage or sagging. 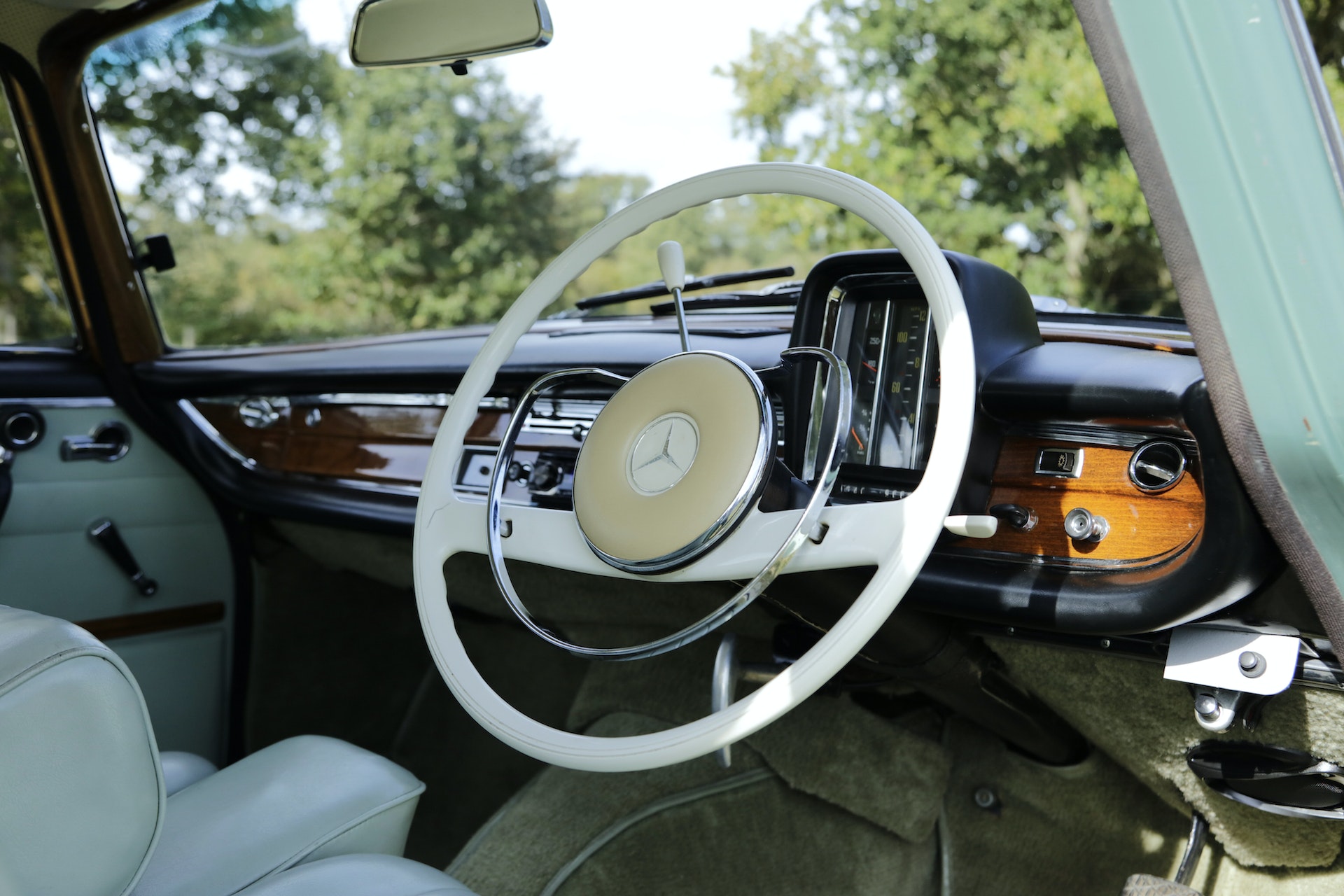 Opening the bonnet reveals an engine bay that is clean and tidy. The vendor reports that it is in mechanically superb condition, running perfectly and with no known faults. There is no MOT certificate on file since, as it is classed as a historic vehicle in the UK, it is exempt from the annual test requirement - as well as vehicle tax. The wheels are fitted with a set of Continental SuperContact tyres in size 195/70 R14 all round, which have a good level of tread remaining. 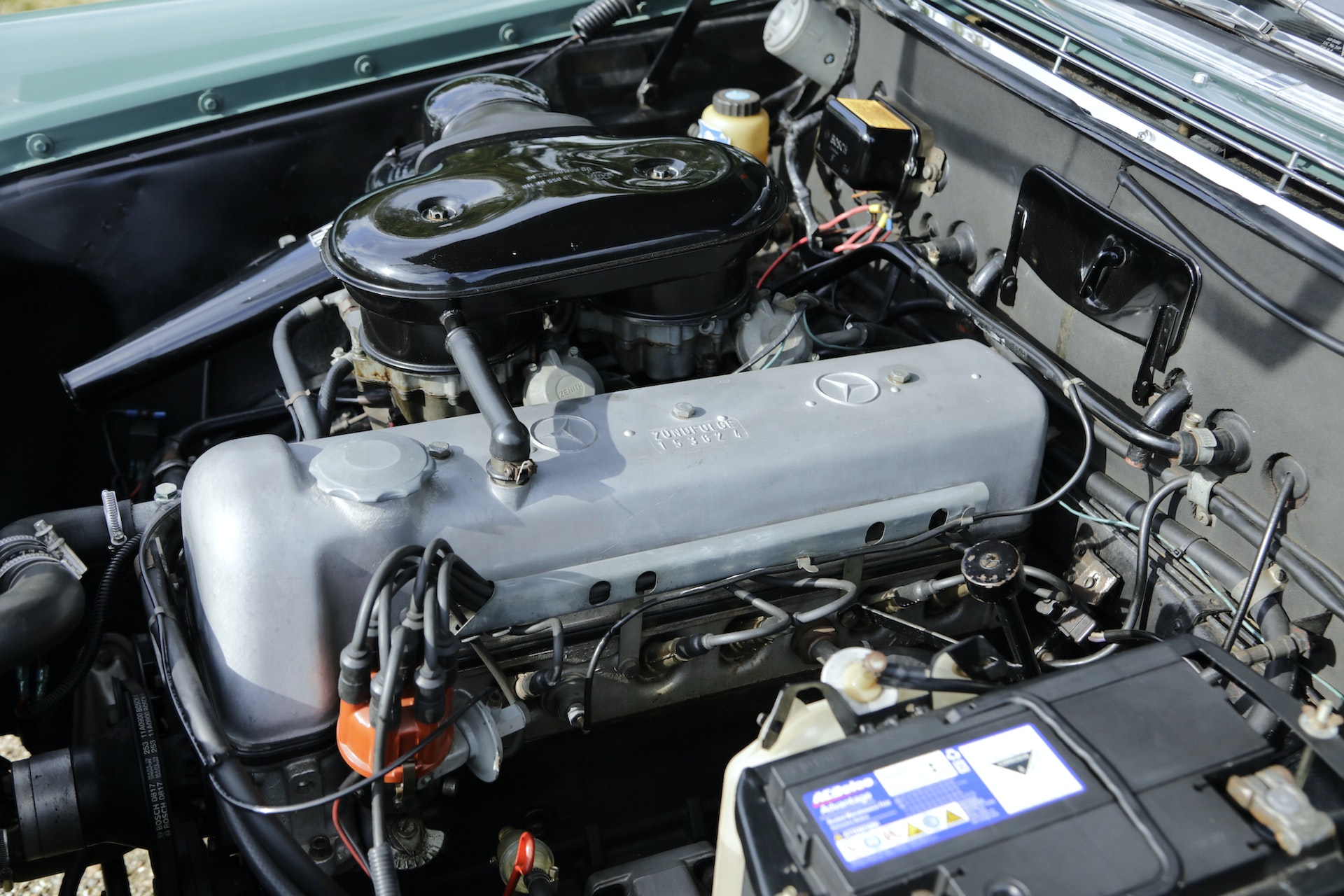 This Mercedes-Benz 220 Sb Sedan is a luxurious post-war motor car that can lay claim to being the grandfather of the original S-Class model. Even today, this 1963 motor car is capable of carrying a full complement of passengers and their luggage in style and comfort on long-distance journeys. This elegant saloon could easily be used as a regular weekend car, and needs only straightforward cosmetic improvement to result in an outstanding classic.