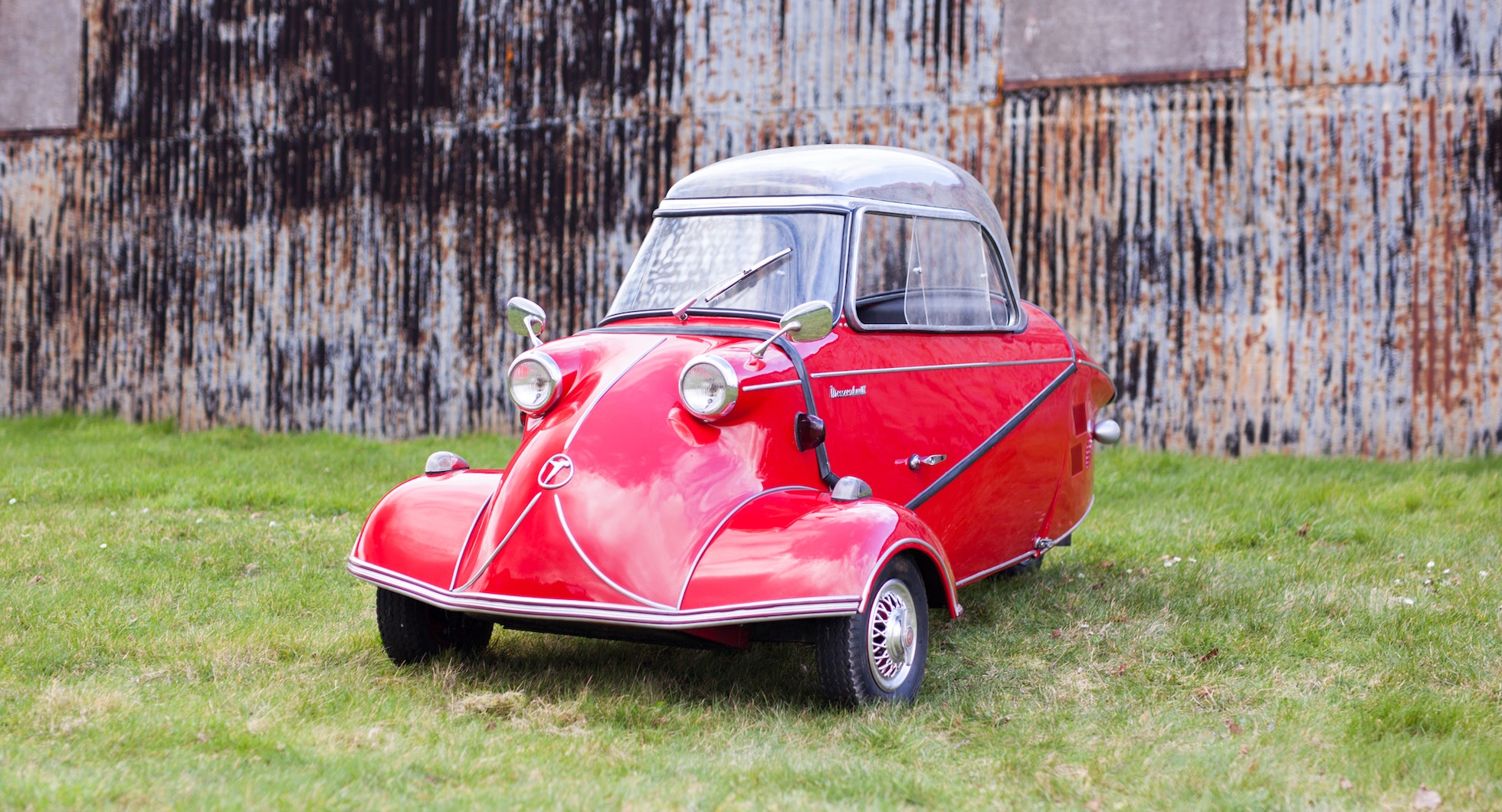 This Messerschmitt KR200 is a superb example of one of the most recognisable and collectable ‘bubble cars’, which benefits from a prior restoration and performs very well on the road. Its engine is a 191cc two-stroke single-cylinder motor producing around 10hp, with rear-wheel drive via a four-speed Manual transmission. The odometer indicates 37,637 miles from new. 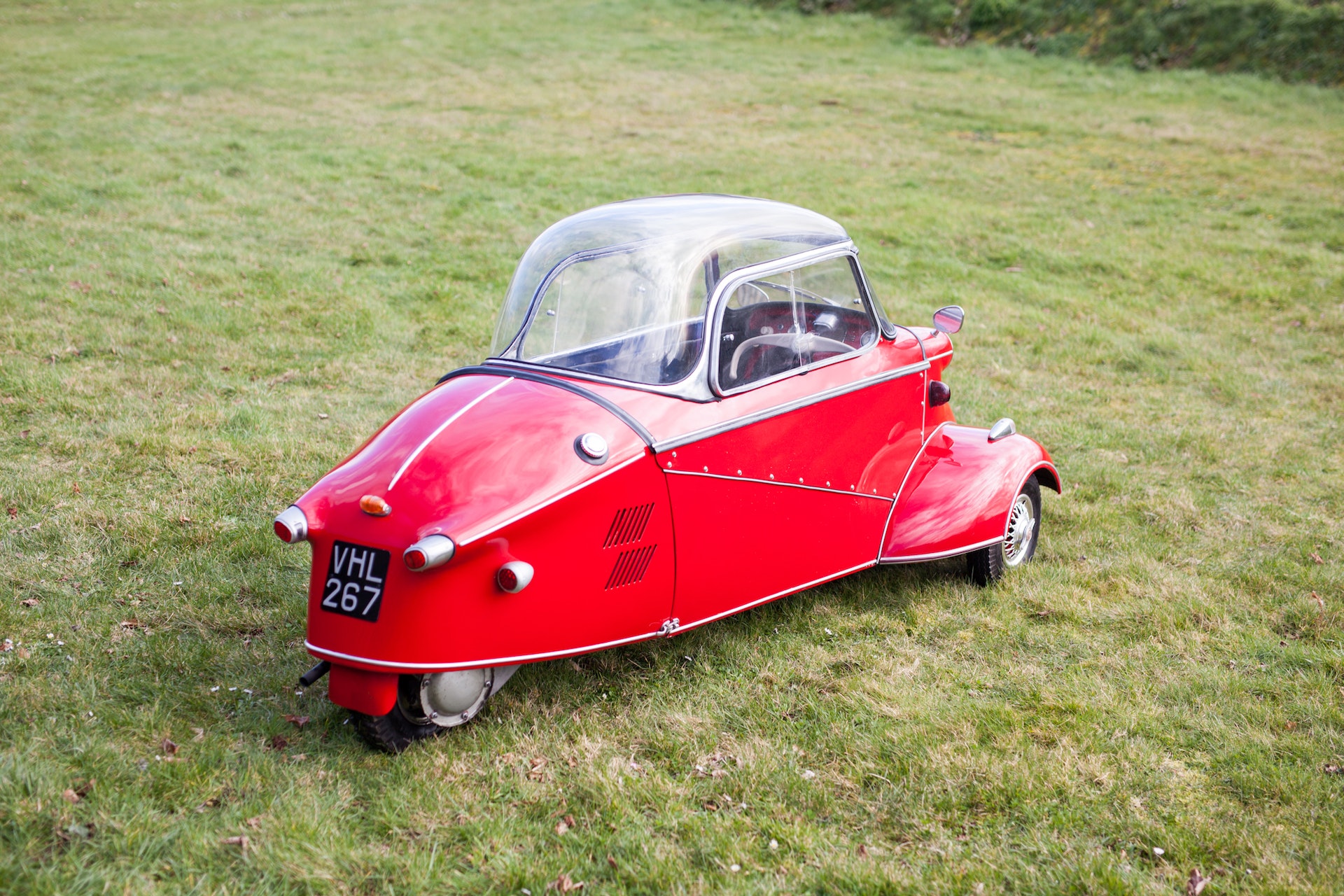 The ‘Kabinenroller’ features a number of unusual features that make it particularly popular with microcar collectors. The engine’s ‘Electramatic’ system enables the motor to be quickly restarted to run in the opposite direction, by pushing the key further into the ignition. Rather than a separate reverse gear, the transmission’s four standard ratios are used, which means it can in theory drive as fast backwards as forwards. Its top speed is around 65mph, and the steering is by an aircraft-style yoke rather than a circular wheel. 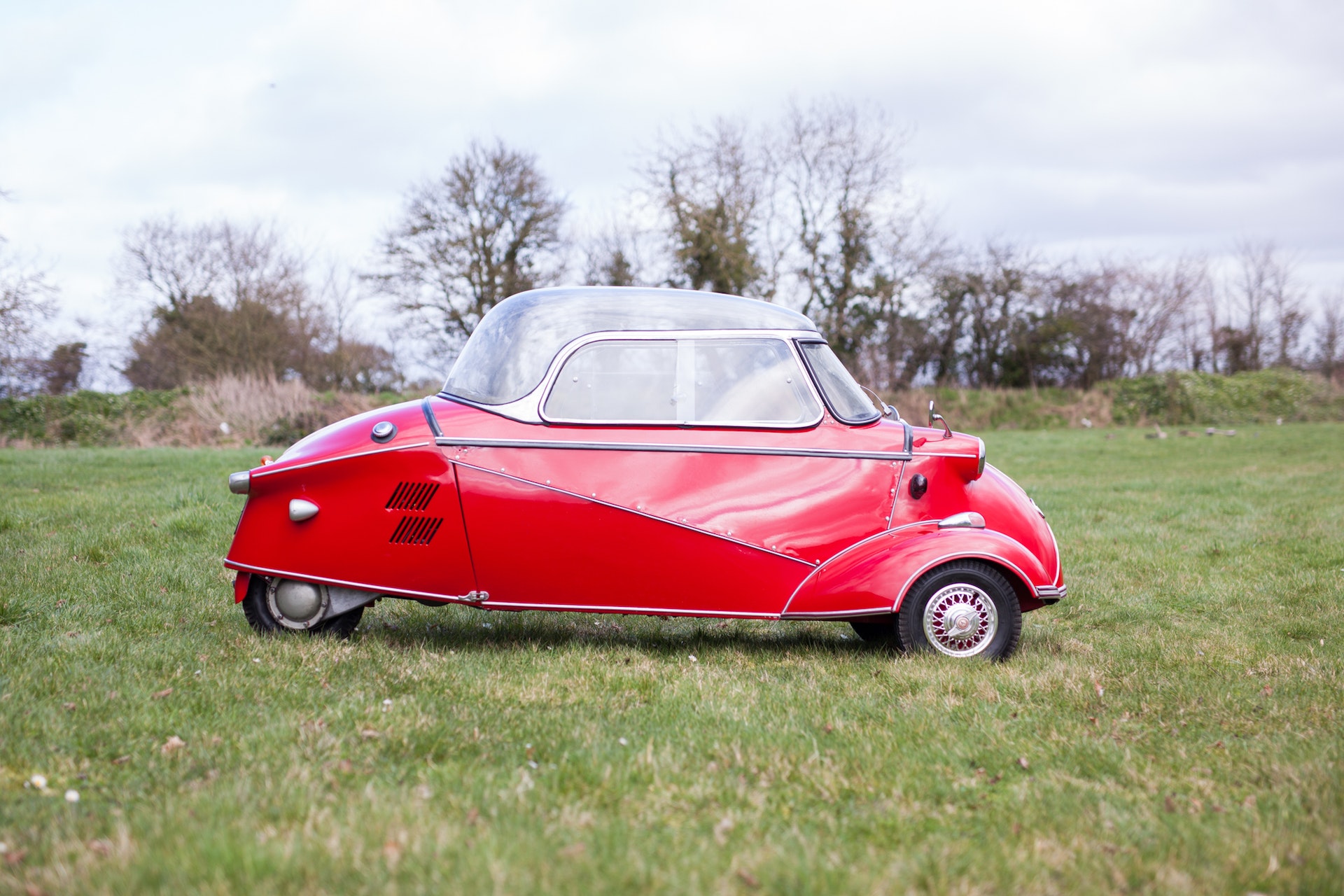 This is understood to be an original UK car, which was first registered in January 1962. It has evidently been the subject of a thorough restoration, and the cosmetic condition remains very impressive. The seller has owned the KR200 for the last four years, giving it pride of place among his collection of charming and esoteric small cars. 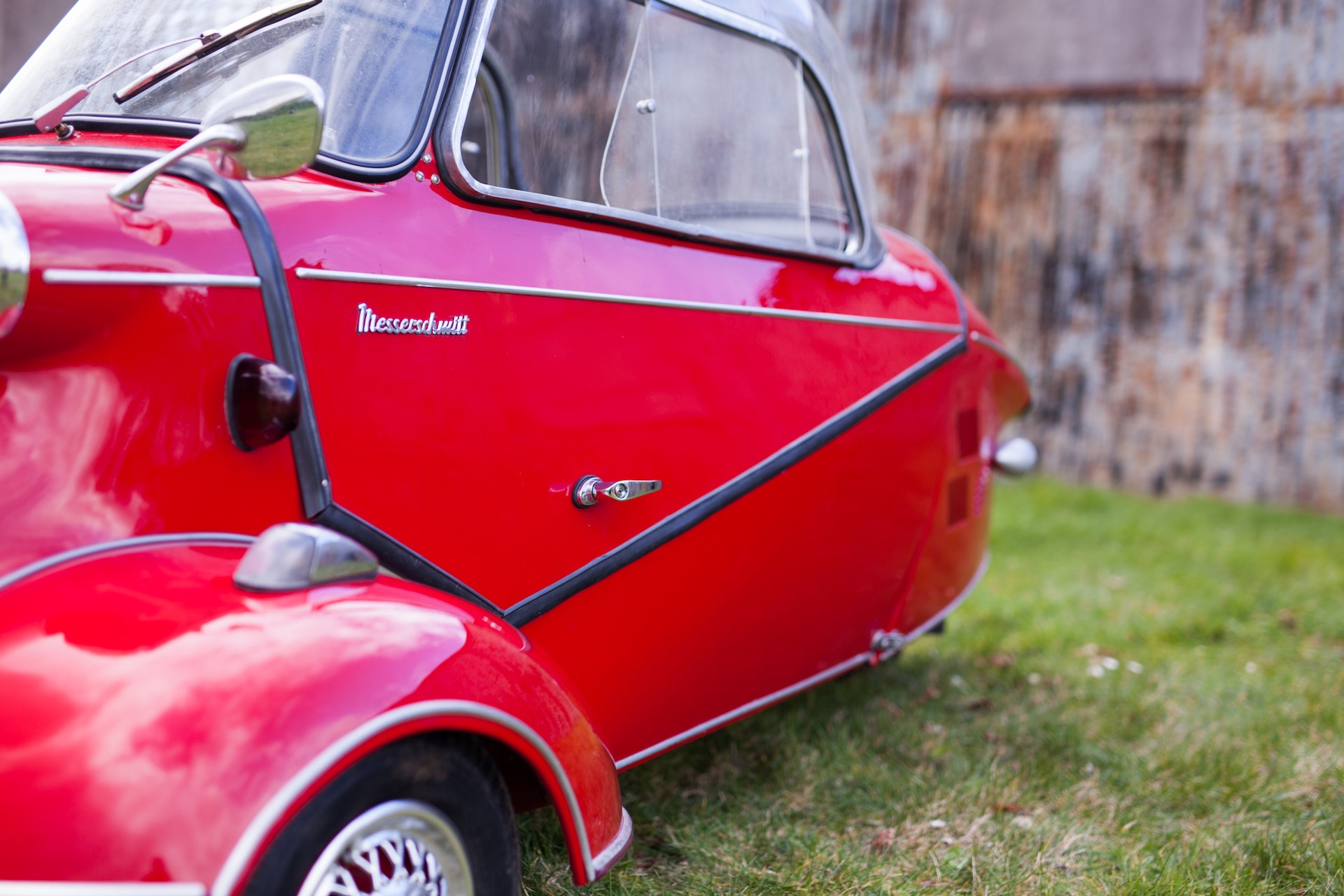 The Messerschmitt’s narrow cockpit is formed from steel panels, which all remain in great shape with no signs or corrosion or accident damage. There are a few chips on the side panel where the canopy closes onto the body, but otherwise the bright red paintwork presents well, and would certainly impress at events. 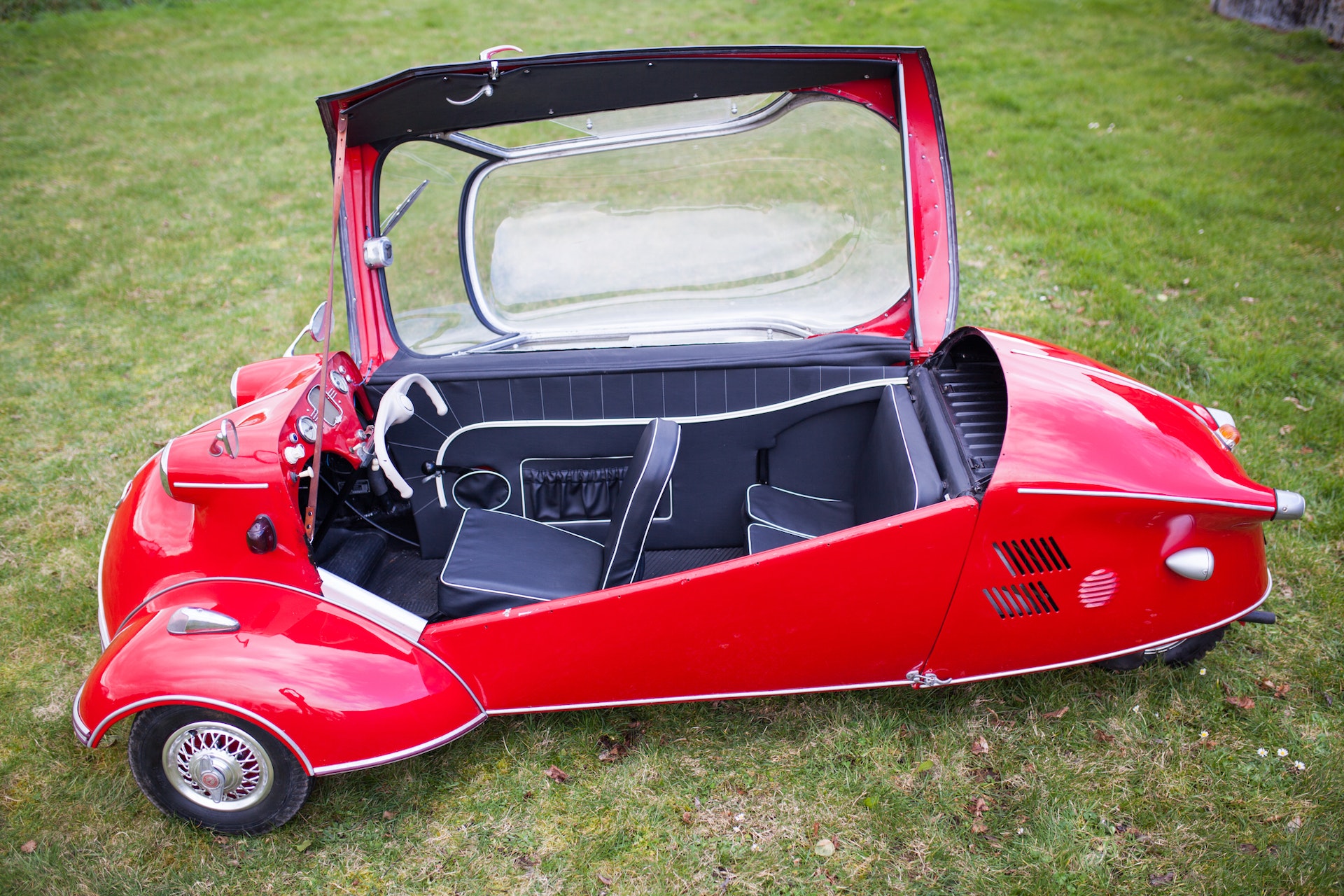 Its acrylic ‘bubble’ canopy remains in excellent condition, with no chips or cracks, and provides a terrific panoramic view of the surroundings for the driver and passenger. All of the rubber window and body seals are in good order, as is the metalwork around the panels and light lenses. It is fitted with the correct 8-inch wheels at the front, which include the two-eared hub detailing on the trims. 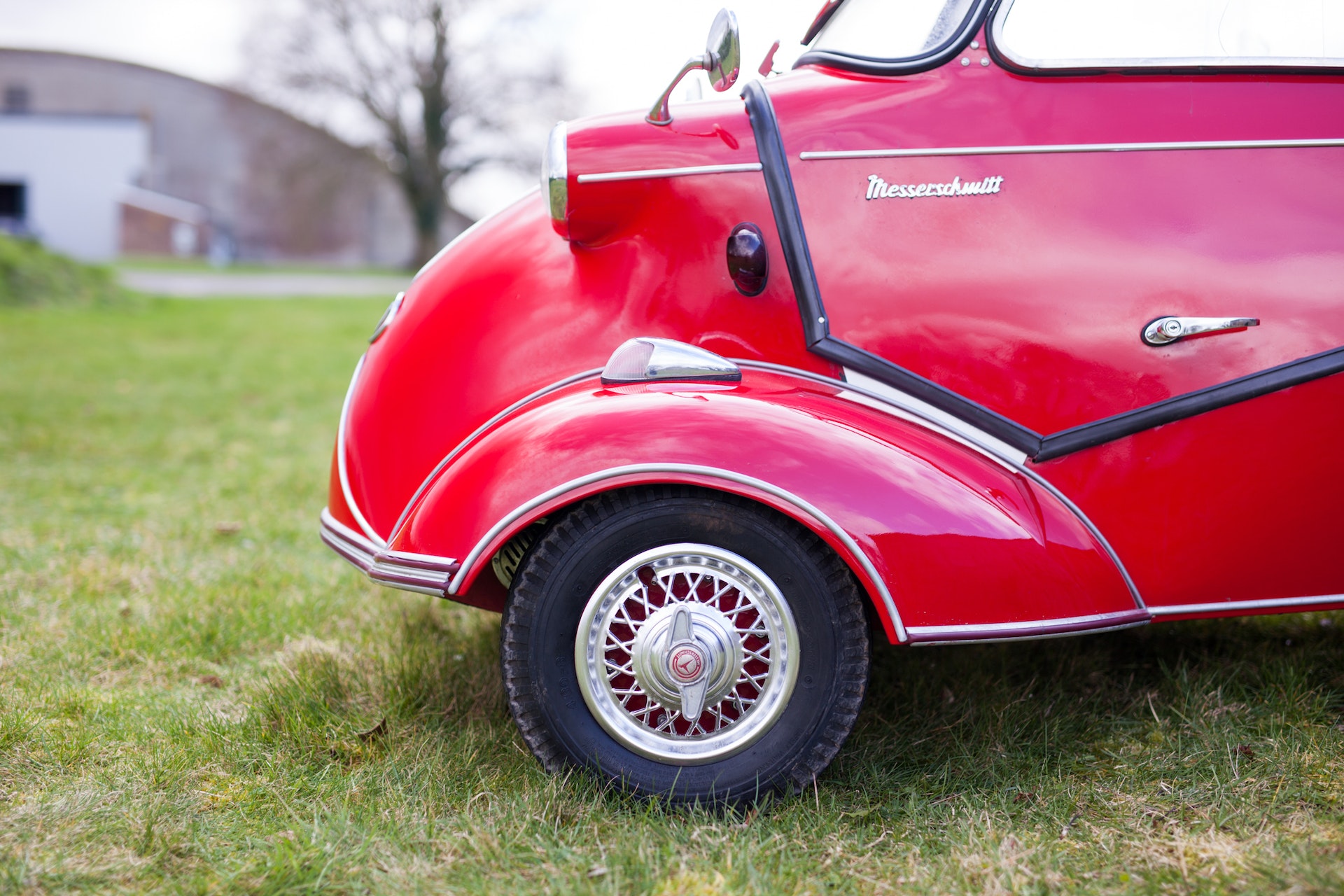 The tandem cabin is smartly upholstered in black vinyl with white piping, and still looks fresh after a re-trim. Its steering yoke is in great shape, and the lights and gauges on the simple dashboard layout work as they should. 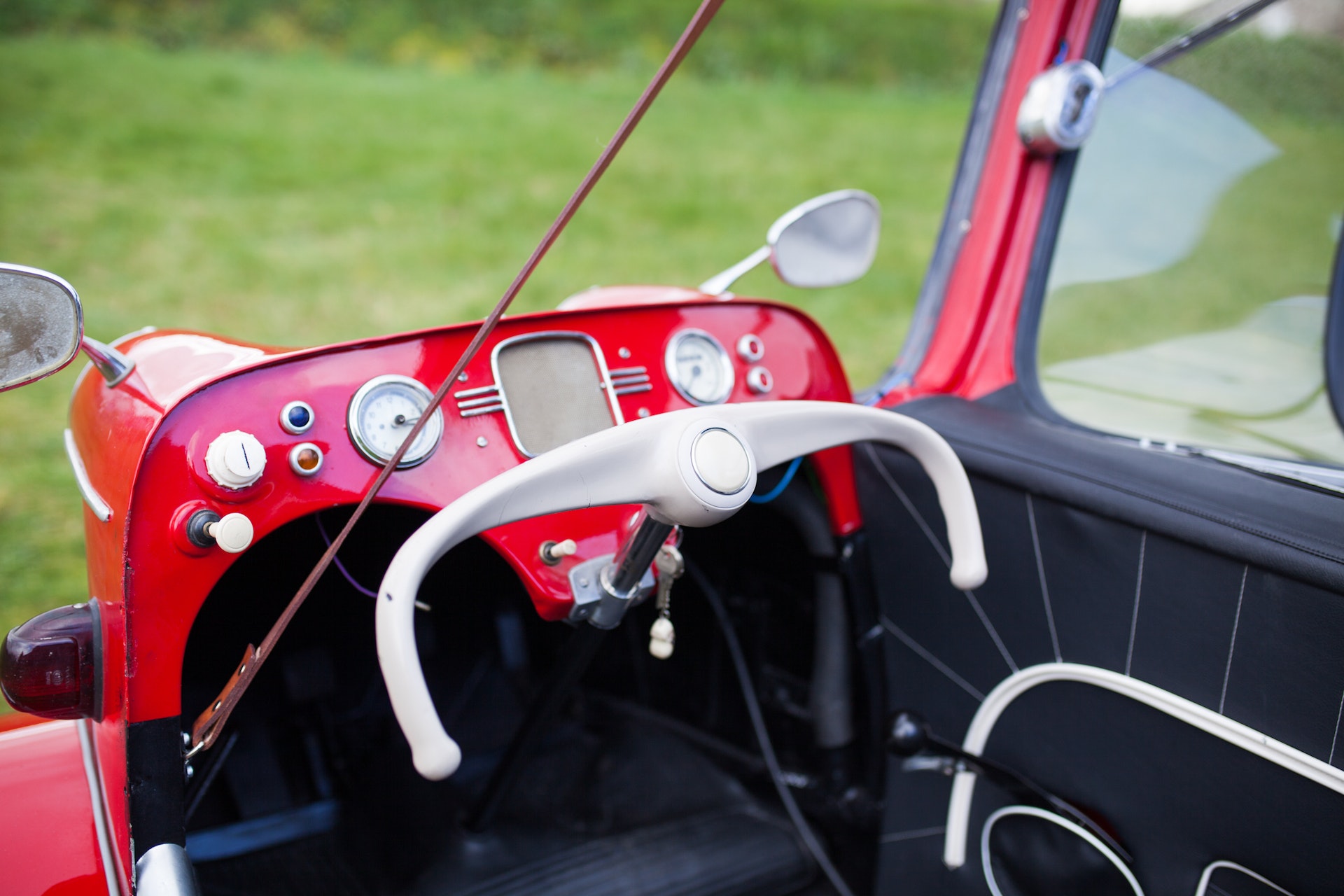 The seller reports that this Messerschmitt starts, runs, and drives very well. It has been used only very sparingly while in his collection, but was freshly serviced in January 2020 with replacement of the engine oil. 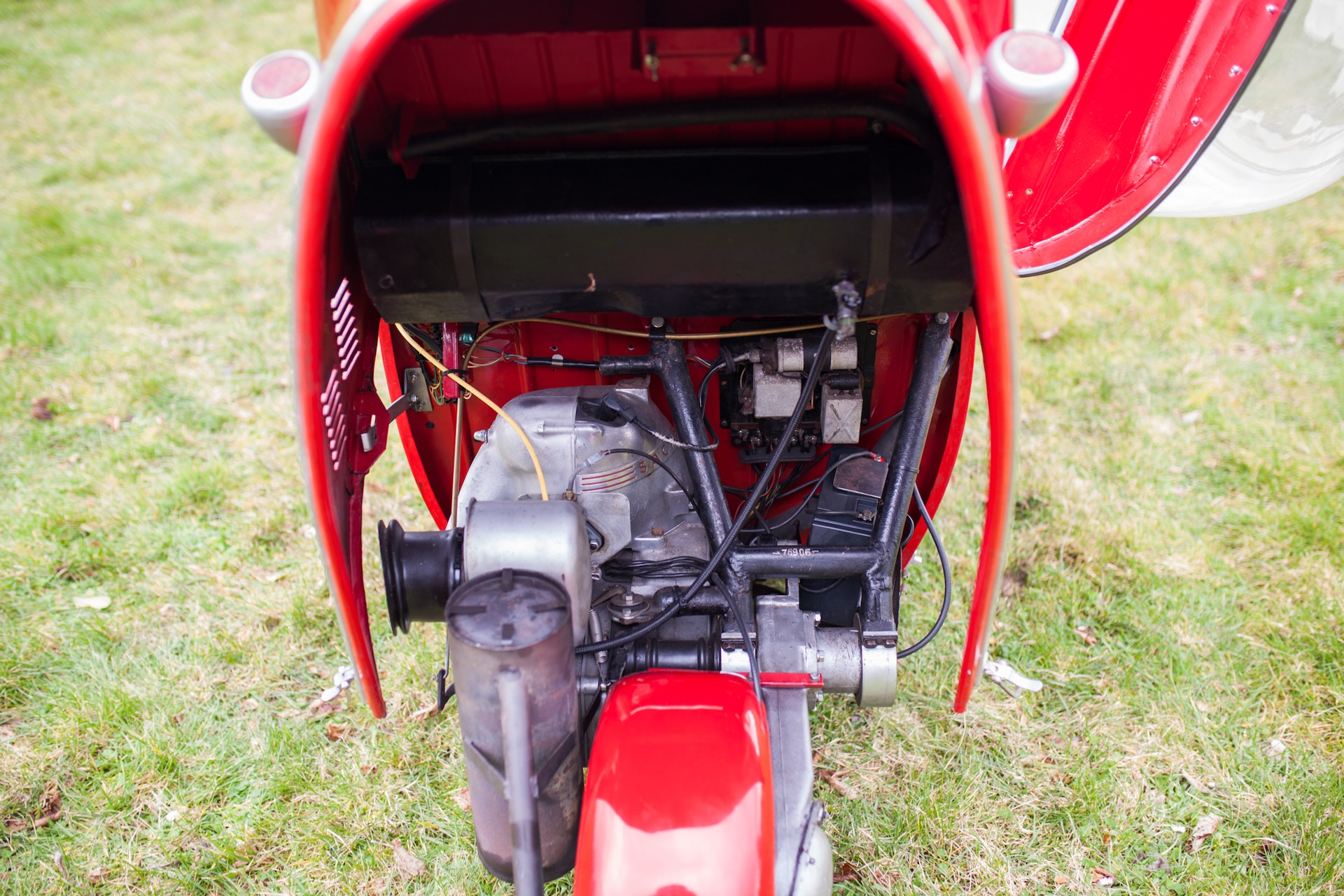 This microcar is exempt from annual MOT testing on the basis of its age, though of course the seller welcomes any inspection by a bidder or appointed specialist. He reports that the tyres are all in good condition, with plenty of tread remaining. 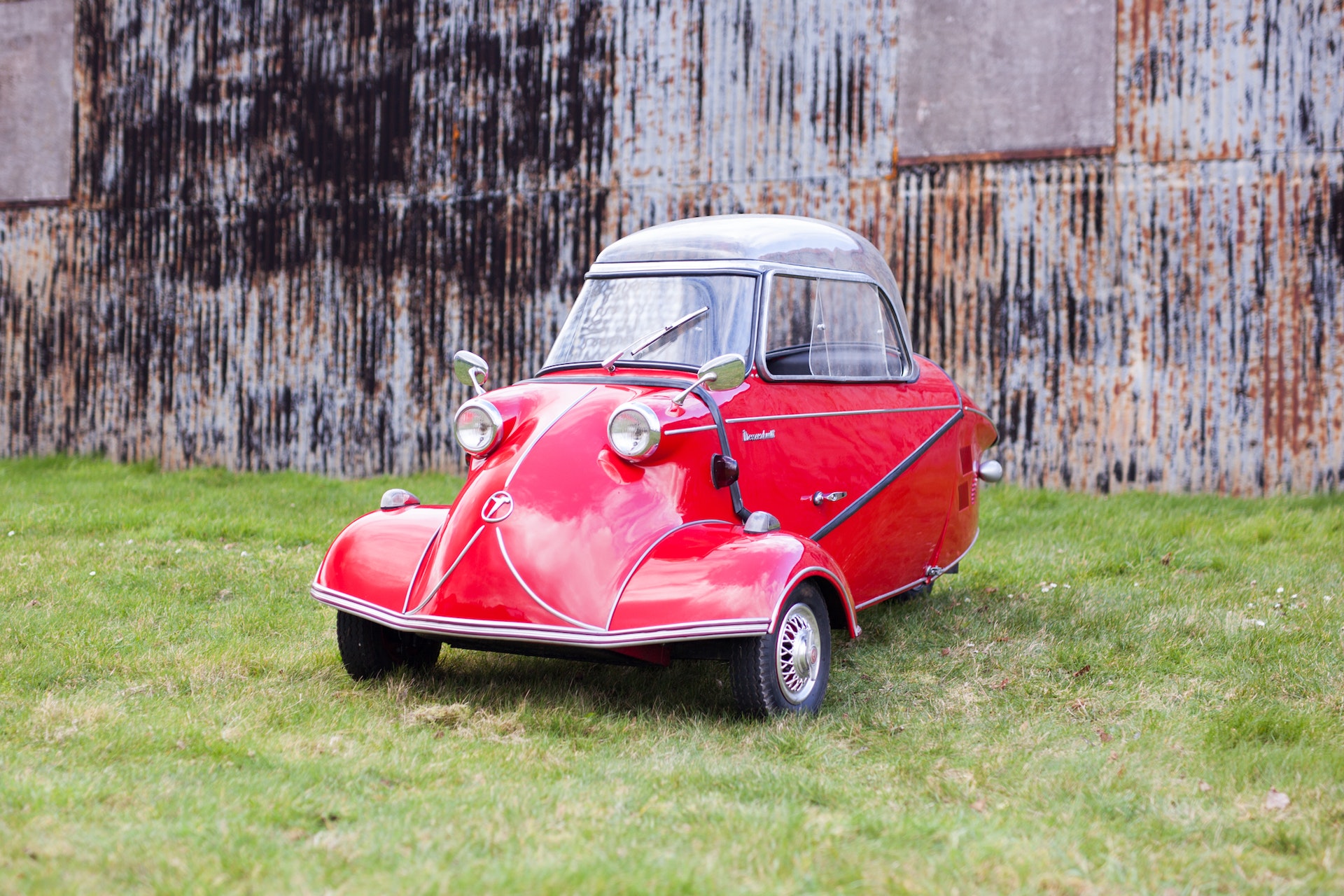 This Messerschmitt KR200 is a wonderful ‘bubble car’ that is offered from a dedicated collector, and which benefits from a prior restoration with great attention to detail. These microcars have unbeatable character, attracting smiles and admiring glances wherever they go, not to mention a unique and compelling driving experience.