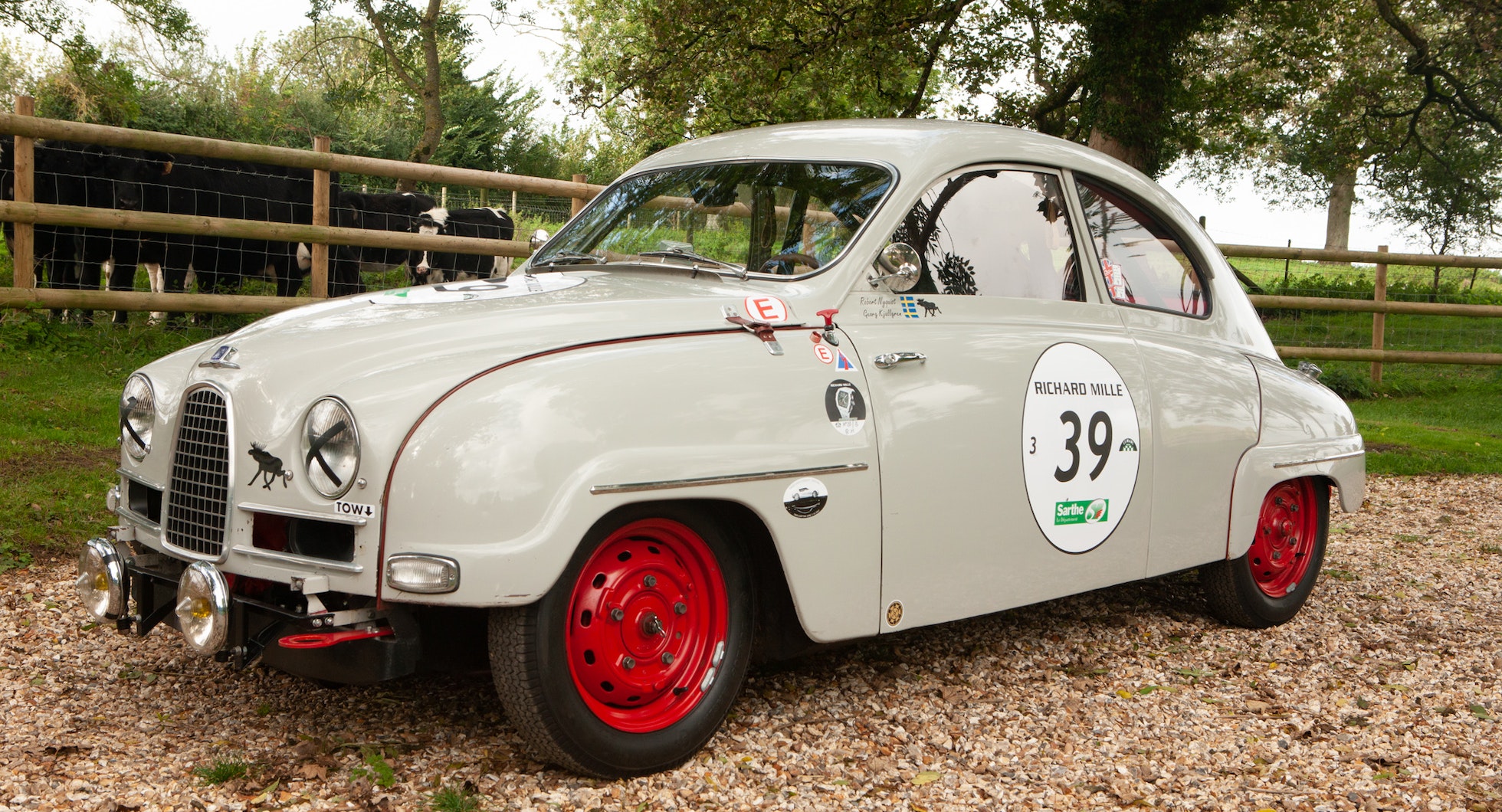 This 1958 Saab 93B started life as a fun little Swedish road car and in more recent years has been converted into a historic race machine. With its race-tuned 750cc three-cylinder two-stroke engine, driven through a four-speed manual aluminium gearbox, it could give any car in its class a run for its money on the track. 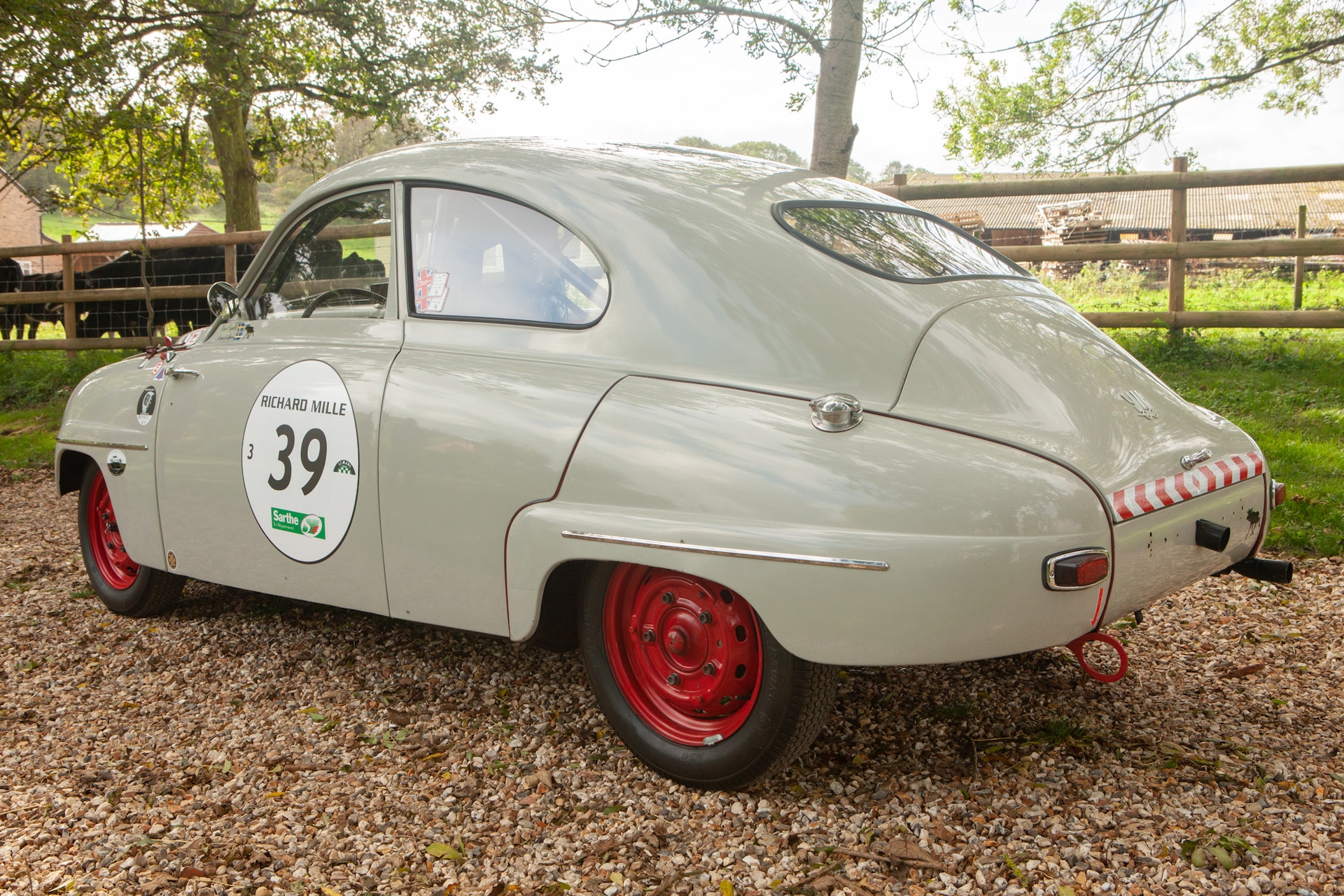 The car is a left-hand-drive example and was first registered on 1 January 1958 in Sweden, where it was given registration mark MA 3380. Many years later, the registration was changed to FMF 510, when it was purchased by its second owner, also of Sweden. After decades of ownership, the car was purchased by a gentleman who imported it to his home in France. It is from this owner — just the third from new — that the current vendors (two racing enthusiast friends) purchased the car and imported it into the UK. 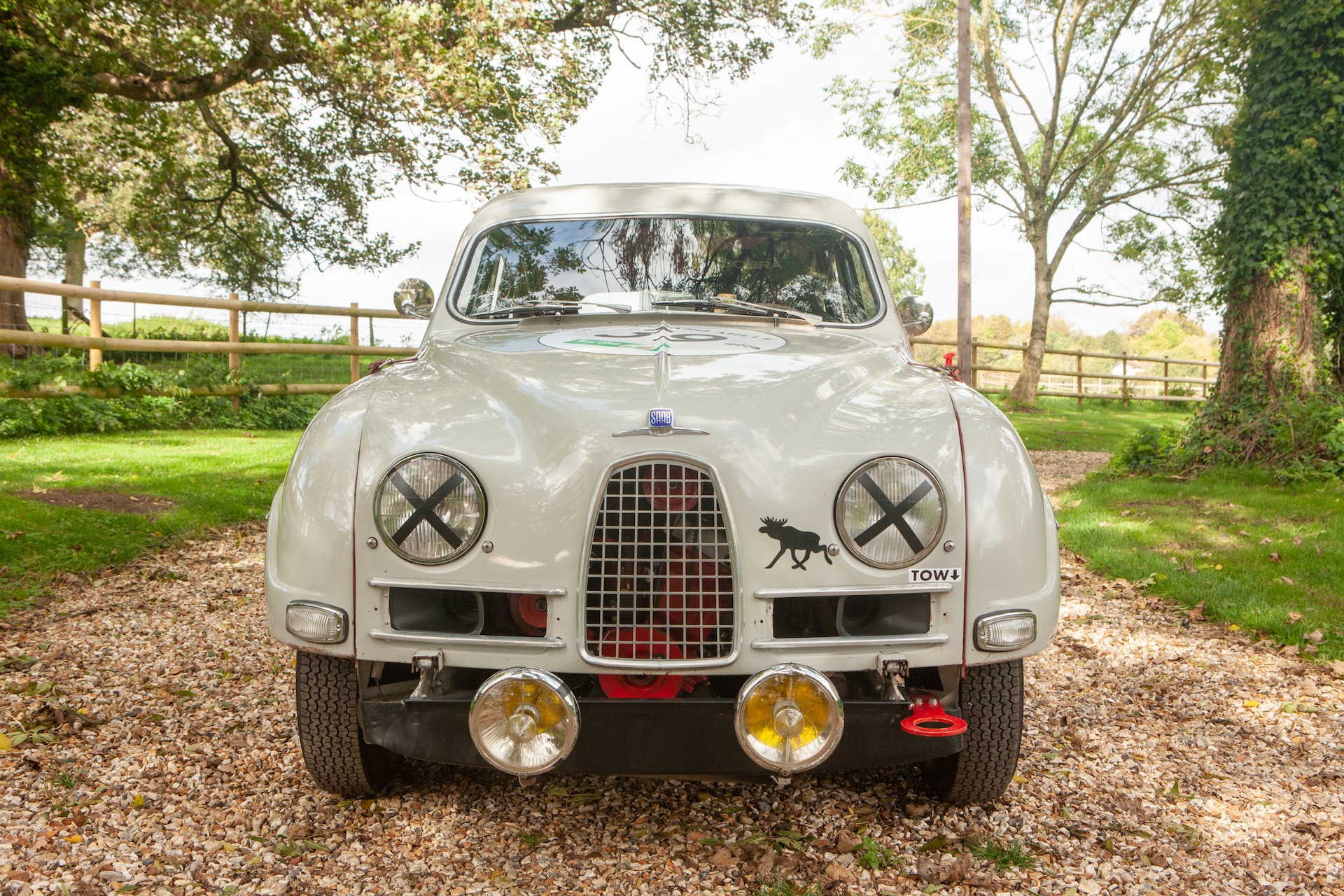 With Le Mans Classic 24 Hours racing in mind, the vendors commissioned a mechanical restoration and race conversion of the car after their purchase in 2016. Inspired by the two 93s that entered the 1959 Le Mans 24 Hours — the first for the Swedish marque — the car was converted using new old stock and original items sourced from the Saab club in Sweden. It is because of the efforts of those two cars entered in 1959 that the Saab 93 is currently eligible to compete on that same track today in the Le Mans Classic. 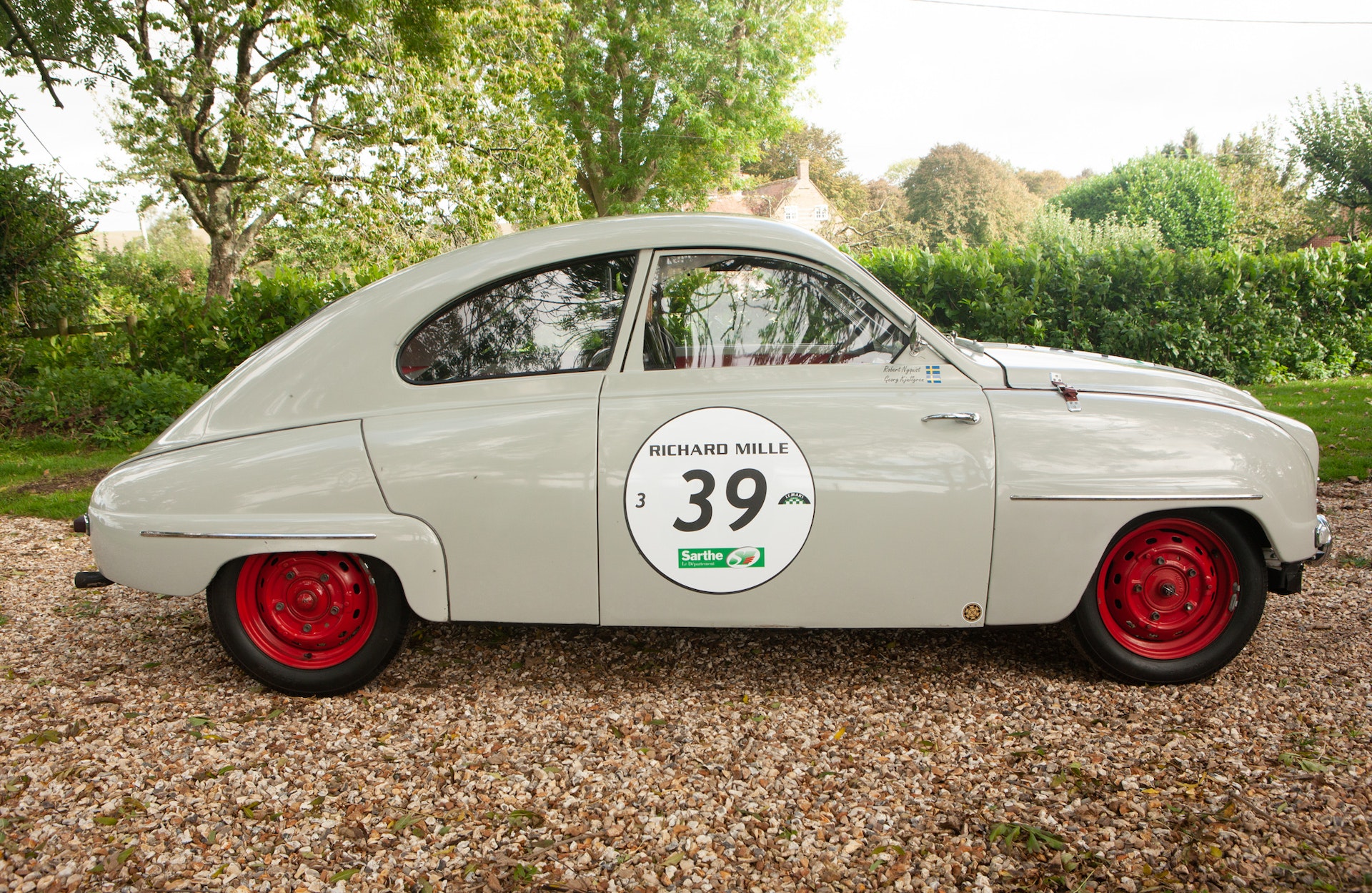 While mechanically the car received a complete restoration and conversion, the body and Algerian Grey paintwork were untouched; as such, there are some minor age-related marks evident, including some stone chips with a bit of spot correction, paint peel and minor rust spots, but the bodywork hasn’t received any welding. Please see the detailed photos in the media gallery that further illustrate its condition. As part of the race conversion, the window glasses have been replaced with race-specification Lexan polycarbonate. 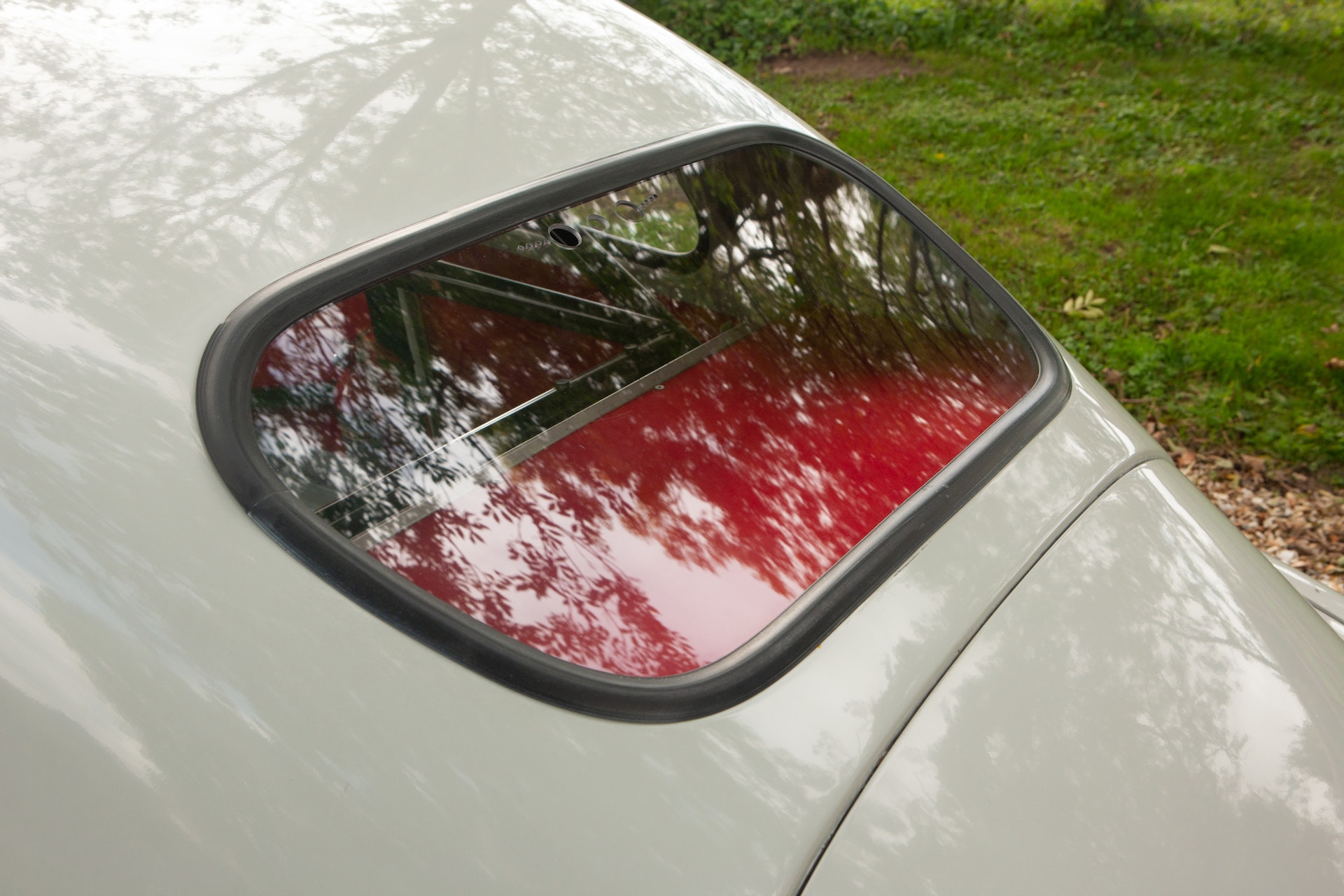 The interior is bare, as a race car should be, with nothing to distract the driver while on the track. Inside, the cabin is painted the same Algerian Grey as the exterior and features red door cards. There is just one black Cobra race seat fitted, with a TRS four-point FIA harness (both of which are approved by the FIA until 2021), and a full roll cage has also been installed. The dashboard features all of the original switches and gauges, with labels in Swedish, along with an additional panel of exhaust, fuel and water temperature gauges. 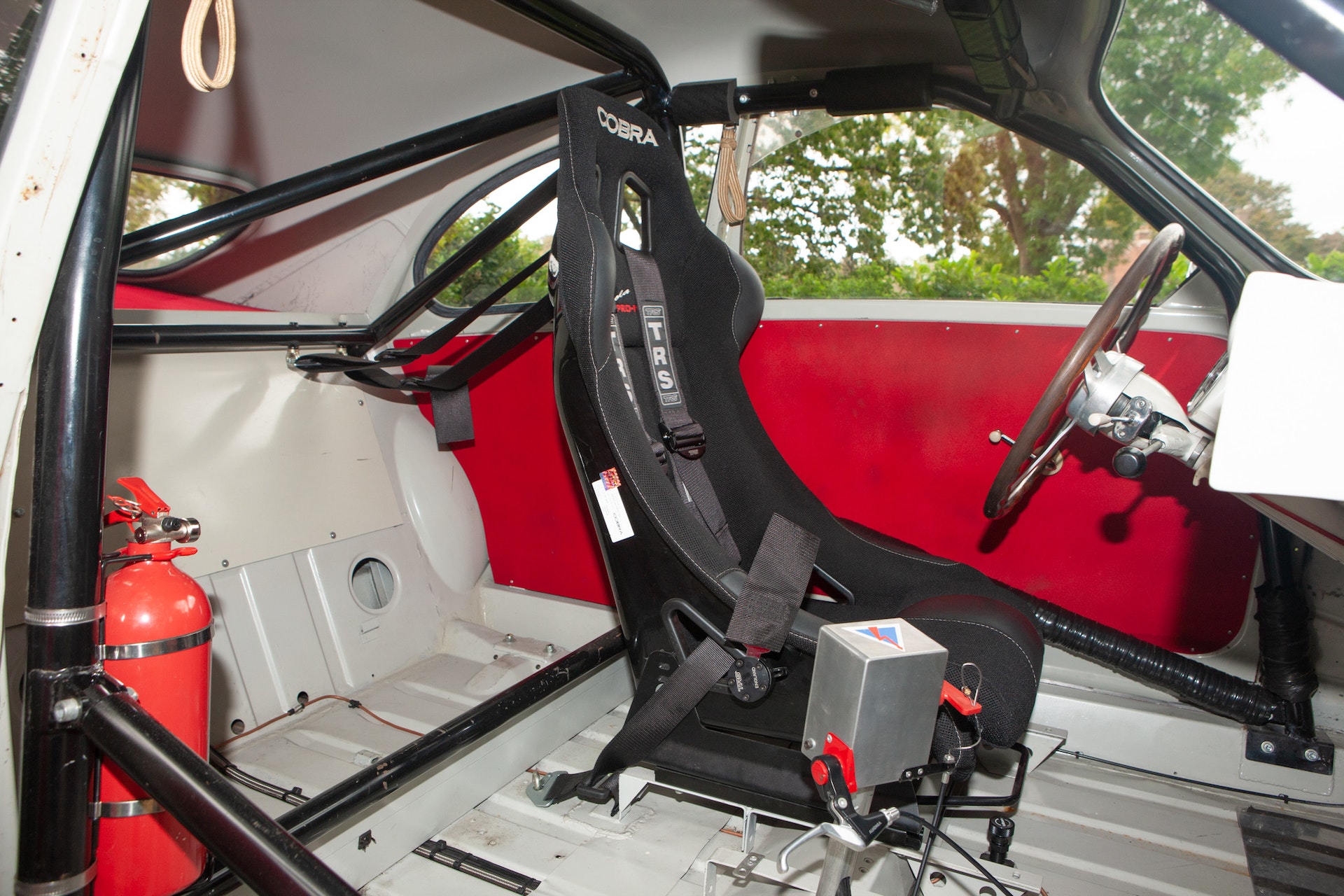 The engine and gearbox have been rebuilt by Saab specialist Graham MacDonald, of MacDonald Classic Cars in Worcestershire, and have only seen approximately 25 minutes of road use (on trade plates) since being installed. The engine features a twin-barrel Solex carburettor from a Porsche 912, a competition ignition, an electric water pump and a high-specification radiator. The gearbox was built with the ’Special 1’ close-ratio set and a new competition clutch for circuit racing. The brakes have been fitted with competition brake linings and the back plates have been drilled to allow for cooling. 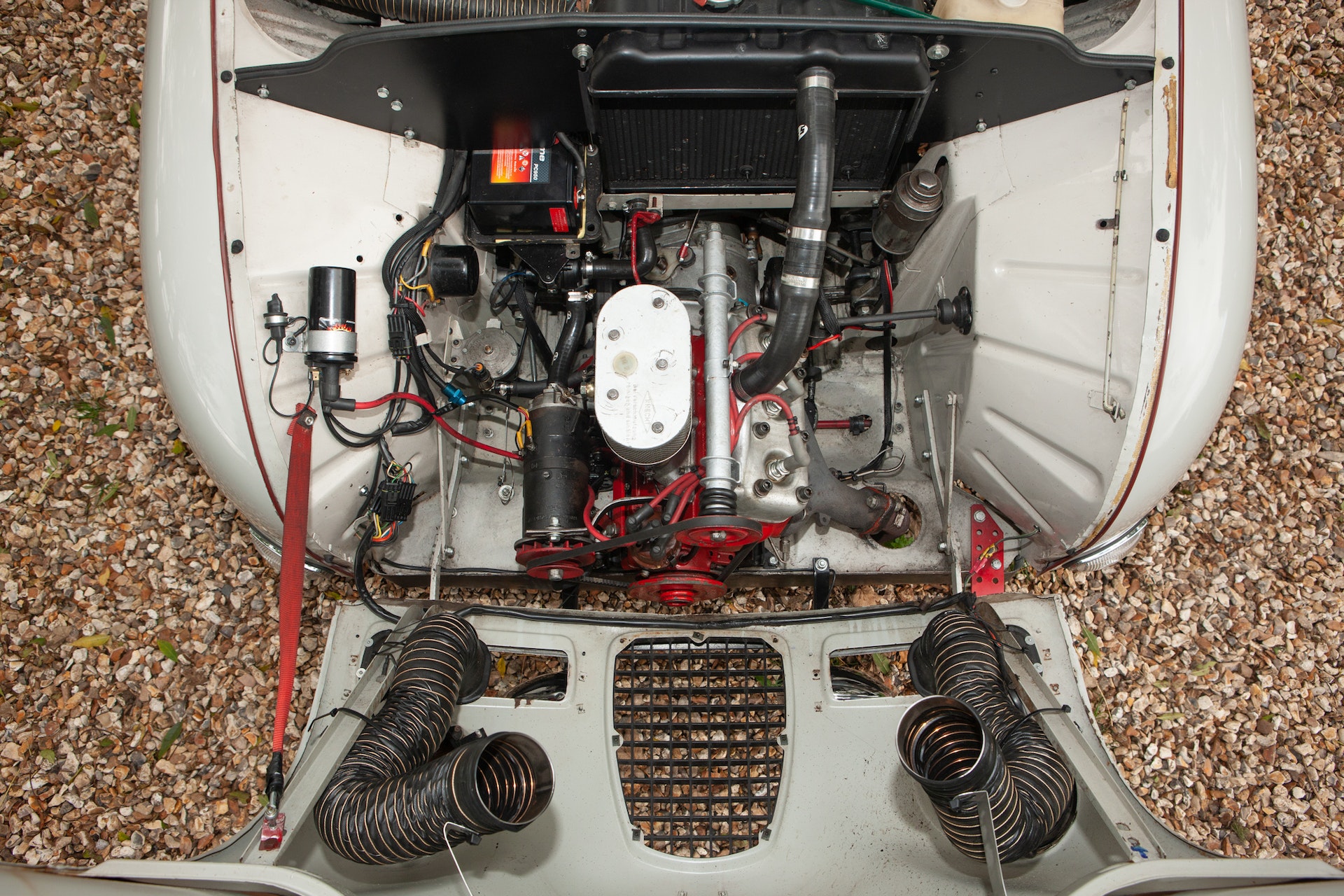 The suspension has been fully updated with Polybush components and the chassis mountings have been reinforced, with both being described as in excellent condition. The standard steel wheels have been reinforced to take the extra load of racing, with few marks present, but they are fitted with period racing tyres that have a good amount of depth. The car is accompanied by its original road car spares, as well as another set of basic race spares. 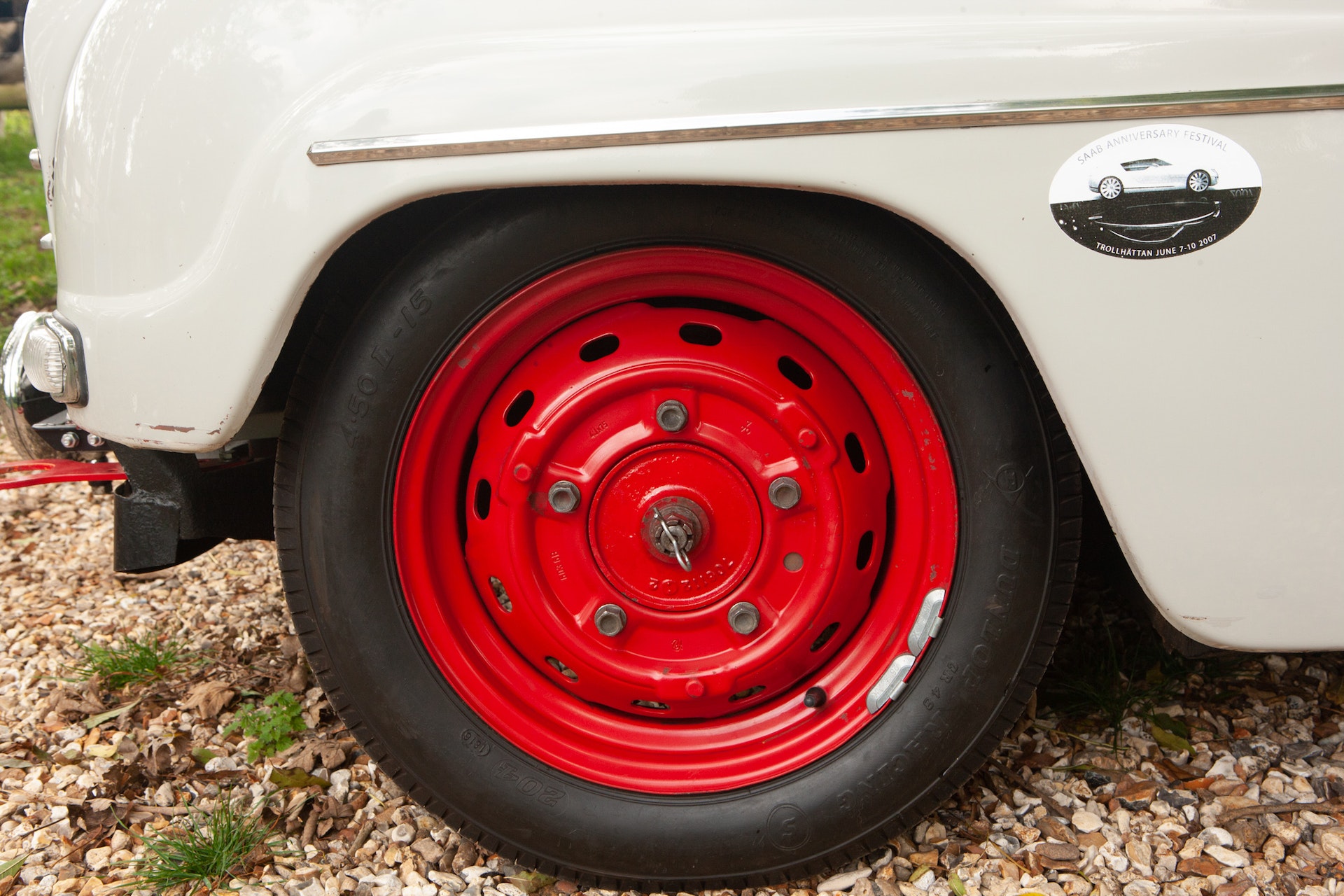 After the car was fully converted to race specification, it was inspected by the FIA in order to participate in historic racing. The car was granted its Historical Technical Passport on 21 November 2017, allowing it to compete in the Competition GT category of races and hill climbs in the GTS3 class until 2027. As such, please note that the Saab is only a race car and cannot be registered for use on the road. 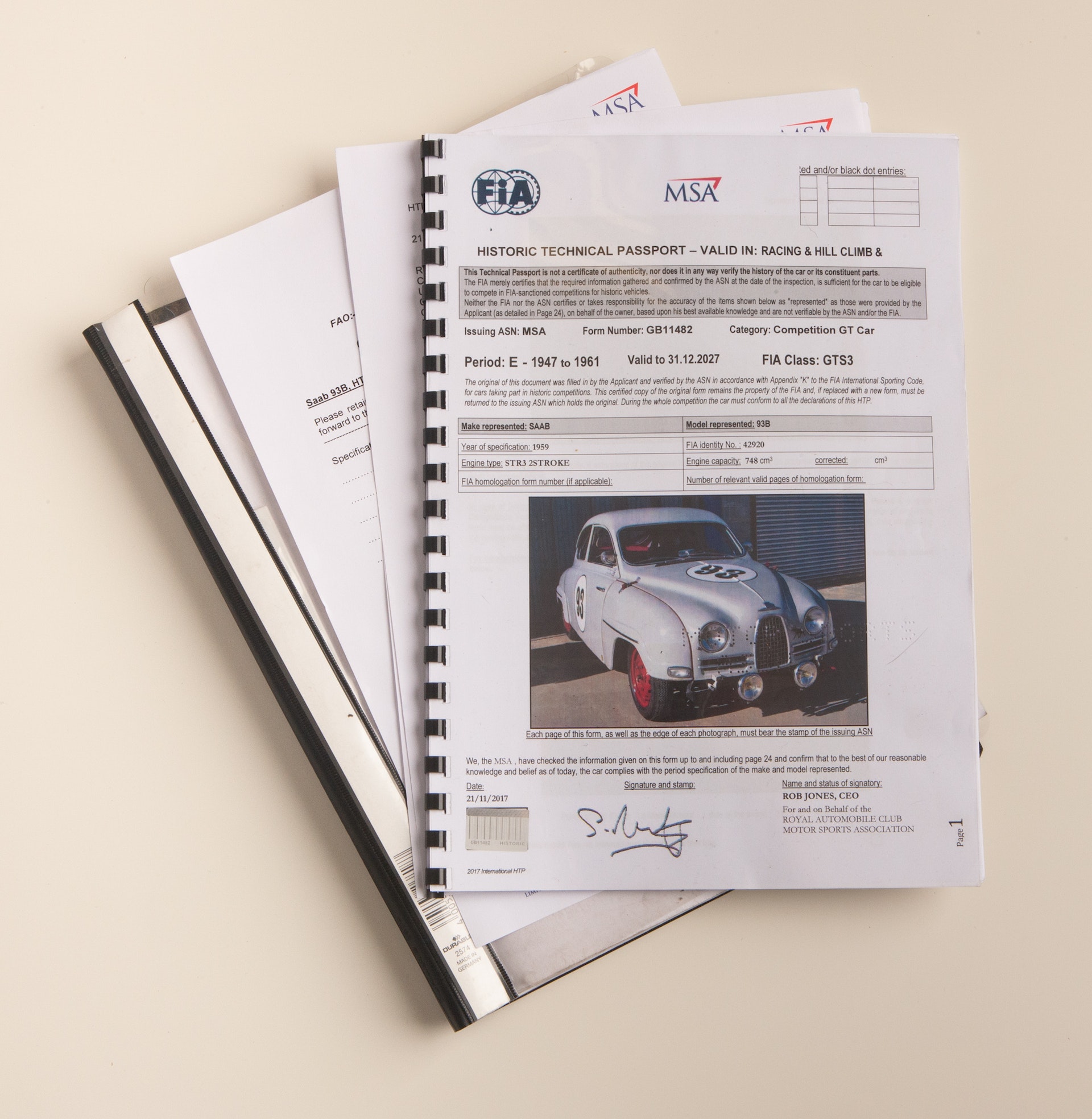 Not only is this car accompanied by its original Swedish registration, instruction book, service book and manual; it also has a spare 850cc standard engine, all the parts and casings to build a second gearbox, a 750cc engine block and crankshaft, and both a race exhaust and standard exhaust. 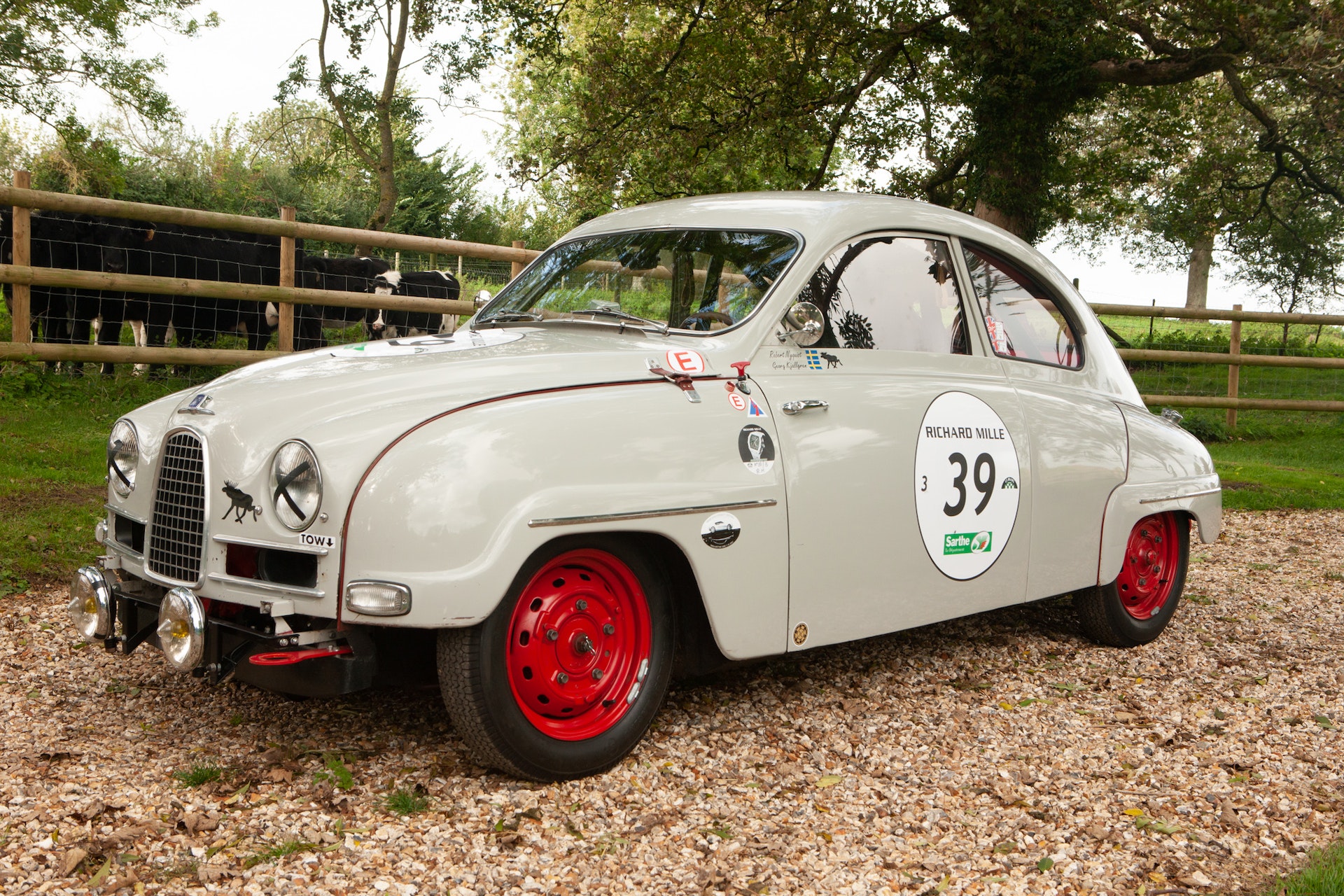 This 1958 Saab 93B has raced in the 2017 Silverstone Classic in the Pre-1963 GT class, as well as the 2018 Le Mans Classic. So, if you’ve ever dreamt about going flat-out on the Mulsanne Straight, tackling Arnage corner or weaving through the Esses, this Saab race car may just be your ticket.