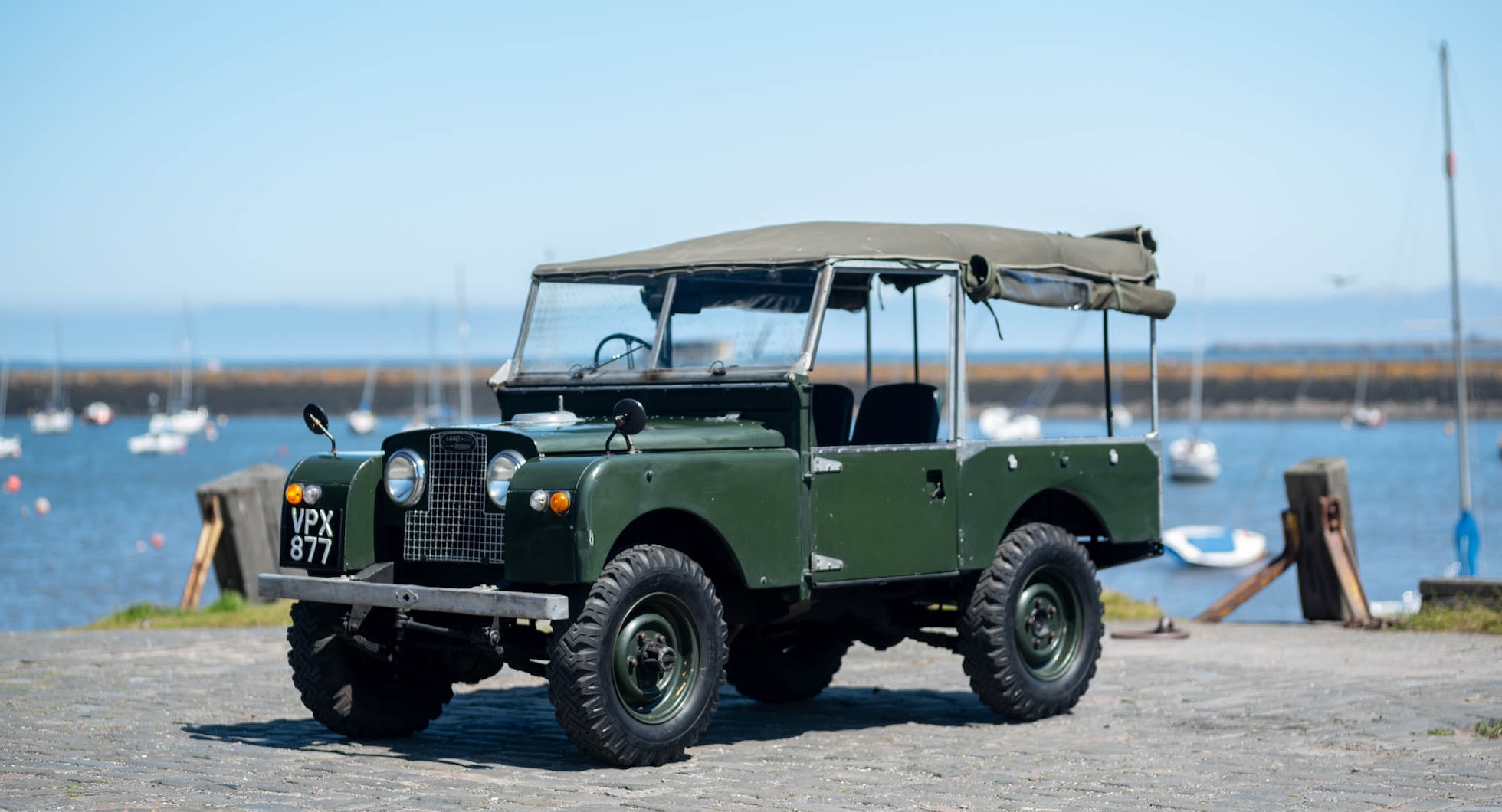 This 1956 Land Rover Series I is an iconic and practical car that is in sound mechanical order. A very early 88-inch wheelbase model, this particular Land Rover is equipped with a four-cylinder 2,286cc petrol engine from a Series IIA and a four-speed manual transmission. The odometer currently shows 21,510 miles, but the true mileage is believed to be around 87,000. Presented in fair cosmetic condition, this is a reliable Series I that could serve as a utility vehicle or simply be enjoyed as a charming classic. 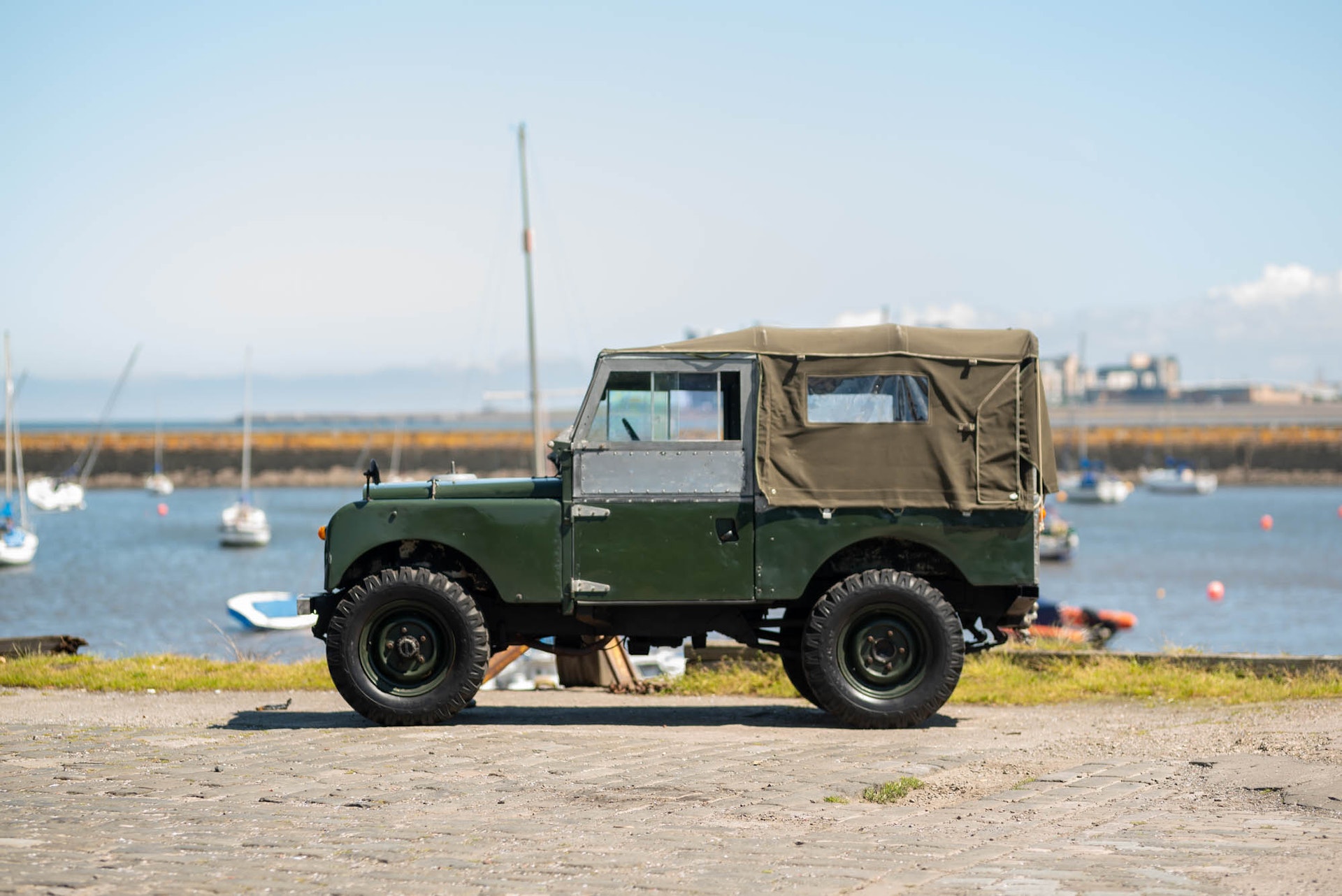 An original UK-delivered right-hand drive example, it was first registered in September 1956. It is believed to have had a prior restoration at some point in its life, and has been owned by the vendor for nearly three years, covering some 1,500 miles in that period. 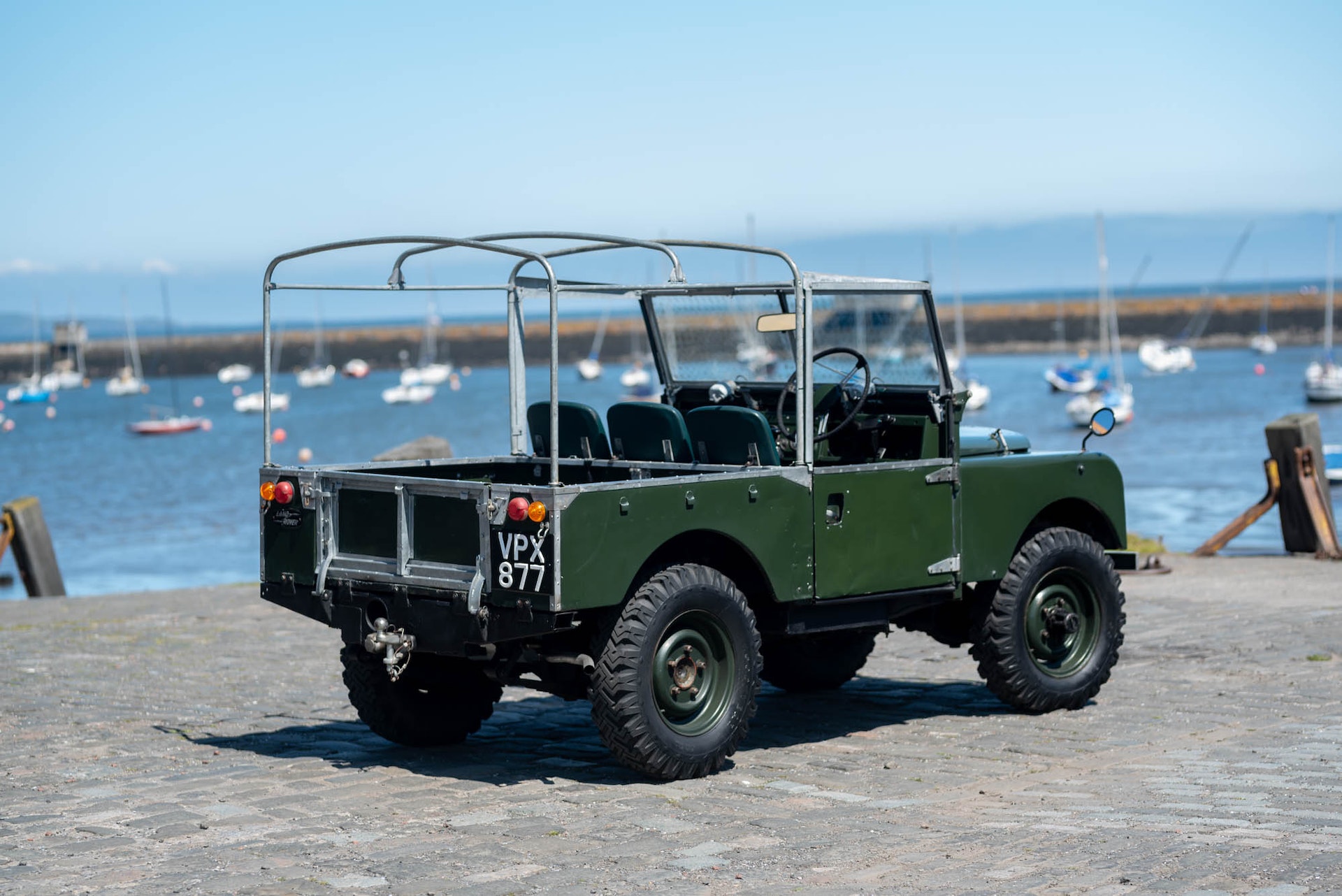 The Bronze Green paintwork is described as being in fair condition by the owner. There are numerous scuffs and chips, but it is an eminently serviceable finish. There is no evidence of any significant corrosion, with only slight surface rusting to trim elements such as the hinges for the bonnet and doors. The vendor reports that there is a small dent to one wing, but that the bodywork is generally very good order. The roll-up khaki hood canvas is in superb condition, and features both rear and side windows. 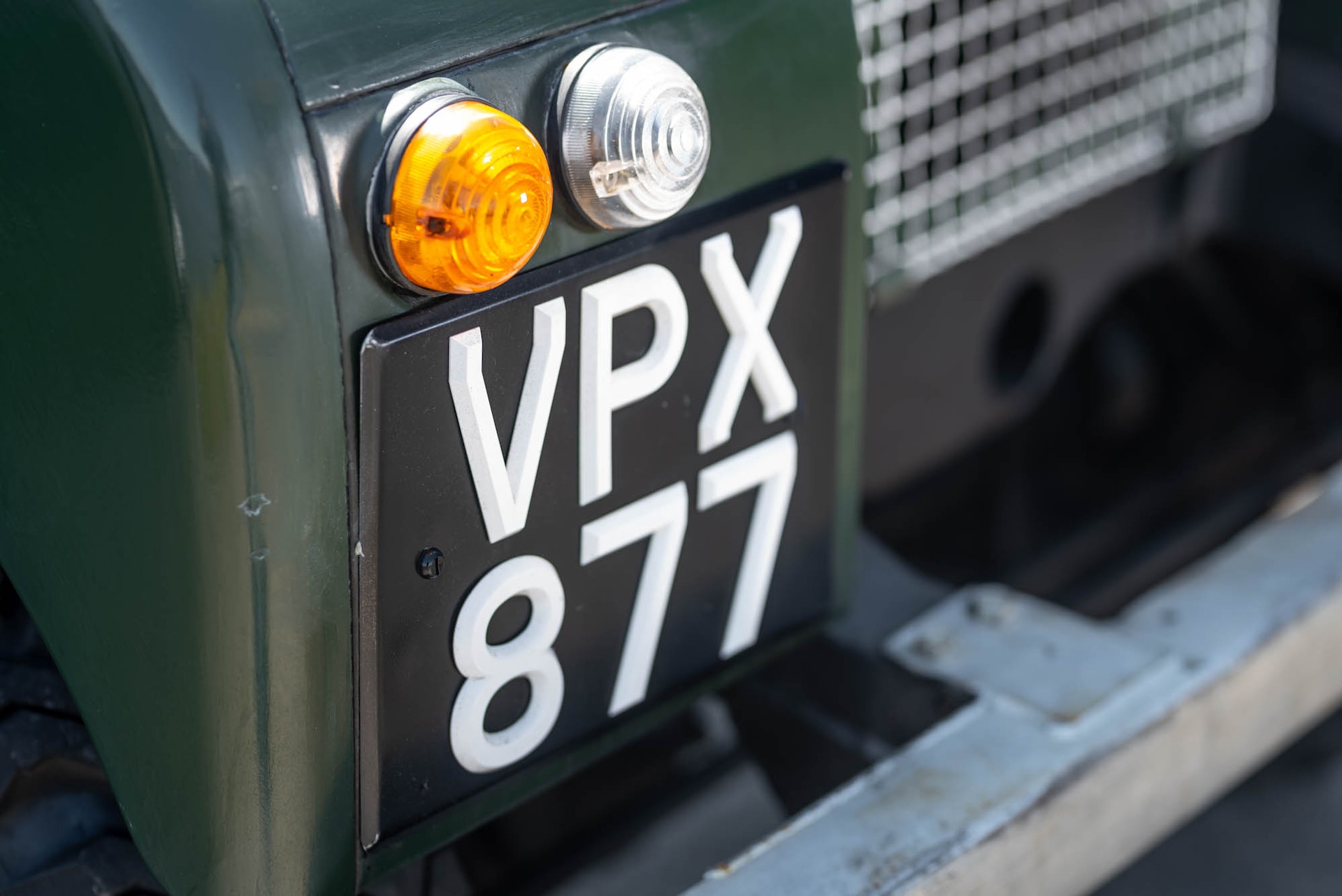 Inside the Land Rover, the seating has been reupholstered in green vinyl and is pristine. The rest of the cabin wears its age, with scruffy paint to the dashboard and some tarnishing of the original instrument dial surrounds and switchgear. We understand that all of the electrical functions work as they should. In the rear, the load bay is covered in a more contemporary black diamond-plate sheeting, and is in good order. 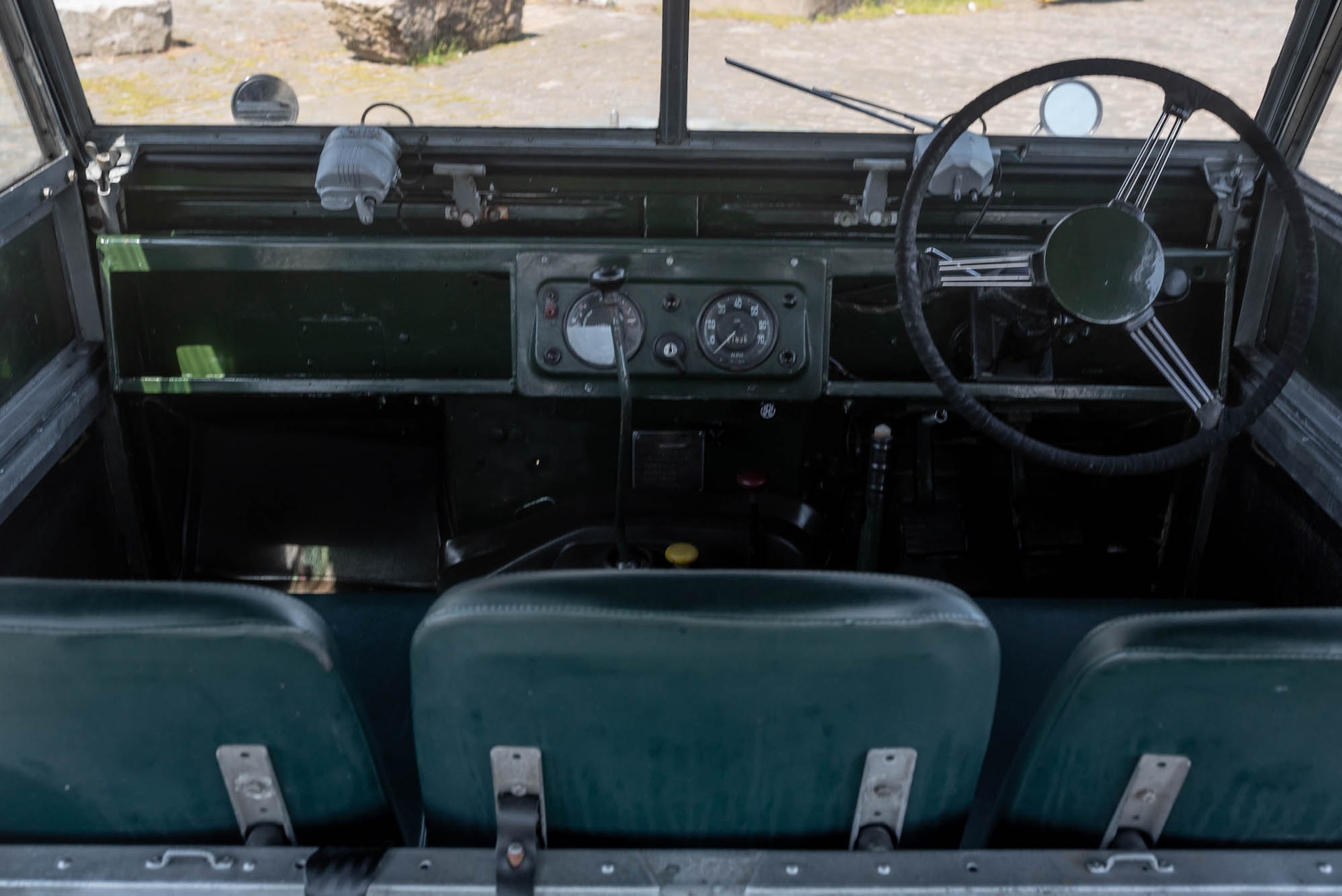 Subject of an older restoration, this Series I is in sound structural and mechanical condition. While exempt from the MOT test, its last inspection was in January 2014 where the only advisory was a crack in the nearside front side light. The engine bay is generally clean and tidy, with only minor surface rust where you would expect. The engine itself is a 2,286cc petrol from a Series IIA with a build date of approximately 1968. 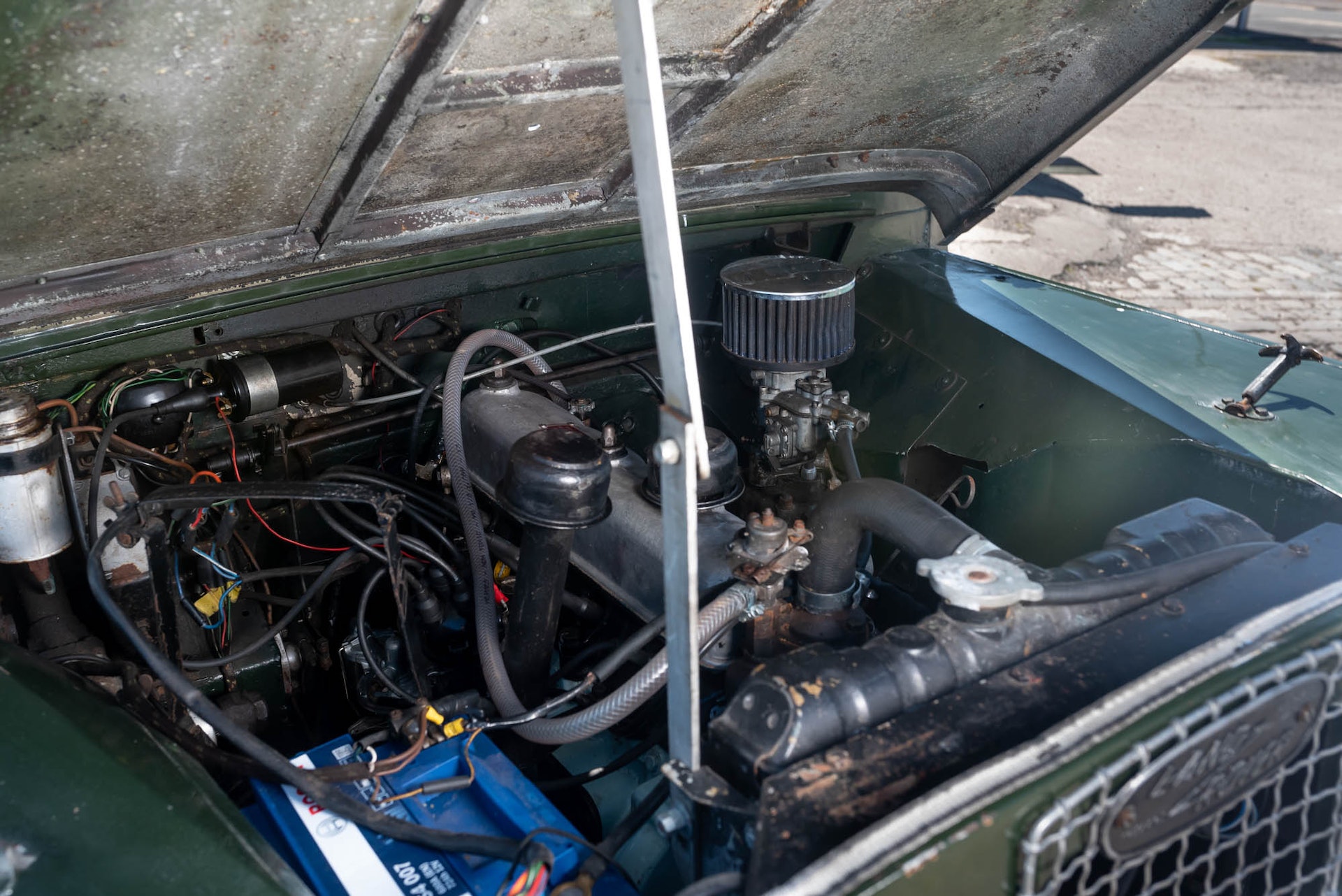 A full engine rebuild was commissioned in August 2018 at Land Rover specialist Engine 710 based in Edinburgh. It was refitted along with a reconditioned Turner Engineering unleaded head, and the car was then given a full service. At the same time, the exhaust silencer was also replaced. The tyres are matching Goodyear Xtra Grip items with a good tread depth remaining, although there is some hairline cracking present in the sidewalls. 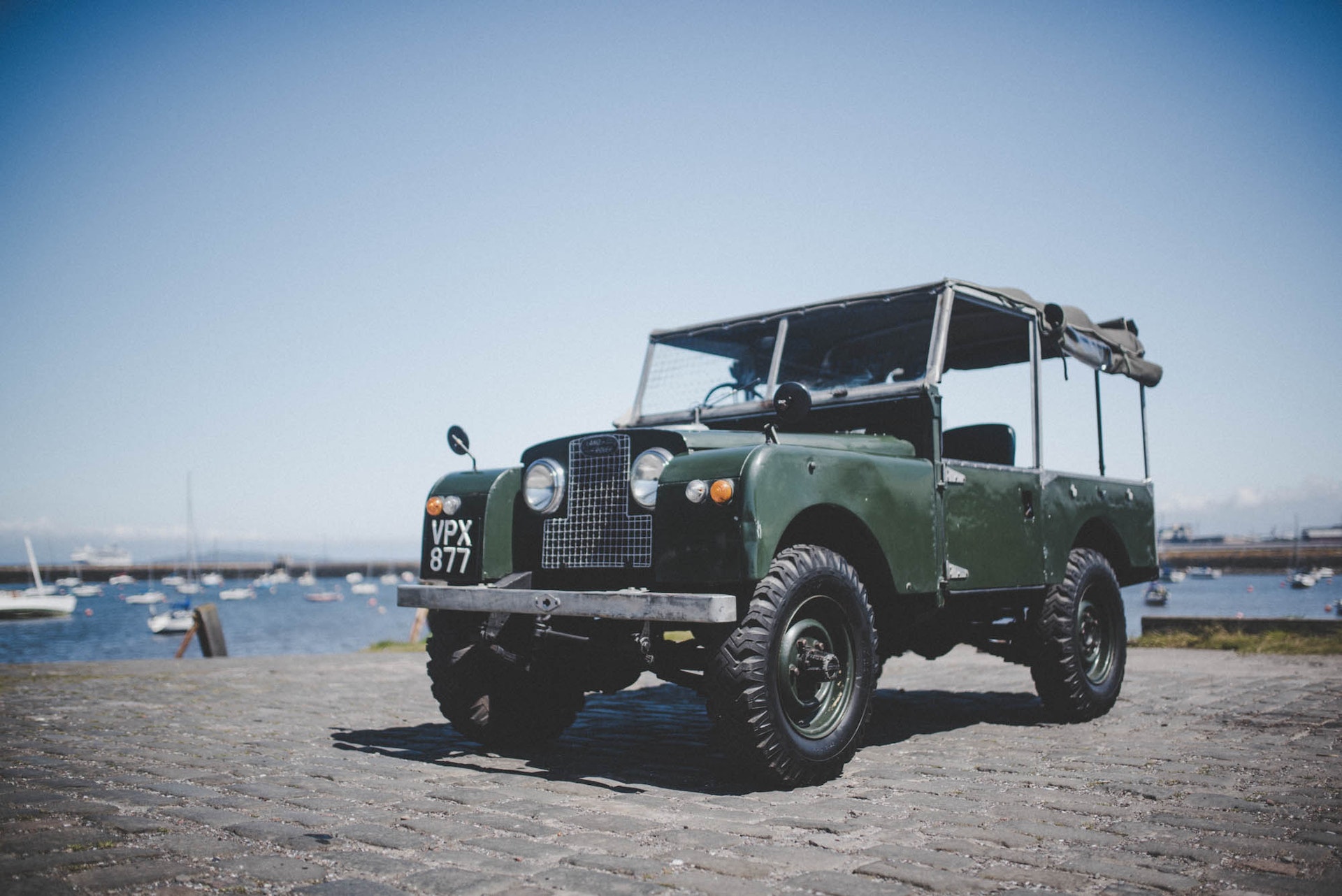 This 1956 Land Rover Series I is accompanied by a file of various receipts and documentation. It benefits from recent and thorough mechanical work, and would make a terrific useable classic as-is - for pure enjoyment or as utility transport. Alternatively, its solid condition means it would also make a superb base from which to commission a full cosmetic restoration, should a new owner so desire.