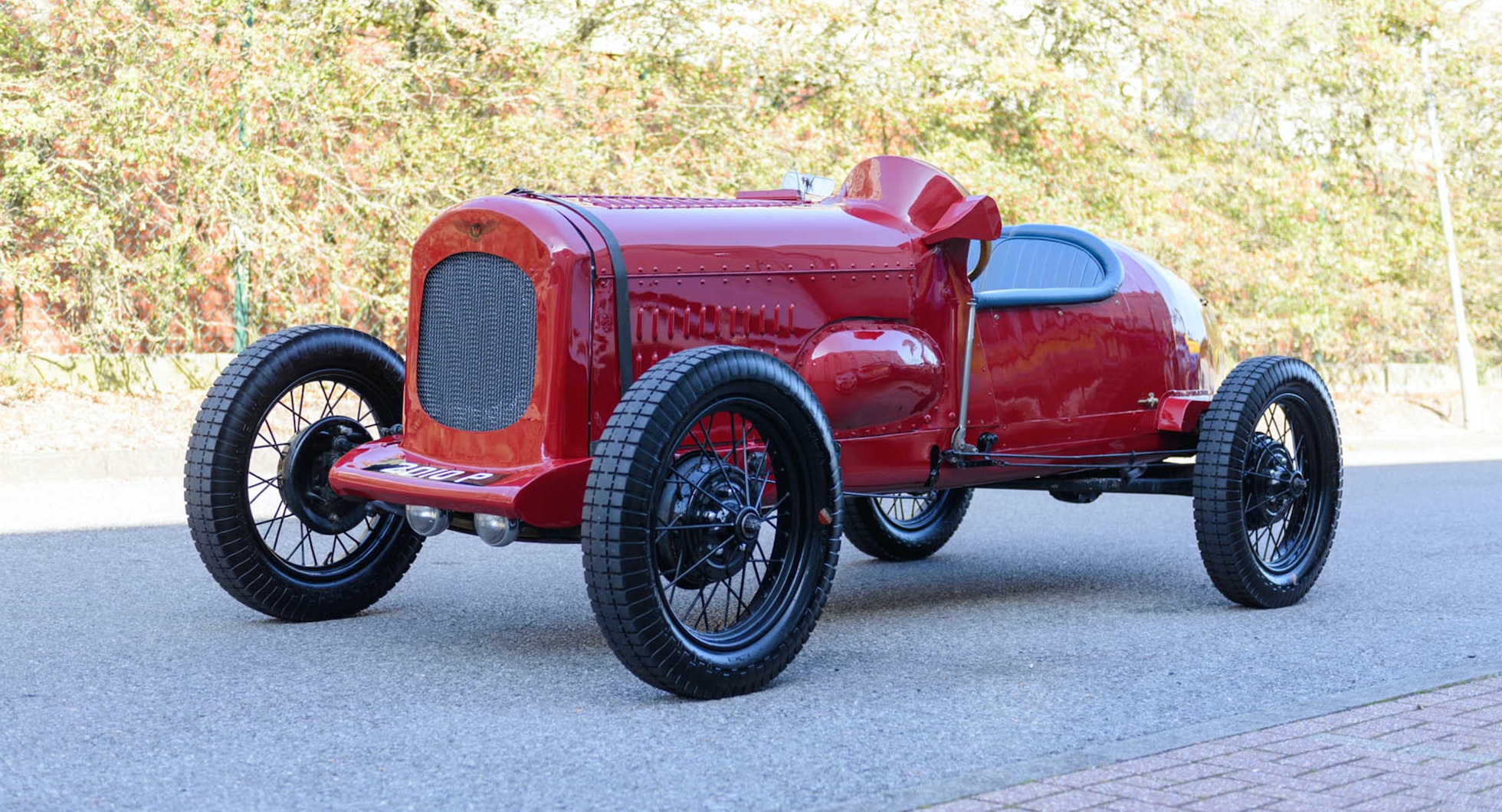 This Ford Model A Boattail Speedster is a charming custom special, which boasts an uprated powertrain as well as a hand-built body. Its engine is a 3.5-litre inline-four, which is coupled to a three-speed manual transmission and driven through the rear wheels. 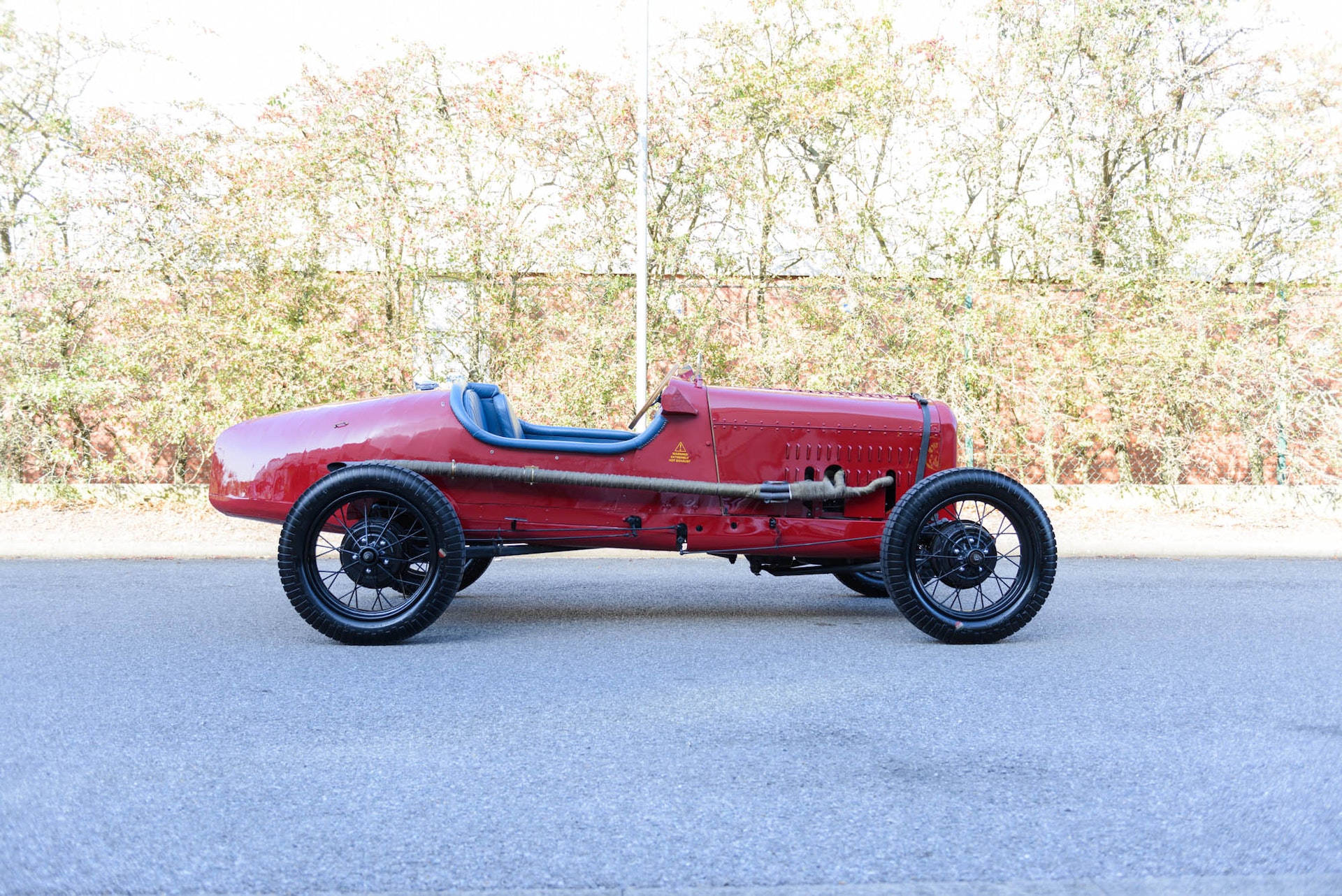 Based on an original left-hand drive Ford Model A registered in 1930, this Boattail Speedster is one of a small series of cars manufactured by Toby Ballard and Dave Boxall in the South East of England. It has been owned by the vendor for the last two years, who has enjoyed around 1,000 miles on the road in this charismatic vintage car. 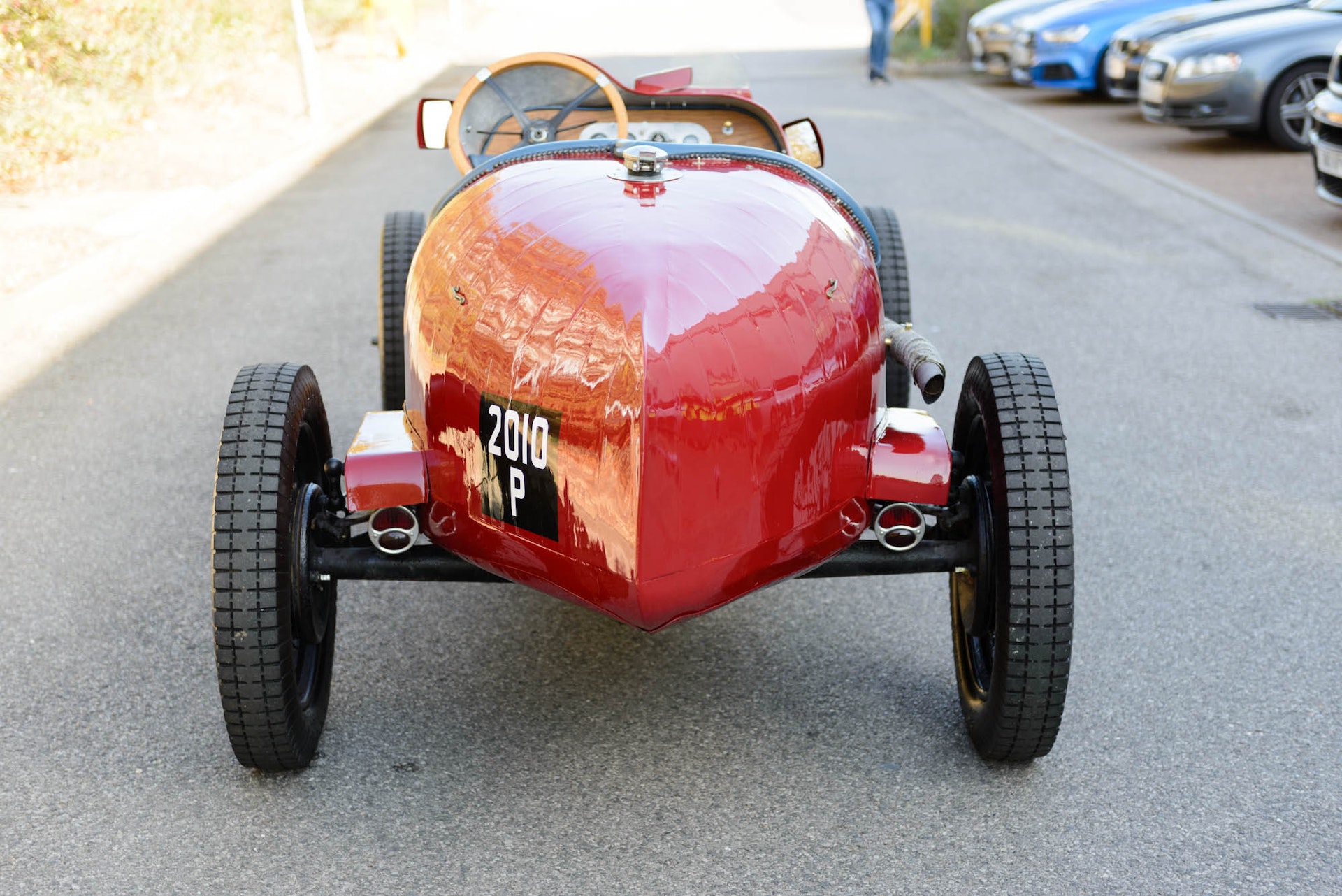 Rather than set about building a traditional Model A hot rod, Ballard and Boxall wanted to create a bespoke speedster that had the look of an authentic vintage racing car. They chose a classic narrow-bodied two-seater shape, with the passenger set slightly behind the driver. 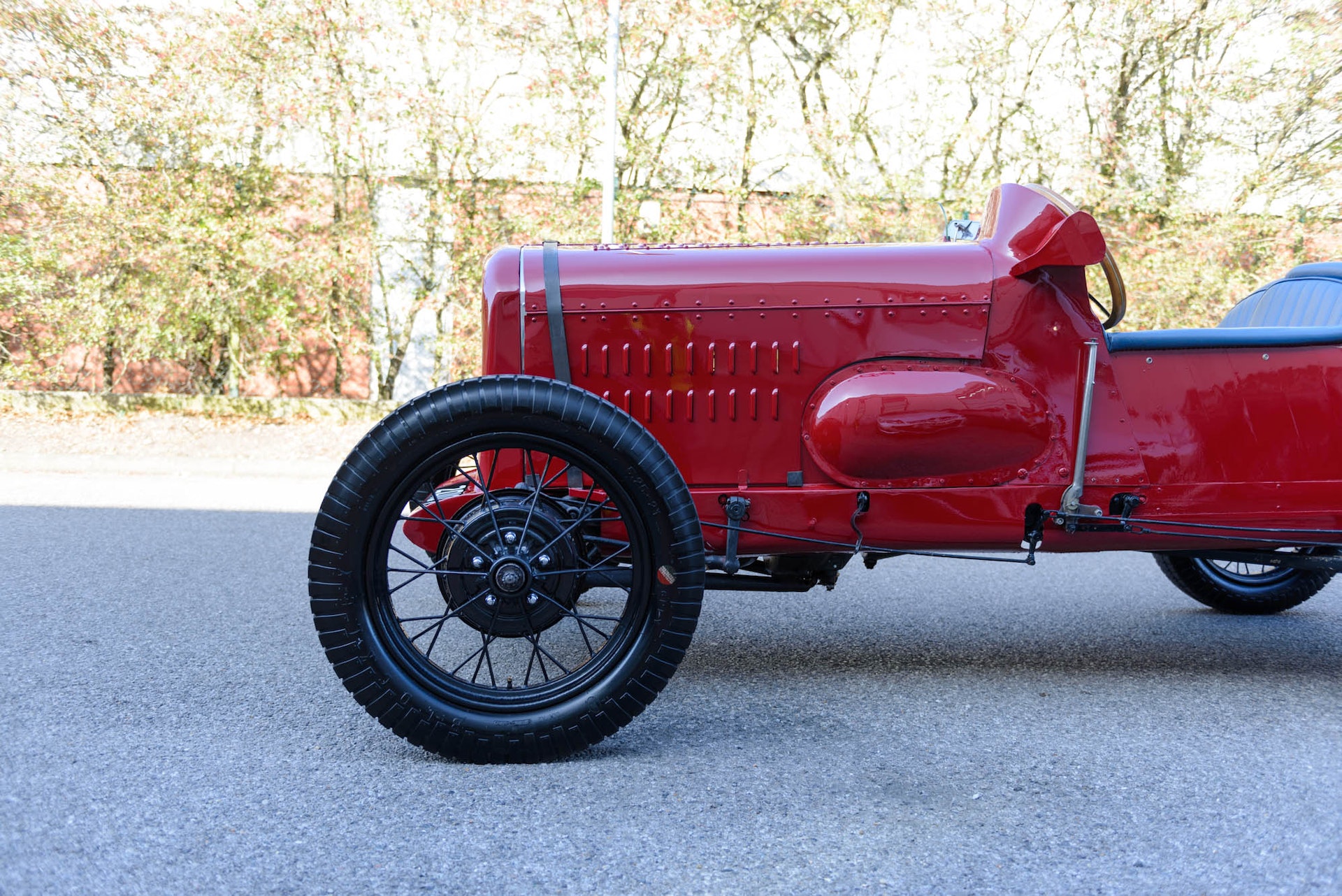 The louvred bonnet and front section back to the cabin is all hand-beaten and rolled aluminium, while the rear boattail is fashioned from aviation timber. Ahead of the driver, the steering wheel sits within a moulded aero cowling, while there is a small fold-down windscreen for the passenger. The speedster rides on a set of black wire wheels. 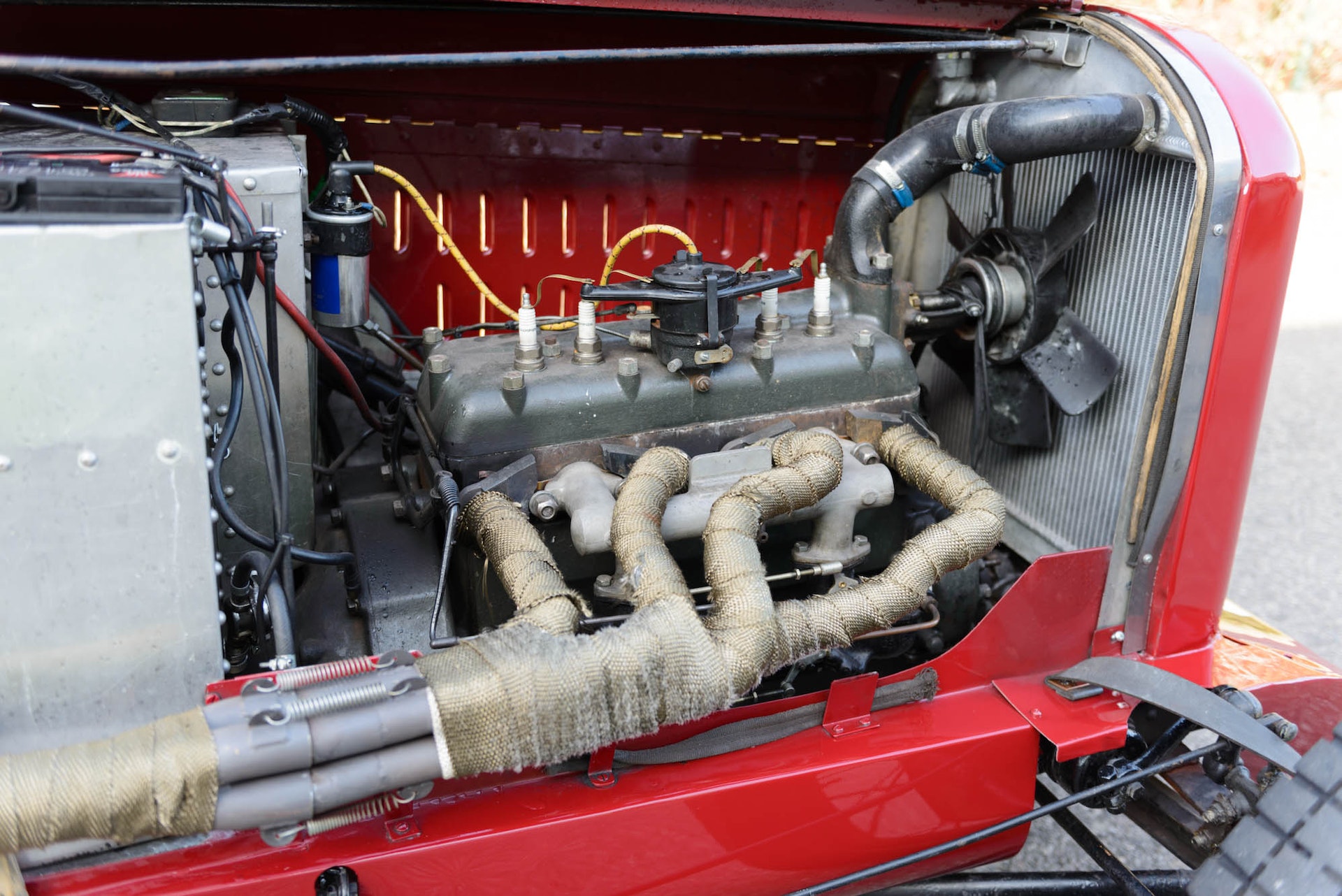 Its engine is based around a standard 3.3-litre inline-four Ford block, which was fully stripped down and subsequently bored out to 3.5 litres. It was then completely white-metalled to protect the components, and the crankshaft, flywheel, pistons and conrods were all fully balanced. It also received new valves, guides, springs, and a high-lift camshaft. 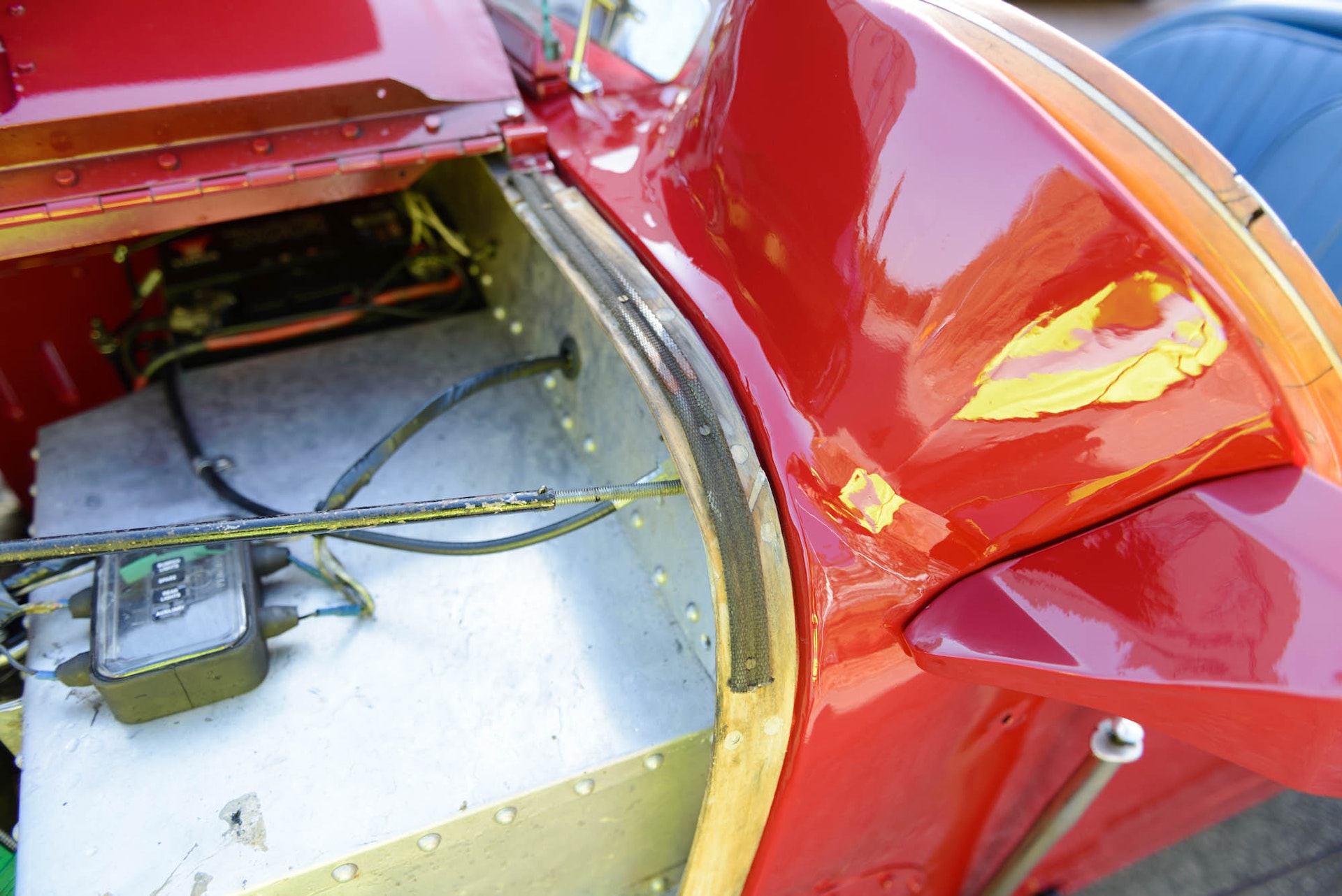 A high-compression cylinder head was fitted, as was a Vortex dual up-draft intake manifold connected to twin Zenith carburettors. The car has a bespoke fabricated radiator, as well as a custom-built exhaust system that has been fully wrapped. Finally, the clutch, water pump and distributor were renewed, along with all gaskets, seals and bearings. 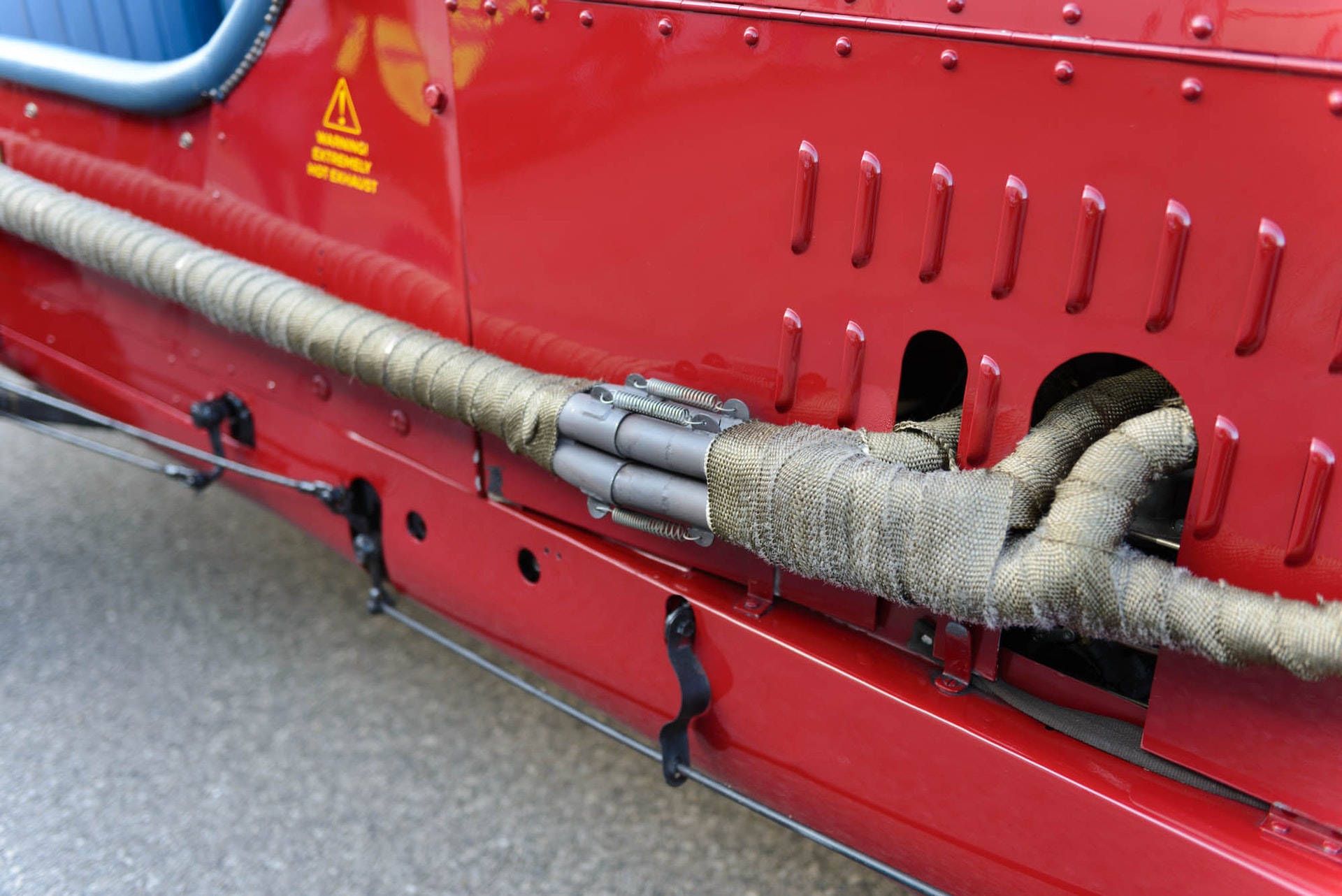 The resulting powertrain produces approximately 80bhp and around 110lb ft of torque - twice that of a standard Model A engine. Sensibly - given the car is so light and therefore surprisingly fast - the brakes have also been upgraded. 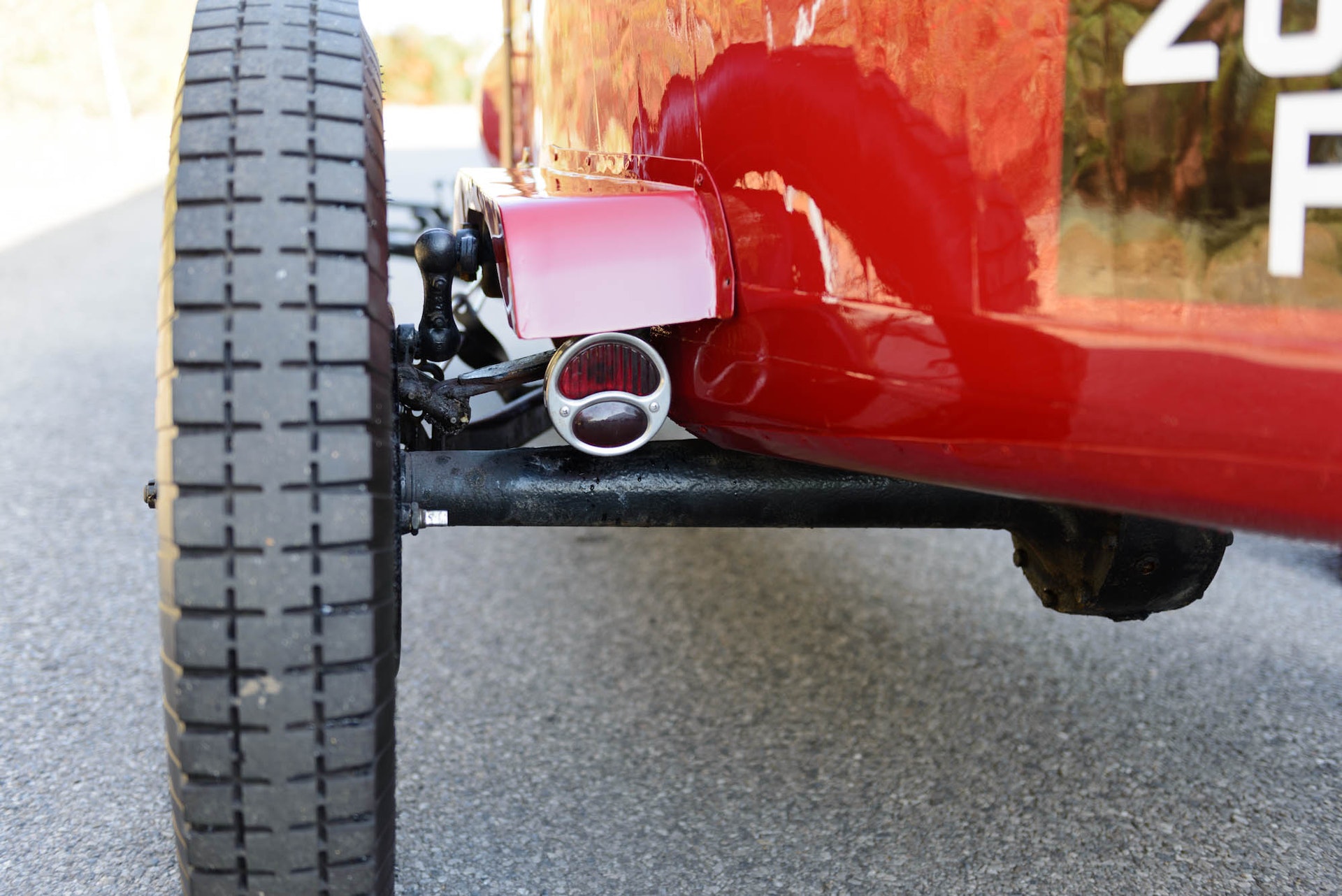 Having acquired the car in bare metal and wood, the current owner chose to have the car painted in a deep red hue, enigmatic of numerous iconic racers of the same era. The finish is still in excellent condition all around the car, with just a couple of larger chips noticeable ahead of the passenger windscreen. 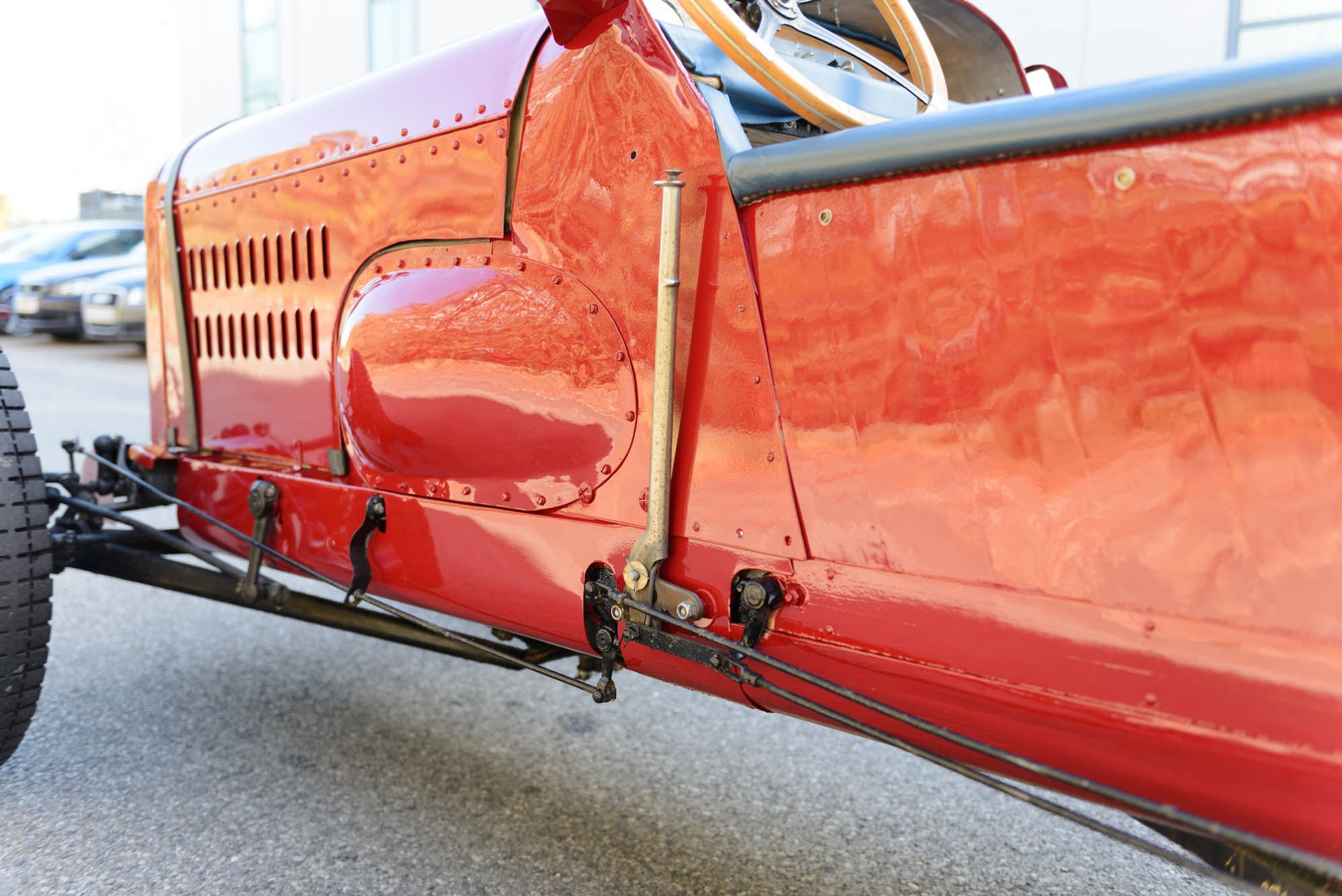 The interior is described by the vendor as being “charmingly shabby chic”. Its blue leather upholstery still looks very smart, while the simple wooden dashboard houses four instrument dials for amps, oil pressure, fuel level and speed. The speedometer is in miles, although the mechanical calibration is out - but hand-written miles-per-hour markings outside the dial are correct to GPS-recorded speeds. The odometer does not currently function. 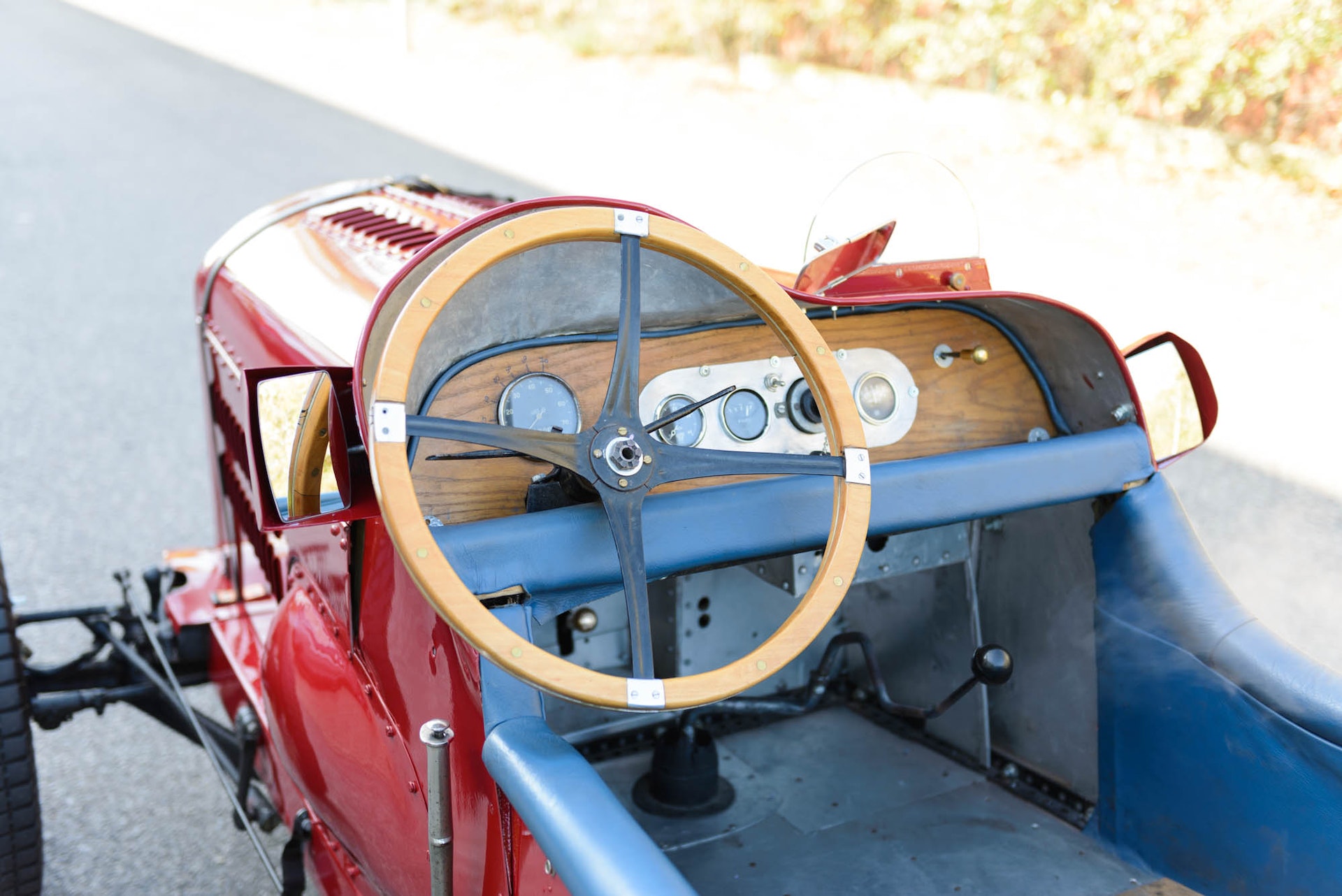 During its bespoke build, this car was completely mechanically refurbished and uprated, and since then it has been fettled and improved to ensure it runs and drives superbly. The engine bay is tidy and the underside is in very good order. It was last serviced by Litre Classics in Hampshire, a specialist in historic racing and restoration. The vendor’s businesses also has its own workshops, where the car has been checked and tinkered with. 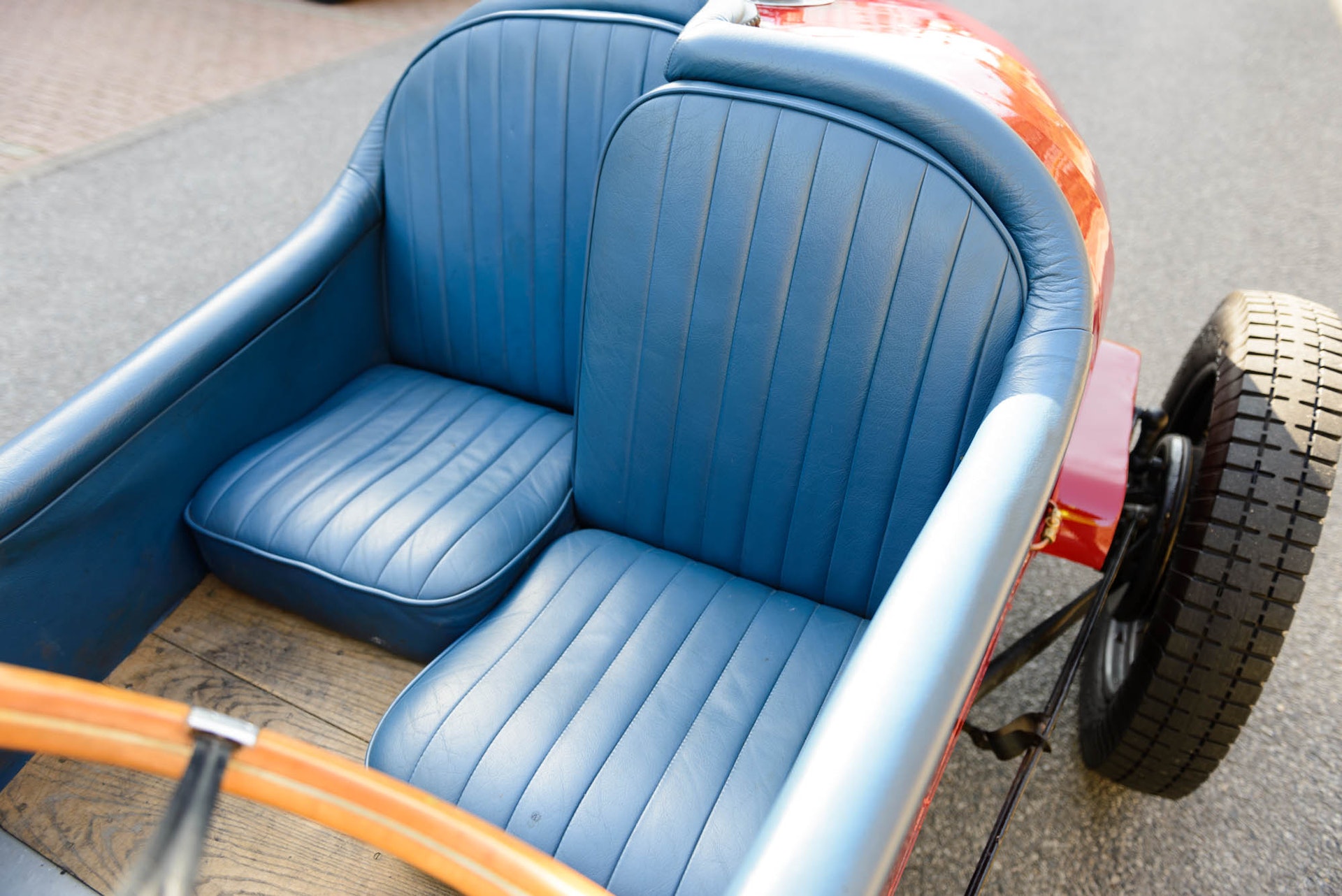 Given its 1930 age of registration, the car is exempt from the annual MOT testing requirement. The wire wheels wear a matching set of Blockley 5.25 x 21 cross ply tyres, with a triple-stud pattern for an authentic period look. The rubber is in sound condition, date-coded to March 2001 and with around 6mm of tread on all four corners. 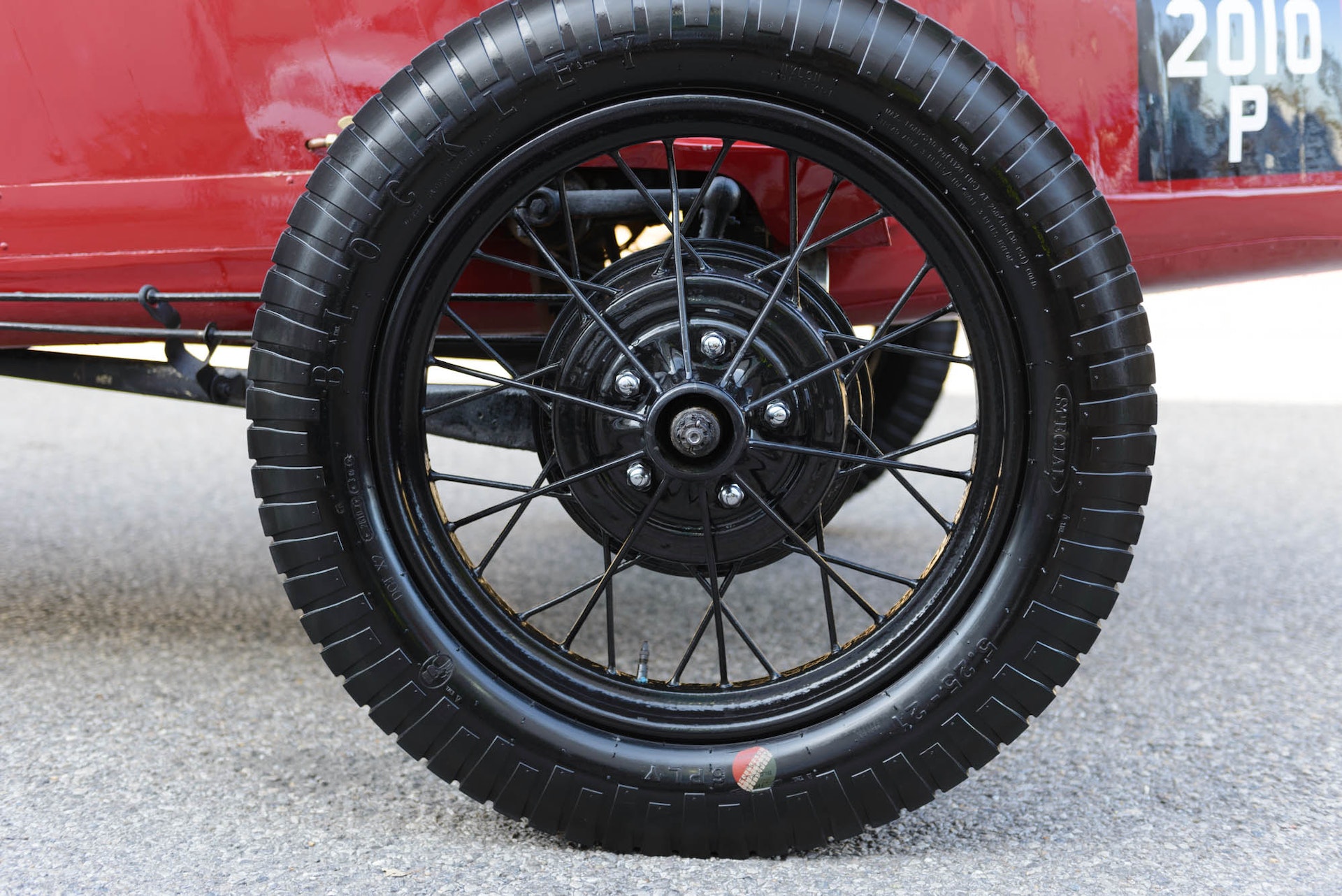 This Ford Model A Boattail Speedster is a loud, visceral and attention-grabbing special. It is certainly not a car for the faint-hearted, nor the shy and retiring, but has proved to be a reliable steed that delights everyone who sees it. This custom vintage build is now offered to a new owner, who should be ready to be surprised and thrilled by something that’s a bit different. 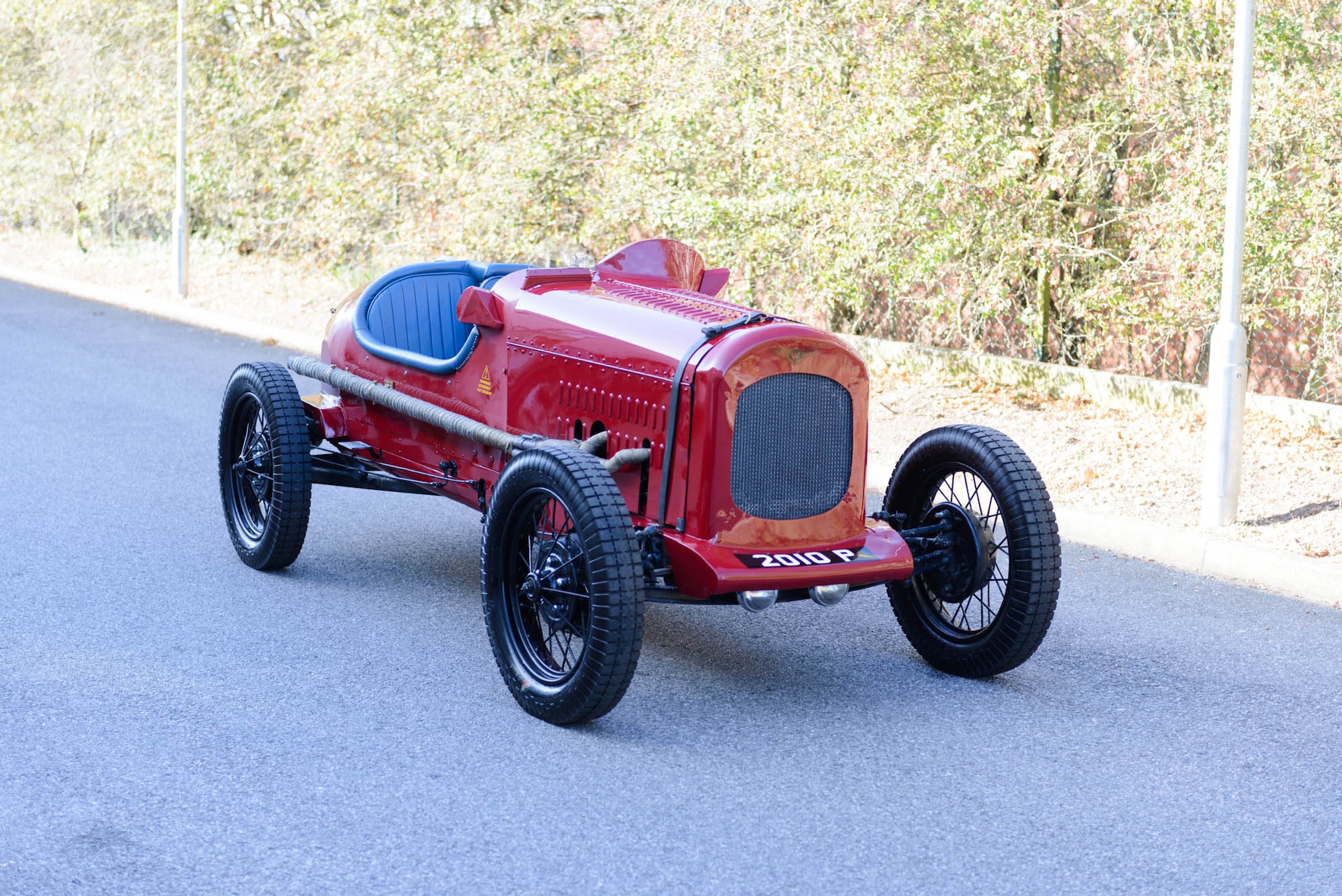